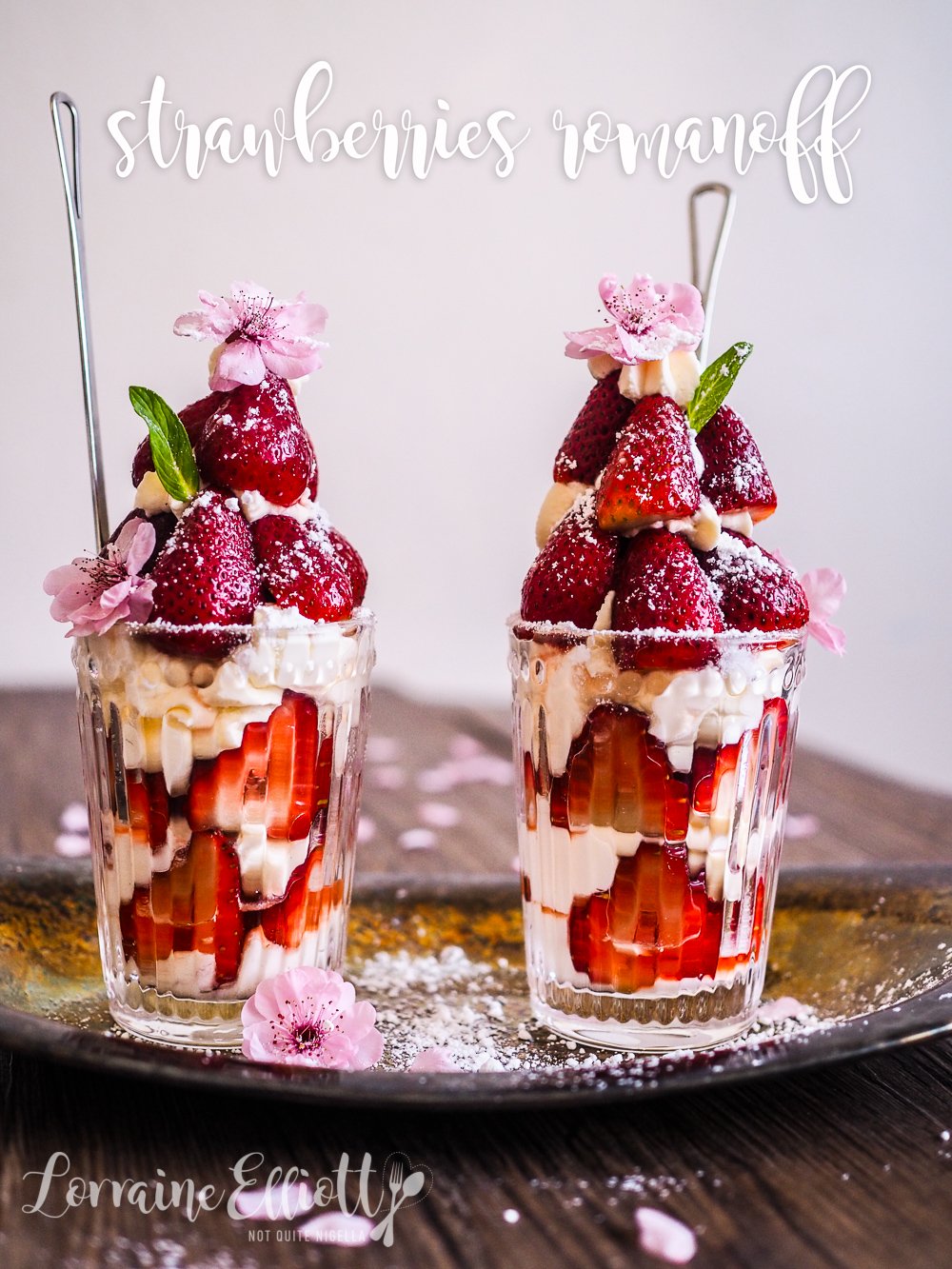 Strawberries are in season at the moment and one of the easiest things to make with them is a variation on strawberries and cream. Strawberries Romanoff is a heavenly combination of strawberries macerated in Grand Marnier and sugar and topped with whipped cream and sour cream!

As most people in Australia would be aware, at the moment we are going through a strawberry tampering crisis. Thanks to a sick person/s needles were inserted into strawberries and people are only finding them when biting into them. We've probably all seen footage of tonnes of strawberries being dumped in the ground. But we don't have to throw these away. We can still support the farmers and industry just by cutting the strawberries up. And this Strawberries Romanoff dessert is one of the best ways to serve them.

Legend has it has Strawberries Romanoff was invented by either chef Escoffier at the Carlton Hotel in London or pastry chef Marie-Antoine Carême in France. It wasn't given its current name, back then it was called "Strawberries Americaine Style" but a Beverly Hills restaurateur Michael Romanoff in the 1940's and 1950's cannily put his name to the dessert popularising it in Hollywood. 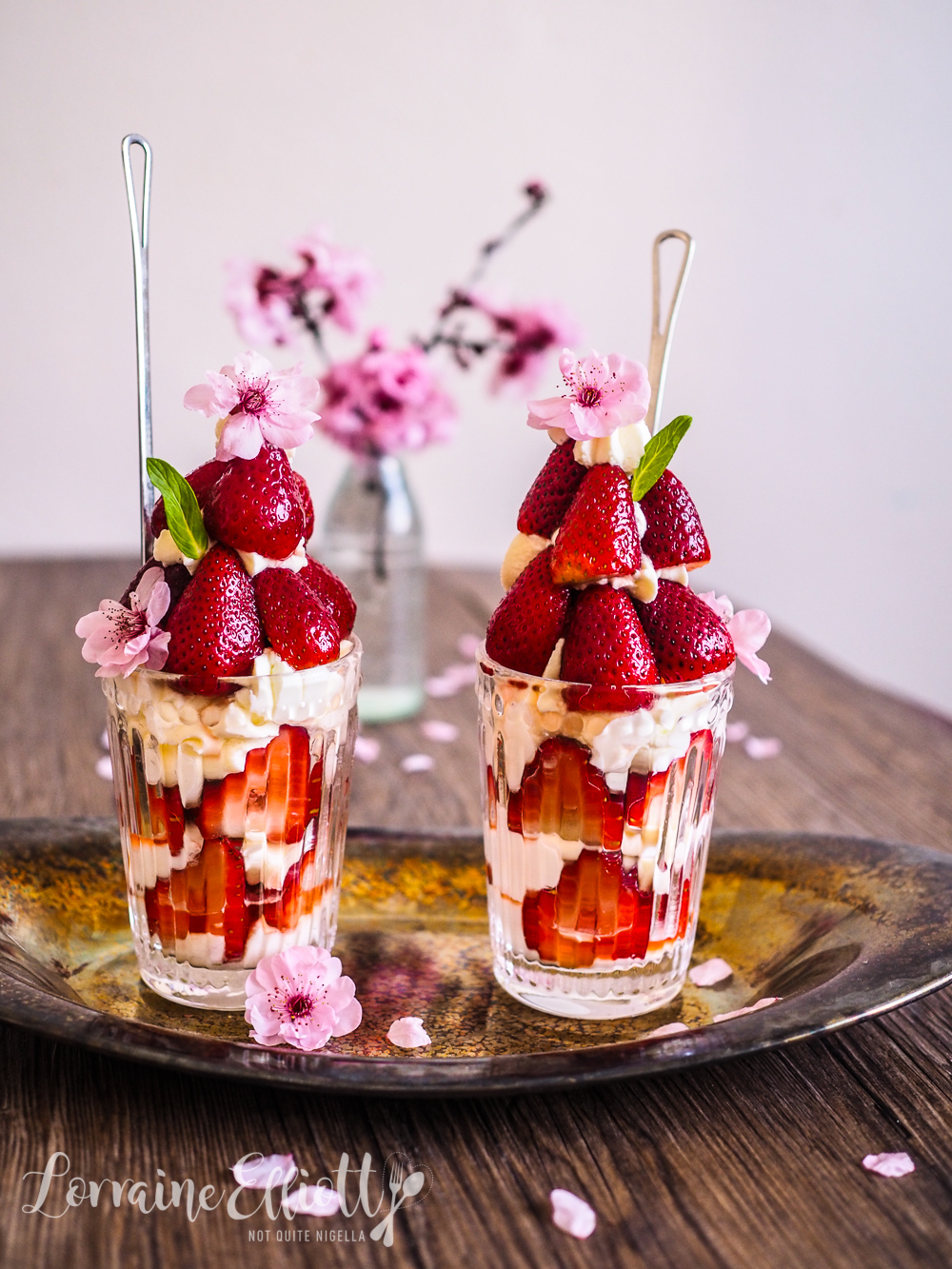 Some recipes use brown sugar, others use other liqueurs (rum, strawberry liqueur), while some mix ice cream and vanilla in the dessert too (an American adaption). But they all have one thing in common: it's an incredibly easy dessert to make that is perfect when strawberries are in season.

I always thought that this dessert had something to do with the Romanovs, the famous but ultimately doomed Russian dynasty but I was mistaking the name. I recently got some other names mixed up. The lady upstairs in our apartment block was dog sitting a dog called Steve. I always find it hilarious when dogs get regular human names. I knew about Steve because she sent around an email to everyone in the block asking if it was ok to keep him in her apartment. 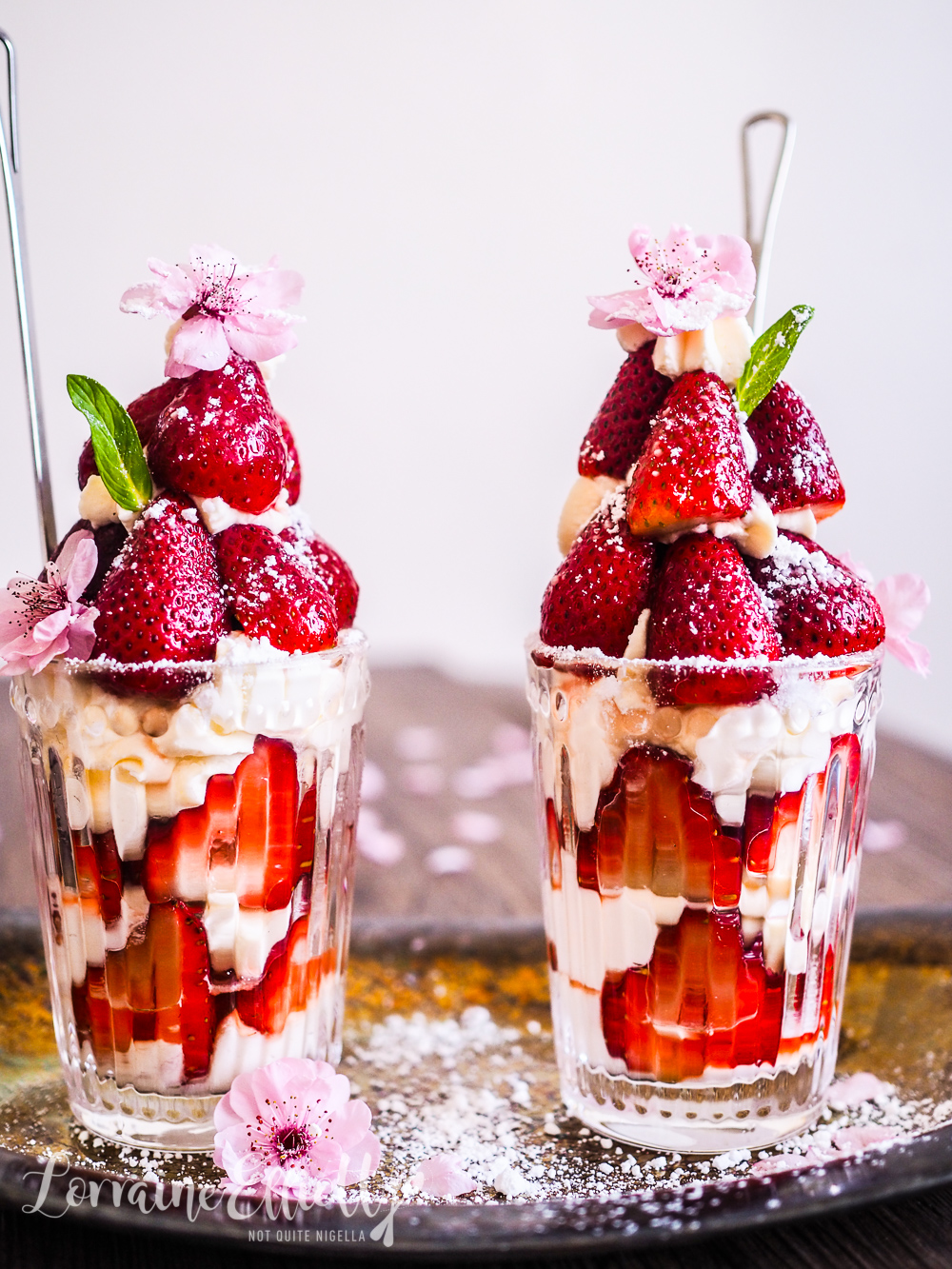 Another friend (who shall remain nameless as her husband and his colleagues read the blog and I don't want to get her in trouble ;) ) has a crush on an acquaintance of hers called Steve. I've only seen Steve once from a distance but never talked to him or been introduced.

One night I picked Mr NQN up from work and said, "I finally met Steve!" I told him excitedly. "He's SOOO lovely and such a sweetie and ridiculously gorgeous!" I gushed. "He loves to lick!" I added. I meant of course the dog Steve who I saw in the stairwell as I was leaving that evening. 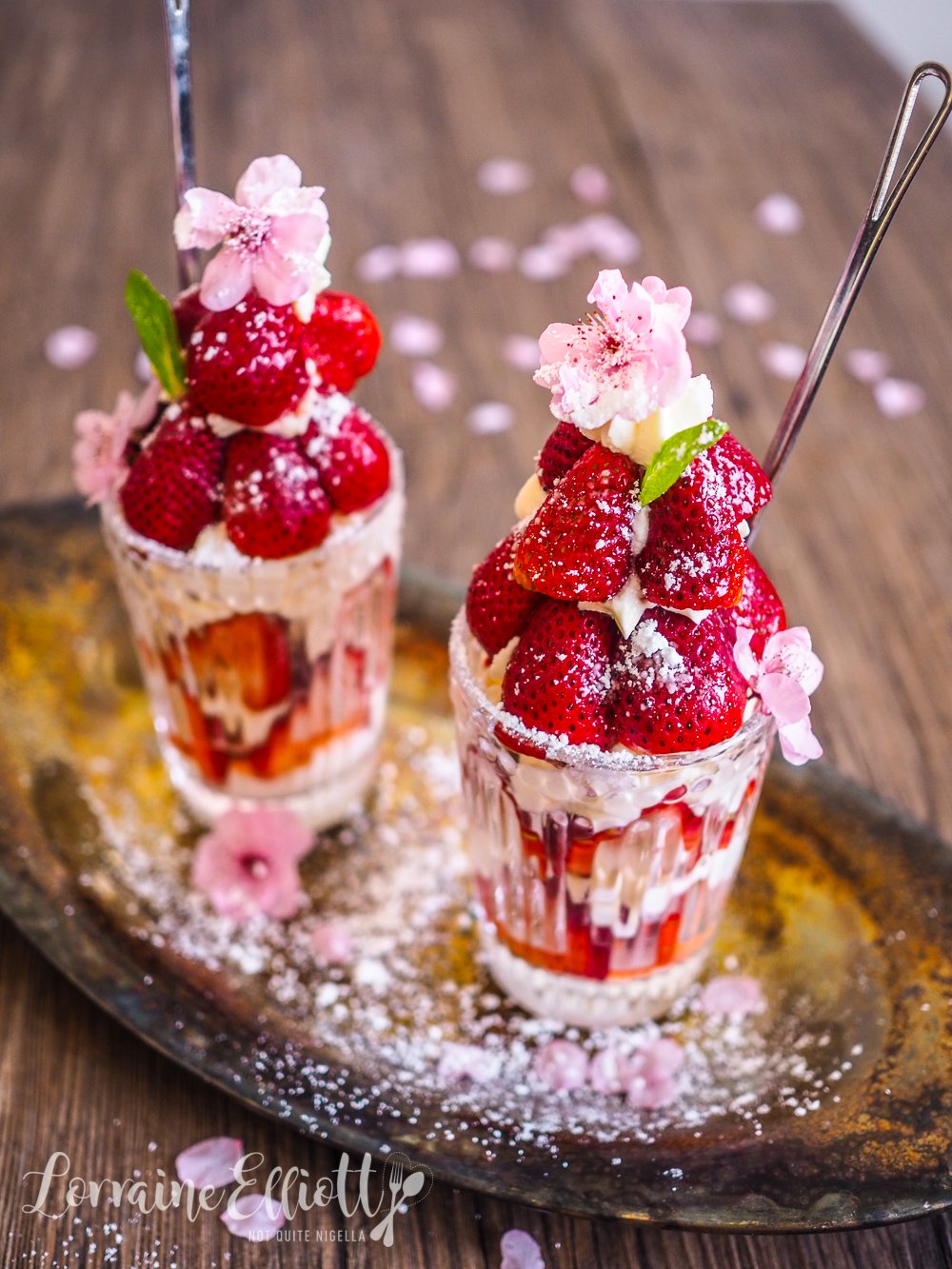 Mr NQN laughed. He thought that I meant the human Steve (luckily he's the least jealous person in the world). It was only when I mentioned the licking that he twigged I meant the dog Steve and not the human one!!

So tell me Dear Reader, do you find dogs with human names funny? Are you still buying strawberries? 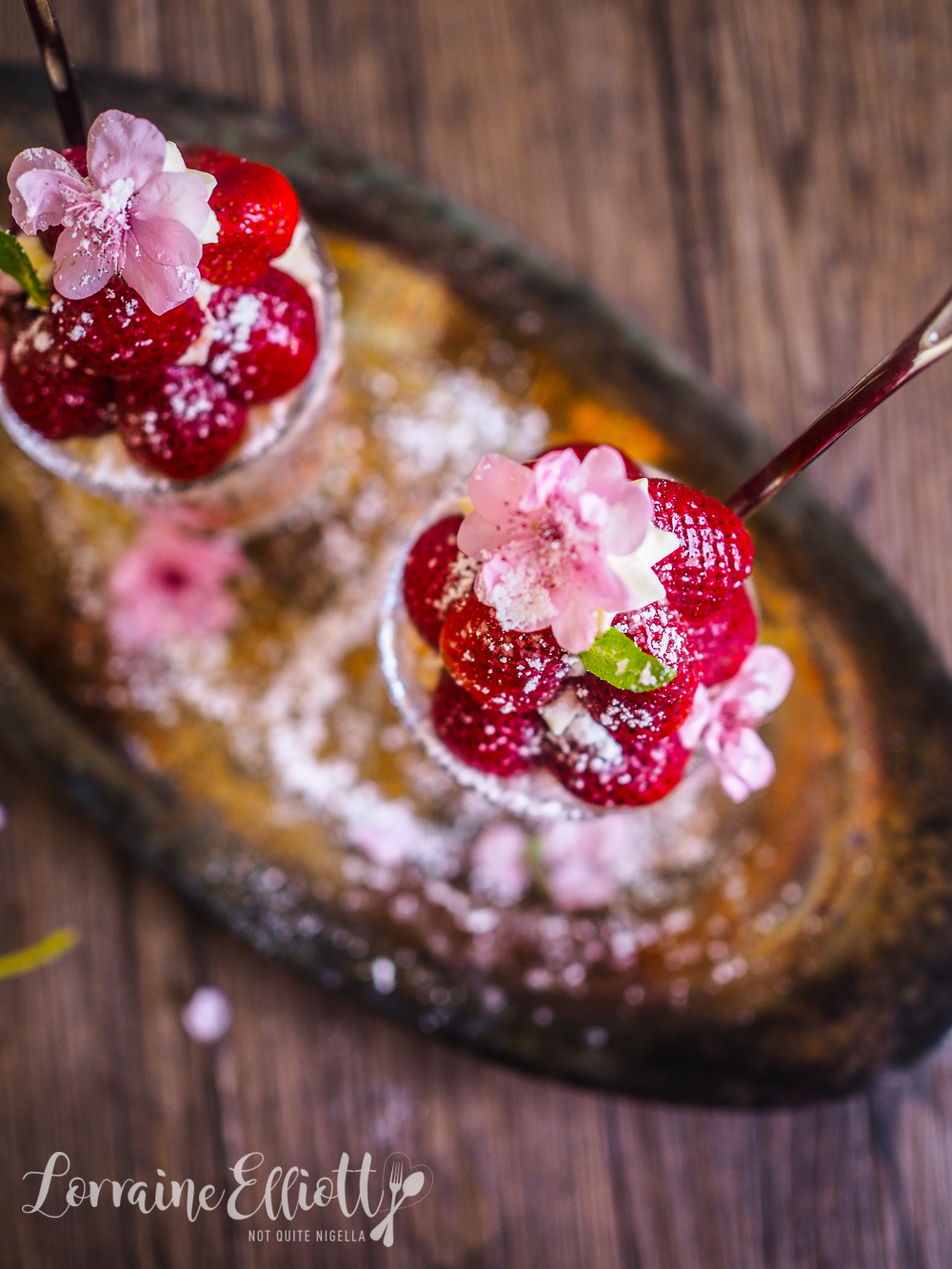 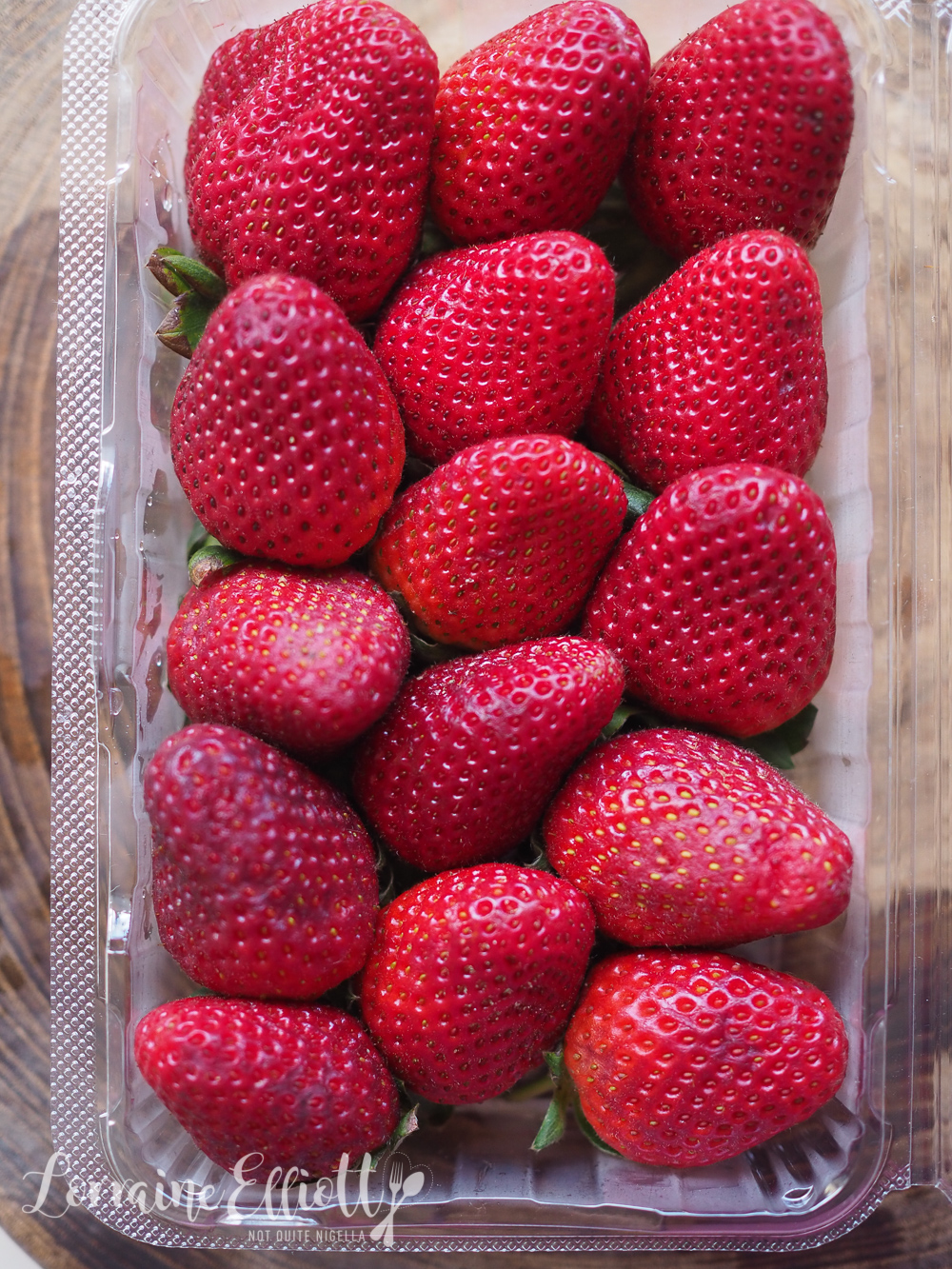 Strawberries, you know them right?

Step 1 - Mix the caster sugar and Grand Marnier in a bowl. Wash and hull the strawberries and cut them in half and place in the bowl. Gently toss in the Grand Marnier syrup and allow to macerate for 1 hour. 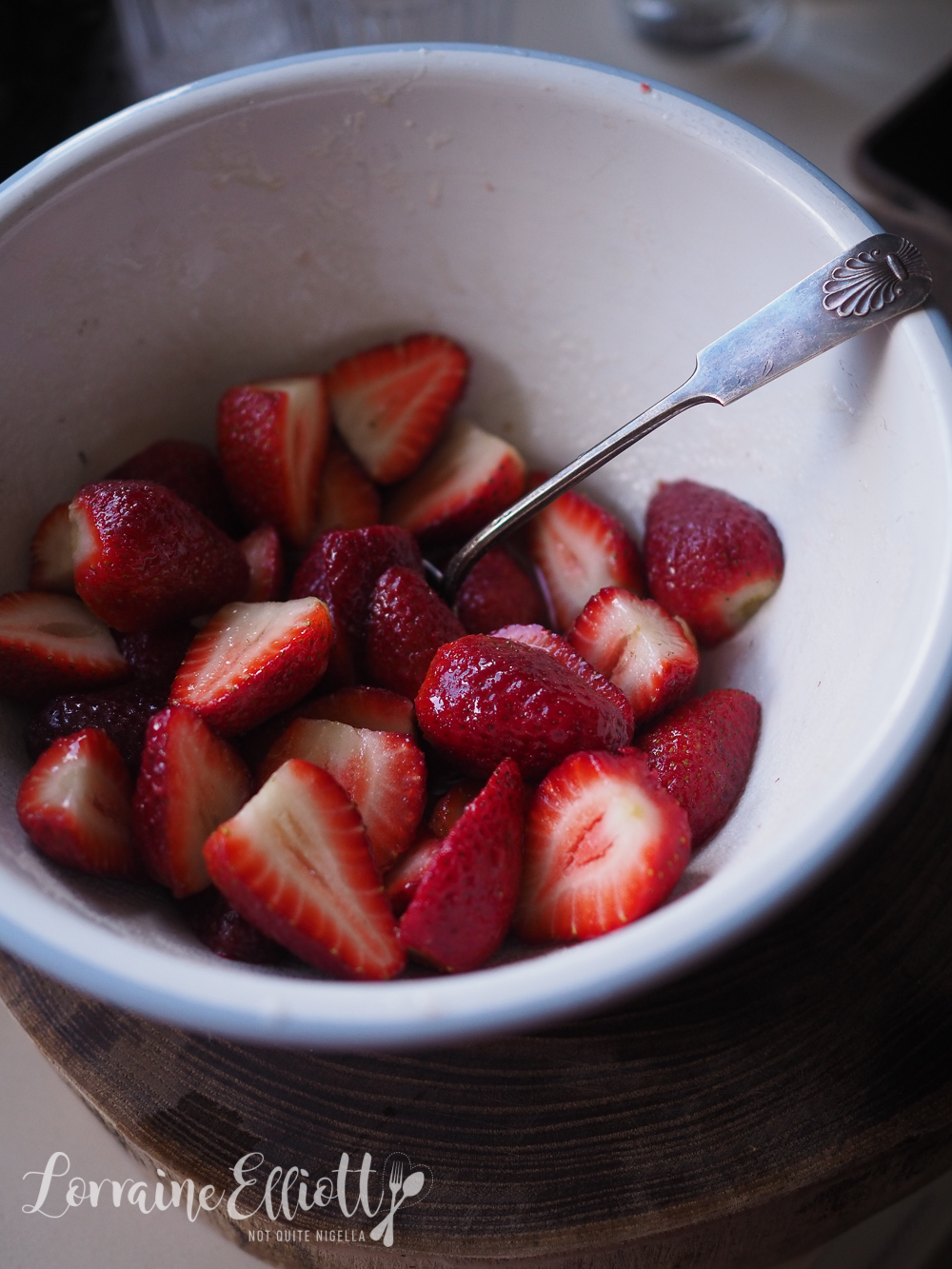 Step 2 - Whip the cream with the icing sugar until soft peaks. Add in the sour cream and whip until stiff. Place in a piping bag with a star tip (#15). 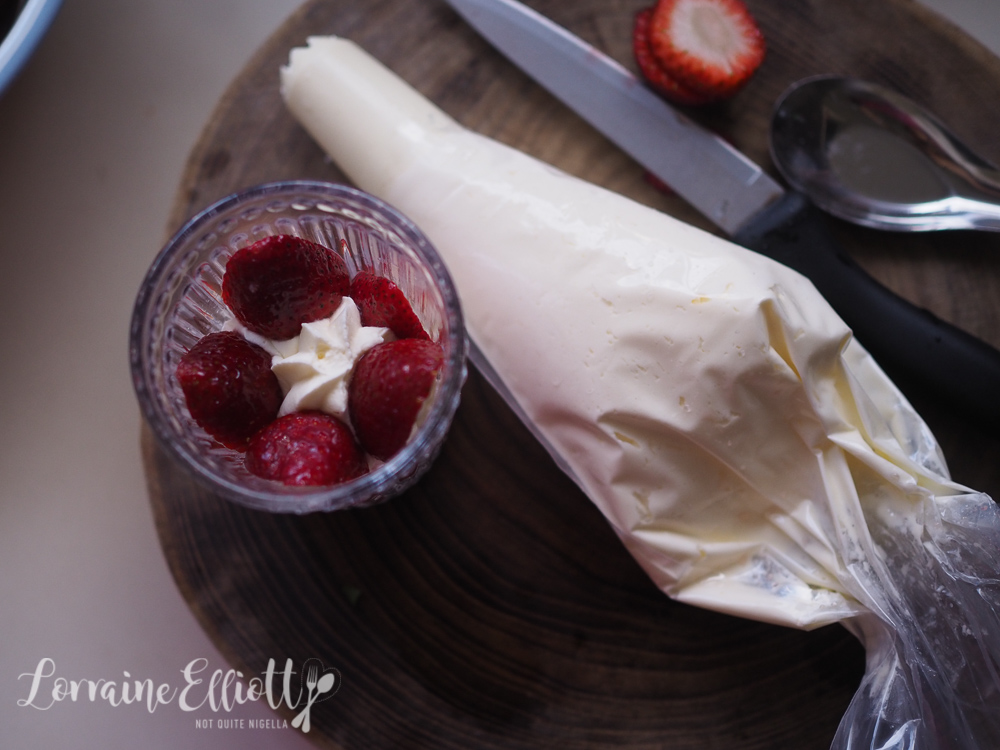 Step 3 - Take two glasses. Pipe some cream in the centre bottom of the glass and place the strawberry halves around the edge (cut side facing outwards). Layer more cream and strawberries (you can also spoon some of the Grand Marnier syrup into the glass to fill the crevices). Then once you've reached the top of the glass, place a strawberry half in the centre and pipe cream around it and place the strawberries around this. Repeat with the smaller strawberries halves on another layer on top. You can also dust these with icing sugar and add mint leaves and edible flowers. 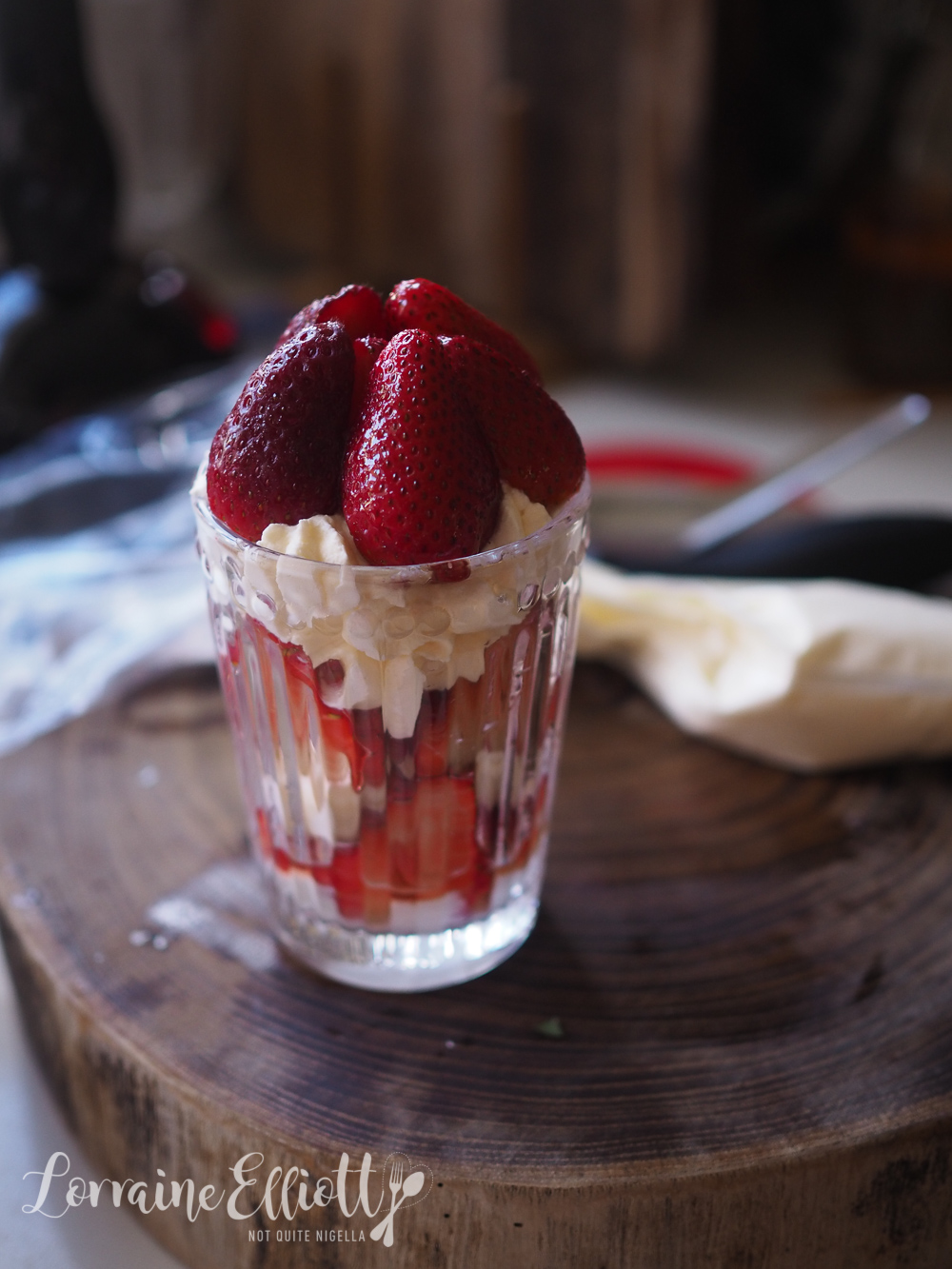 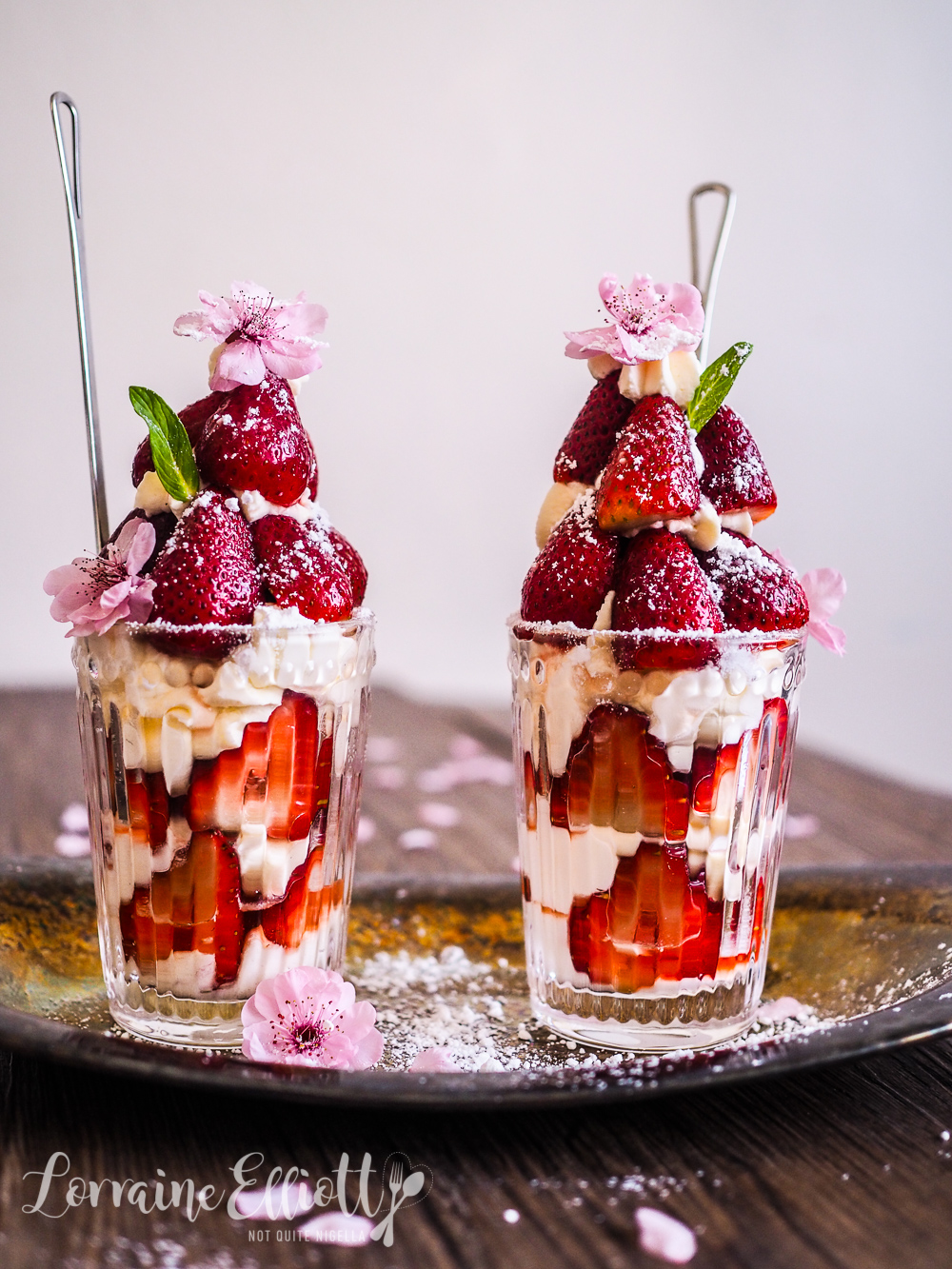