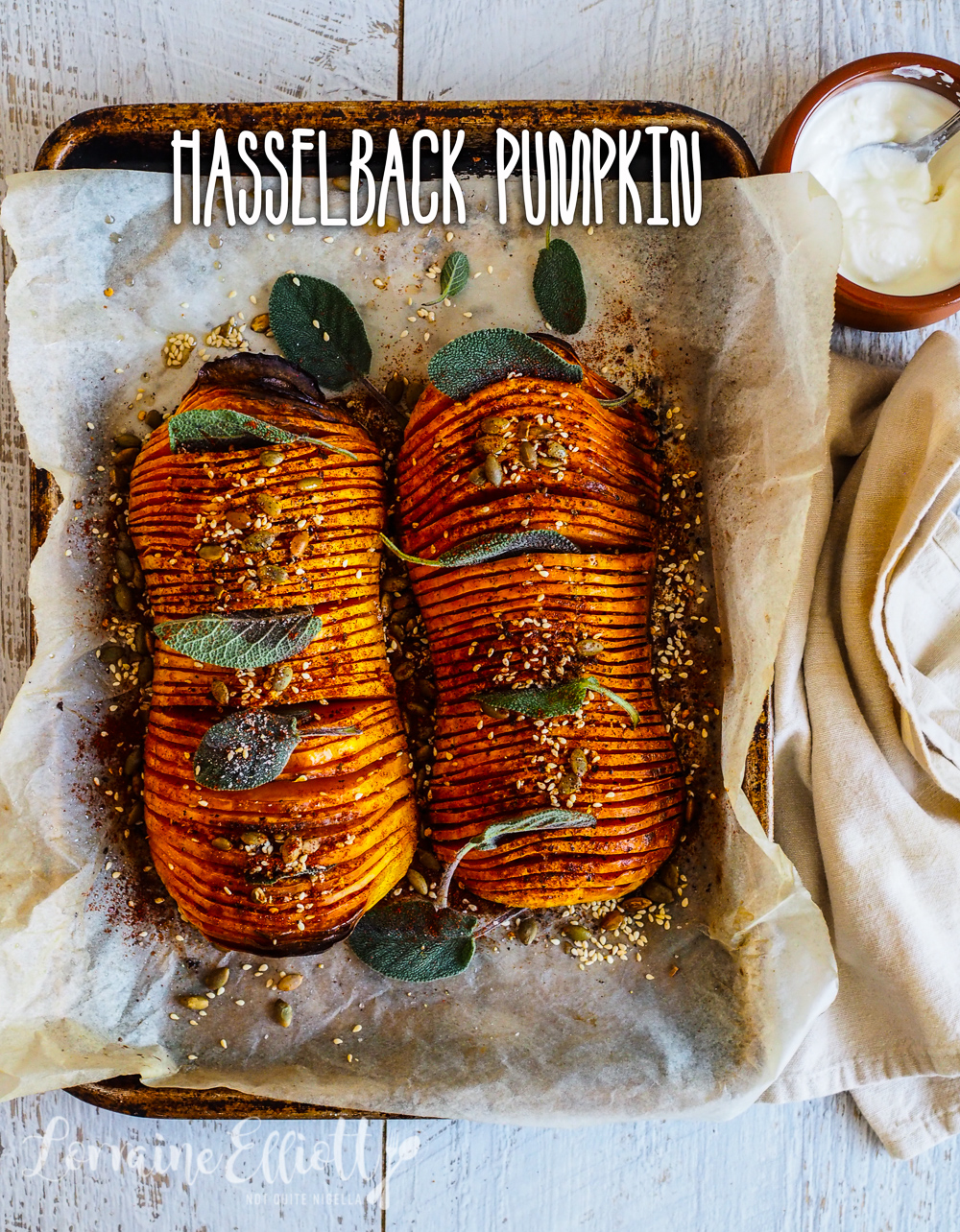 Looking for a tasty side dish to go with some meat? Or are you just looking for a delicious and nutritious standalone meal? This hasselback pumpkin or squash is both and is striking enough to serve to guests. It's basted in nutty browned butter and then topped with sage leaves, toasted pumpkin seeds and sesame seeds, paprika and chilli and served with garlic yogurt. It's also surprisingly easy to make too!

This roasted hasselback pumpkin was made as a side dish to go with a roast pork. My friends JY and Ben had invited us over to their house for dinner where she was cooking a pork belly roast, charcoal blue swimmer crab and pork fat potatoes. Our contribution was a side dish of this hasselback pumpkin and dessert (tiramisu) and I also brought some maple, bourbon apples to serve with the pork.

JY knows me really well because when we were driving en route, she asked me what time we were coming because she knew that I would want to get some video of the pork rotisserie action. When I arrived Ben was in the backyard attending to the pork and he opened the lid with a flourish. 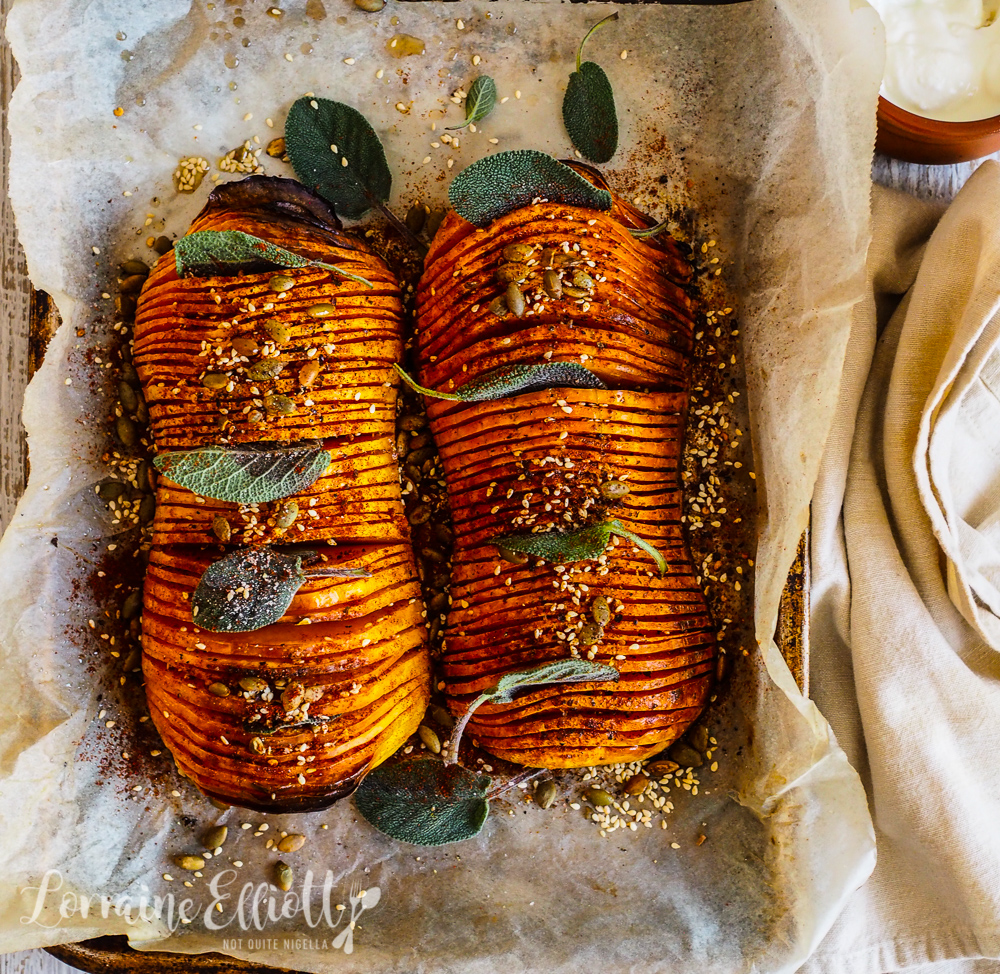 Rotating like a diamond in a museum display, the pork belly was a glorious specimen with a crisp, crunchy crackling and tender, melting meat below. And along with potatoes, pumpkin and apples, it was the perfect winter meal. I was almost tempted to get a barbecue but so far have resisted. And then came the clincher.

After tiramisu, JY asked if we wanted to toast marshmallows. She had bought some long metal skewers and had some marshmallows. And we spent the rest of Saturday night sitting outside toasting marshmallows and marvelling at how they become exponentially better once they're toasted.

So tell me Dear Reader do you have a barbecue? Do you have any barbecue recommendations? And how often do you toast marshmallows?

To make browned butter heat butter in a heavy based saucepan on medium to high heat until it smells nutty (be careful to not burn it).

Step 1 - Preheat oven to 200C/400F and line a baking tray with parchment. Slice the pumpkin in half, lengthways. Peel the pumpkin making sure to get down to the orange part (there's a thin white layer) and scoop out the seeds. 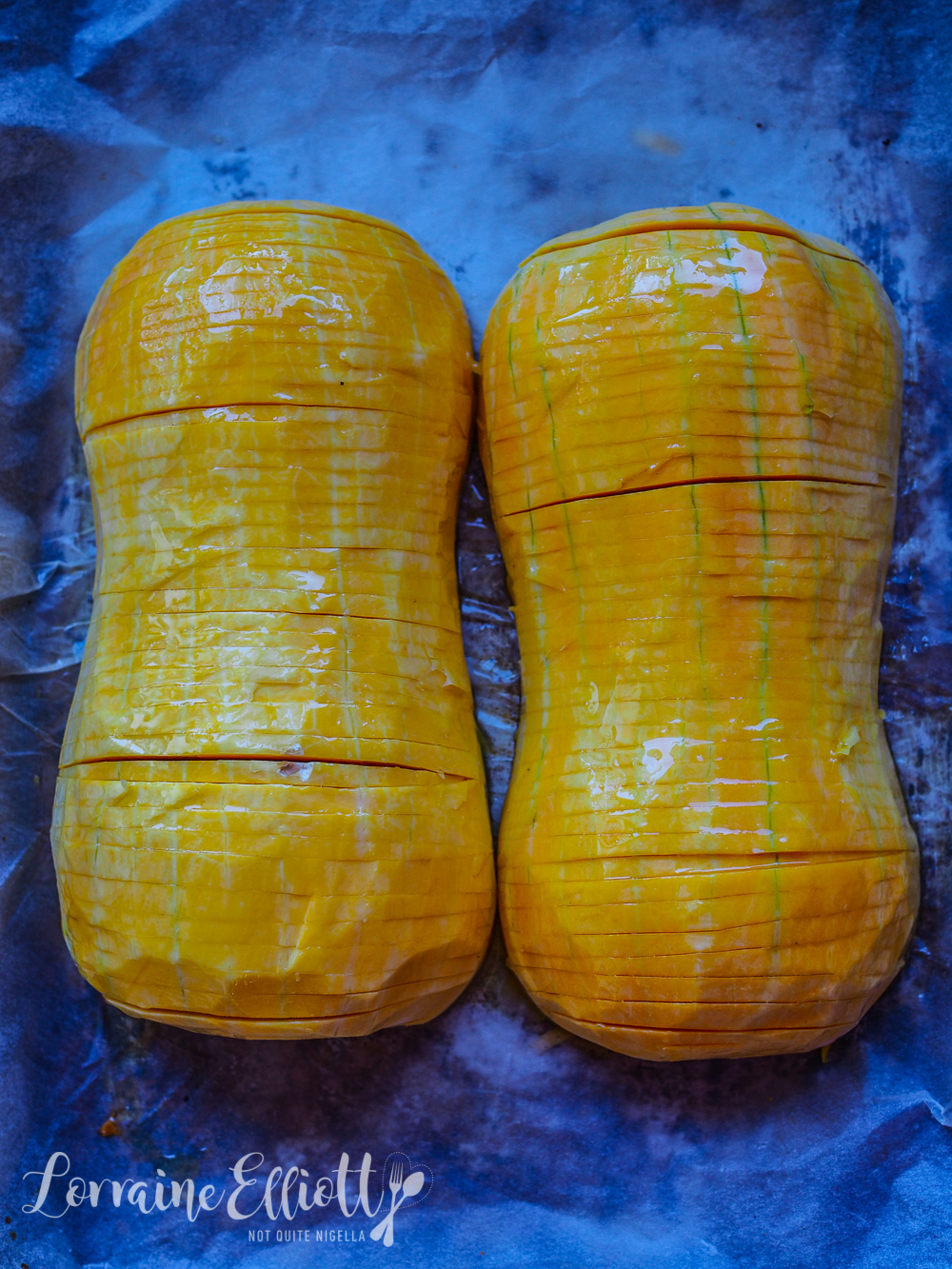 Step 2 - Take two disposable chopsticks and place them either side of a pumpkin half. Make slices down the pumpkin-the chopsticks will prevent you from cutting all the way down. You can also par-bake the pumpkin if it is too hard (par-bake for 15 minutes or until it has a bit more give when you cut into it). Brush with some browned butter and bake for 45 minutes. 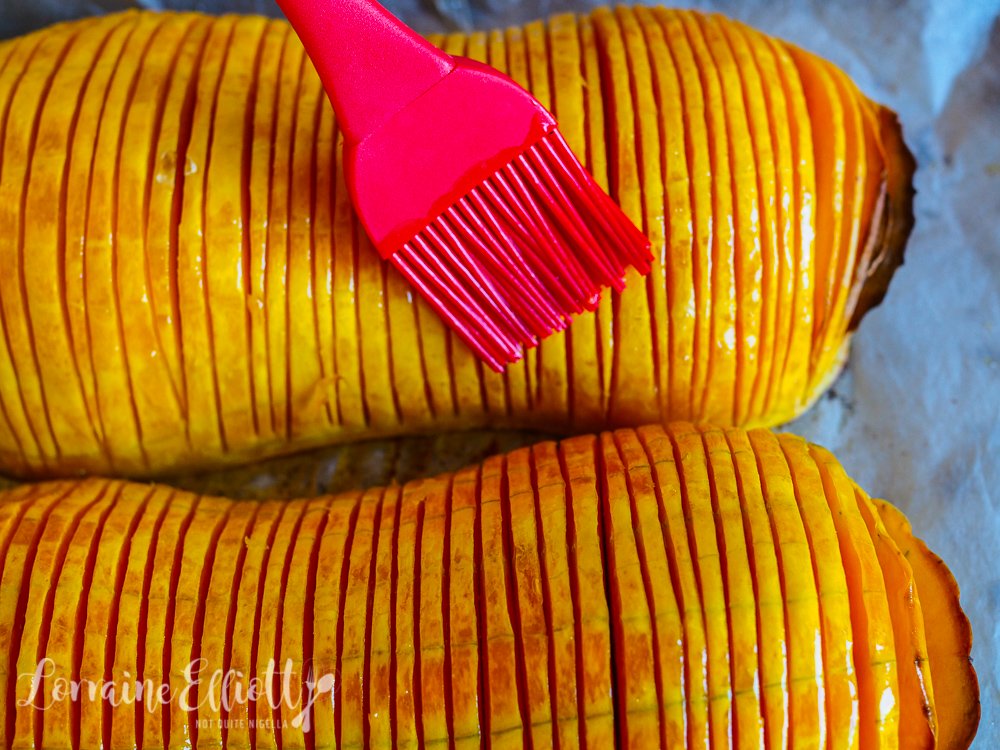 Step 3 - Press down on the pumpkin to open up the slices and add more browned butter and sage leaves. Sprinkle with the pepitas and sesame seeds and bake for another 15 minutes. Serve with garlic yogurt - to make this, stir the grated garlic into the yogurt. 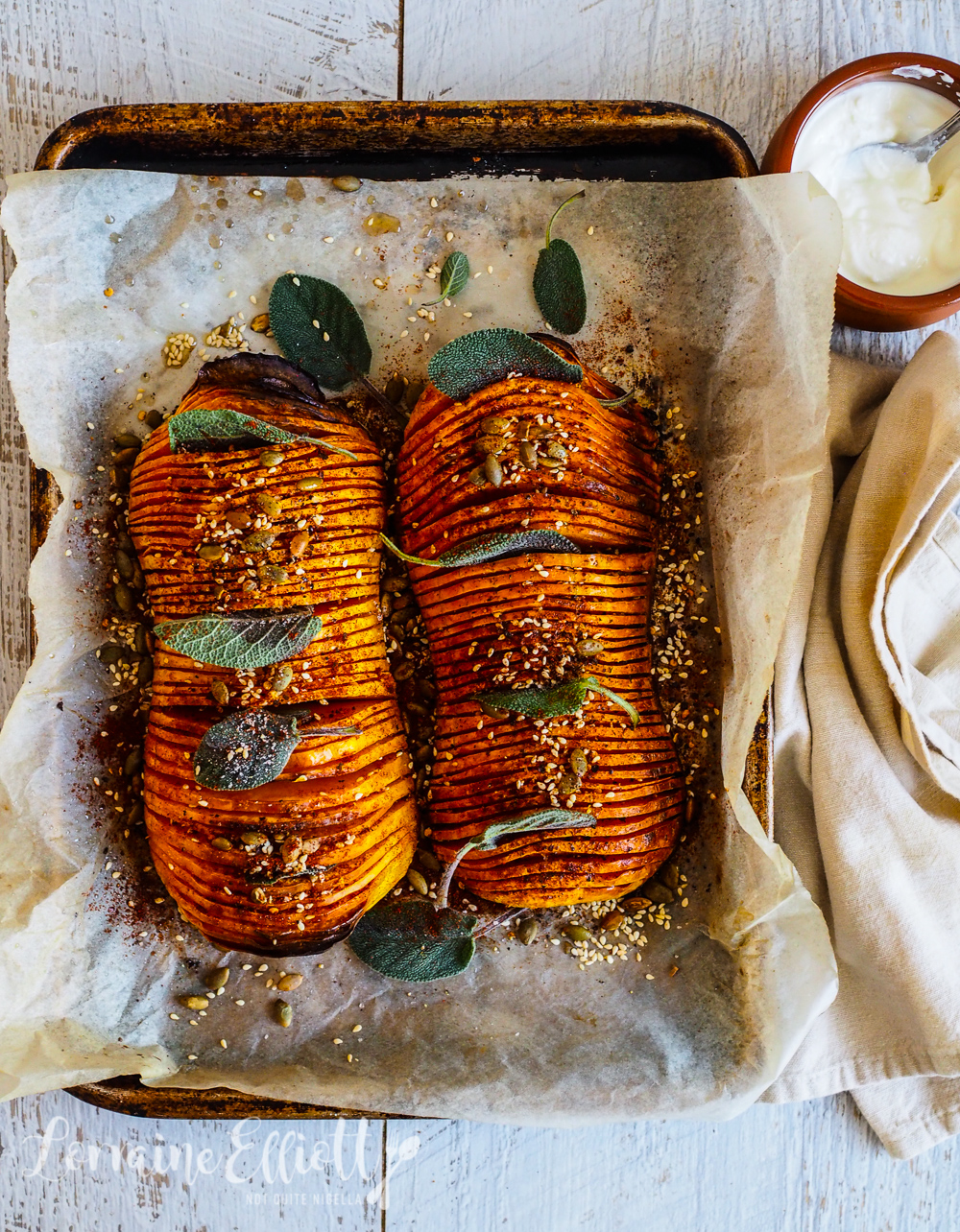