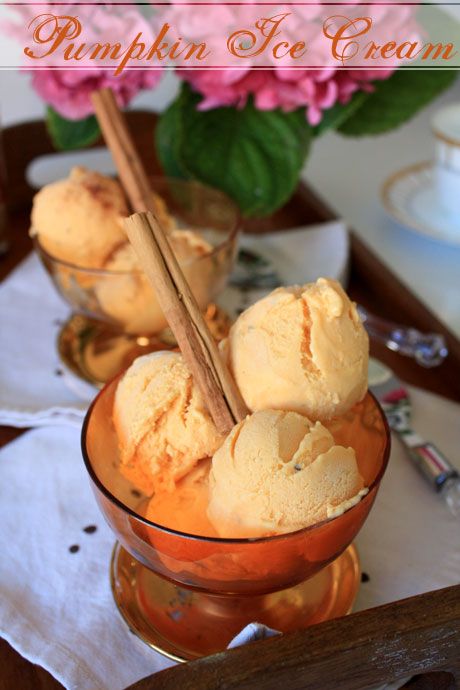 I was having a Julie & Julia moment. It was just after the beginning of January and a good 2 months into Summer before I made my first Summer ice cream. I knew why exactly and it was because my problematic freezer was unable to get to the requisite temperature in order to chill an ice cream bowl. It decide to revolt in the most alarming way too. I had someone at my house who is a renowned food critic and food writer, and as I was getting out some milk from the fridge for our tea when I tried to close the door and the top of the door has dislodged itself from the hinge. The stupid fridge was only a few years old yet somehow it had decided that on that day of all days, it was going to throw a tantrum. I would have preferred my husband to wander out of the bedroom in his underwear at that point*. 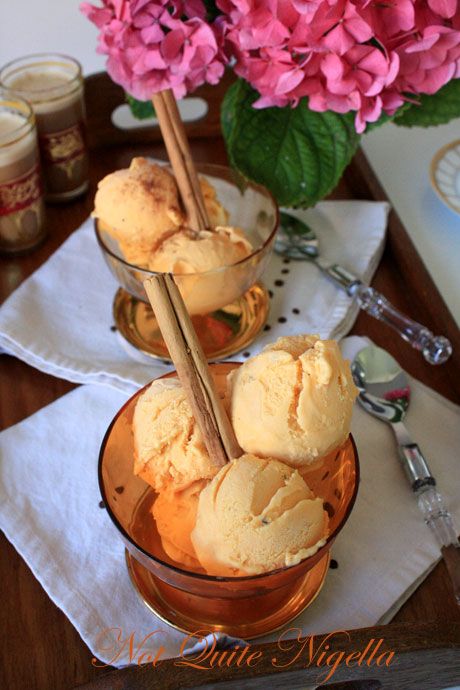 That day, after that embarrassment, I decided to show the fridge who was boss and we bought a new fridge freezer. The very first thing I did was stick a thermometer into the freezer and I was relieved when I saw half an hour later that it had reached -20C  so I popped my ice cream bowl in there to freeze. I wanted to try a spiced pumpkin ice cream as I adore pumpkin pie and thought that this was a more weather friendly way of eating it. It required a bit of experimentation with the amount of pumpkin needed but as ice creams tend to be, it was easy enough.

Ice cream is my least favourite thing to photograph. The problem with ice cream is that one wants to eat ice cream when it's hot and photographing it when it's hot proves an absolute bother as far as timing goes. Usually when photographing things I like to do it ad hoc and when inspiration strikes me. I may add a prop or two after taking some photos and I take my time. But with ice cream I need to plan things and have a clear idea in my mind of how I want it. I had to set everything up, scooped the ice cream into balls and then placed them in the freezer until they were ready. And this is also when I had Mr NQN waiting in the background for his share once I had finished where he'd have some with a hot toddy. 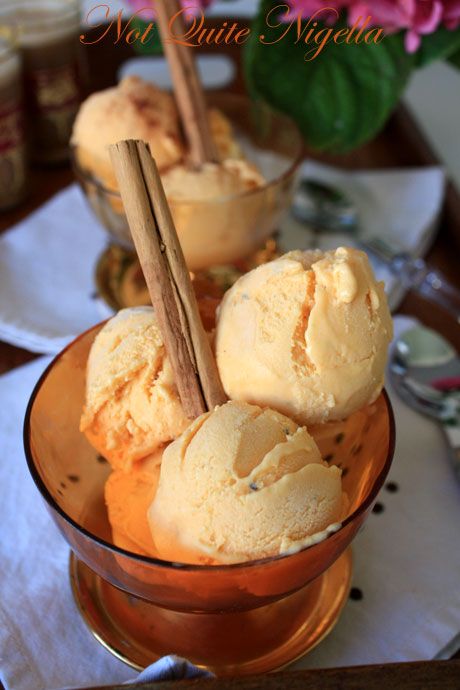 I didn't mind the ice cream, in fact it was pleasantly pumpkiny and the spices were wonderful. It was the perfect ice cream for an evening spent at home. It is however fairly strong in pumpkin so if you like your flavours more muted, you could use half the amount of pumpkin and spices needed but leave the rest of the ingredients as is.

So tell me Dear Reader, what is your favourite ice cream flavour?

*Mr NQN would never do this thankfully. I'm more likely to embarrass him.

Step 1 - In a medium saucepan place  pumpkin, cloves, cinnamon stick and cardamom seeds and enough water to cover the pumpkin and simmer until pumpkin becomes soft. It will take about 10-20 minutes depending on how big you cut the pumpkin. Remove pumpkin pieces, cool slightly and puree and place in the fridge once it has cooled down so that it becomes cold (or place in an ice bath in the sink). 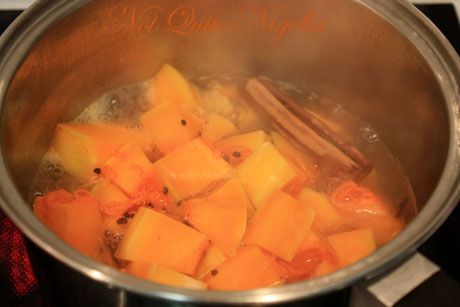 Step 2 - In a small saucepan, heat cream until almost boiling. In a jug whisk egg yolks and sugar until a shade lighter. Stirring constantly, add the egg and sugar mixture to the cream and turn down the heat so that it doesn't scramble the eggs. When thickened remove from stovetop and cool. Once it has cooled down place in the fridge to become cold (or place in an ice bath in the sink). 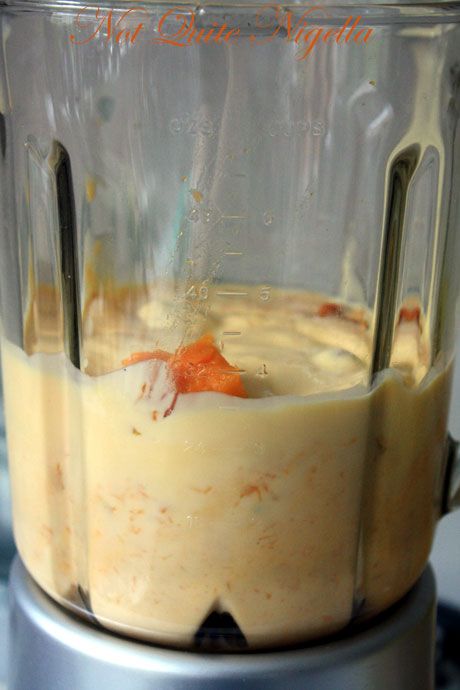 Step 3 - When chilled, blend in a food processor and then place in an ice cream machine to churn. If you don't have an ice cream maker you can freeze it in a freezer proof container and whisk the mixture once every hour or so for about 3-4 times in total while it is freezing to break up ice formation. This is made with cream so it won't have as much ice as an ice cream made with both milk and cream. 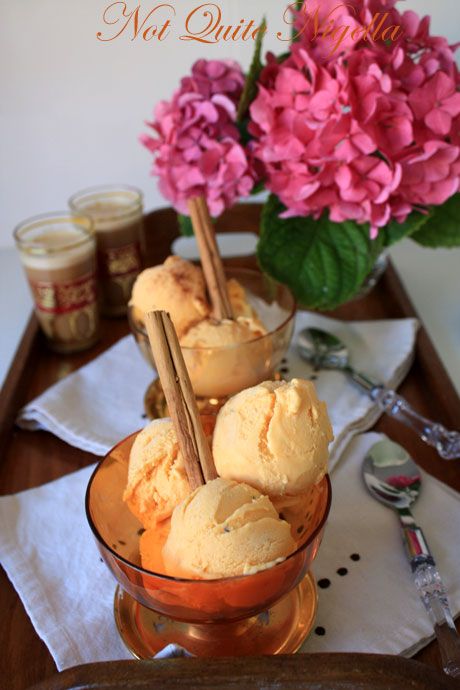