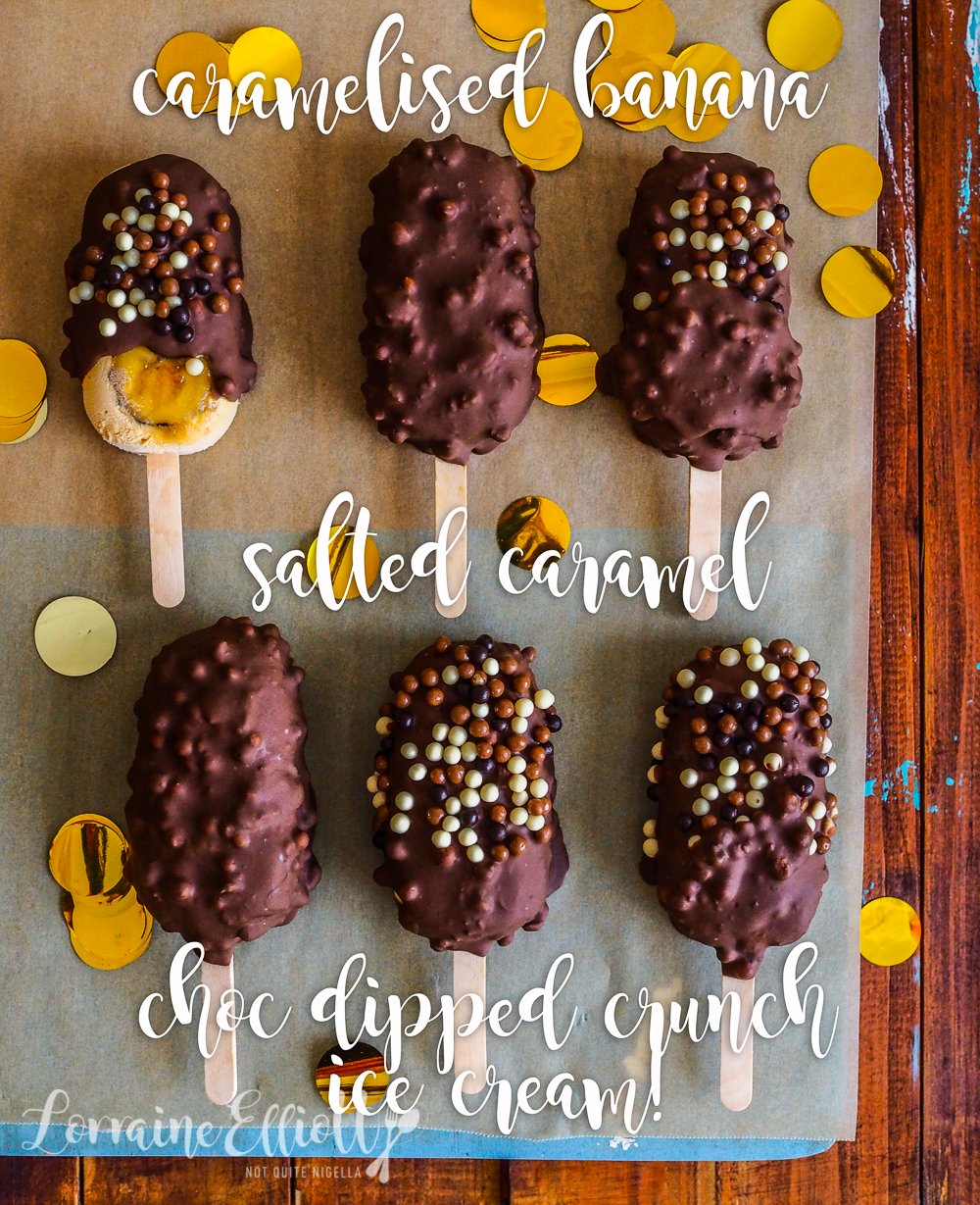 These ice creams are a dream come true. A simple yet creamy salted caramel ice cream is studded with chunks of caramelised banana before being coated in dark and milk chocolate and crispy chocolate pearls. Say goodbye to buying stick ice creams when you can make your own with your favourite flavours!

These ice creams are so good that Nina fell in love with them. She visited me one day to pick something up and was in her usual state - famished because she finds cooking and preparing food a challenge and usually makes herself a protein shake or something very fast for lunch. 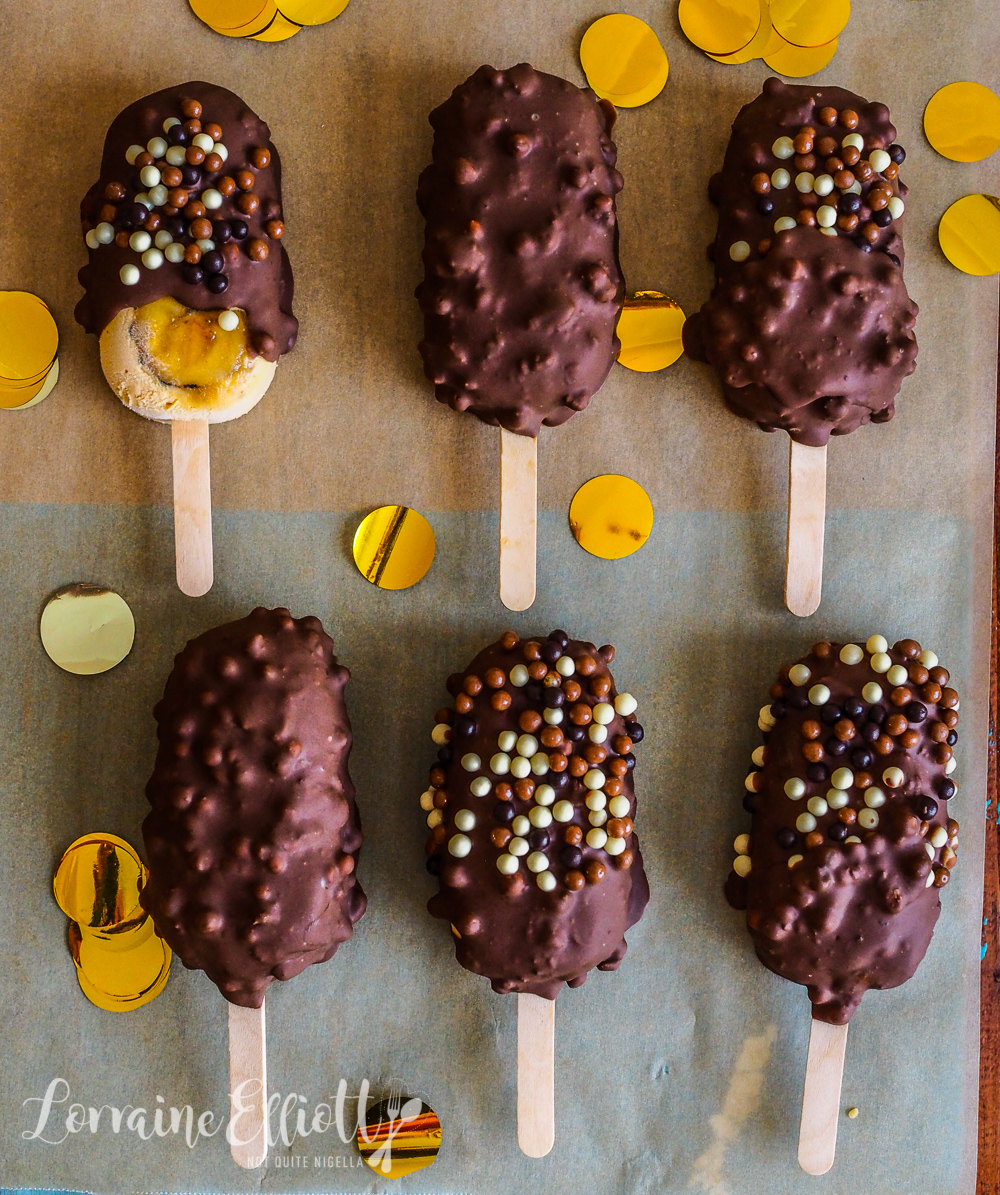 She looked so pitiful and hungry that I offered her one of these ice creams that I had just made. It wasn't her usual healthy lunch but once a week on a Sunday night she will eat a Magnum or Connoisseur ice cream on a stick.

"Oh my god," she said her tired eyes perking up. "This is better than those ice creams I buy," she said. And she finished the whole thing bite by bite. I think she was hinting (not so subtly) that I should give her the rest of the box but then she'd have to fight Mr NQN for them. And honestly I don't know who would win of the two of them. 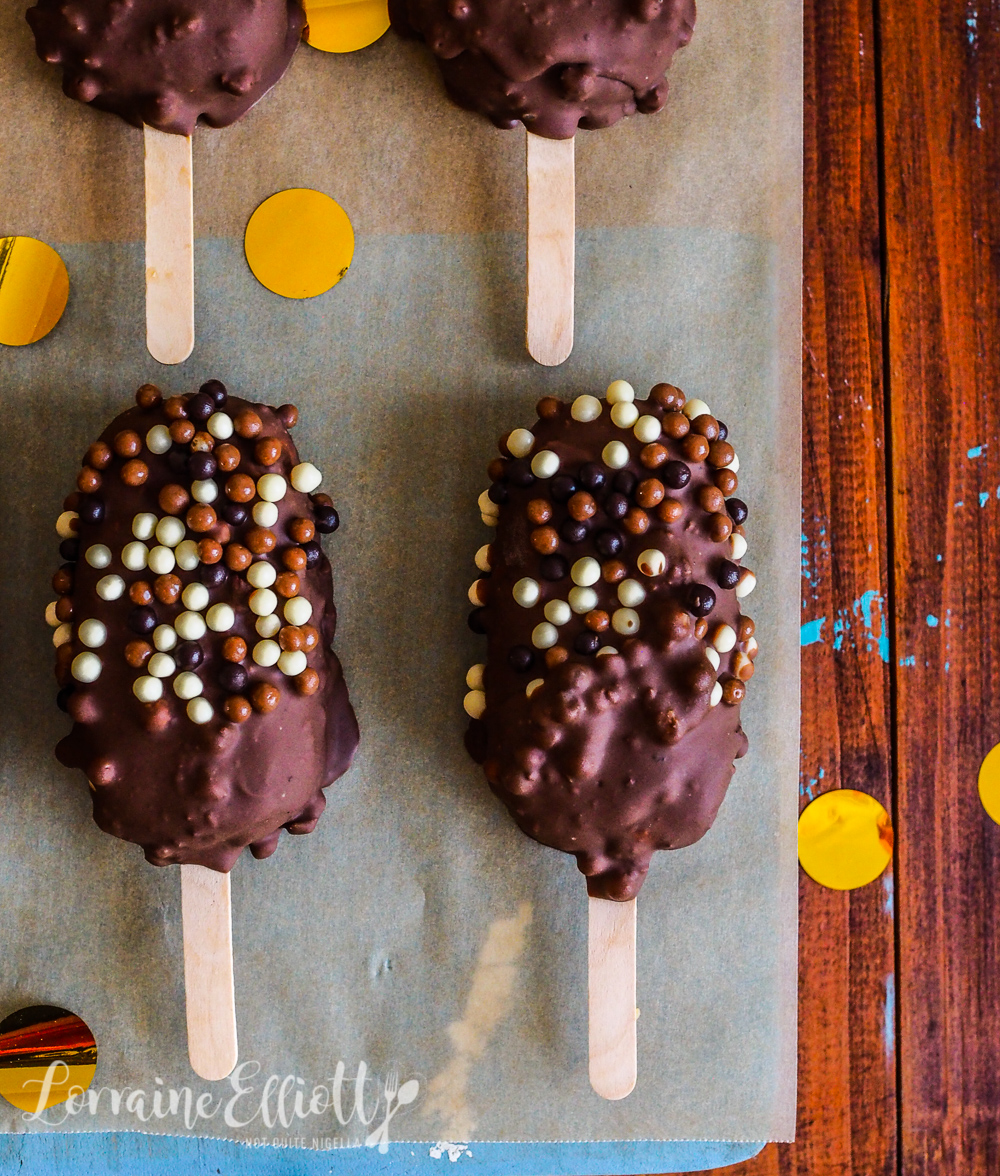 A while back I met Nina's mother when she visited Sydney from America. She's a German woman who Nina warned me doesn't have much of a filter.

Her mother spent a couple of weeks staying at Nina and Garth's and during that time she saw the sights and spent a lot of time with Nina. She also went rock climbing with Nina, Garth and Mr NQN. She walked around the climbing gym taking photos of a lot of the fit young men scaling the walls and took a real liking to Mr NQN.

She later told Nina and Garth how much she admired Mr NQN's handsome face and build and honestly I thought I'd have to pry her off him! And I wonder who would have won in that fight? ;)

So tell me Dear Reader, do you make your own ice creams? Have you ever had a physical fight and if so, did you win? Do you ever drink smoothies for lunch? 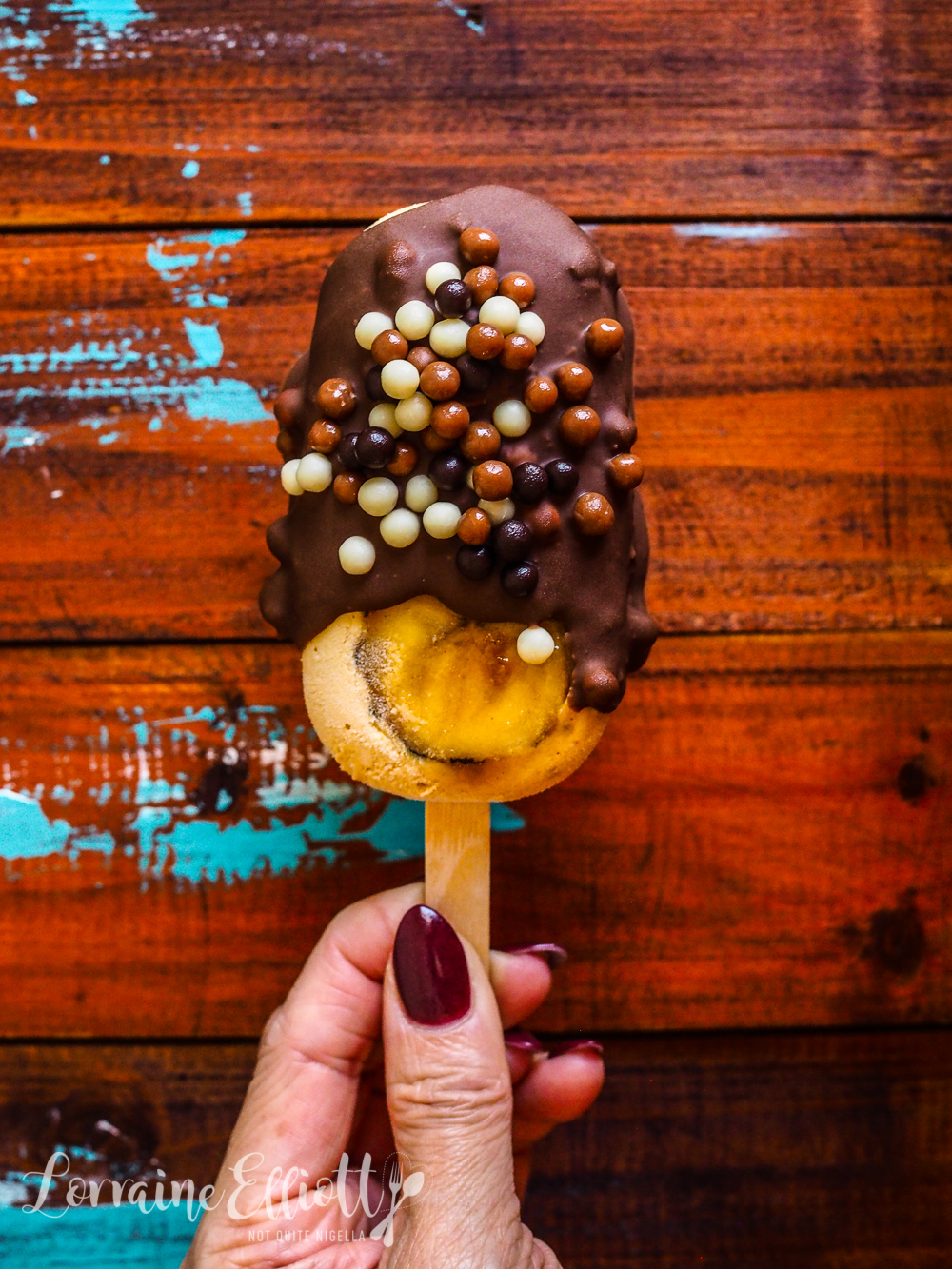 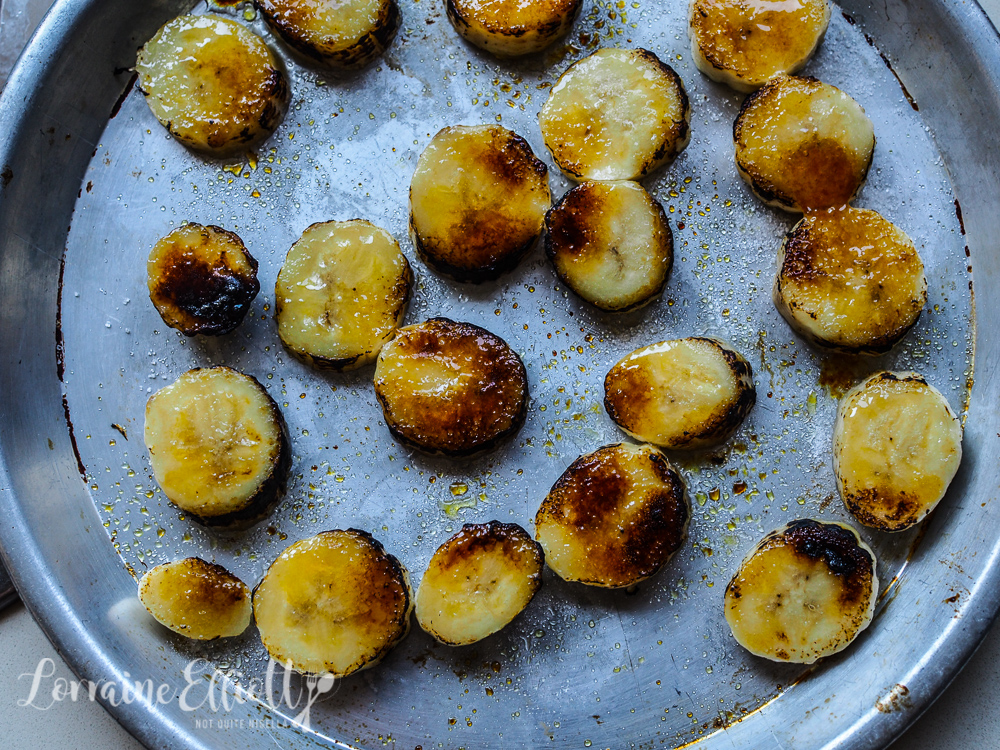 Step 1 - First, sprinkle sugar over the banana slices and caramelise with a blowtorch. Set aside to cool. 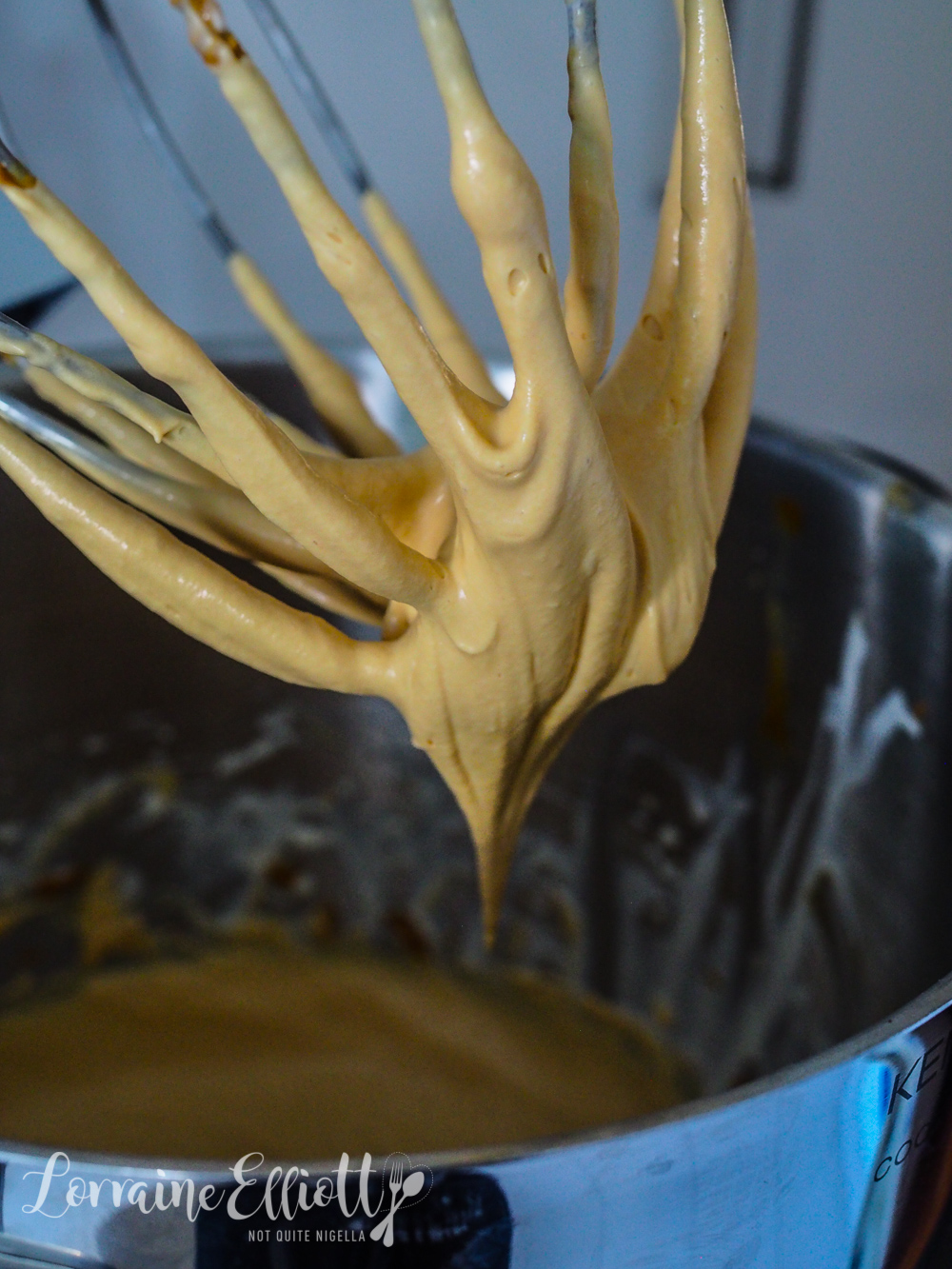 Step 2 - Whip the caramel until smooth, then add the cream and salt and keep whipping until double in volume and the texture of whipped cream. Taste for the level of salt you want in your salted caramel. 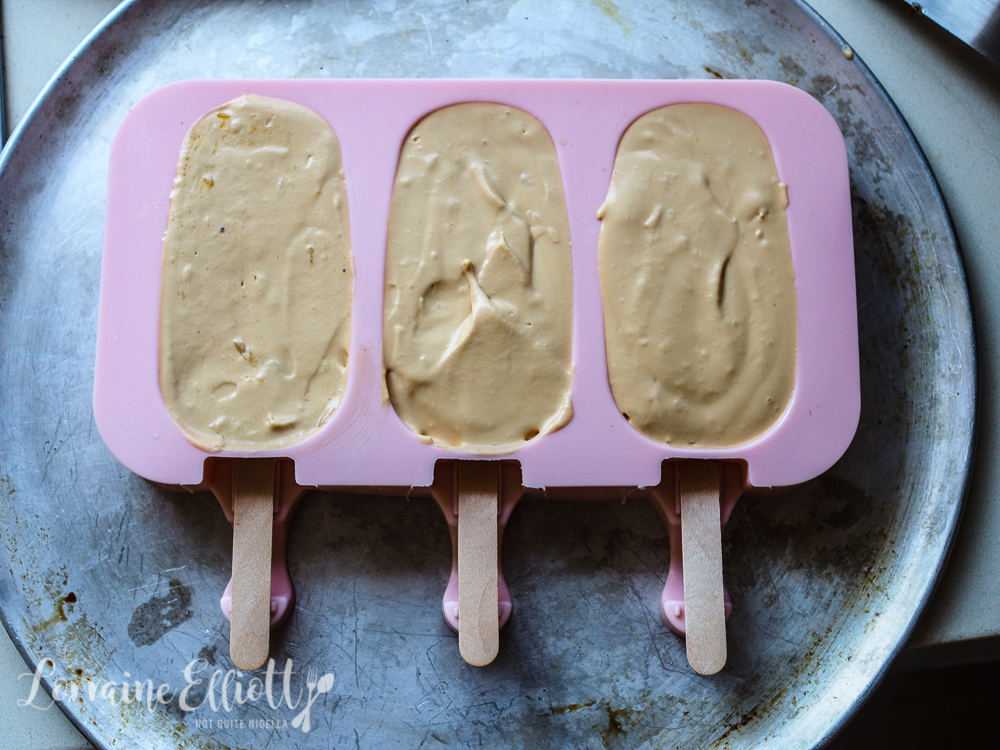 Step 3 - Take a ice cream mould and place two slices of banana in each cavity. Cover with the salted caramel cream and gently tap the tray against the counter to remove air bubbles. Insert a popsicle stick in each one and freeze completely. Remove from the mould and place in a freezer proof container until you are ready to dip them. 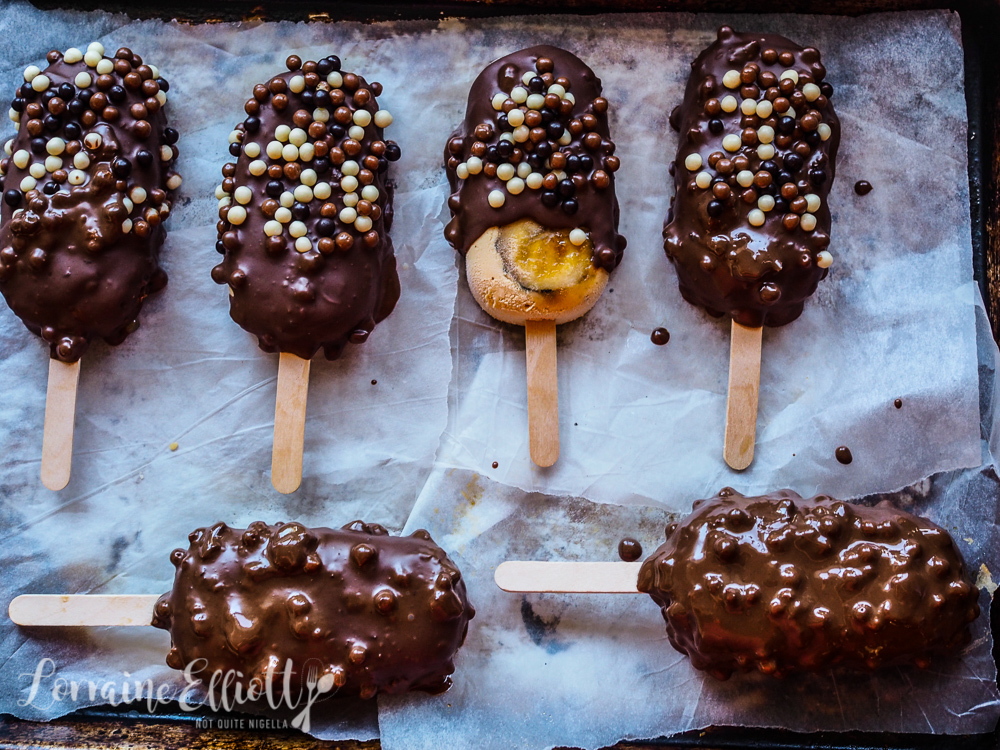 Step 4 - Melt the two types of chocolate and stir to combine. Either add the chocolate pearls or almonds into the chocolate or sprinkle on afterwards. Spoon chocolate onto each popsicle and allow to freeze hard. 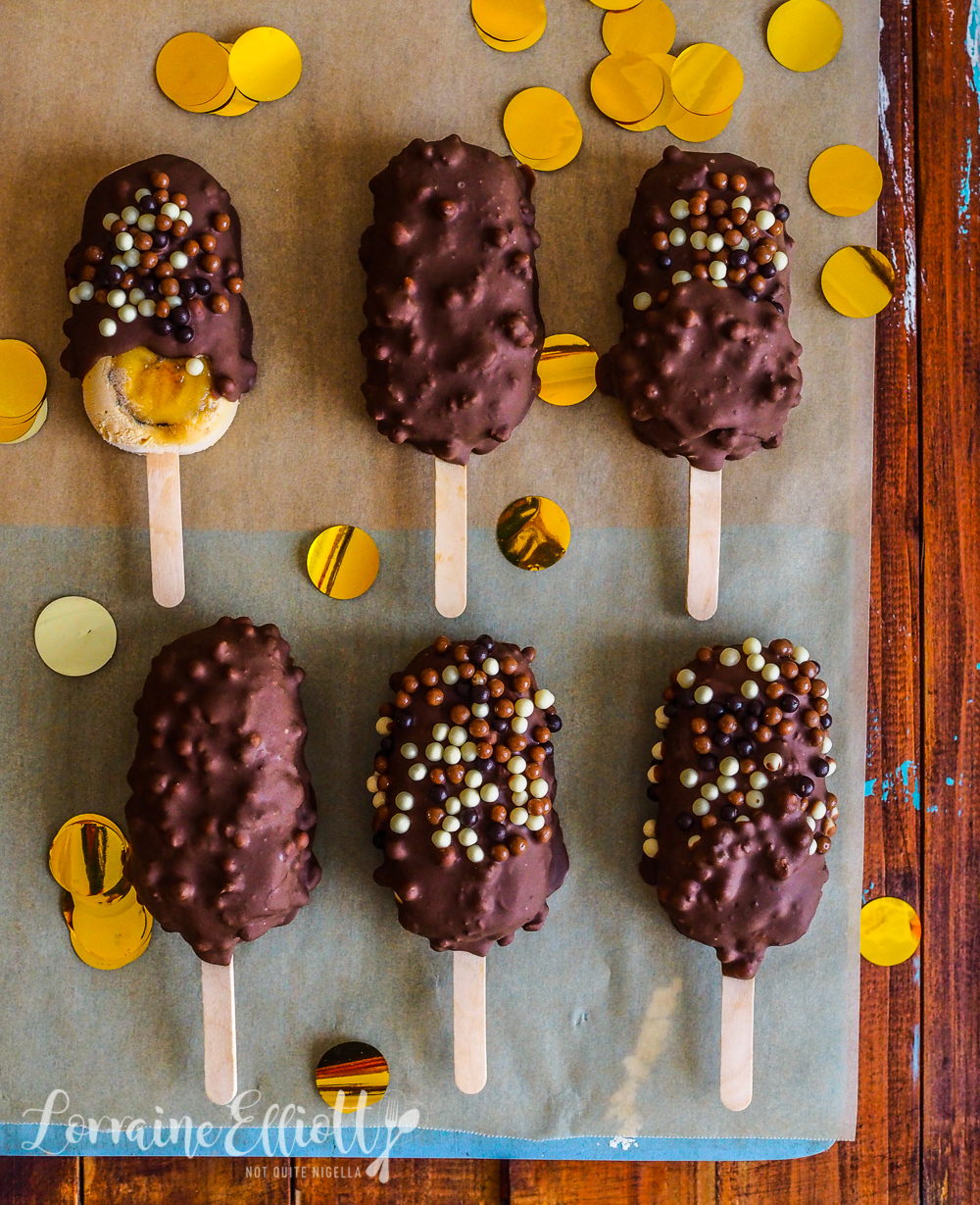