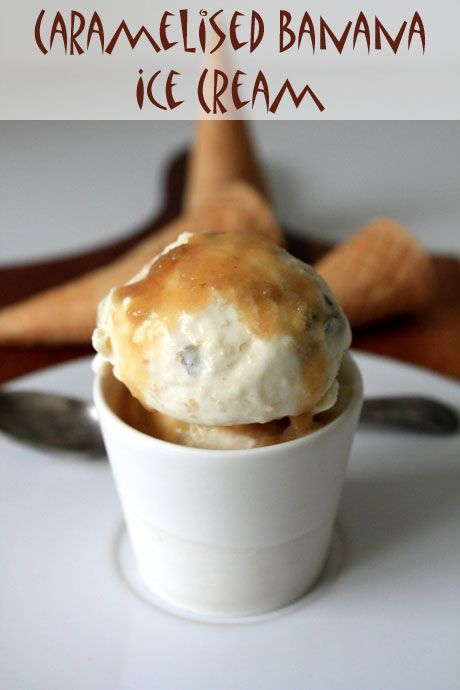 "Arrrgh!" I cry out as the bag drops the short distance to the ground. There's a crack and plop as the bag and its contents hits the tiles in my kitchen and suddenly my dozen lovely eggs are now a shell speckled free-form omelette. I managed to salvage a few but forget crying over spilt milk, spilt eggs are worse. So there went my idea to make a creme anglaise based caramelised banana ice cream for my friend's kids. 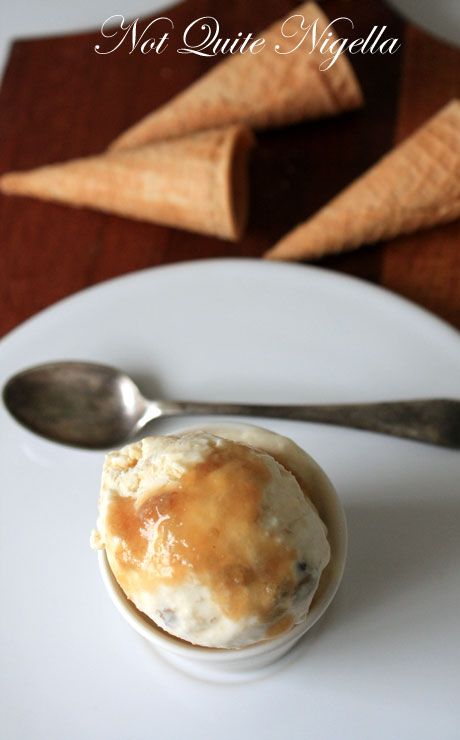 Then I remembered an ice cream that Nigella made using cream whipped to soft peaks. It turned out light and gorgeous and would do me in my egg deficient state. I also liked the idea of feeding kids real banana ice cream so they wouldn't ask why the banana ice cream wasn't yellow and why it didn't taste like banana lollies. However I also realise children and cooking caramel aren't a great idea. Caramel is hot and cooking it risks splutters so this oven version below is the best way to caramelise bananas without potentially scarring the little ones. A trip to the Emergency room is never a good way to spend a day. 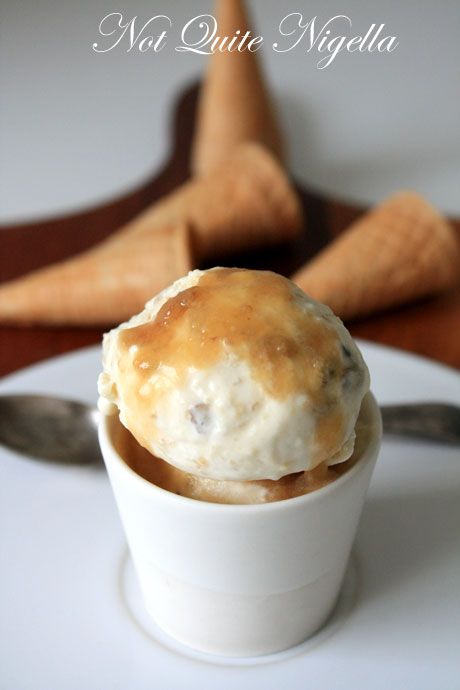 I wasn't quite sure how it would work out, although I had an inkling of its greatness when I sampled a bit of the caramel banana with the whipped cream and had to hold myself back from disappearing into the bedroom with the whole bowlful. I stopped and realised that thieving ice cream and greedily eating it showed that I was no role model and for a moment I didn't really care but the doleful eyes of kids held me back.

The resulting ice cream is creamy, light and full of sweet banana. The kids liked the chunks of banana, which, once frozen actually taste rather ice cream like. And there wasn't a skerrick of faux banana ice cream flavour there. Just fruit and caramel and ice cream. And given that we're experiencing a somewhat Indian Summer in Australia this is a good way to kiss the warm weather goodbye. And lucky Northern Hemispherans can indulge in this for months on end.

So tell me Dear Reader, which is your favourite season? 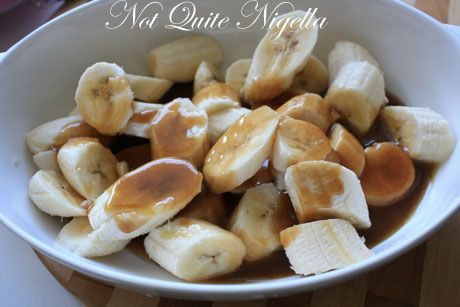 Step 1 - Make caramelised bananas. Preheat oven to 190C/375F. Get your child to chop up a ripe banana with a butter knife and place in an ovenproof baking dish. Melt butter and cool a little and get them to mix the brown sugar, juice and butter together until combined and then pour over the chopped banana and bake for 20-25 minutes until banana is soft. Cool slightly and place in fridge until cold (if you're in a hurry, spread out on a swiss roll tin or shallow dish and freeze)..

If using an ice cream maker

2a. Whip cream until soft and voluminous peaks are formed but not stiff. Add sifted icing sugar. Place cream, milk and cold caramelised bananas (reserving the liquid caramel sauce to pour over later) and churn for 25 minutes. You can break up the banana pieces with a spatula as they're very soft if you prefer to have less banana chunks or you can leave it chunky. Once finished, place in freezer proof container and freeze until set. Take it out of the freezer 20 minutes or so before you want to eat it to ripen it. 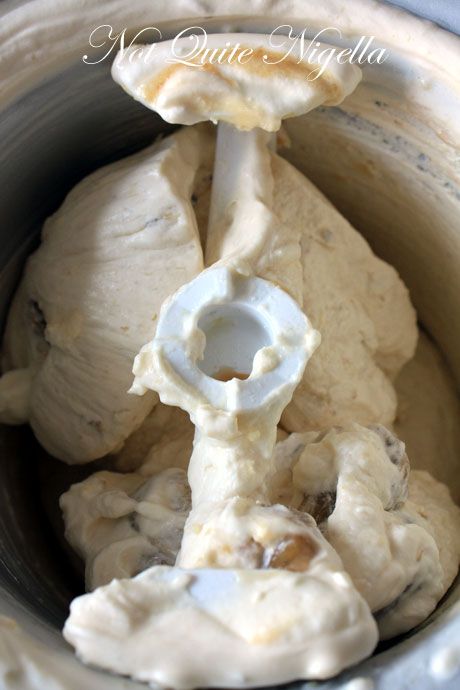 If using the freezer method

2b. Whip cream until soft and voluminous peaks are formed but not stiff. Add sifted icing sugar. Place whipped cream mixture and cold caramelised bananas (reserving the liquid caramel sauce to pour over later) in freezer proof container and freeze for a few hours. You can break up the banana pieces with a spatula as they're very soft if you prefer to have less banana chunks or you can leave it chunky. Once an hour, break up the ice cream with a fork to prevent ice crystals from forming.  Take it out of the freezer 20 minutes or so before you want to eat it to ripen it. 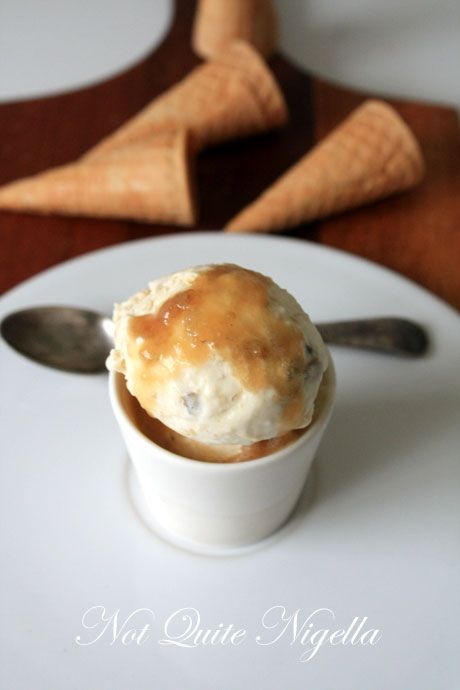