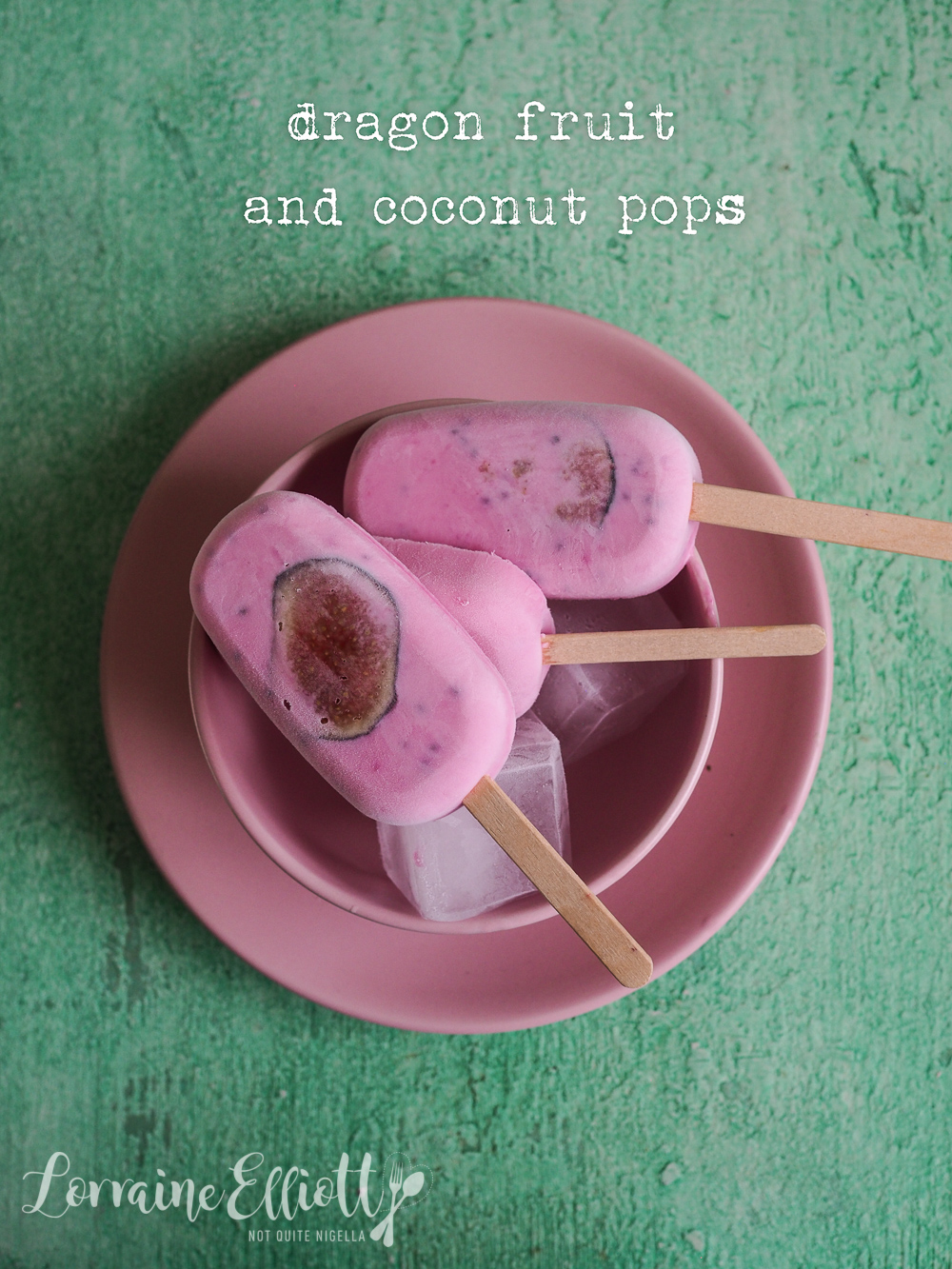 These dragon fruit pops are so pretty in pink! Simple to make they are a combination of red dragon fruit, coconut and honey and make a wonderfully refreshing, naturally coloured treat!

I have to admit the main motivation for these was trying to achieve the perfect pink colour. I became obsessed with getting a certain shade of pink one afternoon. Dragon fruit or pitaya has become a very popular fruit over the past year or two and you can even buy it frozen in cubes at the supermarket so please don't feel like I am sending you on a wild goose chase to find red dragon fruit.

Mr NQN loved these to a ridiculous level. They're so simple and refreshing and given how long our summer is stretching, they're the perfect way to cool down. 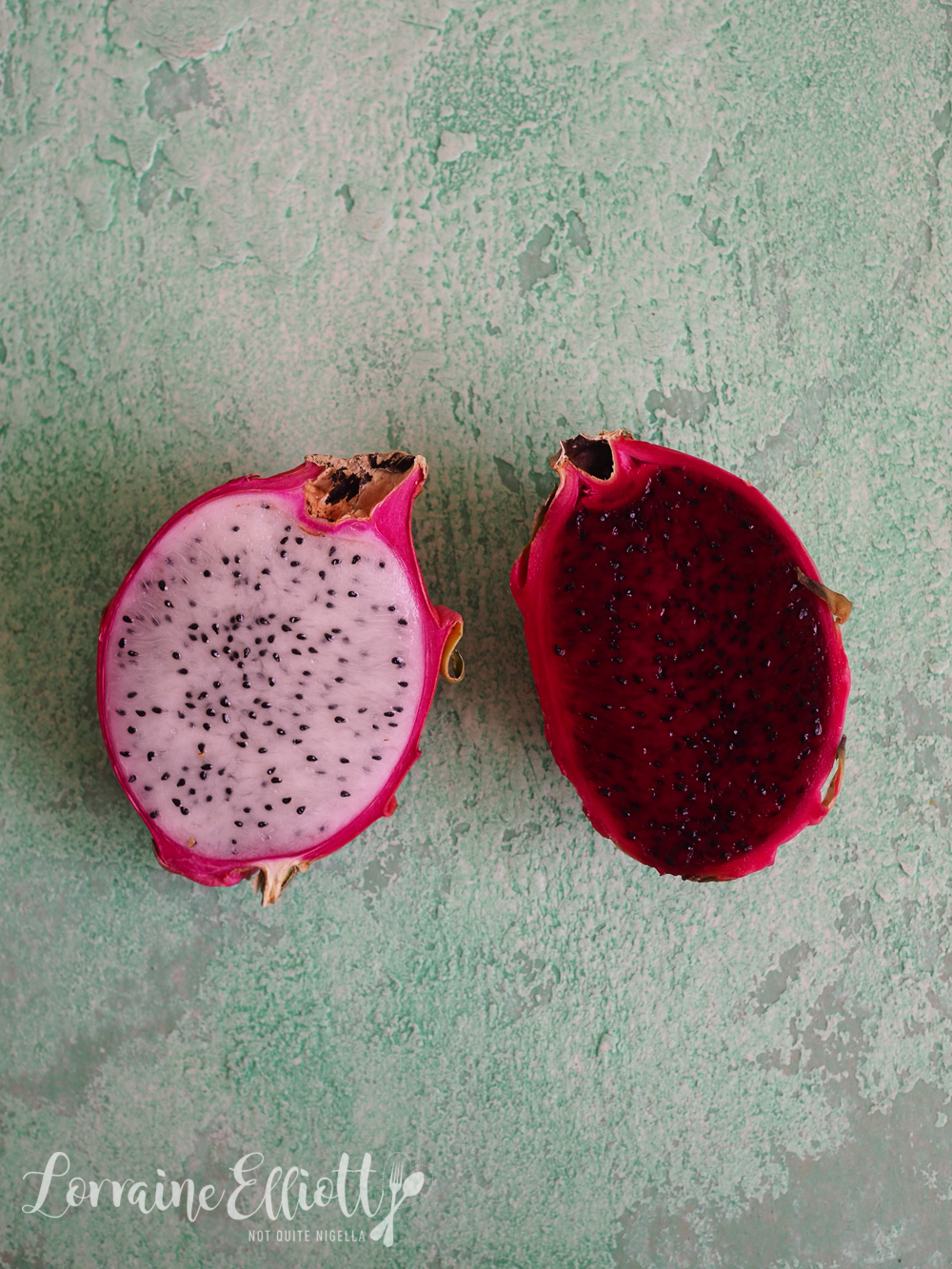 Speaking of keeping cool, I recently lost my cool a little. I don't know if it's a recent thing in the last decade as a result of global warming but it happened during one of Sydney's wild storms. I was out at lunch and all of a sudden within the space of an hour, everything changed. There was thunder, lightning and torrential rain. It was close to the end of the day so I asked Mr NQN if he would like me to pick him up. He had Mochi with him and it's a bit awkward carrying her in her bag in the rain onto the bus.

I drove from Newtown to the CBD to pick them up and the rain was so heavy all of the cars were driving around 15kms per hour. Suddenly I realised that I had driven over the lines of the intersection and the light turned yellow. I was going to reverse but the reverse camera was obscured and I literally couldn't see anything behind me and I was worried that because the light was now red people had started to cross and I didn't want to hit anyone. I was just a little over the line and wasn't obstructing traffic the other way so I just sat there. But then a few weeks later I got myself a big fat fine in the mail. The fine was over $400 for running a red light. I logged in and tried to argue that from the photos that the camera had taken I was actually stationary and had been for a while. I pleaded my case and held my breath. Because not only was I very unhappy about a $440 fine, I was also going to lose 3 of my precious driver license points. And if you know me, you'll know that I'm very proud of my unblemished driving record (yes I'm a NERD!).

The answer came through shortly after. It was a form response of course and I was not granted an exception. So I paid the $440 and lost my three points! And that day I definitely needed something like these pops to cool me down!

So tell me Dear Reader, have you ever gotten yourself a massive fine or lost points?

Step 1 - Puree the dragon fruit in a food processor until smooth. Then add the cream and coconut cream and honey. Taste for sweetness adding more honey if needed. 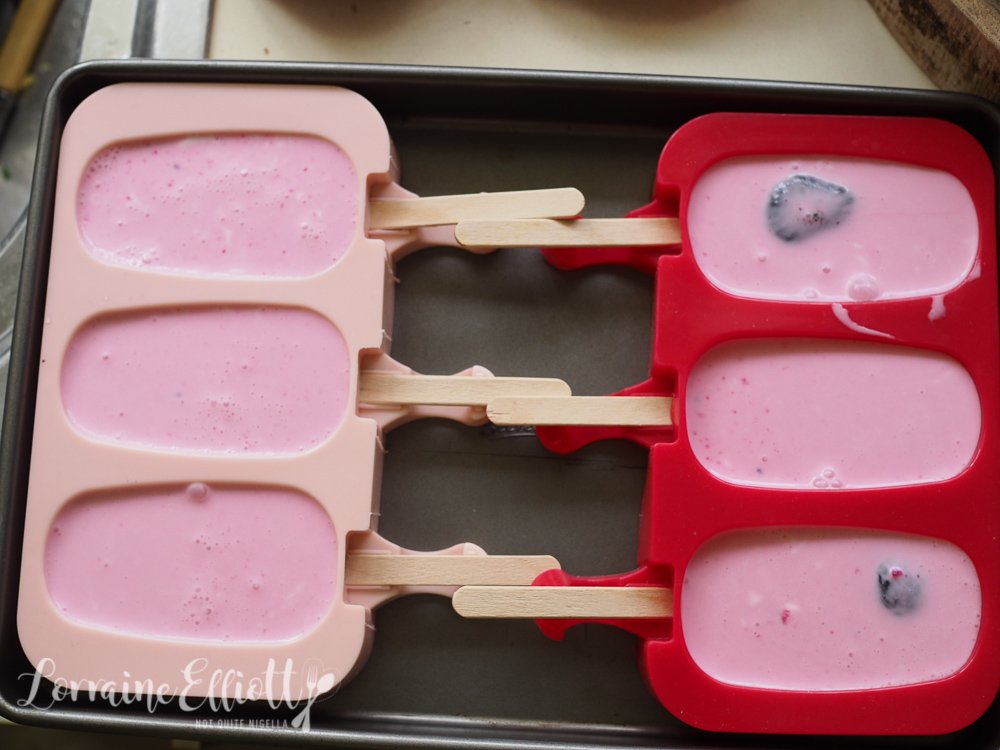 Step 2 - Place a slice of fig in the ice cream mold and then place the popsicle sticks into the holes. Pour over with the cream mixture and then place on a baking tray in the freezer and allow to set completely. 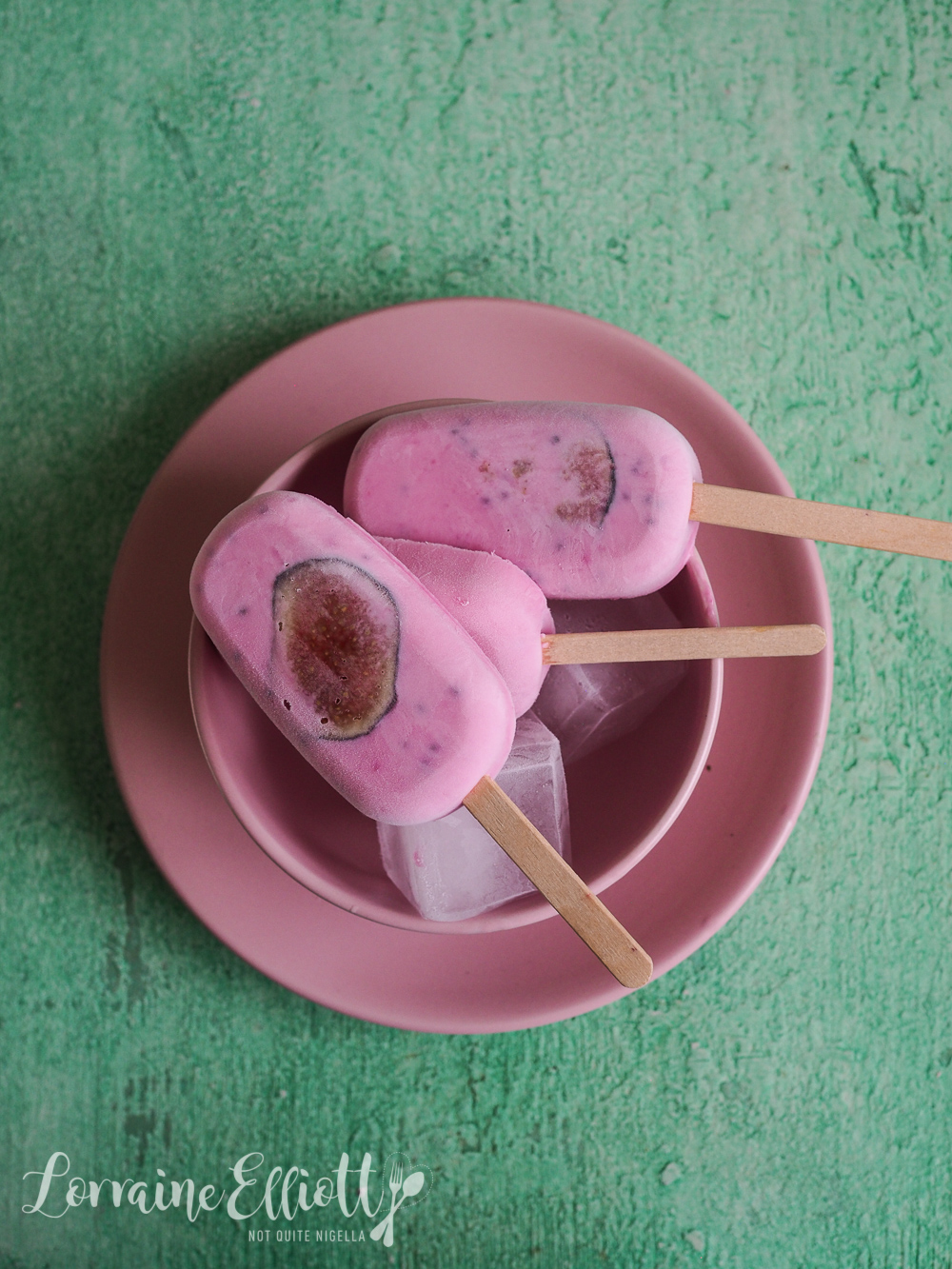