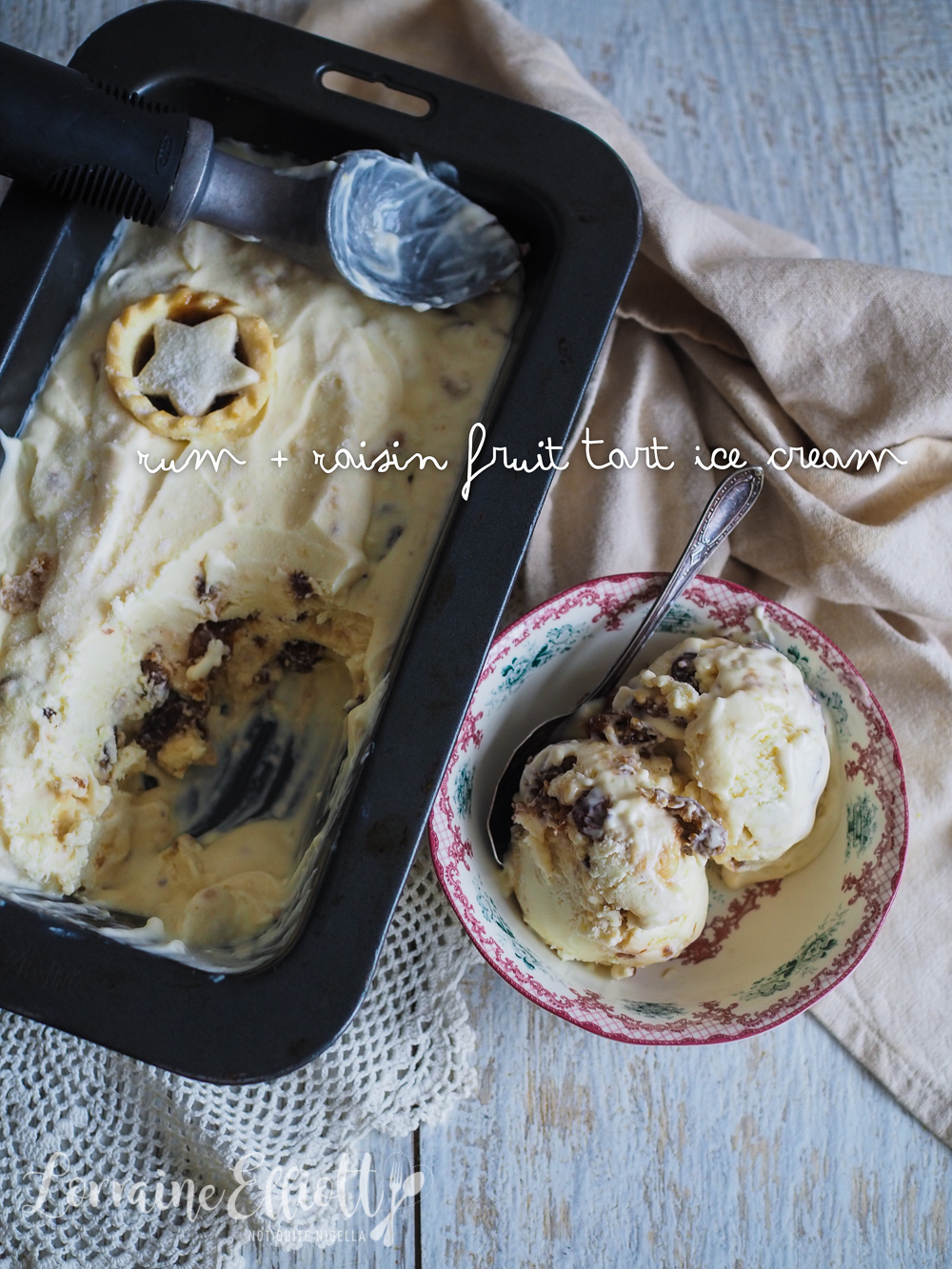 Christmas leftovers can be repurposed into something even more delicious! This creamy ice cream (that needs no churner) is flavoured with flecks of fruit mince tart and plump, rum soaked raisins!

I first came across the idea of putting pies and tarts in a custard when I tried an apple pie shake at a burger place many years ago. I watched as they added pieces of apple pie in a shake and the result was absolutely delicious. There were tiny chunks of pastry and fruit and it tasted just like apple pie.

The Simplest No Churn Ice Cream Recipe Using Two Ingredients! This ice cream doesn't need a churner and is remarkably creamy for an ice cream made without one and I'll explain why.

Using cream coats ice crystals so that they stay small and don't expand helping to give ice cream a better texture. Cream is also very good at trapping air which gives the ice cream more body.

This is also one of the simplest ice cream recipes you will ever come across so it's very handy to have on hand.

Make Your Ice Cream Easier To Scoop: When ready to eat the ice cream, ripen it in the fridge for 20 minutes or on the benchtop for 10 minutes so that it is softer to scoop.

What about other flavours? If you don't want to make this flavour you can simply add a couple of teaspoons of vanilla instead of the raisins and fruit tart and it makes a wonderful vanilla ice cream. Add a ribbon of fresh fruit puree or add some chocolate chips for chocolate chip ice cream. I made this flavour because these were the last of my Christmas leftovers. 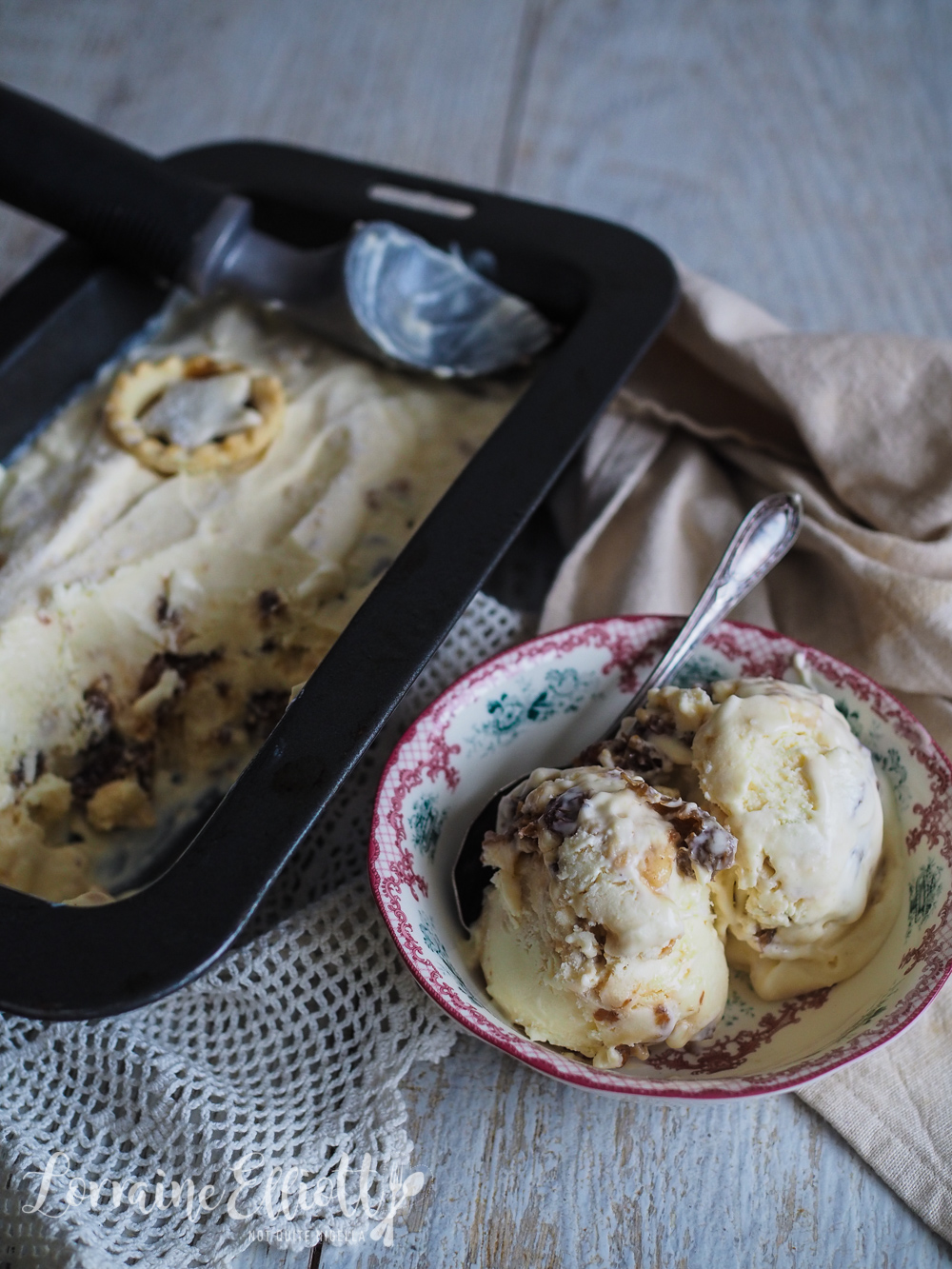 While we are eating this and finishing up the Christmas leftovers I'm also packing our bags. We are headed to the Blue Mountains for a few days with Teddy.

Because the house we are staying in is secluded and we aren't going out there as we are conscious of COVID, we are bringing everything with us. That includes all the food, drink and entertainment.

The owner also messaged us that there is limited internet because of its location which has me busying myself trying to download as many Netflix shows as possible so that we have something to watch. So far I've downloaded lots of Brooklyn Nine Nine and Schitt's Creek and some books onto the Kindle. I also have my creature comforts like tea, snacks and salad while we have plenty of fruit for Mr NQN.

So tell me Dear Reader, have you got many leftovers? Are you still eating them or have you finished them by now? What is on your list of creature comforts?

Step 1 - Blend or chop the fruit mince tarts until you get fine chunks of tart. Drain the raisins.

Step 2 - Whip the cream until you get soft peaks. Add the condensed milk and fold in the raisins and crumbled tart. Place in a freezer-proof container and allow to freeze solid (around 6 hours).