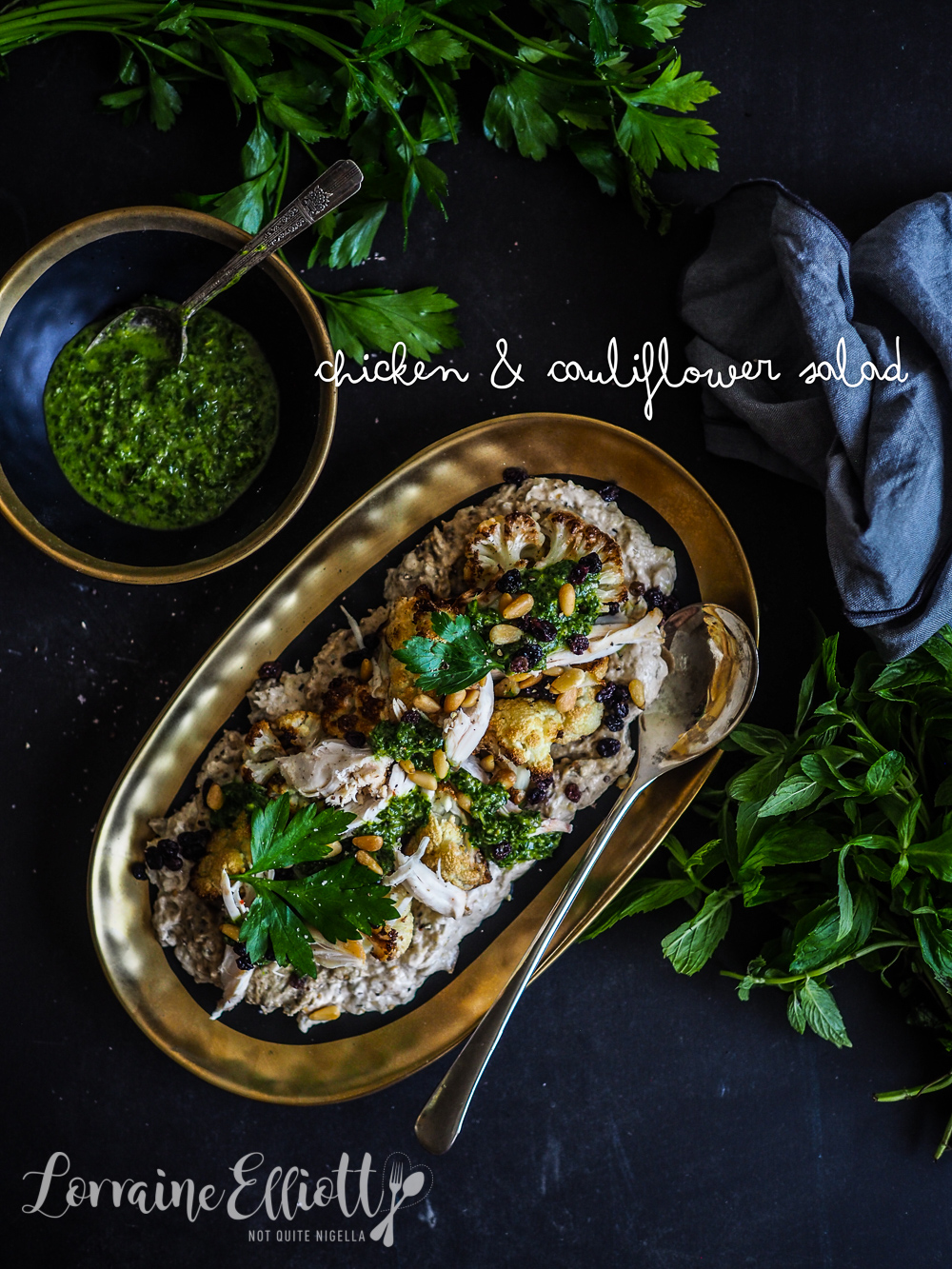 This cauliflower and chicken salad is the perfect entertainer dish. As delicious and it is wholesome there is poached chicken, golden roasted cauliflower, crunchy pine nuts and currants on a bed of baba ghanoush with a fresh salsa verde to tie it all together. And yes this is a pushy recipe!

I was inspired to make this by a dish I ate at the Glebe Hotel. I really liked their version but I liked it even better when I added some salsa verde from another dish to it. 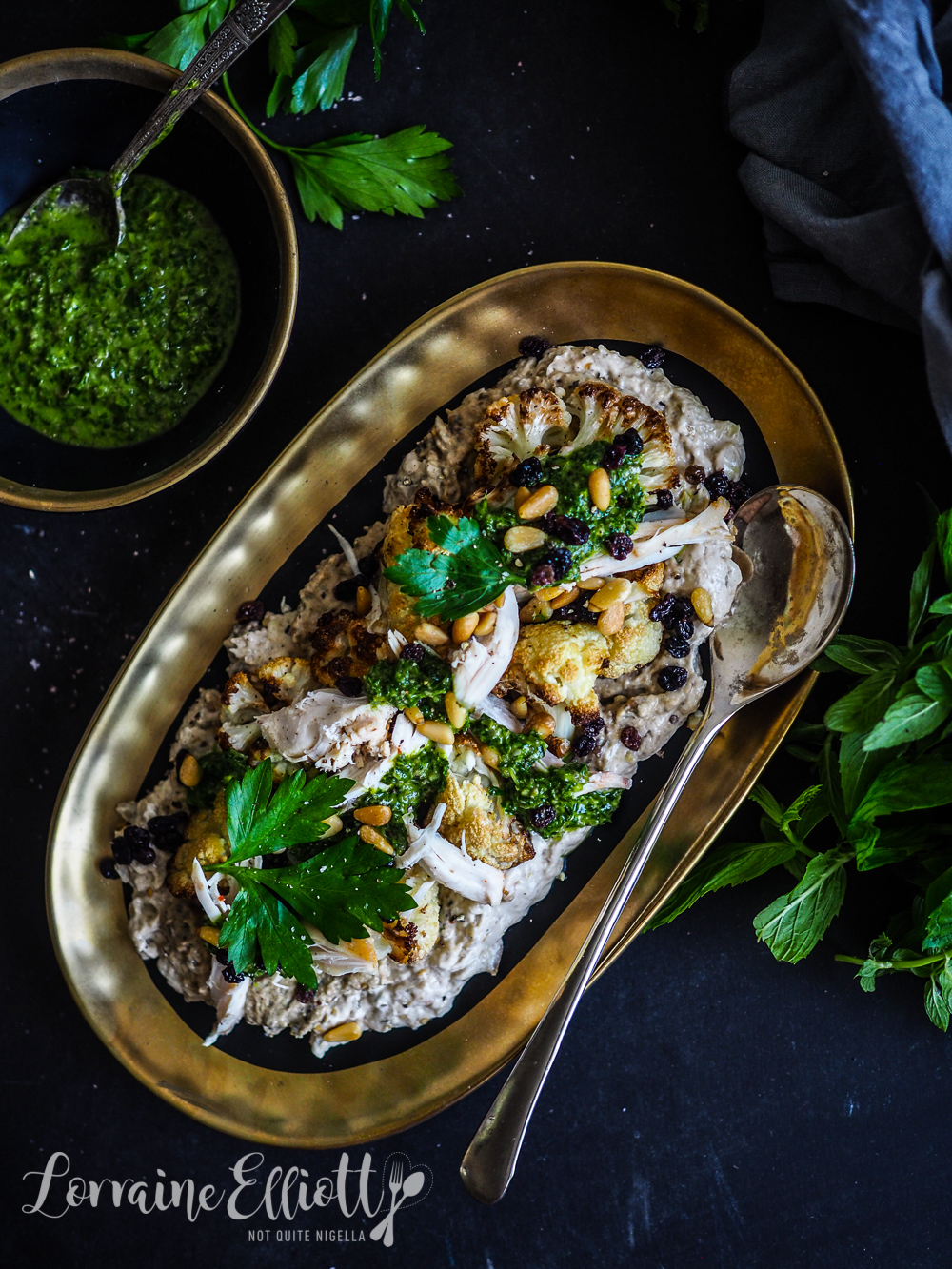 We ate this salad just before we left for our trip to Portugal. It's really not one type of cuisine in particular but I did crave this version of a chicken salad when I got back. Speaking of our trip, this is a range of the things that I brought back to me as part of the In My Kitchen series hosted by Sherry where we show you what's new in our kitchens. 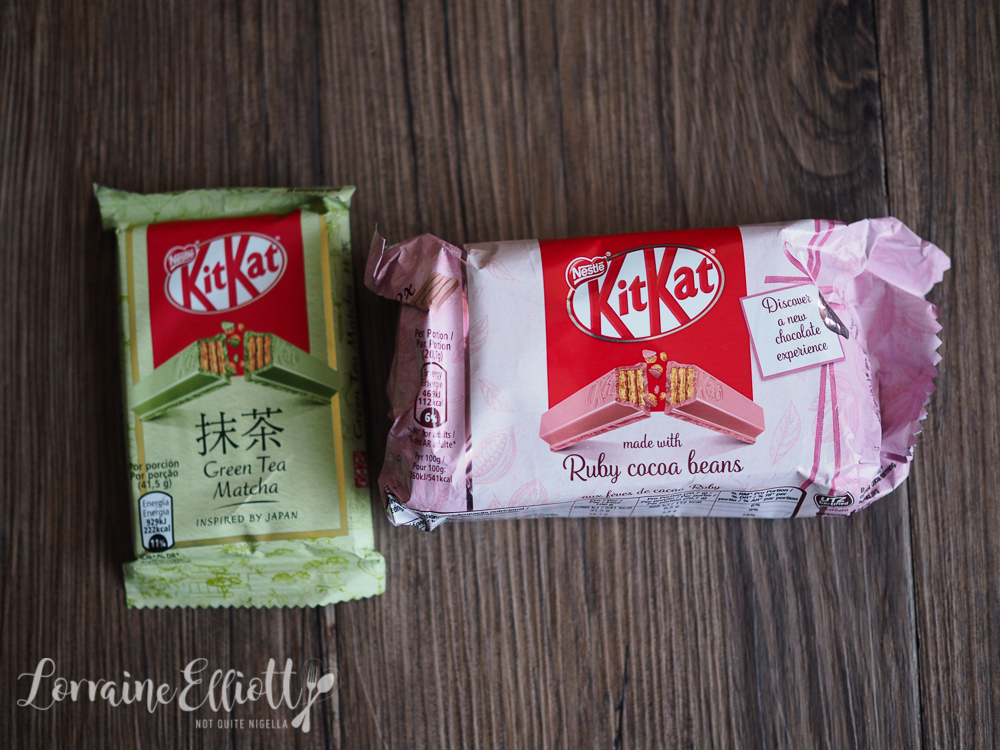 Everywhere I go I seem to buy Kit Kats. I usually buy them in Asia but was surprised to see them in Portugal too. They had a matcha Kit Kat as well as an interesting one which was the Kit Kat made using Ruby chocolate, the naturally pink coloured chocolate. 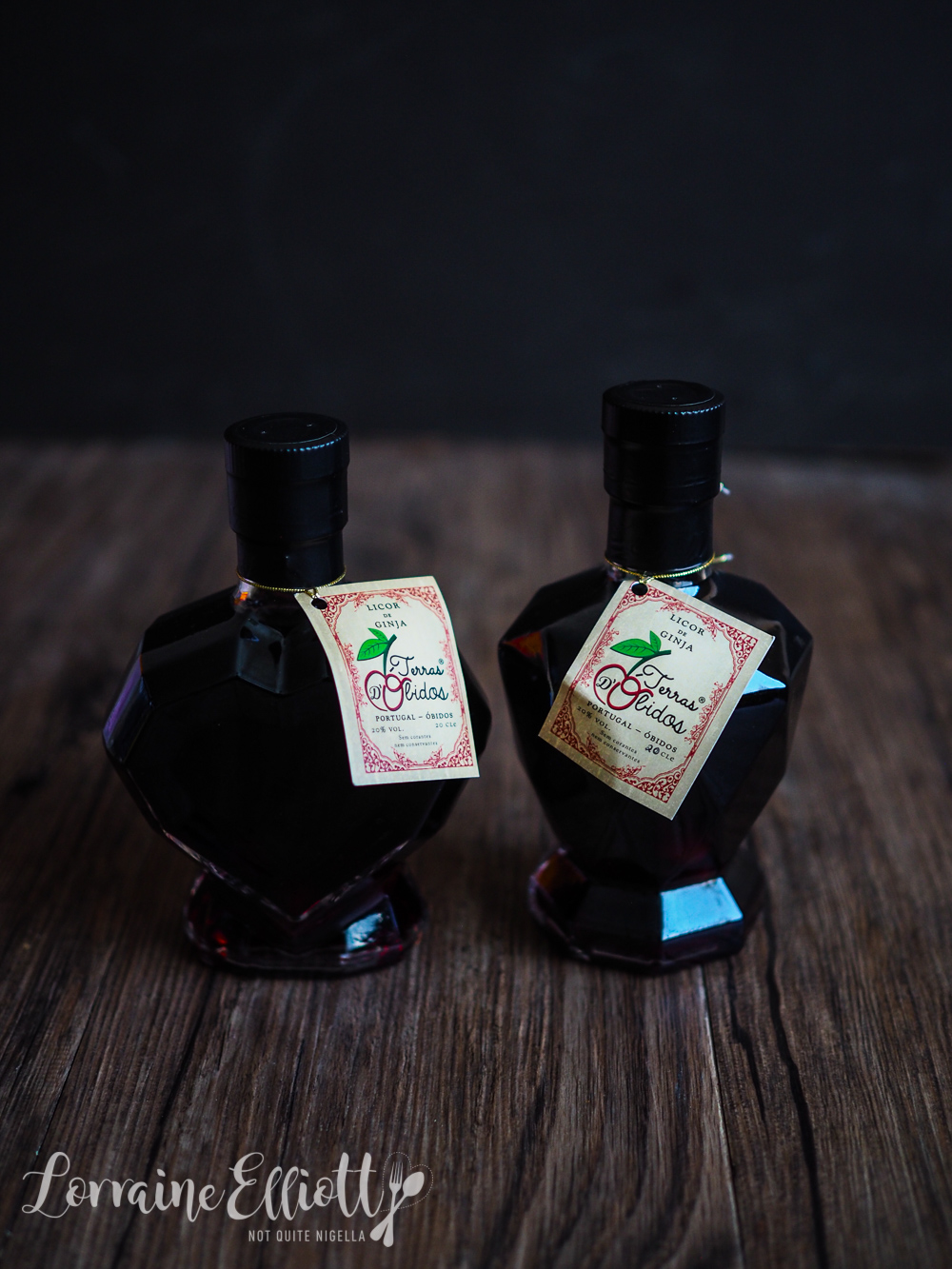 The next items were gifts for friends. When we were driving from Sintra to Porto we stopped by a gorgeous medieval town called Obidos. Everyone in Lisbon tells you that you've got to try a bitter cherry liqueur called Ginja that is served in a chocolate cup and it's really delicious. I bought these bottles from Obidos which is where Ginja comes from. The perfume bottle was a gift for Ivy and the heart bottle was for Queen Viv's birthday. 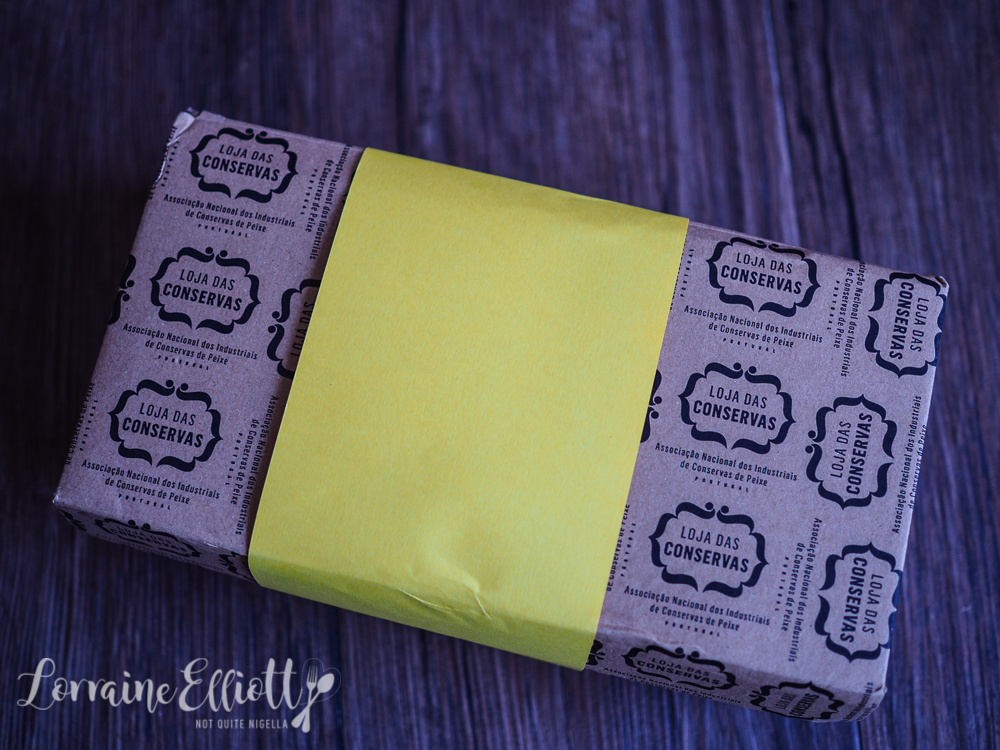 Portuguese people are obsessed with canned food where they elevate it to art. Of course there is tinned salmon and tuna but there is also sardine roe with pickles, stuffed squid and prawns. There are lots of Conservas which are shops that sell canned goods that are among some of the most beautiful shops in Portugal. 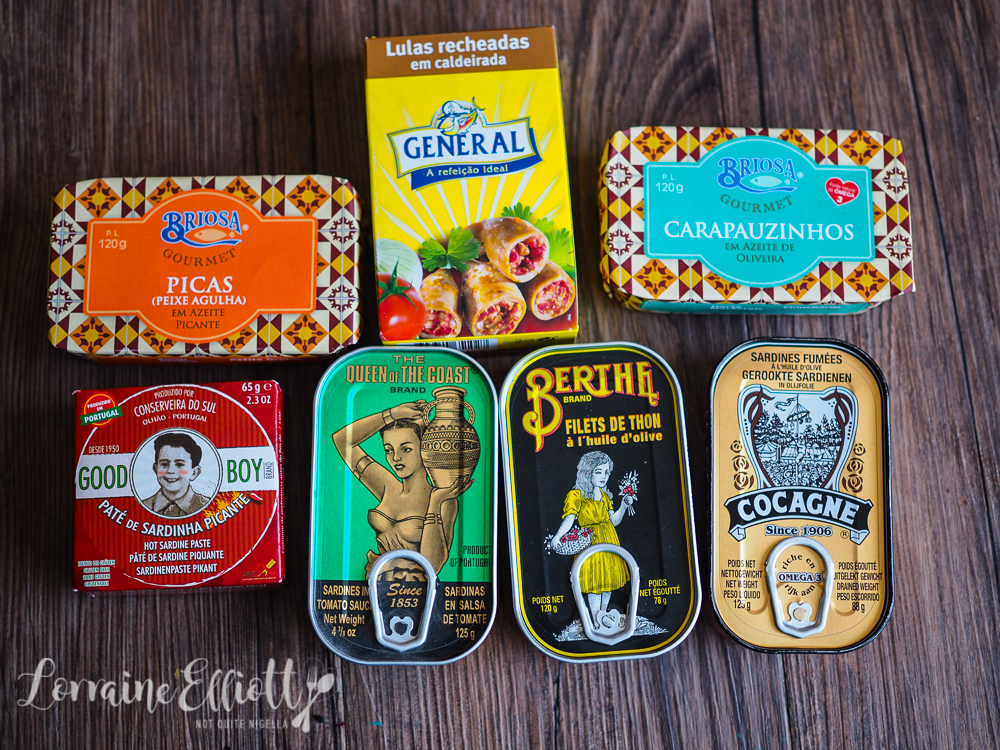 I bought the stuffed squid, horse mackerel and needle fish for tasting but also some of the tins just for the packaging! 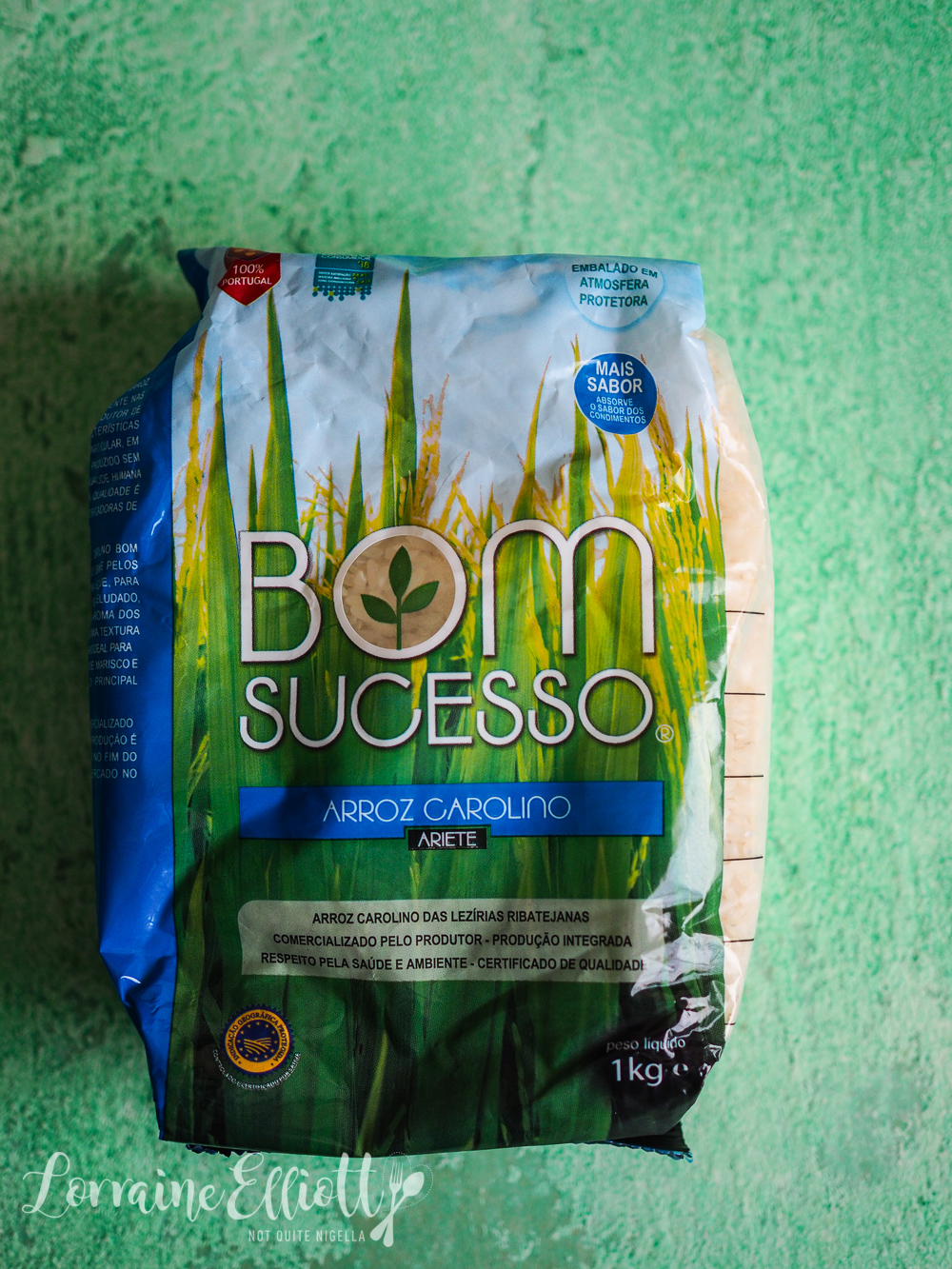 One day while we were in the Algarve we went to a brilliant restaurant for lunch called Bon Bon Restaurante. It has one Michelin star and it lived up to that with every bite that we ate. I guess my photo taking pegged me as a food lover because the chef Louis Anjos came out to chat with us and we got to talking about one of the dishes, a seafood rice dish. The rice was like an arborio rice but more delicate and smaller in size. It is a Portuguese rice variety called Carolina and before I knew it, he went into the kitchen and gave me a bag of it! Isn't that kind? 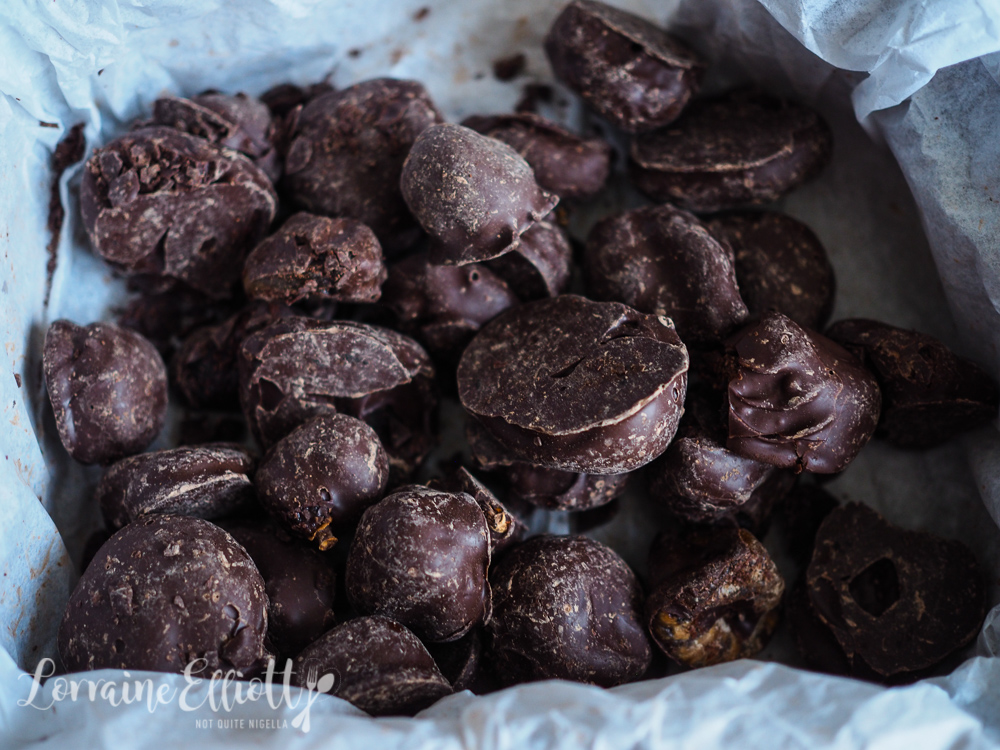 The next item was sent to me for my birthday by Dear Reader Matilda. She is the angel that sends me Italian Christmas cookies if I've been good (fingers crossed). And for my birthday she sent me a box of Singing Magpie's dark chocolate coated dried figs. 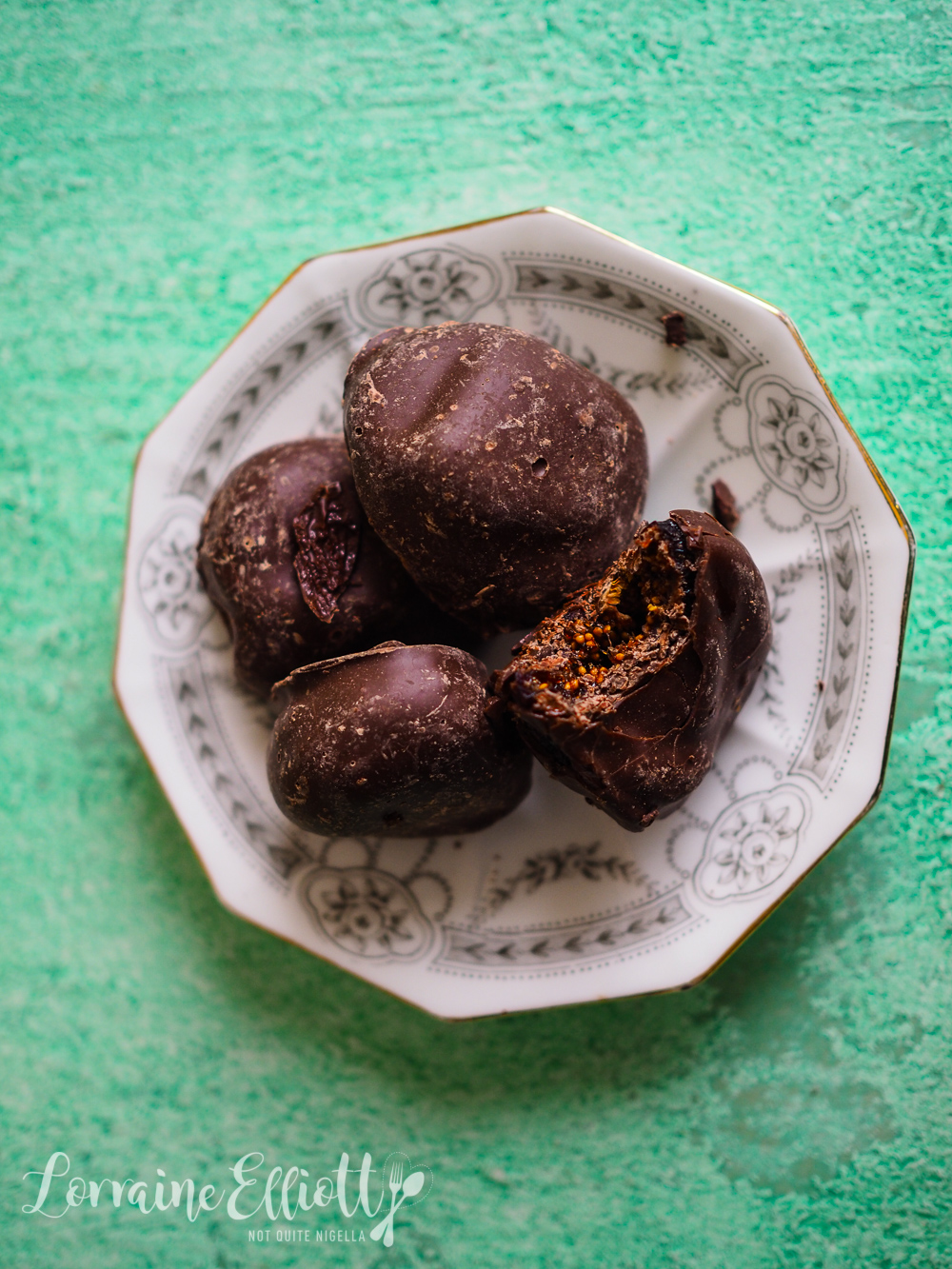 I actually screamed with happiness and clapped like a seal when I opened it up and promptly ate six figs greedily even though I'd just eaten cake. But figs will entice that reaction out of me, especially chocolate coated ones ;) 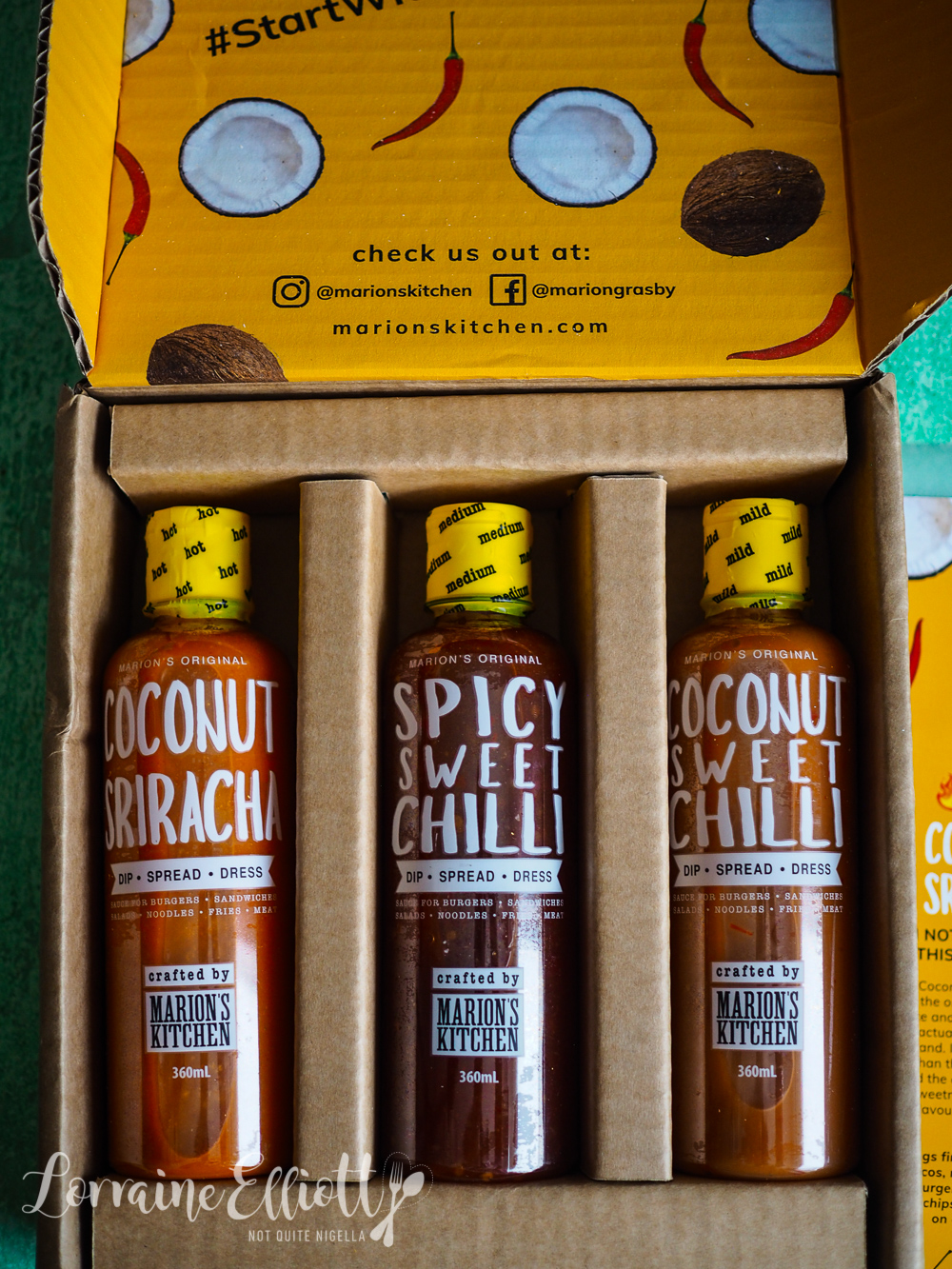 The last item was something that I had been waiting for for months to come to Australia. You probably known Marion Grasby the amazing woman behind Marion's Kitchen sauces and mixes. She and I have followed each other since even before she was on MasterChef (did you know she used to have a food blog?). And I remember seeing the Coconut Sriracha on her IG stories. It was launched in the US last year and sold out everywhere very quickly. We finally got it here (where it sold out quickly too). She sent me a bottle of Coconut Sriracha as well as the Spicy Sweet Chilli and Coconut Sweet Chilli sauces and you can bet I'll be making something delicious with these!

So tell me Dear Reader, how often do you recreate dishes that you eat at restaurants? Which item interested you the most? 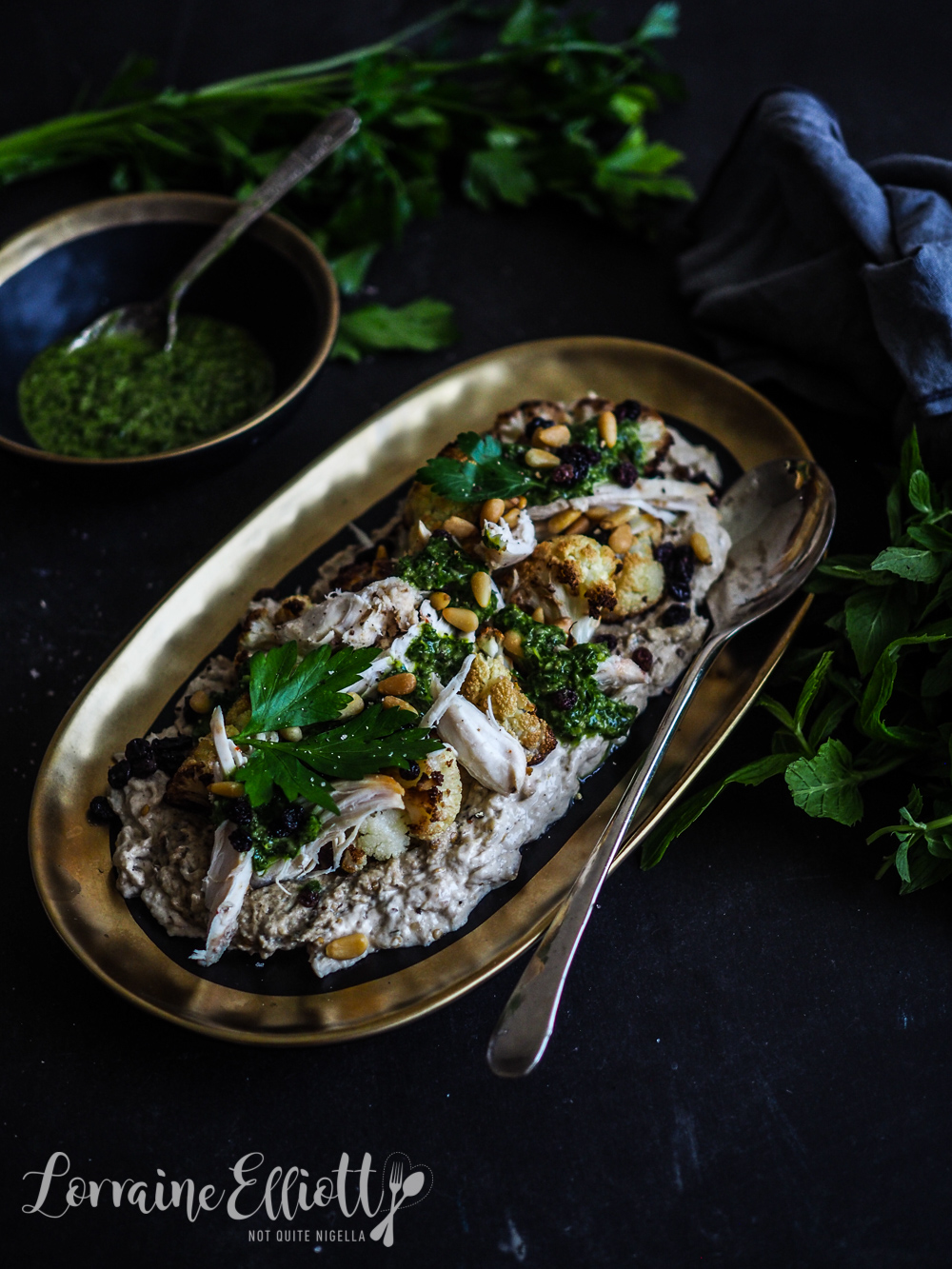 Step 1 - Firstly roast the cauliflower. Cut out the core and cut into florets. Drizzle with oil and bake at 200C/400F for 30 minutes. I like my cauliflower to be golden and caramelised. Cool.

Step 2 - While it is cooking bring a pot of water to the boil. Add the chicken tenderloins and turn off the heat and place the lid on. Leave for 10 minutes. The tenderloins will be cooked through by then. Cool.

Step 3 - Then make the salsa verde. Blend the herbs, capers, oil and lemon juice until smooth and season to taste.

Step 4 - On a serving plate spread the baba ghanoush. Top with cauliflower, chicken, currants and pine nuts. Dress with the salsa verde (you may not need all of the salsa verde). 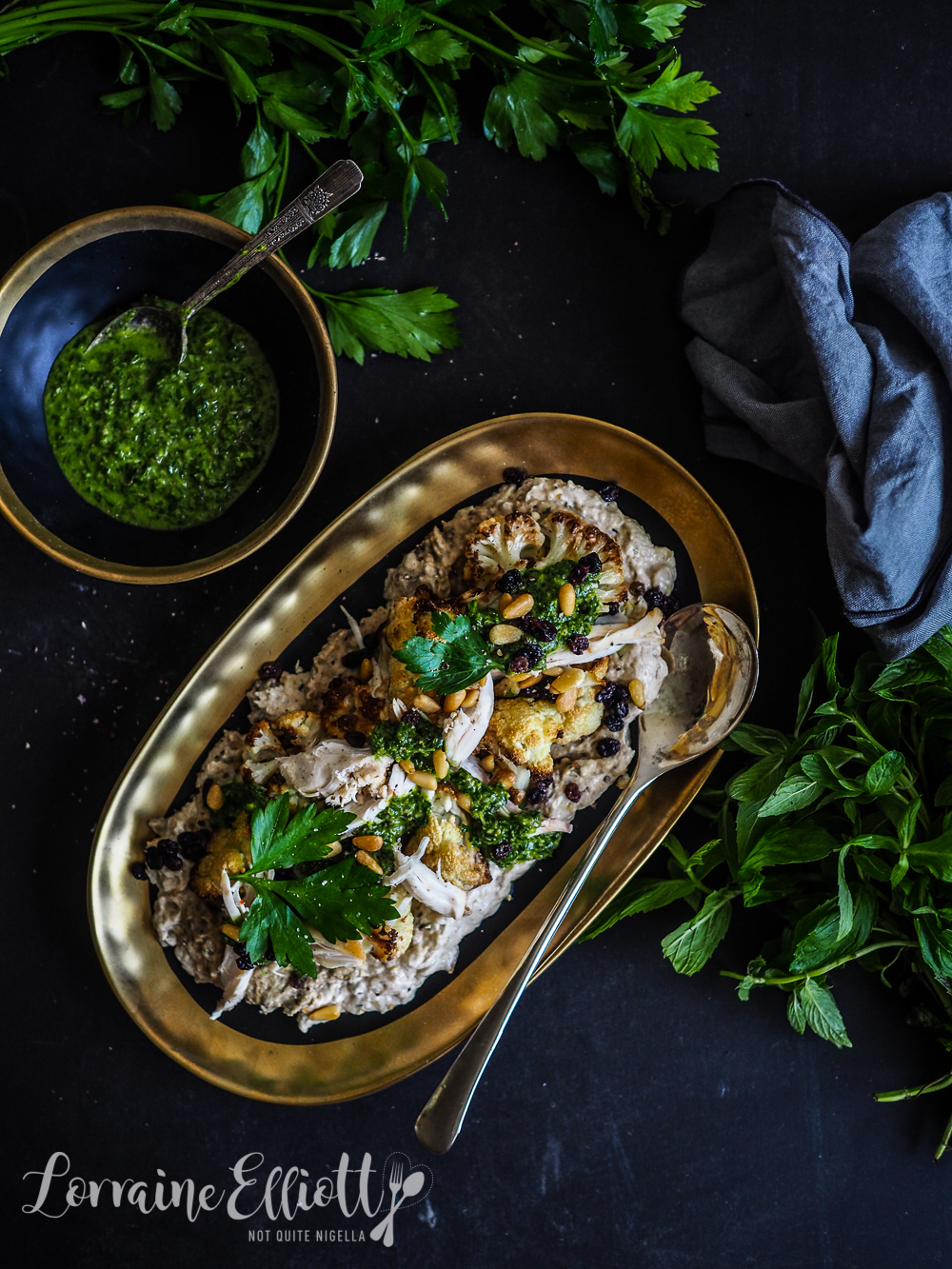