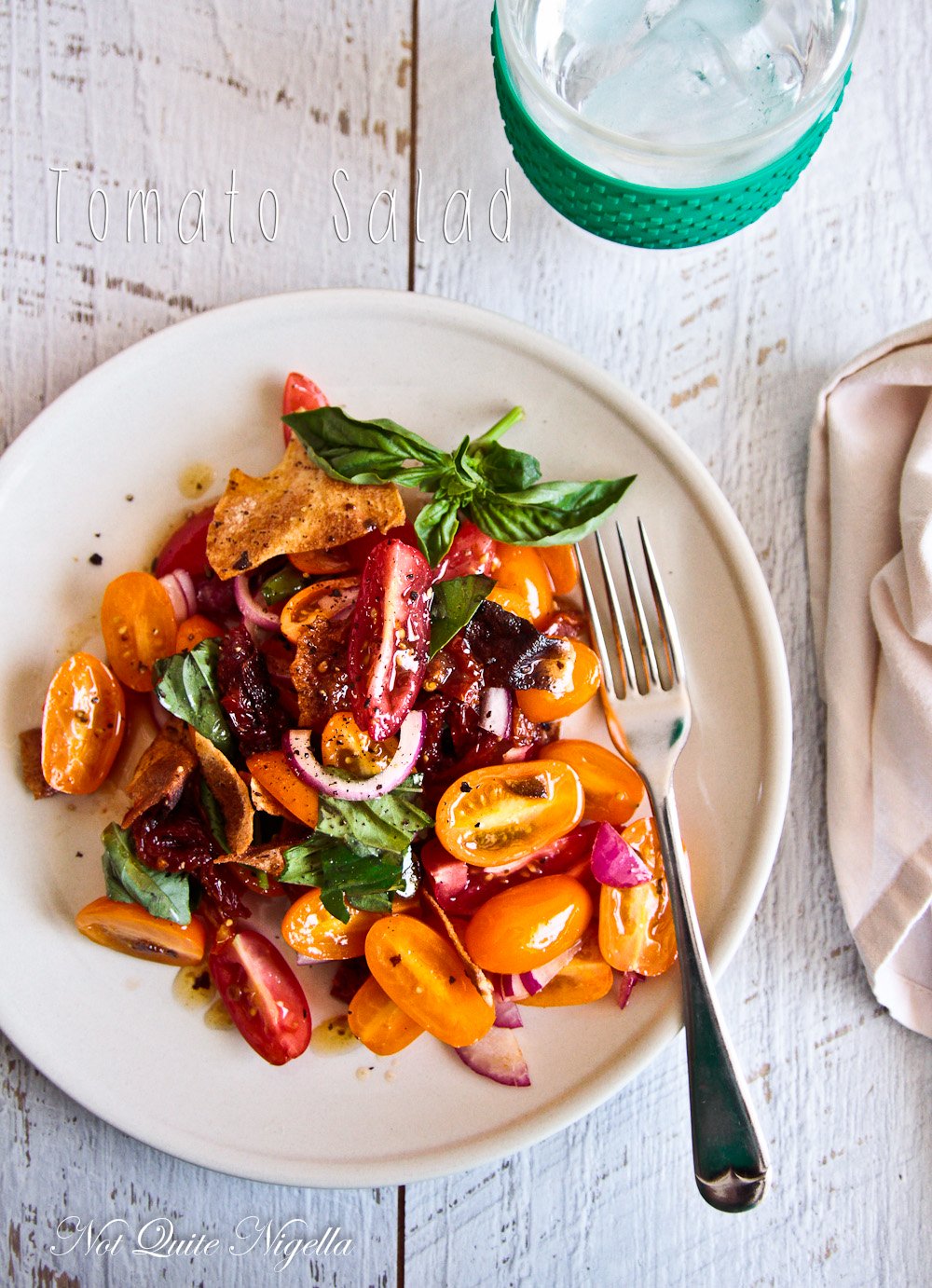 I was watching my new favourite show "Orange Is The New Black" when one of the characters Polly said something that made me look twice and rewind.

"I love being the target of envy. That means I'm winning."

Cultivating envy is kind of an awful concept really isn't it? But I think some people do it because it means that they're at least on the right track. Soliciting compliments for something is one thing and when someone compliments someone on a job well done, it means that they did a good job. But cultivating envy is the extreme version of this and something that is best steered clear of if you can help it.

Then again there are people that will be envious of anything really. I must admit that when I see people with fantastic home gardens, I wish I had a bit of their flair with gardening. Instead I sit with my balcony full of hard to kill plants (who knew that you could grow so many varieties of cactus? And yes I've killed one). 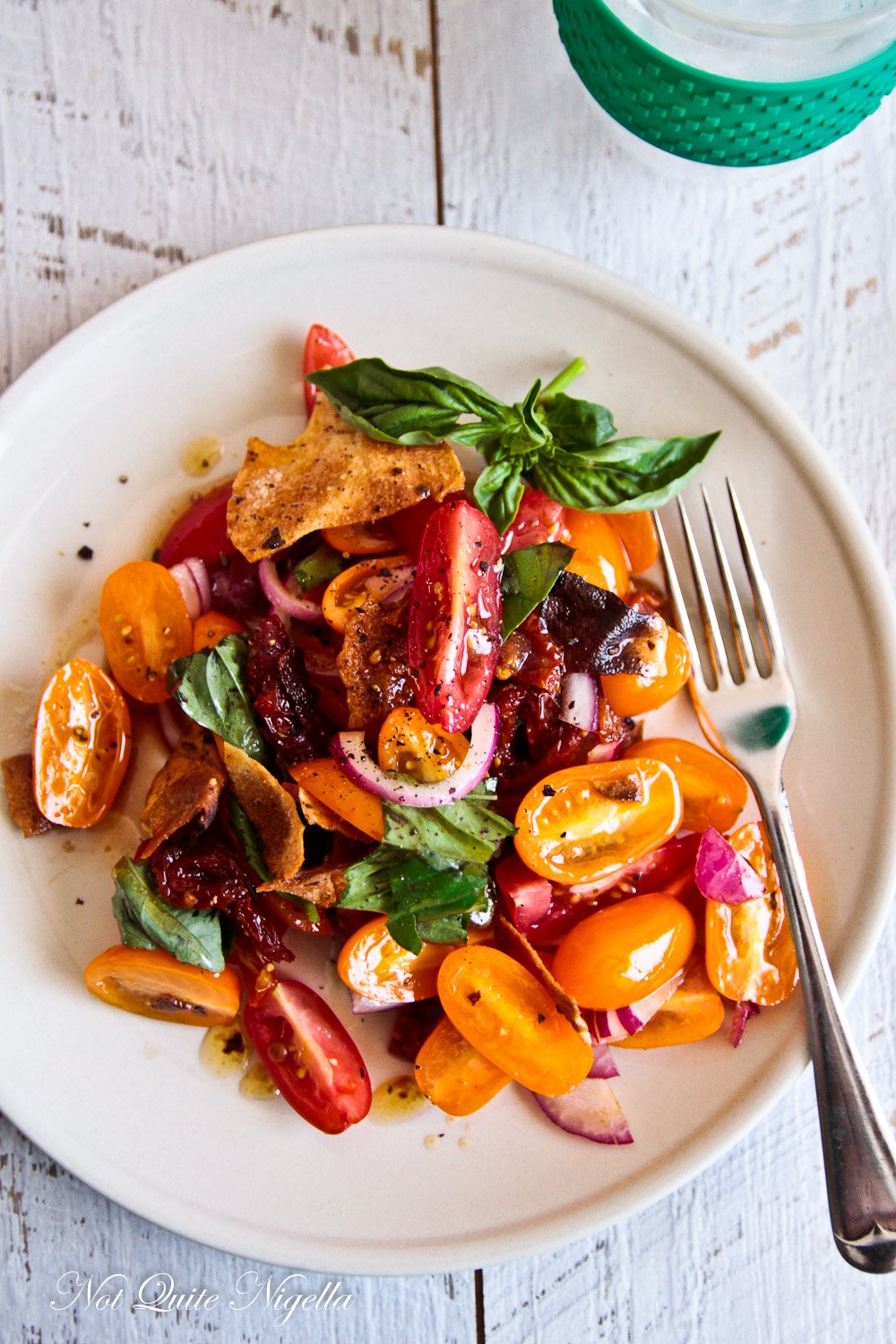 I wish I could tell you that I grew these tomatoes myself and that I picked them from my sun dappled garden, still warm to the touch. But of course I didn't, I bought them because there are some really fabulous tomatoes available at the moment.

It's really one of the simplest salads you can make and is prepared in less than 10 minutes, five if you have the Lebanese bread already toasted. The crunchy bread stays that way for a while and gives the sweet, succulent tomatoes a crunch while the sun dried tomatoes add an intensity of flavour to echo the fresh tomatoes. It may be the target of envy until of course everyone realises how easy it is to make.

So tell me Dear Reader, do you think that Polly was right about being the target of envy? 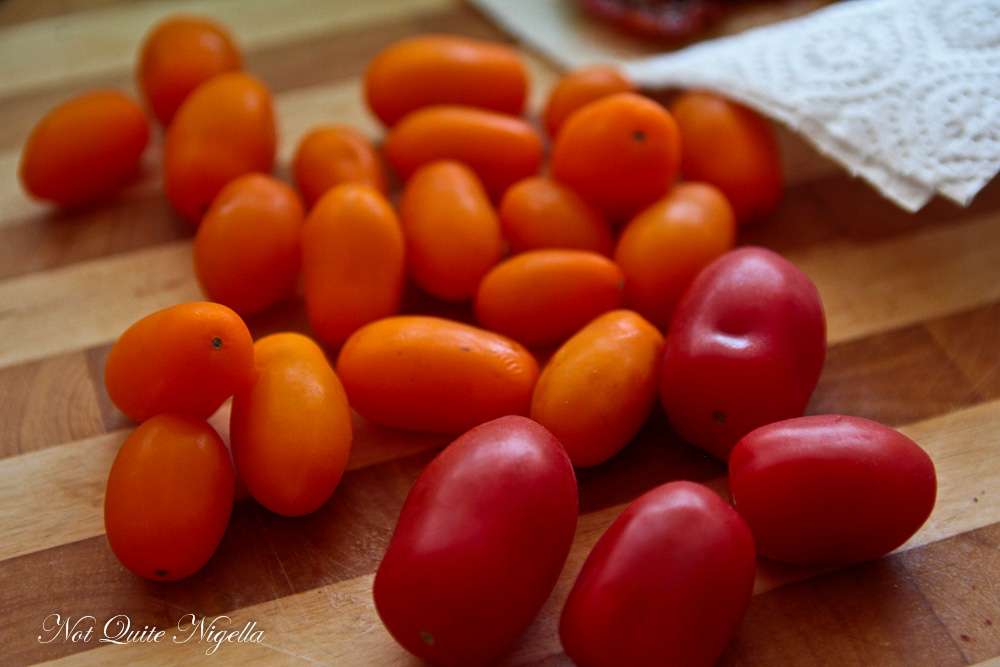 Step 1 - Toast the Lebanese bread on both sides under the grill first. Meanwhile, wash and slice tomatoes and place in a medium sized bowl. Drain sun dried tomatoes on paper towels and slice into strips. Place in the bowl along with the basil leaves and red onion. 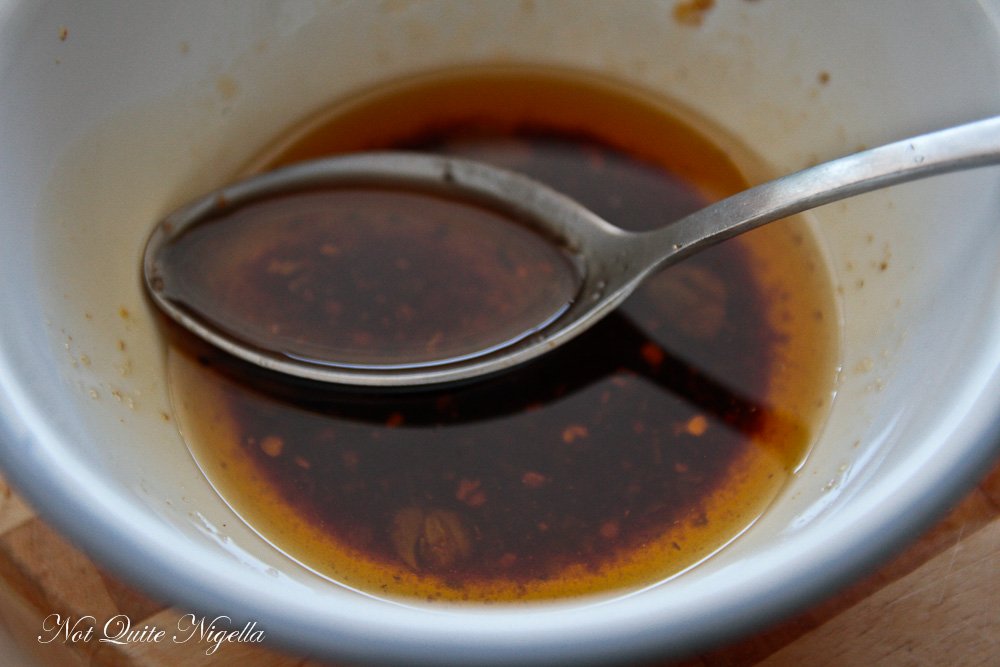 Step 2 - Whisk the oil, vinegar, sugar and salt together and pour over the salad. Crumble the toasted pita bread into the salad and then toss gently. Grind some black pepper over the salad when serving. 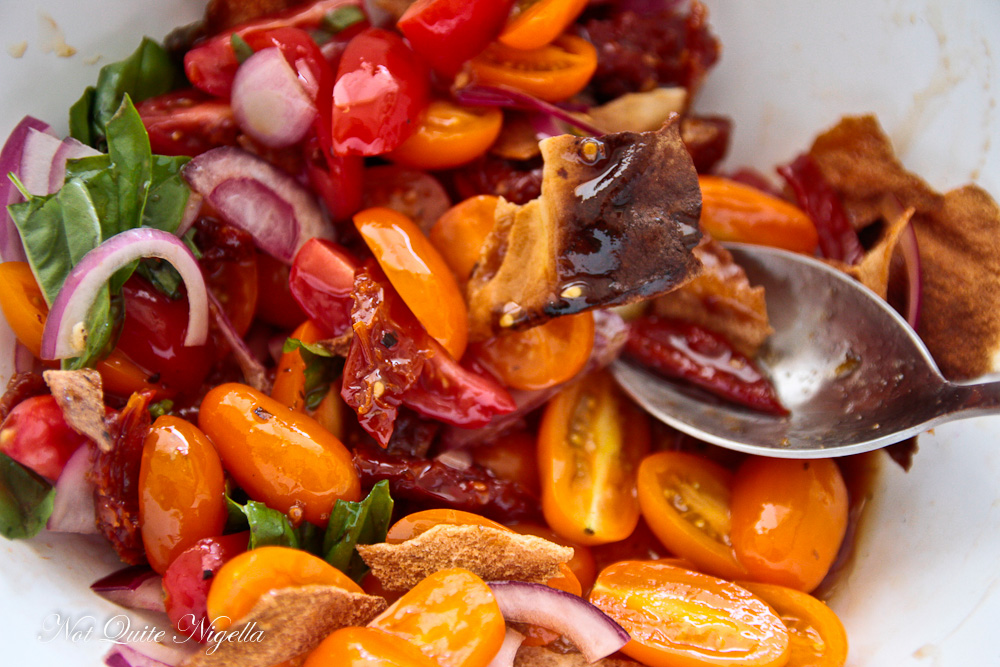