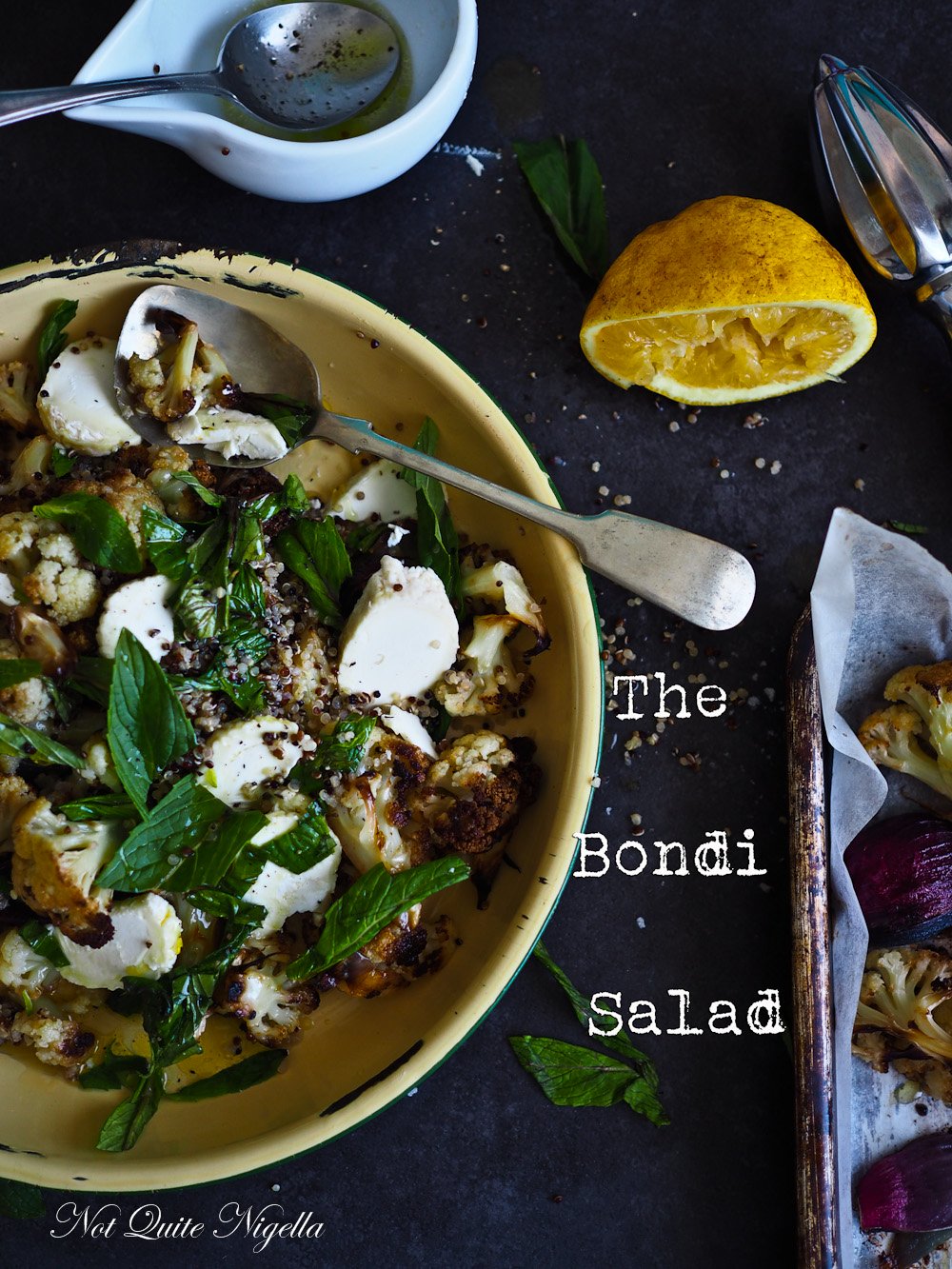 This is one of those easy set and forget salads where you leave the oven to do its job roasting and sweetening up the cauliflower and the stovetop to plump up the quinoa. A gluten free and grain free salad it is dressed simply and livened up with goat's cheese and fresh mint!

Before we moved to our current address, we lived in a suburb of Sydney called Mosman. It was near the water and because of that we would often get a lot of birds on our balcony. These were mostly native Australian birds called cockatoos. They are large white feathered birds with yellow plumage on top. They've got great personalities, albeit vocal ones and would happily perch on our balcony entertaining us while we worked from home.

One day last week at around 7am Mr NQN came back from cycling and poked his head in the bedroom door. "I found a cockatoo and I think its wing is broken" he said. He was worried about the neighbourhood cat Kevin attacking the cockatoo as it wasn't able to fly. I looked out the kitchen window and saw it sort of face planted into the grass trying to find something to eat. The poor little thing.

The bird offered little resistance when Mr NQN went to collect him. He brought him back in wrapped in a towel and we looked around for a box big enough to hold him. Mr NQN read that you needed to keep them in a box in the dark to help calm them down. "What about the laundry basket?" I suggested. He gently lowered the bird swathed in the towel into the laundry basket and closed the blinds. He had to leave for work so I waited for the vet to open to make an appointment for the cockatoo that I had dubbed "Rocky the Cocky". Now I haven't seen the movie Rocky but he was a boxer right? I figured that he might have had an arm injury much like a wing injury. 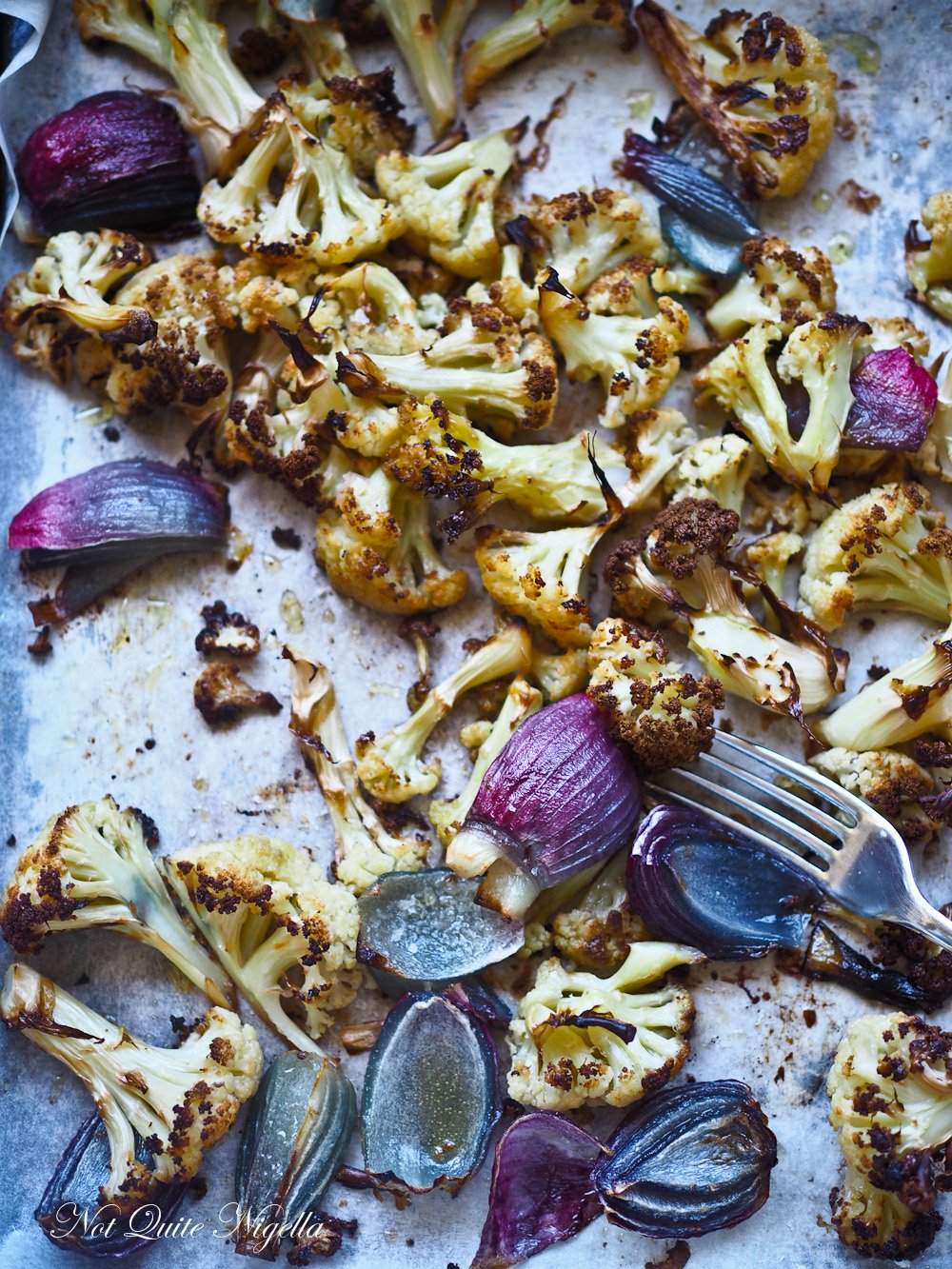 I brought him into our closest vet Bird & Exotics Veterinarian in Waterloo and they removed him from the basket while I filled out a form and chatted to another customer who had brought his bird in. They would take a look at Rocky when they had a chance. I wasn't allowed to keep Rocky as he was a wild bird but I still wanted to know how he was. I asked if I could call to check on Rocky's progress and they said that was fine and within a couple of hours they left me a voicemail.

Alas, Rocky hadn't made it. His injury was severe and this coupled with some old injuries meant that they needed to put him down. He had a left side upper fracture to his wing bone that was protruding and it had started to go necrotic. I asked if he was a pet or not because I was going to put up posters in case the owner was worried but Rocky was a wild cockatoo. I was in a mood all afternoon because in the two hours that I had been in his company I had grown quite attached to him (Mr NQN calls me a limpet because I do that).

I really only had the energy to make this salad. It was one of those set and forget salads that you put on while you plunge yourself into work. I call this the Bondi Salad because it has all the things that I think of when I eat out in Bondi - roasted cauliflower, quinoa and goat's cheese. All it needed was a green smoothie! ;)

The salad did help lift the spirits in the house and ever pragmatic Mr NQN suggested that Rocky had lived a good, free life and that at least he wasn't in pain anymore. Rest in peace Rocky!

So tell me Dear Reader, do you have a pet? And what do you do on those days that you just can't be bothered cooking? 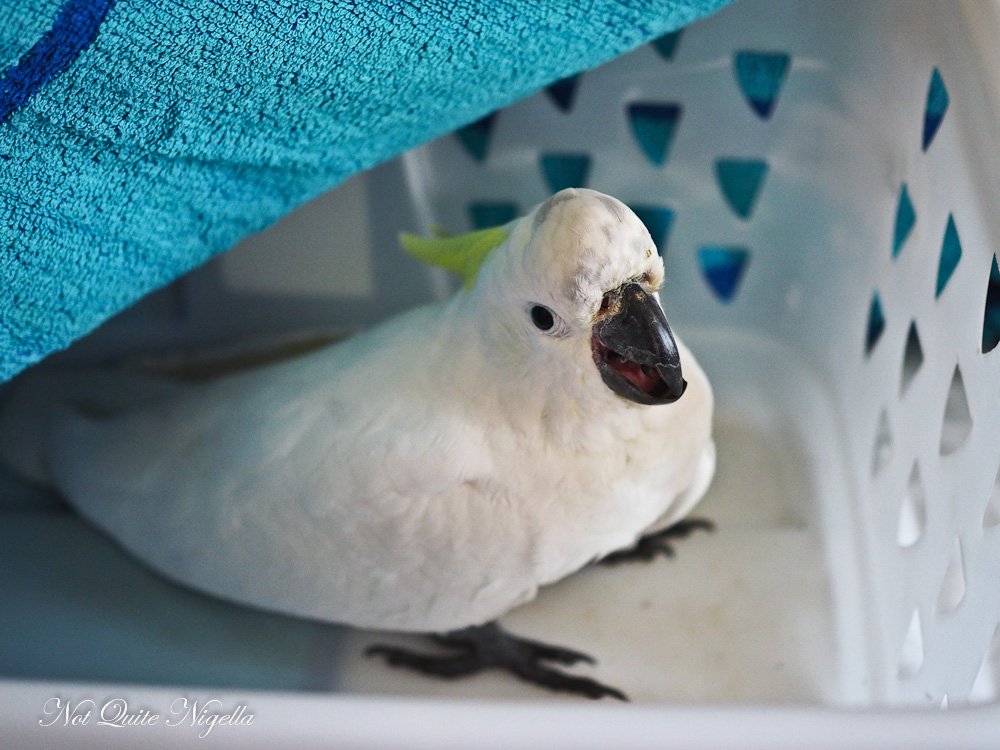 Step 1 - Preheat oven to 200C/400F and line a baking tray with parchment. Break the cauliflower up into florets and peel and quarter the onions and place on the tray. Drizzle with oil and roast for 40 minutes turning the pieces around and rearranging them halfway through cooking.

Step 2 - Slice up the goat's cheese and toss this with the quinoa, cauliflower, onion, mint, salt and pepper. Mix the lemon juice and olive oil together and drizzle over the salad. 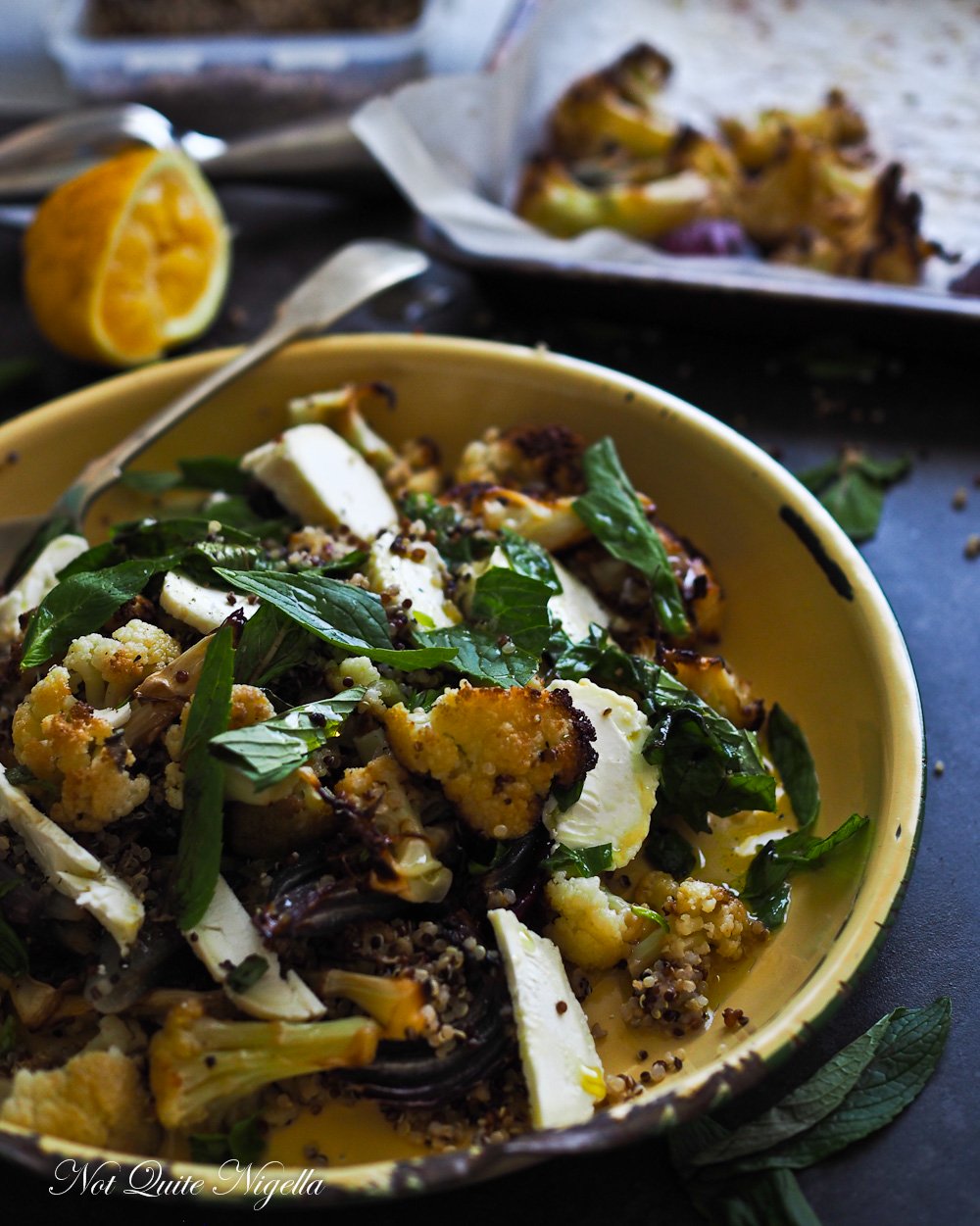