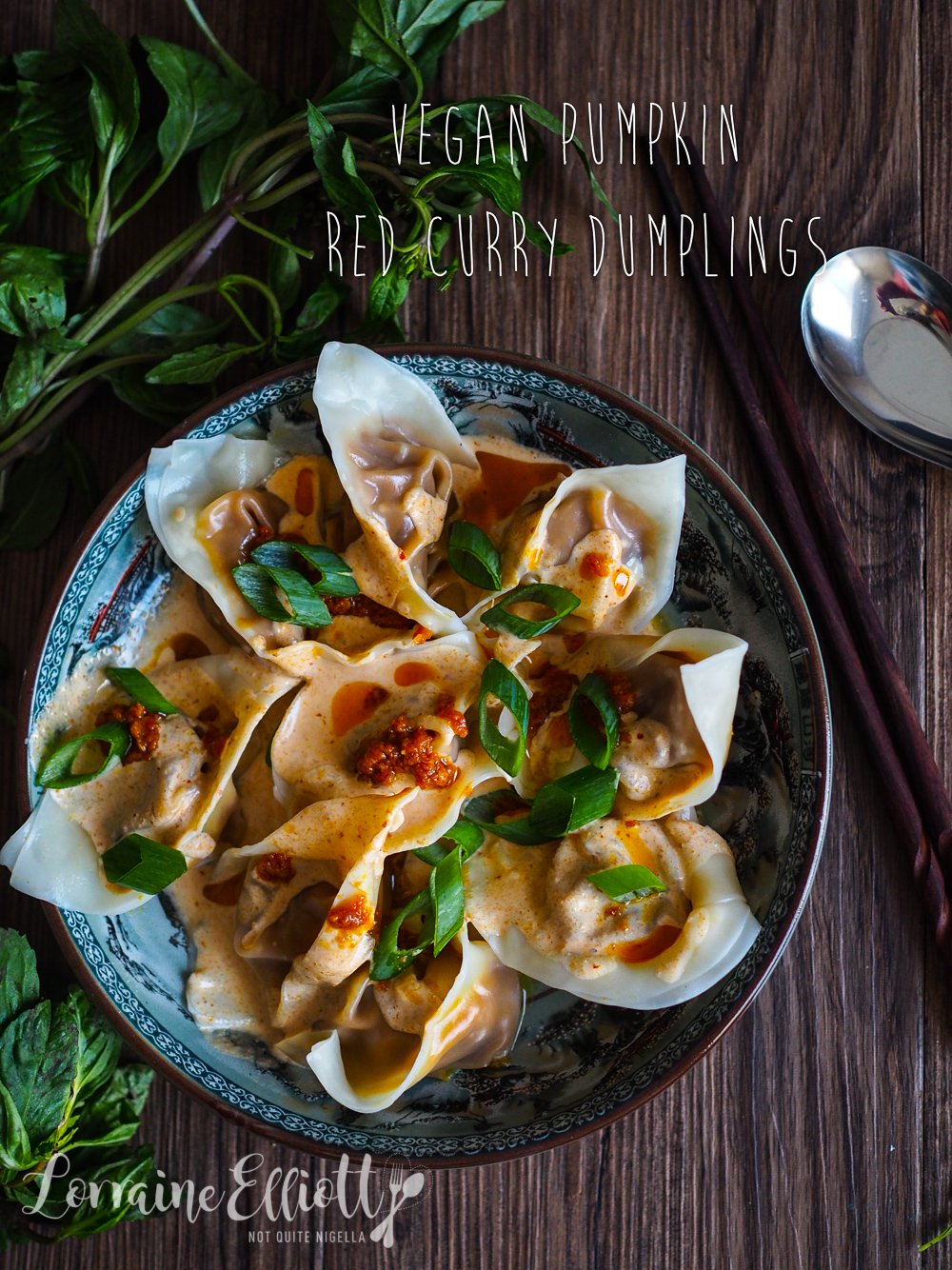 Want to serve up a totally delicious vegan dumpling feast? These pumpkin and red curry dumplings sing with flavour and you won't believe how simple the ingredients are! These vegan dumplings have a spiced pumpkin filling with a simple red curry coconut curry sauce!

I have to admit that I was very surprised and unprepared for how tasty these dumplings were. These started off as a way to clear out my freezer of some roasted pumpkin a packet of won ton pastry I had found right in the back of the freezer. I had eaten a pumpkin curry the week before and while I would have initially paired pumpkin with chicken the Thai pumpkin curry was so tasty that I decided to make it vegetarian and somehow it became vegan by accident. 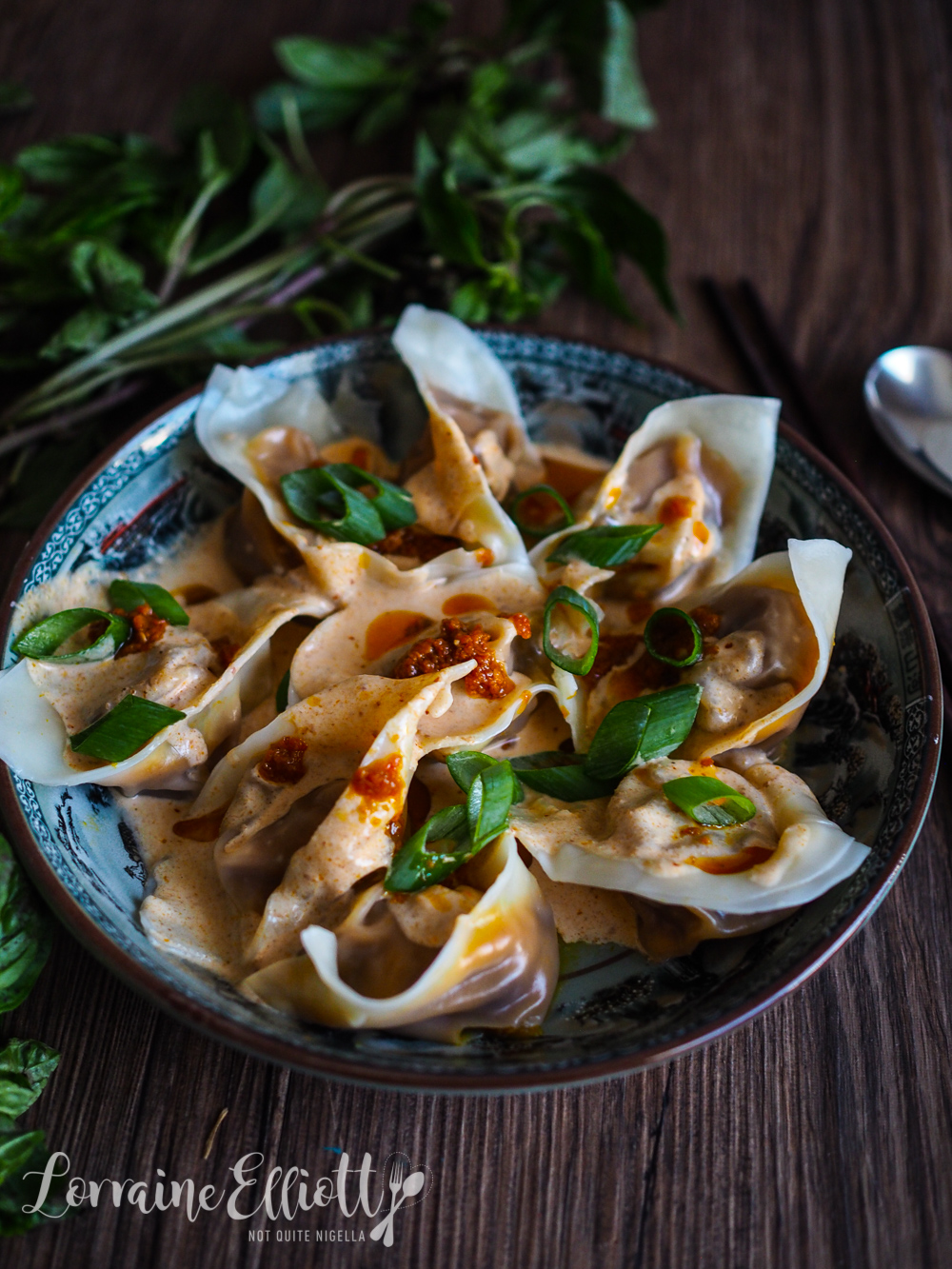 I'm not so skilled with shaping these dumplings and so they aren't perfect. I think if the filling was sturdier (like a mince that firms up on cooking) it would have held its shape better.

There are plenty of times where I wish I were more skillful. Another instance when I demonstrated my lack of skill was with Teddy's harness. I find dog harnesses can be tricky to work out at first. Once you know how they go on its fine but the first time can lead to confusion especially when Teddy doesn't want to sit still (Mochi would often just stand there waiting for her harness to be clipped on). 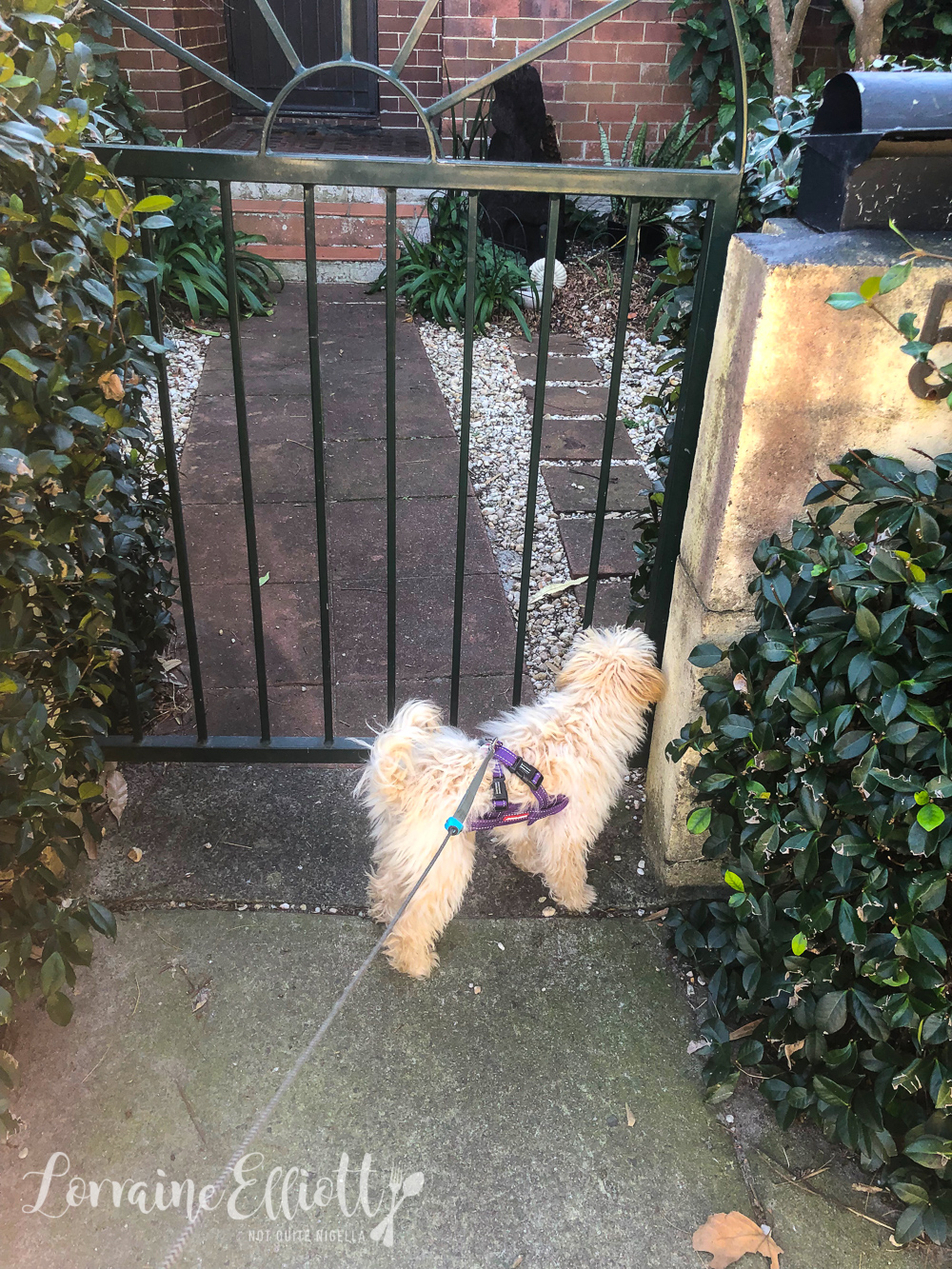 How not to attach your dog's harness

I held it up and regarded it. It was a weird sort of harness and it looked like it had a sanitary napkin on it. I turned it around and figured that the ring that you slip the lead onto had to be on top. So I tried a couple of options before giving up and muttering to myself, "I don't have time for this bulls^($#." It looked sort of ok and Teddy didn't seem bothered but I sort of knew that it looked odd and not right. I just did not have time to keep trying.

When I got home from the walk Mr NQN looked less than impressed with my efforts and explained the right way to put the harness on. And in my defence, I have put it on correctly ever since then-I promise!

So tell me Dear Reader, do you sometimes give up half way while doing something and just make do? Are you good at making things with your hands and figuring stuff like that out? 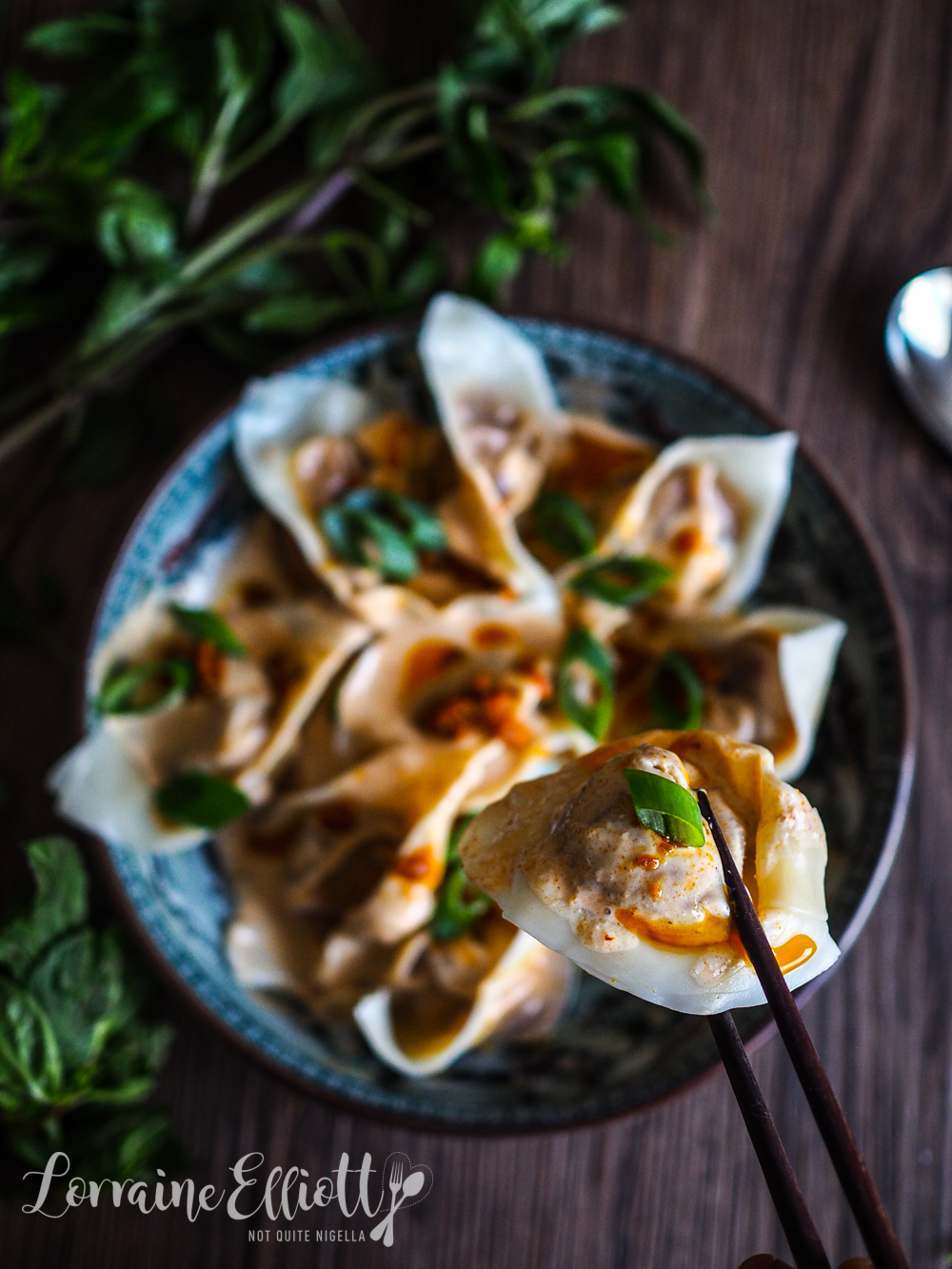 Step 1 - Add oil to a saucepan and heat on medium to high heat. Add shallots, garlic and lemongrass and saute until golden and fragrant. Add curry paste and fry for 30 seconds or so. Add the pumpkin and chives and stir and cook through making sure water is evaporated. Cool completely. 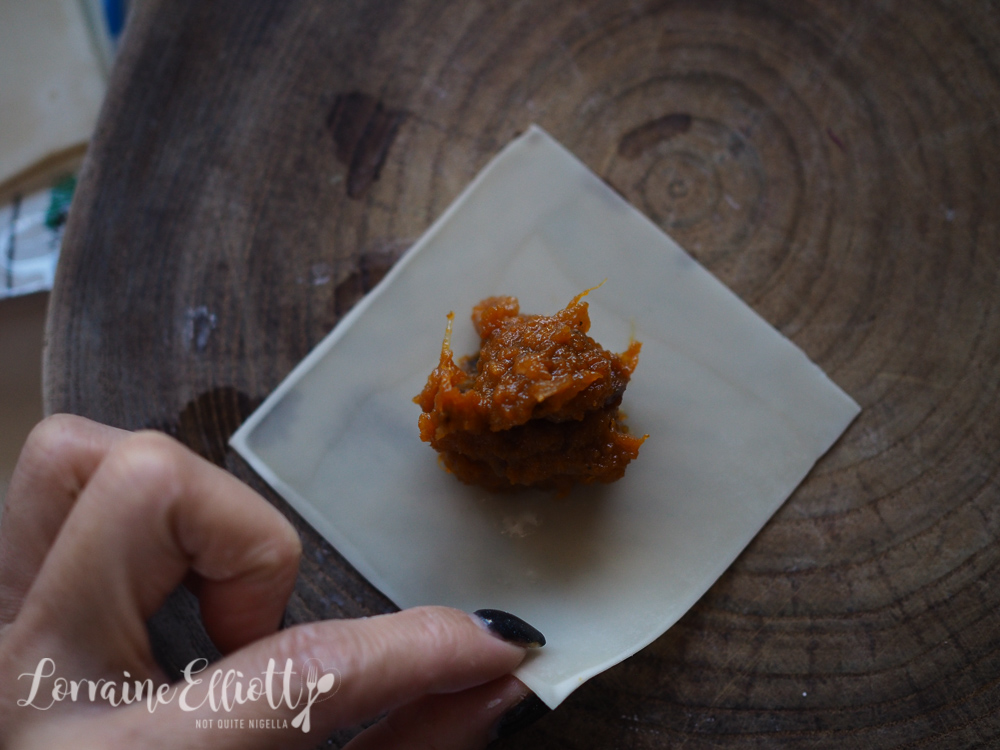 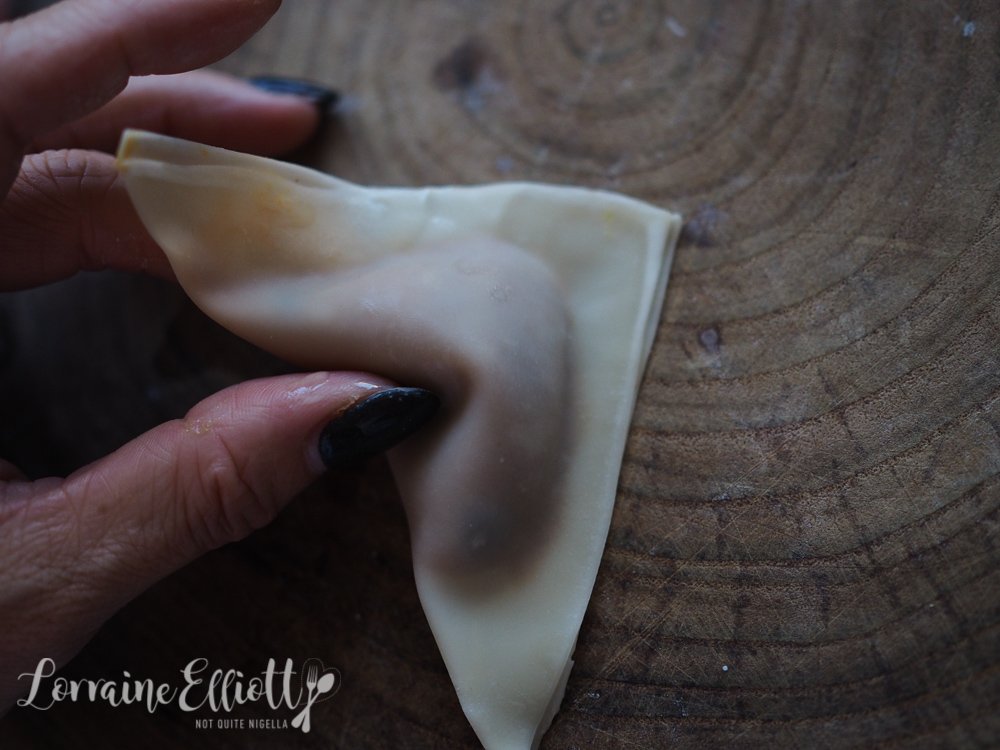 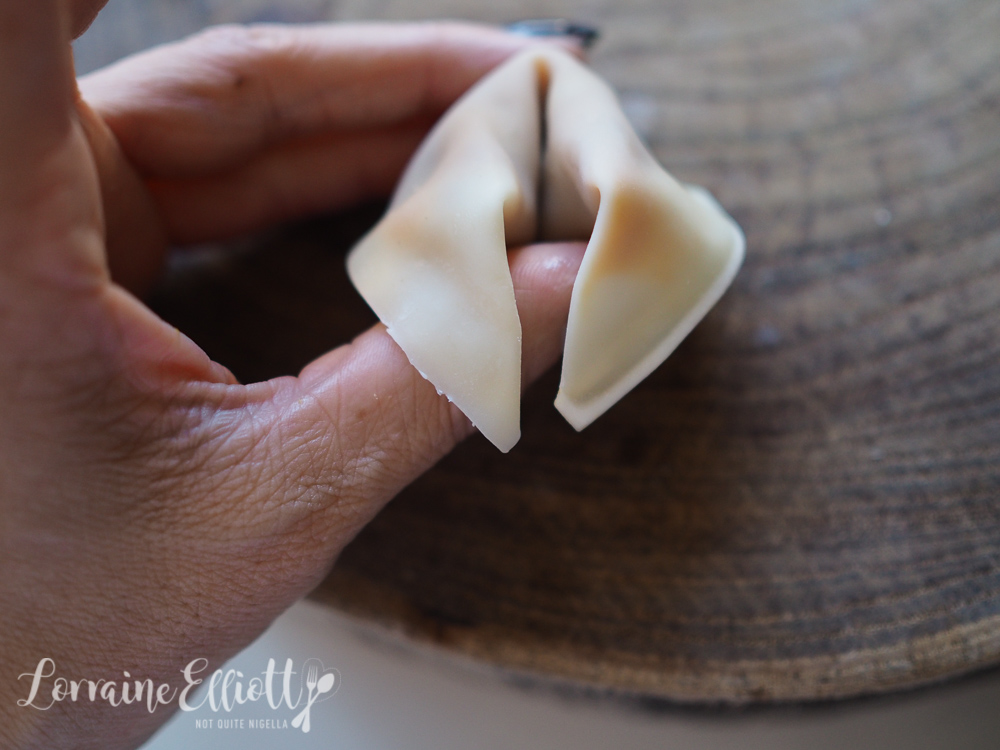 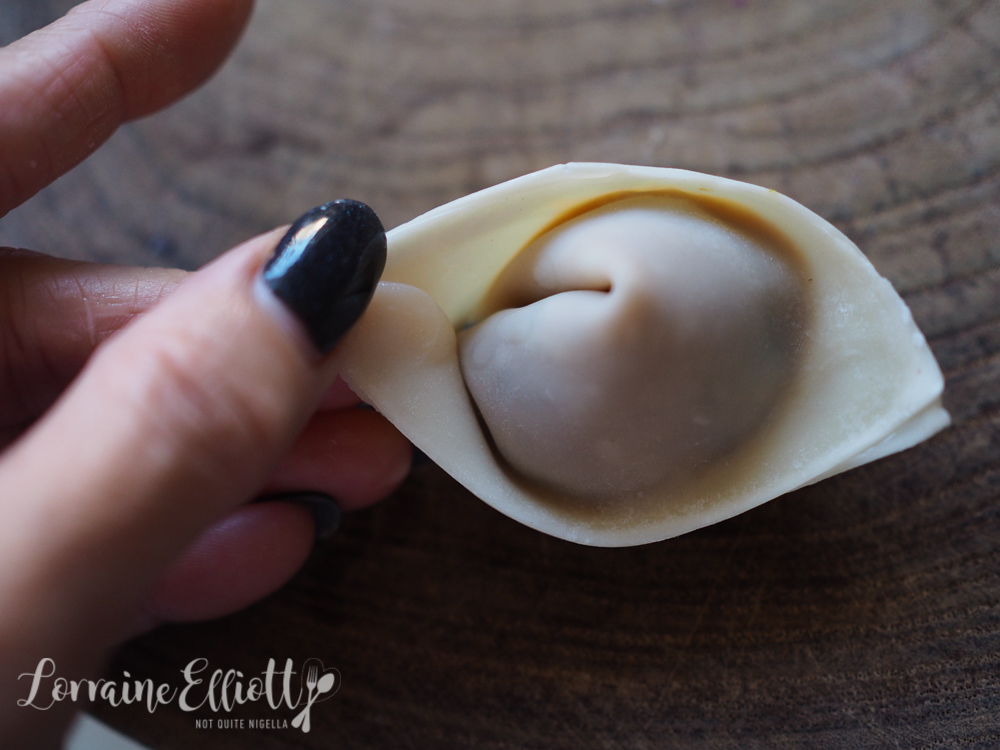 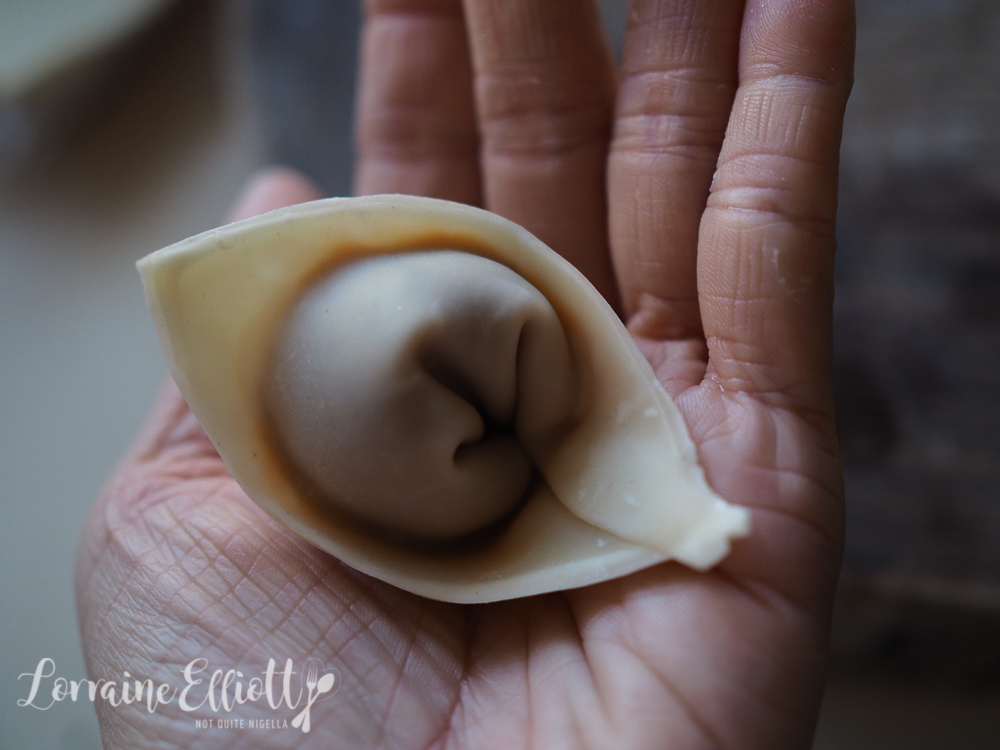 Step 2 - Take a piece of won ton wrapper and wet around the edges. Spoon a small round of the pumpkin mixture and seal on the ends to make a sealed triangle making sure to not get air bubbles in them. Fold in half pressing the rounded pouch in the middle and join the ends together forming a little boat. Place on a tray and repeat until the mixture and wrappers are used up.

Step 3 - Place a pot of water onto boil and cook for 2-3 minutes. Drain and place on a serving plate. In another pot heat up the coconut milk with the teaspoon of red curry paste and pour over the dumplings. Drizzle chilli oil and sliced green onions. 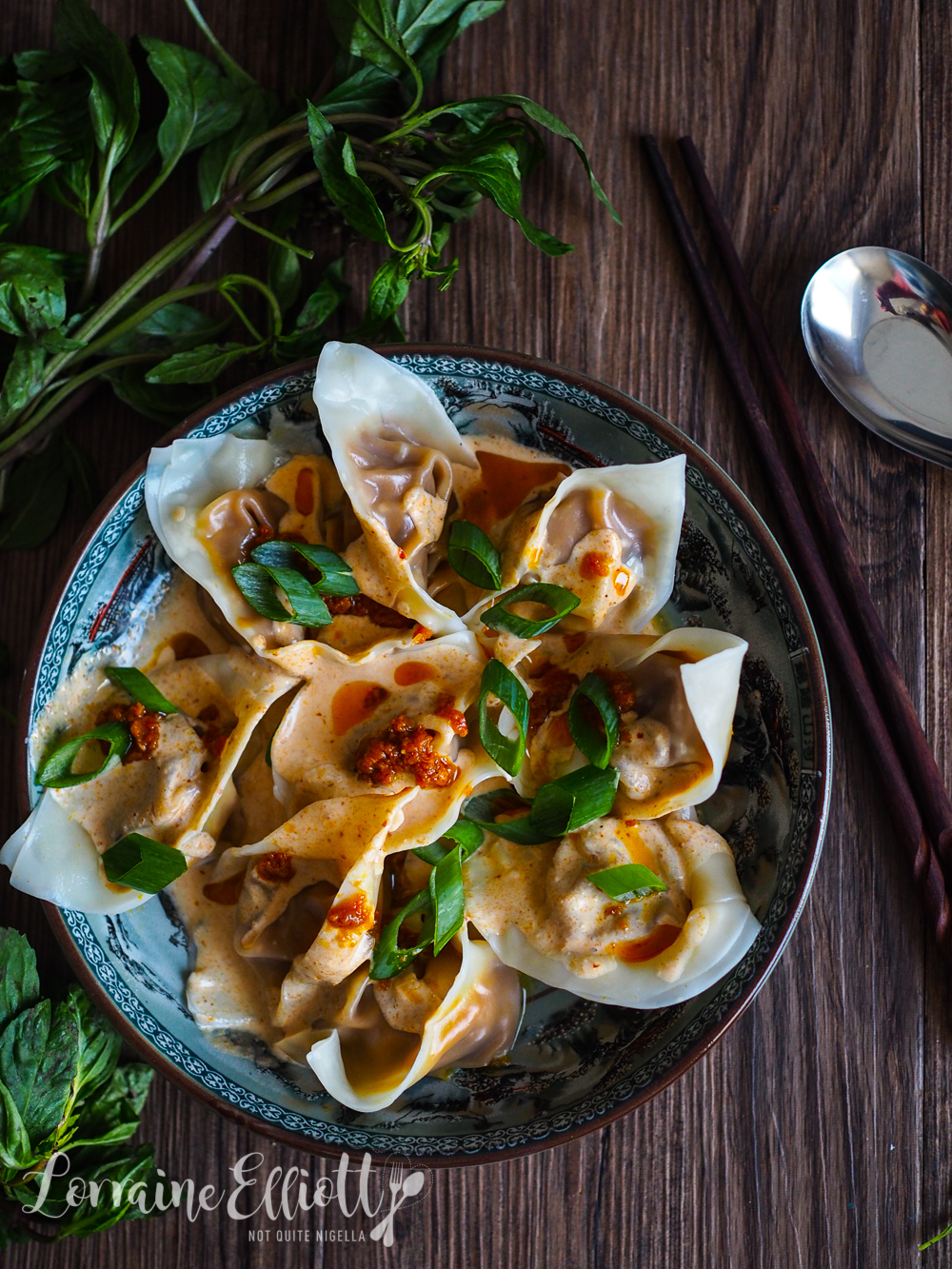