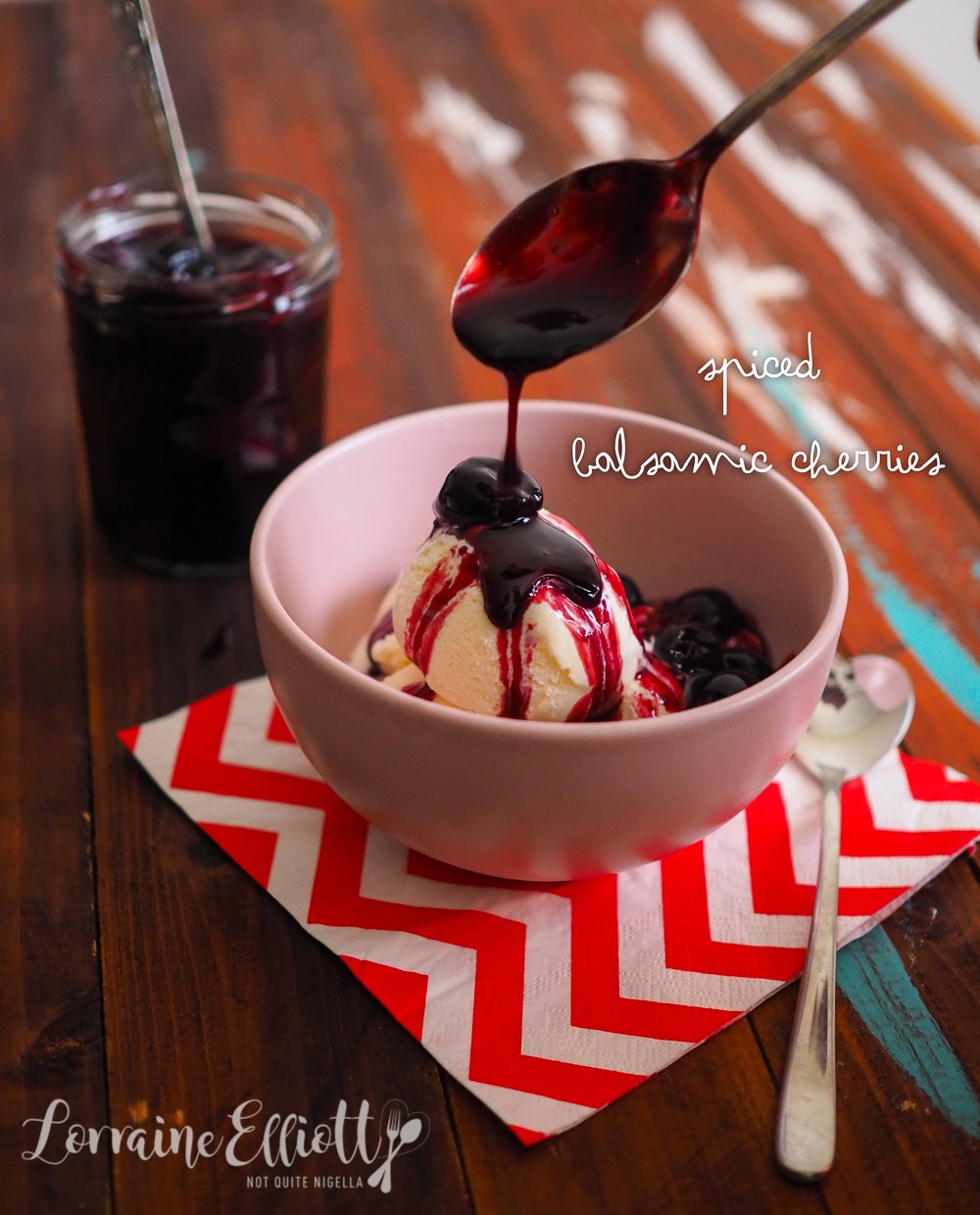 The idea for these balsamic spiced cherries originally came from the restaurant State Bird Provisions in San Francisco. They served spiced balsamic cherries on top of an ice cream sandwich. While this is a great idea I wanted to make it a more low key sort of thing that I could add to Mr NQN's breakfast yogurt or ice cream.

These balsamic cherries are very quick to come together. It's not a jam so you don't have to boil the mixture until thick. It's also not preserved so it doesn't last for years on the shelf. This makes 2 x 400ml/14oz jars that you can keep in your fridge which is easy to go through. This takes around 15 minutes, tops, and you really have a perfect accompaniment for vanilla ice cream for dessert. The balsamic vinegar adds a tang while the red wine gives it a depth of flavour. 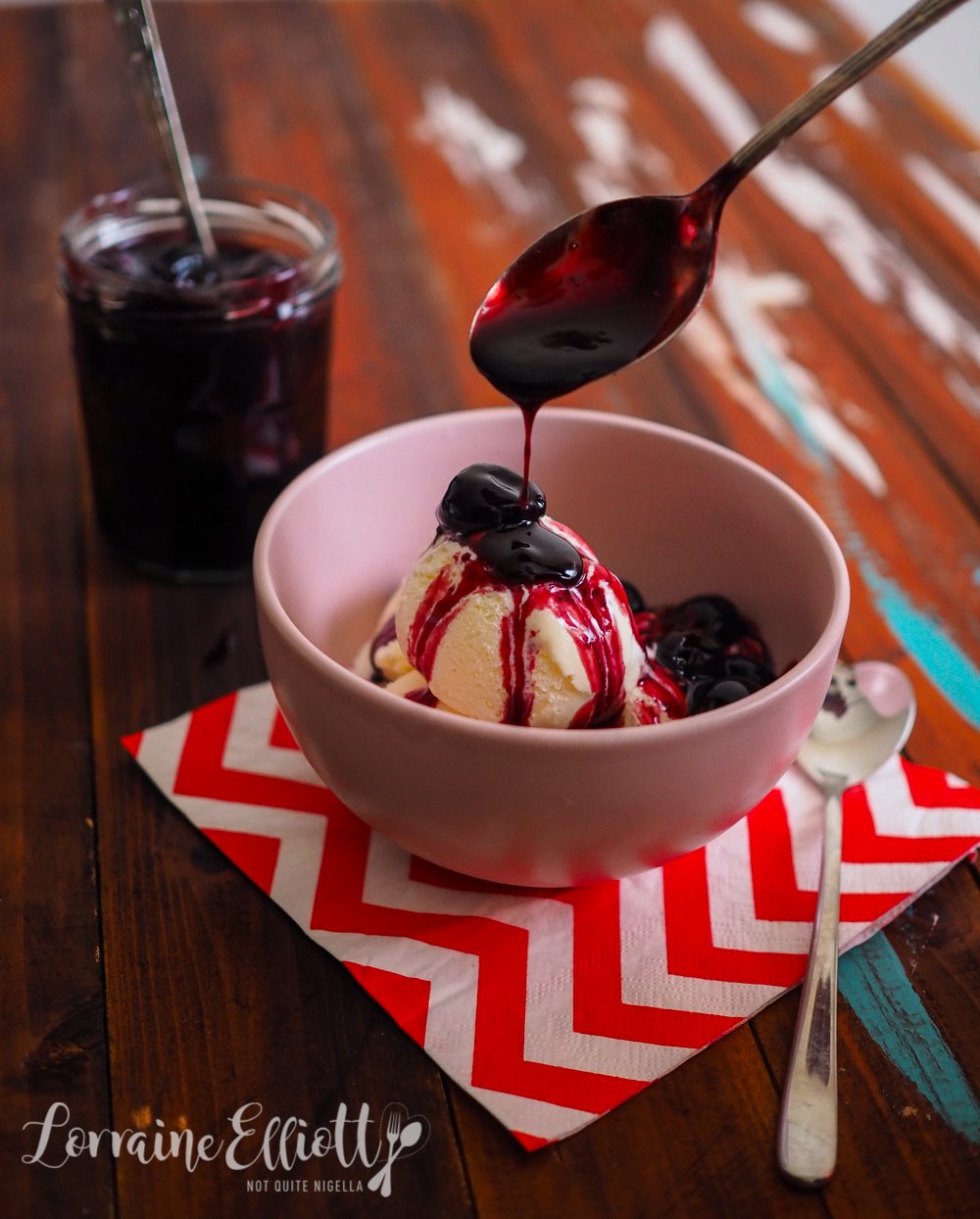 I recently realised how ruthless my friends and I have become- ruthless with time that is. If a movie or tv show goes on for too long I just don't have the mental capacity to commit to it. Nina recommended a movie to me called Bikram. We all love documentaries and this is a really good one about the man that popularised Bikram yoga. It's a look into Bikram Choudhury's lies and predatory behaviour and how he created a cult-like environment to feed his over inflated ego. He is also alleged to have raped and sexually harassed several women who have brought lawsuits against him. 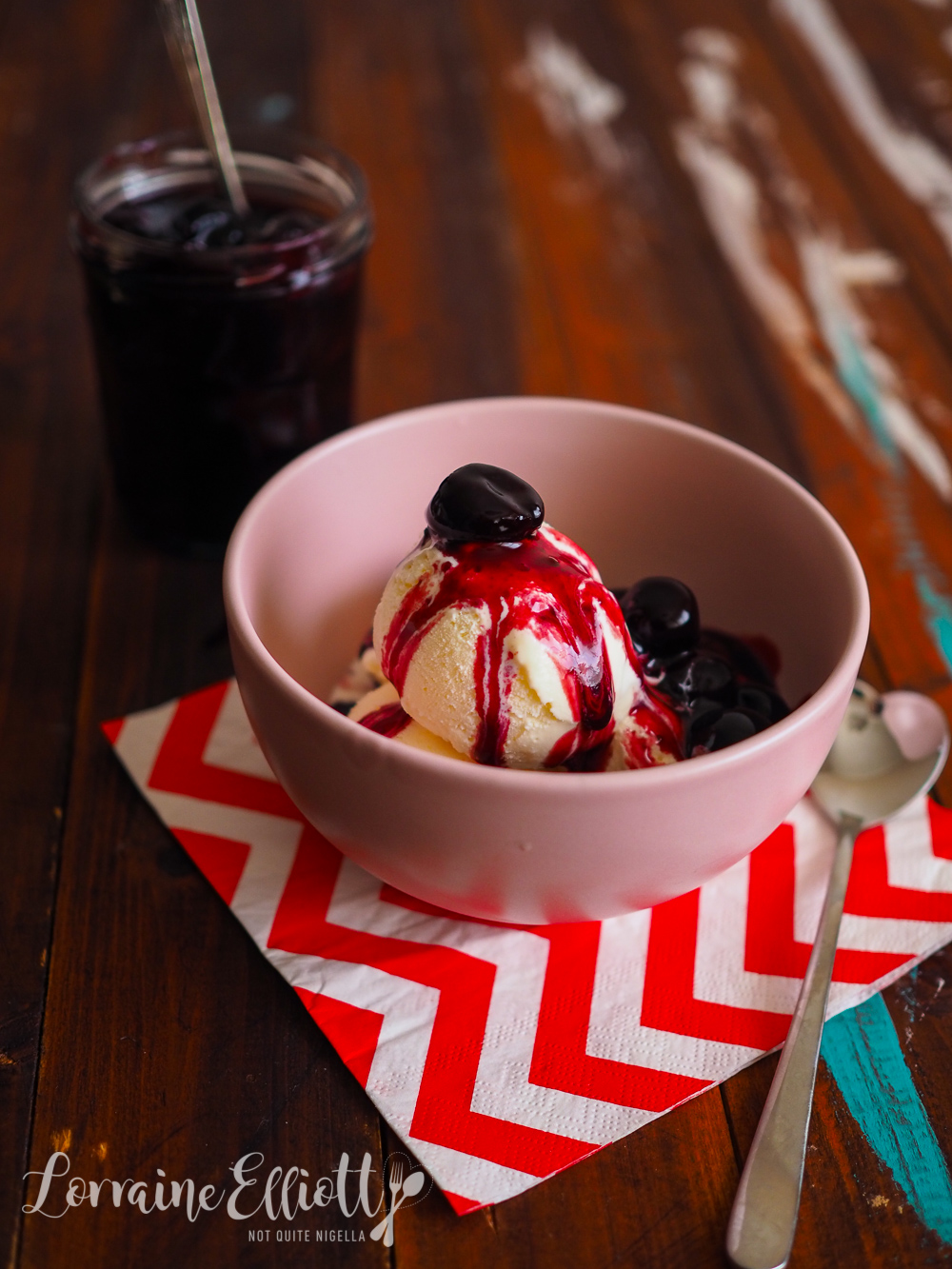 "Sounds interesting," I said to Nina. "How long is it?" was my next question. I just wasn't up to committing to a long film. Tv shows and smartphones have helped chip away at my concentration levels and 45 minutes is my sweet spot. Nina assured me that it wasn't very long, less than one and a half hours.

Having enjoyed the doco, I then recommended it to Ivy. "How long is it?" she asked and I had to laugh. It seems I wasn't the only one that wasn't able to commit to something long. I always seem to want to pick up my phone after 45 minutes or so. The exception is podcasts as I can listen to long episodes of those but I'm doing something else at the same time.

So tell me Dear Reader, do you like long movies or does your concentration wane? What is your sweet spot for tv or movies? Can you listen to podcasts for longer? 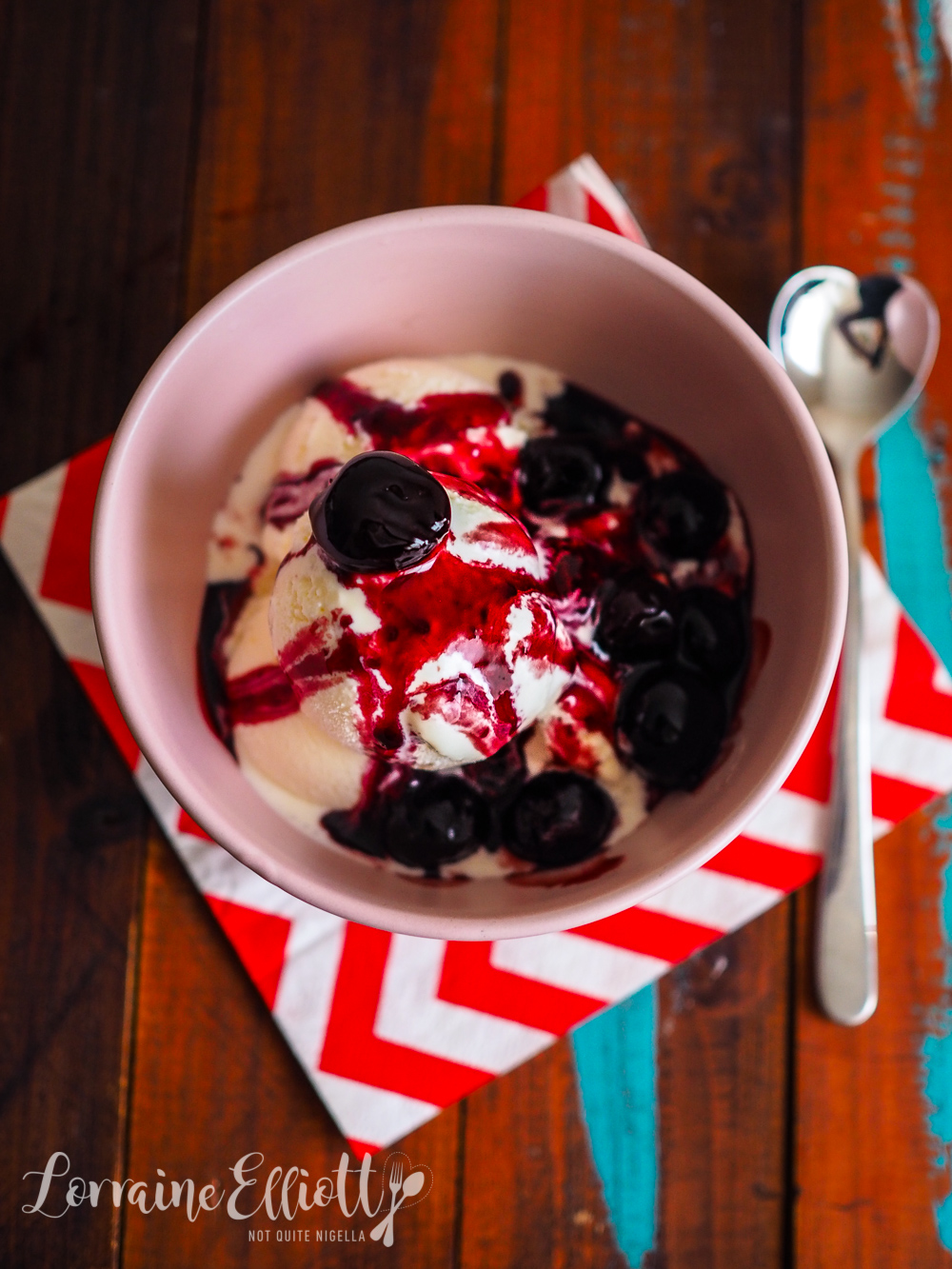 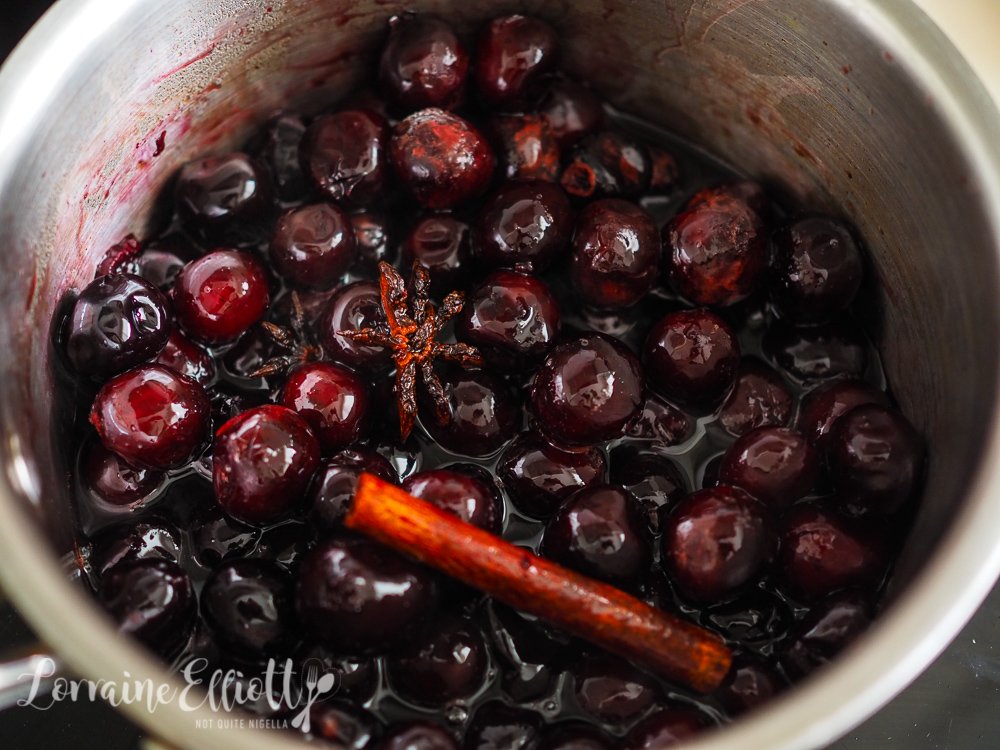 Step 1 - Place the cherries, sugar, wine, vinegar, cinnamon sticks and star anise in a saucepan and bring to a boil. Reduce heat to a simmer and cook for 6-7 minutes. 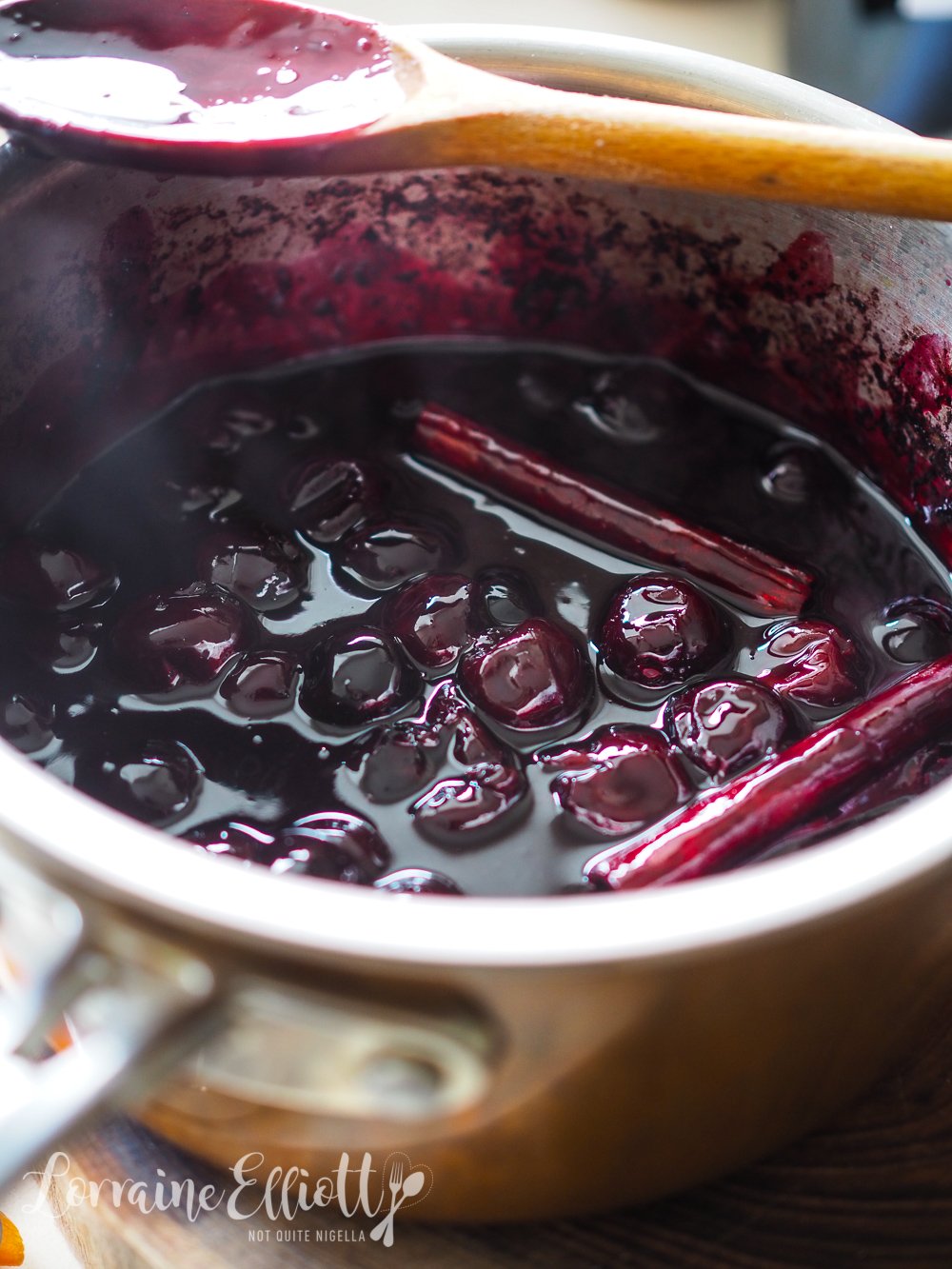 Step 2 - Turn down the heat to low and add the cornflour slurry and allow to thicken gradually on low heat stirring occasionally. Cool completely. This is great on yogurt and vanilla ice cream. It keeps for 2 weeks in the fridge (just use a clean spoon every time you take some out of the jar). 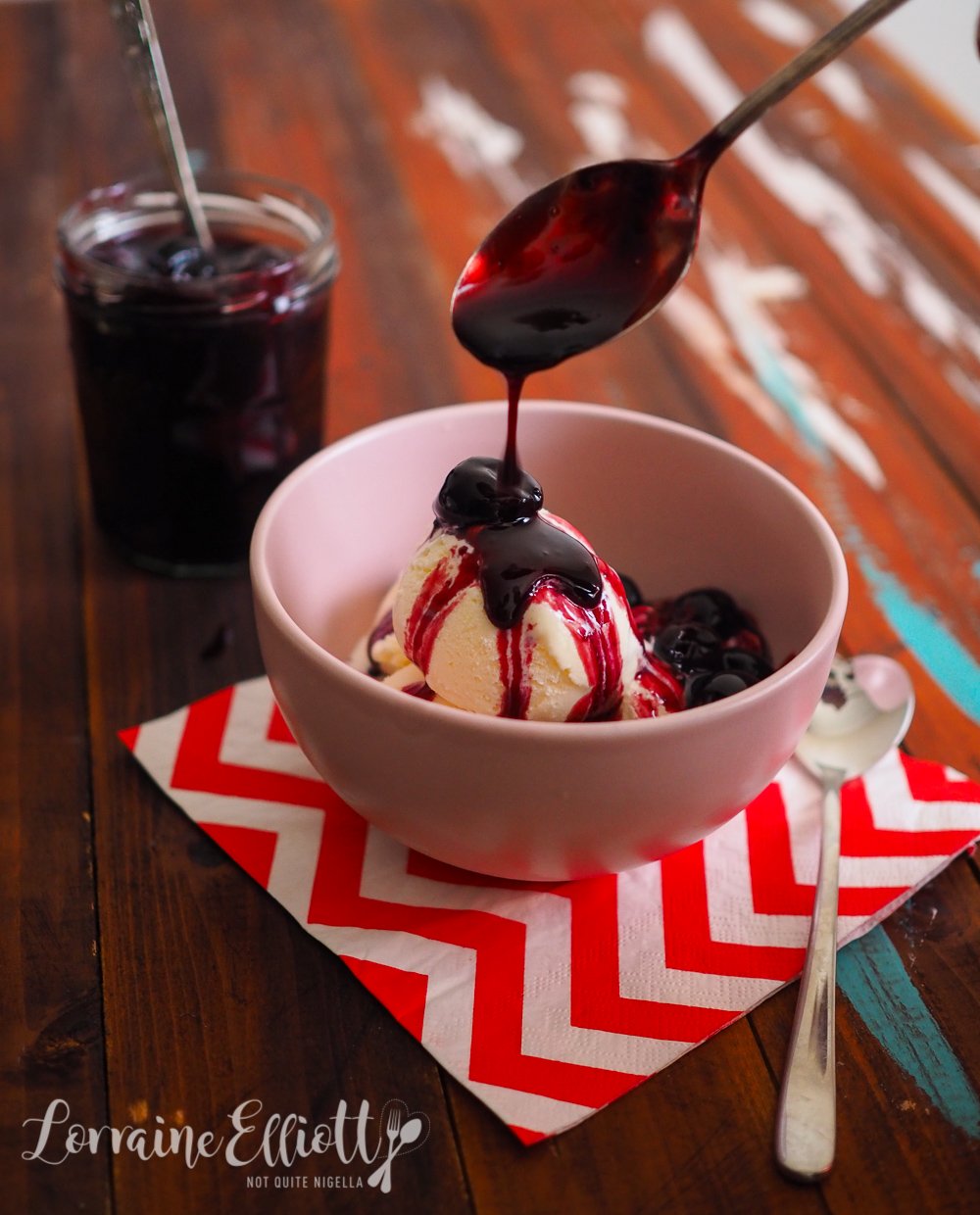