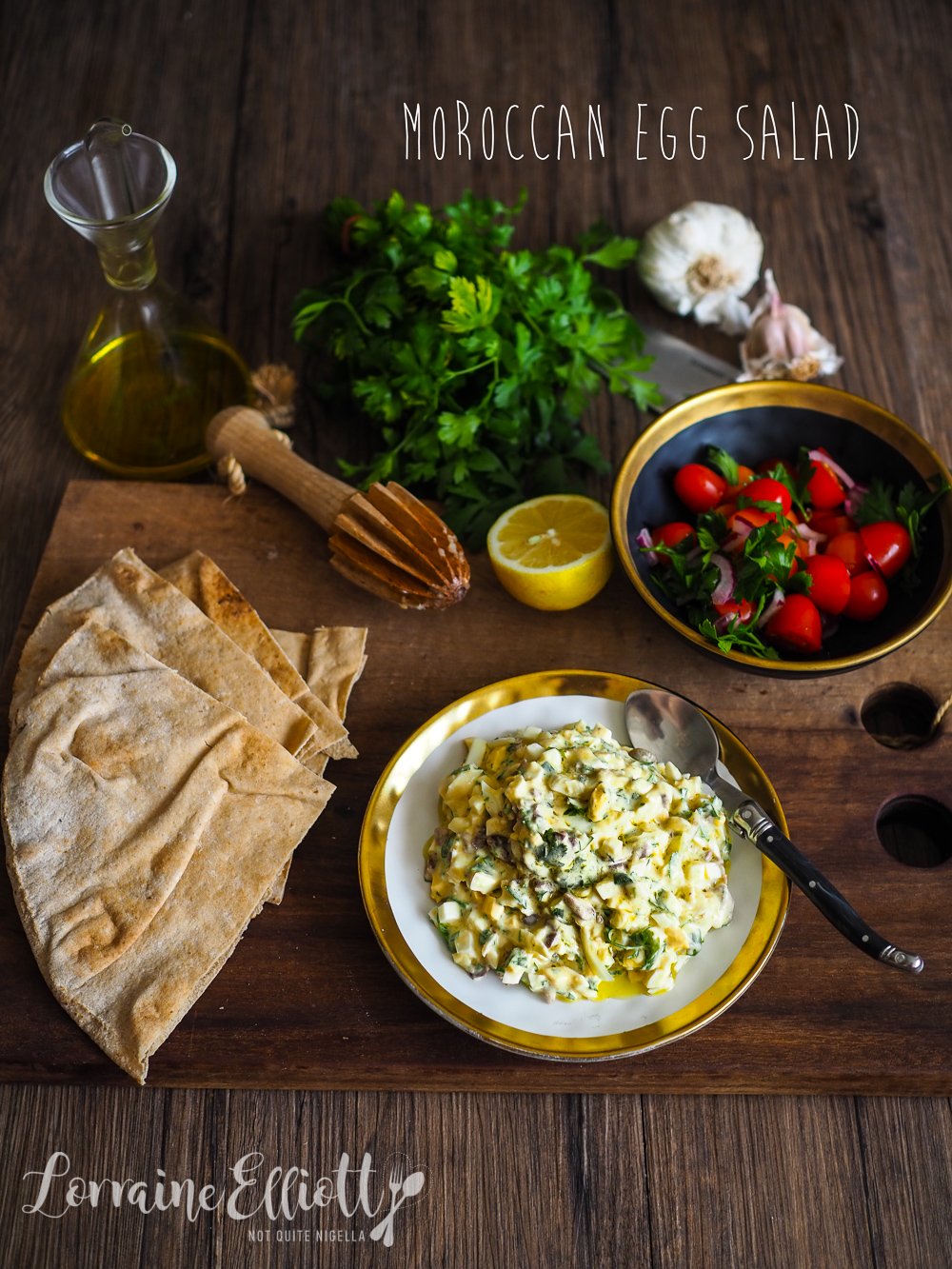 Egg Salad lovers unite! This Moroccan Egg salad is a gorgeous version of a classic egg salad. Made with chopped boiled eggs, finely diced olives, lemon juice, parsley and olive oil it's a wonderful and versatile item. Serve it as a dip with crackers or bread or add it to a sandwich!

I first tried this salad at a Moroccan restaurant. They brought out a range of dips that included many of the usual hummus, chickpeas and eggplant but in amongst the mix was a delicious egg dip. While they were all good, this one was particularly unique as I've never been served an egg dip at a Middle Eastern restaurant before. My version isn't a faithful one necessarily-there weren't olives in this but I sort of freeformed it. I have to say that if you love egg salad you may just love this version too! 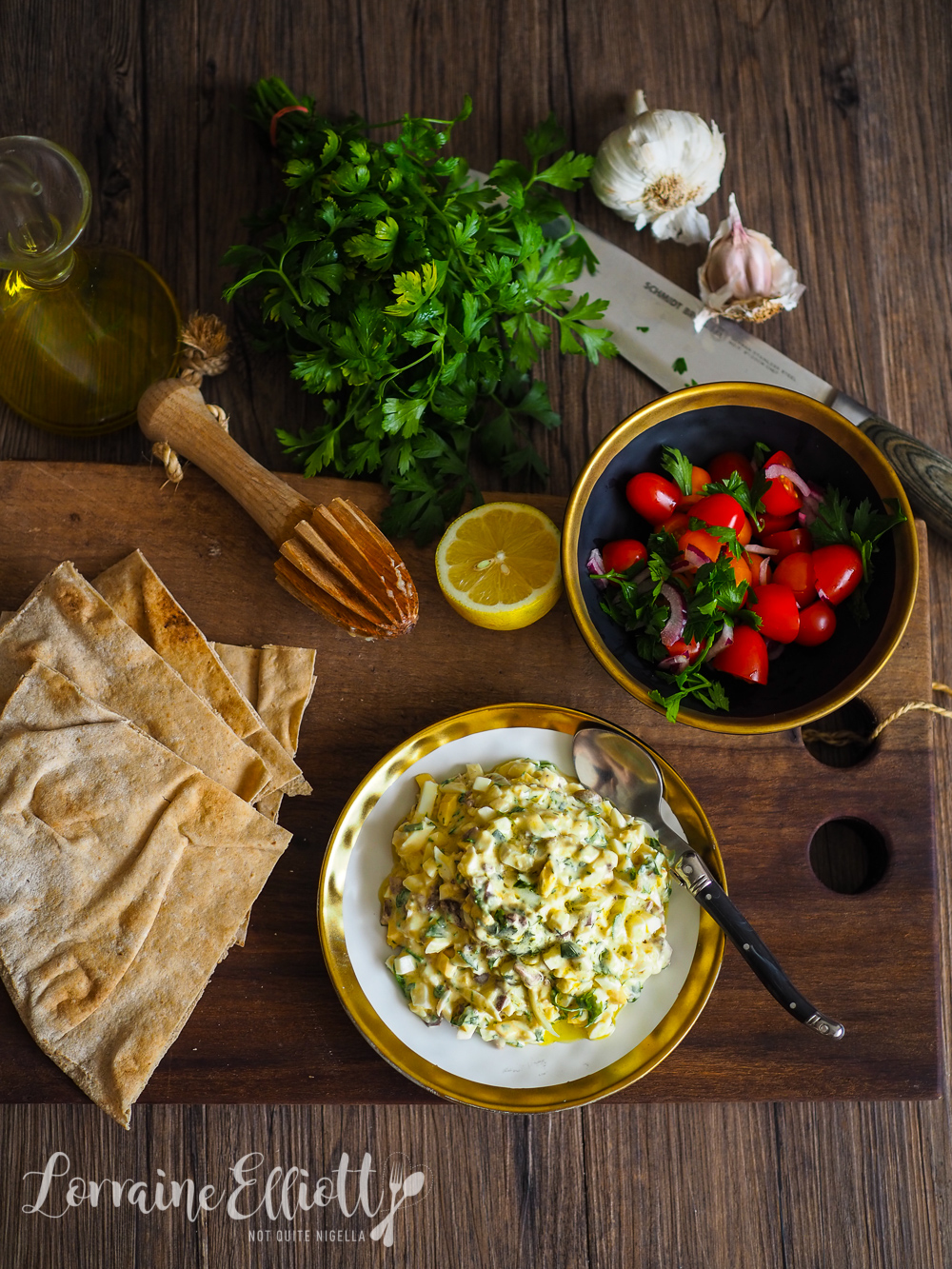 After dinner that night we went to see a movie but I have to admit that I was thinking about this egg salad most of the time on our way there. We rarely see films. I can barely sit still for an hour let alone two so I pick our films carefully. We watched a film called Parasite, a South Korean film that has gotten quite a bit of buzz lately. This is mainly because it has been nominated this year for 6 Oscars (Best Picture, Best Director, Best Foreign language Film, Best Original Screenplay, Best Production Design and Best Film Editing) and did very well at the SAG awards where it won the equivalent to the Best Picture Oscar. 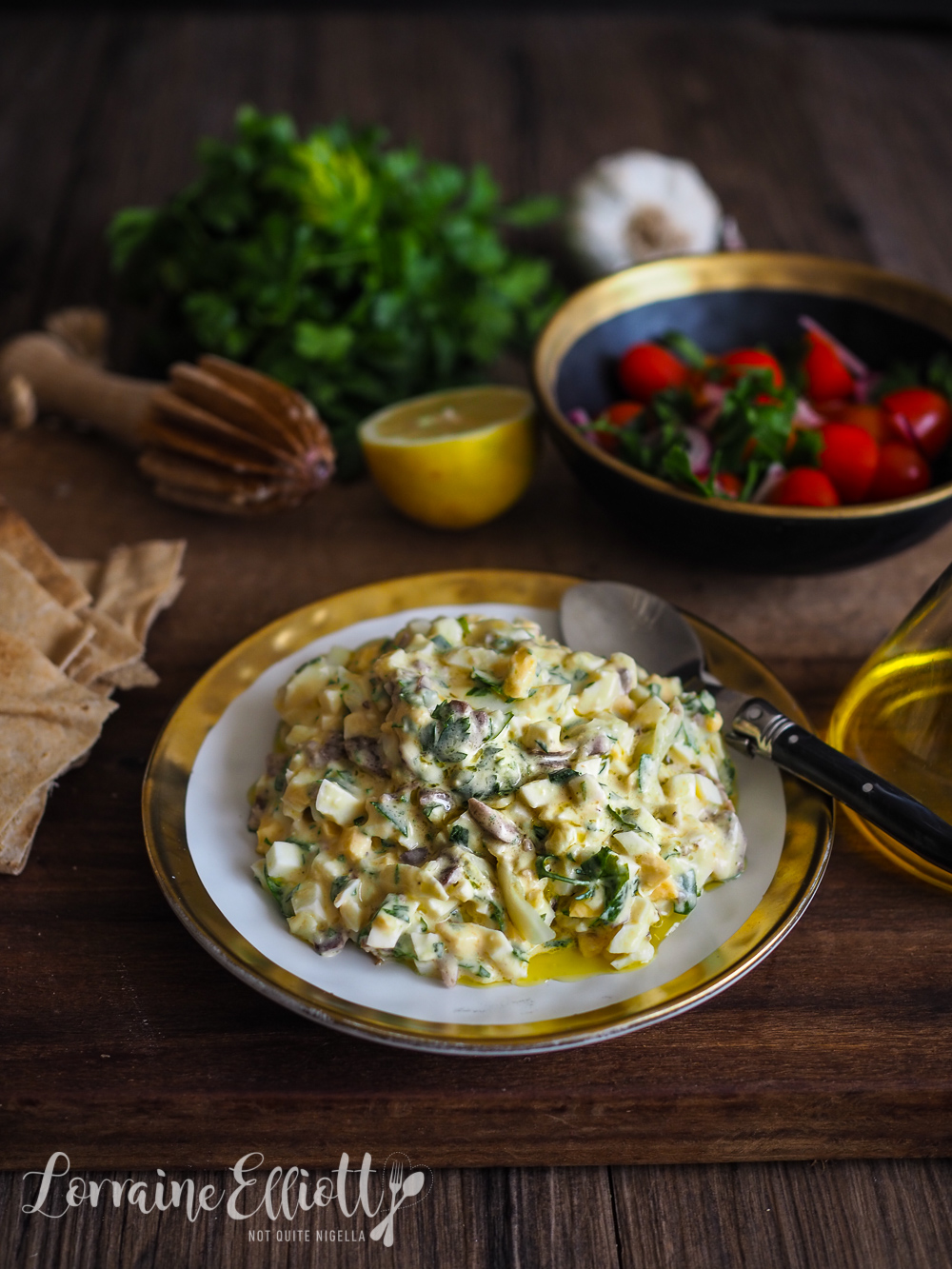 Parasite is the story of two families, one poor and one wealthy and doesn't rely on stereotypes to flesh them out. For example the poor family aren't noble and the rich family are actually pretty nice. It's a thought provoking dark comedy with lots of twists where you don't know who the parasite is. I was riveted and only looked at my watch once (I usually check my loads of times during a film). It also totally made me forget about this egg salad!

So tell me Dear Reader, who do you think is going to win Best Picture this year? Are you going to watch the Oscars tomorrow? Have you ever had an egg dip at a Moroccan or Middle Eastern restaurant? 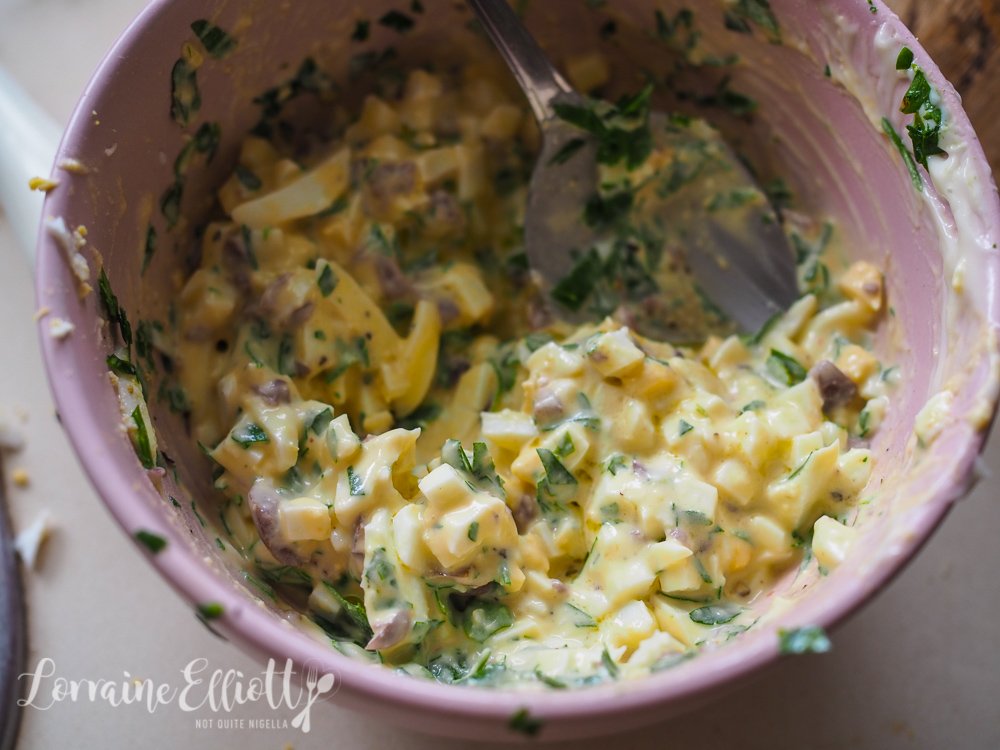 Step 1 - Boil the eggs in water for 5 minutes (add a teaspoon of bi carb of soda if your eggs are fresh) and then cool completely. Peel and finely chop the eggs and mix with the aioli, parsley, olives and lemon juice and season with salt and pepper. Drizzle olive oil over the salad. 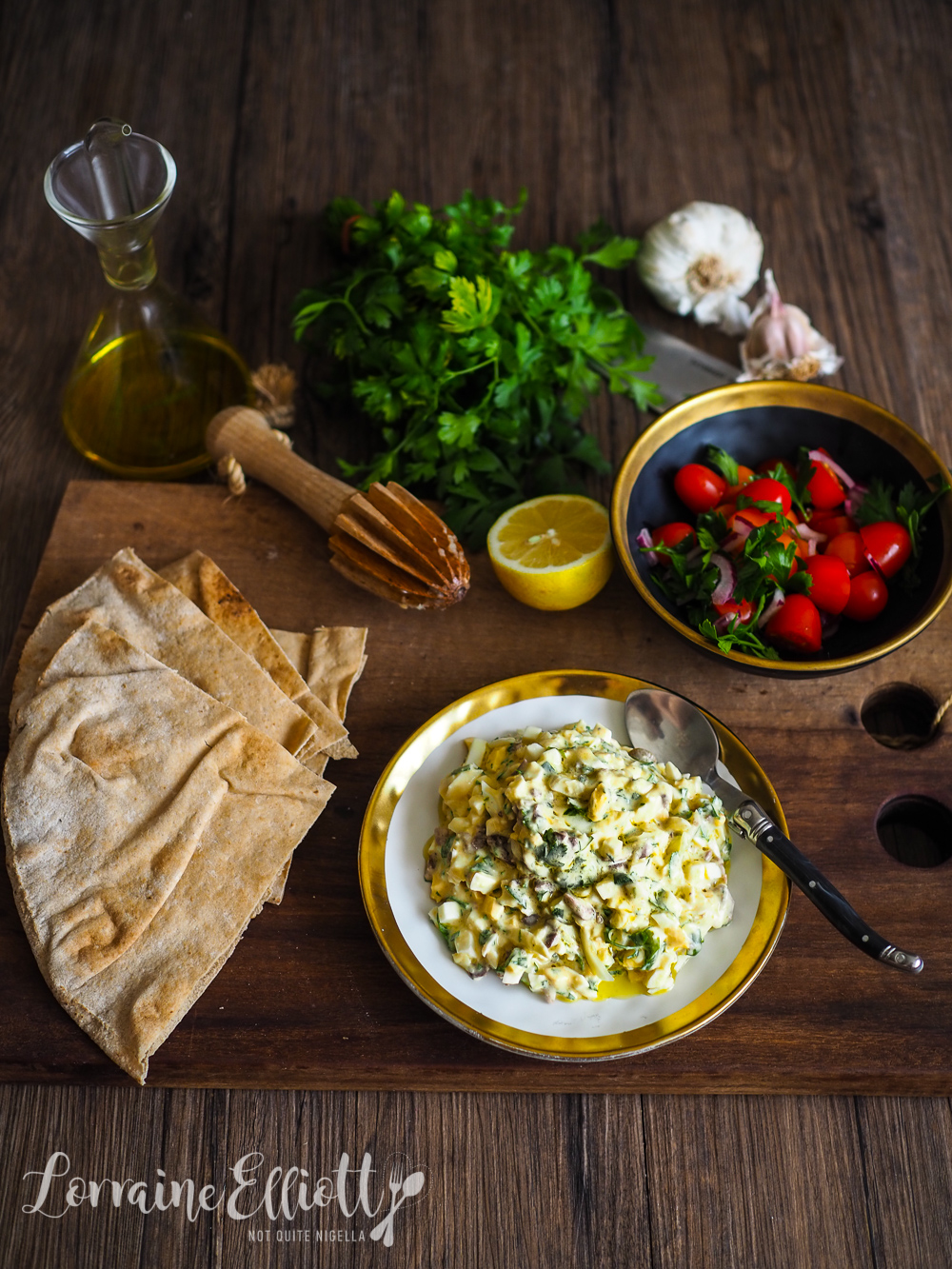