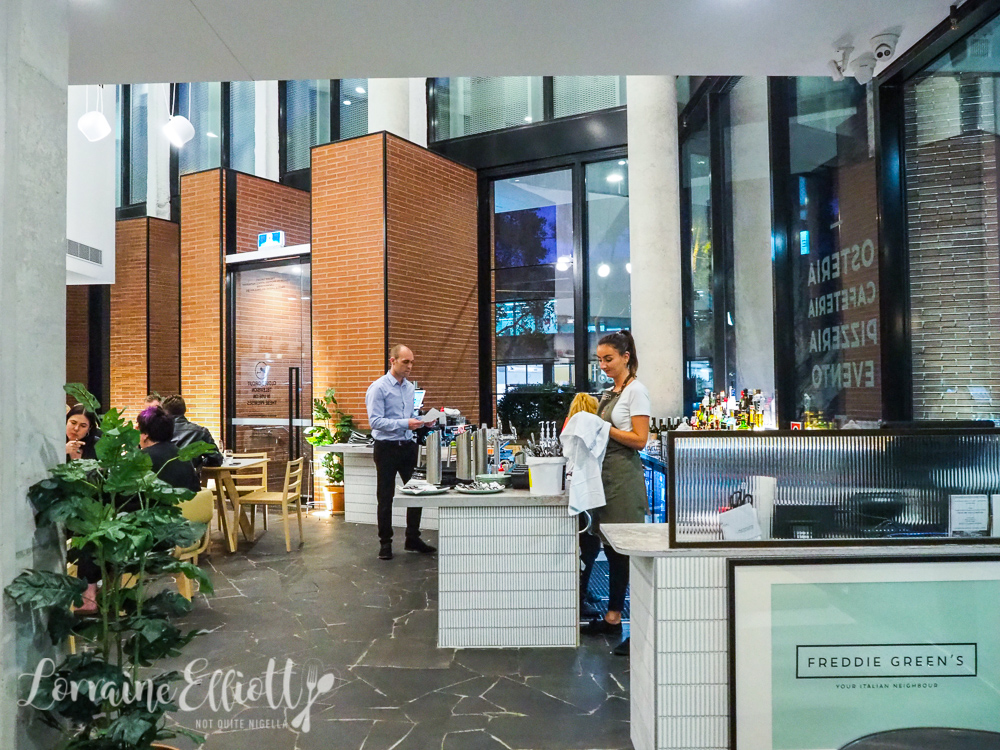 It’s not like I was thinking about pizza every second of the day up until our visit but it had inadvertently been 8 weeks since I last ate pizza and to me that is a very sad situation indeed. That morning Ivy texted me pizza emojis because she and I both get very excited about the prospect of pizza.

Ivy is great at spotting a bargain and seen a note on the menu that said that there was a pizza happy hour between 5-6pm where pizzas were half price with a drink purchase. Combine that with the fact that we both like to eat early (I hate going to bed with a full stomach) and we had ourselves a dinner date. 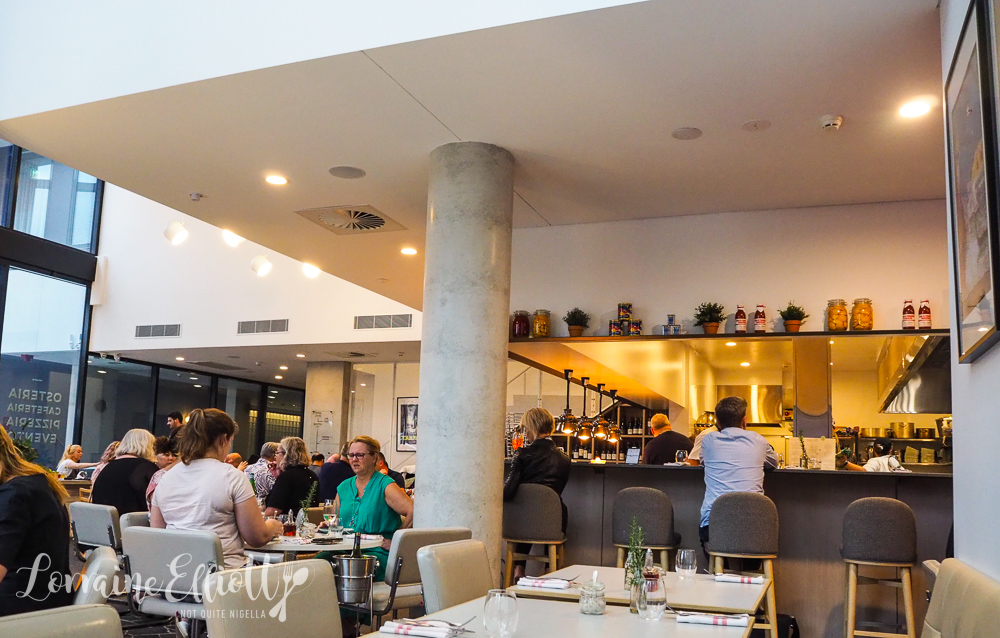 “There it is!” says Ivy directing me from the passenger seat. There’s nowhere to stop or park near Freddie Green’s so we do a quick trip around the block and park in a neighbouring car park at a business that has closed for the night. 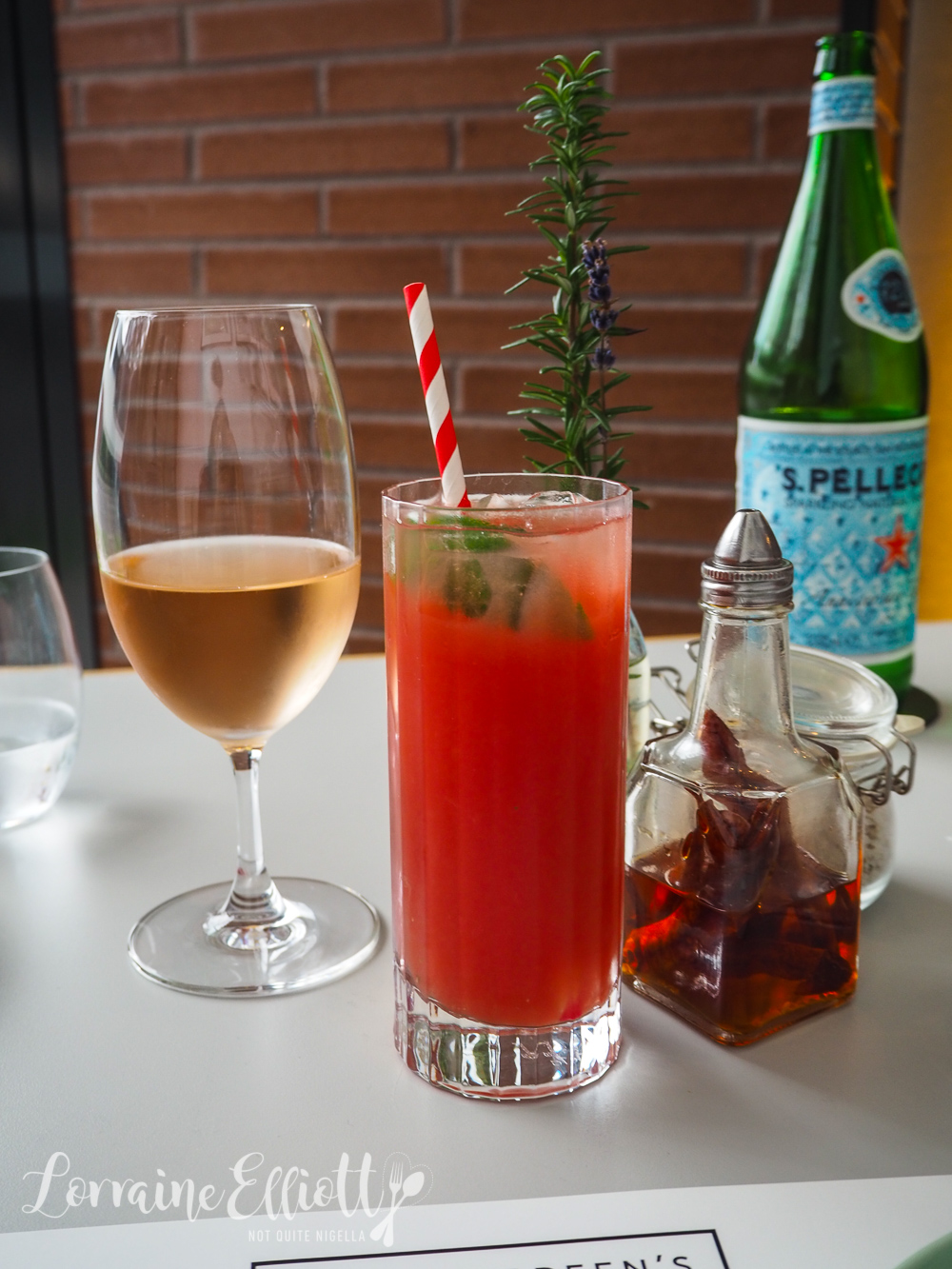 The space is light and airy with high ceilings and a large open kitchen. We take a seat in the window end booth. We’ve already decided to order two pizzas plus whatever catches our eye. We ask for some recommendations and the waiter recommends the orecchiette and a potato pizza although we like the sound of the mortadella and pistachio one. “I don’t like pistachios or mortadella,” he says and we suddenly wonder if he is to be trusted with ordering decisions. 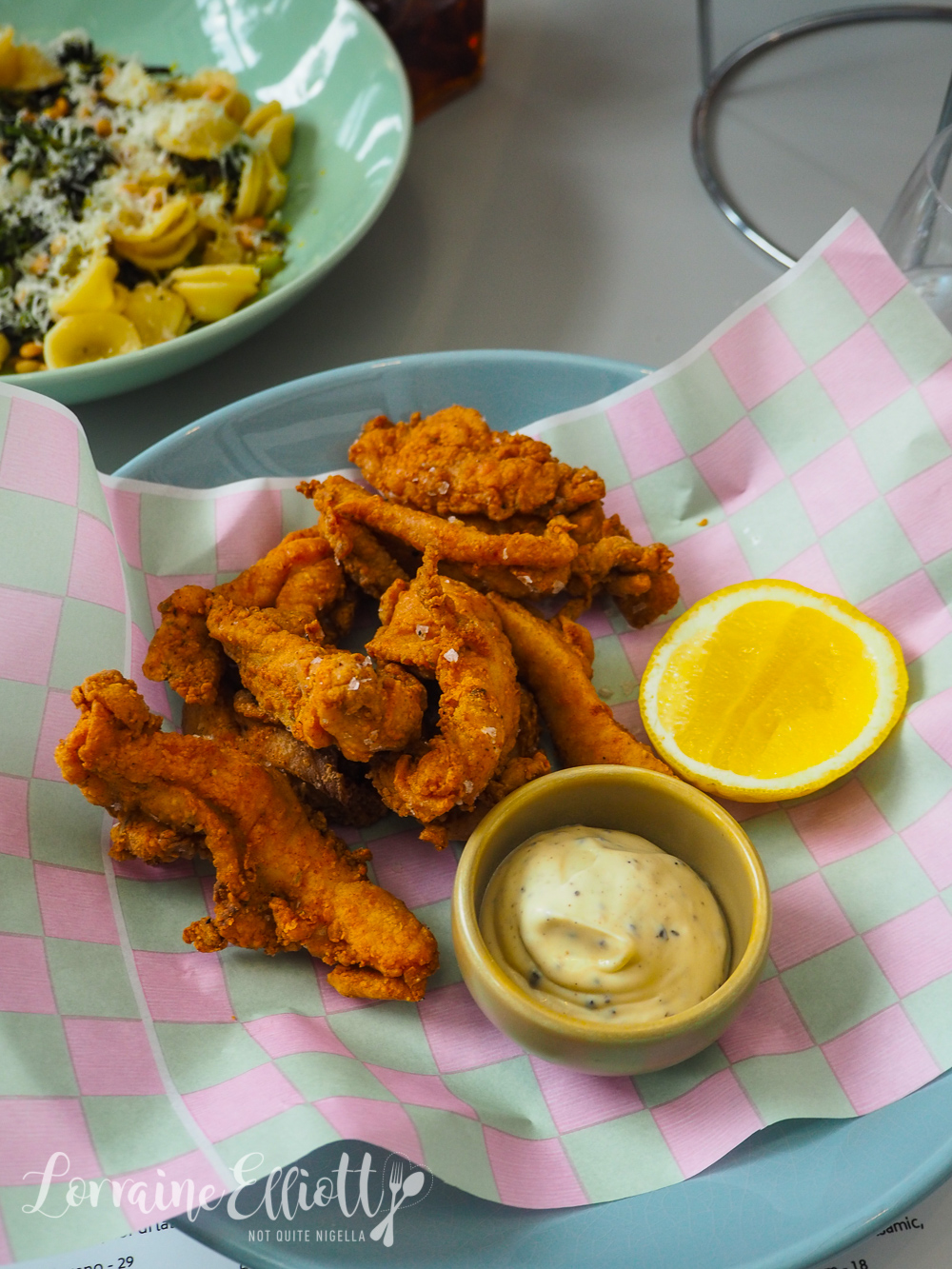 I don’t know if fried chicken is a Florentian thing or not, but it’s definitely a me thing so I negotiate with Ivy. We go with her pasta choice (orecchiette) if we can get the fried chicken because we both love fried chicken. It comes with a thyme, garlic and truffle mayonnaise and is lightly breaded fillet tenders fried until golden. They are well seasoned and tasty dipped in the mayonnaise. 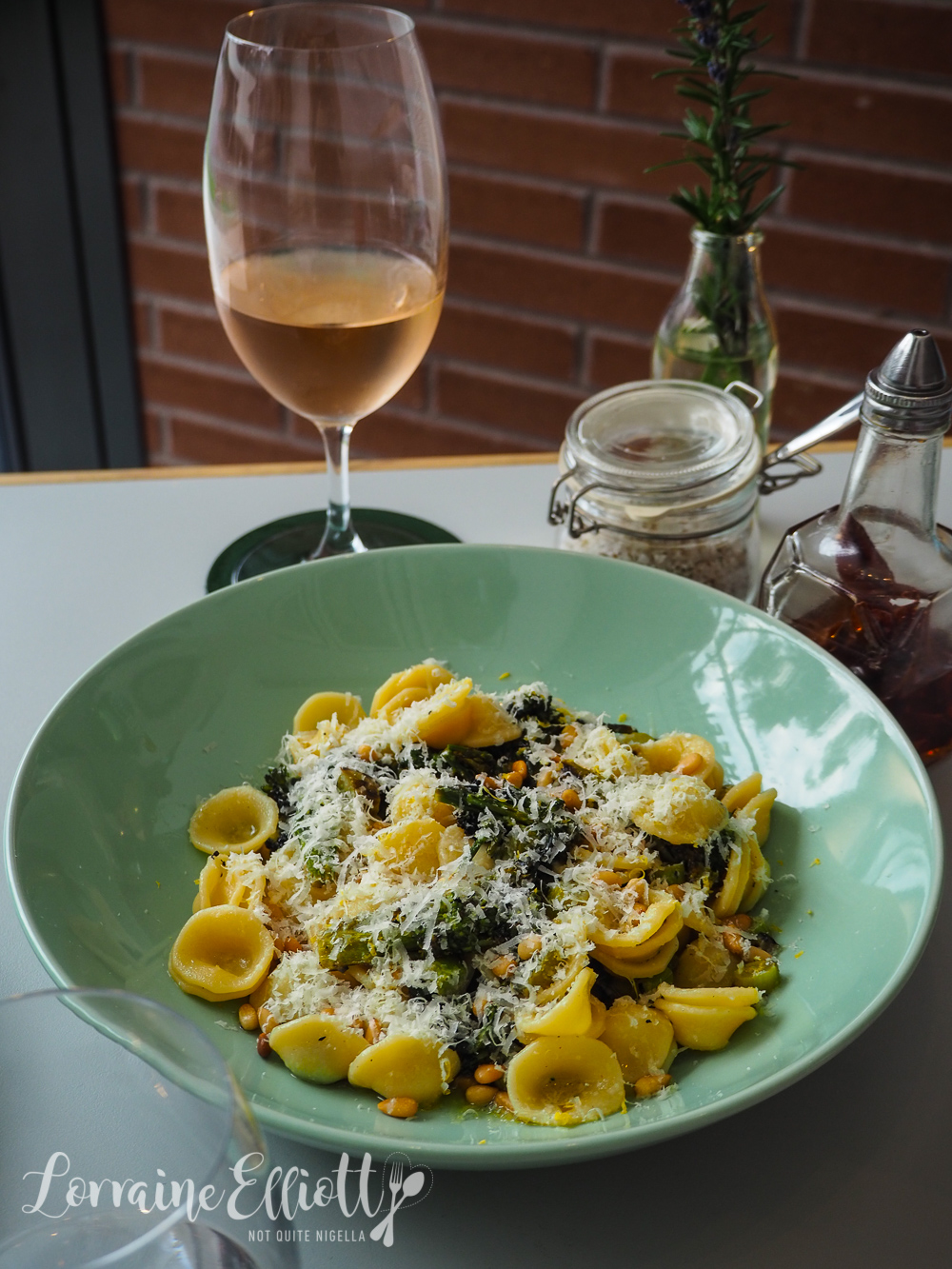 They do make a couple of the pastas in house - the gnocchi is one and the cannelloni is another. We went for the waiter’s recommendation of the orecchiette for something light to go with the pizza. It’s fine but really needs a bit more pep and we both leave this in favour of the pizzas. 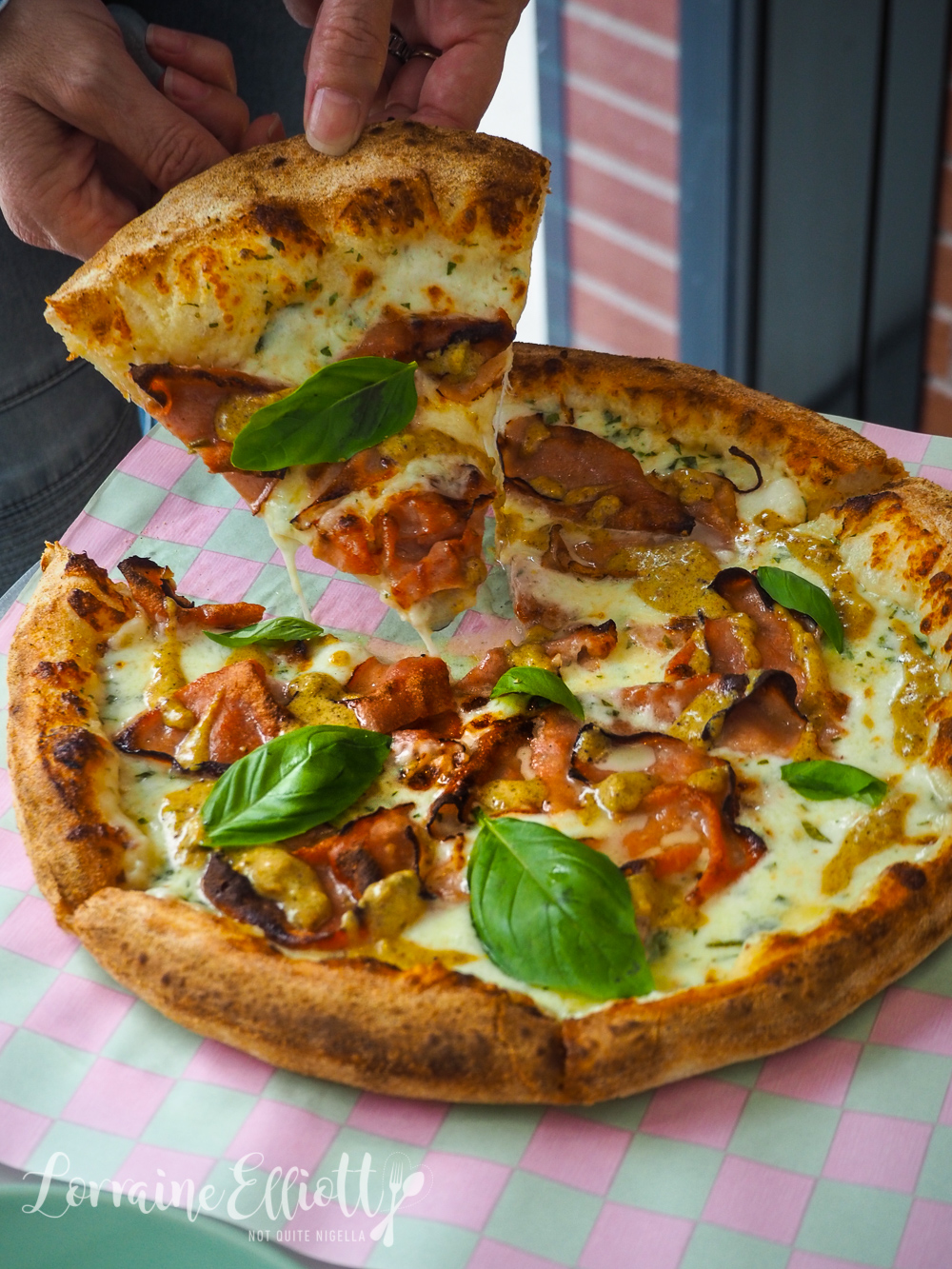 Which brings us to our favourite pizza: the Siciliana. I’m so glad that we ordered it because it’s fabulous. There is LP Meats mortadella, plenty of mozzarella and drizzles of roasted pistachio dressing. Usually neither of us really go for bianca pizzas because we like things saucy but a little drizzle of the chilli oil bottle (love that it’s on each table so we don’t have to ask) and it’s pizza perfection. The crust is also good - puffy at the edges and thin at the centre. The dough is made using Italian 00 flour and is proved for 48 hours in the fridge, taken to room temp and hand stretched to order. They cook it in a high temperature Italian oven-unfortunately they weren't allowed to have a wood fired oven due to hotel regulations. 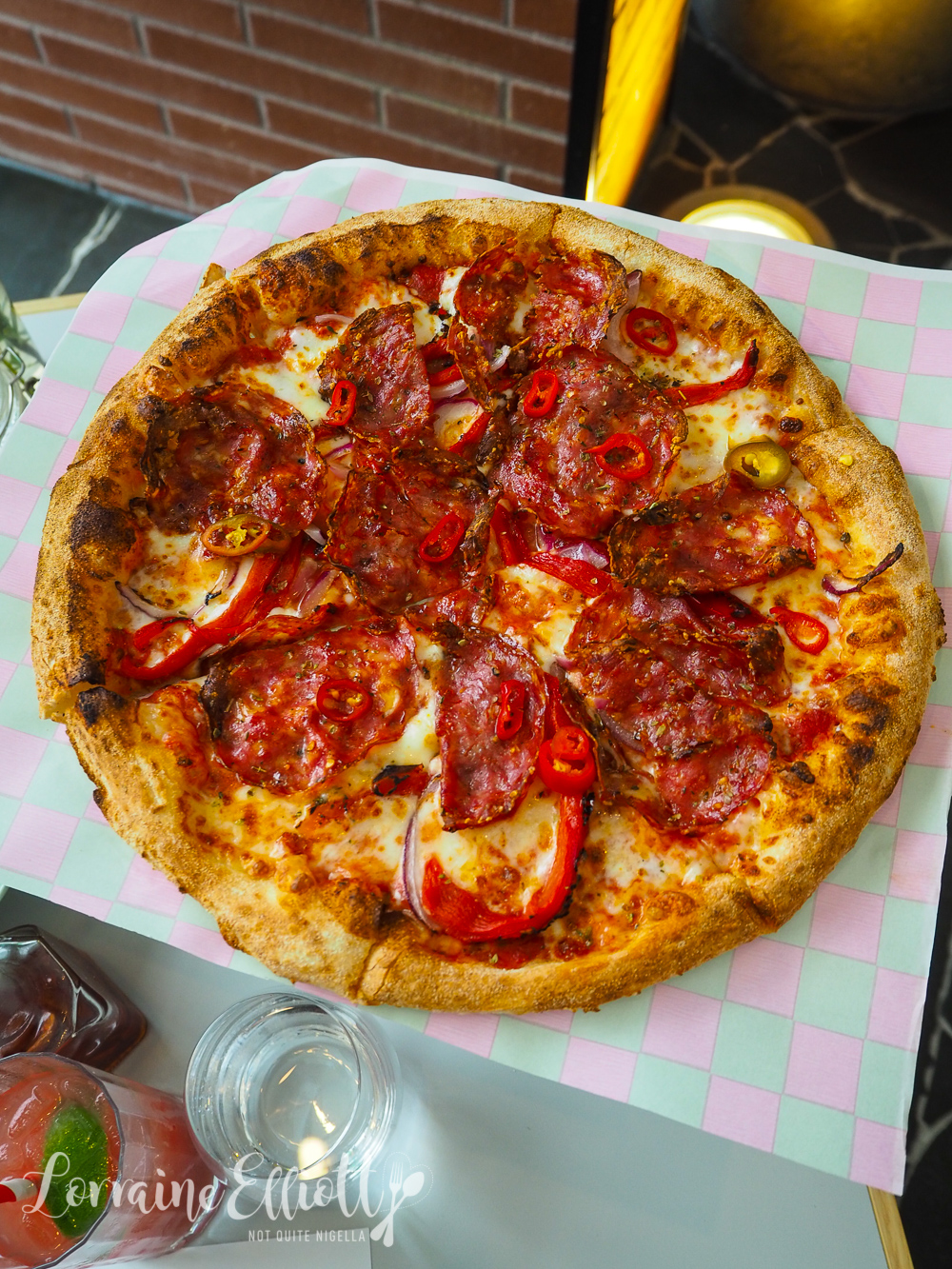 Our never fail fall back pizza is always a spicy salami pizza and this one has spicy salami, fior di latte, red onion, pickled chilli, garlic & roasted red peppers. It’s good with a nice amount of topping. The red onions could be sliced a bit thinner as they are quite noticeable on the pizza but we smear some mascarpone that we ask for on the side and dig in. Before you know it we’ve almost demolished two full pizzas and booked in for some Pilates classes the next morning. 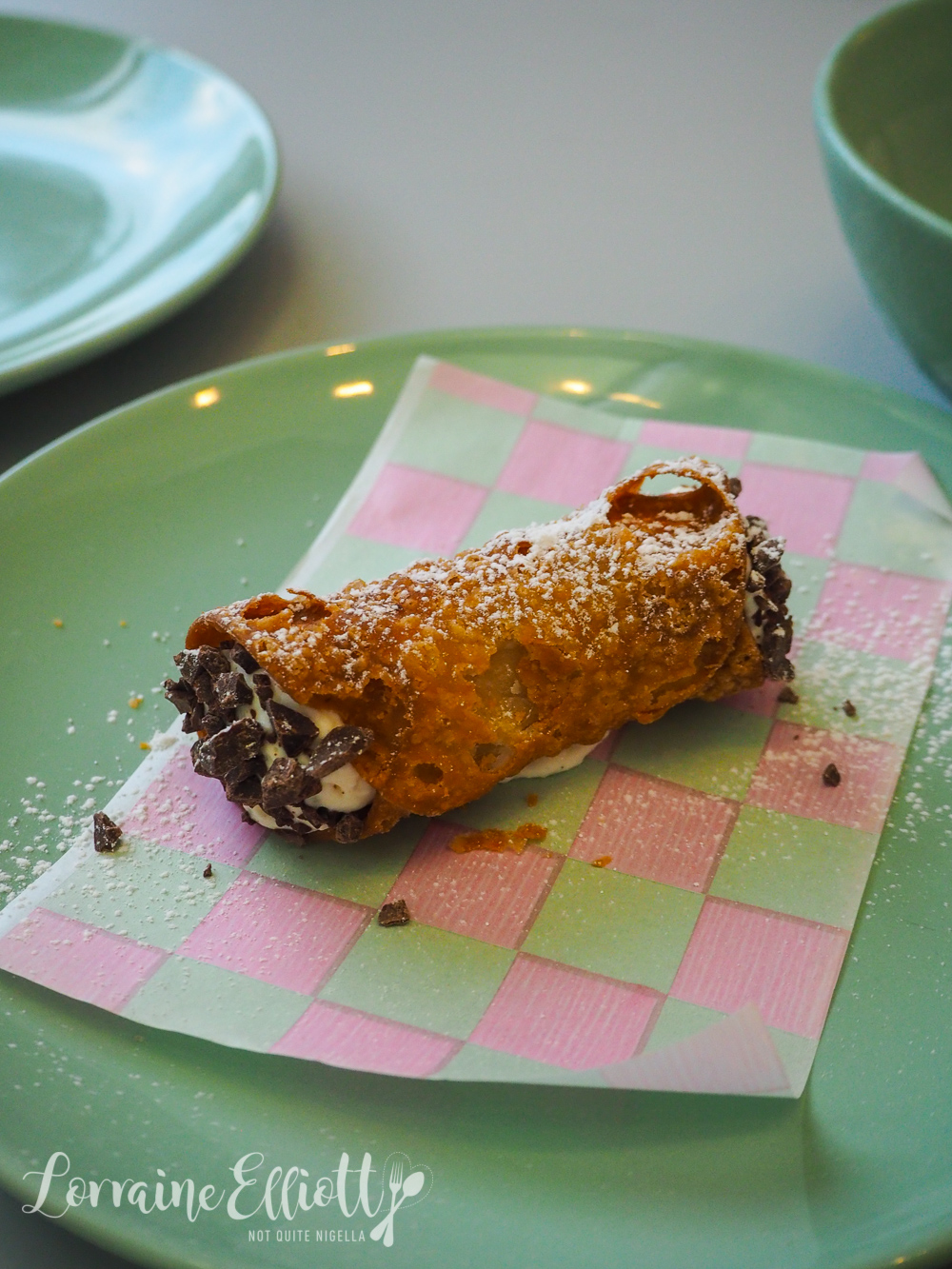 Despite how full we were there is always room for dessert. There is a choice of two cannoli fillings: a whipped vanilla ricotta or a chocolate mascarpone. We both like the sound of the vanilla ricotta with chocolate at each end. The cannoli shell is crunchy and the creamy filling light as a feather. It’s not overly sweet too with only the barest amount of sweetness. 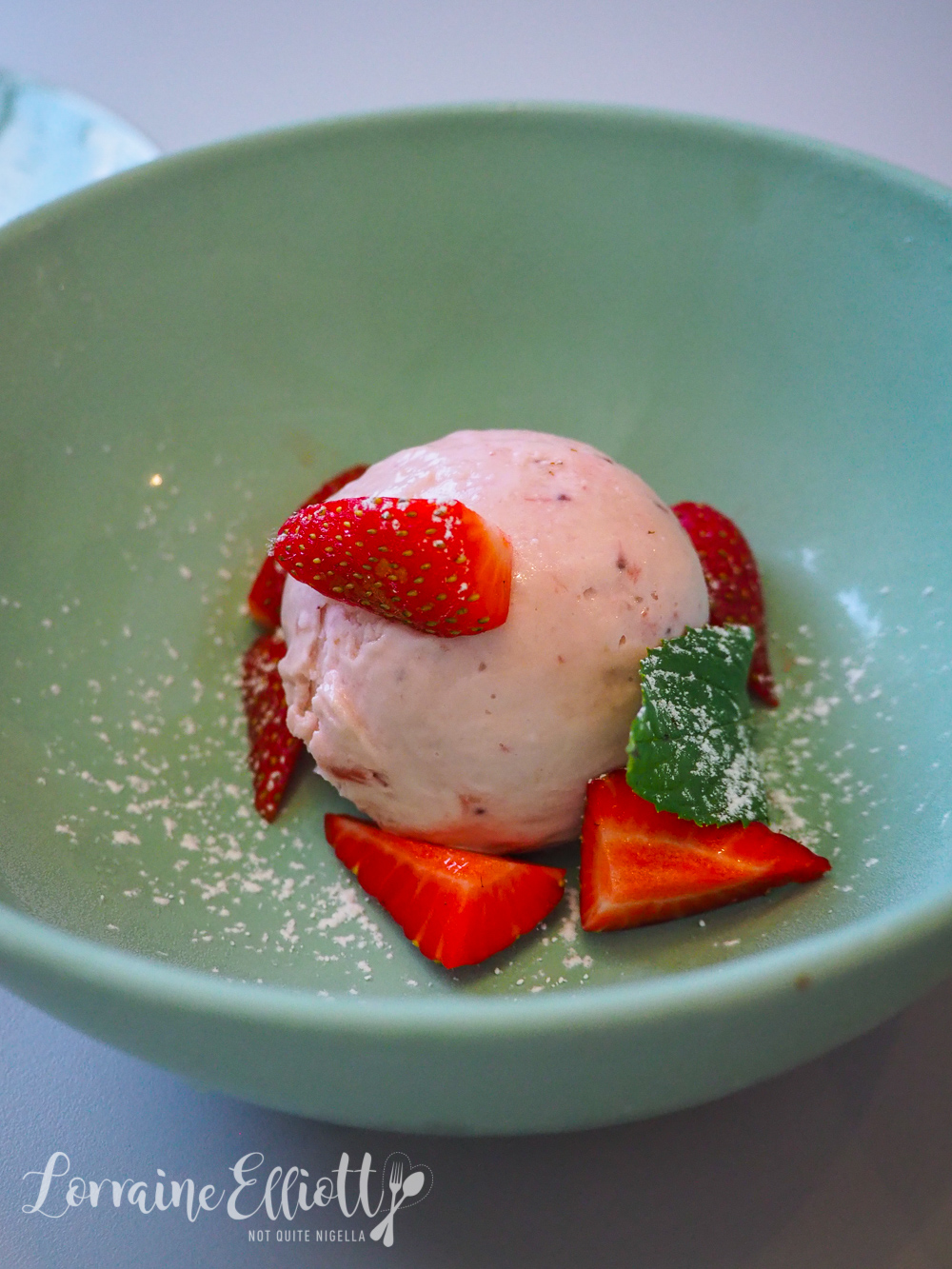 I love Cielo gelato and I was hoping that they’d have their strawberry gelato with bits of chocolate and real strawberry throughout and they do! It comes with slices of fresh strawberries. A little tip: a bit of cannoli with the strawberry gelato is heavenly too! 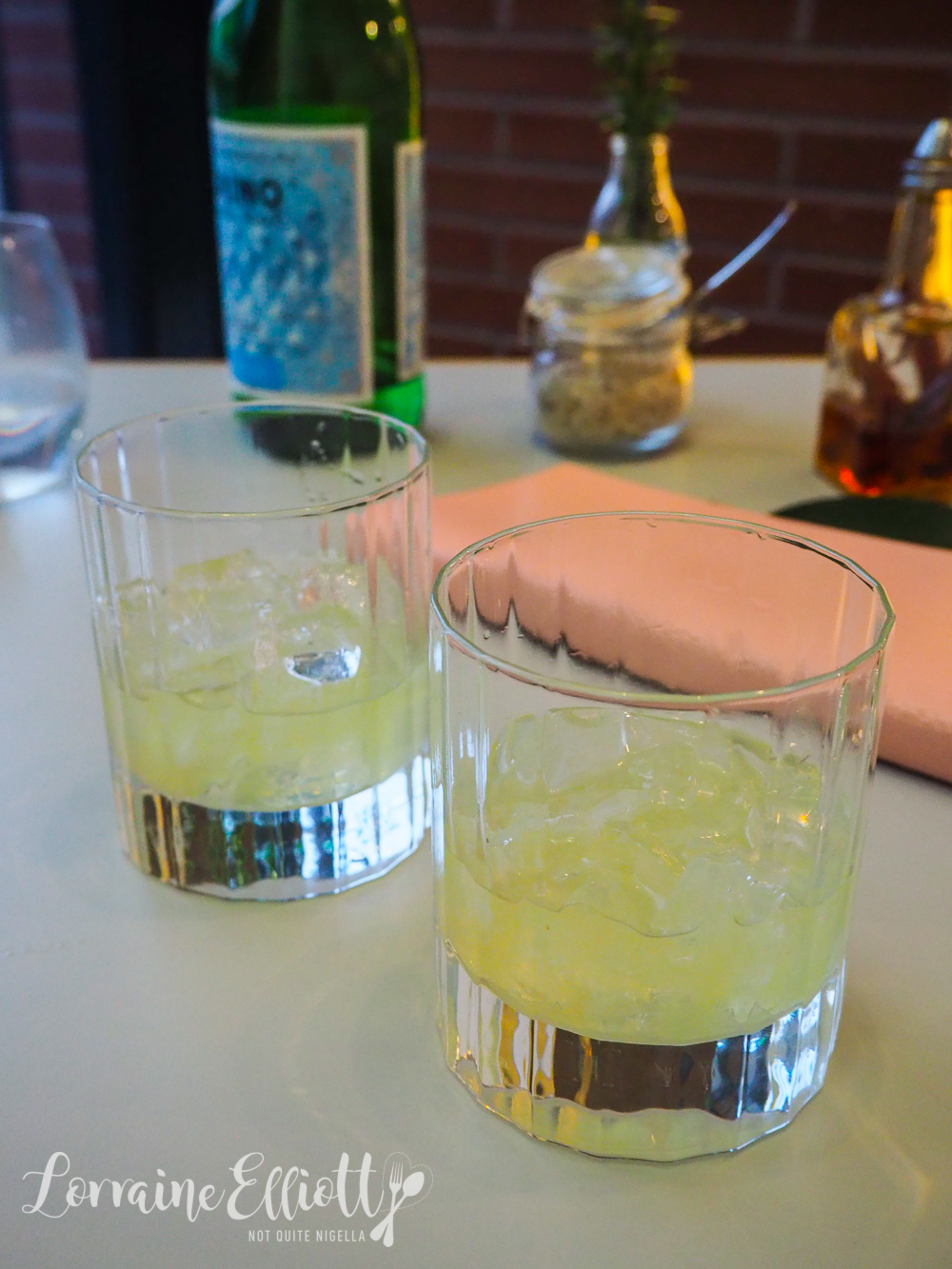 And to finish, glasses of limoncello on ice!

So tell me Dear Reader, do you like to go to bed with a full stomach or an empty one? Do you like bianca pizzas?