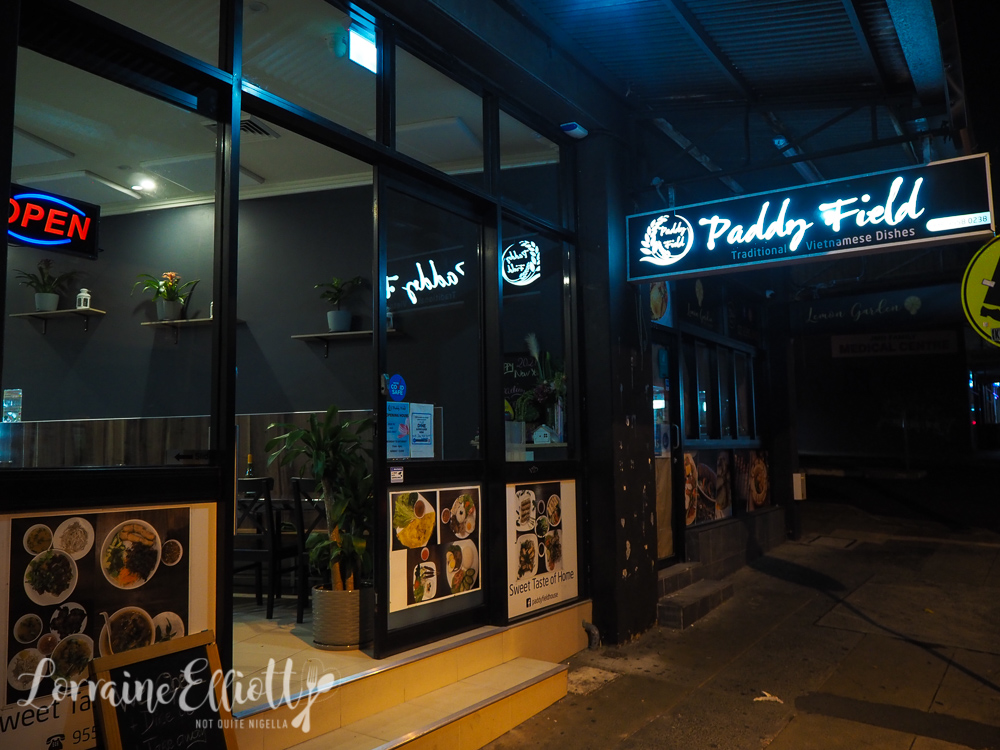 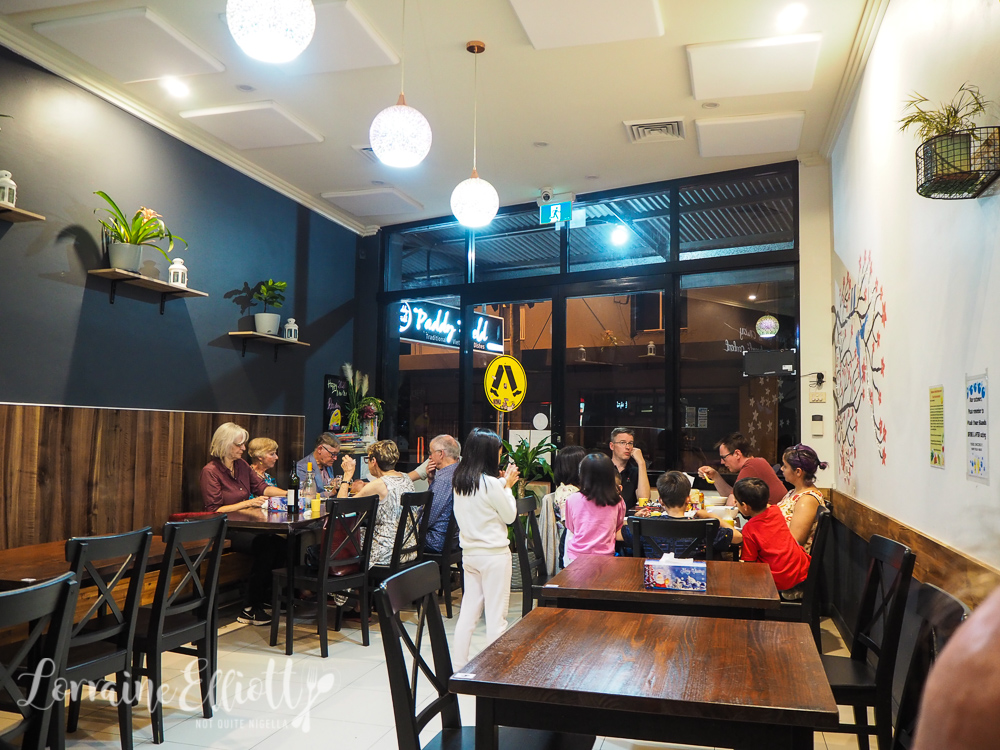 For the first time in forever Mr NQN and I are early. A whole 10 minutes early in fact. That gives me time to flip through the menu at Paddy Field House. The prices are so reasonable that I do a double take. Each main is around $13.90 which I point out to Miss America when he arrives a couple of minutes later. "Have we gone back in time?" he says. Then Queen Viv arrives and our motley group is complete and we get down to ordering and catching up on each other's lives.

Southern Vietnamese food is different from Northern, influenced by the geography and different climate. Southern Vietnamese dishes tend to have more spices-the warmer weather allows these to grow and a good example of the different is in Pho. In the South pho has more spices and is sweeter and "darker" in colour while in the North it is almost a clear broth. 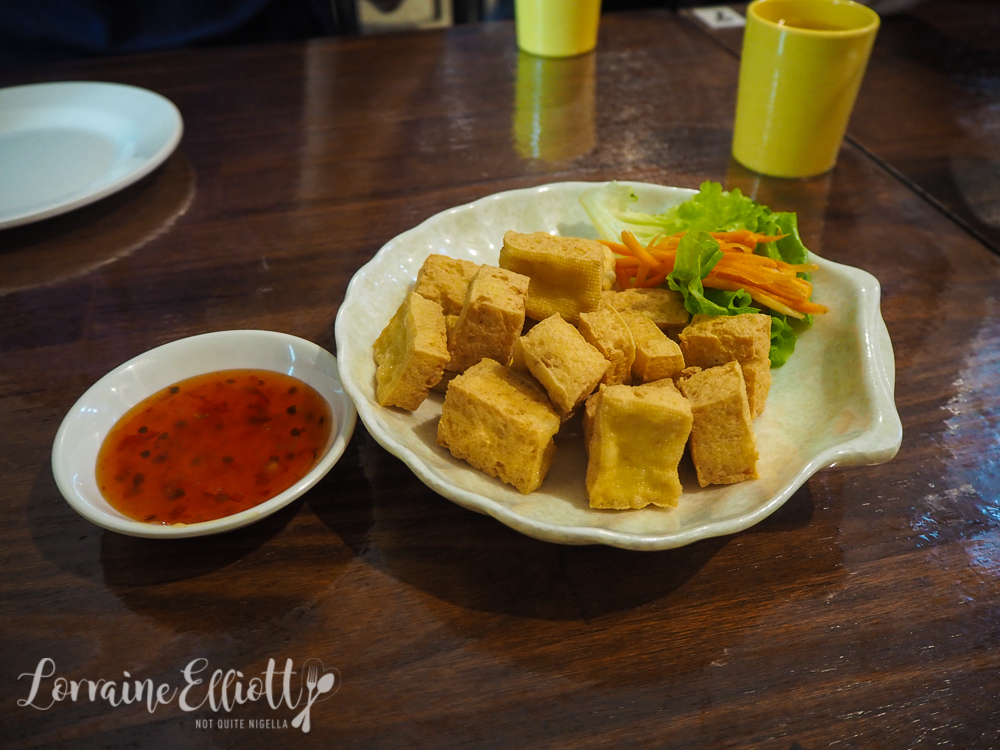 I asked for recommendations and the first thing that they recommended for us was the fried tofu. I'm not a massive tofu person outside of Asia (it tastes better in Asia, really) but I go along with his recommendation. It arrives and it's fine but it's not particularly exciting and we are perplexed as to why he recommended it. 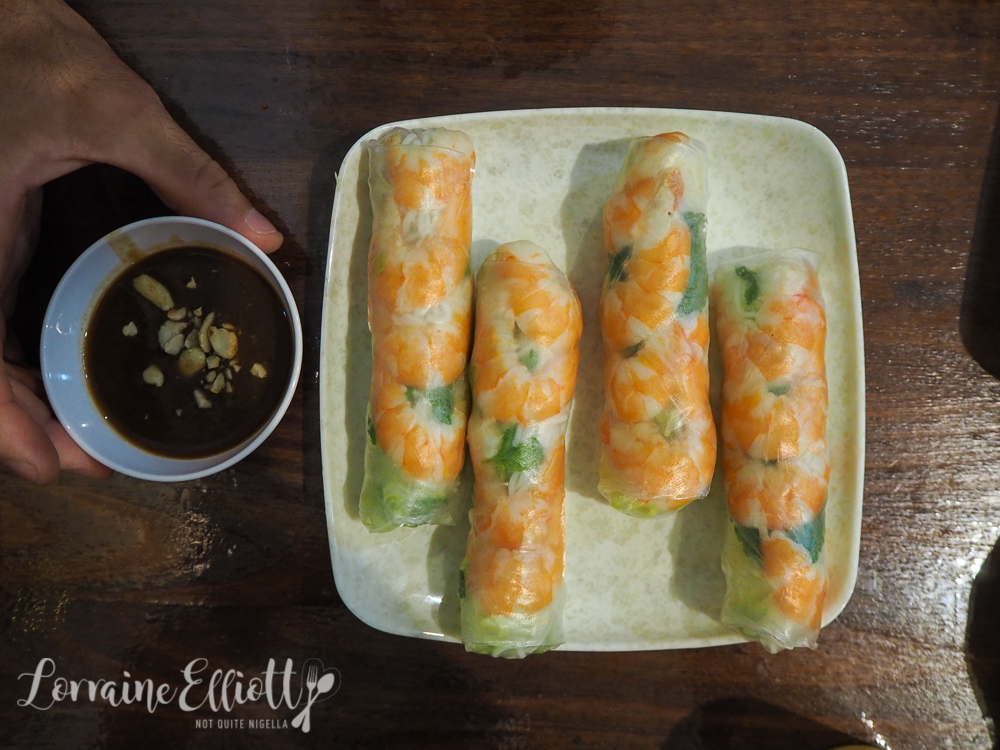 The rice paper rolls are freshly made and good. They come in pork and prawn, prawn or chicken and he recommends the prawn. They come with a hoi sin peanut dipping sauce. Again these were his recommendation and while they were nice I'd perhaps go for something else. 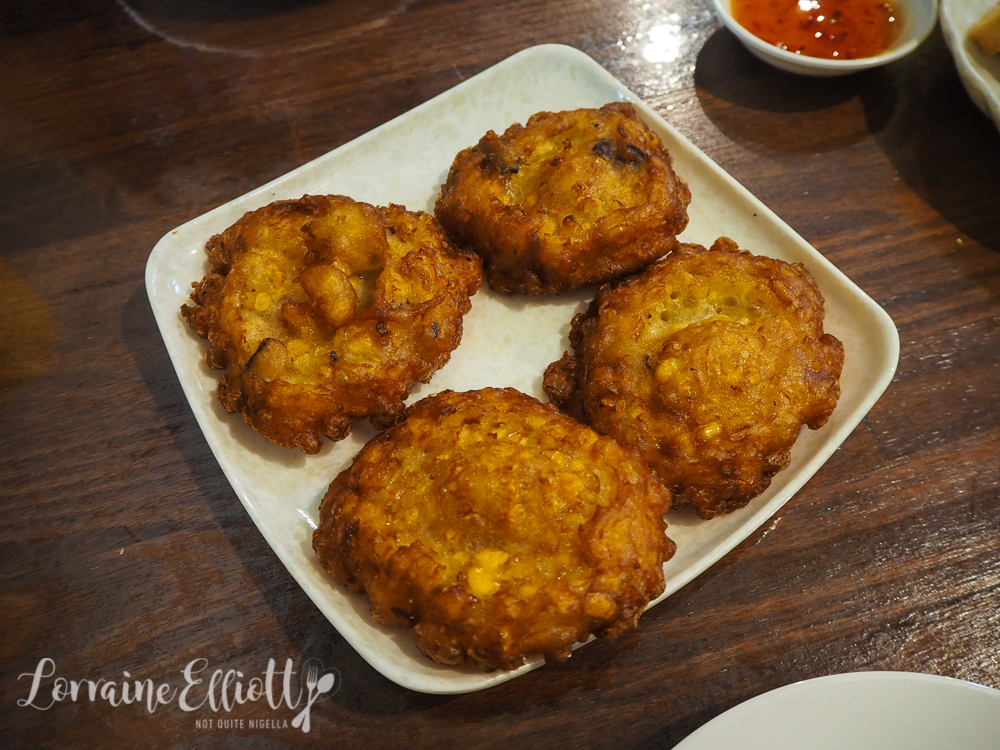 Miss America asked for the corn cakes and these are deep fried corn fritters that are crispy and tasty especially when dunked in the chilli sauce. 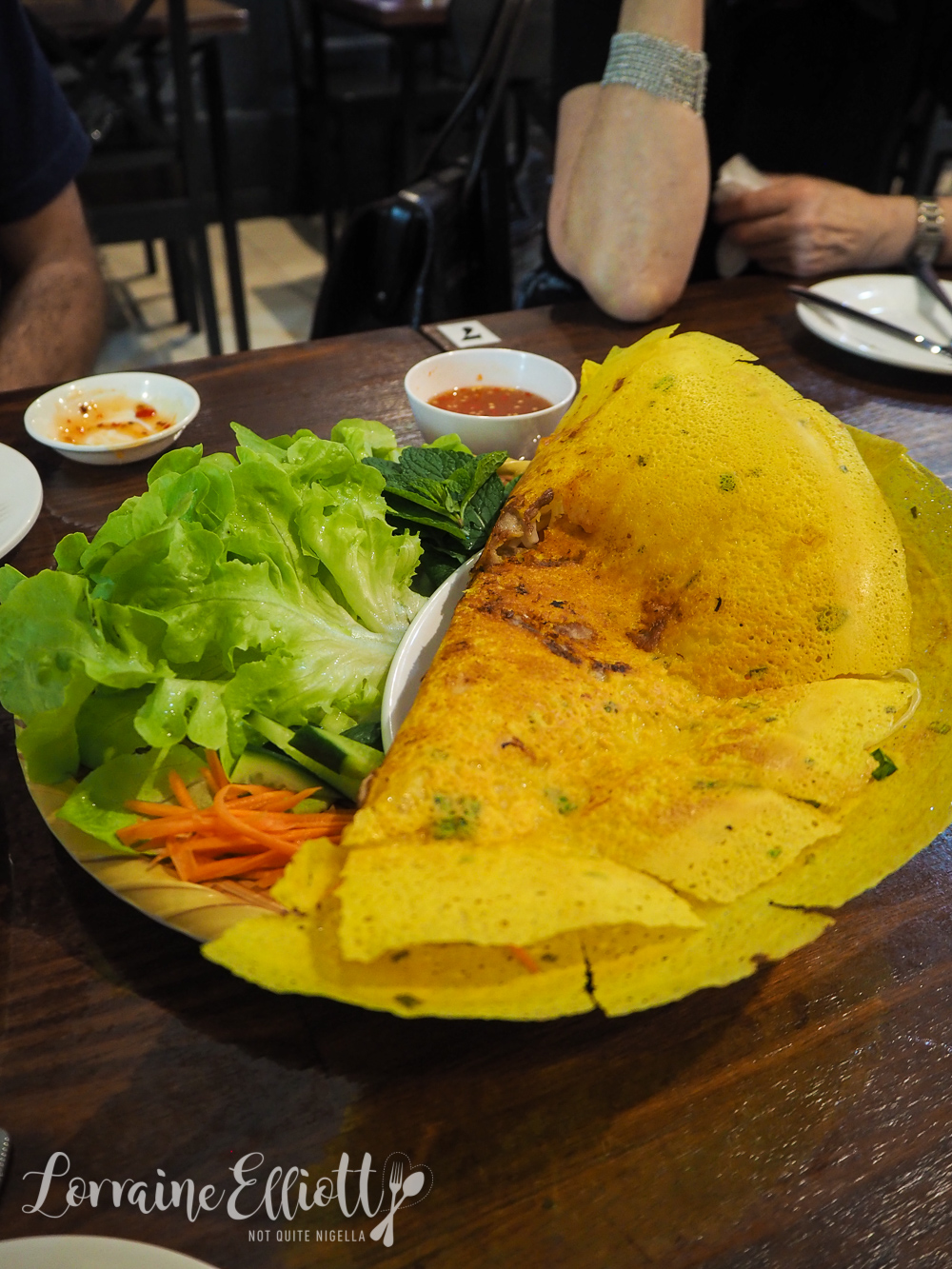 While we weren't really taken by the entrees, we're much bigger fans of the mains. The banh xeo pancake is filled with prawns and pork (and you can order extra of both). You cut it up (whoever gets the end pieces often gets a "dead bite" with much less filling) . You wrap this in a butter lettuce leaf with carrot, cucumber, mint and sprouts and add some nuoc cham and feast. It's a tasty combination of textures and flavours with the super crisp pancake and soft filling. 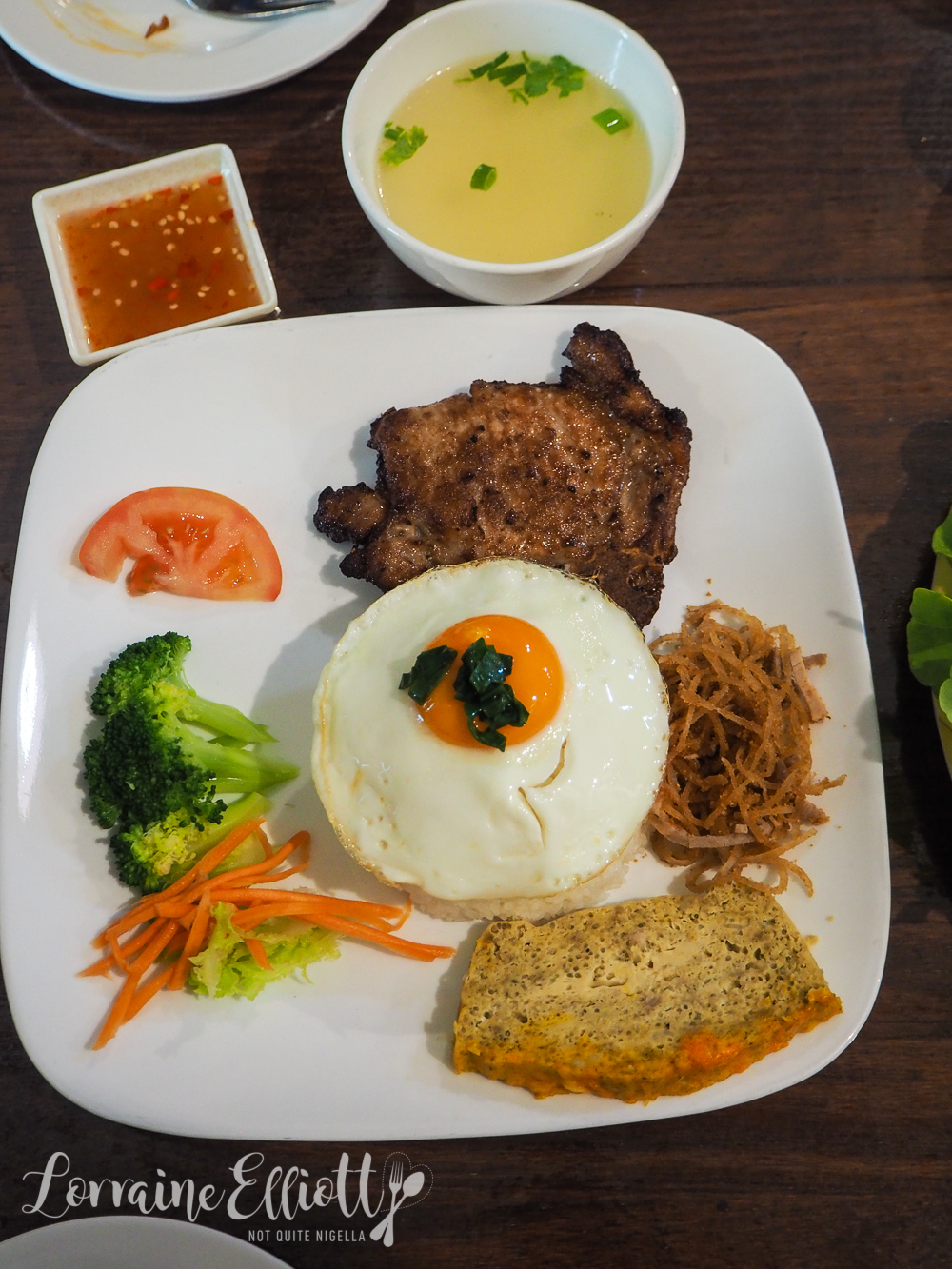 The broken rice plate is a meal for one really but of course it's easy enough to share. It's a cup of broken rice aka rice that is broken during the milling process so that it is smaller and is quicker to cook. This is paired with a tasty pork chop, steamed vegetables, pork skin and a slice of meatloaf omelette. 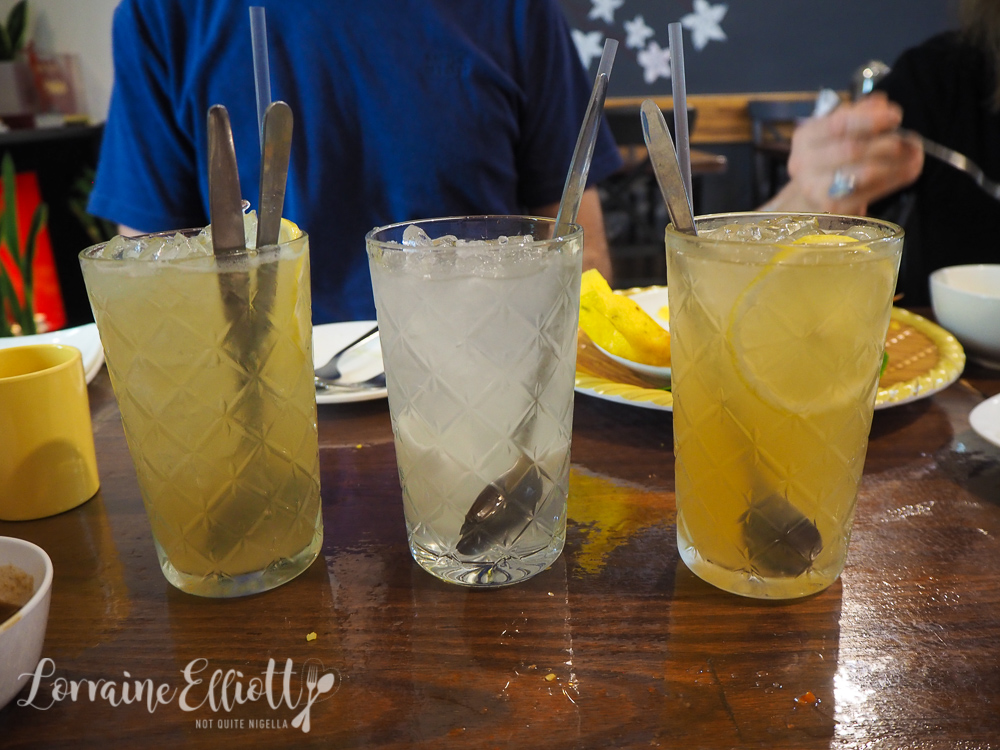 Our drinks arrive halfway through the meal. All are delicious from the tart and refreshingly carbonated lime soda, the equally refreshing but uncarbonated iced lime tea to the sweet coconut water. 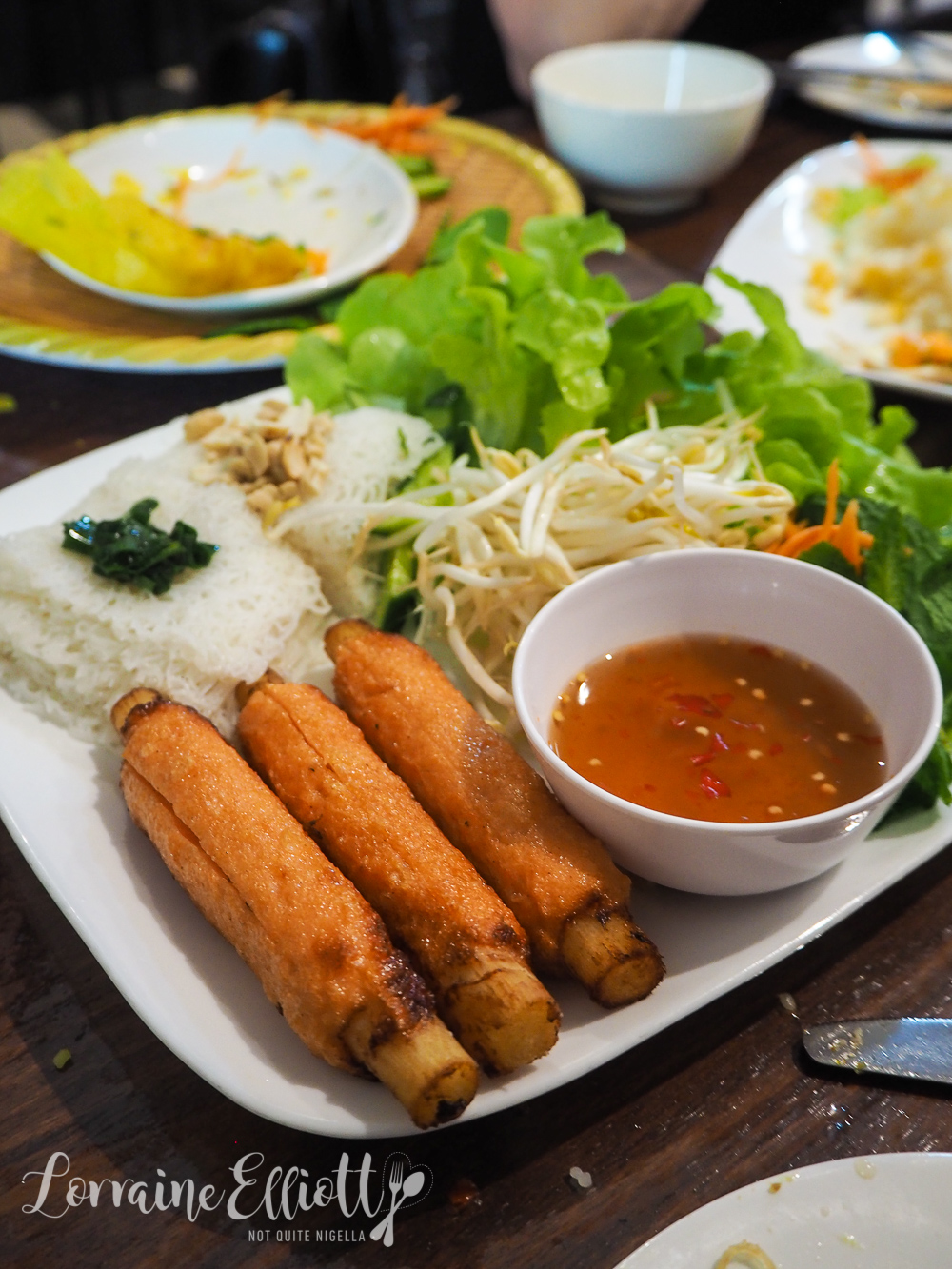 Queen Viv loves seafood and her request was the sugarcane prawns. They come three to a serve with seasoned prawn meat wrapped around a stick of sugarcane along with an assortment of vegetables and some woven vermicelli. We probably need a few more of these to match the vegetables and vermicelli provided but it's tasty. 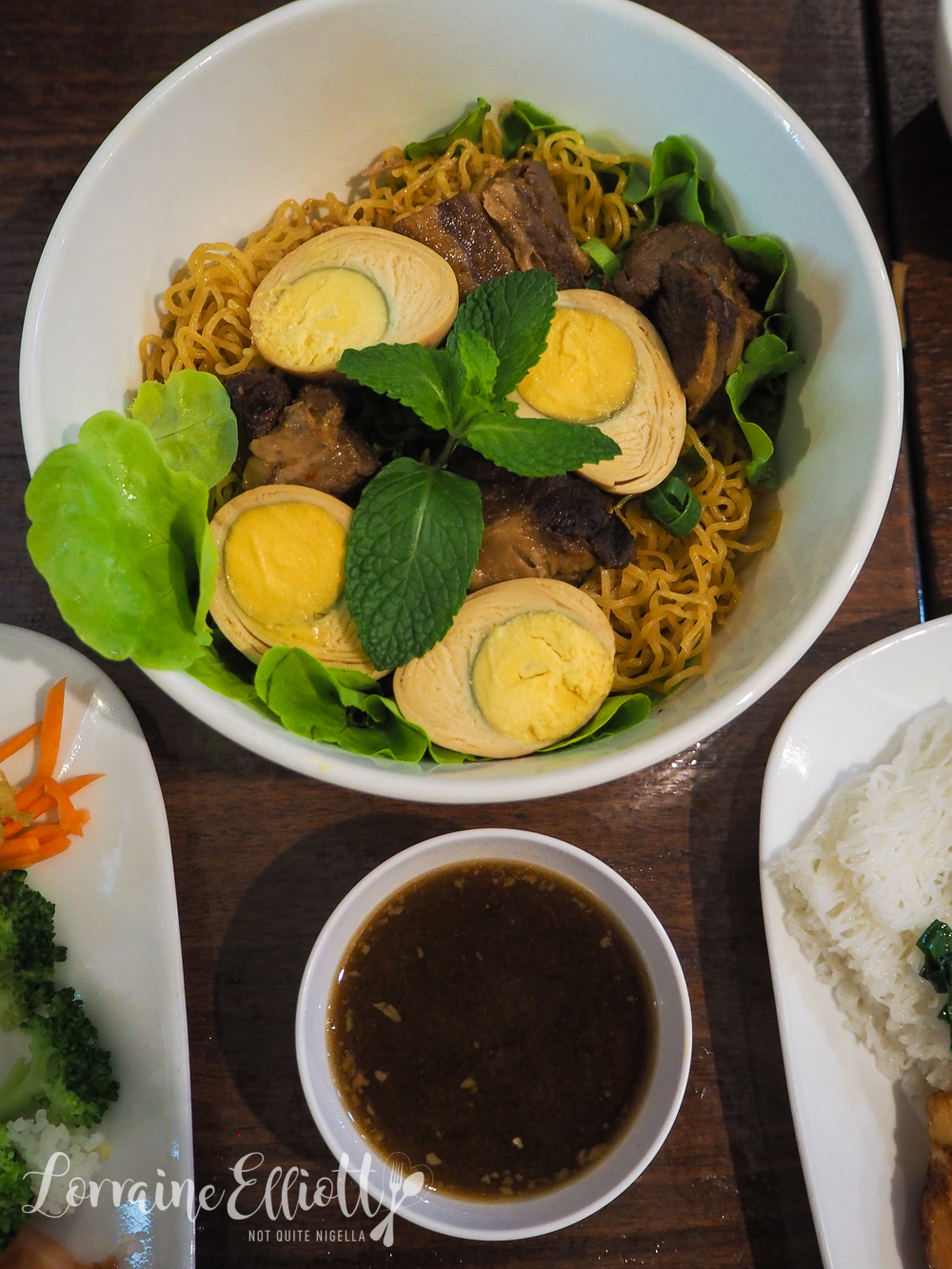 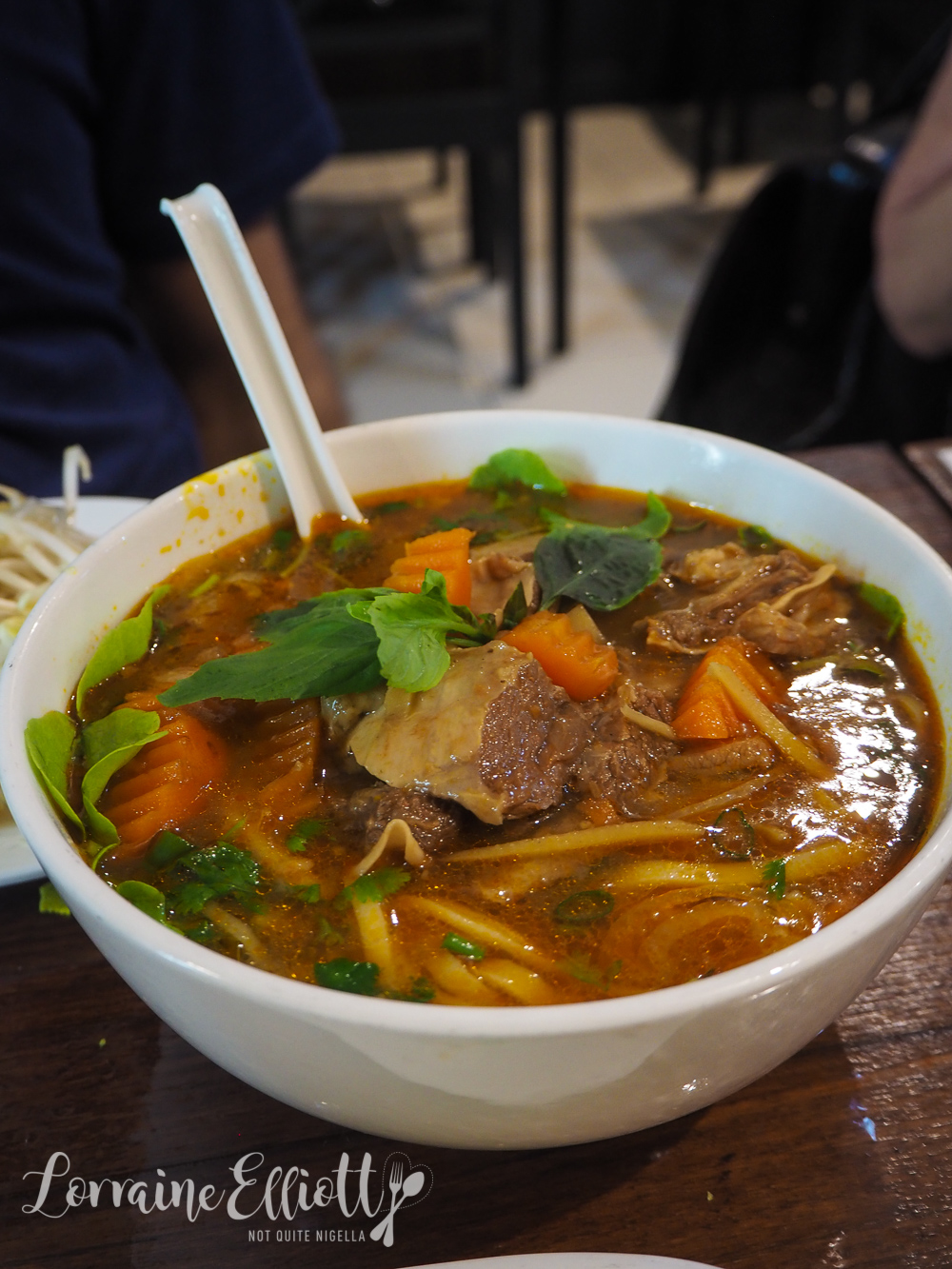 Our favourite by far is the beef stew. It comes in a massive bowl and arrives steaming hot. "This is very unctuous," Queen Viv says approvingly. The beef pieces are cottony soft and the stew is such a rich, warming broth that it could reinvigorate the chilliest soul. This is pure winter comfort food and I want to make my own version of this because I want to eat it again. After this there's very little room for dessert and unfortunately the corn dessert that I wanted isn't available.

So tell me Dear Reader, are you always the early one, late one or exactly on time? Do you prefer Southern or Northern Vietnamese food?