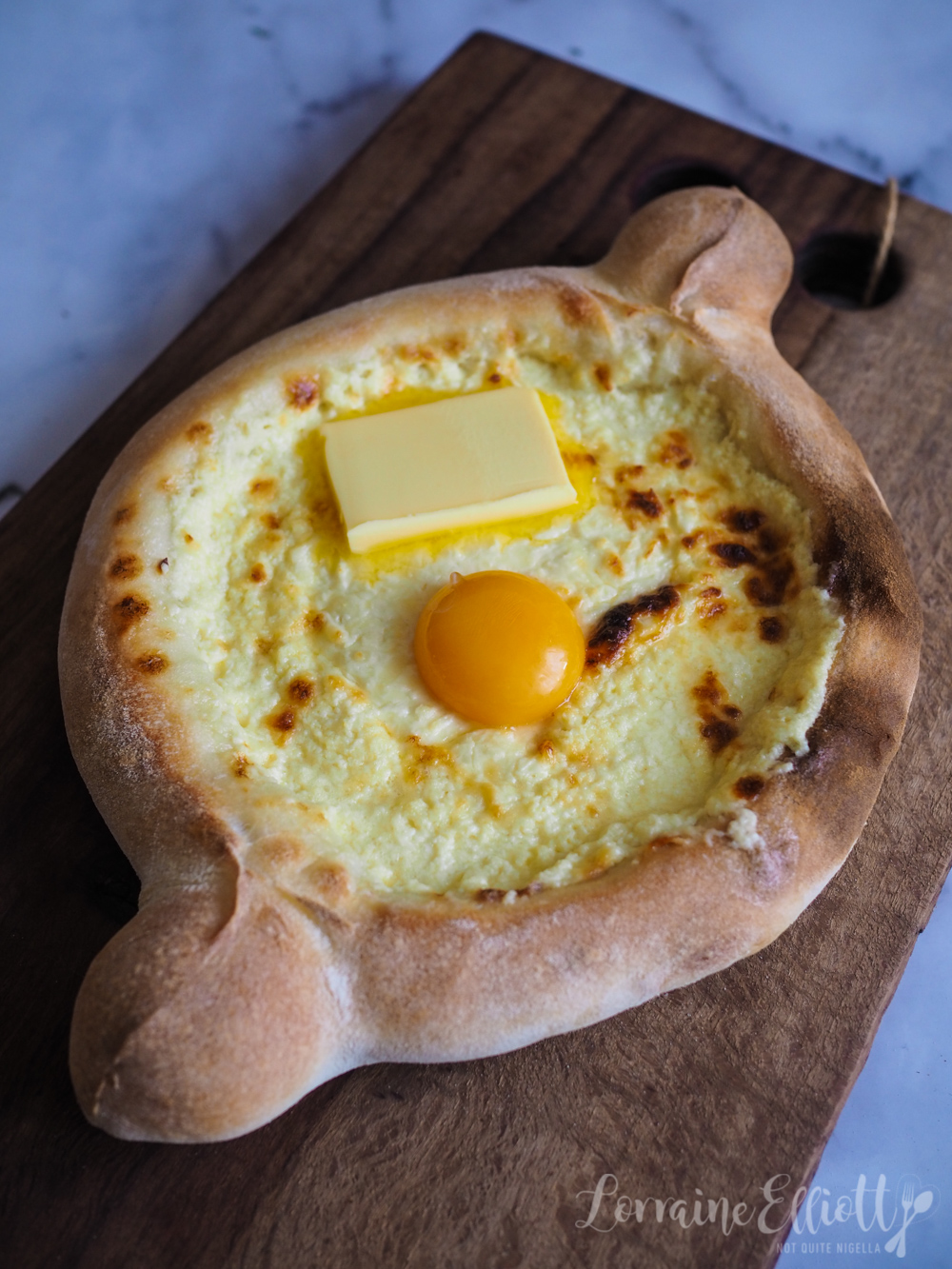 If you're looking for something interesting delivered to your door Khinkali delivers Georgian Khachapuri breads and enormous Khinkali dumplings straight to your door. These are delivered frozen so you can bake these wonderful boat shaped breads in your oven and feast on these enormous boiled dumplings at home when you want!

Ana Nikolik, who started Khinkali was born and grew up in Tbilisi, the capital of Georgia. During lockdown their business has grown by 200% and is based on two items: Adjaruli khachapuri bread and khinkali dumplings. "Having had the chance to try khinkali from different regions of Georgia, when I arrived in Sydney in 2015, I saw a gap in the market for traditional Georgian food, in particular, Khinkali and Khachapuri. With the big help of my husband, who is a chef we started developing the recipes based on ingredients available in Australia. After kneading thru every single type of flour available (high protein content flour is instrumental for smoothness), and finding the perfect ratio of ingredients and spices ( which took almost three months) we finally found the perfect recipe," says Ana. 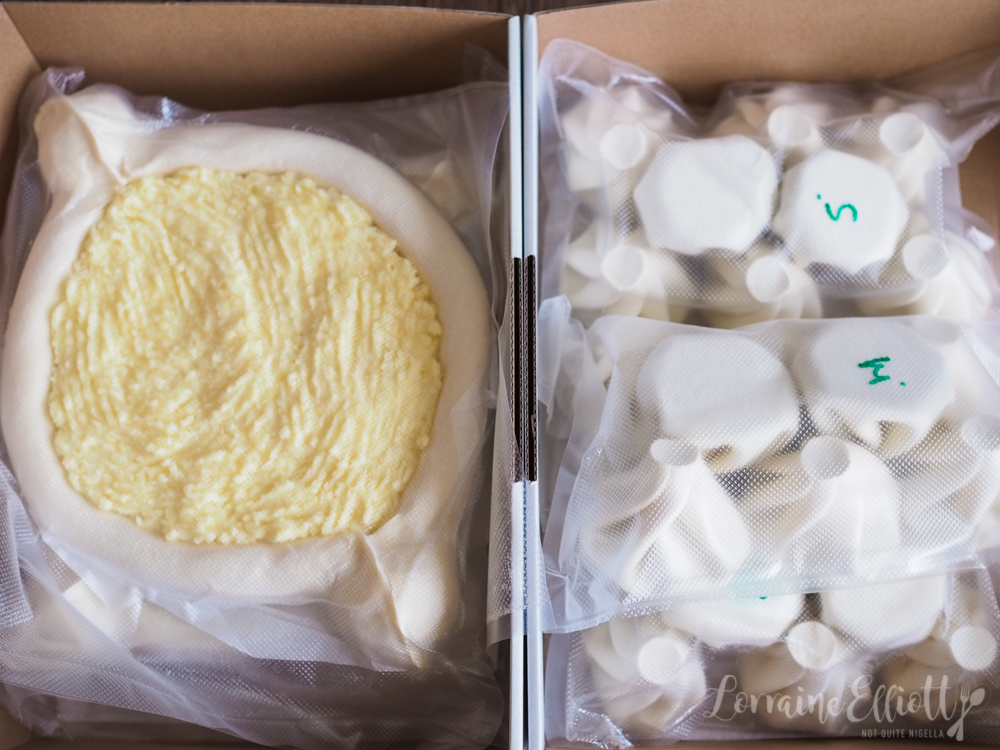 So what are Khinkali? "Khinkali, also know as Georgian soup dumplings are served on every corner in Georgia. The legend goes, during the war with Persia, Georgian women feed the soldiers fighting the war with Khinkali. They had to be quick to make, so the women will wrap chopped meat and spices in "bags"," says Ana, "Traditionally, khinkali were made with lamb, onions, garlic, and spices. Later it developed into beef/pork mix, cheese, mushroom, and even potato. I've even seen sweet Khinkali filled with blueberries." 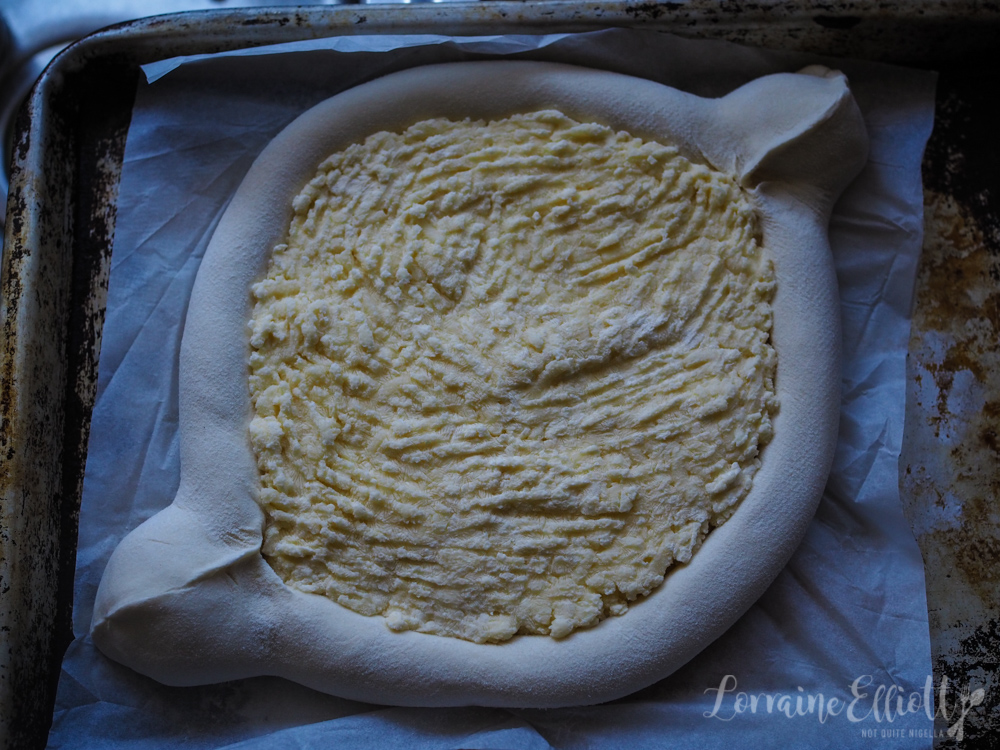 "Khachapuri (cheese boat bread) is considered the culinary heritage of Georgia. It is thought to have originated in the west of Georgia, near the Black Sea. The legend says that its shape represents the fishing boats of the Black Sea, and the yolk represents the sun. Interestingly, a decade ago, the demand for khachapuri was high to the fact that in 2011 our Government decided to protect this trade name. There is a patent for its production, which, however, does not prohibit us from cooking it," says Ana. 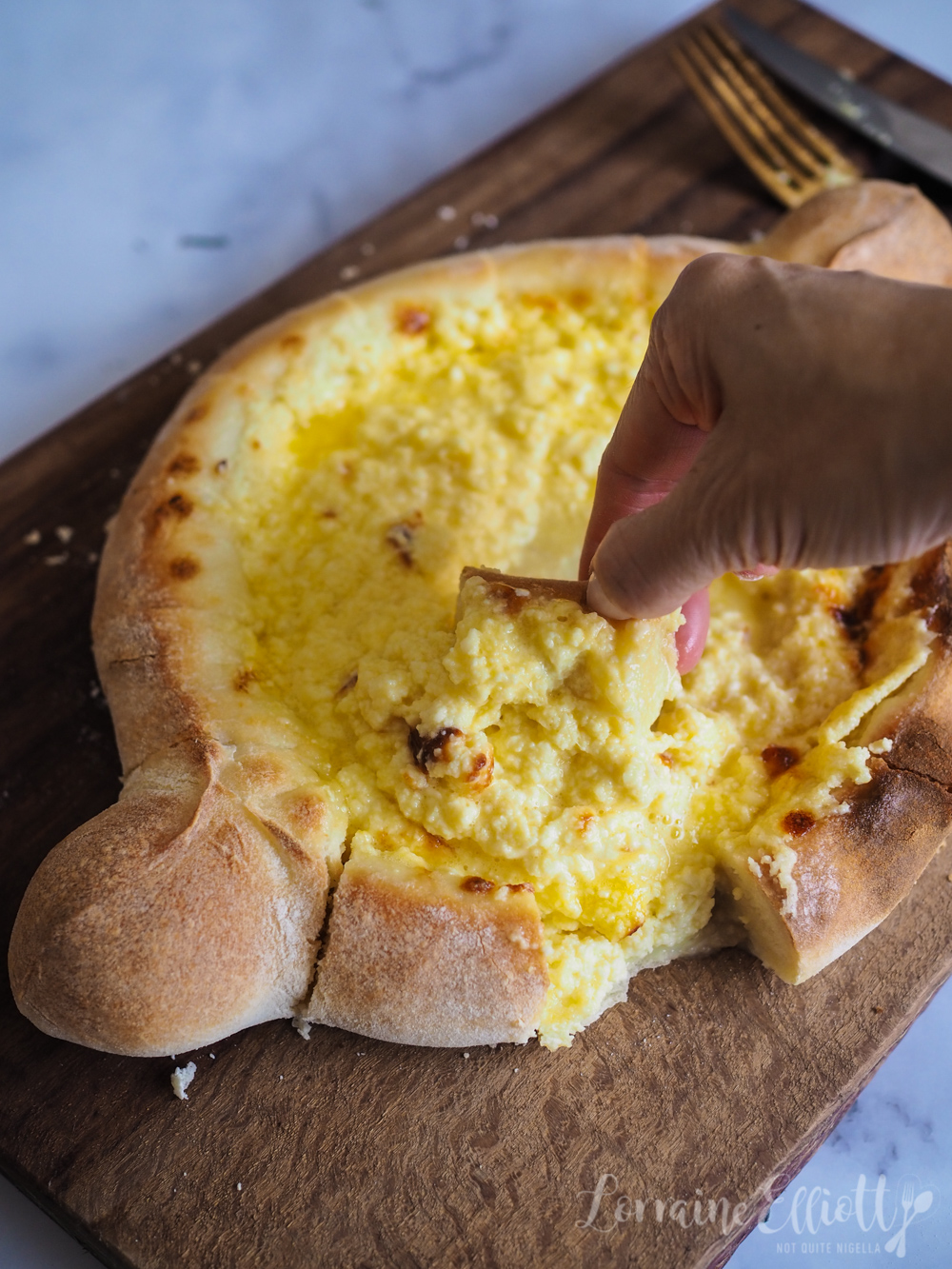 The khachapuri are 3 for $55 and we also bought a sampler pack of Khinkali with 24 Pieces (8 Meat, 8 Cheese, 8 Mushroom). Delivery is free for orders over $150 or it is $15 for under that. Deliveries are done on Wednesdays and Saturdays. Once your order is placed they send through cooking instructions which are simple - either thaw or bake or boil. The most important part is making sure that you thaw out the khachapuri bread. I thawed mine out for 2 hours from frozen and baked it in a very hot oven. I added an egg yolk and a slice of butter on top of the hot filling and then stirred it around and broke off a piece of the bread outside to dip into the gooey lava-like filling. The filling has a tangy, cheesy flavour similar to a yogurt and uses a secret mix of 4 cheeses, one similar to Sulguni the Georgian cheese. Once lockdown finishes and they can have a steady milk supply they plan to make their own Sulguni. 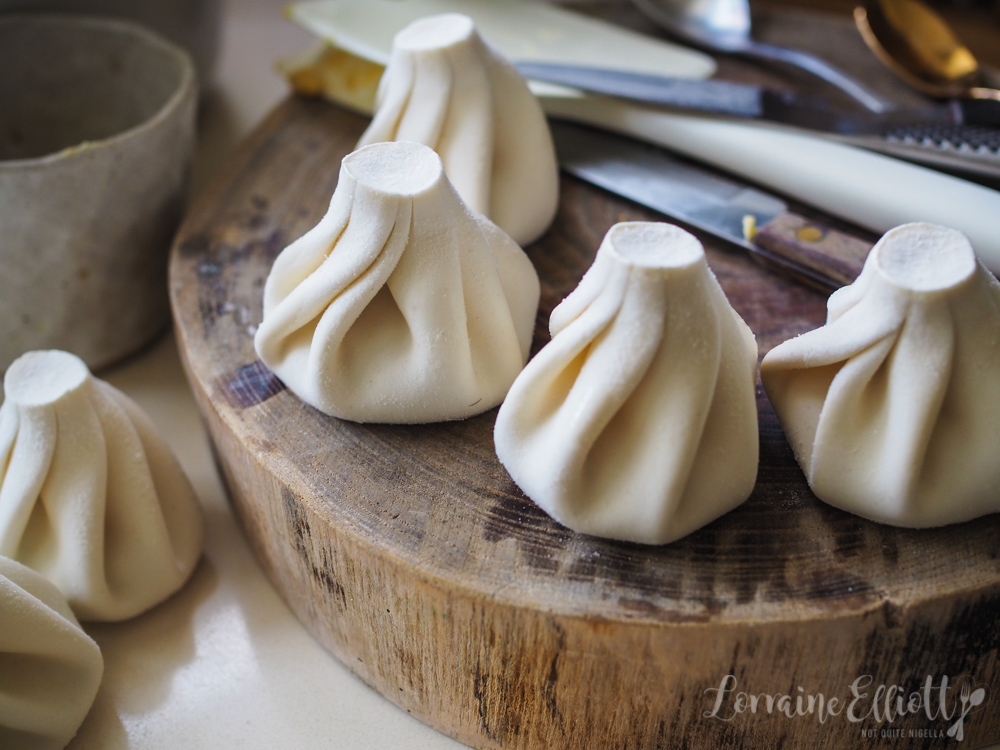 The khinkali dumplings are enormous, around 9cms diameter on the base uncooked. These just require boiling and take around 18-20 minutes to cook completely. These are Mr NQN's favourite as he loves the enormous size of them. These are like pelmeni dumplings and while they puff up they're aren't completely full once cooked. There are three fillings that we tried: cheese, mushrooms and meat. 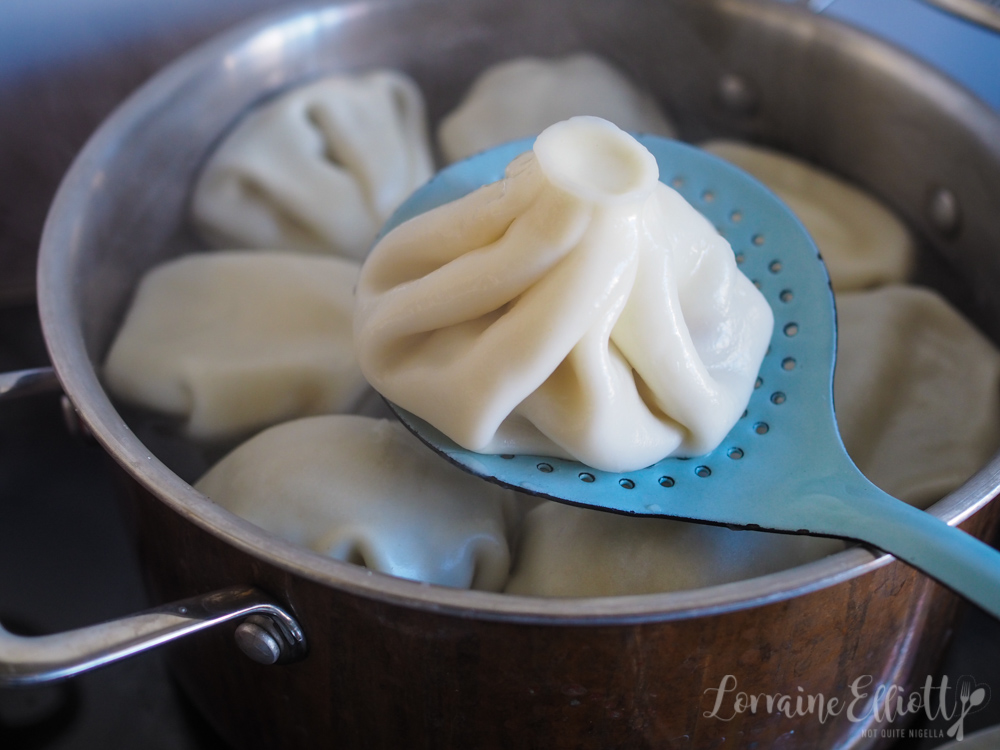 The meat and cheese ones were my favourite and they're traditionally served with just white pepper. And when you eat these, take note of the customs. "Khinkali (there is no plural of Khinkali) are eaten with hands, it is considered rude in Georgia if you use cutlery. You start by having a small bit on the side of the khinkali, blowing into it, and sucking the broth. Then, continue with eating the rest. The thick dough at the top is used only for holding, (it's not to be eaten) and some say that its also used to count how many khinkali you've eaten, " explains Ana. 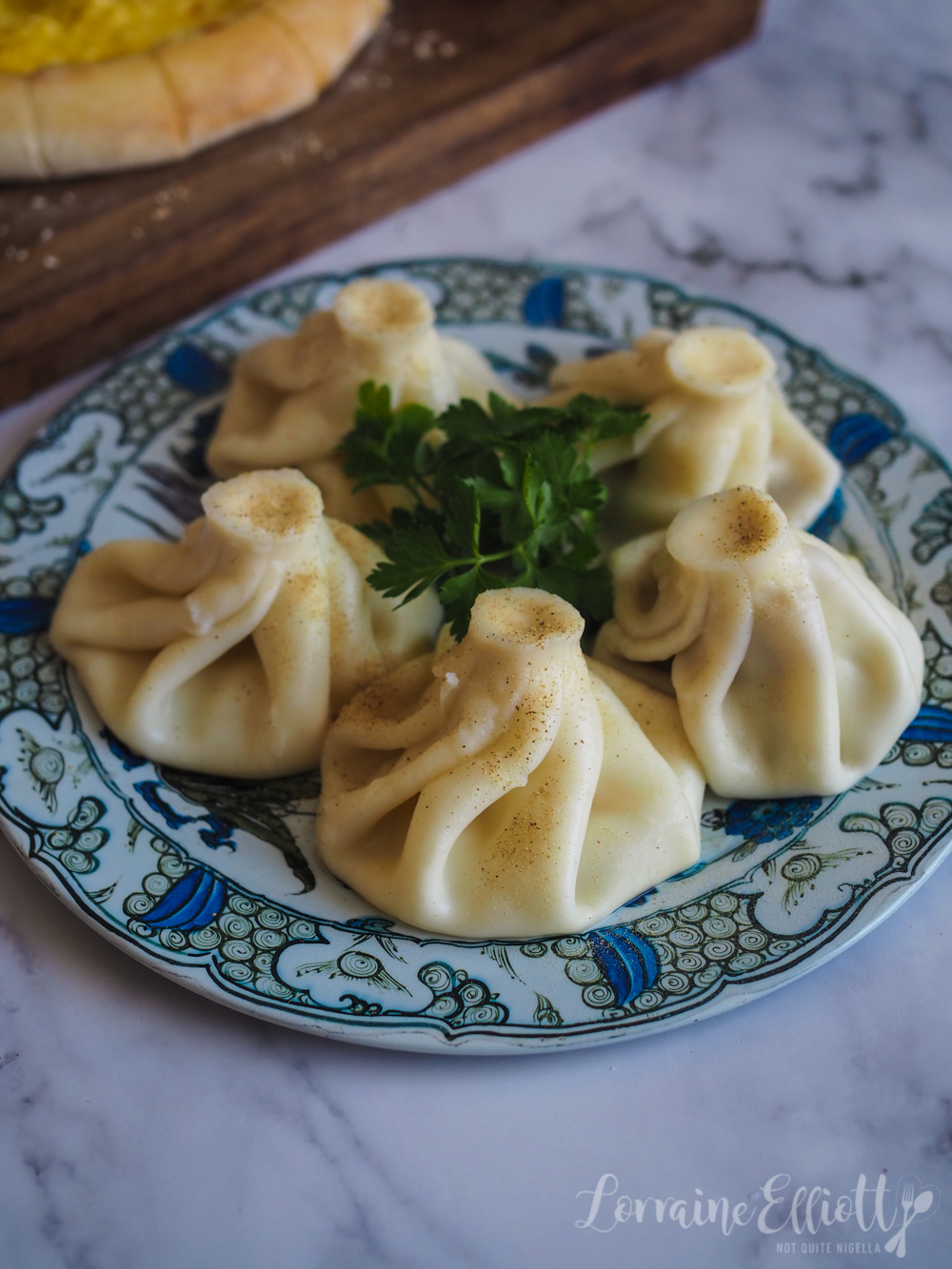 "It is a tradition in Georgia to serve as much food, so that at the end of the "Supra" - (feast), there must be leftovers, otherwise, it's considered that the host did not spend enough to feed its guests," Ana explains.

So tell me Dear Reader, have you ever tried khachapuri or khinkali?