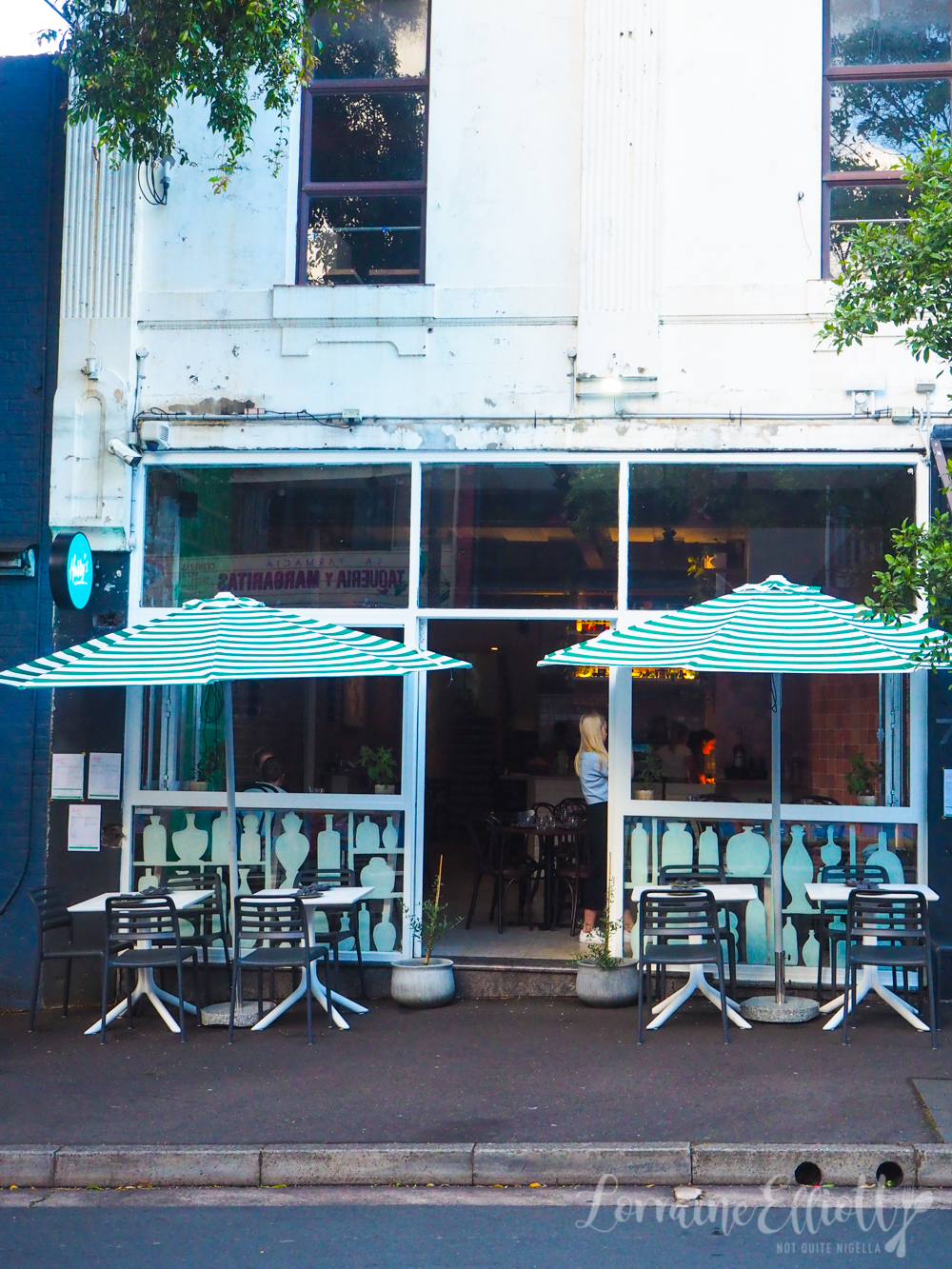 Harry's by Giuls is the newest restaurant by the same team that opened Giuls just one year ago. It's located in Darlinghurst on busy Stanley Street with an Italian style menu. While Giuls is more about al fresco dining Harry's is more of an inside venue specialising in Italian tapas and pizza. 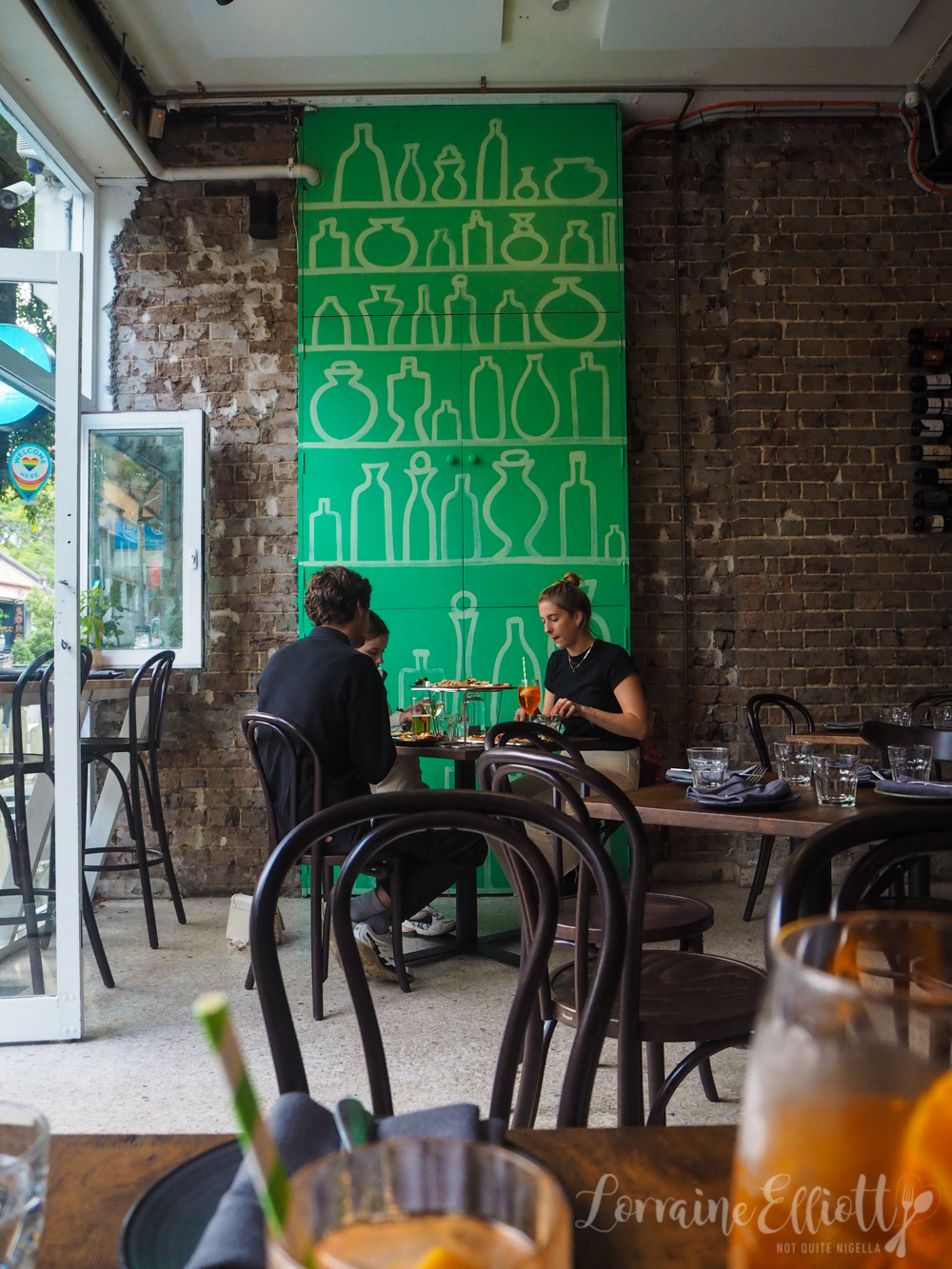 The team that started Harry's by Giuls are Giulia Treuner and Esmeralda Perez who first met while working together. Giulia says, "We went for drinks and jokingly brought up going into business together, a few months later we opened Giuls." Giulia grew up in Germany and Esmerelda in Chile where she grew up cooking a lot with her grandmother. She later on came to Australia and gained her chef qualifications. Giuls travelled through Italy with her Opa who loved Italian food and encouraged her entrepreneurial drive. Harry's By Giuls is named after him. 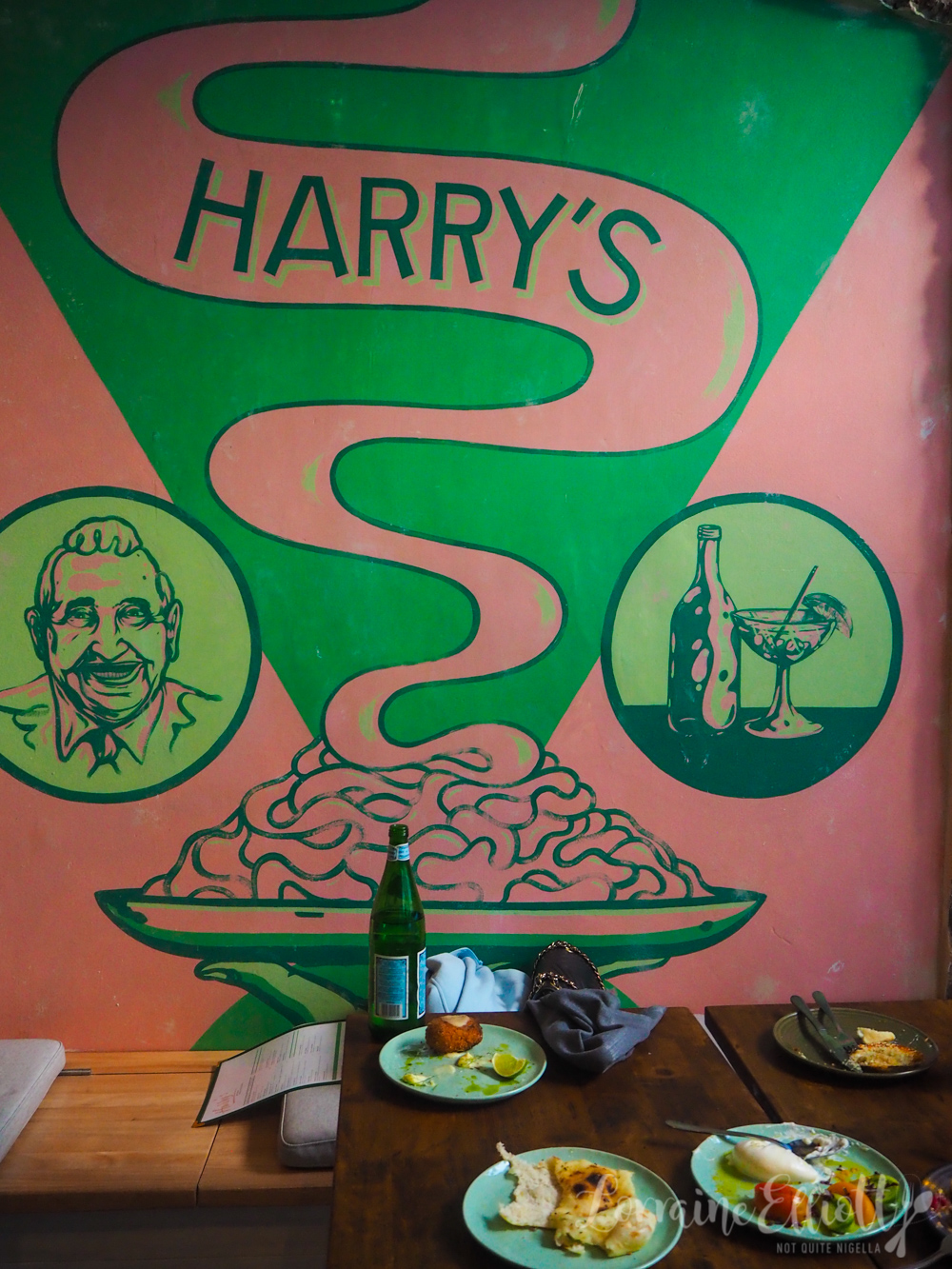 It was a conscious decision to staff the restaurant mostly with women, "The industry is/was very male dominated, we wanted to stand for empowering women and show that it is absolutely possible to run a business in this industry as women. We got great feedback about that and also a lot of support. We of course hire males but even more females to support women in the industry. We also love supporting women related charities," says Giulia. 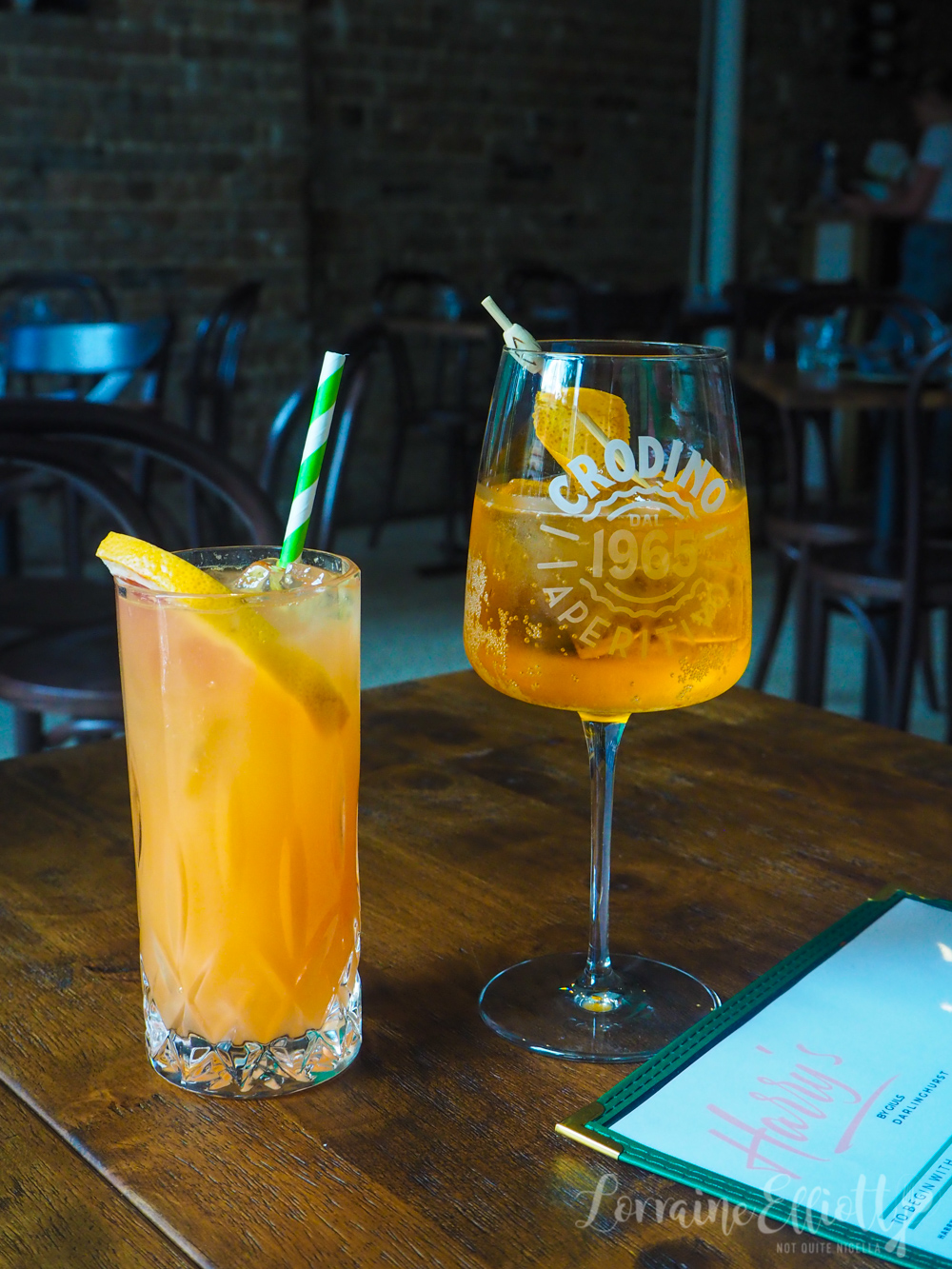 We start with two mocktails. Sophia doesn't drink and I am driving so we try the Abstinente Frizante made with grapefruit soda, passion fruit and lemon that has a nice dry tone with the pronounced fruitiness. The Crodino is surprisingly sweet and a very palatable version of an Aperol spritz. 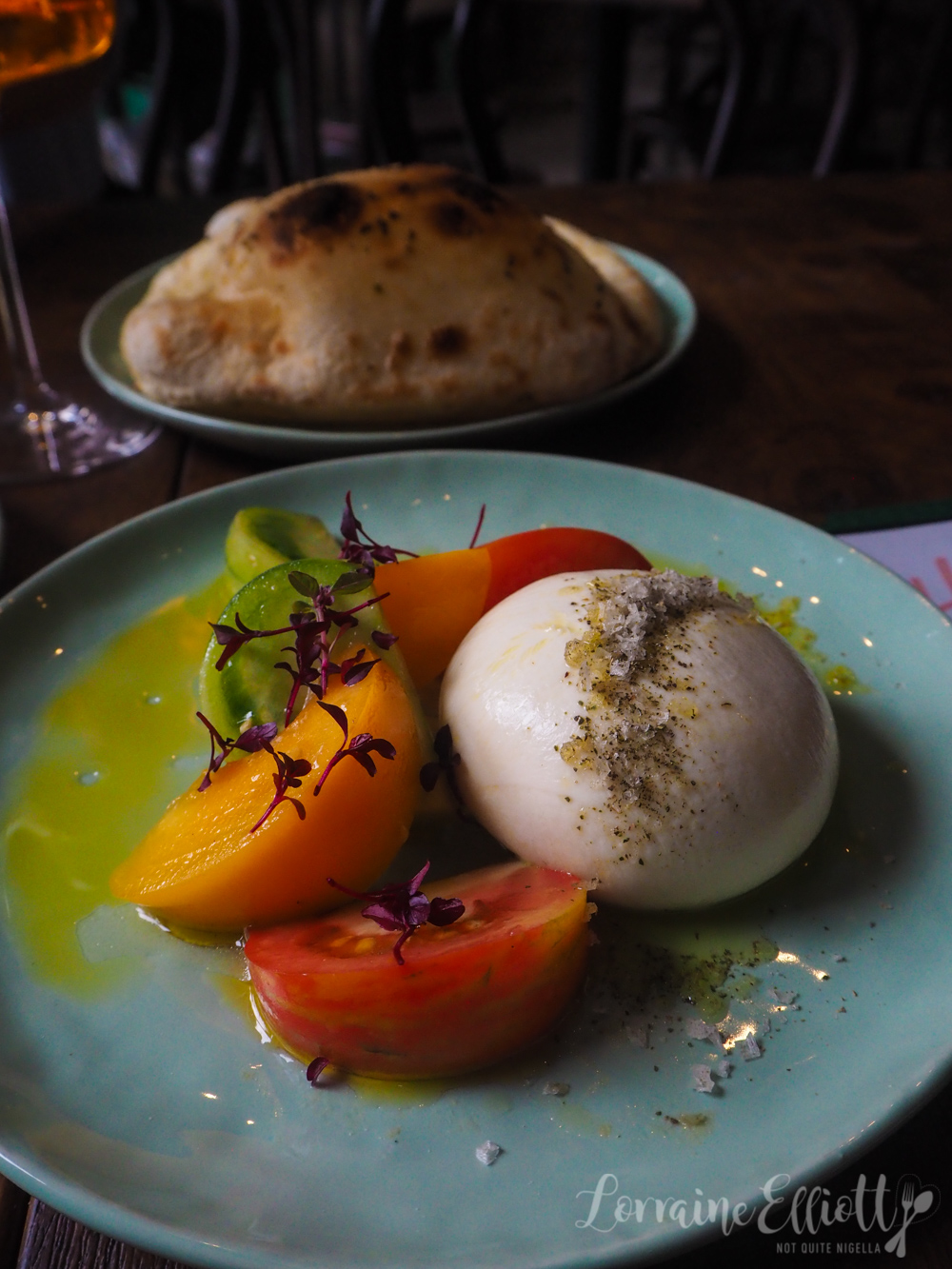 Sophia and I get some recommendations on what to order from our fantastic waitress. The pizza bread was a surprise but in a good way. Harry's pizza bread is a puffy bread brought to the table hot. This stays puffy and is dusted in oregano and smoked salt. I'm obsessed with the puffy edges of this and it is a must order. We ordered the burrata to go with the pizza bread and it is served with mandarin pressed extra virgin olive oil, thick wedges of heirloom tomato and lime salt. This burrata has a thicker skin and is quite cold. I think it would benefit from being left at room temperature for a bit longer so that it softens up a bit. 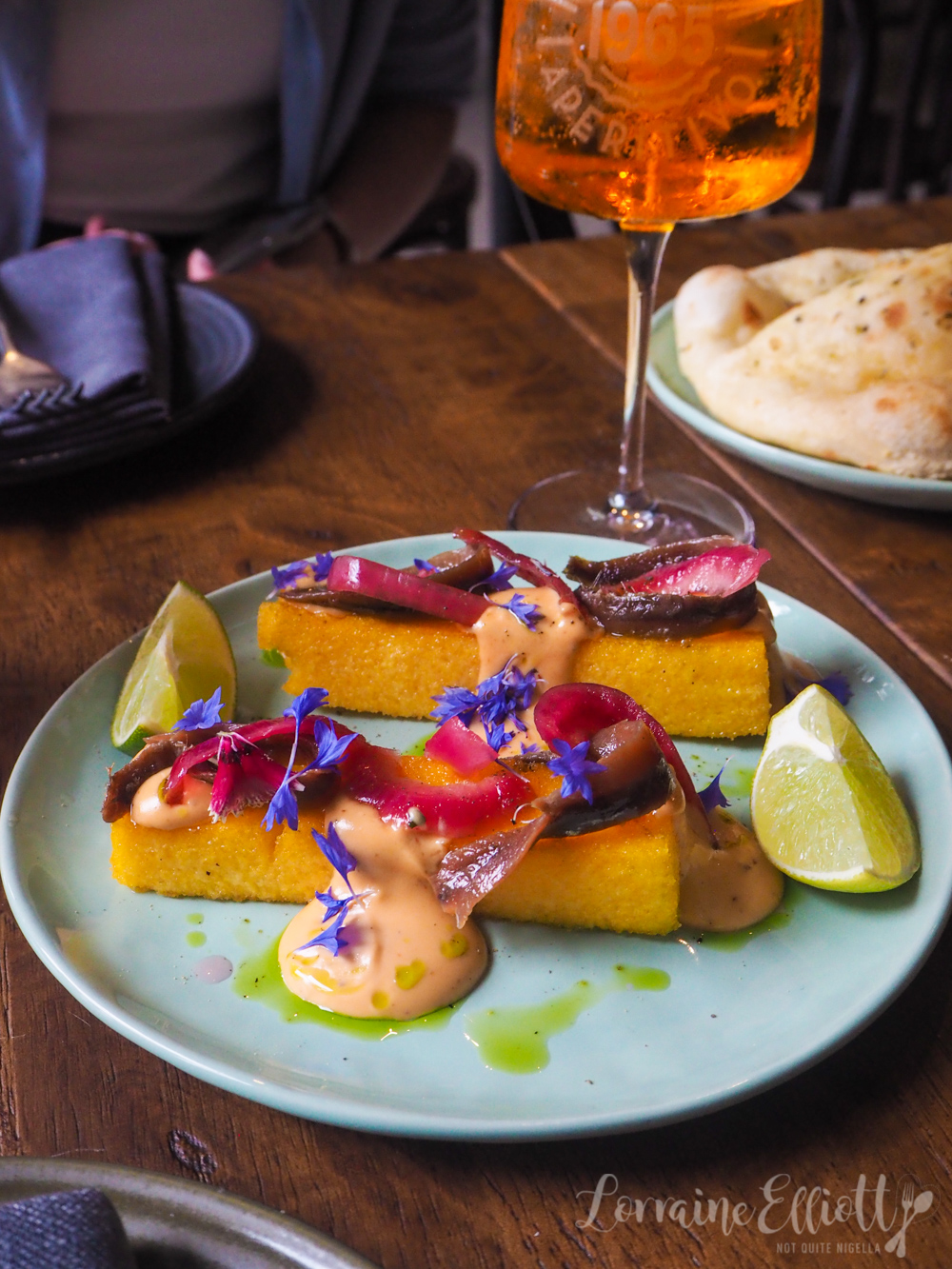 Sophia is my only friend that has a long list of food dislikes and when she sees anchovies her eyes widen. But they firmly have their place on this fried polenta giving what is normally a mild tasting ingredient the seasoning it needs. It is two long logs of fried polenta topped with pickled pink onion, spicy aioli and Cantabrian anchovies and is one of my favourite dishes. 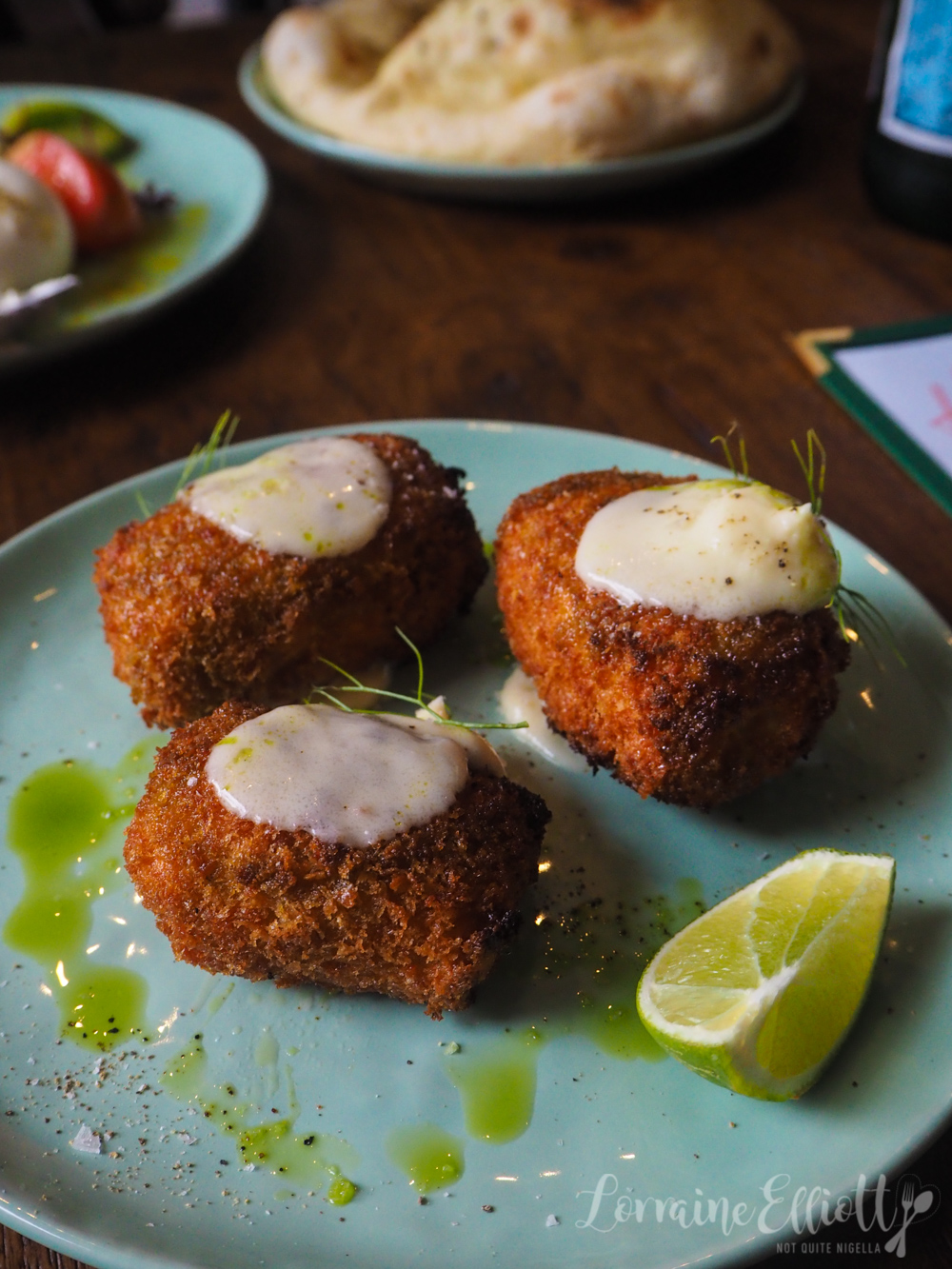 The panko pork are three mini panko crumbed pork sando fillings. The pork inside is quite firm and it's crumbed in panko breadcrumbs and deep fried and served with a parmesan sauce and lime. I like this sliced up with some of the spicy mayo from the polenta above and some of that delicious pizza bread for a little sammich. 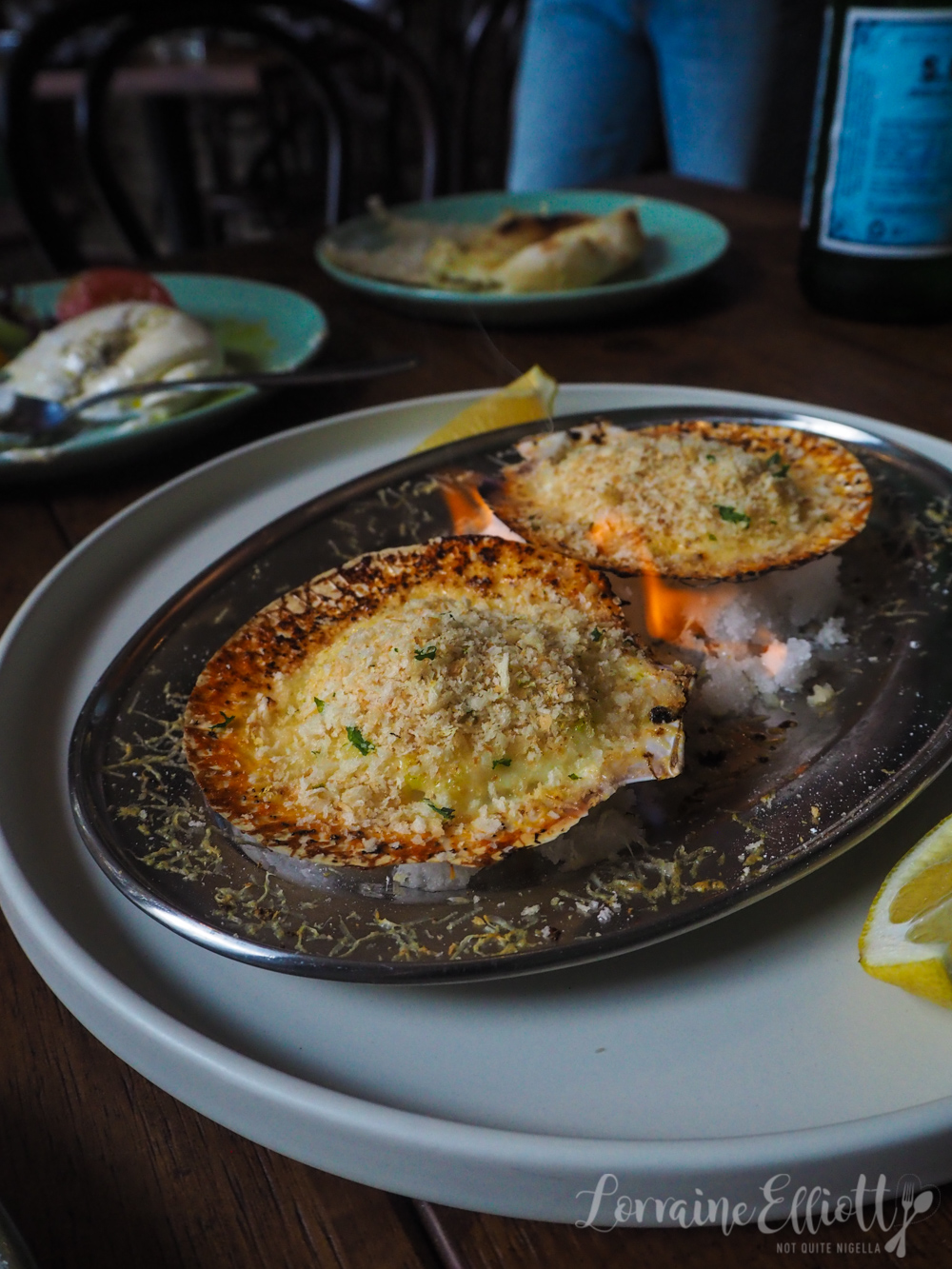 The baked scallops cause a bit of a sensation as they come to the table as they're set alight. The dish is two scallops on the shell topped with scarmoza cheese, lime and pangrattato. The scarmoza gives this a nice smokey flavour and this is a favourite with Sophira. 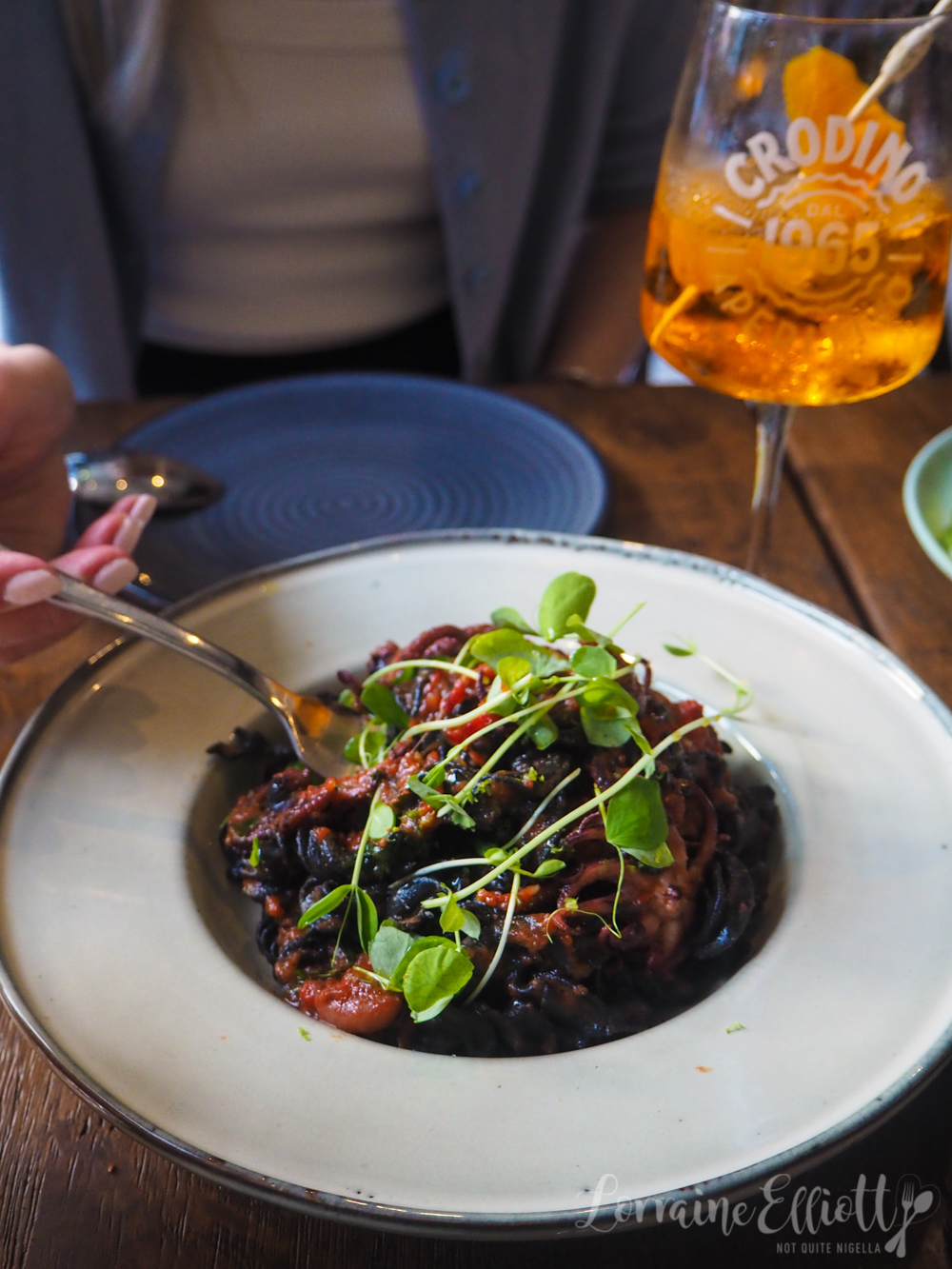 They make all of their pasta in-house. Pasta obsessed Giulia explains that, "We use premium Italian semolina. The recipe is a secret but I can tell you we use a La Monferrina pasta machine, one of the best on the market." . The pasta is also vegan. I love the texture of mafaldine and its ability by the frilled edges to grab sauce. This squid ink mafaldine is seafood heaven and tastes of meals by the sea with baby octopus, tomato and confit garlic sauce. 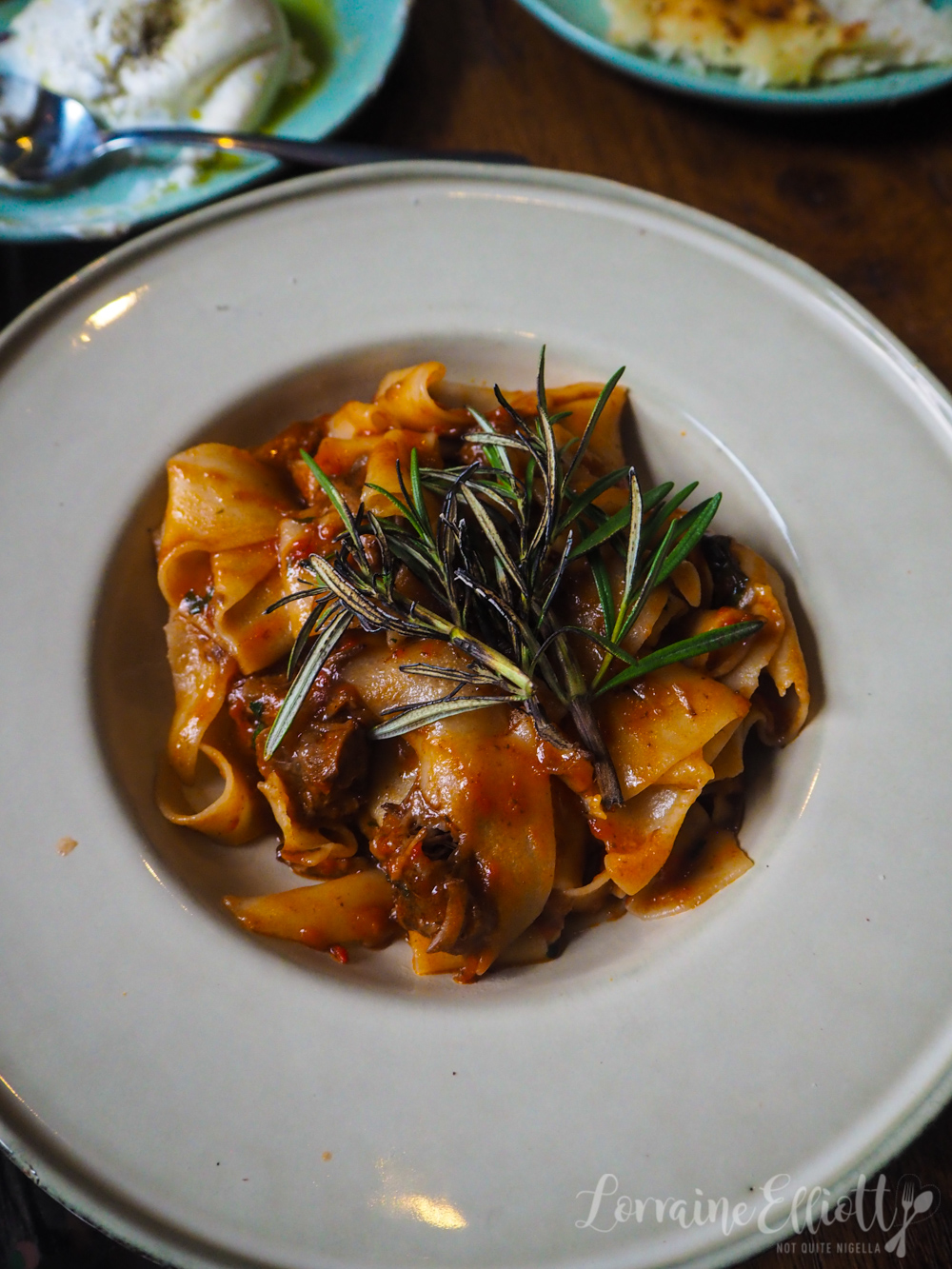 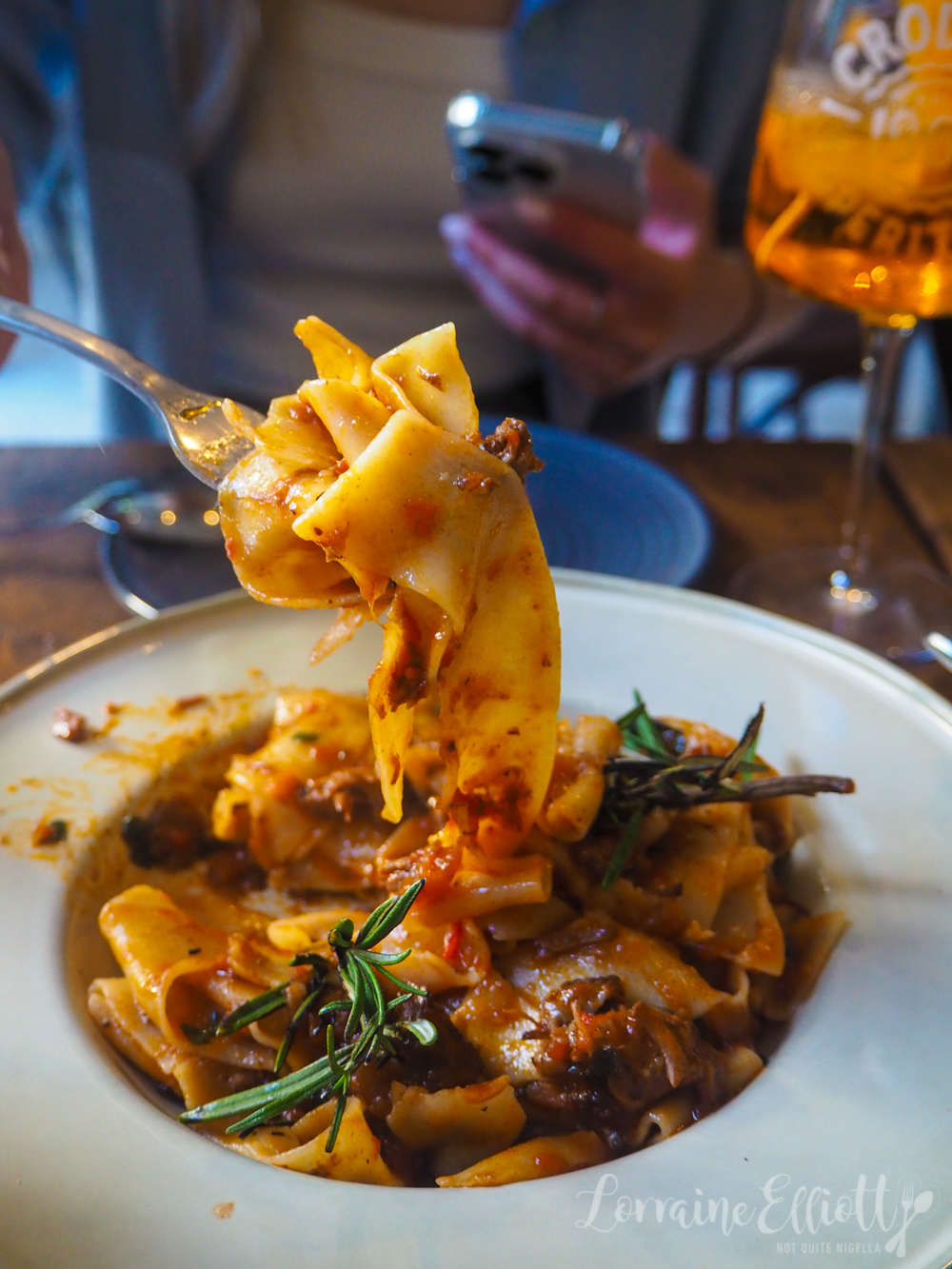 However both of our favourite pasta was the pappardelle with Ossobucco ragu, caramelized onion and rosemary. The ossobuco ragu melts in the mouth and the pasta has a wonderful texture to it. Even though I am very full I keep eating this it's so moreish. 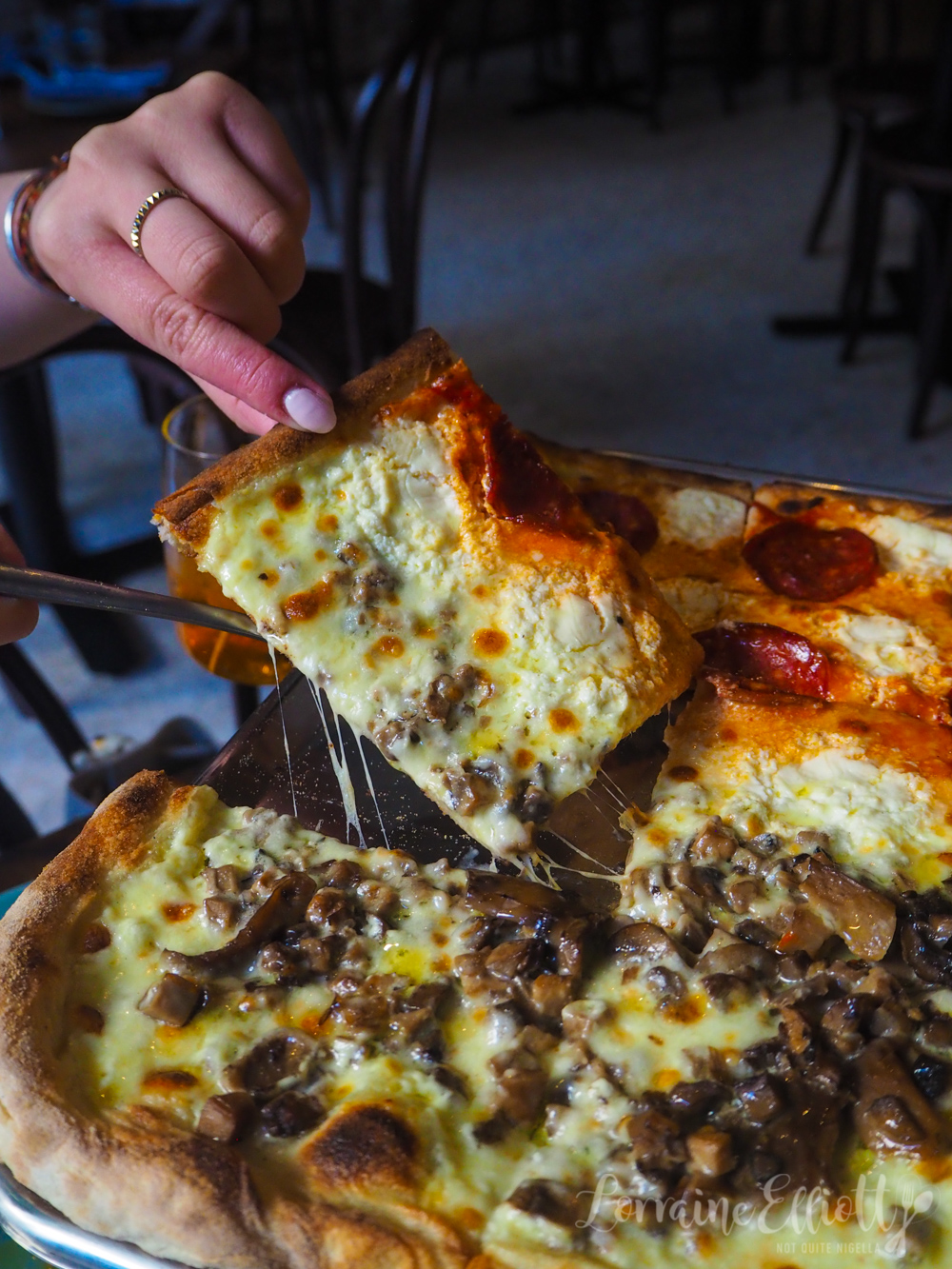 Sophia and I have very much opposite tastes in food (she hates raw fish, chilli, avocado and a whole bunch of food that I love) so when it came to choosing a pizza we were at a stalemate. I really wanted to try the spicy salami pizza while she wanted the truffle mushroom. They solve the dilemma by offering a half half which they can do on quieter nights. The spicy salami has a red base, spicy salami buffalo mozzarella and ricotta and it is quite spicy although perfect for me. The truffle mushroom is also a winner with a white base, mushrooms, truffle oil, fior di latte and cream. 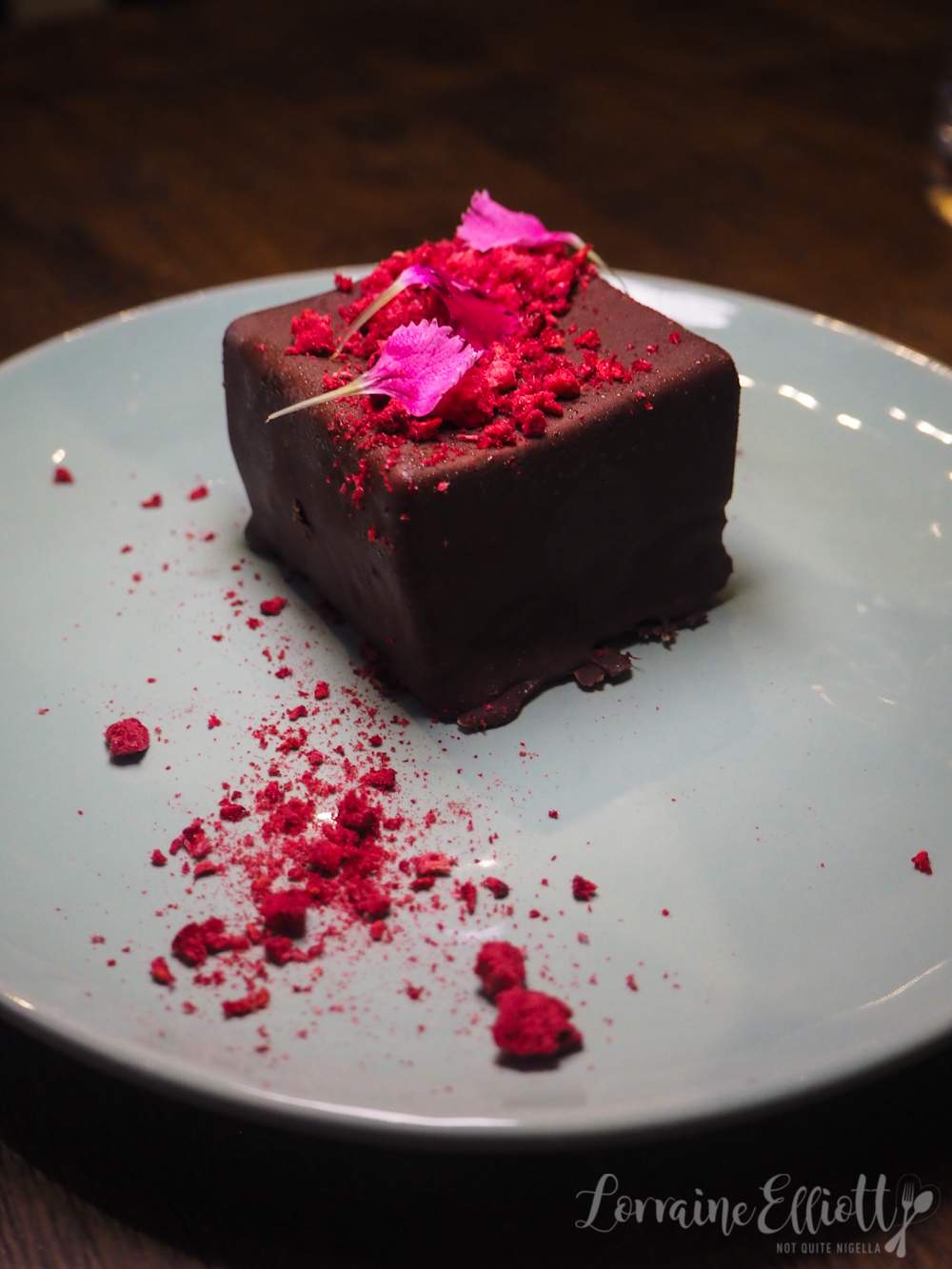 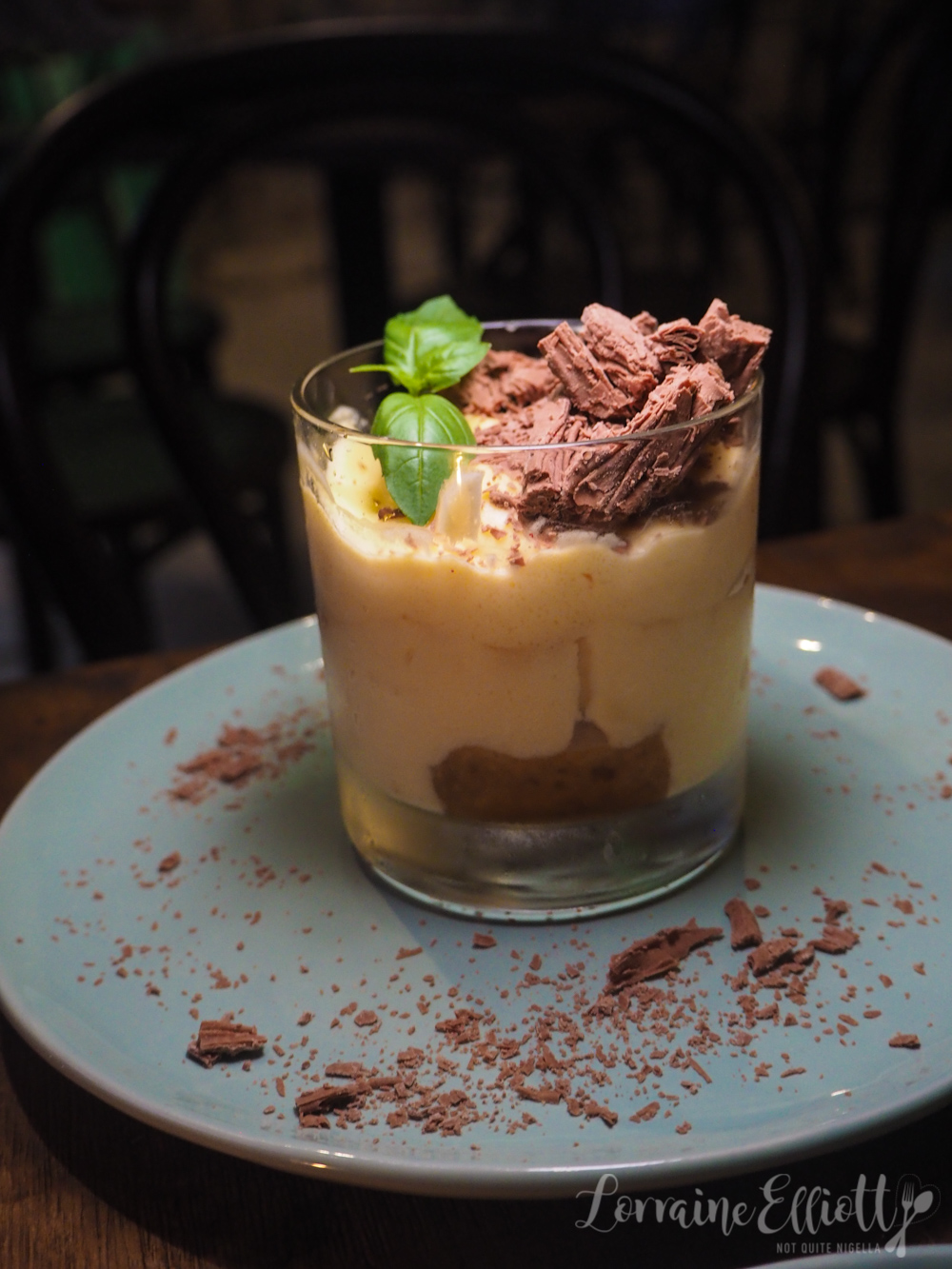 Harry's tiramisu is for those that like things sweet and a bit untraditional. It tastes like a sweet, layered dessert with soaked savoiradi and big broken logs of Flake chocolate on top. However Harry's tiramisu contains pineapple and no coffee in their version which moves it towards a parfait rather than a tiramisu (but we're told a traditional tiramisu is coming up on the menu).

So tell me Dear Reader, would you pick spicy salami or truffle mushroom pizza?