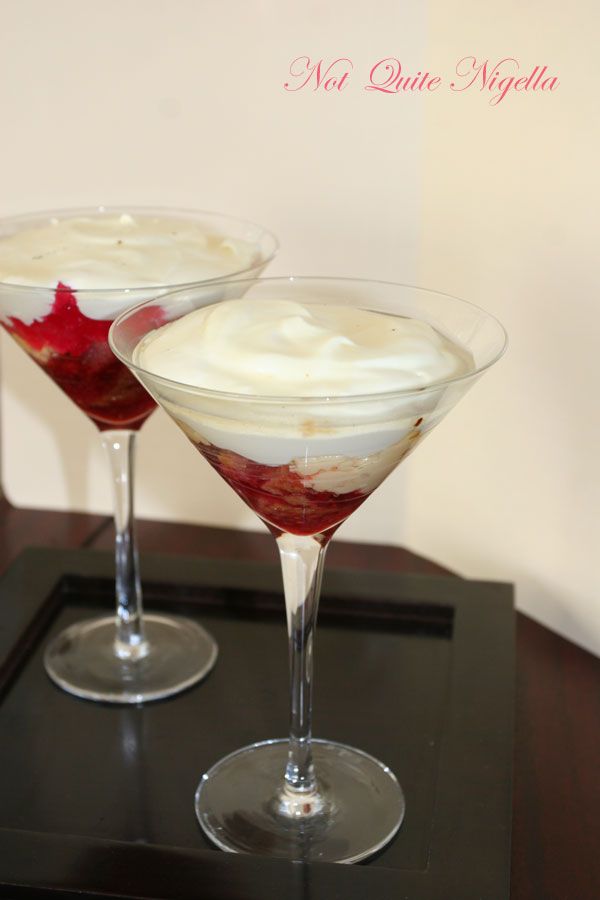 I'll put my hand up right now, I'm not a huge fan of trifle. My husband however is something of a jelly monster as well as a custard monster and could eat a whole trifle if given the chance. Indeed, I've turned my back one afternoon to find an entire trifle completely demolished. So it is for him that I made this Raspberry and Lemongrass trifle. The recipe doesn't actually call for the requisite jelly so I made some raspberry jelly and added it in. Trying it completely changed my mind about trifle. The sweet ever so slightly tart raspberries are gorgeous against the thick vanilla custard, cushioney sponge and velvety whipped cream. I couldn't really taste the lemongrass in this recipe so overpowering were the luscious raspberries. And I couldn't do a trifle without spreading a thin layer of raspberry jam. Overkill? Perhaps a little but a trifle is an exercise in just that. 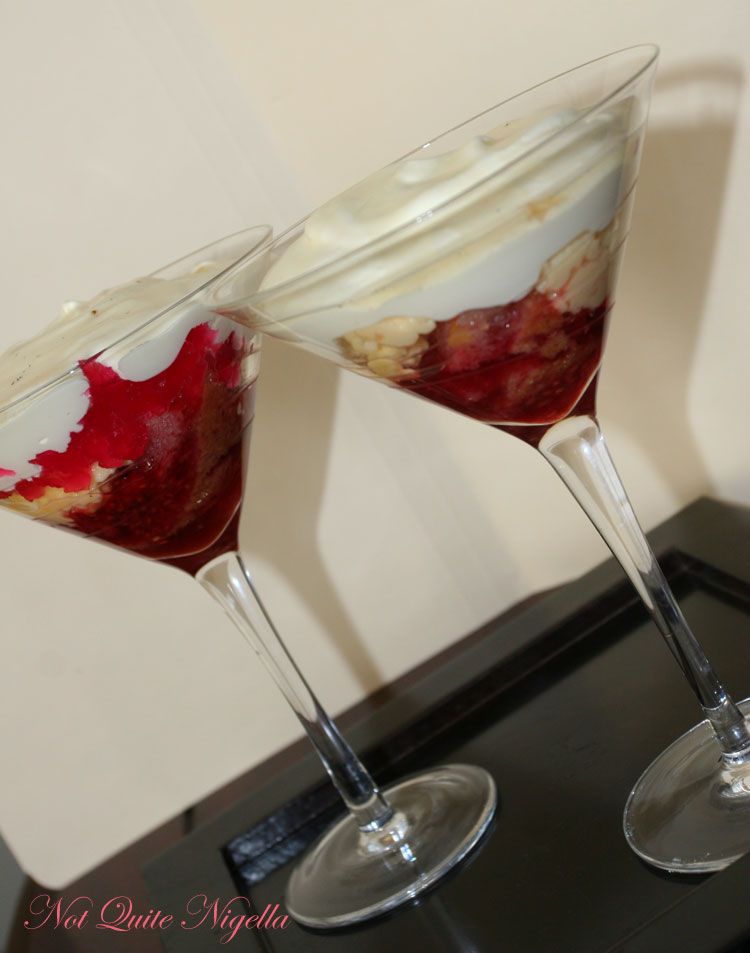 Trifle is the perfect thing to cook when you've got protracted time to busy yourself quietly in the kitchen. No one stage stakes long, but the whole needs to be lingered over. And if it sounds odd to suggest steeping the sponges in a syrup flavoured with lemongrass, I should say that I first had the idea when making a syrup with lemon balm for some jelly. If you've got a garden, this is easy to come by, but if you haven't there is no way you can buy it. I tried, then, substituting lemongrass, weight for weight, and it worked beautifully. By the same token, if you have got verbena in the garden then do use that here. But since there isn't a supermarket around that doesn't major in lemongrass- and indeed its far more familiar to us that the indigenous lemon balm-this recipe, which first found shape in an Observer article on cooking traditional British foods with new "fusion" ingredients, is actually a good reminder that you can plunder the past without scorning the present.

Step 1 - Make a syrup with the water and 325g of the sugar by bringing them to the boil in a saucepan and boiling for 5 minutes. Take the pan off of the heat. Add the lemongrass and let it infuse for about half an hour.

Step 2 - Strain the syrup into a measuring cup, keeping the saucepan with the lemongrass to one side. Take out about 150-200ml of the syrup and put it into a pan with the raspberries. Bring this to a boil and let it thicken slightly. Mash the fruit to create a jam like consistency. Let it cool a little and then dunk the ladyfingers in the raspberry mixture and arrange them in the bottom of your bowl. Add the vodka and about 100ml of the lemongrass syrup, depending on how much your ladyfingers absorb, and reserve the remainder.

Step 3 - Meanwhile, to make the custard, heat the cream in the syrup pan with the lemongrass until it is nearly boiling. Take it off of the heat and let it infuse for about 15 minutes, or so. Whisk the yolks and the rest of the sugar together and pour the cream into the same bowl. Then whisk again and put the custard back onto the heat in the cleaned-out pan. Stir until the custard thickens and then pour it over the trifle sponges. Let it cool.

Step 4 - Whip the heavy cream until thick but not too stiff. Cover the custard layer with this. Use about 1 cup of the remaining sugar syrup to make caramel by heating it in a saucepan until it turns a golden brown color. Drizzle the caramelised syrup over the layer of cream to decorate.

From Nigella Bites by Nigella Lawson 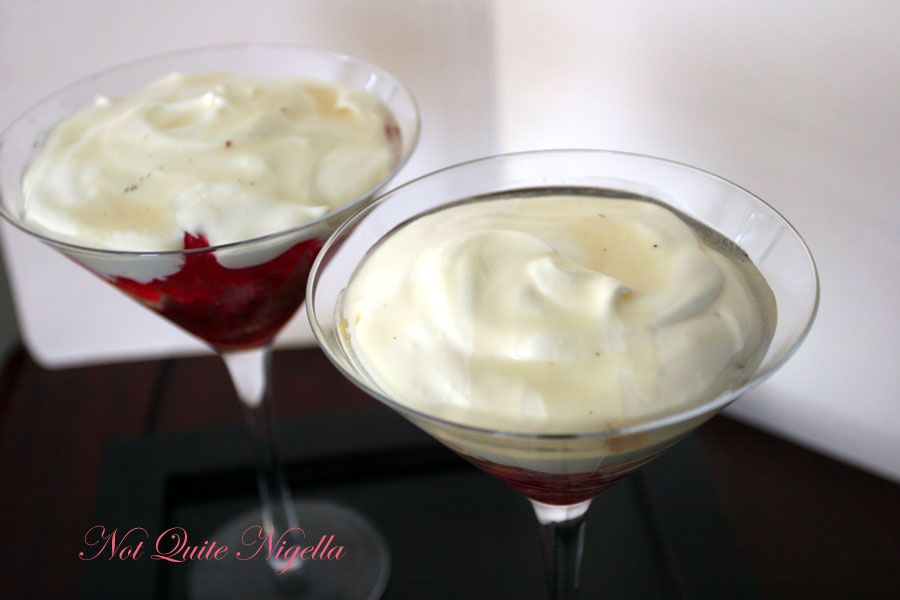