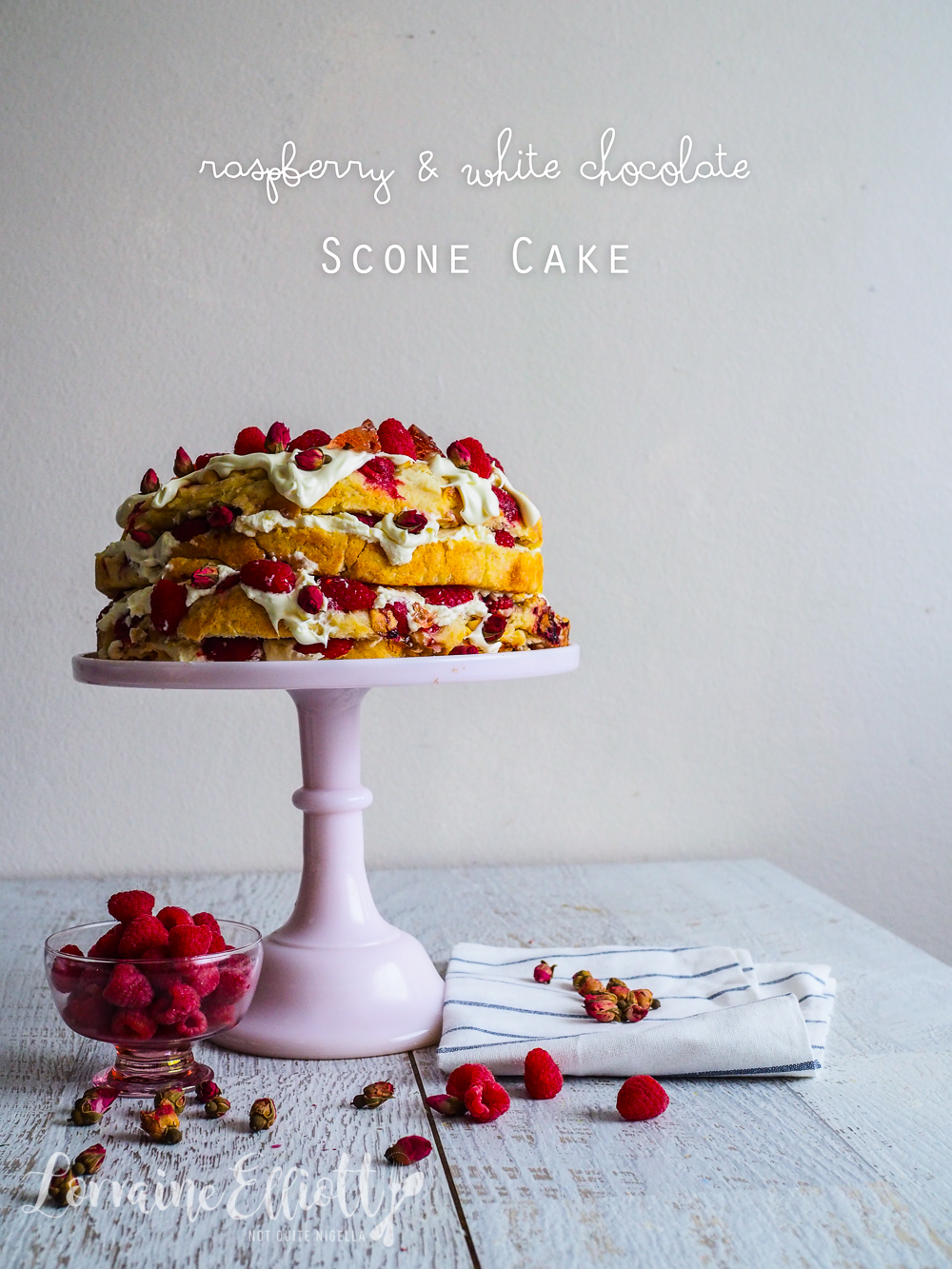 If you love scones and afternoon tea may I please introduce you to Sarah the four layer scone cake? She comes already layered with cream, rose petal jam and fresh raspberries and promises to feed many in a most spectacular fashion! 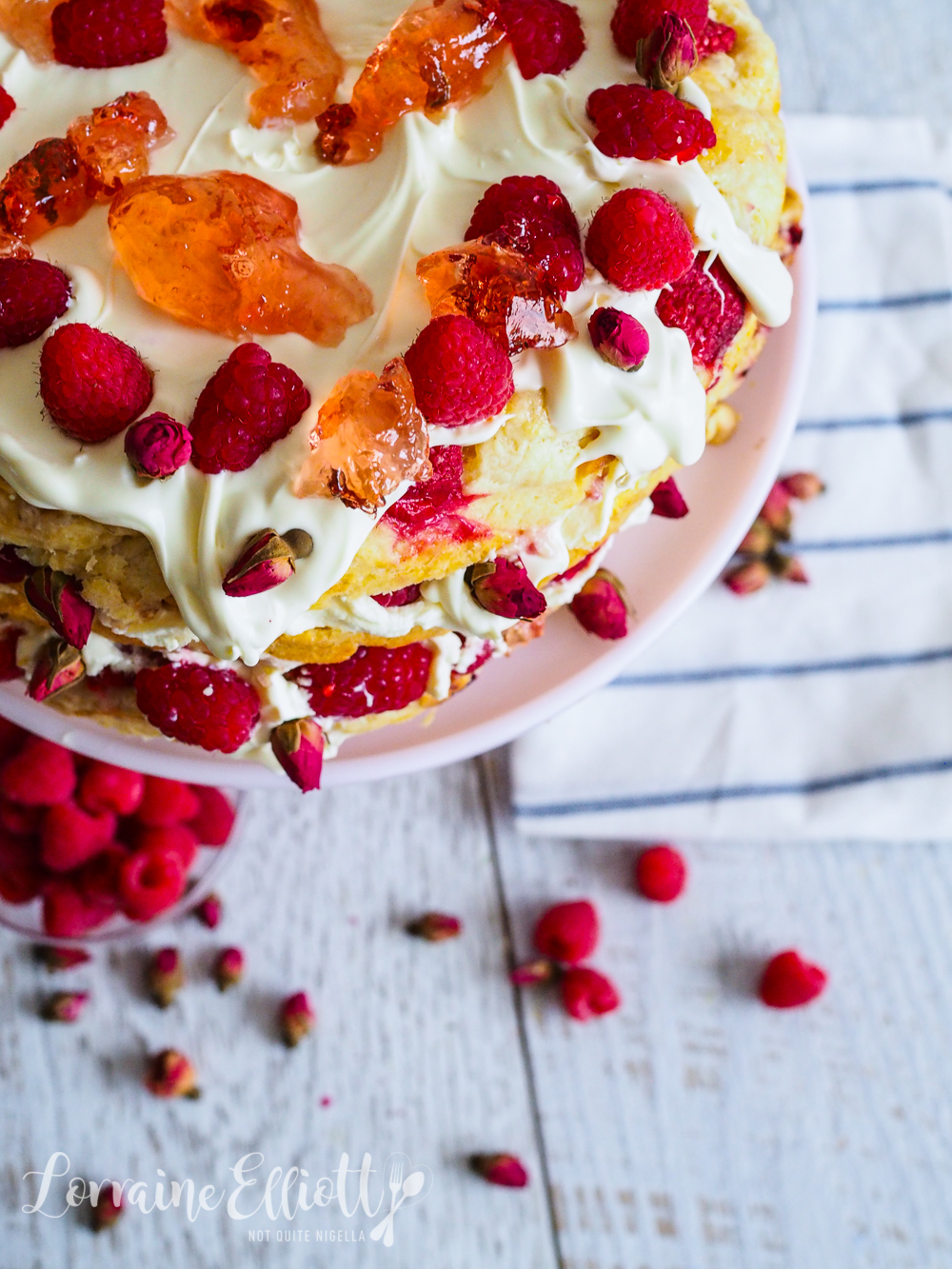 This is best served on the day you bake it because scones are better that way generally but please don't let this limitation put you off. And although I do go on about warm scones, this recipe produces light, buttery scones so you don't need to warm them up. The already spread cream, jam and fruit prevent it from becoming chalky and dry. I used a rose petal jam that a Dear Reader Romany sent me made by her partner pastry chef Brent Templeton (she sends me gorgeous gifts and cards). It is such a beautiful specimen with rose petals suspended throughout it and it glistened like jewels on the top.

And it goes without saying that this cake feeds a lot of people. And one slice isn't meant for one person. You can cut this up layer by layer and that's the most prudent way to approach this. I gave some to Nina and Garth and I also gave some to my parents. I should say that it was really more for my mother as my father eschews anything that isn't strictly healthy. 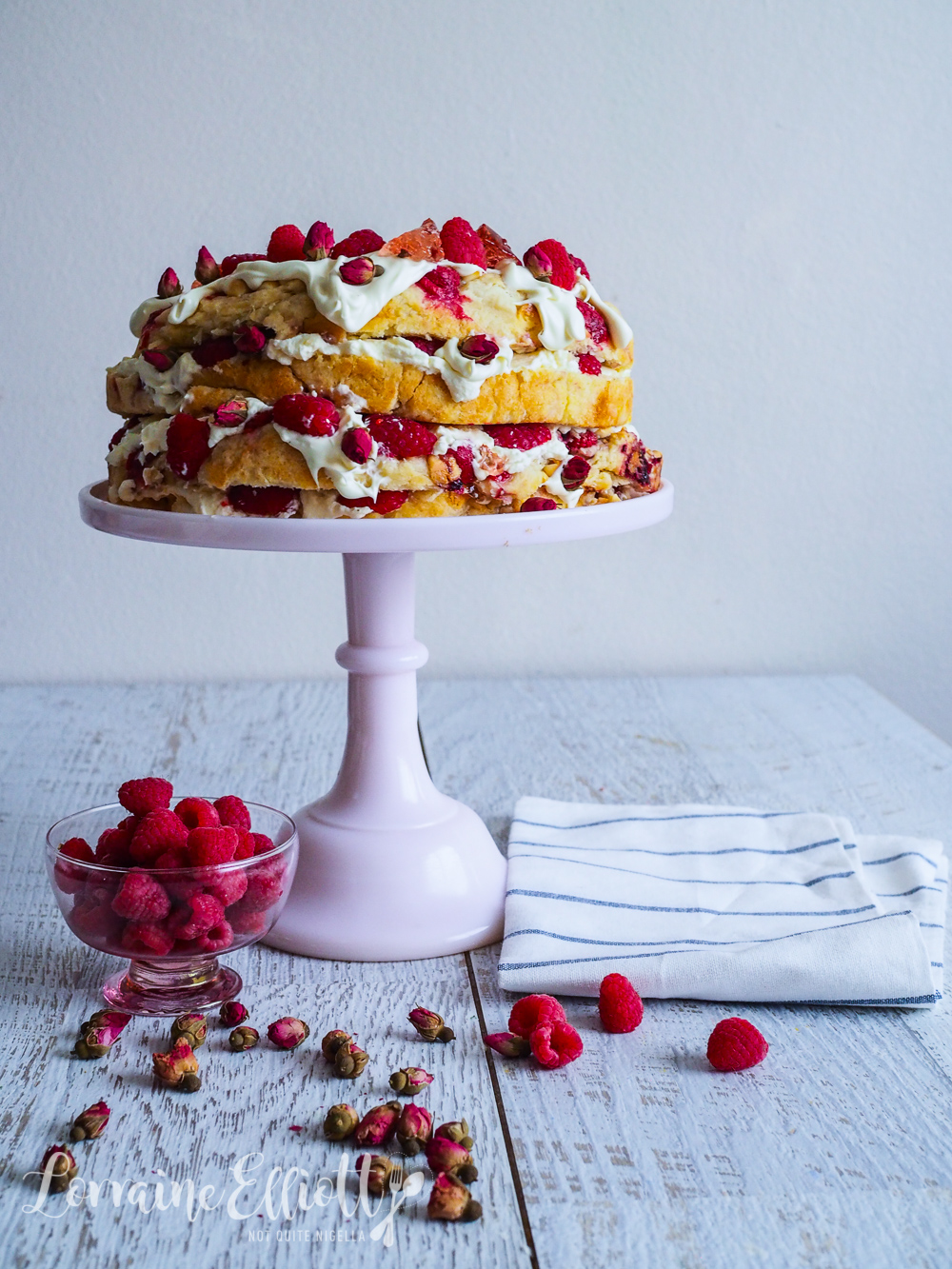 Even growing up he was ever vigilant about his health. He didn't worry about me so much but my sister Blythe was often the target of his advice. When he would talk to her on the phone he'd end off the conversation with not a "Goodbye" but with a "Diabetes is forever!". If you've ever watched my Instagram stories, you'll know how quirky/blunt he is. I often get people asking us to start up our own youtube channel and people enquiring about how he is.

He was trying to be helpful and she didn't take offence, in fact she found it hilarious how he would just slip it into conversations because he's very shy and a bit socially awkward. They could be just having a conversation and he'd say "Diabetes is forever you know," (actually one type is and one type isn't so it isn't factually correct which also makes us giggle).

It has become such a family joke that even sometimes when we say goodbye we end it off with a "Diabetes is forever!" (it does prompt some odd looks from strangers that overhear this exchange).

So tell me Dear Reader, do you have any funny family sayings? Who is the comedian in your family? And do you like scones? 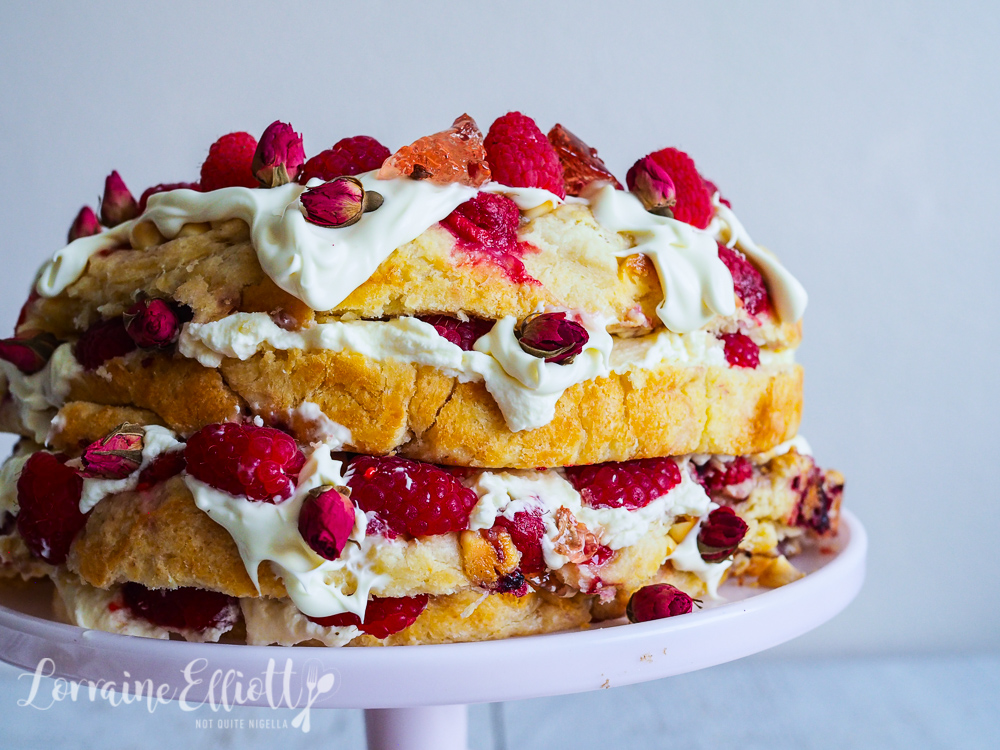 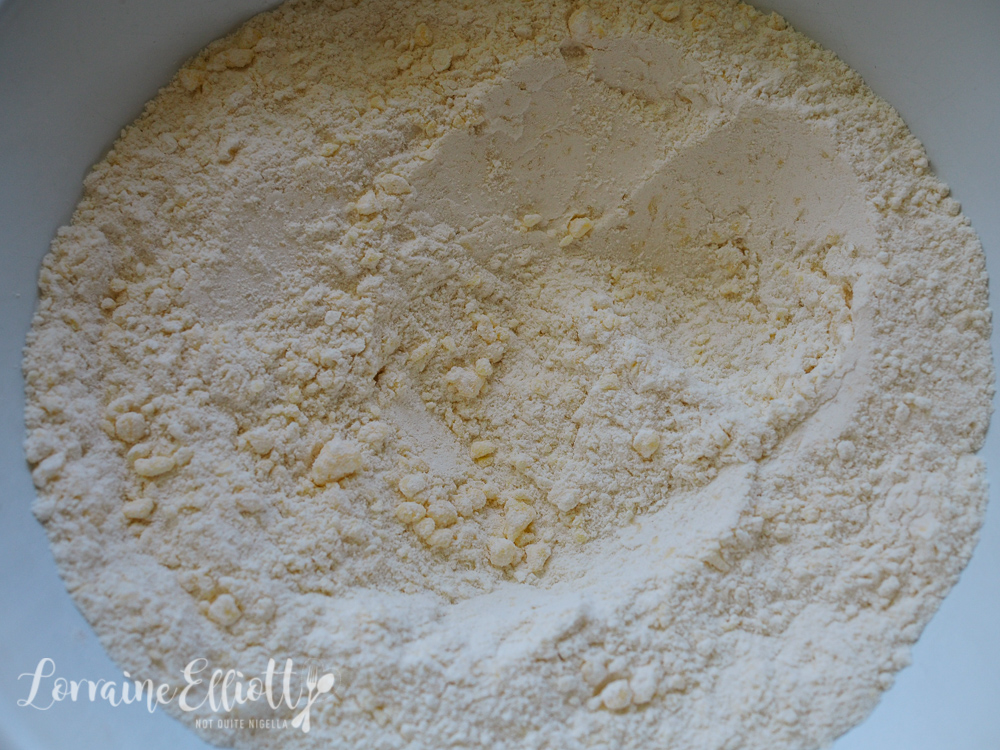 Step 2 - You can do this by hand but I don't because I am lazy. I pulsed the bread flour, baking powder, salt and butter cubes in a food processor until they became like fine-ish crumbs. I then emptied this into a large bowl. Mix the buttermilk with the vanilla and then combine this with the flour mix until you get a bit of a shaggy texture mixture. 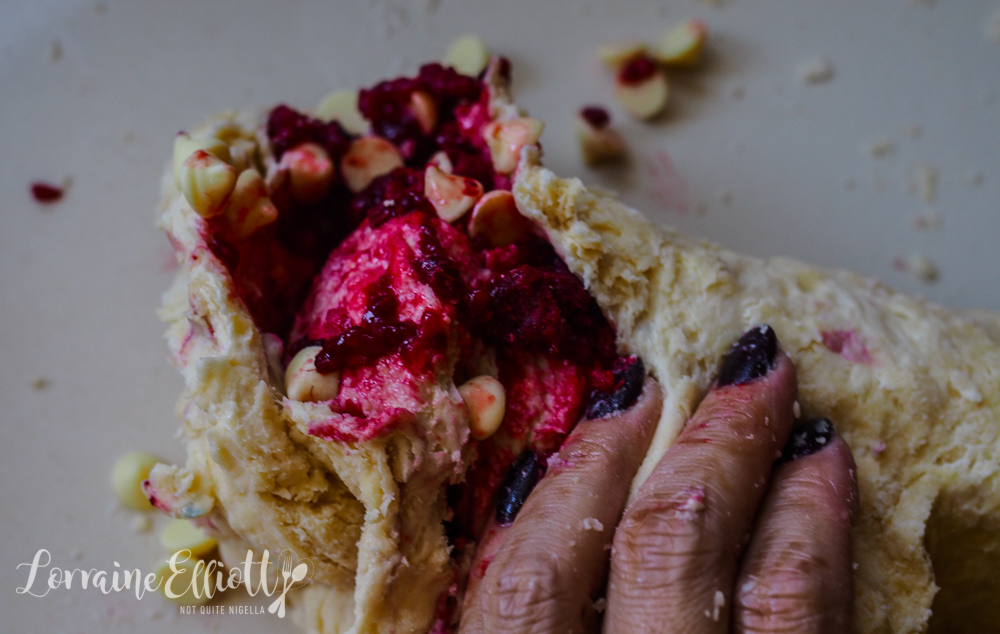 Step 3 - Divide into two lots and knead one lightly for a few seconds until it comes together (do not overknead). Roll out and top with half the frozen raspberries and chocolate chips and knead until you get a slightly streaky dough and shape into a ball and flatten and place in one of the tins. Repeat with the remaining dough half with raspberries and white chocolate. Brush with egg and then scatter additional lot of choc chips and fresh raspberries on top. Bake for 40 minutes. Allow to cool completely. Then slice in half horizontally. 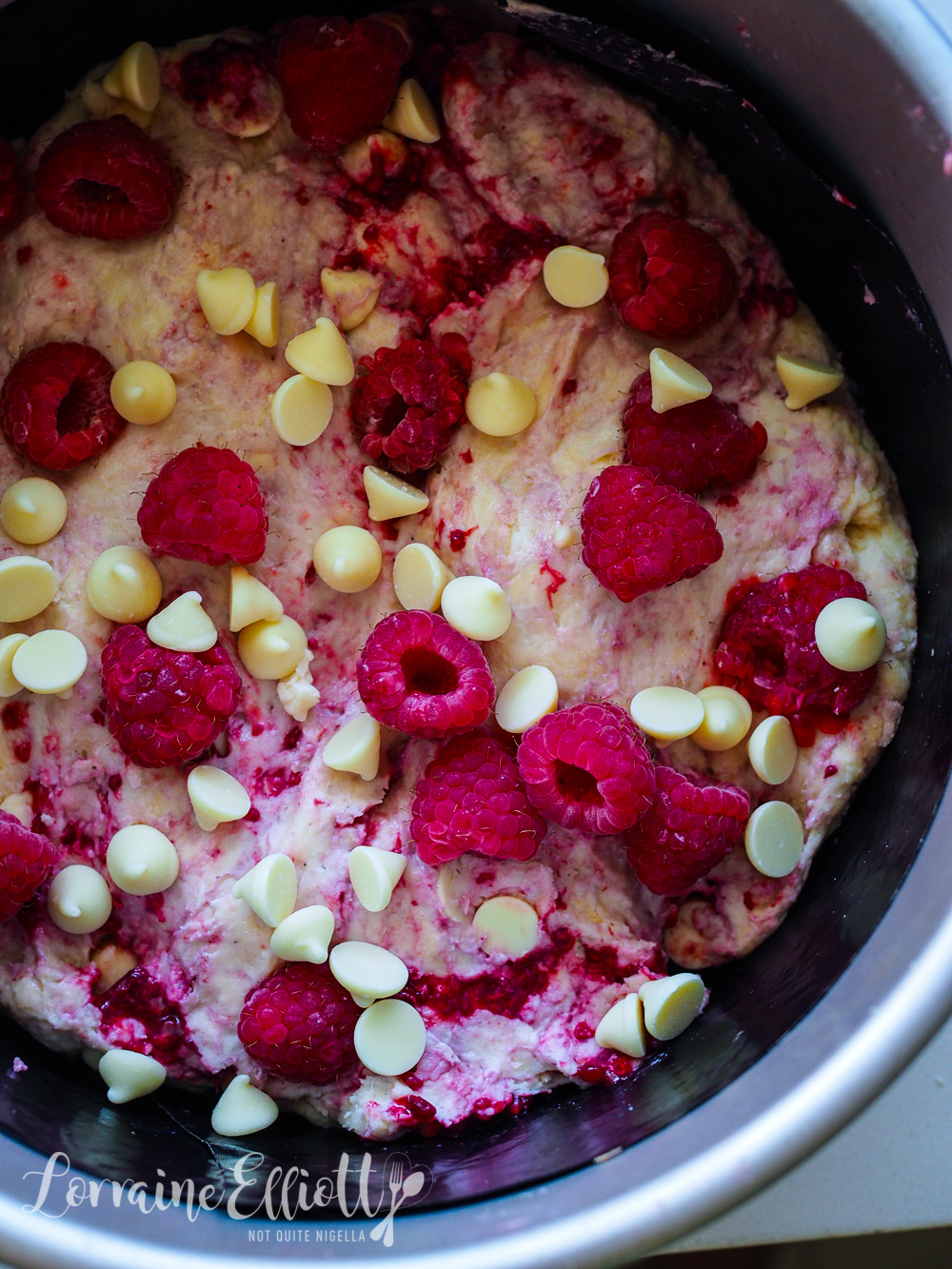 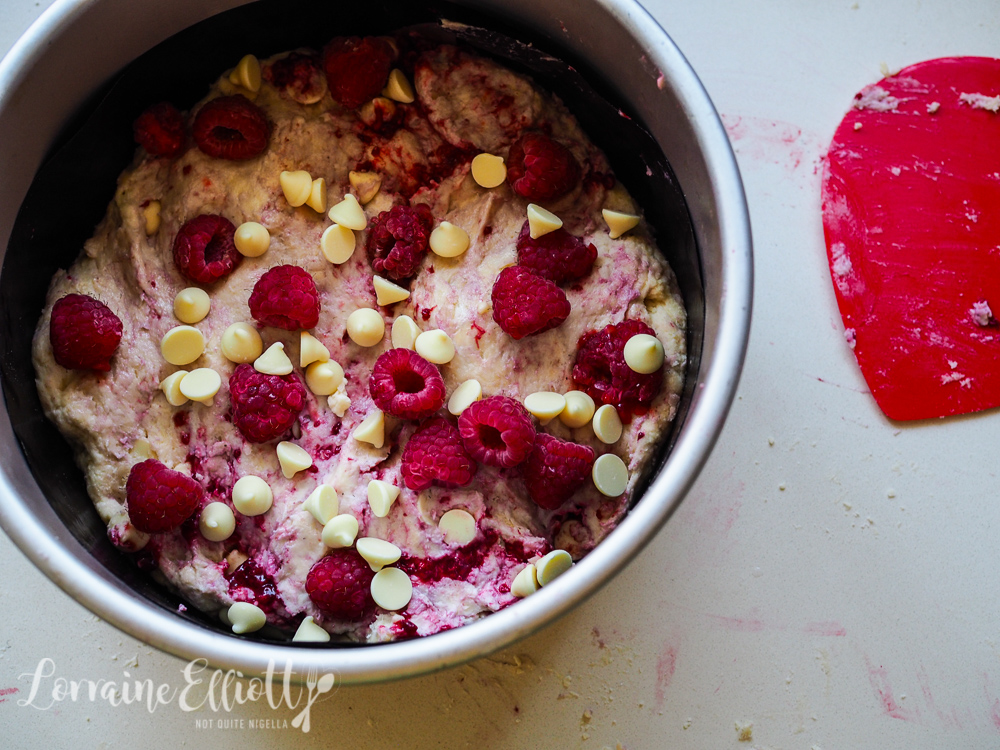 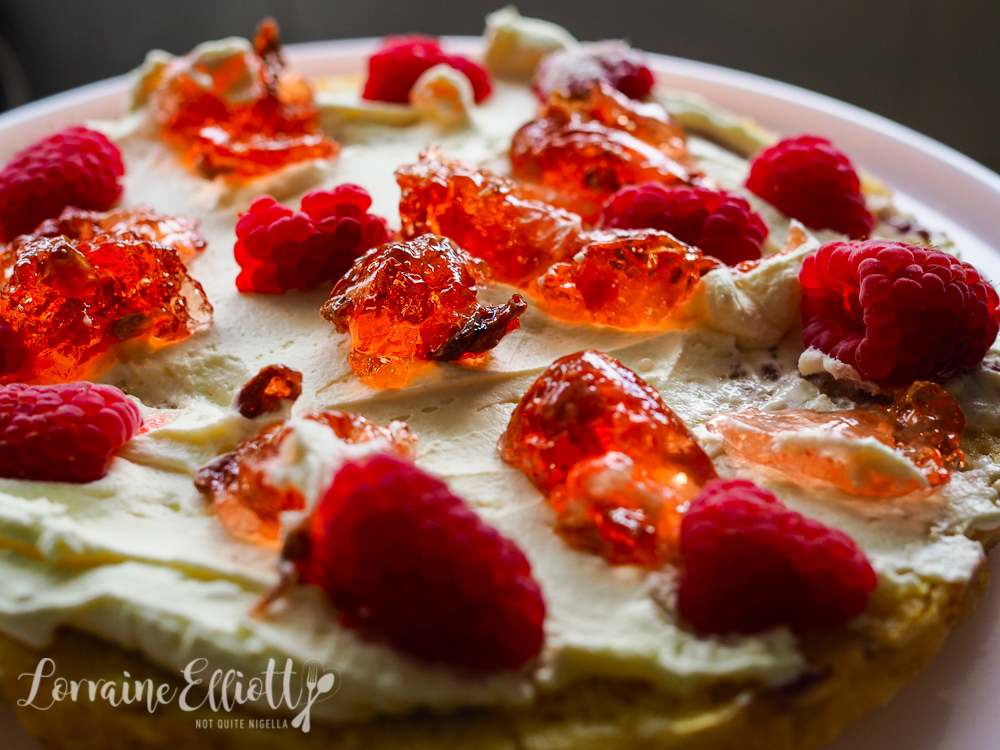