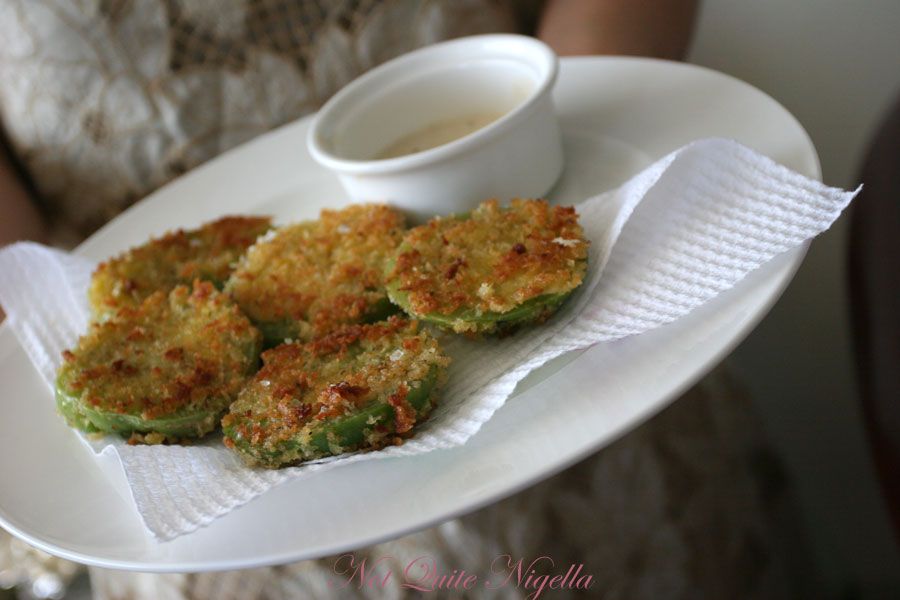 My sister in law has a fabulous organic garden and whilst she doesn't live quite close by enough to pop in regularly and avail ourselves of the fabulous produce and herbs, when we do see her she inevitably and generously offers us the best of her garden including her first huge sunflower. I however was more interested in something else that grew in her garden, the green tomatoes. I have never seen them in the stores ever and have been intrigued, not just because of the film Fried Green Tomatoes (I have yet to watch it!) but also because I had heard that they were delicious. 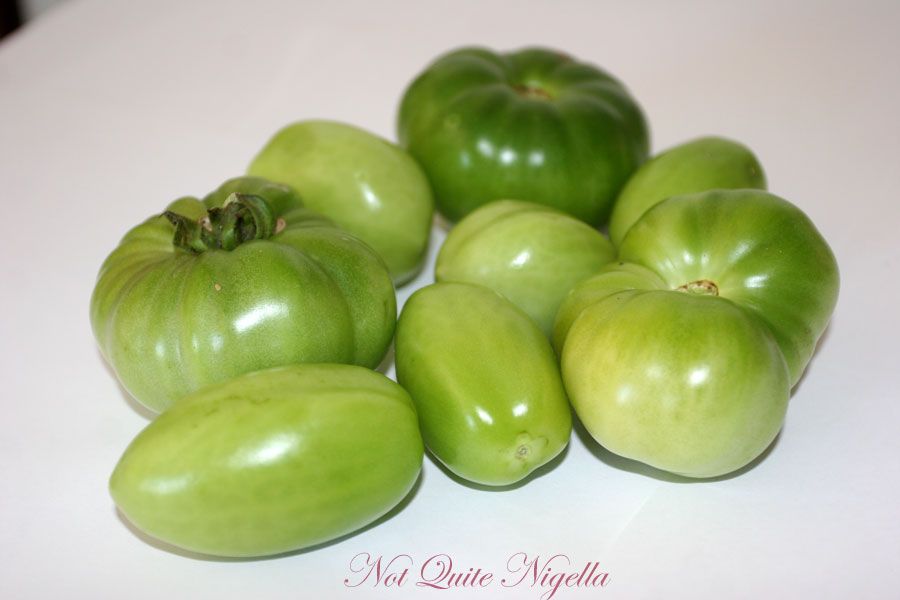 I found a recipe online from the original book Fried Green Tomatoes by Fannie Flagg. I used panko breadcrumbs as they were the only ones I had and tried making them using bacon fat and also using grapeseed oil as I didn't have a lot of bacon fat, the bacon fat ones were obviously tastier if not cardiacally sound. The milk gravy is definitely something that enhances it and is essentially a roux sauce. The dish in unusual, but a definite winner and if you're growing tomatoes and finding that your regular tomatoes just aren't good enough to eat raw or in a salad, this is a great way to serve them. 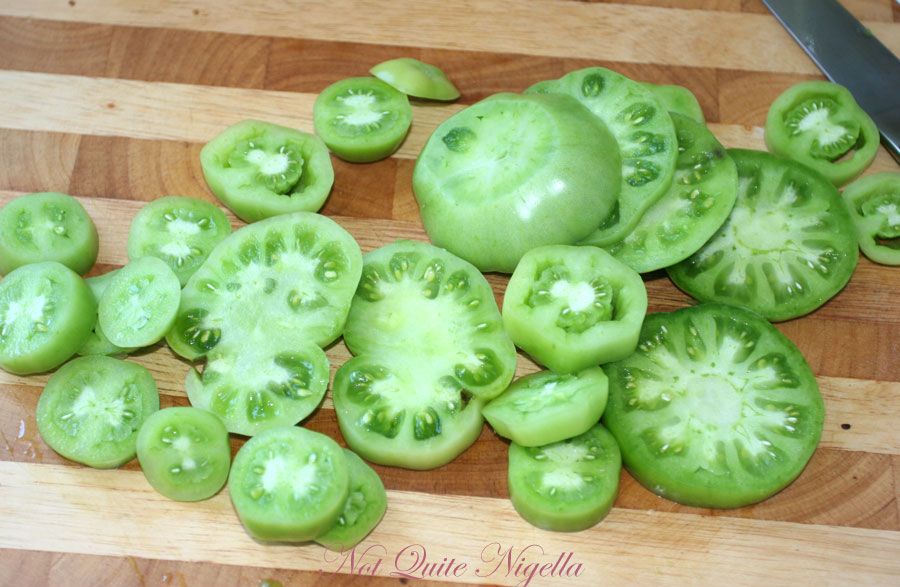 Step 1 - Heat your bacon grease in a heavy frying pan. Dip tomatoes in eggs, then in bread crumbs. Slowly fry them in the bacon grease until golden brown on both sides. Put your tomatoes on a plate.

Step 2 - For each tablespoon of grease left in the pan, stir in one tablespoon of flour and blend well; then stir in one cup warm milk and cook until thickened, stirring constantly. Add salt and pepper till you like it.

Step 3 - Pour over the tomatoes and serve hot.

The best there is.

From the book "Fried Green Tomatoes" by Fannie Flagg 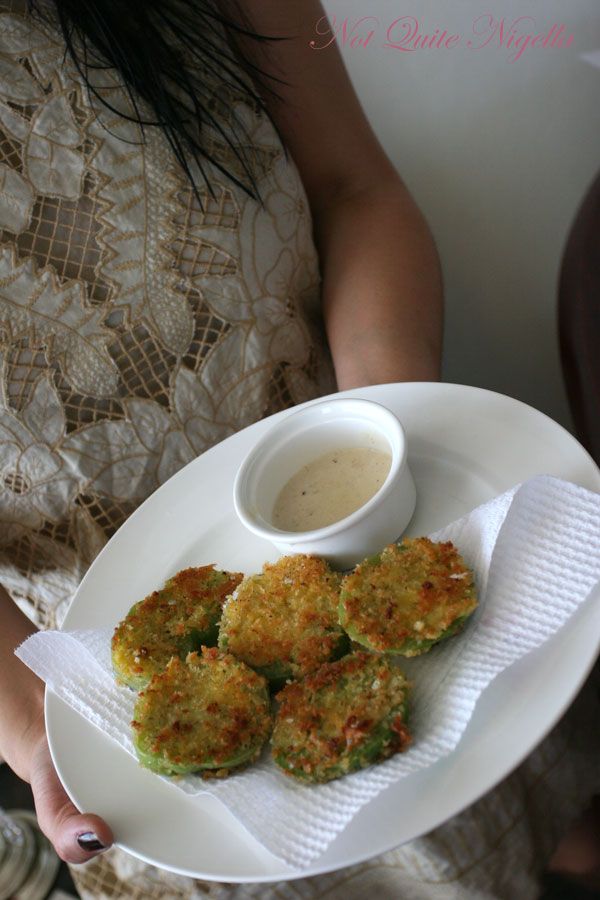