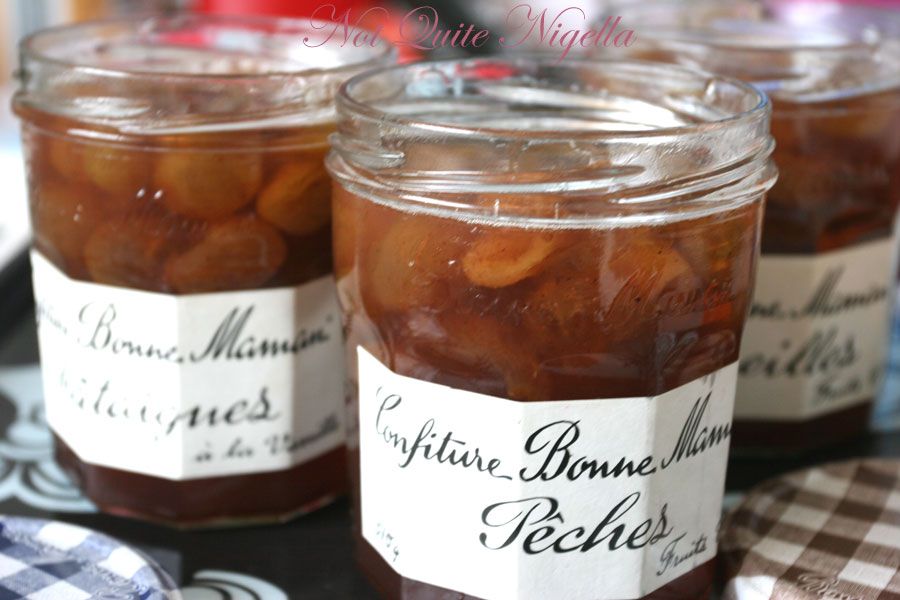 I've never made jam before but I've eaten plenty of it and somehow this has deluded me into thinking that I can actually give this a go. The recipe from Sean Moran's Let It Simmer (he of Sean's Panorama restaurant in Bondi). White seedless grapes are a great buy now and he specifies using thick skinned, early season grapes that have just ripened as they have more pectin to help them set. However he does warn that a batch is usually quite runny, making more of an appearance as an ice cream sauce than a jam. Grapes don't have much pectin in them so you can either add some in or leave it liquidey (and believe, me, it is rather liquidey).

As it is quite runny you can do a few things with this: 1) Make a grape gelato out of it by adding water or 2) Make a spiced grape ice cream by folding it through vanilla ice cream (as he suggests in the recipe) 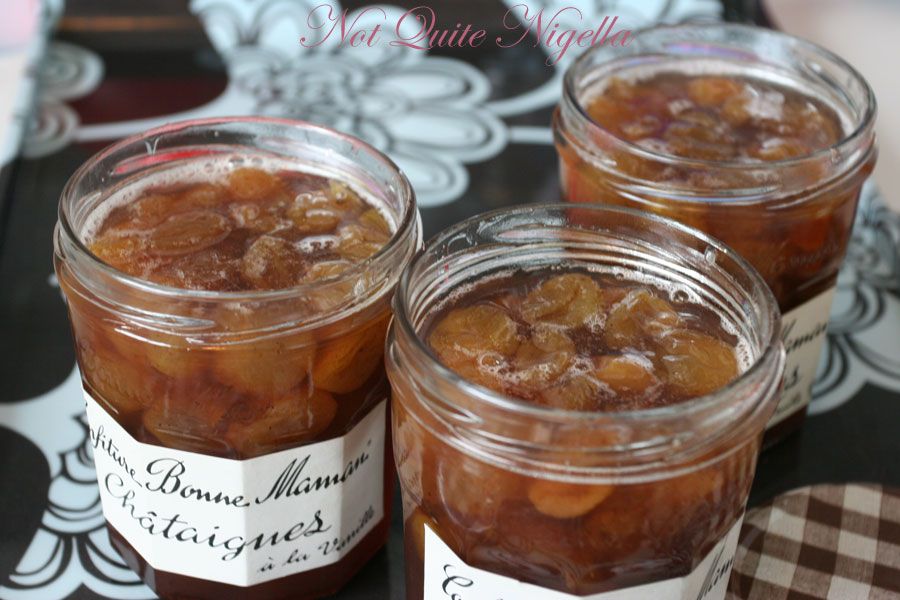 Spiced Grape Jam by Sean Moran from Let it simmer

Step 1 - Pick grapes off stalks and wash well. Put grapes into a preserving pan with water, mixed spice and lemon zest and juice. Simmer slowly, stirring frequently, for about 10 minutes (the grapes will release quite a bit of juice) 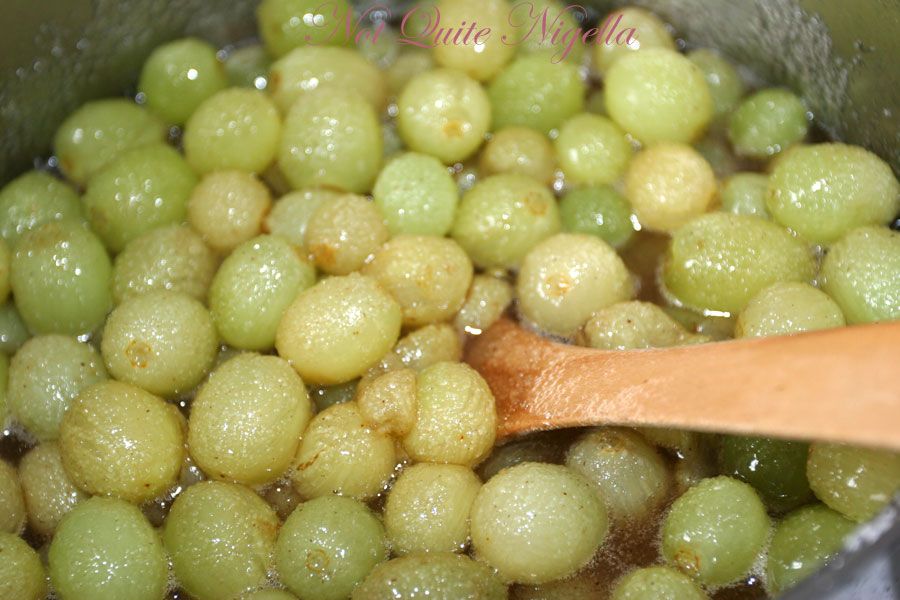 Step 2 - Add sugar, stirring constantly until dissolved then boil rapidly until setting point (or thick honey like consistency is reached-wrinkle test after about 10 minutes).

Step 3 - Rest the pan for about 20 minutes for even fruit distribution, then stir preserve before storing in warm, sterilised jars (put jars and lids upright in hot oven for 5 minutes on a baking tray. You can pour the jam in and the baking tray will catch will catch any drops).

From Let it Simmer by Sean Moran 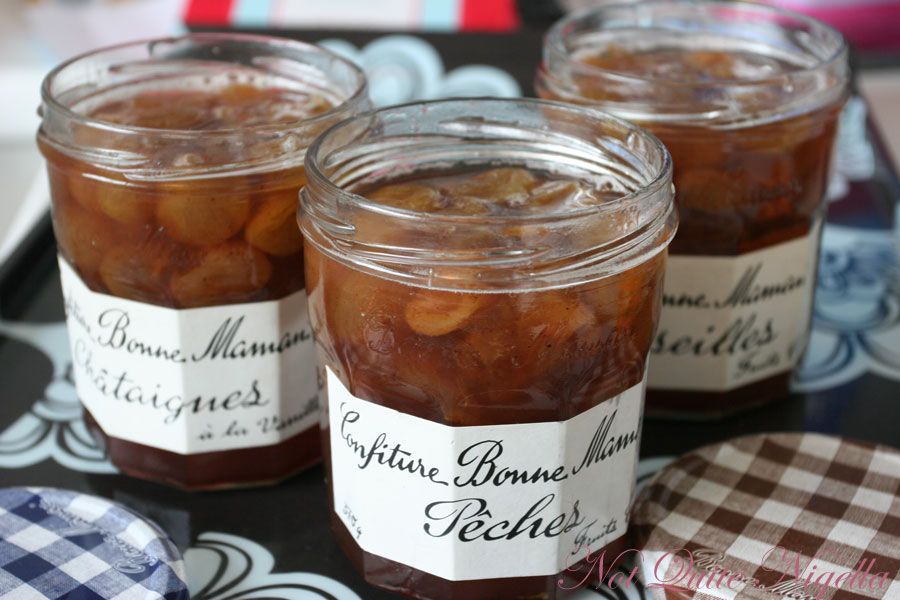