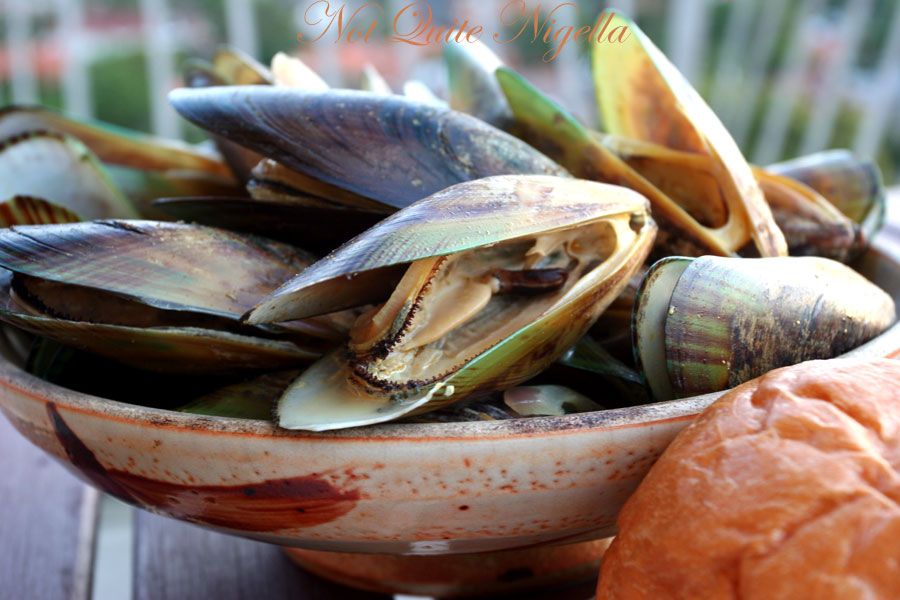 This has got the be one of the easiest but most gratifying dishes from Nigella Express. With a sum cooking time of 3 minutes (ok you could add on 2-3 minutes for getting the mixture to a boil) it will make a seafood chef out of the most reluctant cook.

I don't want to mislead though, there is some time necessary for preparing the mussels. Firstly I rinsed them several times in clean cold water and debearding them and removing the barnacles was something that I found oddly therapeutic. I didn't "knock them off" as Nigella said with the back of a short sharp knife as the barnacles were more flat than raised, rather I scraped the shells with a short sharp knife which seemed to do the job. 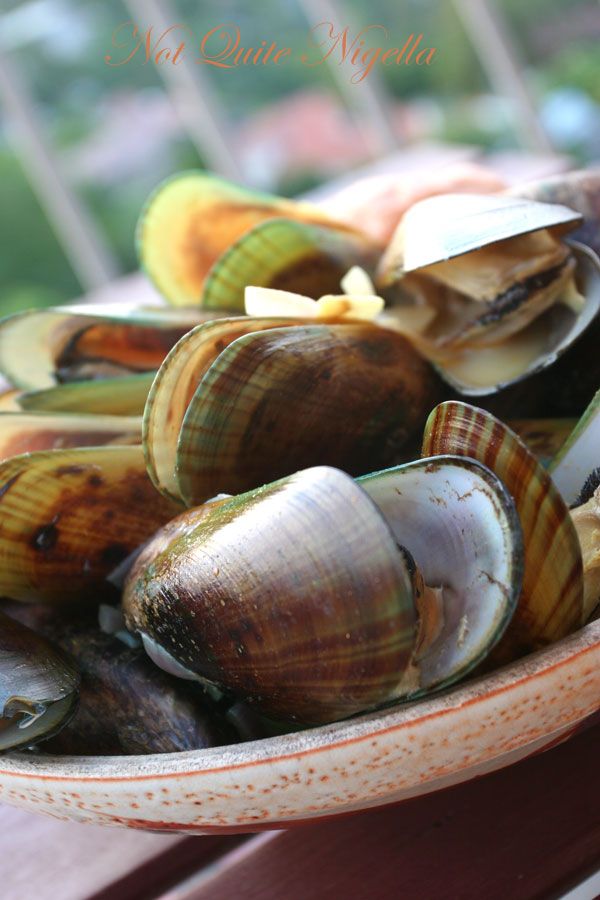 As I used spanish onions, I started off by sauteeing them lightly in butter and oil along with the garlic and then added the curry powder before adding in the white wine and bringing that to a boil. After that I added the mussels and it was 3 minutes with a bit of pot shaking (also therapeutic, simply imagine you were throttling or shaking about an annoying colleague) and it was done. And if you're more organised than me, have some gorgeously crunchy Sourdough at the ready to mop up the briney, fragrant soup. 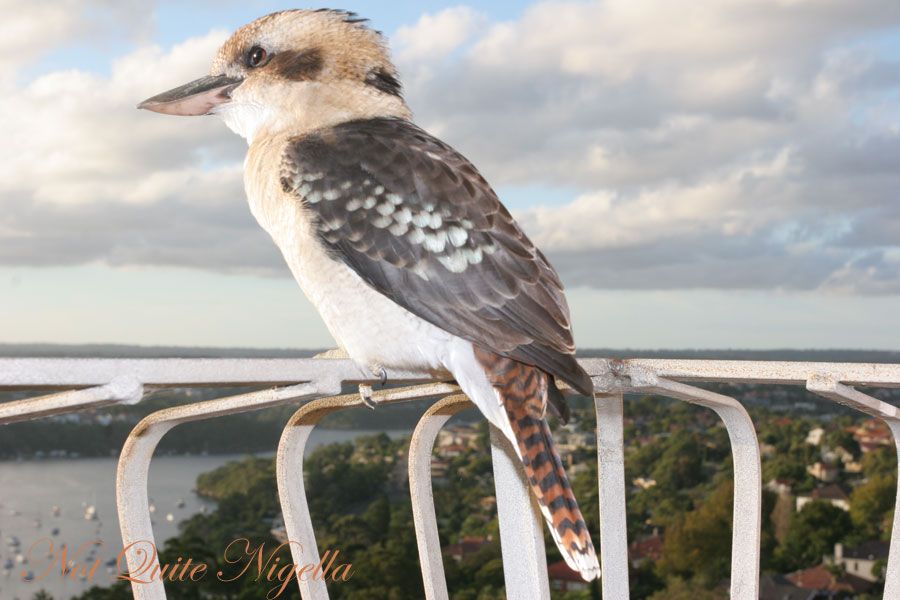 I leave you with a photograph of a kookaburra on our balcony, taken by my husband. Perhaps it was lured by the sweet smell of the Mouclade!

Step 1 - Soak the mussels in some clean, cold water and -if they haven't been dealt with in the shop-sort through them, debearding and knocking off any barnacles with the back of a small knife

Step 3 - Tip the mussels into a colander, discarding any that haven't closed and tumble the rest into the pan, clamp on the lid and cook on a high heat for about 3 minutes. Shake the pan around as they are cooking.

Step 4 - When you lift the lid, the mussels should have fully opened. Discard any that haven't. Add the double cream, and then turn into a bowl to serve, or take the pan straight to the table. Remember to put out a bowl for the shells.