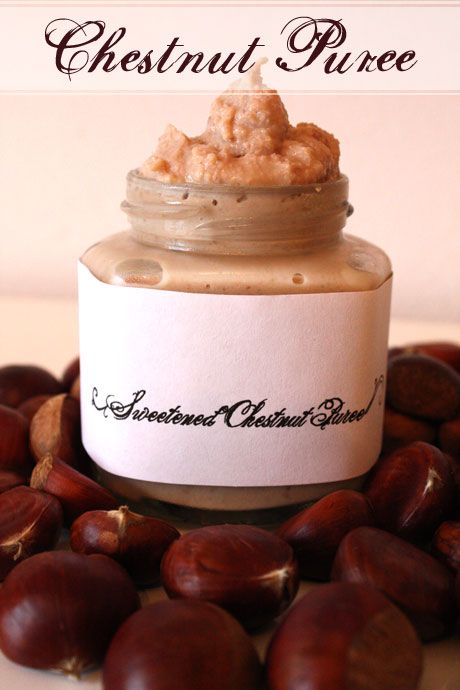 Sweetened Chestnut Puree is one of those wickedly delicious things that you shouldn't really be eating by the spoonful from the jar but its sheer deliciousness beckons you to, much like peanut butter, nutella and morello cherry jam. As chestnuts are in season, I saw them for $3 a kilo but since I didn't actually know what to do with them, I only bought 1/4 a kilo. I set about making one of my favourite things, the sweetened chestnut puree as I had in mind to make Nigella's Chocolate Chestnut refrigerator cake in mini dariole form sometime in the near future. 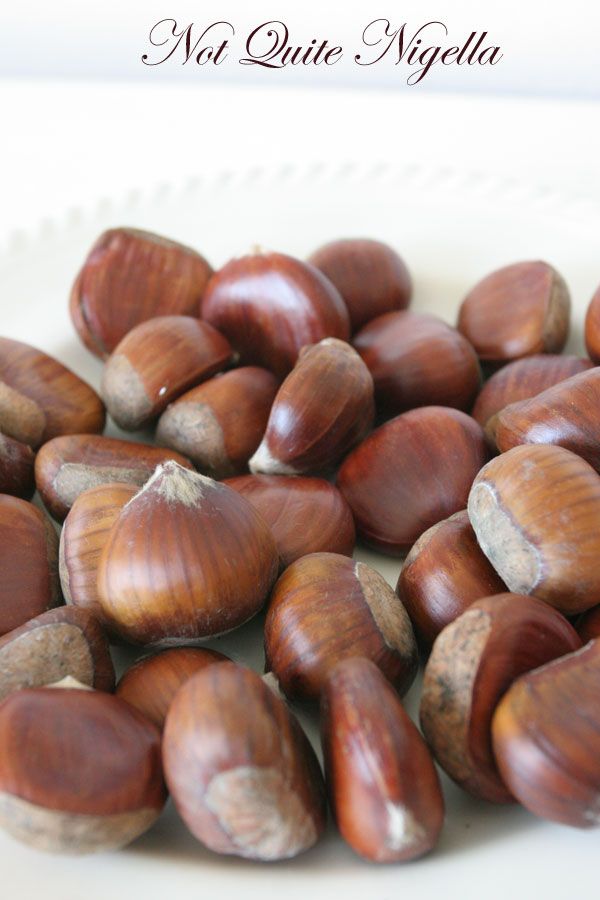 A word of warning, as I learnt the hard way, peeling chestnuts will ruin your nails and is tedious work. The first recipe I found told me to cut the "round" part of the chestnut before baking but I mistook this for the curved area, what they actually mean is the round _base _of the chestnut. I only wondered if they meant this when I was almost done making an incision through most of them so I tried cutting the base and the ones I did this to were infinitely easier to peel with the troublesome skin peeling away easily. Also you will want to cut an "X" to ensure that it peels without taking most of your nail polish along with it. Another alternative way with chestnuts is to cut them in half with a large knife and cook them in boiling water for 8 minutes and then dunk them in cold water straight afterwards to remove the hard-to-remove membrane. I found this slightly easier to remove them although the taste was slightly different, it was more muted. 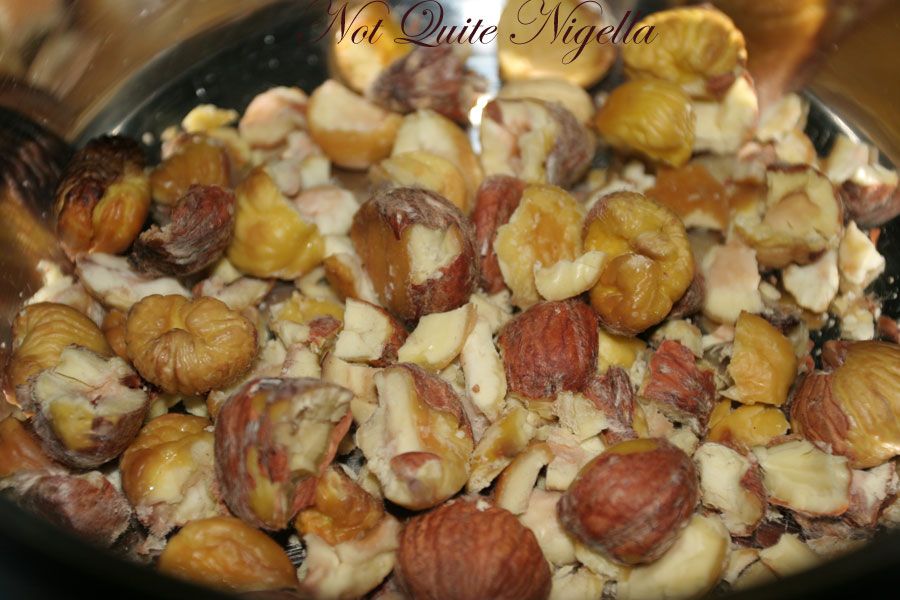 If you can't be bothered with the palava of making your own sweetened chestnut puree, and believe me, half way through I realised how truly demented it was when you can buy it tinned without ruining your nails, even simply roasting them is rewardingly good. They're naturally sweet as they are so snacking on these gorgeous little morsels with a hot cocoa is a lovely wintertime experience.

Step 1 - Shell chestnuts by making an "X" incision only in the bottom round portion of each nut.

Step 2 - Place the chestnuts on a baking tray in a small amount of water and bake at 240c for 8 to 10 minutes. Let cool. *Stop here if you're just eating roasted chestnuts and peel these in front of watching some sinfully so-bad-it's-good television. * 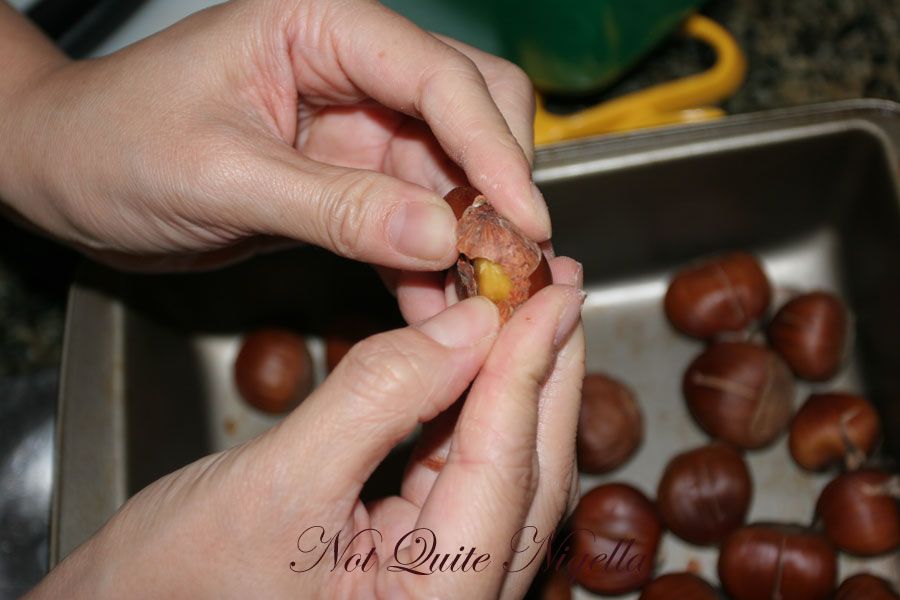 Step 4 - Remove the skins and discard 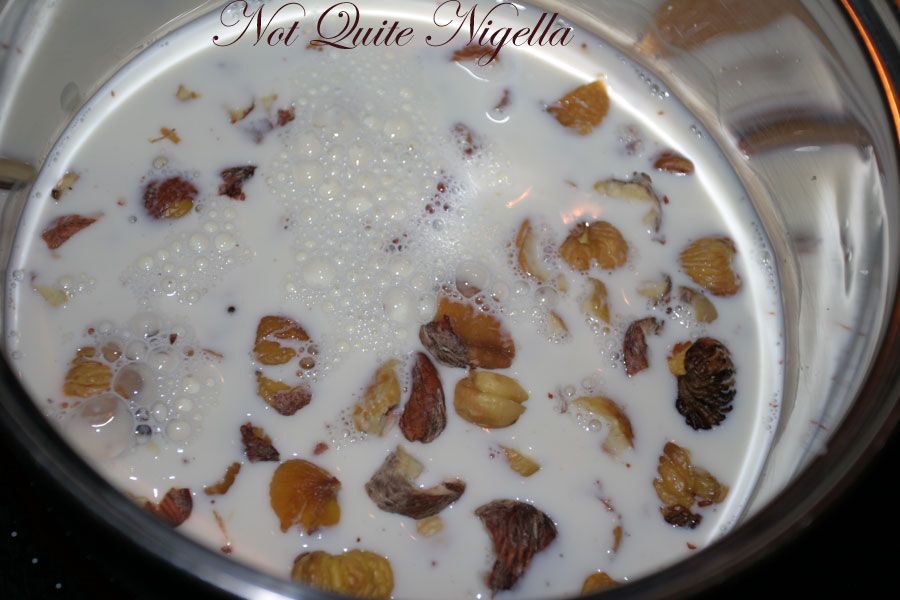 Step 5 - Place the chestnuts, 2 cups of the milk and vanilla bean in a saucepan and heat to simmering.

Step 6 - Simmer until all liquid has evaporated and chestnuts are tender.

Step 7 - Add last 1/2 cup of milk and sugar and heat to dissolve sugar but do not evaporate. 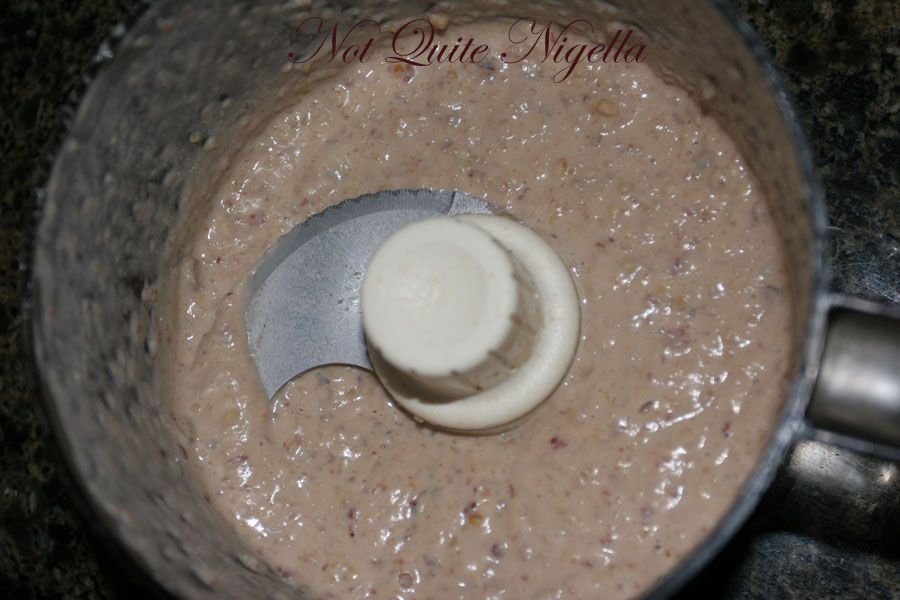 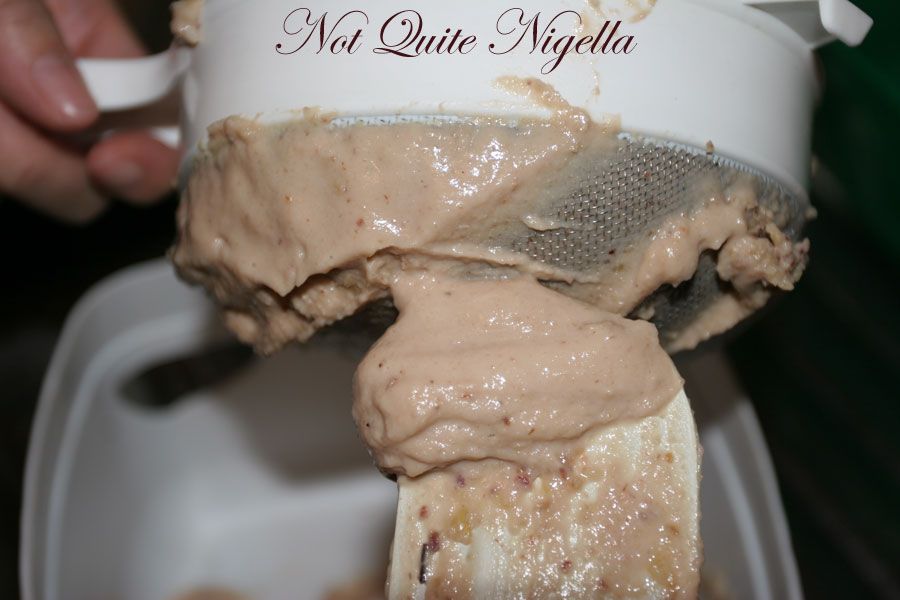 Step 9 - Rub the chestnuts through a sieve to puree.