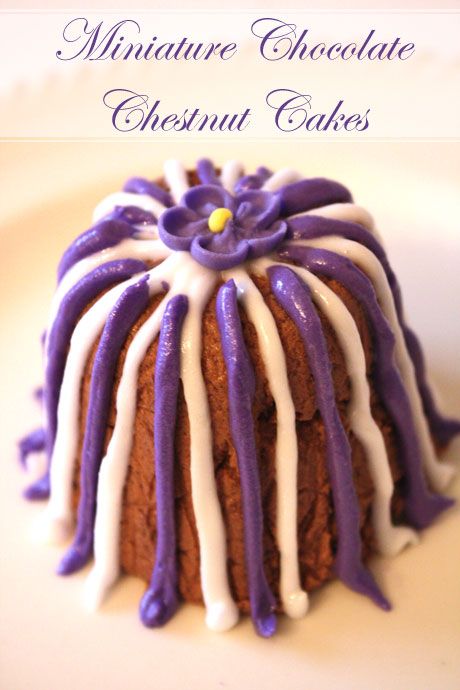 I promise you that this recipe will appeal to those who love a bit of indulgence. Those wonderful souls who don't think twice about calories and think more about taste. This recipe will also appeal to those that like easy recipes, after all, this one only has 4 ingredients and they're all easily obtained (ok perhaps not the chestnut puree, but this is available at pretty much all delis). I made this years ago for my husband's birthday and served it with double chocolate ice cream. However this was a mistake. The cake itself was so rich and the ice cream made it even richer. I could only finish 1/2 a slice. So I thought that perhaps this time, I would make a smaller, more portable version. 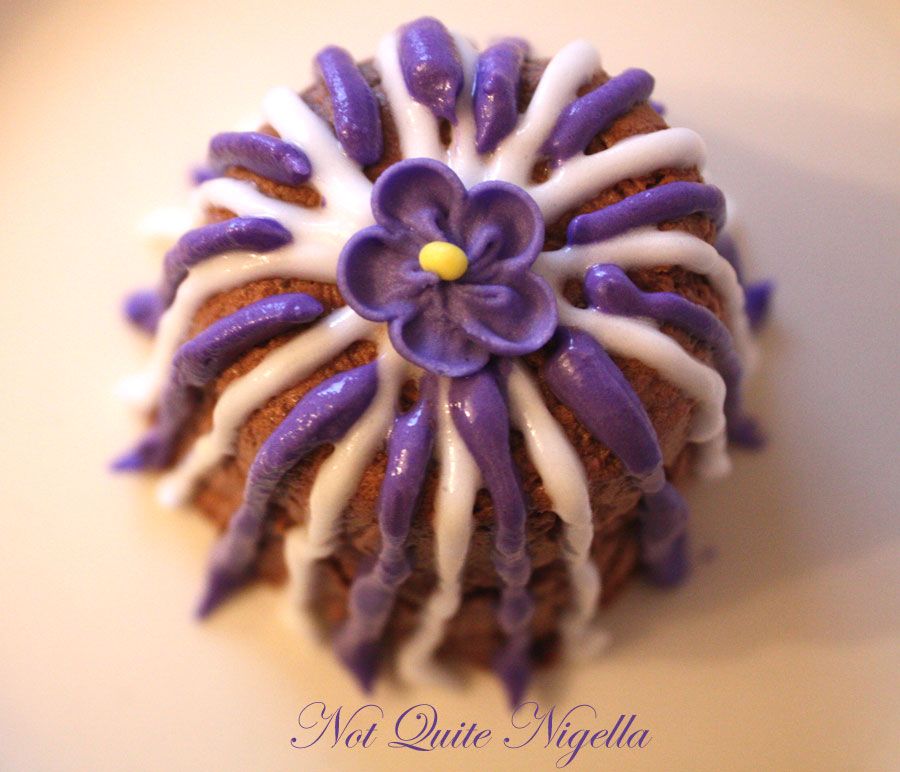 Nigella recommends crystallised violets but as they're $20 for a tiny bag for a smashed up lot of them I declined. She has Charles Saatchi to keep her in crystallised violets. I used a violet coloured flowers instead. The idea I had of adding fondant to the cakes worked well in theory and is fine if you're just about to serve them but after a while the fondant starts to disintegrate and melt and the whole thing looks very Dali-esque. So whilst a violet flower on top would serve you well, the fondant if not serving immediately (and who would be piping a cake when guests are over aside from me?) is not ideal. Go instead with some cream for a luxurious Mont Blanc homage. 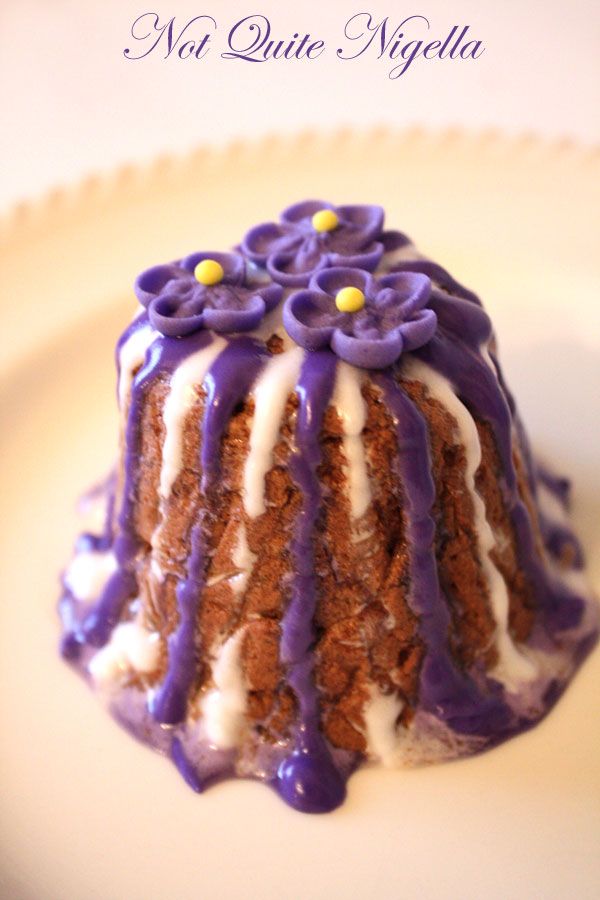 Melting fondant-not what you want!

Step 1 - Beat the puree in a bowl until its smooth and then add the butter, beating again to make a well-blended mixture.

Step 2 - Melt the chocolate and let it cool slightly, before adding it to the chestnut and butter in the bowl. Beat in the rum, and spoon and chocolate mixture into a 23 x 10cm loaf tin or 8 dariole moulds, lined with cling film, in two batches, making sure the first layer reaches the corners and sides of the bottom of the tin before you smooth over the rest. Wrap the over hanging clingfim over the cake so that it is completely covered, and put it in the fridge to set for at least four hours, but a day or so in advance if you want.

Step 3 - Dont take the tin out of the fridge until you want to eat it, when you just unmould the cake, cut it into thin slices and serve with crème fraiche or sour cream. Using cling wrap is much easier for unmoulding the dariole moulds but you do get the wrinkles on the outside which may or may not be a concern to you, especially if you pour some lovely luscious cream over it to create your own Mont Blanc. 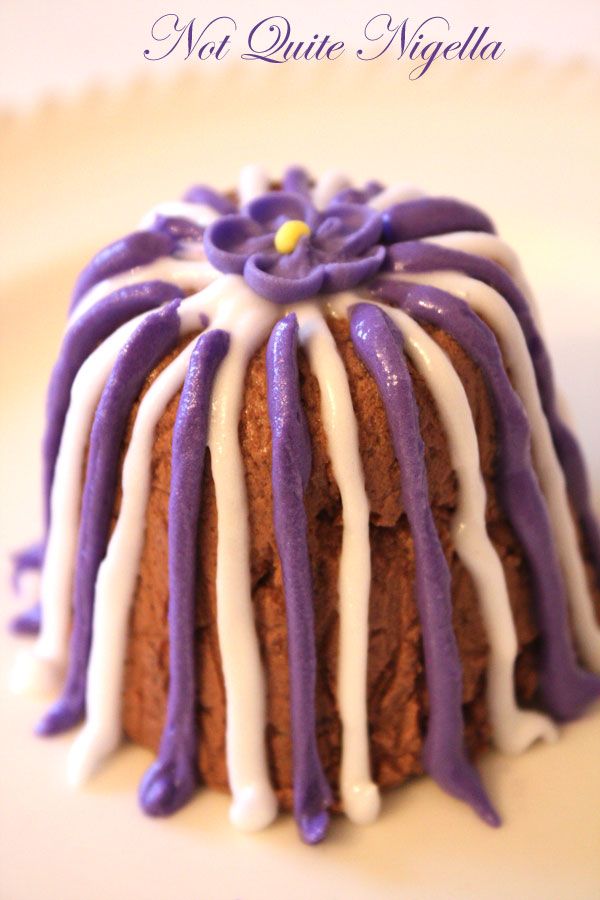