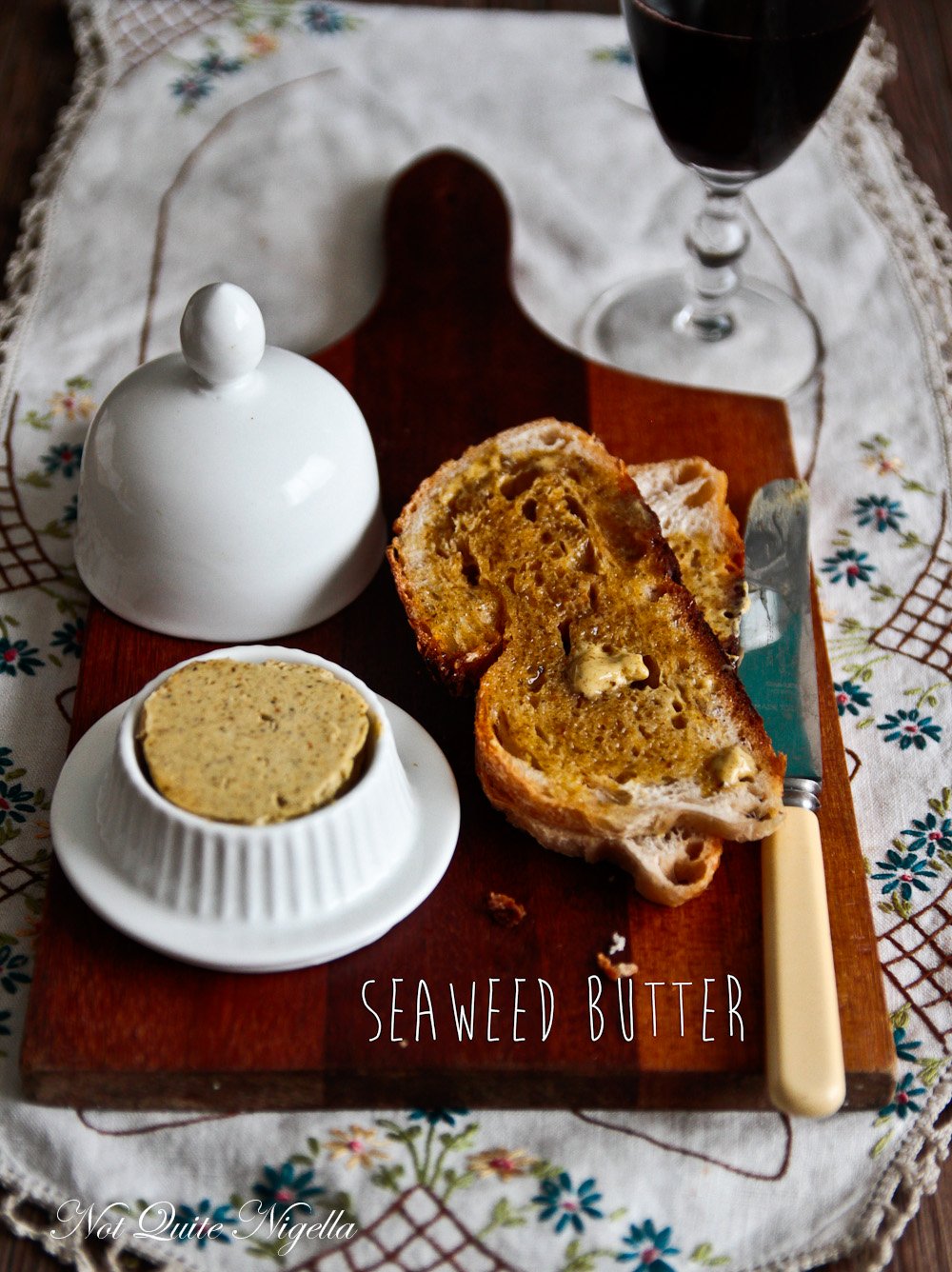 The thing about being married to a man who never had a television growing up is that when I tell him about childhood television shows, he looks at me as if I were bonkers. One television show that I used to love was called Sigmund and the Sea Monsters. I don't especially remember the plot but I do remember that Sigmund was a friendly looking monster covered in seaweed and that he and his sea monster friends lived in a cave.

As someone that feared the water, I clung onto any notion that underwater creatures were friendly. I described the monster to Mr NQN following this with my off key rendition of the theme song and offered to find a youtube video of it. He declined and in turn, I lost myself in a youtube vortex of sea monsters and other retro shows. 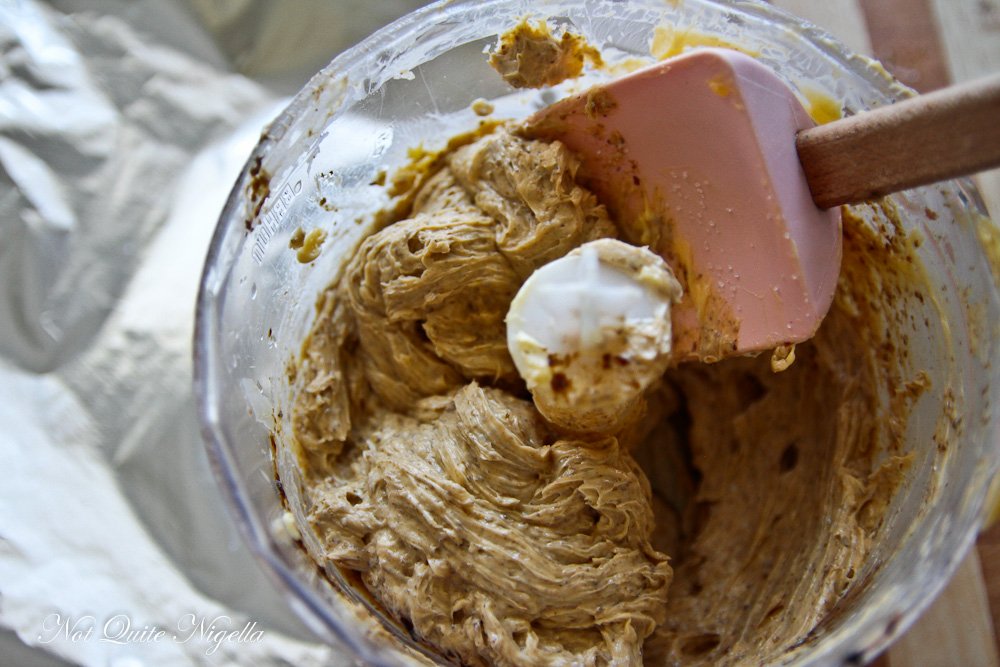 Speaking of seaweed monsters, I actually became one in person. I should explain. I first tried seaweed butter at the now defunct restaurant Maze in Melbourne where my friend Nic and I virtually hijacked the bread basket and the seaweed butter. We gorged on the seaweed buttered bread without restraint or thought as to the upcoming courses. It was that good.

Seaweed butter is a distant cousin of Vegemite but it's for those of us that can't eat a lot of Vegemite or find it too strong. To me it has the perfect synergy between salty and creamy, that divine point where your tongue craves more, your mouth waters and your mind submits. It is completely about umami, that delicious savoury flavour or fifth taste. Kombu seaweed was one of the first items in which the umami flavour was detected. 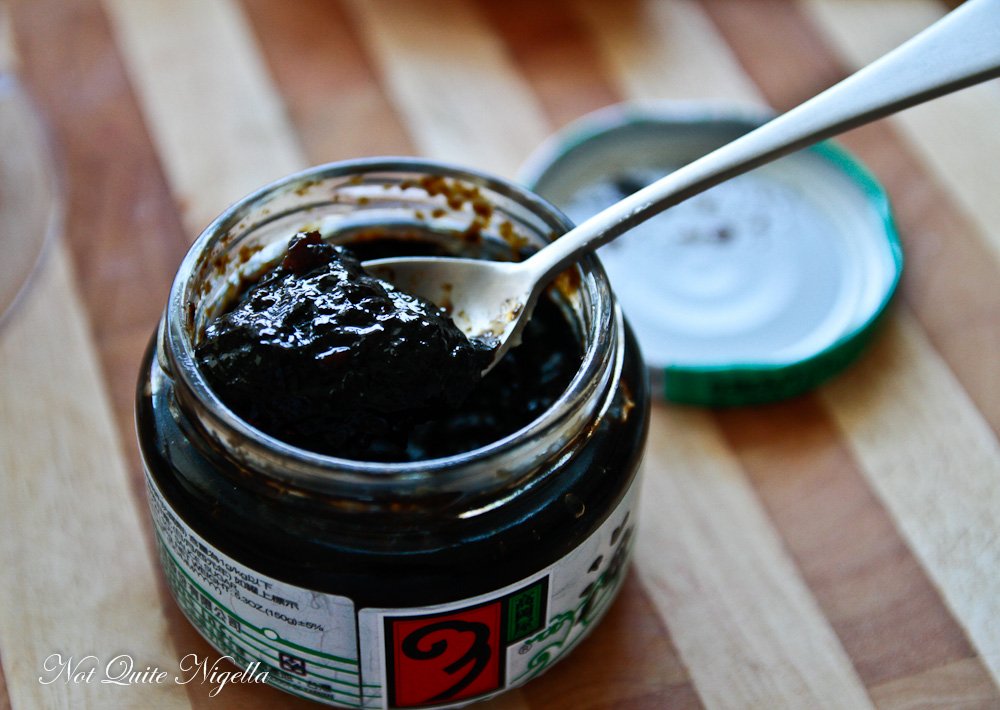 Best of all seaweed butter is a cinch to make and only has three ingredients with butter, seaweed paste and sugar. I will admit I've tried this on grilled fish where I thought that it would be brilliant but I preferred this plain on bread. I've been using it on Mr NQN's sandwiches for work and he loves it. It is brilliant on a plain chicken sandwich but mostly I use it on plain, good crusty bread and that's all I need for dinner.

So tell me Dear Reader, have you ever tried seaweed butter? And do you usually eat the bread given at dinner or do you save your stomach space and calories for the main meals? 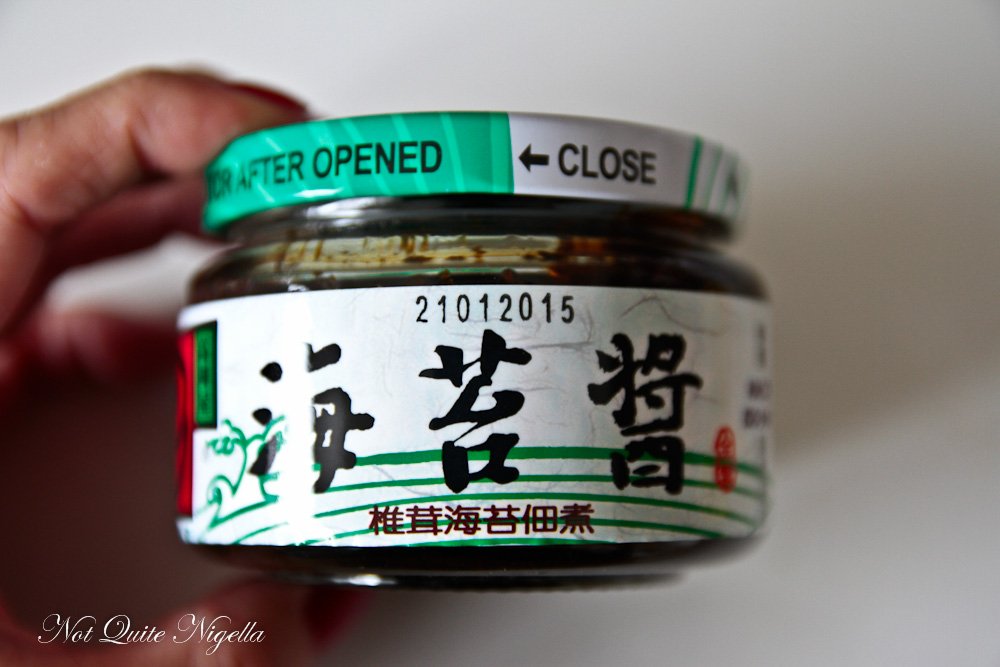 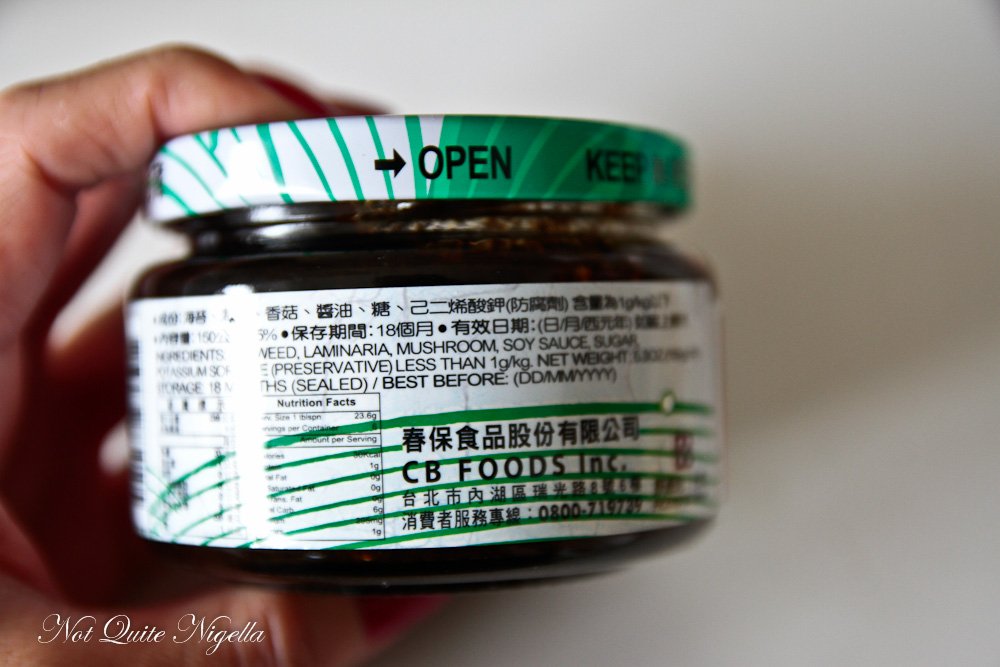 Buyer's tip: Seaweed paste can be found at Asian grocery stores in the Japanese section, usually near the nori sheets. It is around $5 a jar. 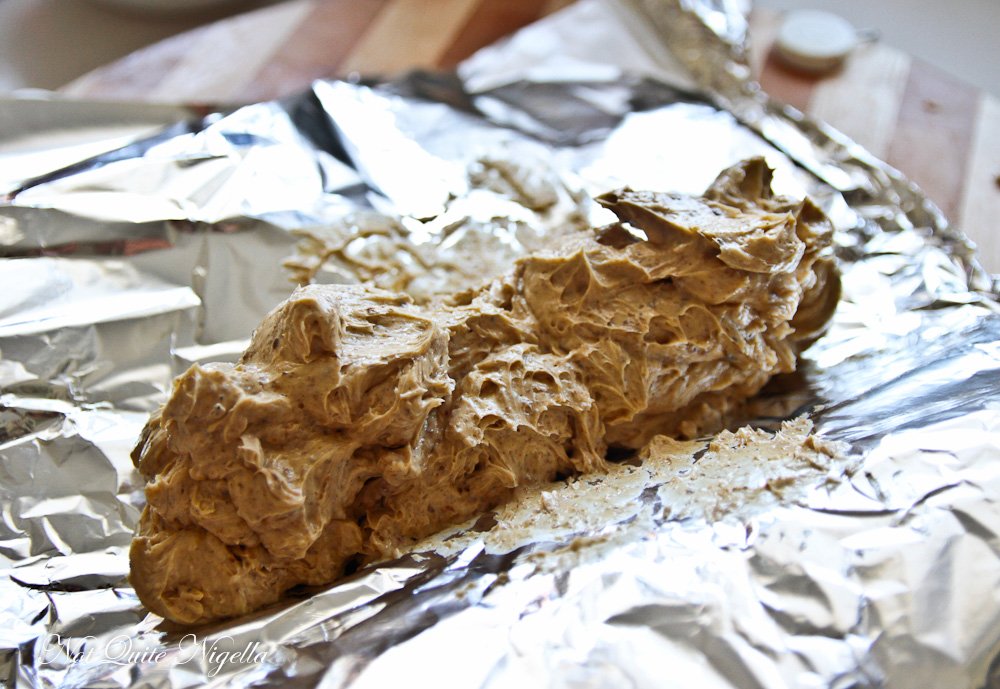 This picture looks terrible and dodgy at the same time...

Step 1 - Place the butter, seaweed paste and sugar in a processor and blend together. Scoop out onto a sheet of foil and roll it up to form a butter log. Store in the fridge. 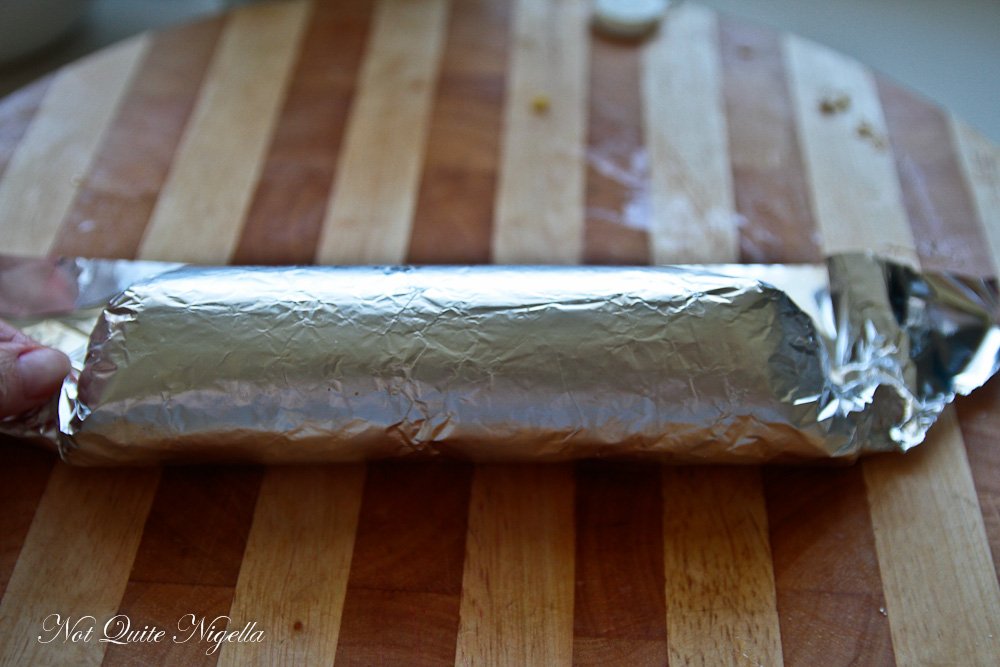