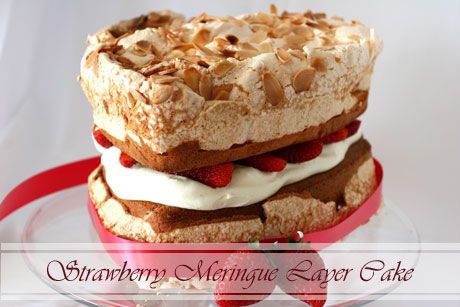 Someone stop me. Stop me from using these heart cake pans again. I am addicted to using these tins and even though the recipe below specifies to use round springforms, I took them out, then took out my heart pans and well you can see which ones I chose to use. I did warn you that I was obsessed with hearts so I feel that did pre-warn you of my sickness ;) 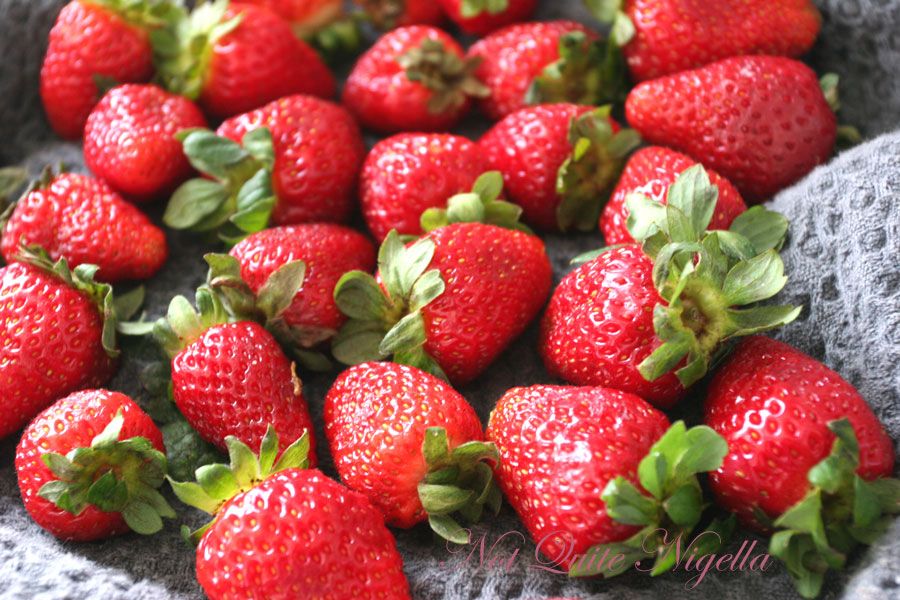 They were shallower than regular springforms so I had to make sure to put some high barrier baking paper on he sides and of course, removing them was not as easy requiring a delicate touch, which I almost certainly don't have. Strawberries and cream is a wonderful combination, I could easily every day for dessert (or lunch or afternoon tea). I confess though, that I liked the meringue, strawberries and cream best and the sponge, whilst nice and vanilla-ey, was more an easy and decorous way of transporting this combination to my hungry mouth. 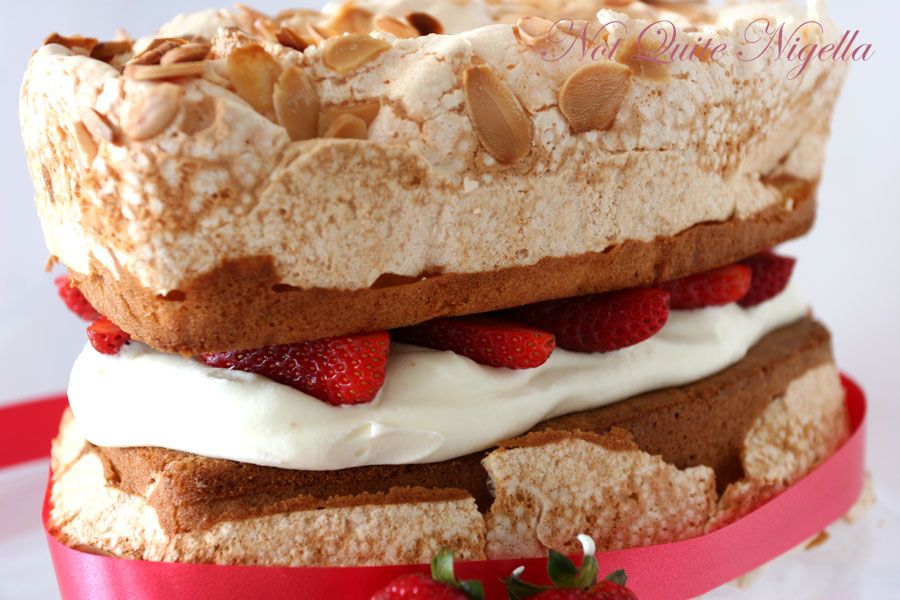 Step 2 - Weigh out the flour, cornflour and baking powder into a bowl.

Step 3 - Cream the butter and 100g of the caster sugar in another bowl until light and fluffy.

Separate the eggs and beat the yolks into the butter and sugar, saving the whites to whisk later. Gently fold in the weighed-out dry ingredients, add the vanilla, then sir in the milk to thin the batter. Divide the mixture between the two prepared springform tins.

Step 4 - Whisk the egg whites until soft peaks form, then gradually add the remaining 200g caster sugar. Spread a layer of meringue on top of the sponge batter in each tin and sprinkle the almonds evenly over.

Step 5 - Bake for 30-35 mins, by which time the top of the almond-scattered meringues will be a dark gold. (I turned down the temperate to 180C as my oven is fan forced and the top was a little too cooked so perhaps turning it down even further would be better) 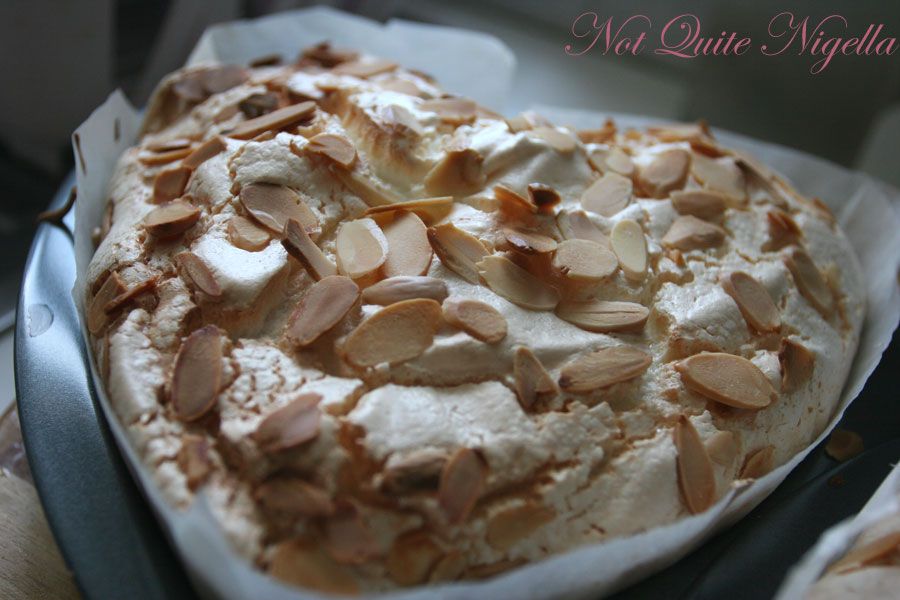 Step 6 - Let the cakes cool in their tins, then spring them open at the last minute when you are ready to assemble the cake.

Step 7 - Whip the double cream, and hull and slice the strawberries; that's to say, the bigger ones can be sliced lengthways and the smaller ones halved. 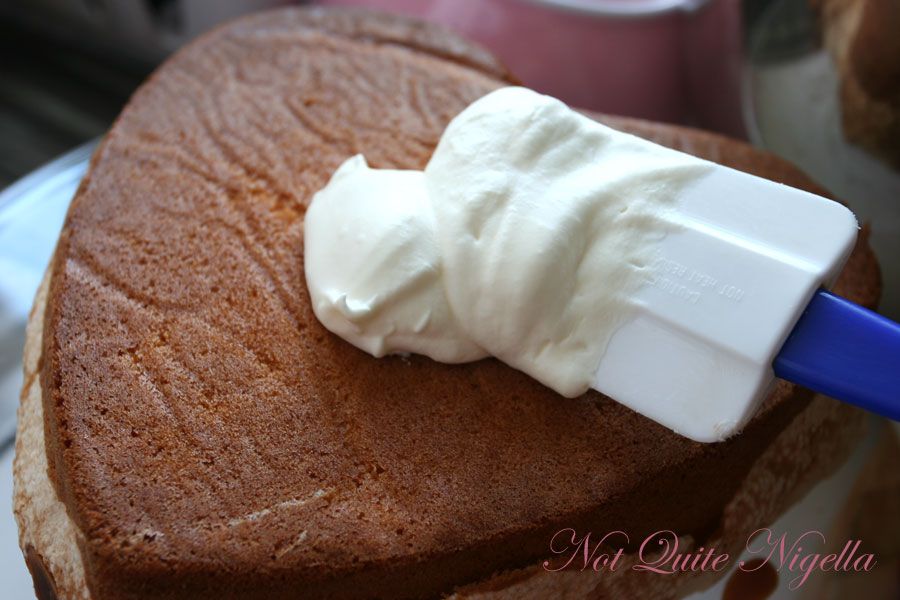 Step 8 - Invert one of the cakes on to a plate or cakestand so that the sponge is uppermost. Pile on the cream and stud with the strawberries, letting some of the berries subside into the whipped whiteness. (I should have added more strawberries as I had a lot leftover). Place the second cake on top, meringue upwards, and press down gently, just to secure it. 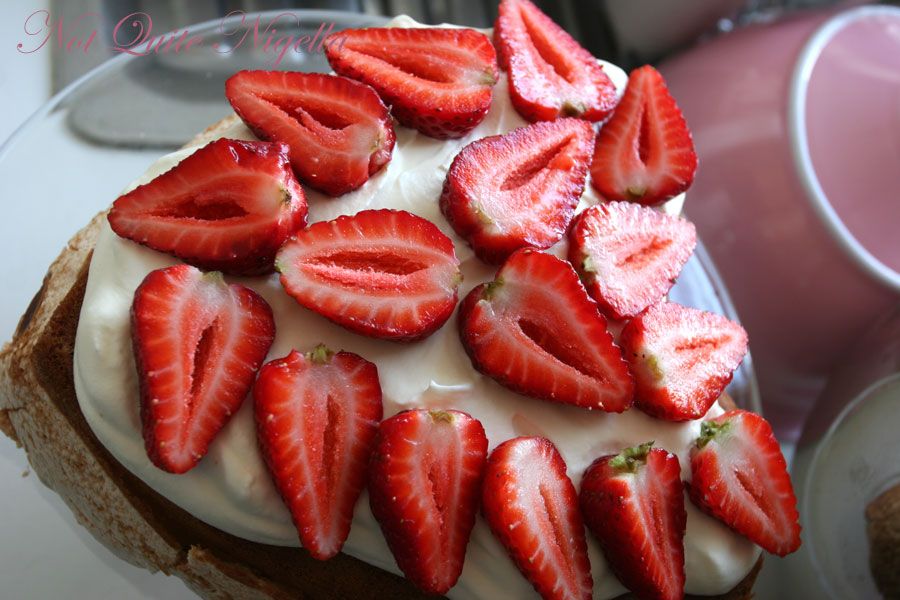 Step 9 - If you've got any more strawberries in the house, hull and halve them and serve them in a dish to eat alongside; it gives the cake a more after-lunch, less afternoon-tea kind of a feel, but it's hardly obligatory.

By Nigella Lawson from Forever Summer 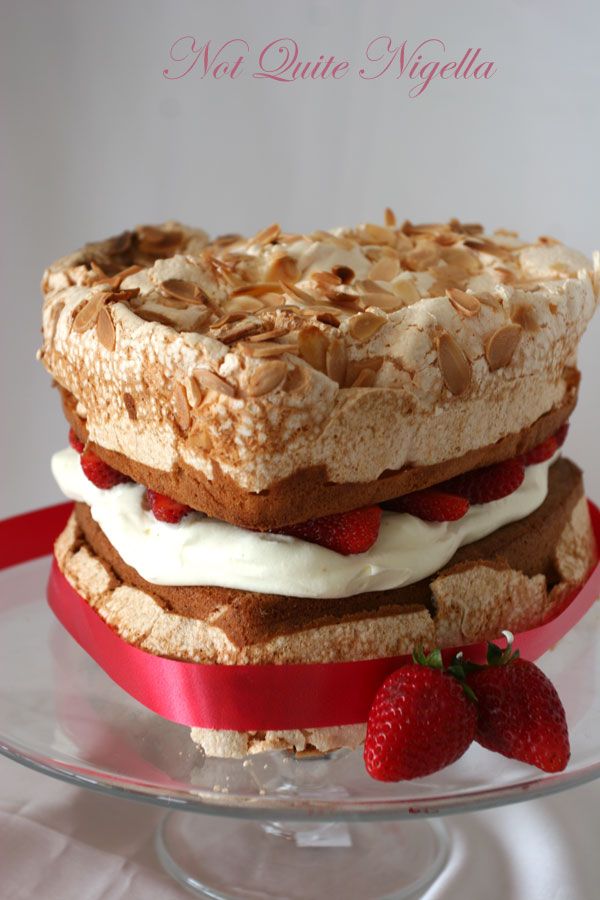