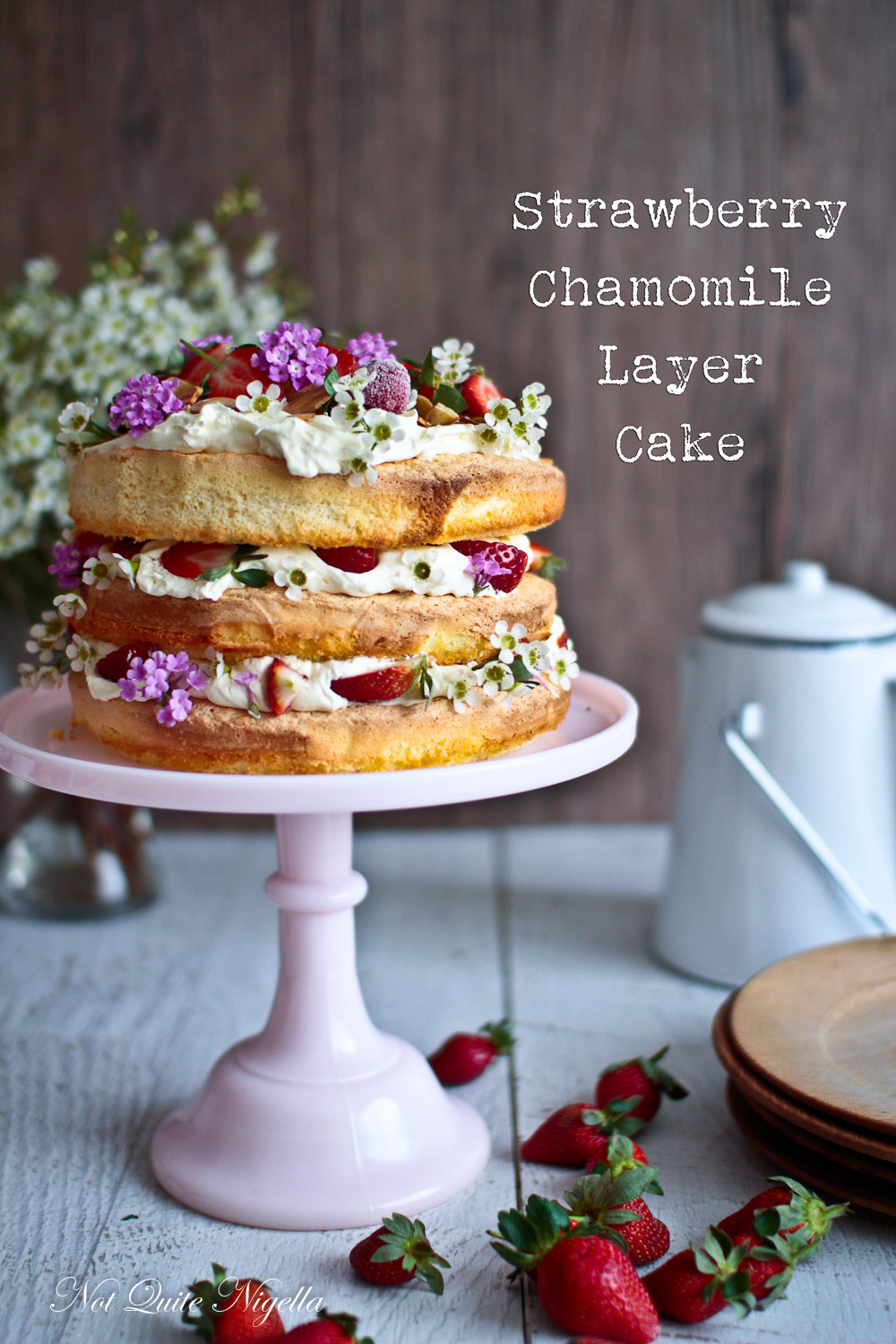 This triple layer soft, light cake is brushed with chamomile tea syrup and layered with freshly whipped cream and strawberries, blackberries, toasted almonds and fresh flowers. I called her L'amiracle (more on that later ;) ).

I was having one of those days. You know some days where you just say "arrgh screw it!" and cut corners. I was making this sponge cake for Father's Day and decided to dump everything in the mixer together and then as soon as it did my meringue deflated in front of my eyes. What sort of sponge cake would this be? Dense, thick sponges are sad sponges.

I decided to add some more meringue from the egg whites I had in the fridge and you know what? It baked like a dream! The method is a bit strange because of that. I know that sometimes trying new things can end badly but I'm relieved to say that this turned out really beautifully! This cake keeps like a dream and you can ice it and keep it covered in the fridge for a few days if you need to. 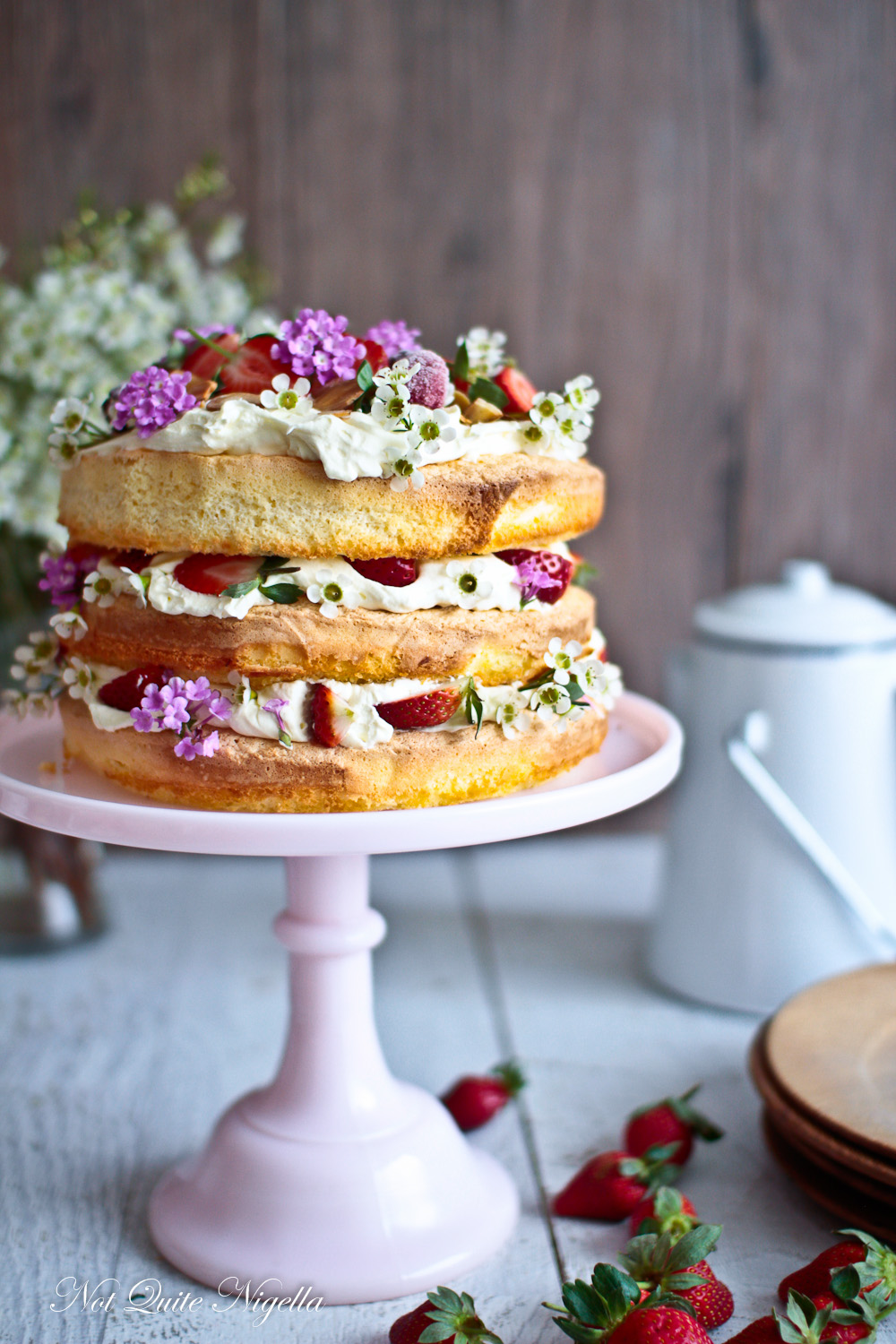 When I got back from overseas Mr NQN surprised me with trying something new. He never makes any plans but he told me that he had gotten tickets to a gridiron football game from work and that we'd be going with Nina and Garth because Garth loves gridiron.

"So we have to pick teams," said Garth over drinks the night before. The two teams were playing were Stanford and Rice. Garth chose Rice and Nina being contrary chose Stanford. We decided to go girls vs boys because I hadn't ever heard of Rice before and Mr NQN and Garth have a true bromance going on.

Garth then announced that he had to be called Chuck because he wanted an American name. Mr NQN got one too-his name with a middle initial and III after it. Nina became Randy and I became L'amiracle, the name of the flight attendant on our last flight with United. Nina and I wore red while the boys didn't make much effort with colour co-ordinated clothing. 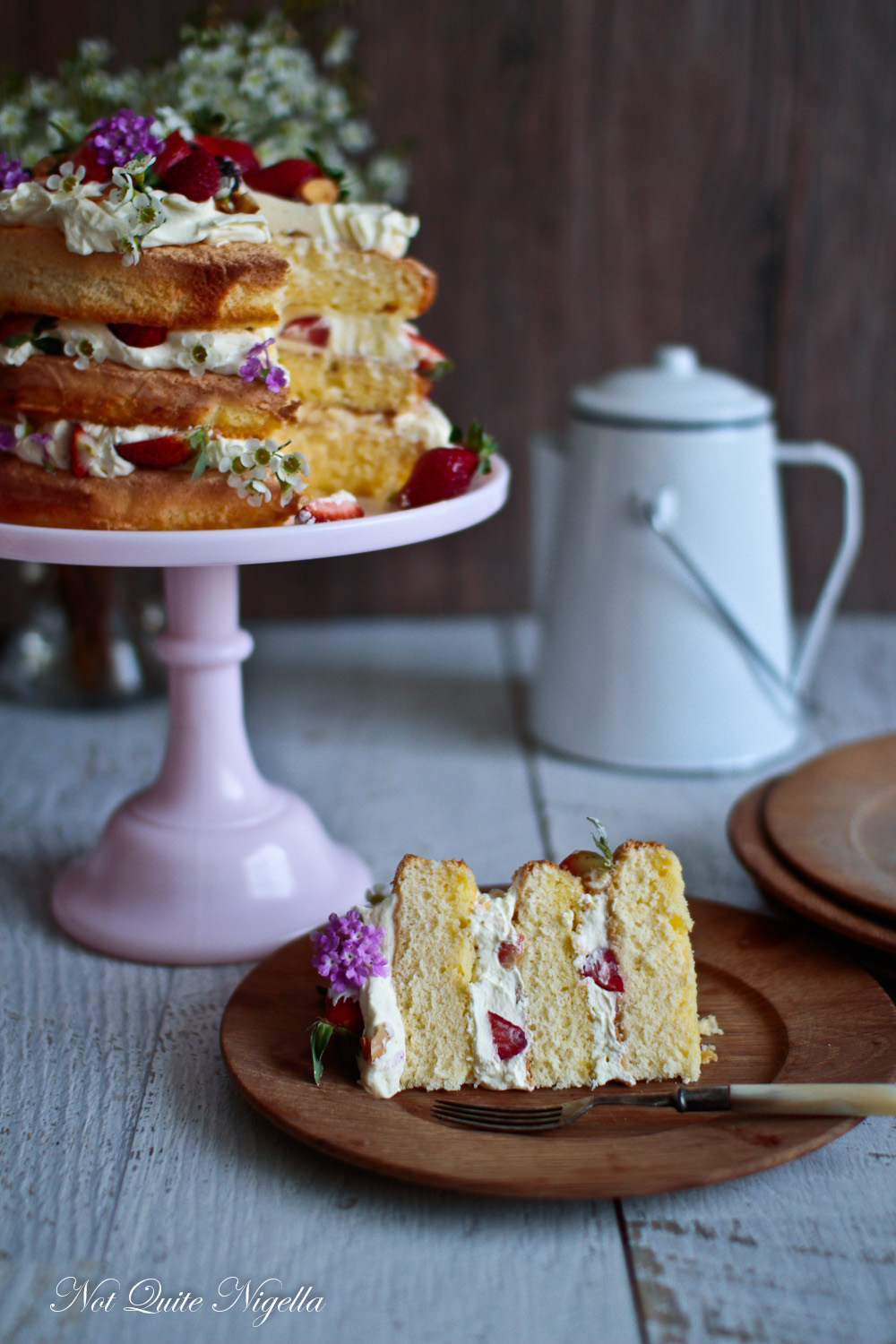 Now grid iron isn't an easy sport to follow-especially if you're like me and have never watched football before. For the life of me I could not figure out who had the ball and they'd stop and start a lot-just when I figured out who had the ball, they stopped. Garth tried explaining the rules to us but I think he assumed a level of knowledge that most of us didn't have. It was also a freezing day so Nina and I got bored halfway and went home to watch The Handmaid's Tale and eat cheese and cake!

Well at least I can say that I tried it!

So tell me Dear Reader, do you try new things a lot? What's the latest thing that you've tried? Can you follow grid iron? Do you have a favourite sport to follow? 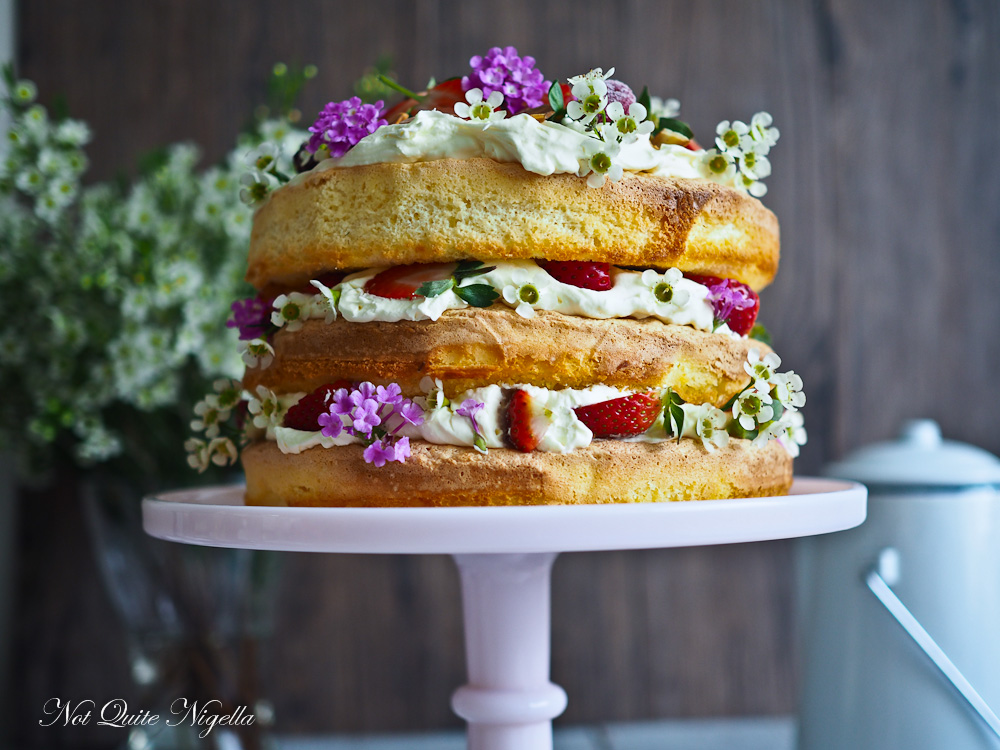 Step 1 - Preheat oven to 200C/400F and line 3x 20cm/8inch springform pans on the base and sides. Whisk 100g of the egg whites and 1/2 teaspoon of cream of tartar to soft peaks. Add in the 150g of caster sugar and whip to firm peaks. Place in a separate bowl.

Step 3 - Fold in the flour and cornstarch and then the reserved meringue and vanilla. Divide in the three prepared tins and bake for 25 minutes. Allow to cool in the tin for 10 minutes and then unclip the collar and cool still on the base.

Step 4 - Meanwhile make a cup of strong chamomile tea and mix with 2 tablespoons sugar. Just before assembling whip the cream with the 3 tablespoons caster sugar until you get dollopy peaks that can hold a shape. Chop some of the strawberries into quarters leaving others halved while leaving the blackberries and raspberries whole.

Step 5 - Place one layer on a serving plate. Brush the cake with the tea and spread a third of the cream on the cake. Top with some almonds and strawberries. Repeat with the remaining tea, cream and berries. Decorate with flowers.