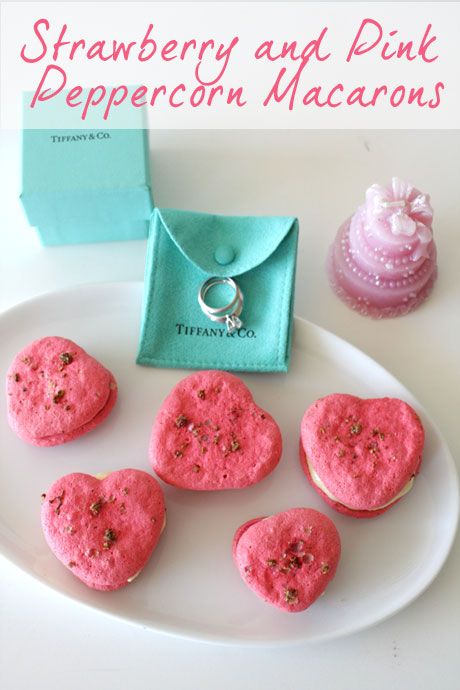 I have to confess something, I cheated on this Valentines Day. Not in any matrimonial sense, but in a cooking sense. I used the same macaron batter mix for these Strawberry and Red peppercorn macarons as I did for another macaron recipe. Given the high temperatures I couldn't bear to do much baking and I thought that killing two birds (or in this case dishes) with the one mix would do. 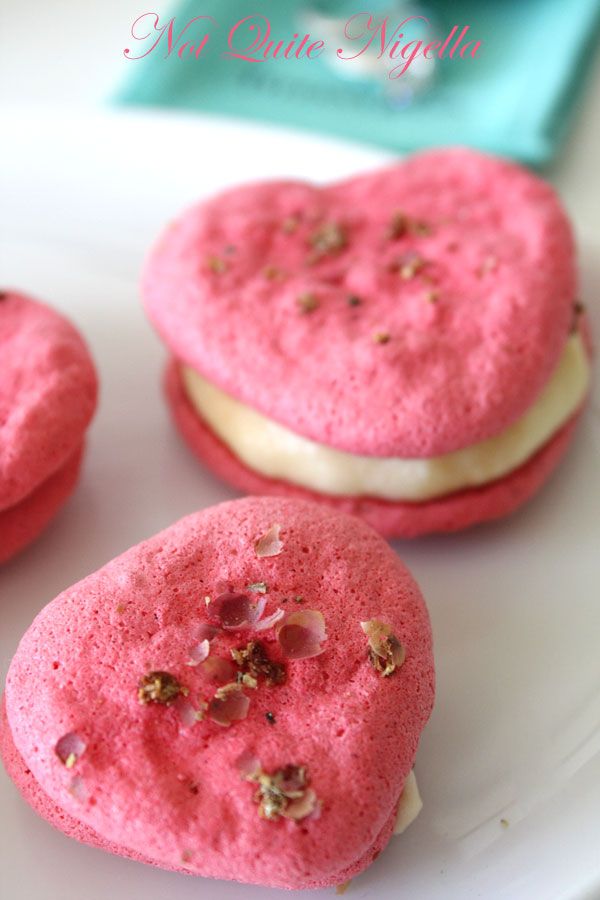 We don't do anything particularly huge for Valentines Day as our wedding anniversary is only a couple of weeks afterwards. This year we're celebrating by going to New Zealand's South Island (if anyone has any tips on the South Island I'd love to hear them). Still we felt the need to celebrate it in some way so what better way than with food. Sure, Valentines Day is, like weddings, pretty much for the girl in the relationship. I had a debate with my husband about Valentines Day - he asked what we were doing and I reeled off a list of girly themed things including movies, food and perhaps a picnic, weather permitting. He asked why there weren't any guy things scheduled and, exasperated I reiterated that Valentines Day is really a female thing. That's why things are shaped like hearts, not power tools. 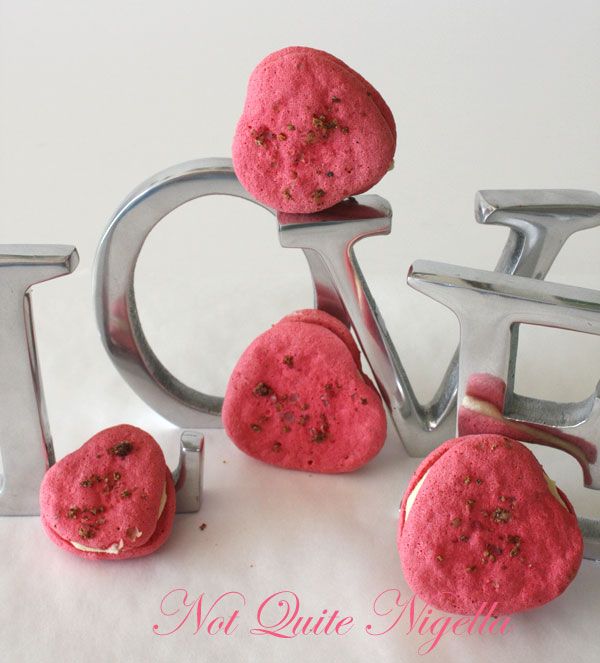 However Men, at the very least, if you whipped these up, you would score some major points with the woman in your life and for many men, that's about as romantic a notion as you would get. I have to say though that for all of his bloke-isms, my husband is a romantic where it counts. My engagement ring was one thing that I was thrilled and surprised by. We were never the couple that people would have pictured together, yet somehow it works. And another unlikely pair that is said to go well together is strawberries and peppercorns and for this occasion what better shade of pepper to use than pink peppercorns. 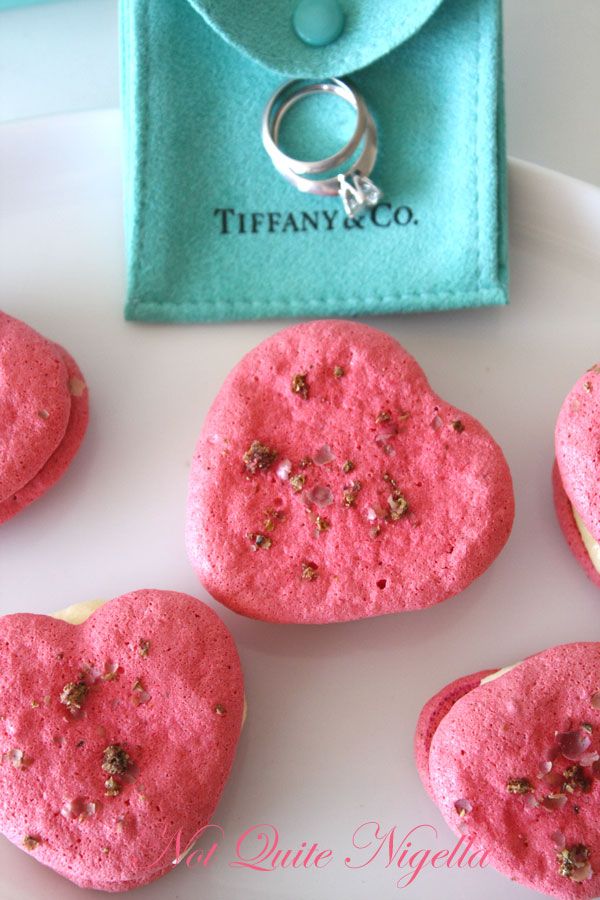 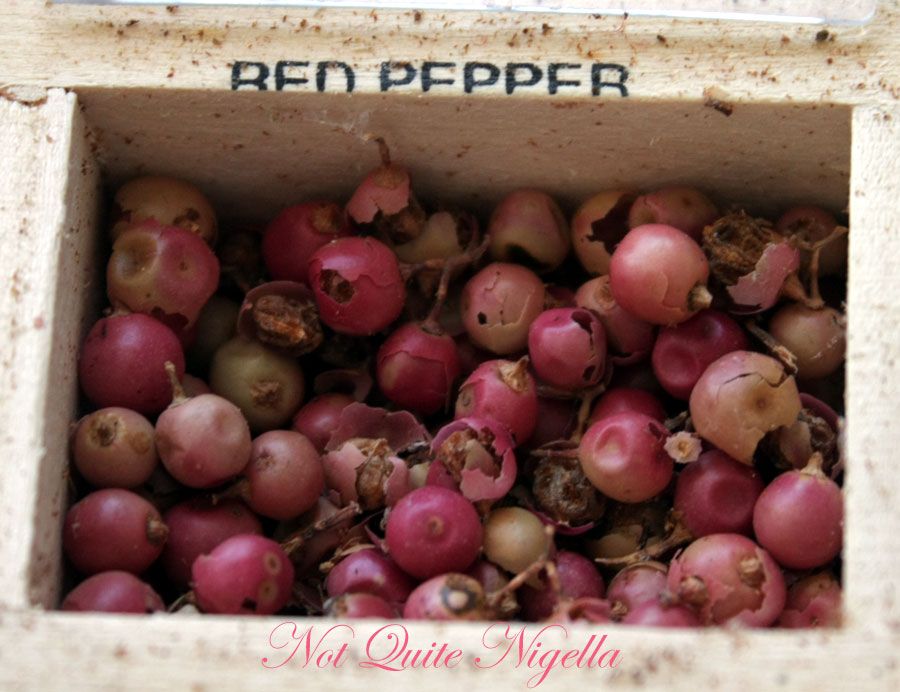 Step 1 - First draw heart shapes in various sizes on 2 or 3 sheets of parchment.

Step 4 - Combine the almond meal and egg whites very gently and add colouring and flavouring. The mixture should not be too runny and should hold it's shape. 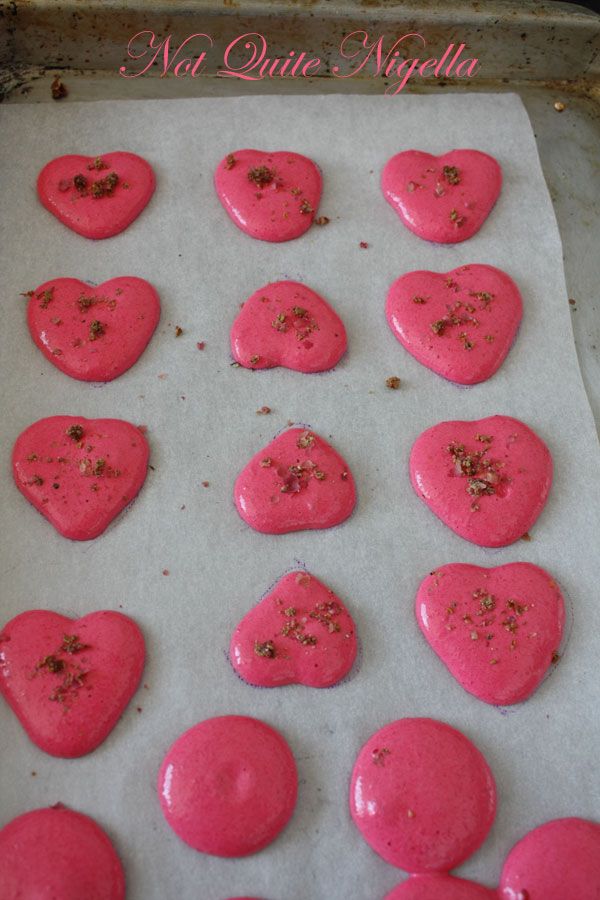 Step 5 - Fit a piping bag with a plain 1cm nozzle. Pipe macaron mixture onto parchment using the heart stencils as a guide. Sprinkle over with ground pink peppercorns.

Step 6 - Leave to form a skin for 10 minutes. Preheat oven to 180C. Bake in oven for 20 minutes. Cool and remove from parchment very carefully once fully cooled.

Beat butter in a small bowl with electric mixer until light and fluffy, beat in sifted icing sugar and milk in two batches until fluffy. 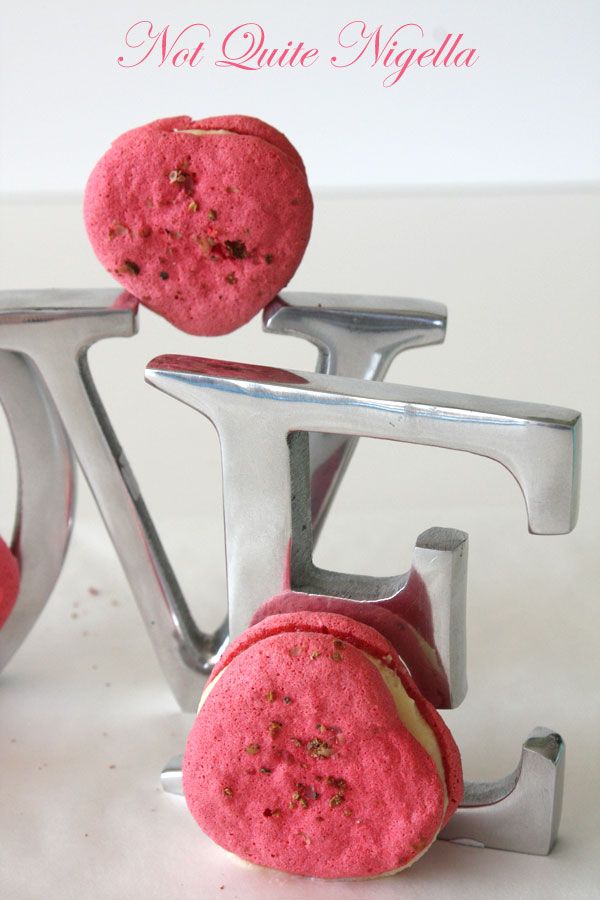