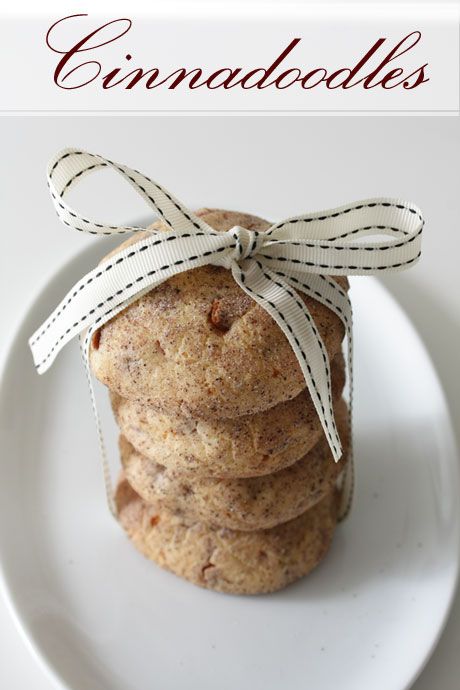 I'm not a huge cookie eater. It's not because I don't like them, in fact I love them but my husband isn't partial to them and he's the main recipient of my baked goods. So it's easier to avoid the inevitable weight gain (aren't biscuits so moreish?) and not make them. The recipe for these came from a great blogging buddy Barbara from Barbara Bakes. She was the lovely woman who sent me a Pay it Forward package full of amazing goodies from America. Included in these were Hershey's Cinnamon Chips, which are delicious white chocolate and cinnamon flavoured chocolate chips with just the right amount of cinnamon. 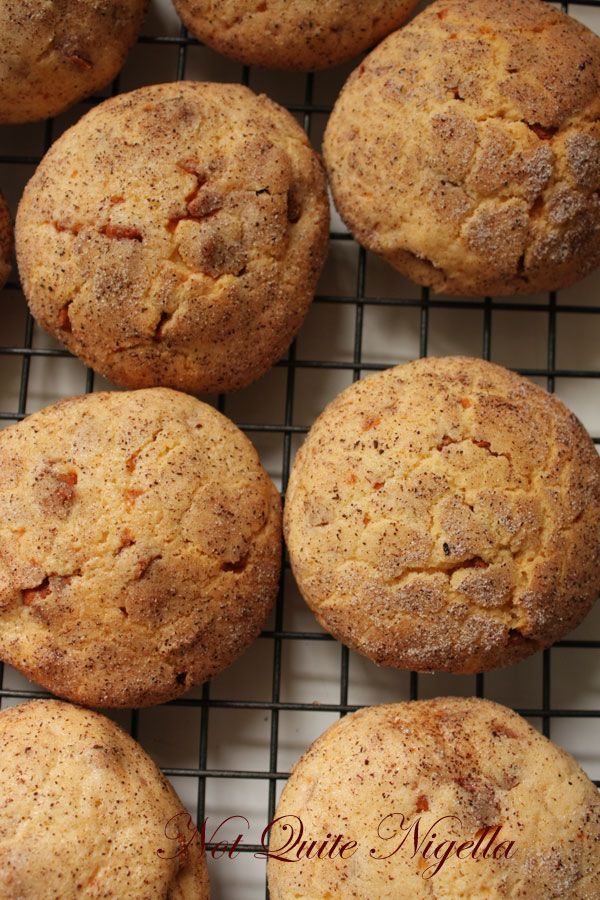 I was unfamiliar with the Snickerdoodle so I looked it up. It's an American sugar cookie with a distinctive crackly crust and crispy texture coated with cinnamon and sugar. I had this on a list of things to make and when my husband asked me if I wanted to make anything for a bushfire fundraising event in his office I jumped at these. They were simple, easy to divide up and easy to transport. And the best part? Absolutely delicious, crispy and crunchy and delicious with a cup of tea. He gladly reported back that everyone in his office loved these and there were comments from "This is like sex in my mouth" to "Mmmhmnonomnom" (i.e. Cookie Monster ravenously eating cookies). The recipe was sought by many. 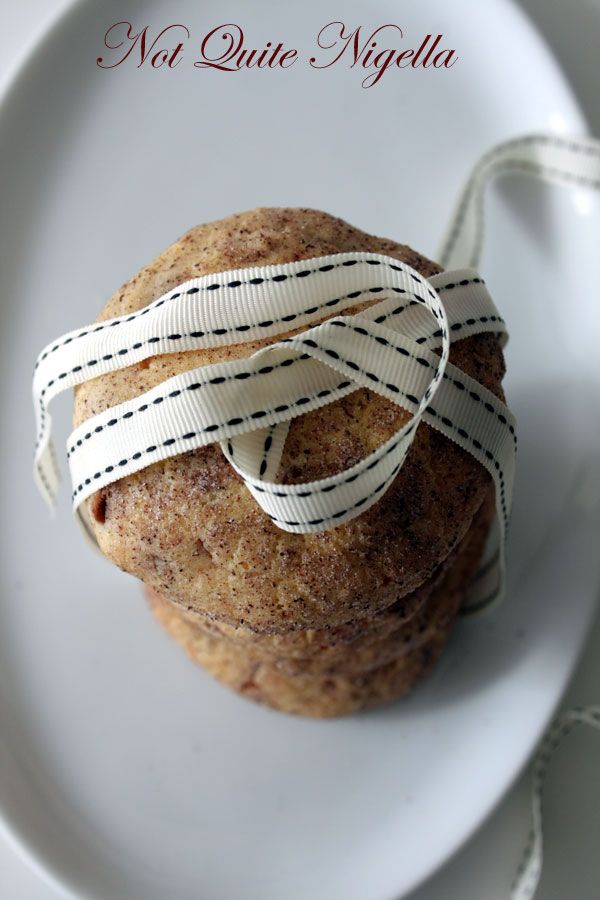 If you don't have any cinnamon chips, and in Australia, I'm guessing you won't unless you too have a candy fairy like Barbara that can send you goodies, I'd say you could melt some white chocolate and stir in a judicious amount of ground cinnamon, cool and set it and then break it up into small pieces. It's a fiddly way of getting around it but if you're a cookie lover that adores Cinnamon, you'll find it worth it. 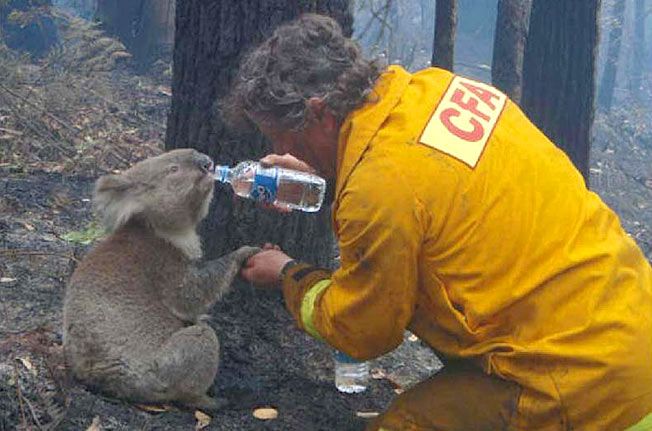 The bushfires are a very sad time for Australia with almost 200 dead and countless animals dead or injured with their habitat destroyed. Luckily this adorable koala was saved. And if you want to donate to the Bushfire appeal, you can do so on:

The Red Cross of Australia

The Salvation Army of Australia 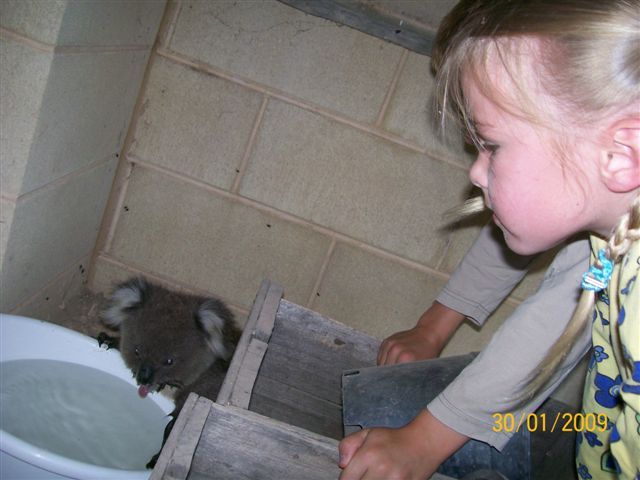 And here are some brilliant koala photos NQN reader SydneyGal sent me. 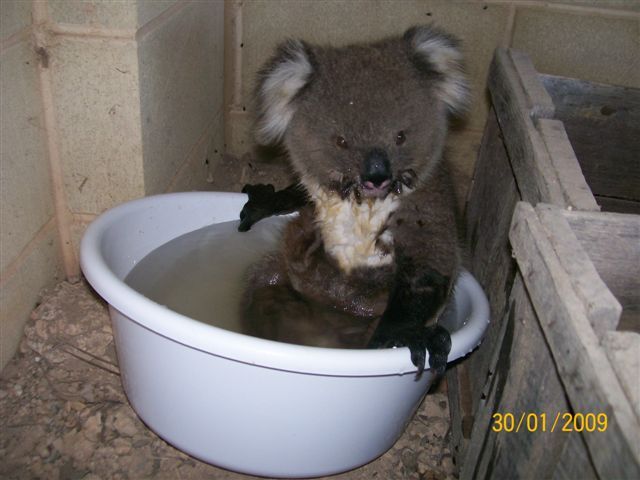 *If Hershey's cinnamon chips are not available, substitute with same weight of white chocolate and 2 teaspoons of cinnamon, cool and then chop up. Thanks to NQN reader Kathy for testing the quantities and letting us know!

Step 1 - Preheat oven to 350F/180C. Sift together flour, baking powder and salt; set aside. Put butter and sugar in the bowl of an electric mixer fitted with the paddle attachment. Mix on medium speed until pale and fluffy, about 3 minutes. Mix in eggs. Reduce speed to low; gradually mix in flour mixture. Add in cinnamon chips. 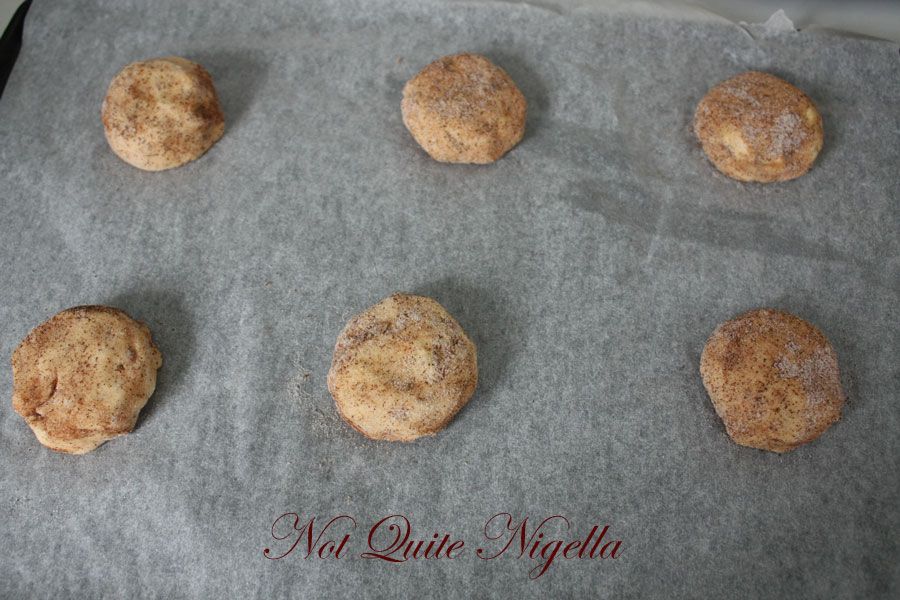 Step 2 - Stir together cinnamon and remaining 3 tablespoons sugar in a small bowl. Shape dough into round balls; roll in cinnamon sugar. Space 3 inches apart on baking sheets lined with parchment paper or a Silpat.

Step 3 - Bake cookies, rotating sheets halfway through, until edges are golden, 10 to 12 minutes. Don't overbake. Let cool on cookie sheet for a minute or two, then transfer to a cooling rack. 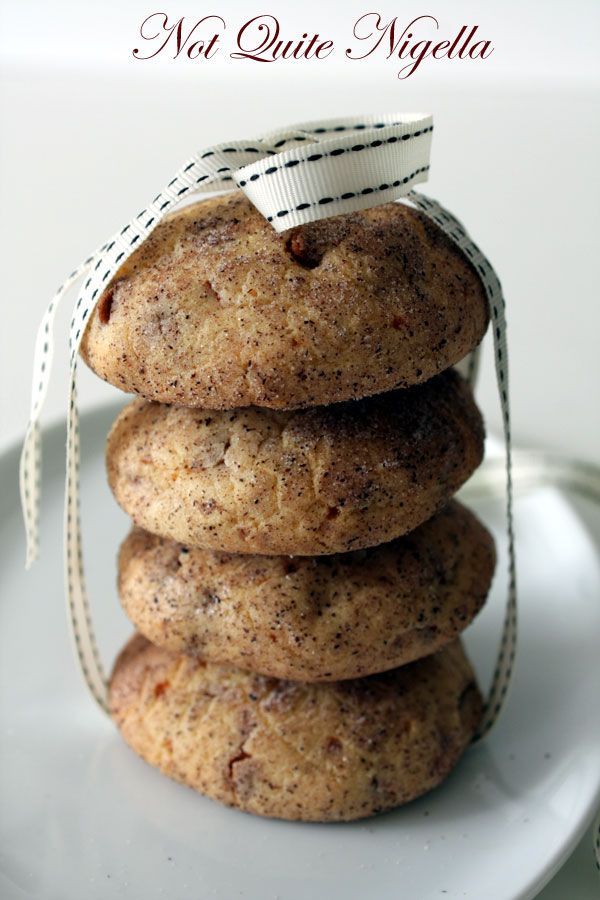