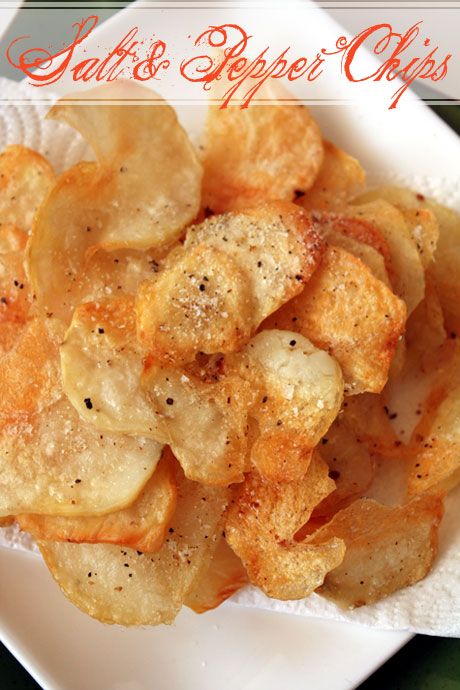 I'm a  chip fanatic from way back. The idea of a perfect lunch for me as a kid was a chip sandwich, made with crinkle cut chicken chips. Forget fancy Kettle or Red Rock chips, we didn't have those growing up. Nor do I remember Thins, which I've never really gone for (they're just too... thin?). Crinkle Cut Chicken chips were my weapons of choice. And because my mother rationed me on chips, pouring a small amount out of a large bag I'd eat them crinkle by crinkle slowly until every last piece was gone. And you can bet that as a kid I ran my finger along the bottom of the bowl to catch any stray flavour flakes. 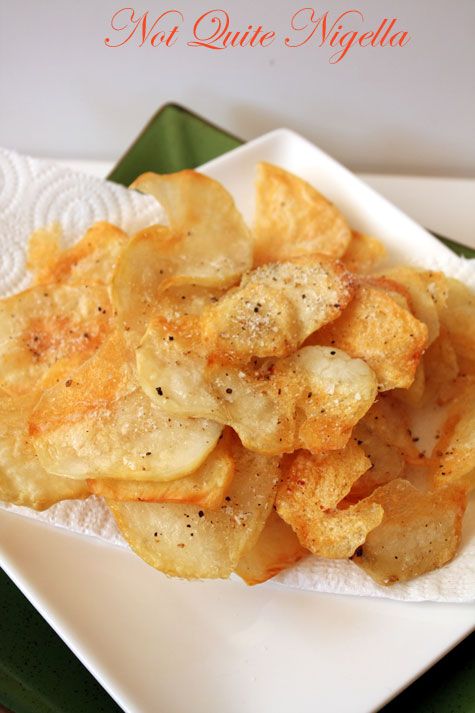 I still love crinkle cut chips but more recently I like the thickness or Kettle or Red Rock deli chips. They're said to be just like home made so when I was munching a packet of salt and vinegar chips (not my favourite flavour but I was hungry) I wondered why hadn't someone made Salt and _Pepper _flavoured chips? There's Salt and Pepper Squid and Salt and Pepper Tofu and they're both delicious. How about some Salt and Pepper potato chips? 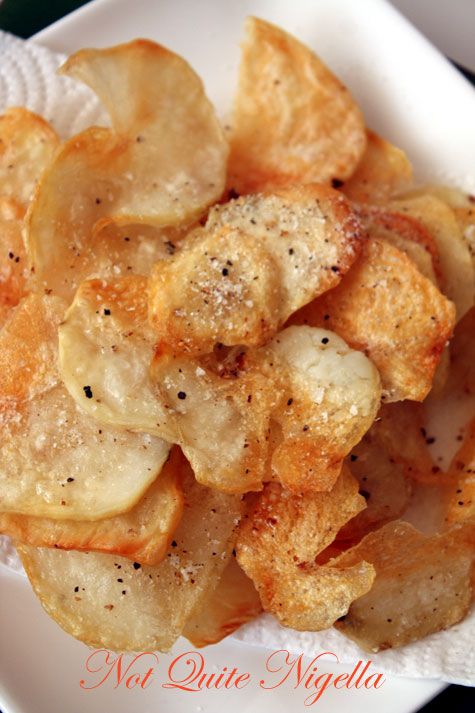 I took out my V slicer and sliced them on the second setting - I don't like my chips too thin as they aren't as earth shatteringly crunchy, and drizzled a couple of tablespoons of oil on top and then baked them. After baking them, I sprinkled the salt and pepper mixture on top and tasted them. They were wonderful indeed and very Kettle Chip/Red Rock like too. And somehow I felt more virtuous that these were baked rather than deep fried. And yes I did put these in a sandwich-white bread with butter which is the only way really to eat these in a sandwich.

You will also need: a large bowl, a V-slicer or mandolin and 2 baking sheets lined with baking parchment or you can deep fry these.

Step 1 - Preheat oven to 200C/400F. Slice the potatoes into a  large mixing bowl either by hand or with a mandolin. I used thickness 2 but you can use thicker or thinner and just adjust the cooking times to suit. Obviously if you slice these thinner they will need less time, just check on them while baking.

Step 2 - Drizzle oil on top of cut potatoes and using clean hands mix gently to ensure that the potatoes are evenly coated, spreading out and fanning the potatoes with your hands. Yes it's oily but look at it as a mini dry hand treatment.

Step 3 - Arrange the slices in one layer on the baking parchment. If they touch they may bake and stick together which is not that bad a thing if you're after a super-sized chip. Bake for 10 minutes and then check for any that are cooking too quickly and using tongs move these to the centre of the tray. Cook for another 10 minutes until golden.

Step 4 - Meanwhile grind salt and pepper together and when the chips are cooked sprinkle the mixture over them.

Note: you could do these thicker, as wedges if you prefer. 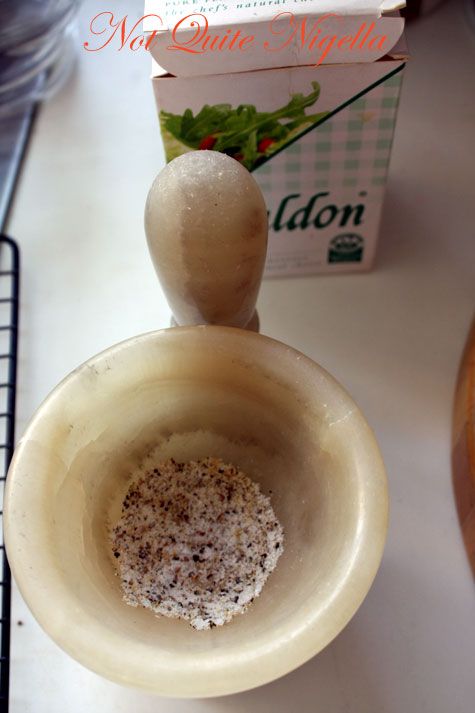 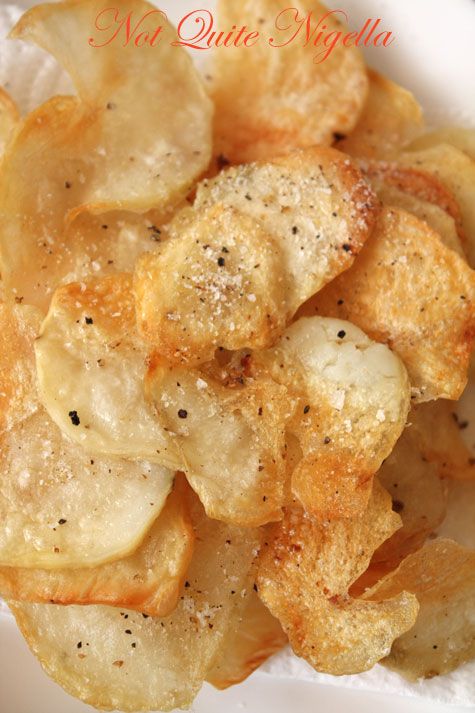