Crunchy Crispy Kale Chips That Are Ridiculously Good For You Too! 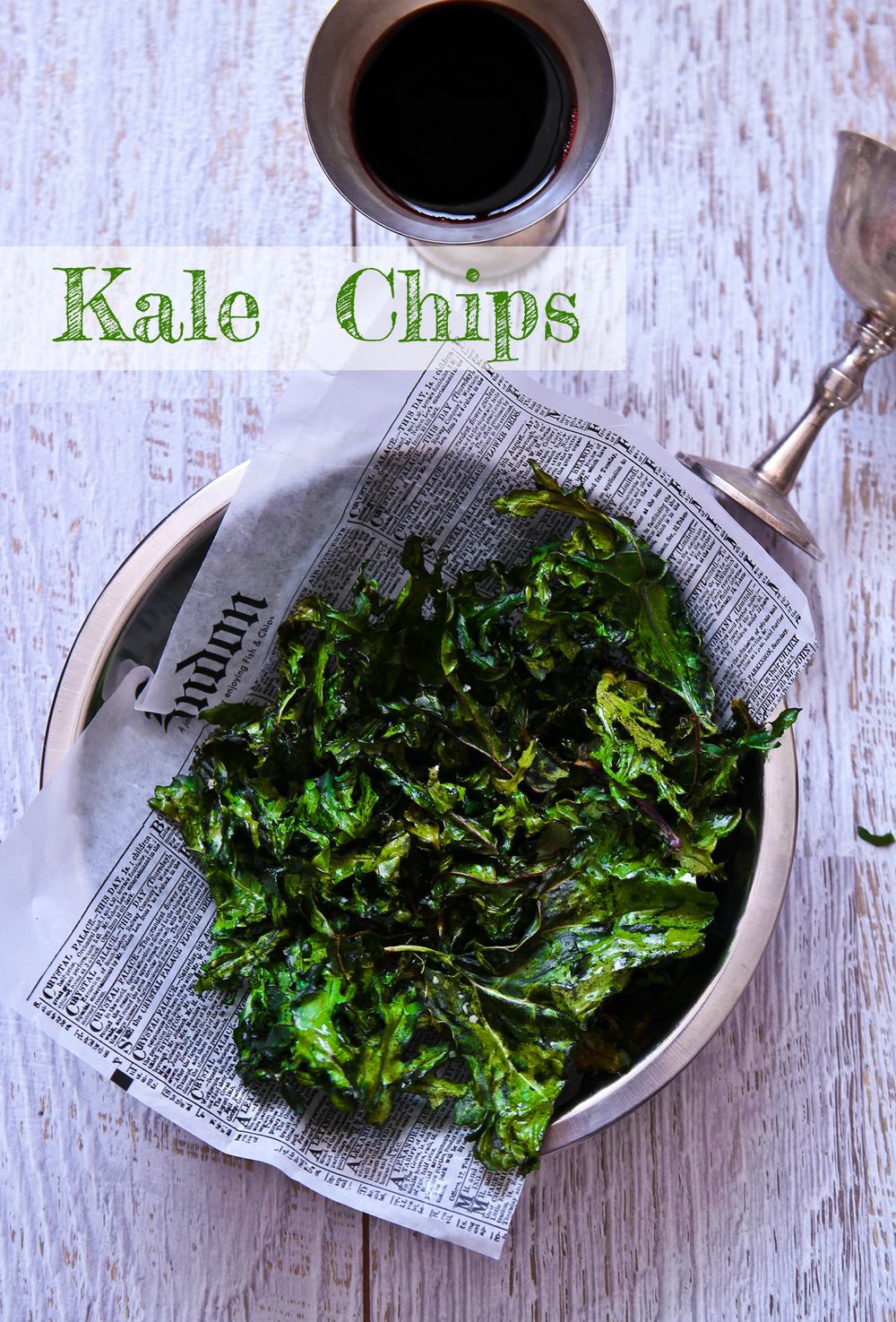 Back in my advertising days, I had a friend called Peaches le David. That wasn't her actual name - her name was Beatrice but when she told someone her name over the phone, she received a fax addressed to Peaches Le David. Anyway, that's not really important except that it sounded like a drag name or a parrot's name and everyone should have a drag name, don't you think? 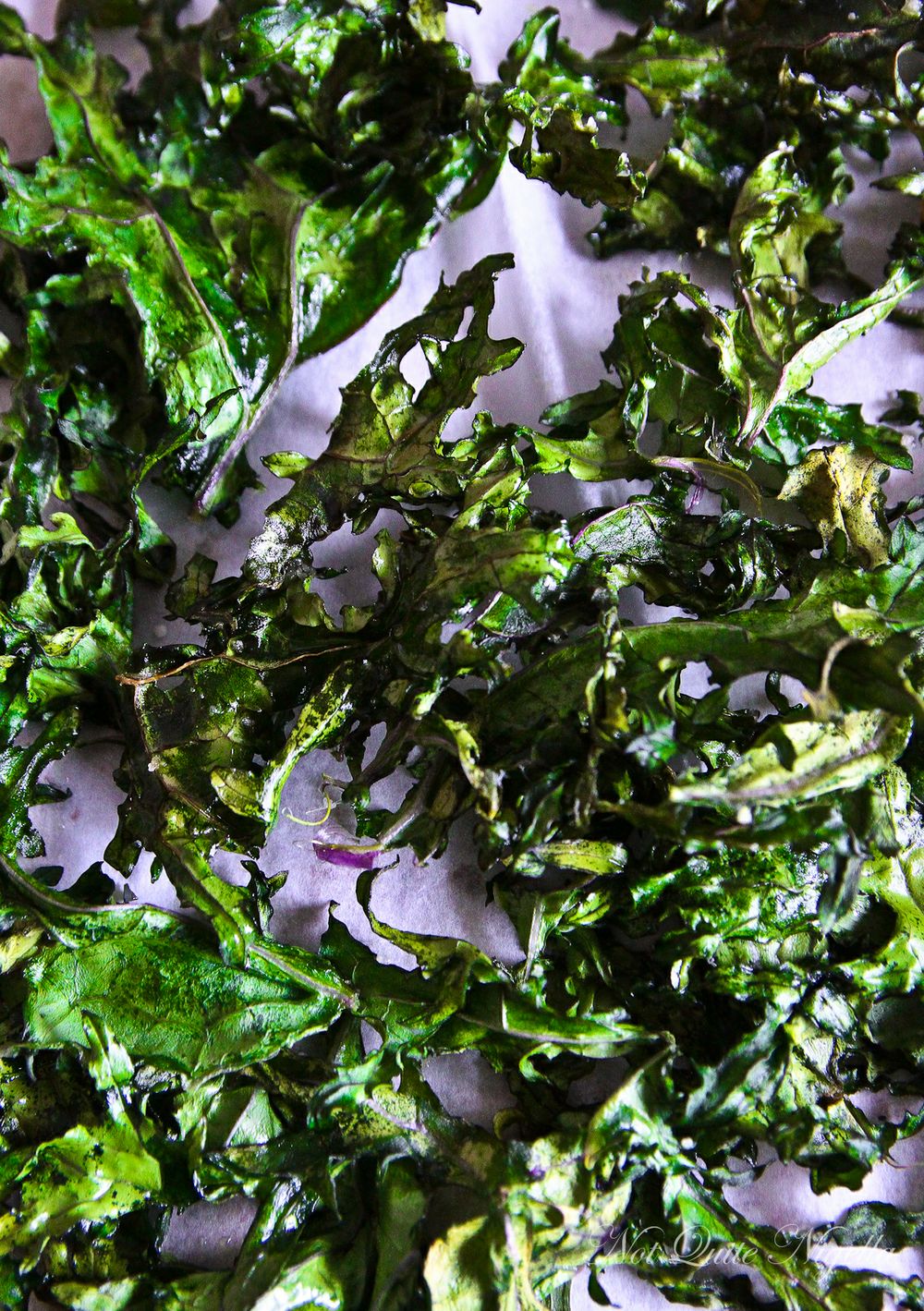 Anyway... through Peaches I became addicted to potato chips. Before her, I was a very good eater and was tight lipped against anything fatty or oily. But she loved chips and when we would work back late, she'd pop open one of the "after hours" snacks of potato chips and the air would fill with the aroma of salt and oil. We shared an office so she would always offer me one. I'd shake my head and she'd continue with her orchestra of chip eating "crunch, crunch, crunch... swallow."

One day I decided to try one and after that, I was hooked on chips. I know it sounds silly but give me something salty and crunchy over something sweet. I realise how ridiculous that sounds as this blog is a shrine to sweet desserts and cakes and I'd never kick one out of bed, but salty and crunchy is what I usually crave. Except chips are of course terribly unhealthy and terribly good at making your bottom explode to the size of Antarctica. 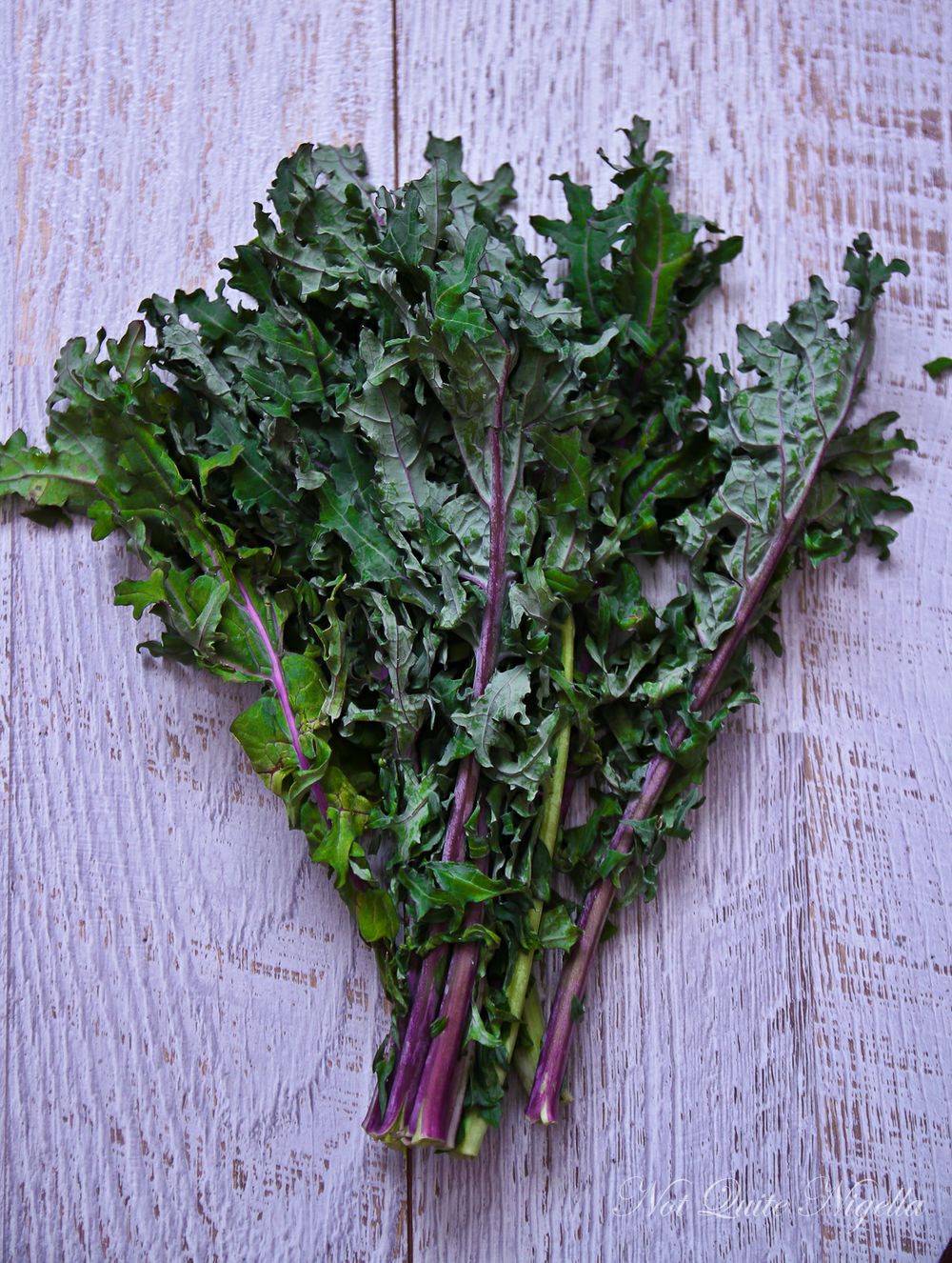 I'd heard all about kale chips, mostly from American blogs and read how they mimicked the taste of potato chips perfectly. So I decided to give these a go with a bunch of organic kale figuring that I would have nothing to lose except weight. I tried it a few stems of kale just to test it out thinking that I could always feed the rest of the kale to my resident vegetable chipper (aka Mr NQN). It only took about 2 minutes of prep and then 20 minutes in a low oven.

I turned them over halfway and they looked like oily, limp lettuce. Fearing the worst, I put them back in and set the timer again. After another 10 minutes, I checked them again. Something had happened during this time and they were thin and crispy and crunchy and somehow, they tasted like thin potato chips! Not only that, kale also has calcium, vitamins, phytochemicals, flavenoids as well as lots of fibre. Don't let the fact that they look like salad put you off, I promise that if you're looking for a low fat alternative to potato chips, these may help with any potential Antarctic sized bottoms ;)

So tell me Dear Reader, which team are you? Sweet or savoury? 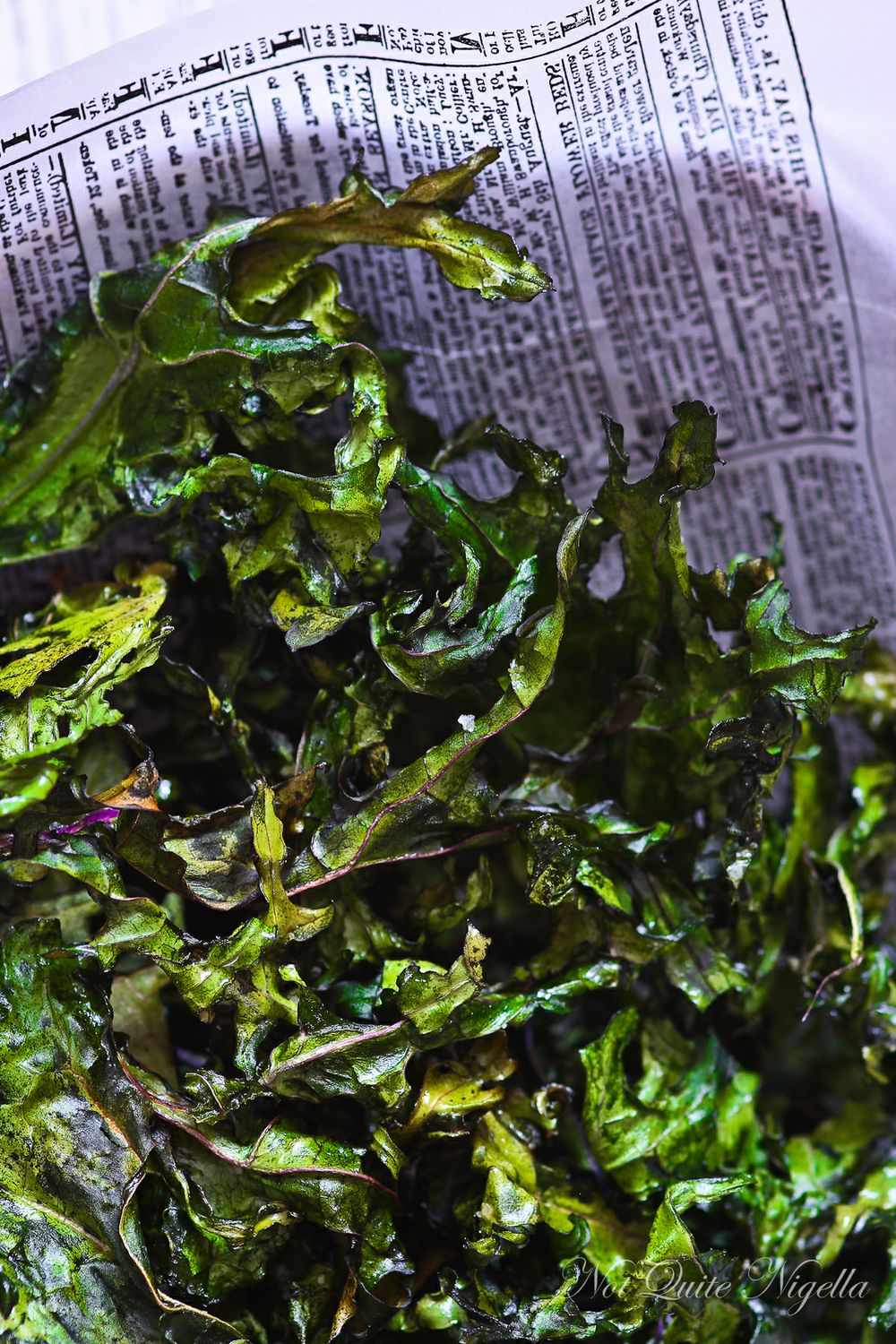 Tip: don't throw out the kale stems. I used them in a creamy pasta sauce instead of asparagus.

Step 1 - Preheat oven to 135C/270F. Line two or three large baking trays with parchment. Remove the leaves from the stem and rinse the leaves and gently pat dry or use a salad spinner. In a bowl toss with oil and salt and spread out on one layer-do not overcrowd or these won't get crisp. 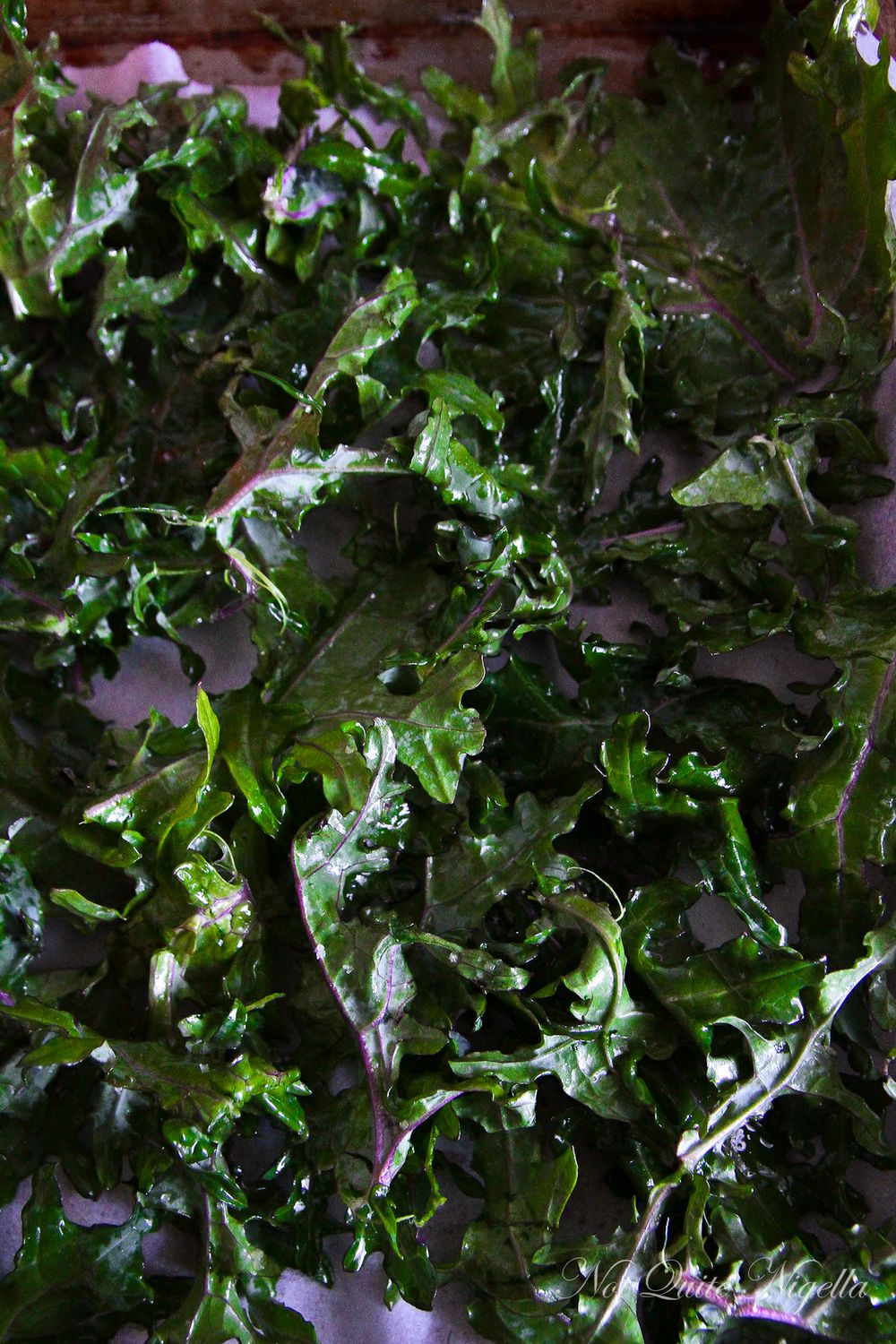 Step 2 - Bake for 20 minutes, stopping halfway and turning the leaves over. At this point you will think I've completely lost my mind and you may curse my name as you have a mess of wilted, soggy kale but stay with me. After another ten minutes, the kale will be paper thin, almost translucent and very crispy. Eat and if you don't mind, please lift the curse off me :) 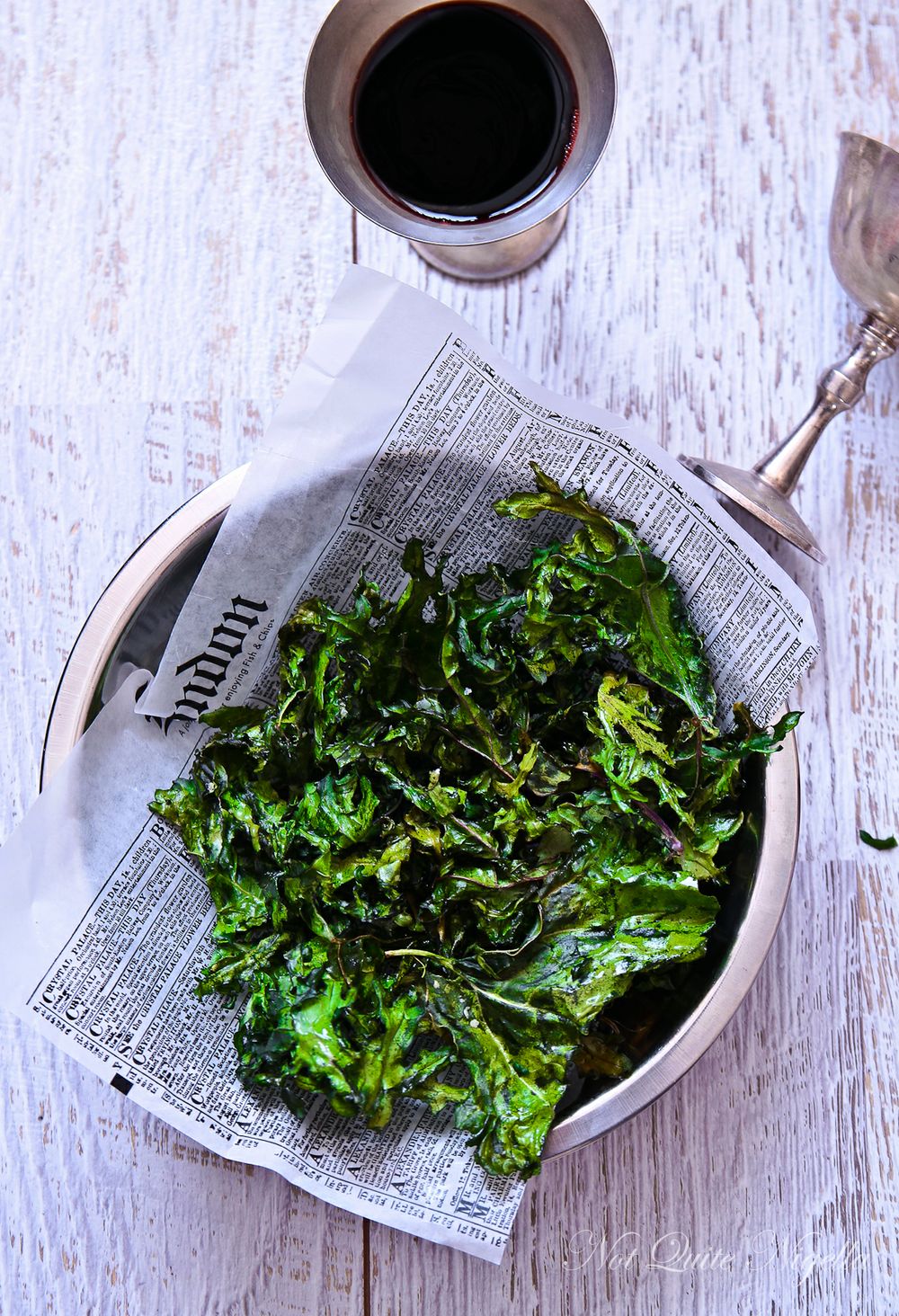