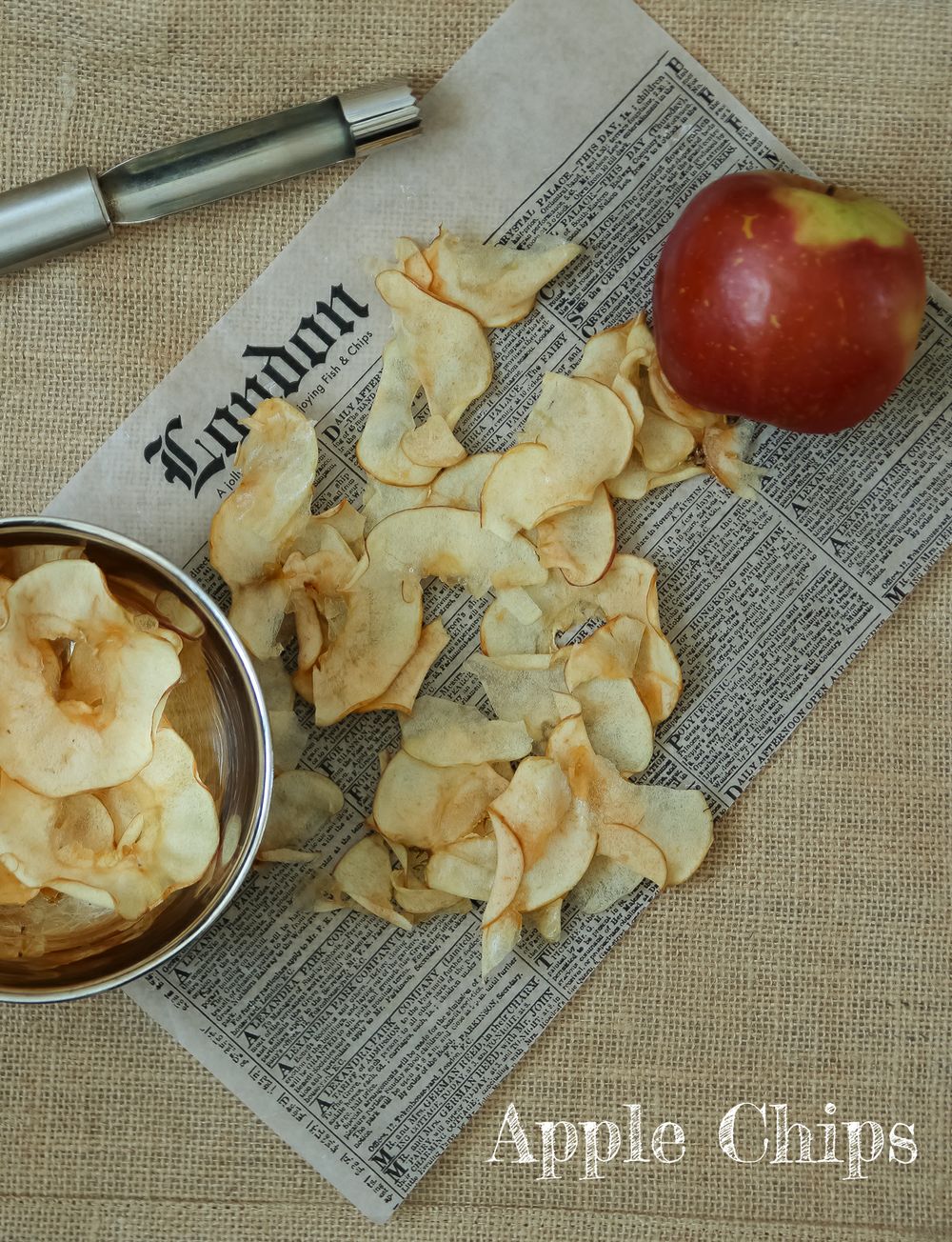 I always say that if Mr NQN and I ever get divorced it will be over the cleaning. At least I know that the step between married bliss and divorce is the one where we hire a housekeeper.

For Mr NQN, there's never any issue leaving discarded fruit cores or wrappers around. "Do you like my display?" he would say proudly. Meanwhile, within hours, fruit flies would be buzzing around his stash of apple cores that I would stubbornly leave unattended in an unsuccessful effort to teach him to tidy up.

I hate nagging, you do understand, most people do, but when you've asked six times to throw away the empty juice bottle or the apple cores that they've discarded in the path of all house traffic and you've almost tripped over it then their spouse's best defence is to call it nagging. As if nagging was up there with serial killing. I like to call it motivating instead ;). 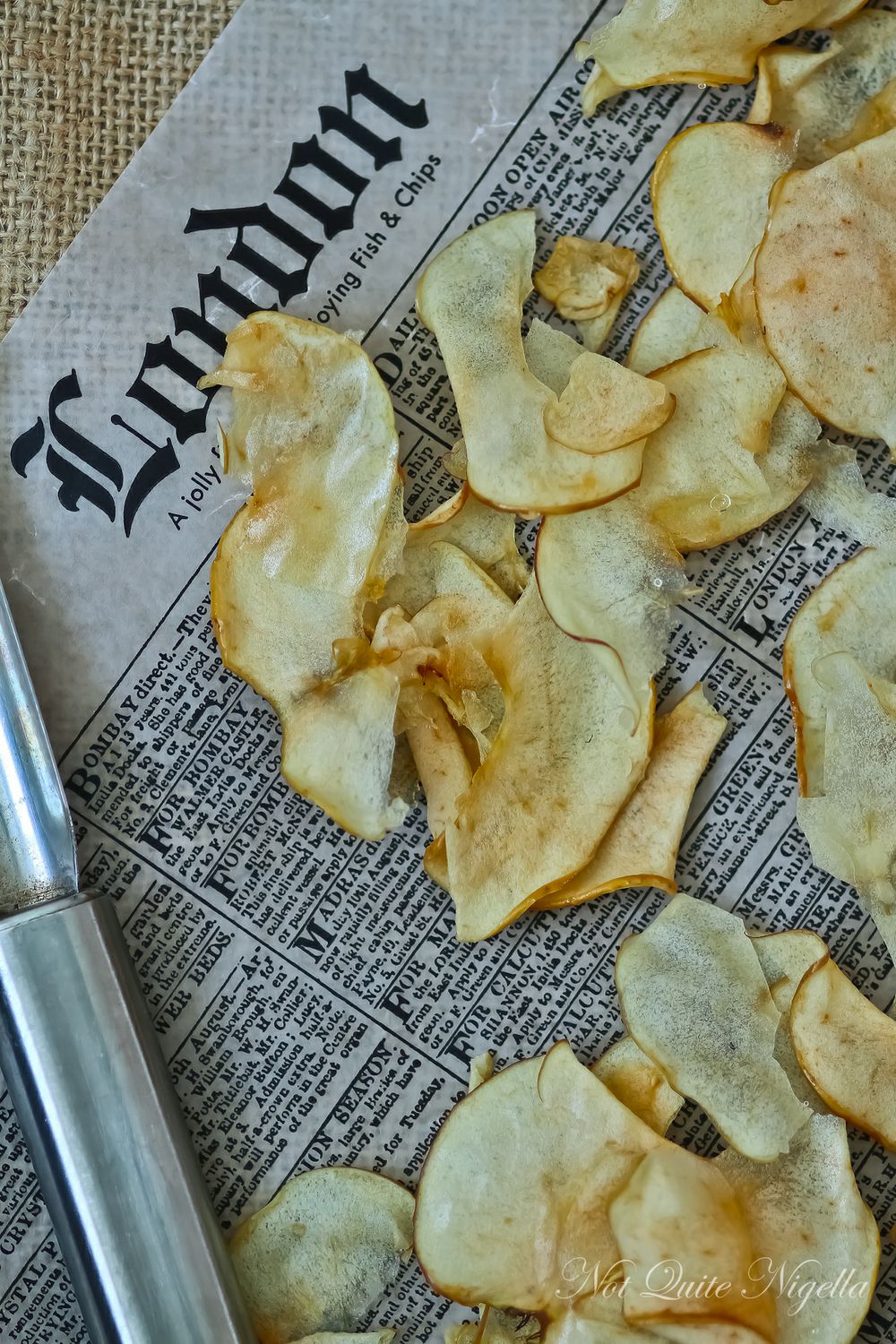 This is a Mr NQN proof snack and is one of those treats that leaves no trace. Literally because they are so good they'll just disappear. I won't lie, these are a bit of work, mostly in the waiting where you steep the apple slices overnight. The syrup infuses into the apple and you bake them for a few hours where they become as crisp as a potato chip or crackling. Usually dried apple slices have some moisture to them and they aren't as crispy as crackling but not these little babies. Instead of deep frying then, they're given crispness from the sugar syrup and before you point out that we're simply exchanging one evil for another (oil for sugar), the sugar syrup mostly gets strained away. However, you can also use this to sweeten home made cordials or even in cooking-I used some to sweeten a batch of cooked oatmeal for Mr NQN's breakfast.

They are a labour of love, much like marriage. And technically nagging too, if you insist ;)

So tell me Dear Reader, are you the messy or neat one?

Degree of difficulty: easy, if you have a mandolin and patience 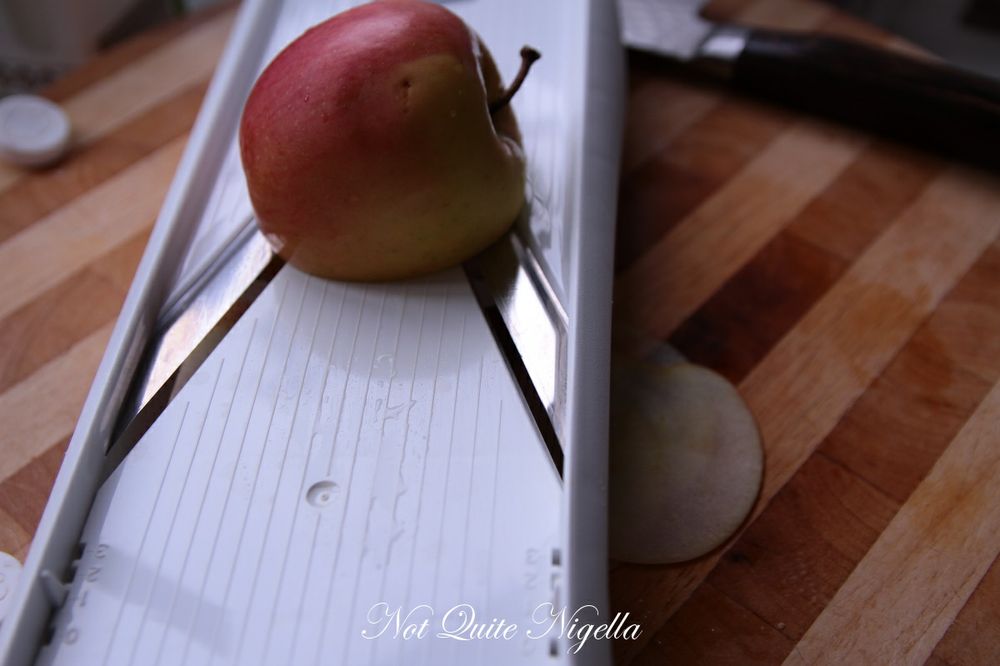 Step 1 - Finely slice an apple (ideally on a mandolin, setting 1 or the thinnest). You don't need to peel it and these are best when the apple gets almost translucent in the syrup). In a small saucepan make a simple syrup by boiling the sugar and water for a few minutes until the sugar has been dissolved. 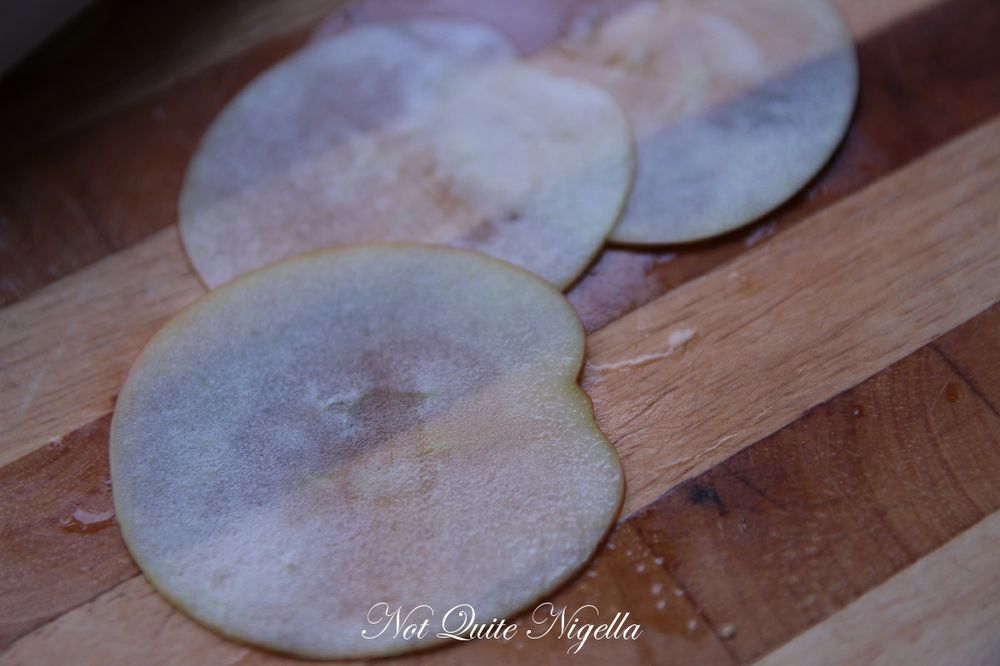 Step 2 - Soak the apple slices in the syrup making sure to fan them apart so that the syrup can be absorbed by the slices. Allow to steep overnight. 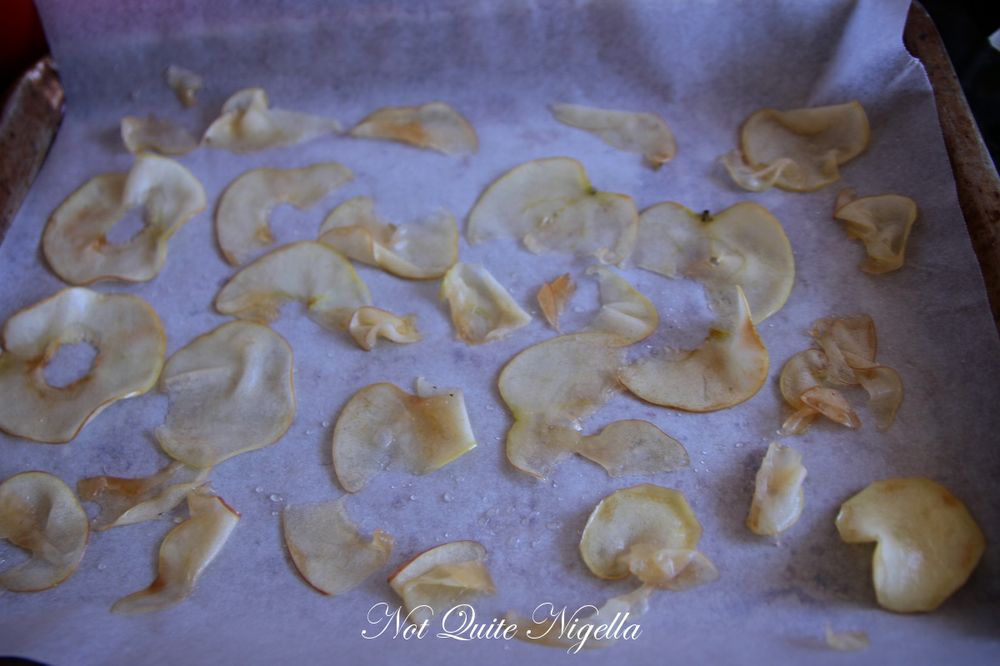 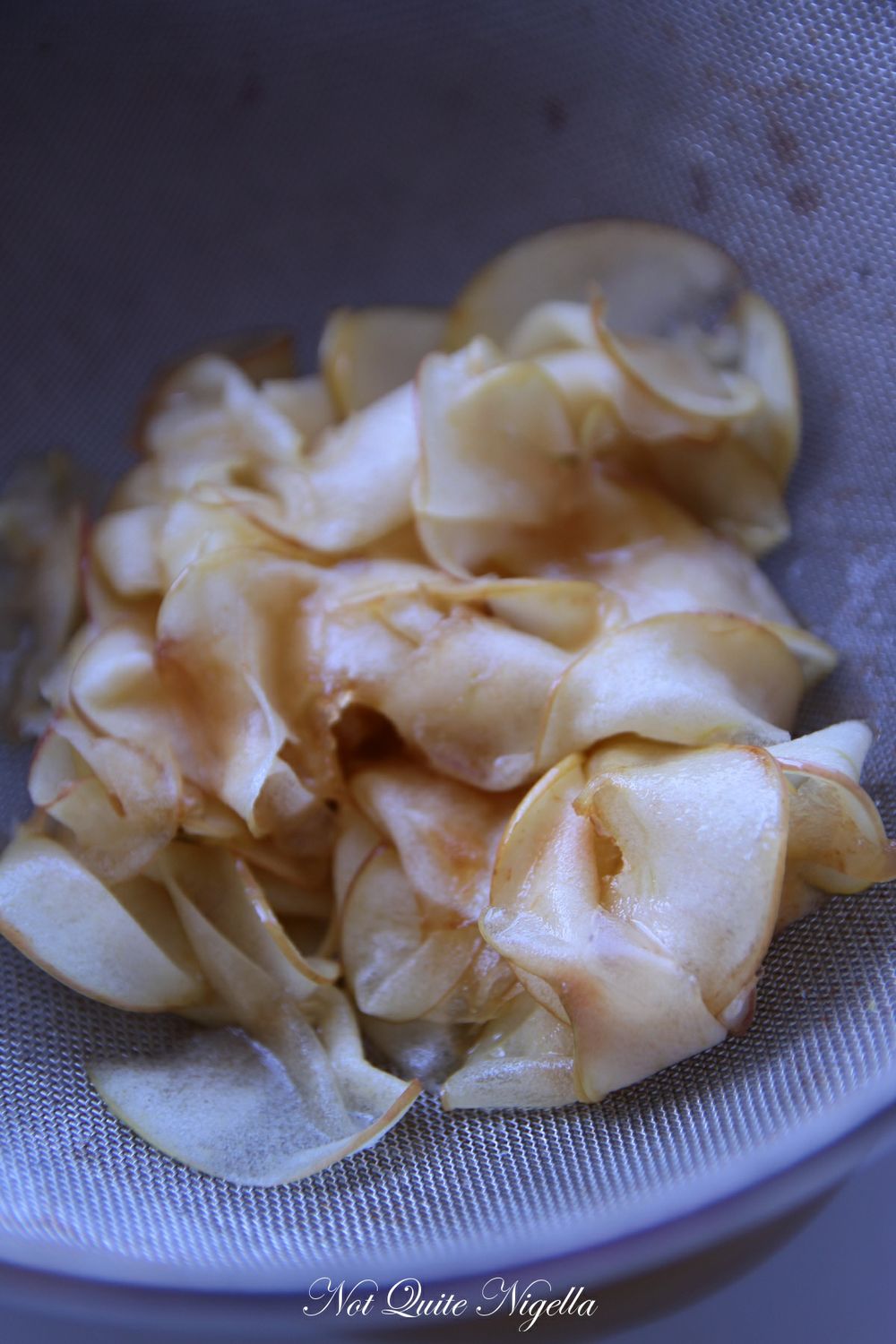 Step 3 - Drain in a strainer and preheat the oven to 100c/212F. Line two trays with baking parchment and bake for 2 hours. Allow to cool in the oven where they will become very crisp.