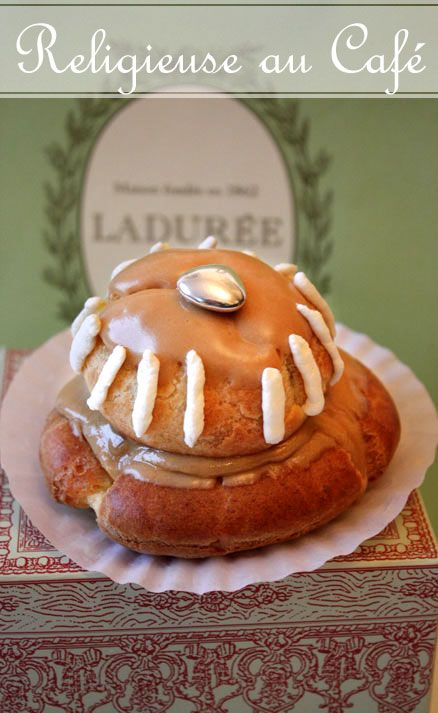 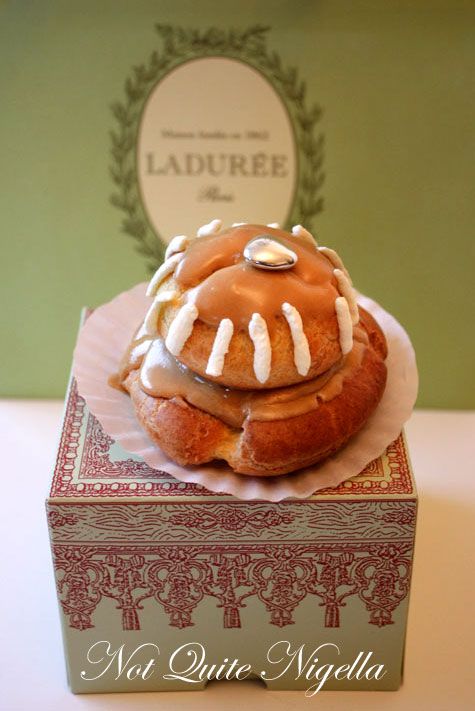 The recipe comes from Adriano Zumbo, Sydney's very own pastry god who recently appeared on Masterchef Australia twice, the first time was for a Croquembouche challenge. Croquembouches are something I intend to conquer one day - and I do look upon it as conquering as it's as tall and intimidating as a mountain as evidenced by the contestant's versions which more resembled leaning towers of Pisa.

These delicacies called a Religieuse due to the resemblance to a Nun. I take a slightly different interpretation of the name due to the amount of uncharacteristic praying I did when I a) beat the mix and b) put them in the oven and c) when I took them out of the oven to realise that yes indeed they worked! There is a certain amount of praying to the pastry gods that occurs for these (and macarons). I took these to Gravy Beard's birthday as the theme was bring food and drink from a country and I chose France. I was delighted to hear The Second Wife and Naomi utter "Fat Nuns!" when they saw it. I know they're not a patch on Laduree's Religieuse but I was comforted that they could see the resemblance. 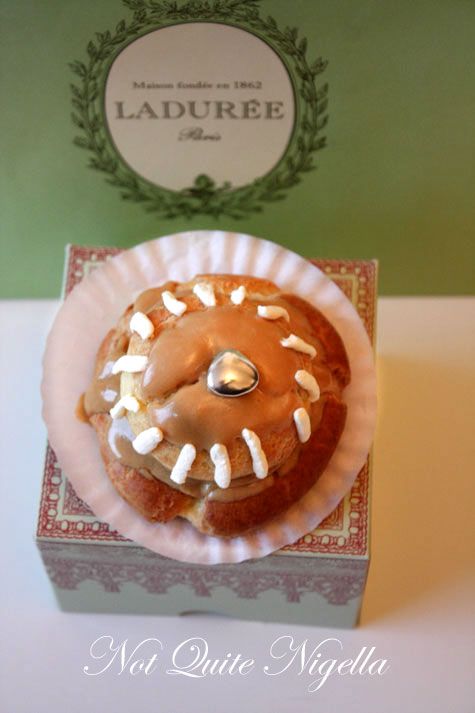 Anyway, given the timing Happy Bastille Day! Bastille Day was always something that my High School celebrated. I'm not quite sure why as we weren't a French school. Perhaps it was the chance to eat Pain au Chocolat and croissants for brunch. 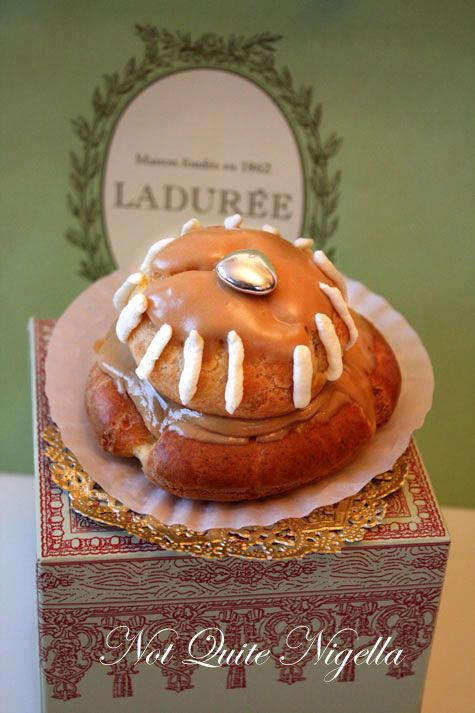 Step 1 - To make the pastry cream, place milk and coffee powder in a saucepan. Heat gently until the milk almost boils. Remove from the heat, whisk the yolks, sugar and cornflour in a bowl until thick and pale. Gradually whisk in the warm milk. Return mixture to same saucepan and stir over medium heat until the custard boils.  Spread over a tray to cool rapidly. Cover the surface of the custard closely with plastic wrap to prevent a skin forming, at 55°C transfer to a bowl and stir through butter and refrigerate to cool completely. 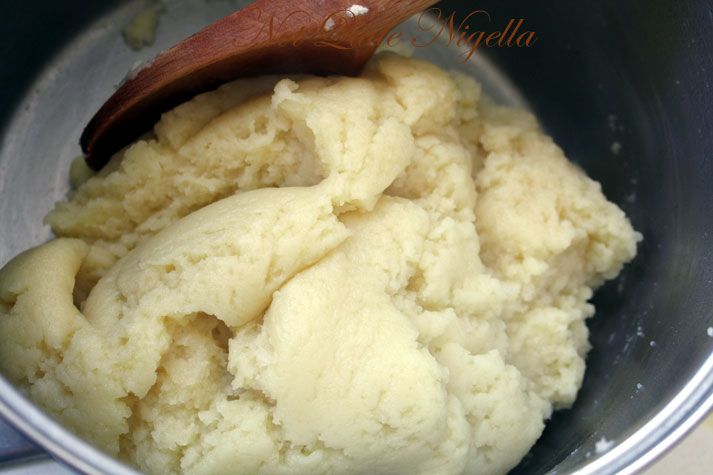 Step 2 - Preheat the oven to 210 degrees celsius convection. Lightly grease 4 oven trays and set aside. Combine the butter with water, sugar, milk & salt in a large heavy-based saucepan and bring to the boil. Remove from the heat and using a wooden spoon quickly beat in the flour. Return to the heat and continue beating until the mixture comes together and leaves the side of the pan. Cook, beating over low heat for 1-2 minutes to cook flour. Remove from heat and allow to cool slightly. 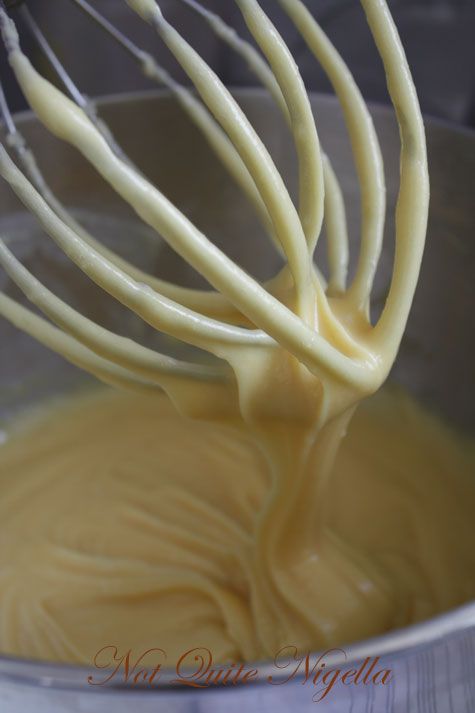 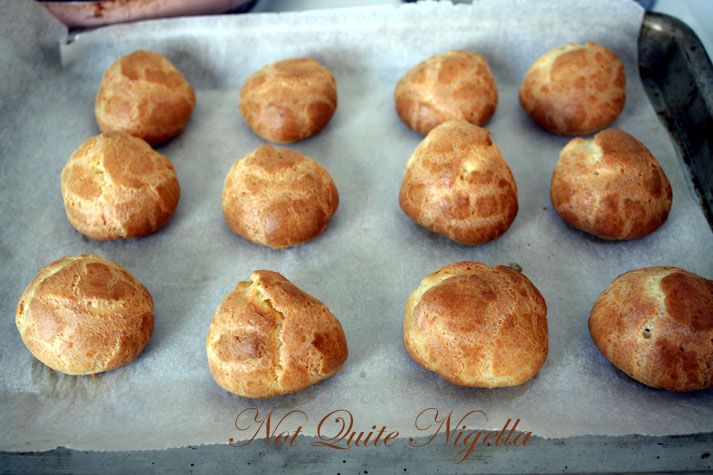 YAY puffed up and golden! 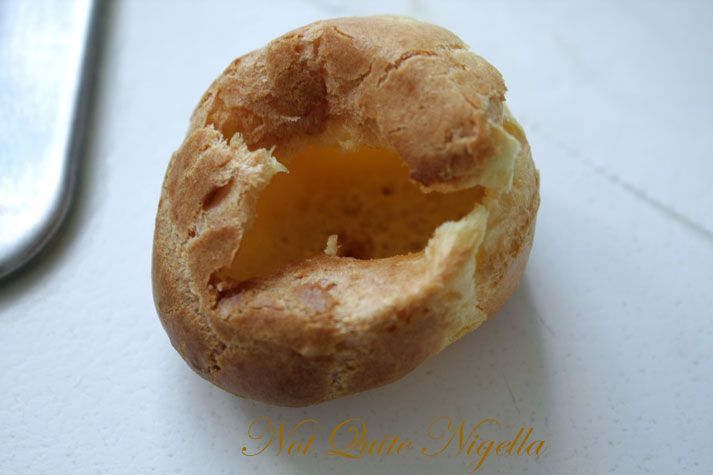 Step 4 - Spoon the choux mixture, in batches, into a piping bag fitted with a 1.25-1.5cm nozzle. Cover remaining pastry with cling film. Pipe mixture onto trays about 3cm x 2cm high leaving room for spreading. Bake for 20-25 minutes, in batches, or until firm and hollow when tapped. Prick a small hole in the bottom with a skewer to release the steam and return to the oven to completely dry out for 5 minutes. Transfer puffs to wire racks. 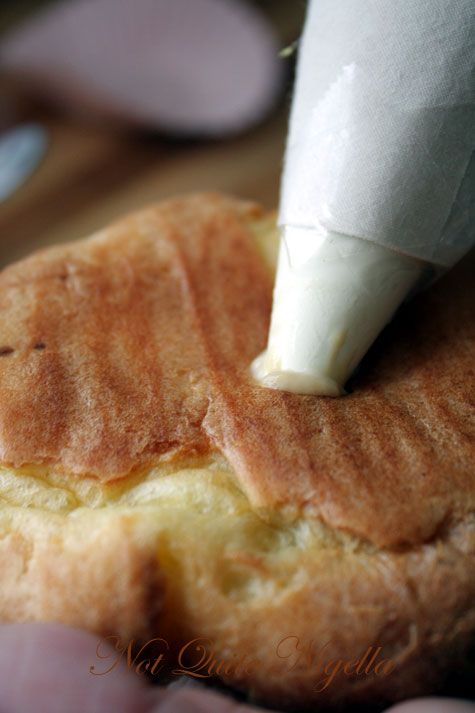 Step 5 - Put custard into a piping bag with a nozzle less than 1cm. Poke a small hole in the base of each puff and fill with custard.

Step 6 - Make the icing by placing sifted icing sugar in a bowl. In a small bowl mix the coffee with 1 tablespoon of the boiling water. Then add this to the icing sugar and stir until smooth. Add more water 1 tablespoon at a time until it is a dippable consistency that is not too runny.

Step 7 - Dip the puff bases in enough icing to coat and place icing side up on a tray lined with baking paper. Place a smaller choux on top of the larger choux and top with a large silver cachou. 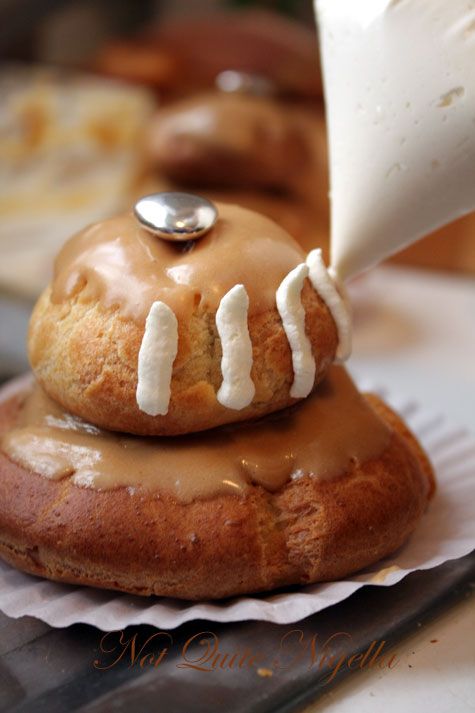 Step 8 - Pipe lines up the side of the smaller choux bun on top.

N.B. The puffs and custard can be made separately ahead of time and can keep in an airtight container for 3-4 days. If the puffs become soggy you can refresh them in the oven by baking them on 180C for 5 minutes until they become crisp again. 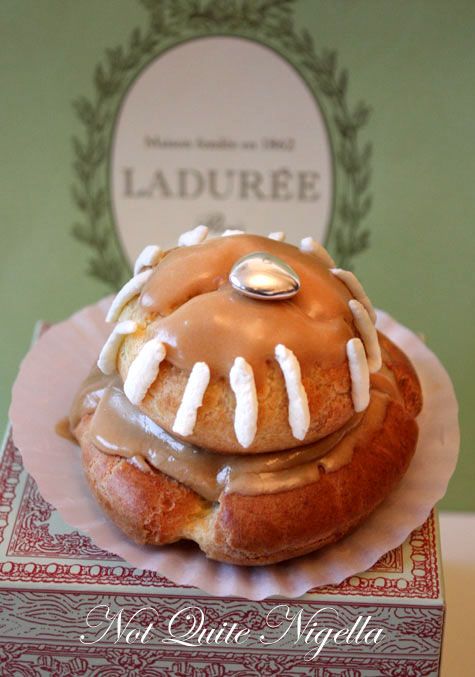