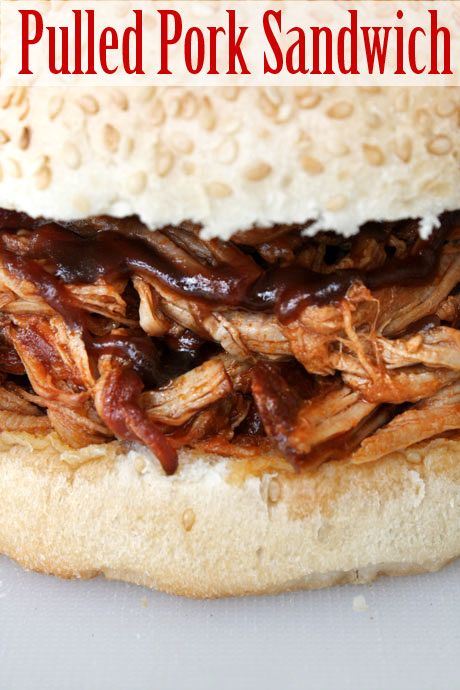 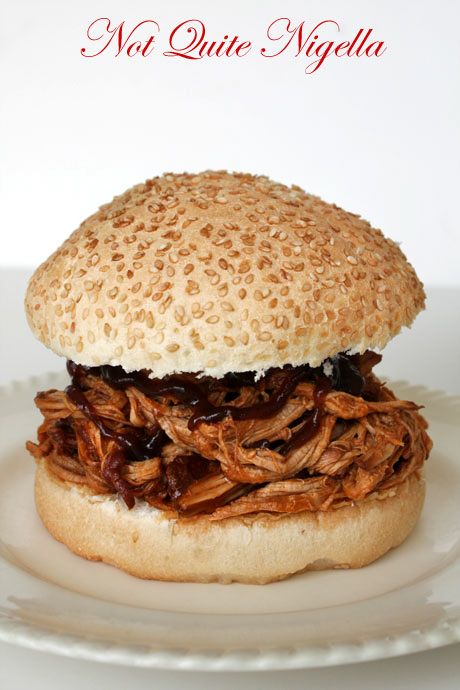 Pulled Pork is a relative newcomer to the scene here in Australia over the past few years. Previous to that, you'd hardly see it on restaurant menus. Traditionally made from the fatty part of the pork called the Boston Butt it's cooked long and slow. With this version, the Pressure Cooker replaces the fat in the Boston Butt so that it remains succulent and tender without an excess of fat. I was also worried that if I asked a butcher for some Boston Butt of Pork that he would think I was a crackpot ;) 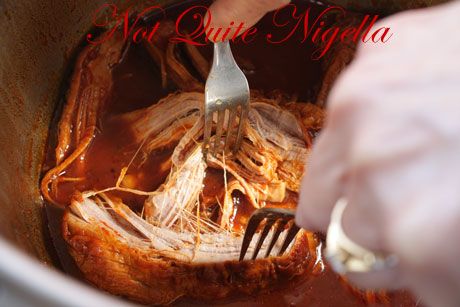 60 minutes after starting, the timer indicated that the Pulled Pork was ready and I apprehensively opened the Pressure Cooker. I always feel as if I won't know what sight might greet me when peering into the cavernous pot. I was relieved - it _looked _good. But the true test was the fork test. Was I able to pull it apart easily using two forks? I nudged one piece with a fork and it fell apart. I was ecstatic. I took a photo before I pulled it apart more and then set about pulling the rest of the pork apart. 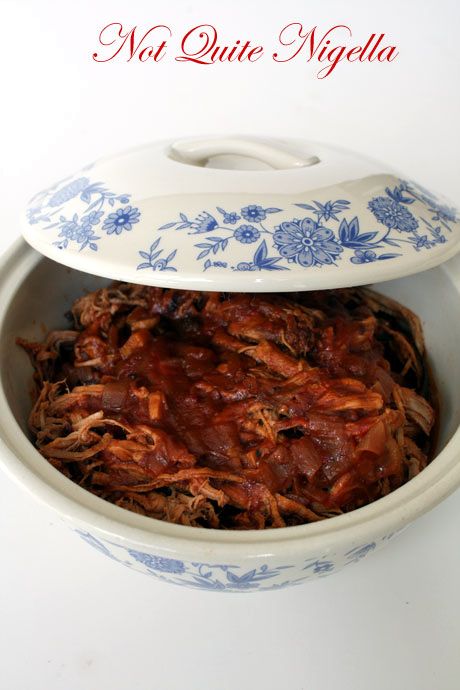 Setting the shredded pork on top of a toasted hamburger bun with some extra barbecue sauce I sank my teeth in. The bun was crunchy and the pork tender and soft. It was pretty much like a regular Pulled Pork which left me joyous and my husband contentedly munching, blissfully unaware that he was indeed eating a healthy version of Pulled Pork. When I told him he was slightly doubtful, stopped chewing for a moment and decided that it was better not to argue than simply to eat. 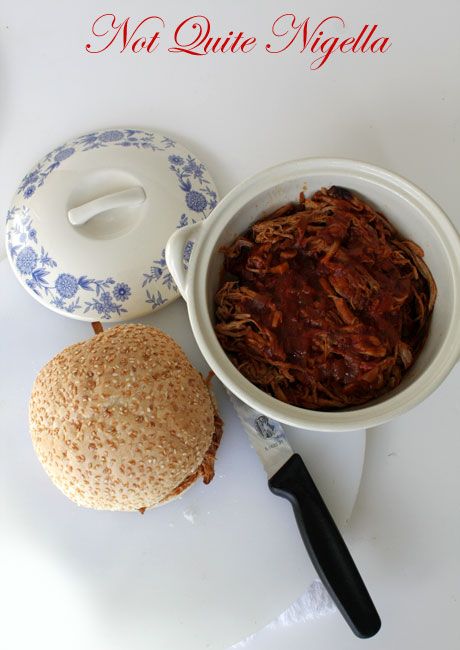 And psst! I will be interviewed on North Shore 99.3FM radio tomorrow oops today! I wrote this yesterday! At 10am discussing Not Quite Nigella and Freeganism! You can listen to it online if you visit the 99.3FM website. I'll upload a recording of this over the next couple of days.[ 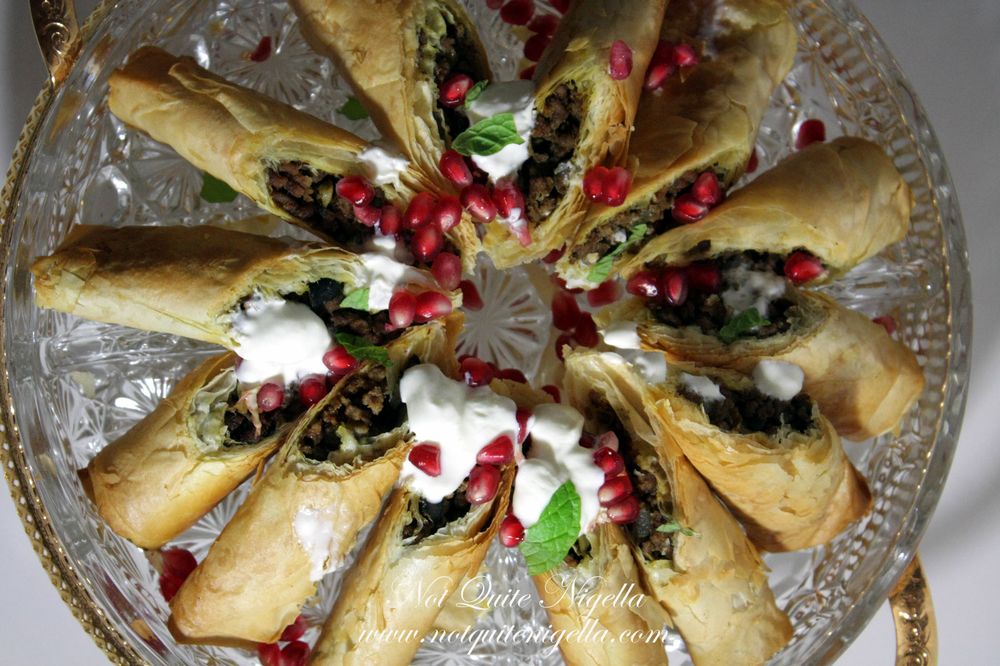 And because it's Wednesday again (wasn't it Wednesday just a day or two ago?) here is a new Wallpaper Wednesday - Beef and Olive Briouats!

So tell me Dear Reader, what do you trawl for late at night? 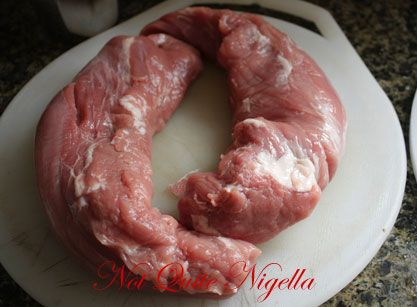 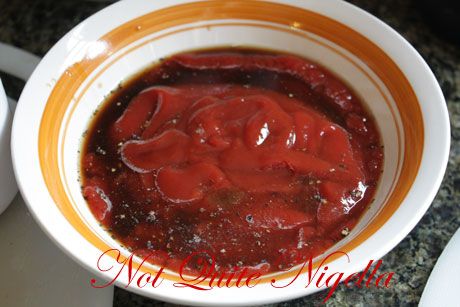 Step 1 - In a 6-quart pressure cooker, brown the pork tenderloin in the olive oil over medium-high heat. Add the onion and garlic, and sauté until softened. While the pork is browning, mix the other ingredients in a jug stirring to dissolve the brown sugar as much as possible. Add jug's ingredients to the Pressure Cooker once the meat is browned and the onions and garlic are softened and mix to combine. Bring to a boil, lock the lid into the pressure cooker and bring to pressure. 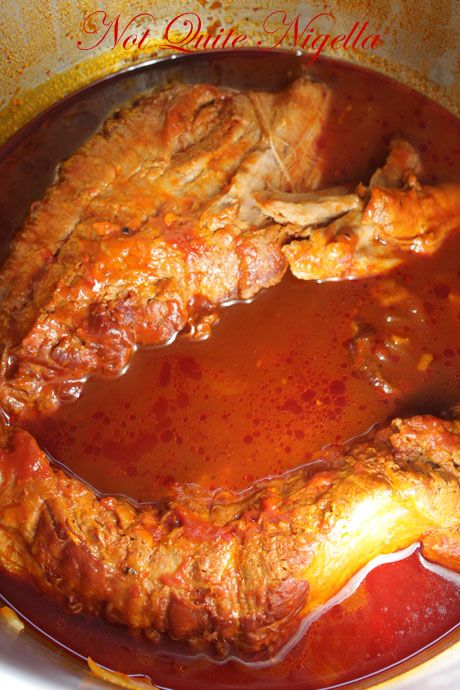 A gentle nudge with the fork and it fell apart!

Step 2 - Cook for 55 minutes at 15 psi or setting 2. Release the pressure and, using two forks, pull the pork into shreds. Toss the shredded pork in the pan drippings, if desired.

Step 3 - Split hamburger buns in two horizontally and toast lightly. Spread with butter and top with pork and then drizzle with Barbecue sauce. Serve immediately.