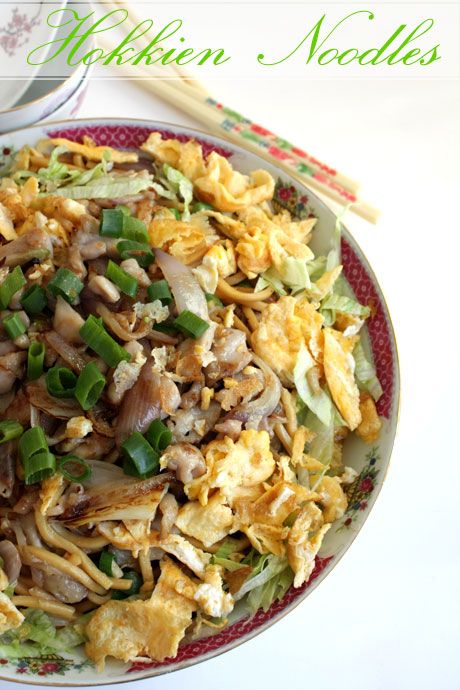 Pot Luck lunches or dinners can be a funny affair. All of my friends are great when it comes to Pot Luck meals and for some reason, we never end up with doubles and everyone always bring more than is needed. However a colleague of mine's friends can be a different matter entirely. She and her friends host weekly Pot Luck lunches and she often regales me of tales of Pot Luck Politics. One woman (the organiser, let's call her El Presidente) tries to corral everyone into bringing something different and therefore avoiding double ups. The Presidente has a Vice Presidente who has her ear closer to the ground and echoes her thoughts and follows up by calling people the night before to ensure that there are no dreaded double ups and god forbid, anyone changes their allocated dish. 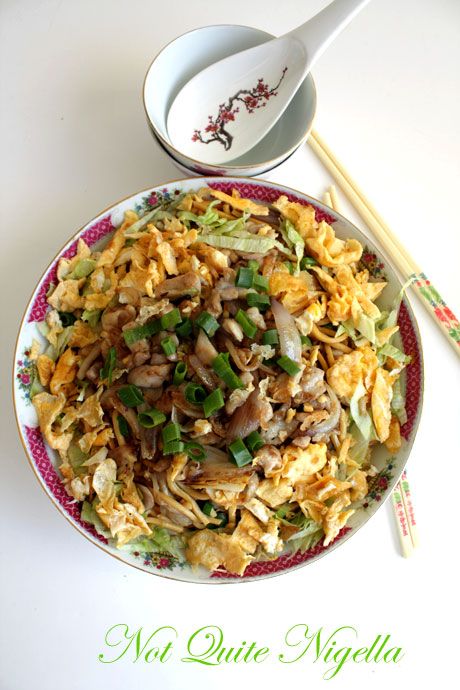 She tells me that most of "the people" fall into place but there is one couple that consistently never bring anything along but whom are close friends of the El Presidente so they are allowed to get away with it. When others ask them which dish is theirs they gesture around grandly at the whole table and say something vague like "I brought this" randomly pointing at someone else's dish of course fooling no-one. After the fifth time they did this, there was much grumbling among the people who have brought sumptuous items such as duck, prawns and pork belly etc. Then there are  some people that bring the cheapest thing you could ever make i.e. boiled rice which is all very fine if you're not the most moneyed up and they spend the whole time being observed eating the duck and the prawns. And you can bet they're being watched.

Then there's the psychological analysis. The dish that one brings is very telling. The people that bring the expensive dishes are the more generous souls whereas the people that bring the cheapest dishes are stingy on compliments and not such lovely souls. Sometimes, the stingiest are the wealthiest of the crowd. Sound like a microcosm of a city in one dining room doesn't it? ;) 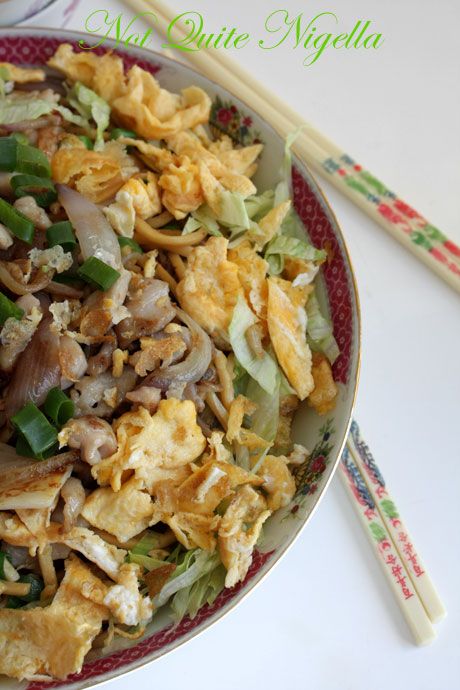 My mother is a Pot Luck participant from way back and there is one dish that my mum makes that I absoutely love and she has made it for group gatherings and it was also the most requested fried noodle dish growing up. It's versatile as you can make it vegetarian by replacing the stock powder with vegetable stock powder, the oyster sauce with a vegetarian version and adding tofu instead of chicken. I love the little pieces of chicken and the crunch from the lettuce and you could certainly char this more than we have to get that crunchy edge to the hokkien noodle.

So tell me Dear Reader, how are your Pot Luck dinners? Smooth sailing or fraught with political tension?

Step 2 - Beat the 2 eggs in a bowl and with some oil in the saucepan fry them as a thin omelette. Remove from the pan, slice thinly and set aside. 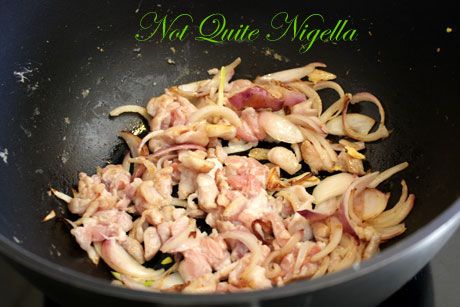 Step 3 - Add a little more oil and fry the sliced onion, garlic and ginger until onion is translucent and then add the meat and fry until cooked through. Remove from the pan and place in a dish.

Step 4 - Fry the bean sprouts and remove from the pan and place in a dish. Wash and dry the pan. 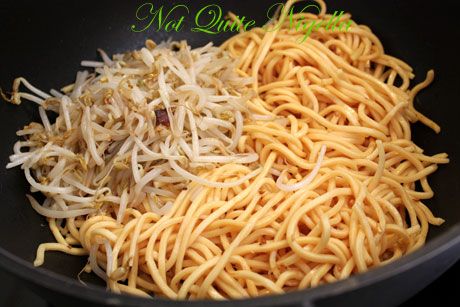 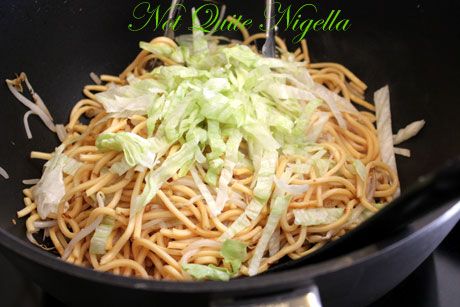 Step 5 - While pan is reheating, mix all sauce ingredients together in a small bowl. Add oil and fry noodles being gently so as not to break them up.  Add cooked bean sprouts and a handful of the lettuce. 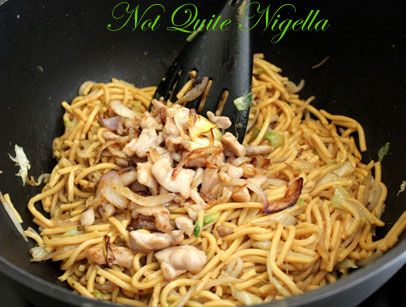 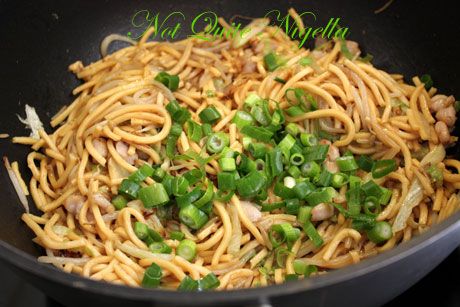 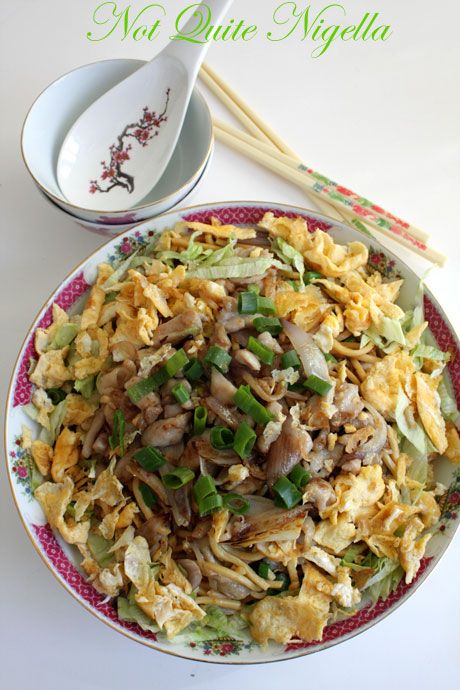