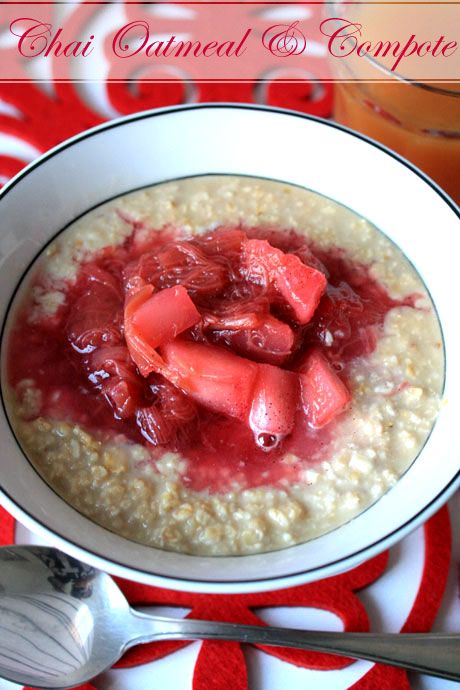 I don't get up early for many things. Come the weekend, if I must rise before 9am I become a crankypants of the most irritable sort and it takes a lot of good food and shopping to get me back to normal (whatever normal is for me). This weekend was different however. I needed to rise at 4am and not only this, but I had to do it 2 days in a row (but once you hear why, you'll understand why I didn't kvetch too much). And I needed to make myself a breakfast that wasn't too taxing but would mean that I wouldn't wilt come 8am. 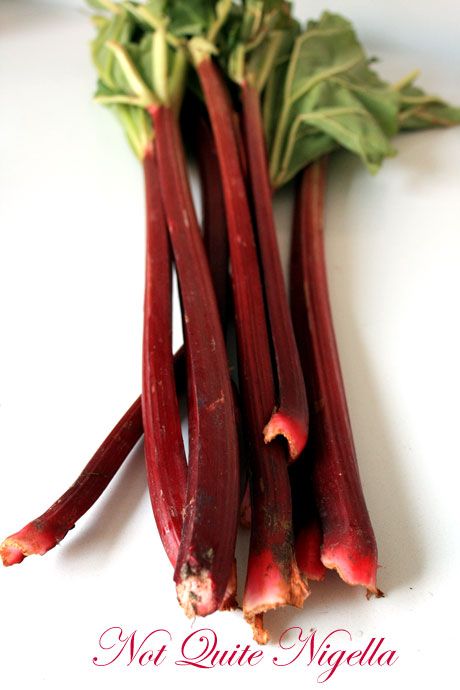 This breakfast was riddled with inspiration. I first read about the idea of Chai Porridge Oats with stewed Rhubarb only a couple of days before on Betty's site and I immediately thought "what a brilliant idea!" and saved the idea until the weekend. I pondered it further thinking to myself rhubarb, rhubarb, rhubarb as they say, and then I suddenly recalled wanting to replicate the rhubarb and pear compote I had eaten at Le Grand Cafe a month or two earlier. I had loved the stuff so much I had asked if it were available for purchase even asking Justin North (yes my stomach really does the talking) who said there were plans for it to be made in the future. 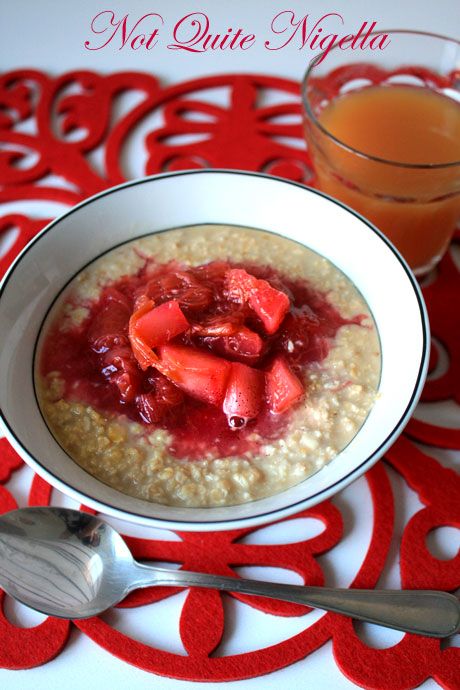 Slightly placated knowing that I could at some stage in the future purchase some, the urgency died but the urge didn't so I decided to make my own. It was easy, rhubarb is in season now and its glorious magenta stems can be seen everywhere at very reasonable prices. The oats were delicious if I do say so rather boastfully and Mr NQN asked for seconds (there weren't any so I just made a second lot). From begining to end the whole thing took about 10-15 minutes which was entirely doable even on this early, early Sunday morning. And what got me up this early my Dear Readers? Ahh that's a secret until tomorrow although I'm sure 6,000 Sydney siders can probably guess! 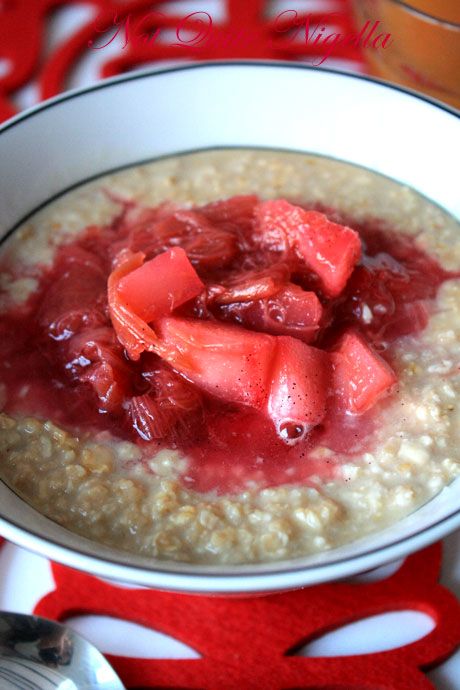 So tell me Dear Reader, what gets you up on a Sunday morning? The promise of breakfast? Children? Or horrifyingly, an alarm?

An Original recipe by Not Quite Nigella

Step 1 - Firstly, get started on the compote as that takes slightly longer. Place water and sugar in a medium saucepan and dissolve sugar on medium-high heat. Add rhubarb and cook until rhubarb is tender (about 5-10 minutes) and then add pear in during the last 2-3 minutes if the pear ripe or 5 minutes if hard. Add vanilla and stir.

Step 2 - Meanwhile, while compote is cooking, make porridge by combining chai and oats in a small saucepan and cooking until done (about 5 minutes). Add in sugar and taste. Ladle oatmeal into bowls and add some rhubarb and pear compote.