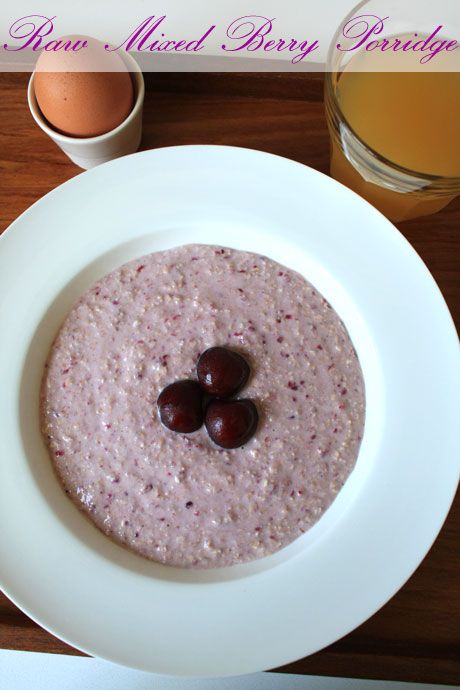 I know I scared you there for a moment didn' t I? Don't worry Dear Reader, this hasn't turned into a health and well being blog.  Rest assured I followed this brunch up with a slice of bacon and a poached egg. This is more my softly, softly approach to health and fitness although I should divulge my lack of credentials for this task. I've never been hired in a professional capacity to offer fitness advice - my inherent laziness prevents me from doing this. Not so much a code of ethics but a code of incompetence.

Case in point: we recently went to Jenolan Caves in the Blue Mountains over the Christmas break and there were three different leves of cave tours from easy tracks to strenuous. I leaned over and whispered at the the woman behind the ticket counter:

"Umm look I'm able bodied but _very _lazy. Tell me honestly, which level would suit me?".

She laughed - perhaps she has heard this before, and gestured at the crowd in the line behind me. There were pensioners, the middle aged and small children.

"I think you'll be fine with the strenuous level dear" she said chuckling. 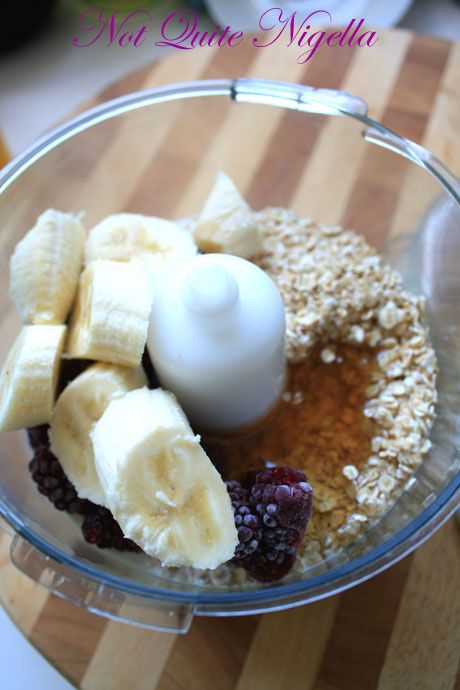 It turns out I was totally fine but my legs ached as the muscles that are surprisingly not used sitting at a computer or baking in a kitchen were given a work out for the first time in a long time. Then this whole New Year's Resolution thing reared it's ugly head again and I thought that I ought to at least try to introduce a novel healthy meal more often, if only for curiosity's sake. So this is my first for the year, a raw mixed berry oatmeal porridge. Raw because apparently Demi Moore and other Cougar/MILF hotties are on raw food diets and this is apparently the source of their ever youthful appearance (and not plastic surgery or young playthings). Porridge, because it's terribly good for you and lowers cholesterol and is low GI. Berries, because they're full of antioxidants and banana because it's high in potassium and fibre. 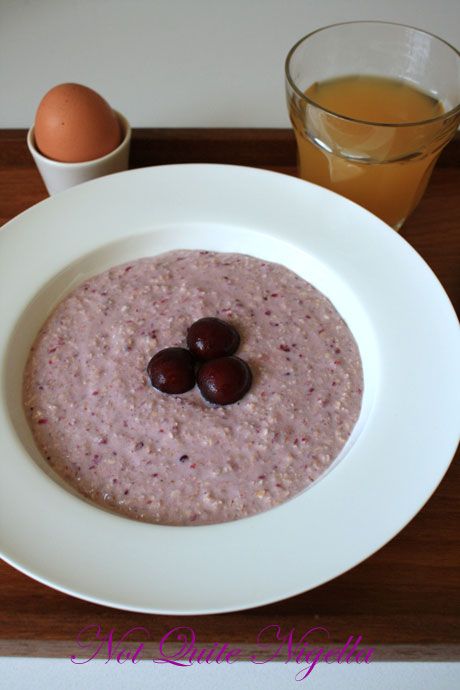 I have to admit it's not bad at all, quite pleasant in a raw kind of way and freakishly easy to make which makes it instantly more appealing on a Sunday when my legs ache from doing other health giving pursuits.

So tell me Dear Reader, are you still on the healthy New Year's bandwagon, fallen off it or were you never on it in the first place? 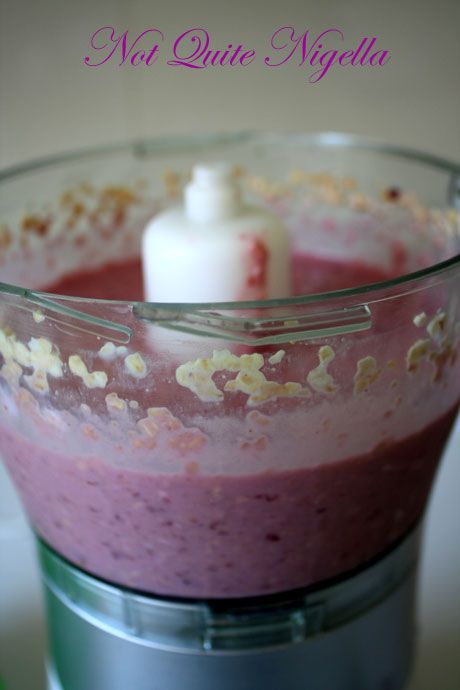 Step 1 - Place all ingredients in a food processor and blend until smooth. 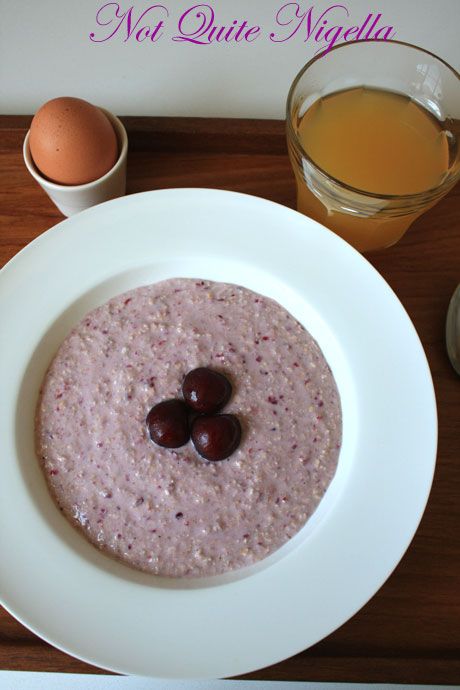