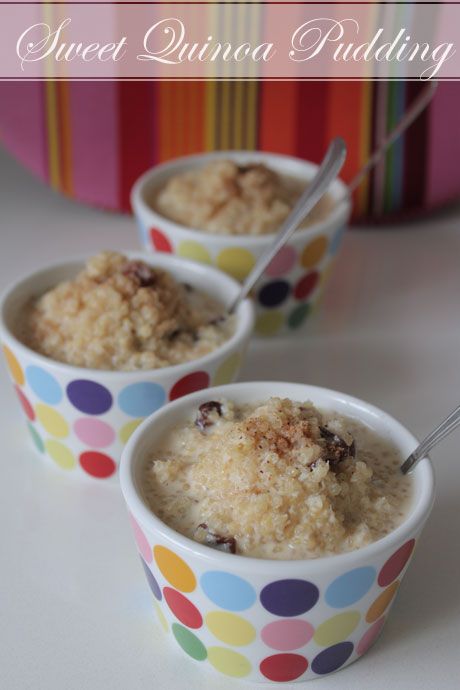 My friend M once gave me a packet of quinoa for Christmas and it sat on the pantry shelf for the longest time. I would occasionally glance at it and talk to it. "I know I'm ignoring you but I don't know what to do with you" I'd say to it like a parent to an unruly teenager on at least on 5 or 6 occasions and then I'd shut the cupboard door like I was the parent shutting the bedroom door on this grounded teen. All I knew was how to pronounce it, keen-wa if you're curious ( pronounced a bit like Joaquin Phoenix backwards but without the beard and strange behaviour). I had hoped that something would come along to inspire me to make something with it. And like magic it did in the form of a Peruvian cooking class. I'm ashamed to admit that I never knew that quinoa originated in the Andean mountain region so the quinoa probably had no idea what I was saying to it in English ;) . 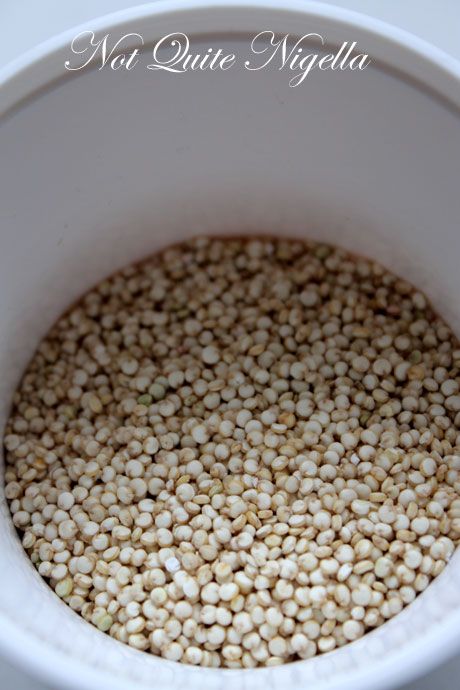 I thought that it was close to couscous and was a fluffy grain that would go well with a stew or a tagine. It could most certainly but Peruvians also look to it as a substitute for rice too. It's high in protein and gluten free and when I was shown how to make a sweet porridge version that could be used as a substitute for porridge in the morning or rice pudding as a dessert I was delighted. Although I am not particularly gluten intolerant I liked it for the texture and the fact that it doesn't weigh you down like rice can. In fact Mr NQN who doesn't like risotto, liked the pumpkin risotto made with quinoa. 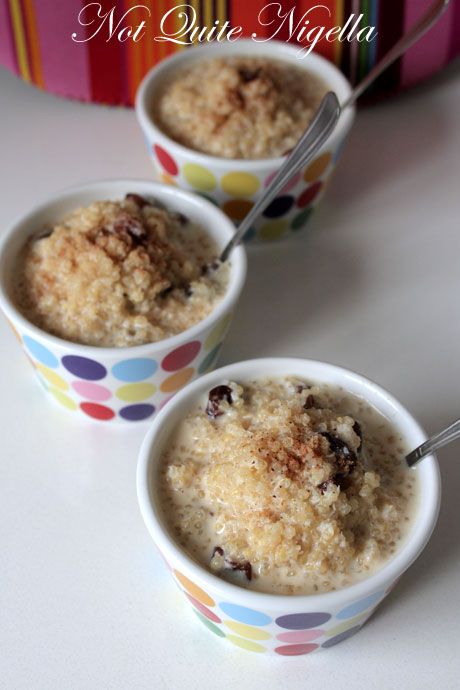 I hate it when breakfast weighs me down (and it often does which is why I skip it a lot of the time) and also as a dessert, it's relatively light especially if you've preceded it with several courses of food. I made this one lazy weekend morning and we loved it so much that we had it for that evening for dessert. And aren't the bowls cute? They're a birthday gift from my wonderful friend The Second Wife!

So tell me Dear Reader, is there an ingredient that you just don't know what to do with?

Adapted from Chef Saravia from A Taste of Peru 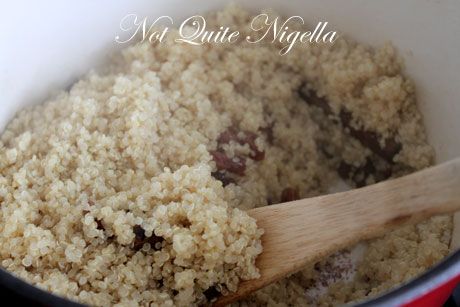 Step 1 - In a heavy based pot bring 4.5 cups of water to the boil and add currants, cinnamon, cloves and orange skin. Turn the heat down to a low simmer and stir in quinoa. Place lid on the pot and book for about 20 minutes on a very low heat until the water has been absorbed. 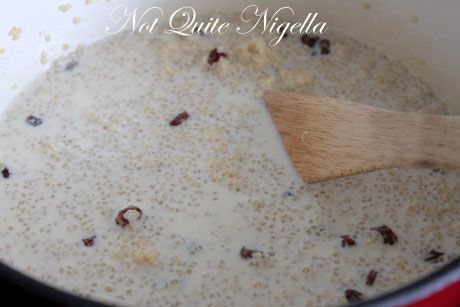 Step 2 - Once the quinoa is cooked (it should have a little texture to it but it should not be hard), add evaporated milk and sweetened condensed milk and cook for 5 minutes on a low heat making sure that it doesn't catch or burn (low heat and constantly stirring helps in this regard). Add coconut and then serve warm or chill and serve. 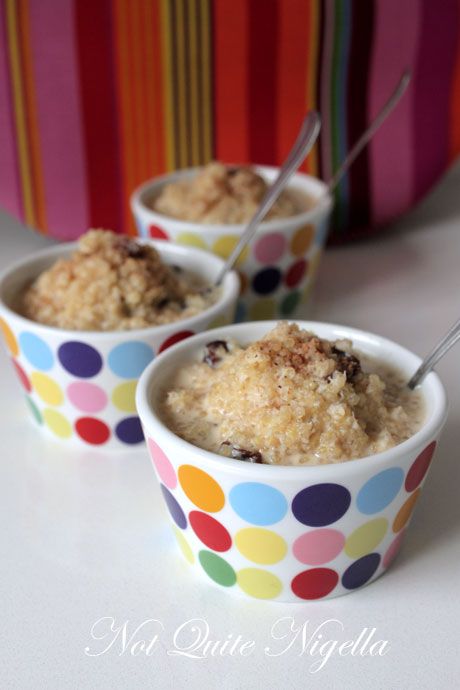