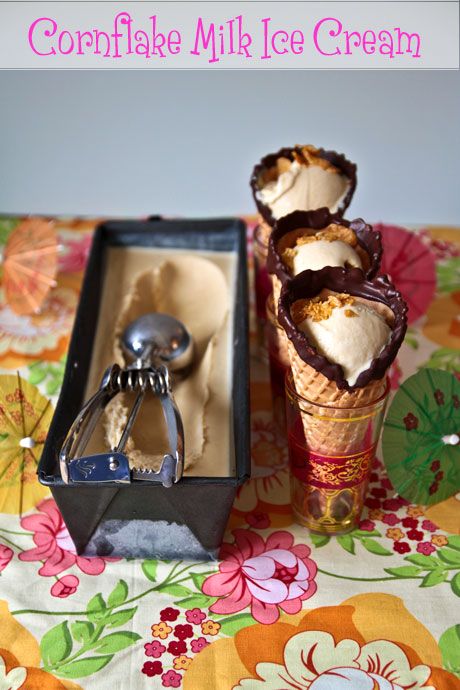 I felt like a slight fraud writing about ice cream. You see I make plenty of it but I have never been able to eat a whole scoop of the stuff. In fact like the child that plays with the box rather than the toy (that was me, I love boxes) I prefer to eat the waffle cone dipped in chocolate than the ice cream itself. It was like when I missed the point of a toy and would prefer making noise and banging on the boxes. Nevertheless Mr NQN, who was the child that never got toys, prefers the toy itself- the ice cream. He can eat vast quantities of it, his mother telling us that the first time he ever ate ice cream, he had a serious makeout session with it and consumed 16 ice creams.

I first heard about the idea for this cornflake milk ice cream which is served at Momofuku Milk Bar and created by dessert chef Christina Tosi.  When I used to eat cereal for breakfast as a child I loathed the actual cereal which got soggy so quickly but loved the sugary, flavoured milk. It was as though Christina was sitting next to me at the plastic floral yellow tablecloth covered table and scrunched her face up at the same time as we when we had to eat the cereal part. Even today I eat cereal but only dry and often with a spoonful of peanut butter. 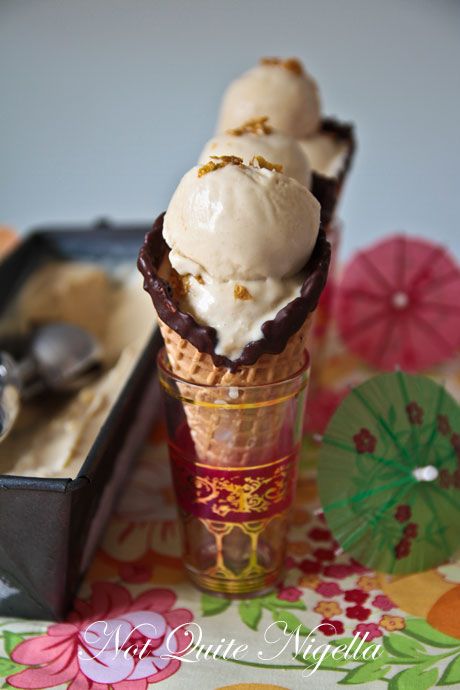 The base for the flavour is cornflakes soaked in milk. These are then drained and pressed to extract all of the malty goodness out of them. The flavour was subtle but I wanted a bit more so I added some milk powder which Christina uses a lot in her baked goods to give an interesting depth of flavour as it is like "the msg of baked goods" as well as some malt via some Horlicks powder. You then make it into a French ice cream base with egg yolks and cream and before you know it, you are churning it (or not, it doesn't need churning) and trying hard not to eat it. The resultant ice cream is a delectable one where people murmur their appreciation while their brain ticks over trying to place the flavour. When you tell them that it's cornflake milk they exclaim "of course!" and then their brain placated, they continue eating.

Of course I had to serve it in a waffle cone, dipped in a ring of dark chocolate-and a safety measure was to pop a good amount of chocolate in the bottom of the cone and chill it so that any ice cream wouldn't run down onto your clothes. I'm a practical gal after all ;)

So tell me Dear Reader, are you a cone or a cup person? And what's the most unusual ice cream flavour you've eaten? 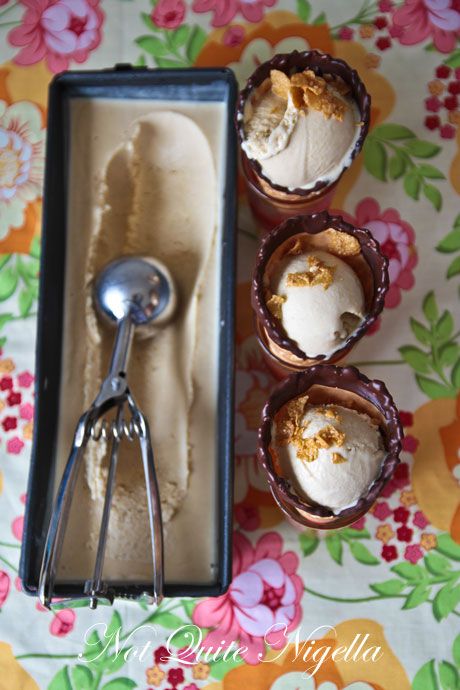 An Original Recipe by Not Quite Nigella inspired by Christina Tosi 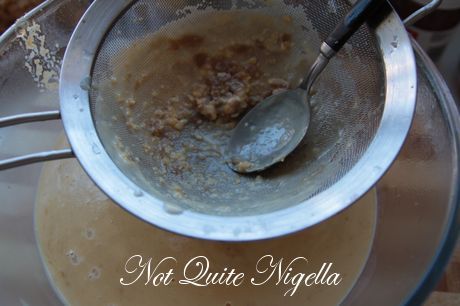 Step 1 - In a large bowl or jug steep the cornflakes in the milk for at least 1 hour (or overnight). When steeped, strain the cornflakes through a sieve-you will end up getting about 2 cups of milk back from the original 4 cups. You can discard the cornflakes but that seems like a waste so I gave some to Mr NQN who doesn't mind soggy cornflakes-bless him! 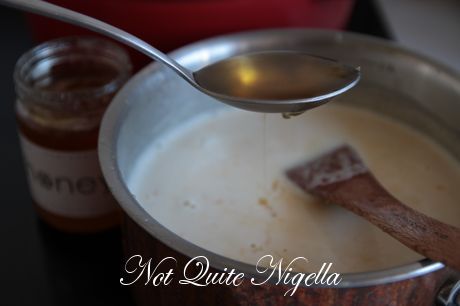 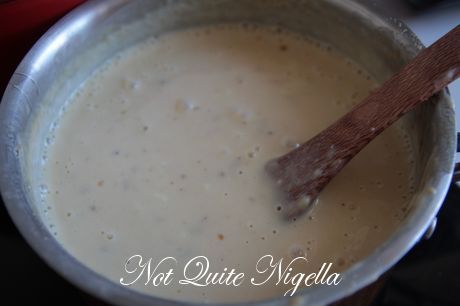 Step 2 - Mix the milk powder and Horlicks with the infused milk and heat the milk and cream in a large saucepan until almost simmering and then turn down to low. Meanwhile, whisk the egg yolks and sugar in a jug. Add this to the creamy milk mixture and stir constantly to make a custard. Add the honey and salt and stir. Strain through the sieve if you want to (to get rid of any lumps). 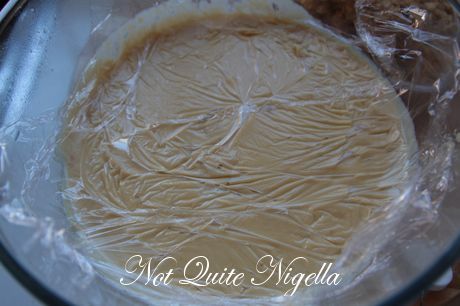 Step 3 - Place a sheet of cling wrap directly on top of the custard to prevent a skin forming and then cool and refrigerate until cold. This is a French custard method of making ice cream which results in a thick, creamy ice cream that doesn't need a churner. However you can churn it in a churner if you would like once it gets cold. Or you can transfer it into a freezer proof container into the freezer where you can freeze it until set.  Serve with extra cornflakes on top. 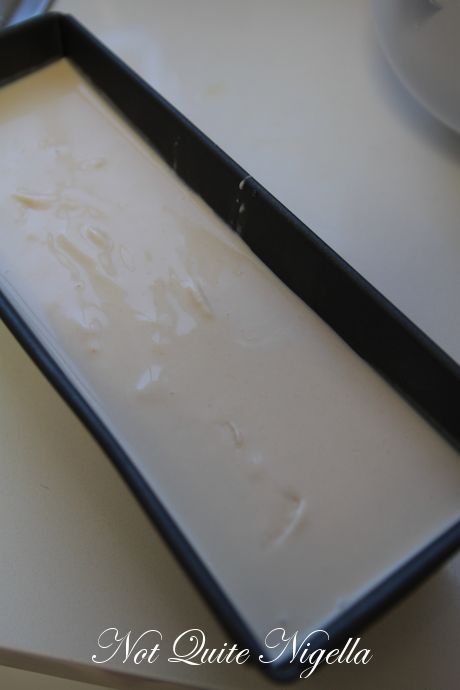 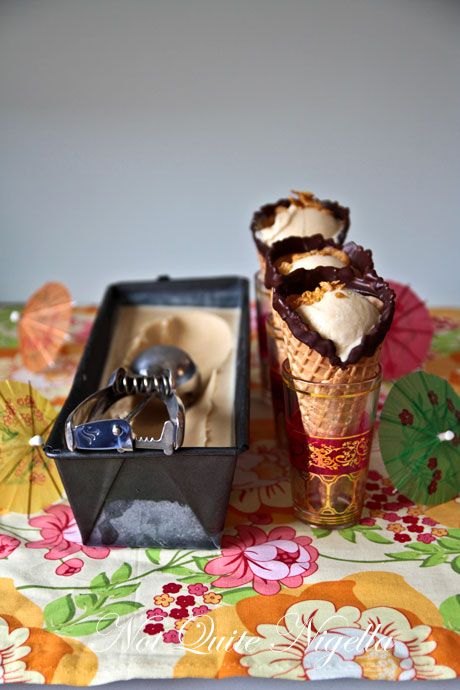