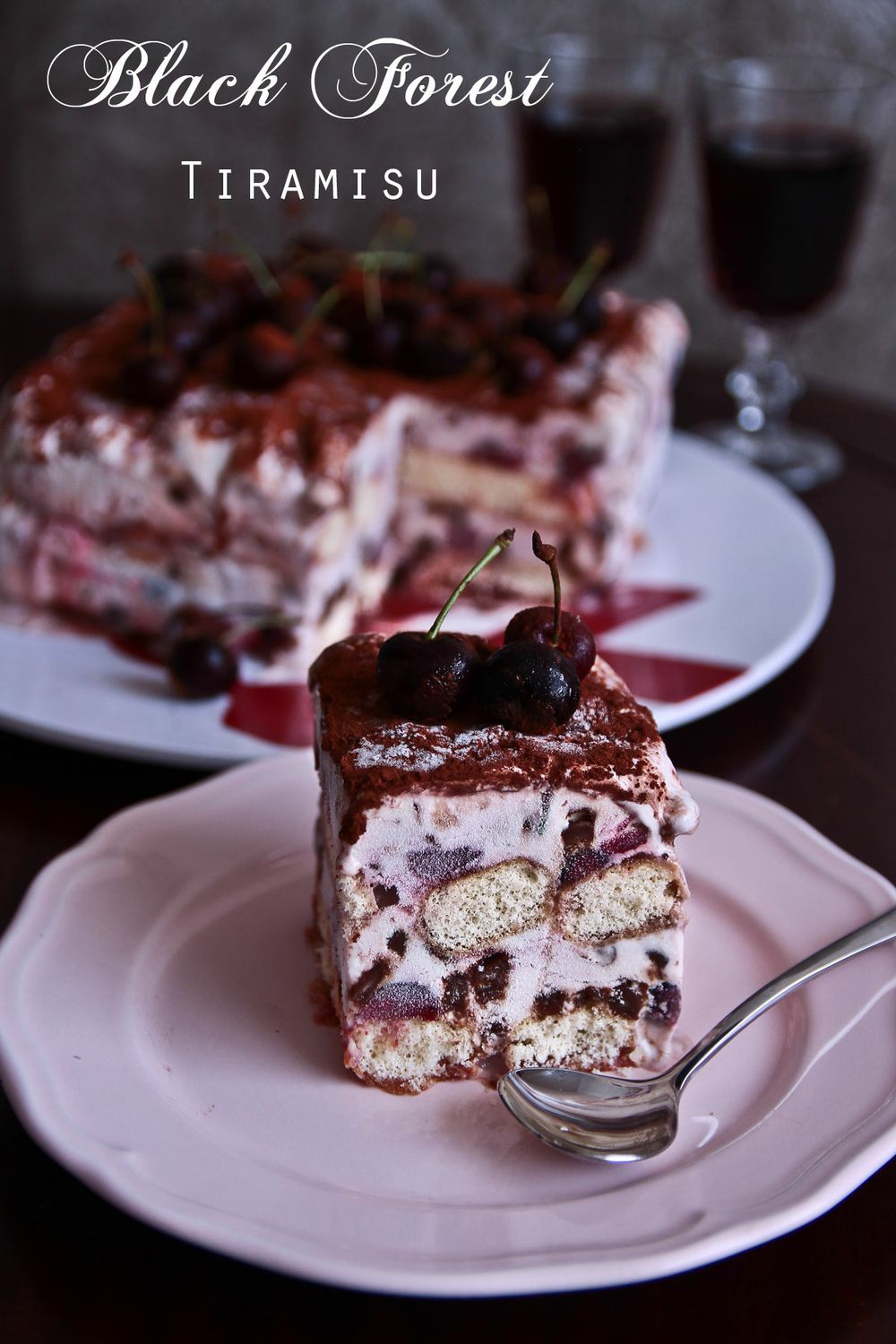 The other night I had a dream about someone. Not someone I know personally and it was someone that I didn't really care for either way. It was Ryan Gosling. Now I know that rational men and women will willingly throw their underwear at this specimen of man-dom but I was one of those few that watched Drive and left nonplussed and bored. 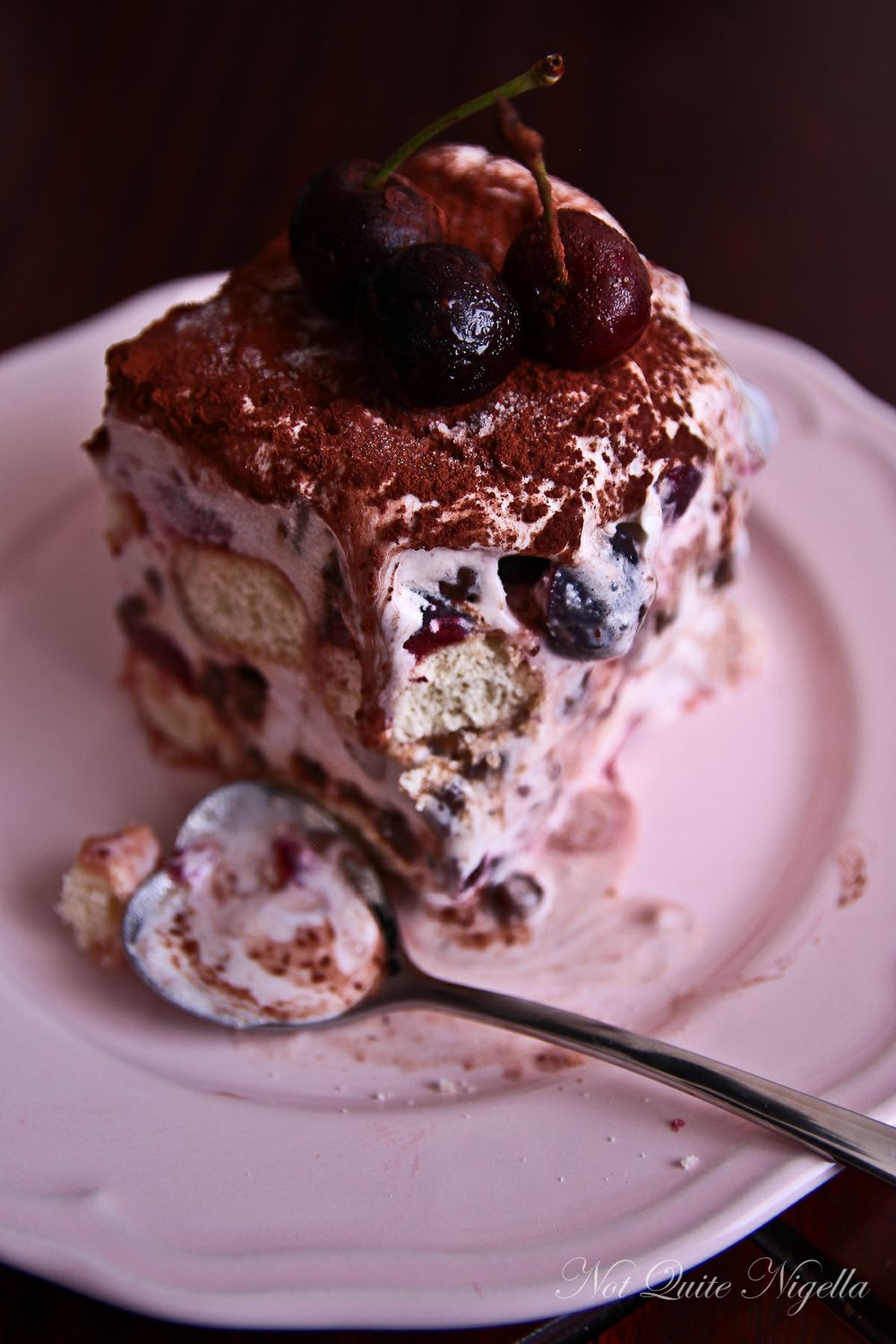 Until I had a dream about him one night in which he was utterly charming and lovely and now, I think he's kind of fabulous. Which got me to thinking, wouldn't it be a great idea if you could somehow insert yourself into someone else's dreams? If you wanted to be the object of affection or lust and somehow you could make them dream wonderful things about you? I scarcely remember the dream now but all I do remember is that he was down to earth and charming (two things he really wasn't in Drive) and suddenly, I'm less "meh" and more "hello!" And once I had a dream about a rather unappealing colleague and the next day, I saw him through new eyes. It even scared me and I'm sure it confused him a great deal.

Which brings me to food dreams which I have from time to time. Sometimes, companies ask me to develop recipes for them and I was asked to create one for Cloud 9 frozen yoghurt which ended up coming to me in a dream. I had three flavours to play with: one was Limoncello Bliss with a come hither lemon curd swirl (as good as it sounds); one was Strawberry Dream with biscuit and strawberry pieces (divine!) and Vanilla Heaven with raspberry ribbons and chocolate fudge bits (my other favourite). It's as if Ben and Jerry's chunks mated with frozen yoghurt and made a super version.

I was one of the lucky ones that got my tub of Cloud 9 sent up into the clouds. Above is a lovely little video of the journey of my tub of Limoncello Bliss. Of course, not every tub is made like this (although how fab would that be?). My tub had a camera attached to it before being sent up into the clouds and after freezing in the atmosphere at -47C it parachuted its chubby bottom down-mine into a filed of wheat. Apparently, mine ended up travelling the furthest and off the map-ha! I shan't read anything into that shall I? 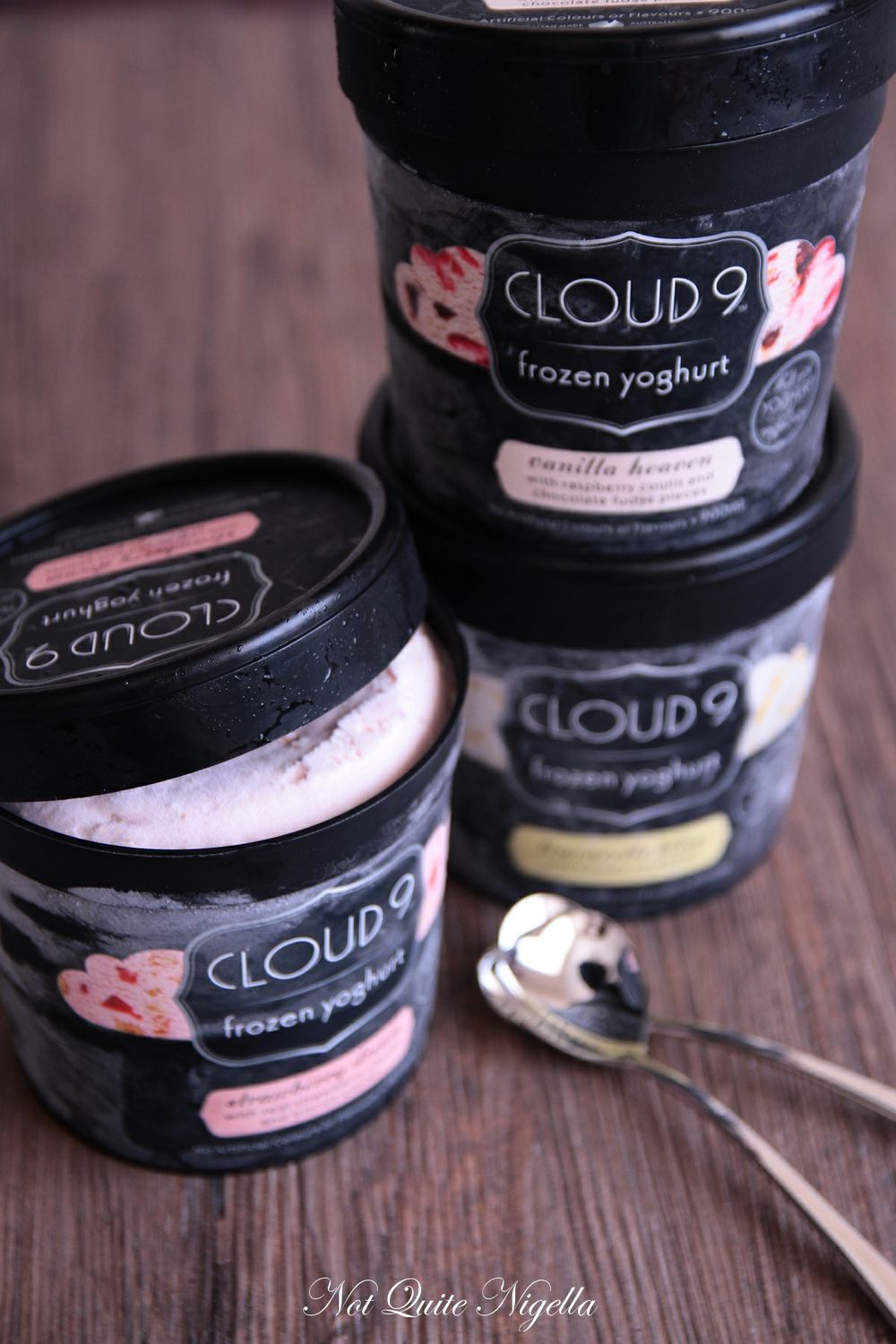 A while back, I was toying with the idea of a frozen tiramisu but sort of left it when winter came and I abandoned the idea. Then I got two tubs of each of the three flavours and a couple of nights later, I dreamt of a black forest tiramisu. I'm sure everyone knows and loves tiramisu but this version is made quicker because you don't need to make the mascarpone and egg mix and because there is no raw egg, it is suitable for everyone to eat. You could make it ahead of time with the preparation taking 15 minutes from beginning to end if you use pitted sour cherries.

Another plus is frozen yoghurt is lower in fat than regular ice cream and this is smooth and true to flavour and two tubs will make a tiramisu large enough to feed at least a dozen people. If you prefer it sweeter of course you could use an ice cream . Either way, just be sure to leave it in the fridge for about 30 minutes before you serve it so that it takes on cloud-like proportions.

So tell me Dear Reader, have you ever had dreams that tell you what to do and do you listen to them? And has a dream ever changed your opinion of someone? And are you team frozen yoghurt or ice cream? 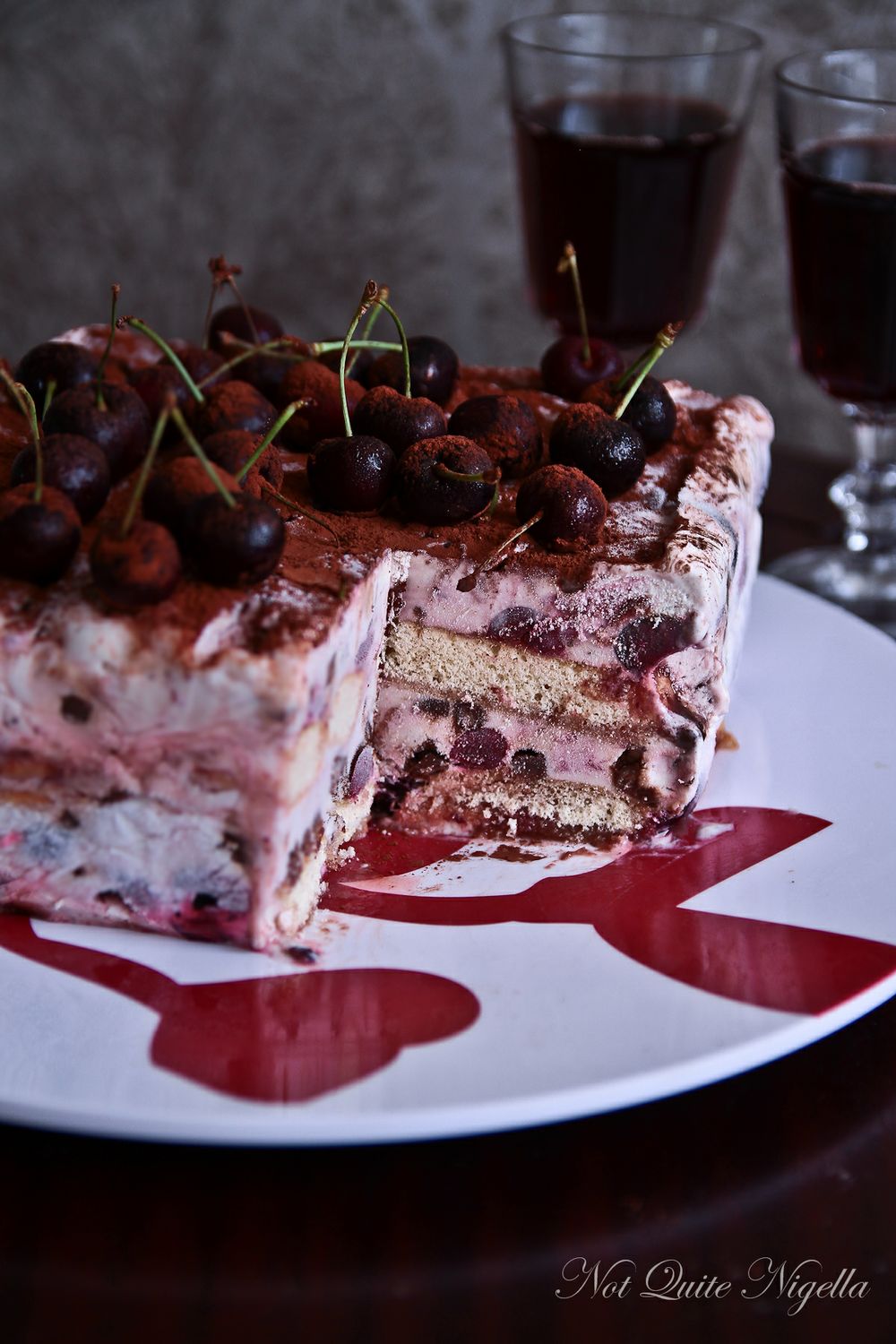 Step 1 - Firstly, line a 20x20cm or 8x8 inch square tin with cling film laving some overhanging so that you can cover the tiramisu at the end. Pit the cherries so that they're ready (unless you're using pitted sour cherries which is even easier). Make sure that there is room in your freezer for this and take out the two frozen yoghurts so that it can soften. Have a small angled palette knife ready. 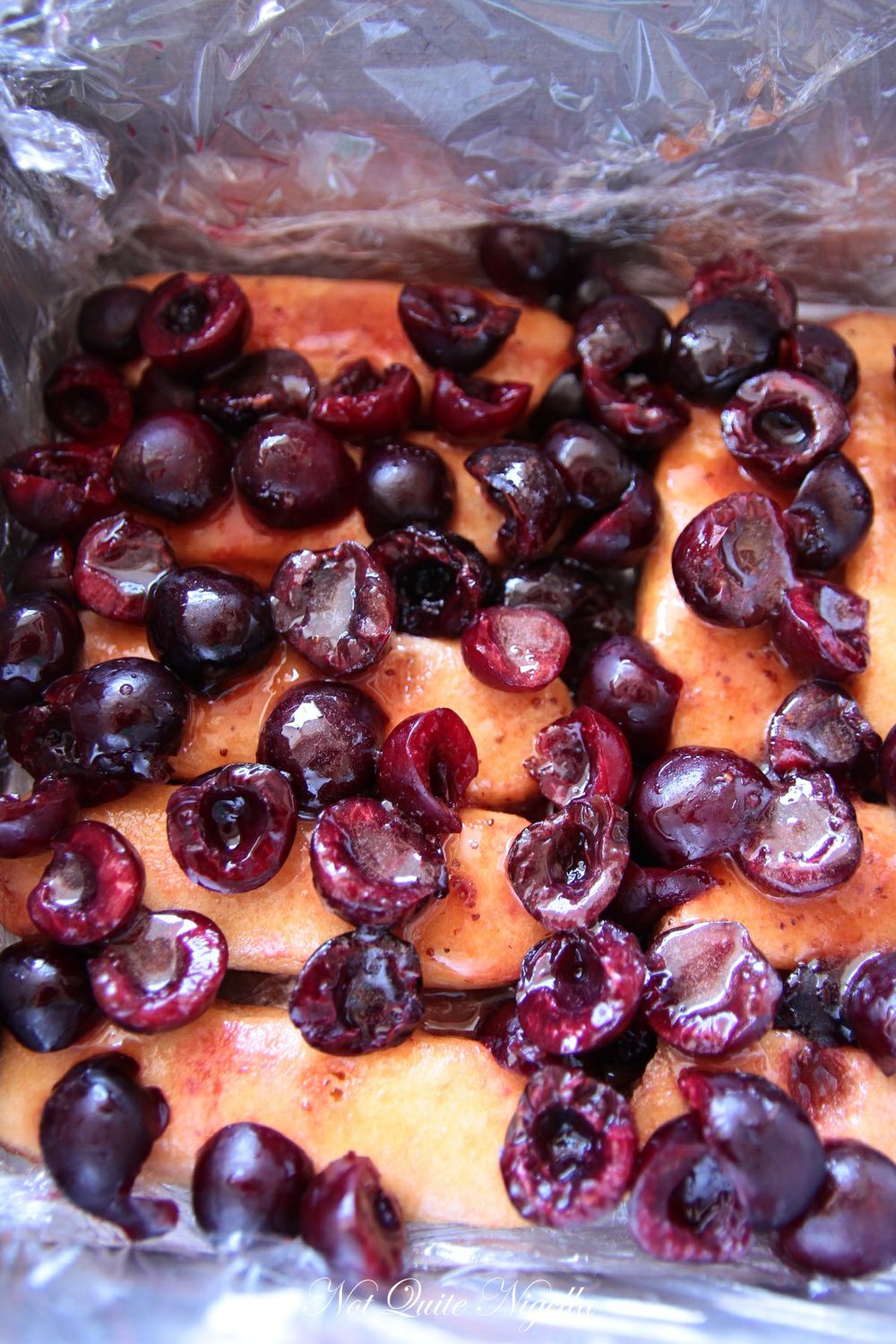 Step 2 - In a small food processor or blender, blend the jam and the liqueur together. Then place the liqueur in a bowl and dip the sponge fingers in these soaking well (leave them for a little longer as they'll go straight into the freezer and won't have time to soak as they do with a traditional tiramisu which is set in a fridge). Lay these soaked fingers out in a layer in the prepared tin. Spoon a few tablespoons of the liqueur mixture over too. Then add half the cherries in a layer on top of the sponge fingers. 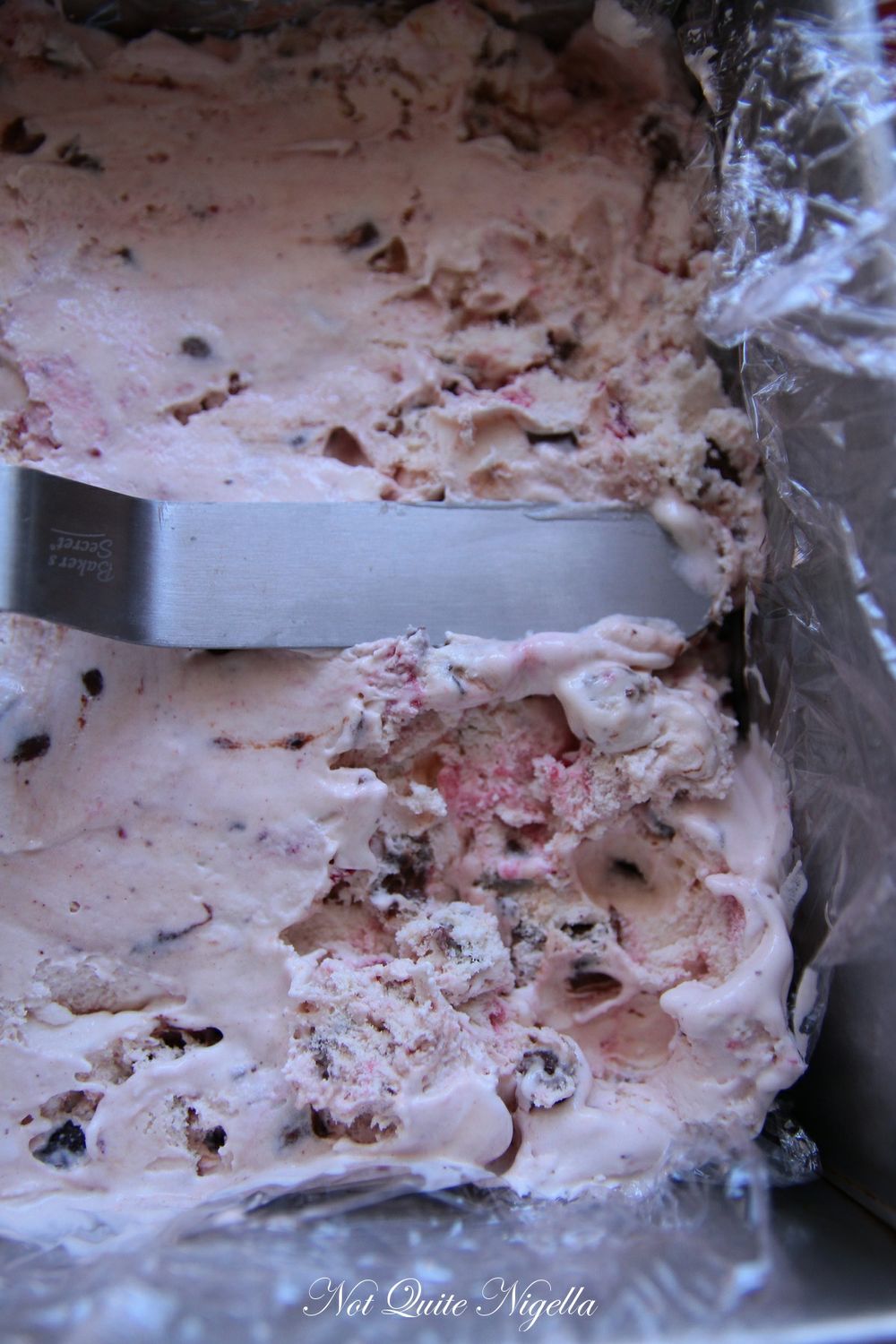 Step 3 - Once the frozen yoghurt has softened a little so that it can be spread, spread a layer of it onto the fruit and biscuits and use the angled spatula to smooth it over (it's not strictly necessary to have it smooth but it helps to push it down and make it the layers firmer). 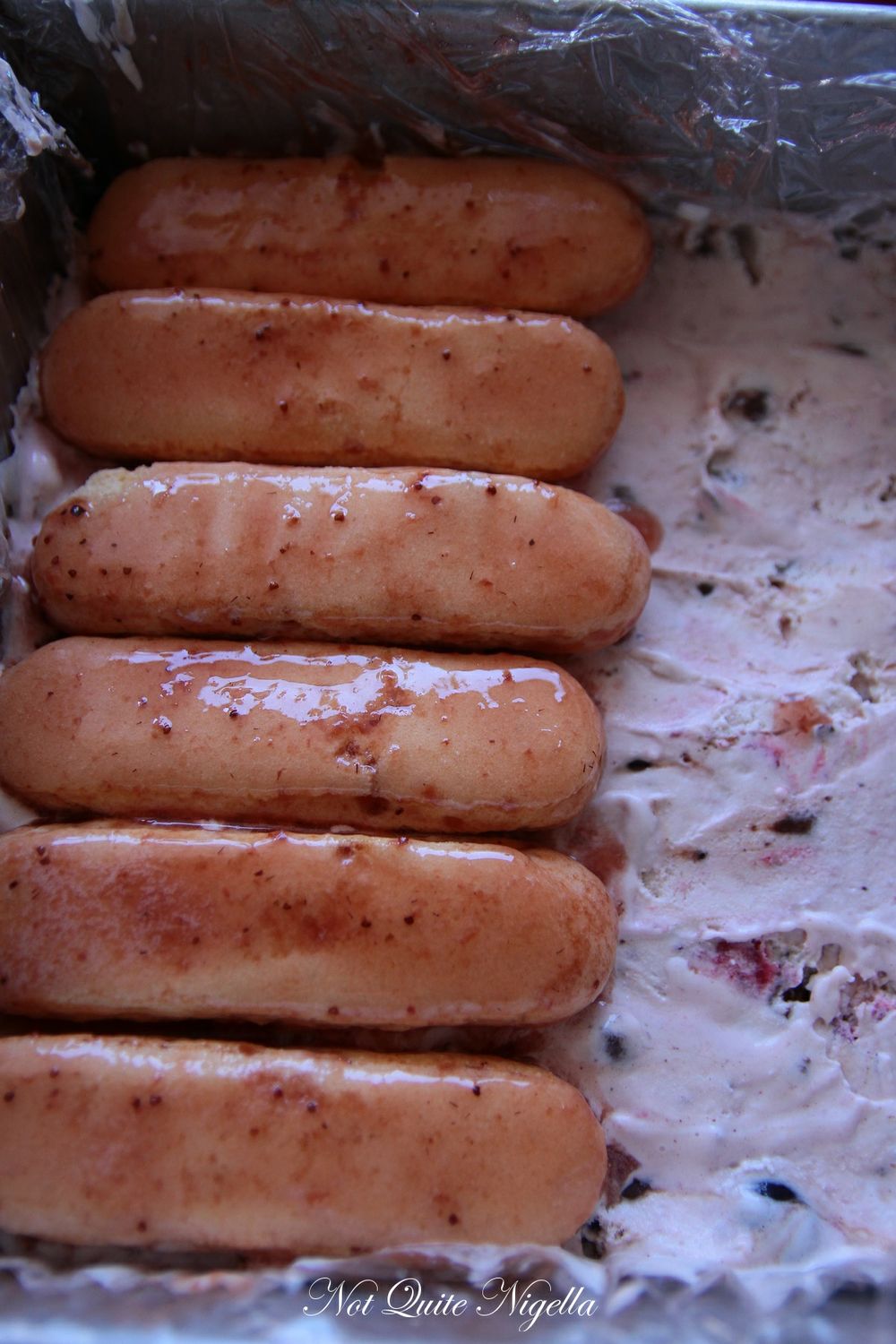 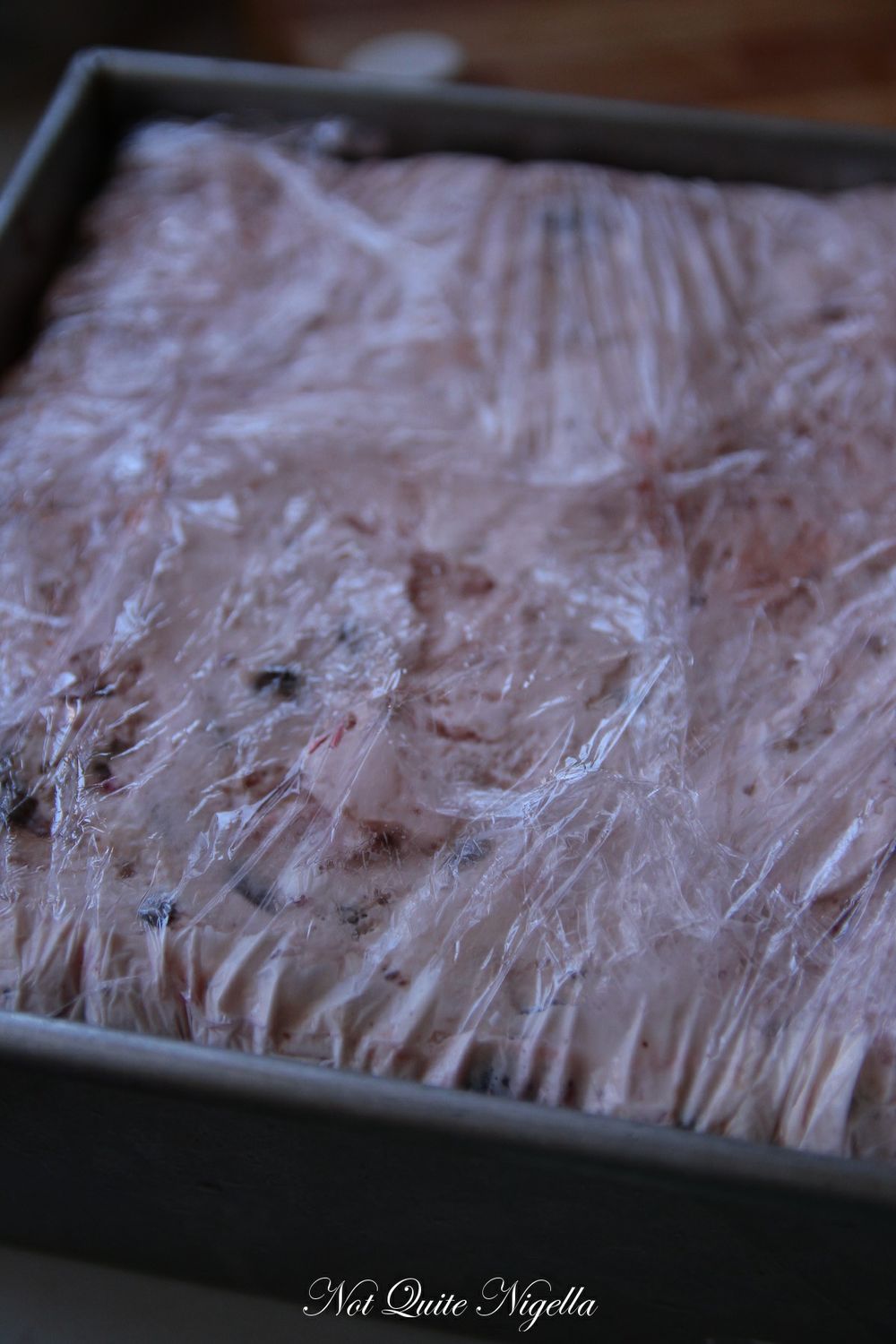 Step 4 - Repeat the sponge finger, cherry and frozen yoghurt layers once more and then cover with the cling film. Freeze until needed. You can serve this frozen or you can thaw this in your fridge half an hour before serving and it will be soft, like a regular tiramisu. 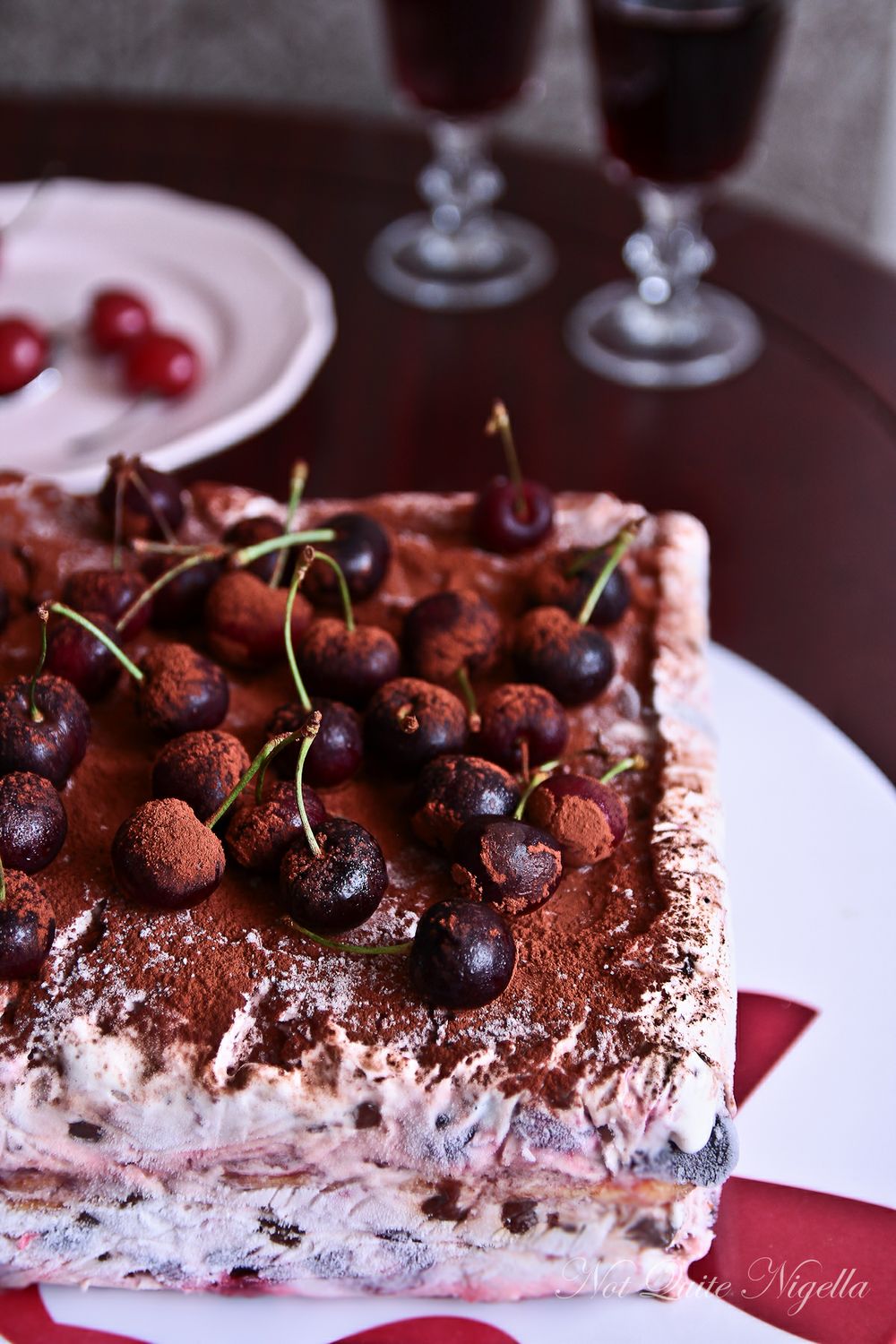 This recipe was sponsored by Cloud 9