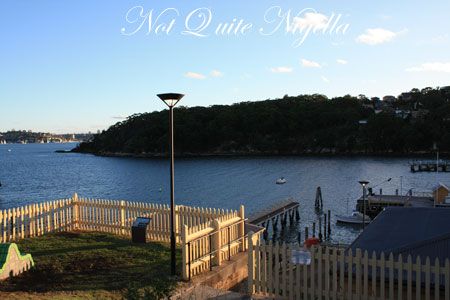 "Run, run, get into the car before they attack us!" we yell at each other. We're running away fron two very angry guests at Ripples, Chowder Bay and we've unwittingly just taken their taxi and they don't look happy. Just minutes before they were swearing and creating a scene at Ripples and demanding that their food be comped so we are eager to avoid being caught in their ire. Allow me to rewind a few hours. 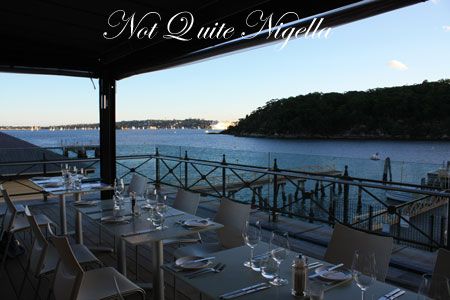 I was asked by Tourism Australia to dine with Valeria Di Napoli, an Italian screenwriter, book author, journalist and blogger who was visiting Sydney. They had suggested Ripples at Milsons Point but as I'd already blogged it, I suggested the Ripples in Chowder Bay which is another scenic location which also showed off the harbour. 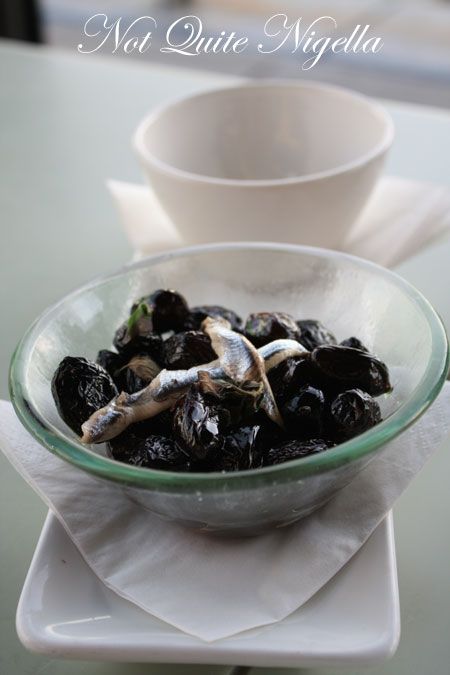 We start with the olives which are actually lovely and warm which is new for me. They're topped with anchovies, chilli and orange which helps to give it an added flavour dimension and saltiness from the anchovies. Valeria likes these a lot and it must be a good thing when an Italian person likes them surely? 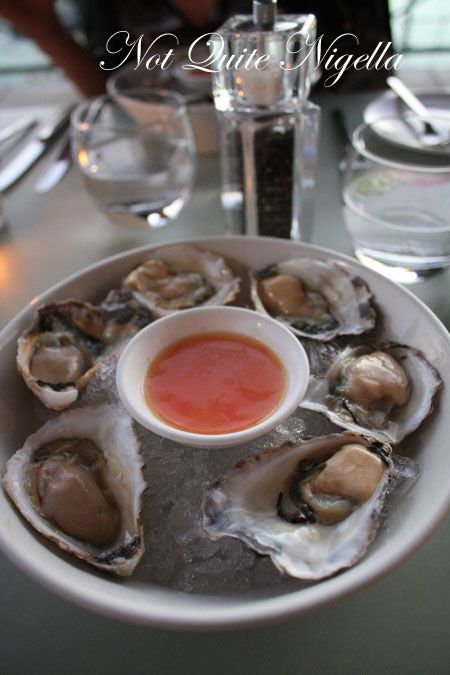 _Freshly Shucked Oysters with a Campari and Lime Vinaigrette $3.60 each

We order a half dozen fresh oysters with a campari vinagrette. Truth be told is I found the vinaigrette a bit too sour from the combination of Campari and lime so I ate the oysters by themselves. 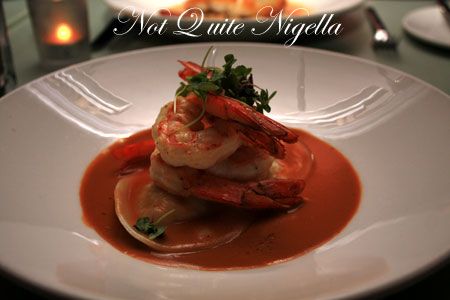 _Ravioli of Sandcrab with Mooloolah River prawns and bisque $29

My ravioli appear to be made from won ton wrappers and are filled with sandcrab meat and topped with four large king prawns and sitting in a pool of bisque. I would have loved a bit more bisque but the prawns although I would have preferred fresh pasta to won ton wrappers as I use those at home for speed and ease. 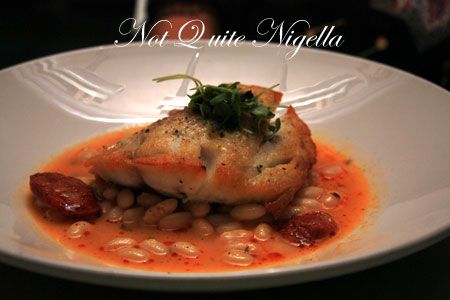 "Is this meat and fish?" Valeria asks curiously. She explains that in Italy they don't often see this combination of meat and fish together. We explain that chorizo is somewhat of a national sausage here popping up everywhere nowadays. 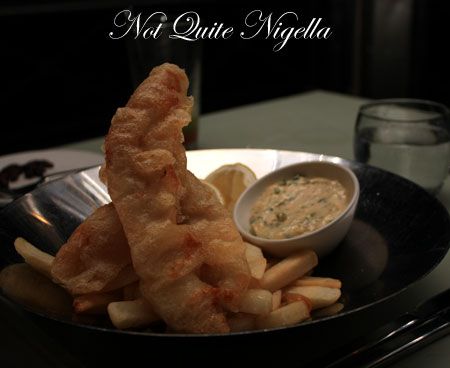 I don't try any of Valeria's Fish and Chips as I had tried them on a visit to another Ripples in Pyrmont. Trinity tells us the Tourism Australia Ambassador program where celebrities are asked to endorse Australia and be aware of any events that may be coming up. It is unpaid role but one where they are given certain perks and trips. Celebrity ambassadors include Megan Gale, Lance Armstrong, Bindi Irwin and the Sass & Bide designers. 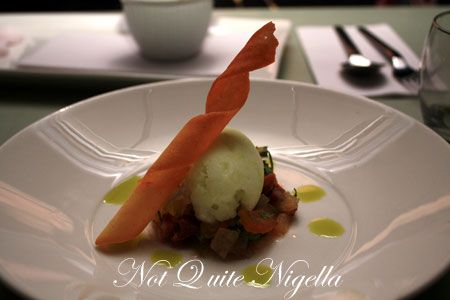 _Salad of candied fruit with melon sorbet and wafer biscotti $14

I studied the dessert menu carefully. One item intrigued me as I do love fruit desserts. It was the candied fruit. Would I get glace fruit in a bowl? That didn't appeal to me very much at all. I ask the waitress who talks to the kitchen - apparently it's fruit that is soaked and poached in a sugar syrup. I'm still curious so at Valeria's urging I try it. It's unusual. Each spoonful of this mint laced dish is different. The first bimte is a touch vegetable-y, the second spoonful quite nice and the third spoonful not very good. I find the offending ingredient: candied fennel and separate it and eat the citrus which when paired with the melon sorbet is very refreshing. But I can see how it wouldn't be the dessert for everyone. 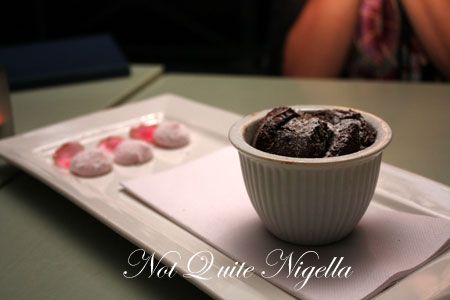 The chocolate cake comes with fresh-made marshamallows and rose petals. The cake is actually not bad - quite moist and soft although not quite swoonworthy and I wouldn't call it a truffle cake and as Trinity points out, it needs ice cream.

"Did you hear that?" Trinity asks. Behind us, a scene unfolds. A diner is deeply unhappy witg his food and calls it all sorts of names. There's swearing and raised voices and the people around us are whispering, wondering what the commotion is about.  It's around this time that our cab arrives but perhaps in the kerfuffle it left and we inadvertently took the other couple's cab only adding to their ire.

So tell me Dear Reader, have you ever witnessed or made a scene in a restaurant and what was it over? 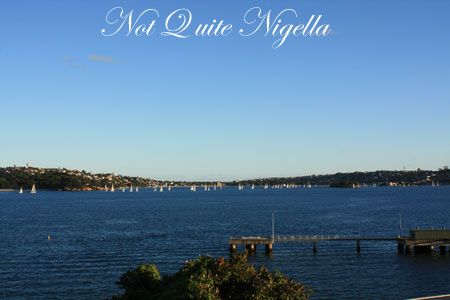