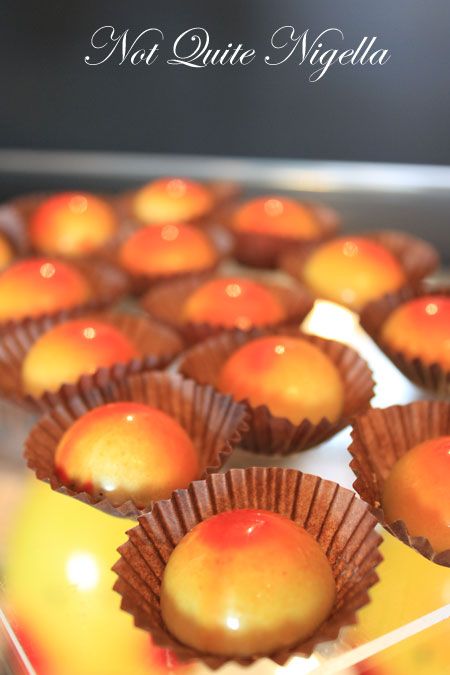 Sydney somehow, strangely has become somewhat of a chocolate capital. Sydney-siders can't get enough of the stuff and not only were we blessed with the very first Lindt chocolate store, we had a treasure trove of chocolatiers that would make any hardened cocoa bean addict weep chocolate tears of joy. So when Anne Maree, herself a chocolate addict told me about a new kid on the block in my former suburb of Mosman I was intrigued. That night we dined with Deniz Göktürk who opened up Carre Noir in Mosman. Denis is Turkish and she came to settle in Australia after a career in finance and logistics but creativity won out in the end.

She told us a tale that had us silent about her creation, chocolate cream which she premiered in the Europain 2005 exhibition in Paris. Her chocolate cream, a stable and easy to use pastry cream that can be used  in filling, coating and shaping cakes attracted much buzz there and many companies bid in order to use it. She went with Rich's in New York where she worked to produce the cream and it was also sent to the Culinary Institute of America and she currently holds a worldwide patent for the cream. Eager to try this, Mr NQN and I visited Carre Noir the next day. 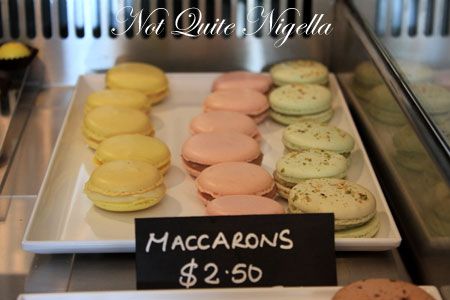 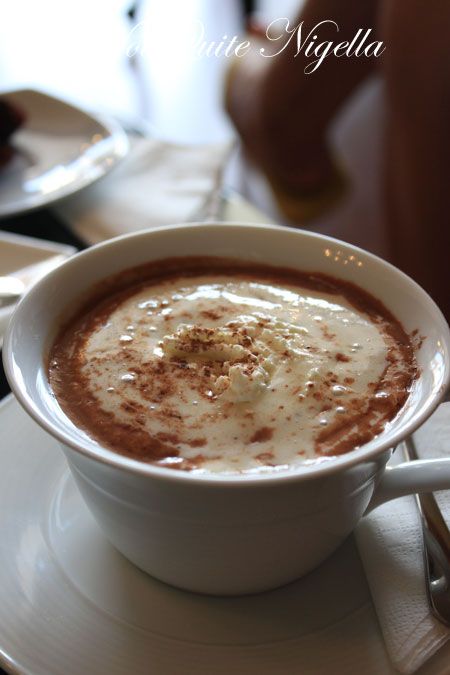 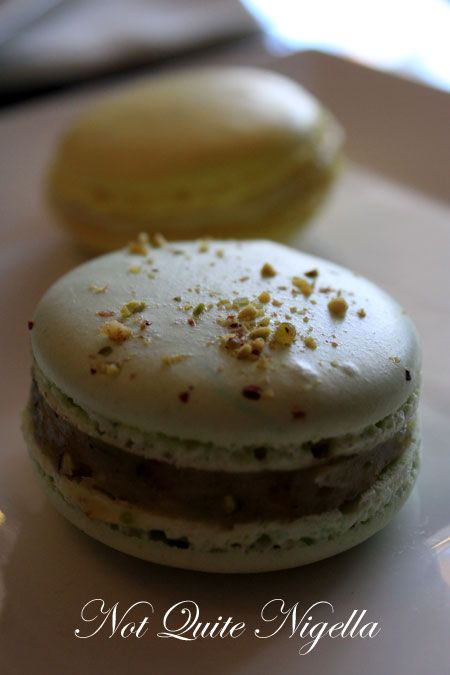 It's no secret that I love macarons and that these sweet little beauties are hard to make. My favourite macarons are at Pierre Herme who happen to make them strong in flavour and delicate in touch and these are lovely and delicate. My favourite is the lemon macaron which is heady in lemon. The pistachio has that almondy taste that I often find with pistachio products. 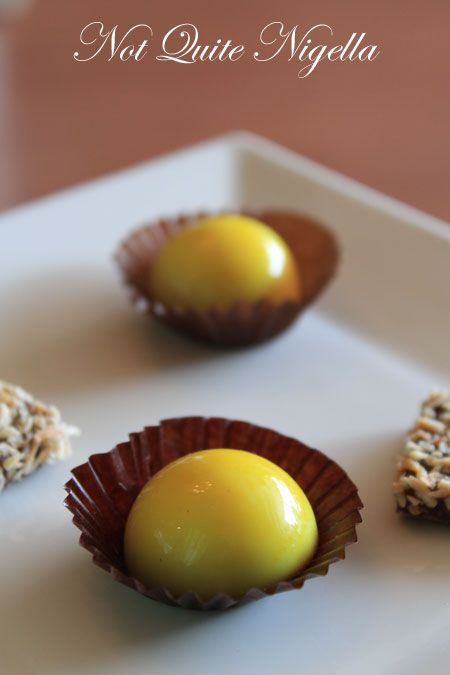 _Passionfruit truffles and coconut chocolates $3 each

I love passionfruit chocolate so we try some of the truffles as well as the coconut chocolate. Deniz says that she likes making chocolates without a thick layer around it so that they melt in the mouth better and she uses Michel Cluizel chocolate which is a premium brand of chocolate. The shell is paper thin and simply serves to hold in the soft cream insides which are strong in flavour.  All of the ingredients are fresh and she uses fresh chillis and fresh peppermint leaves. 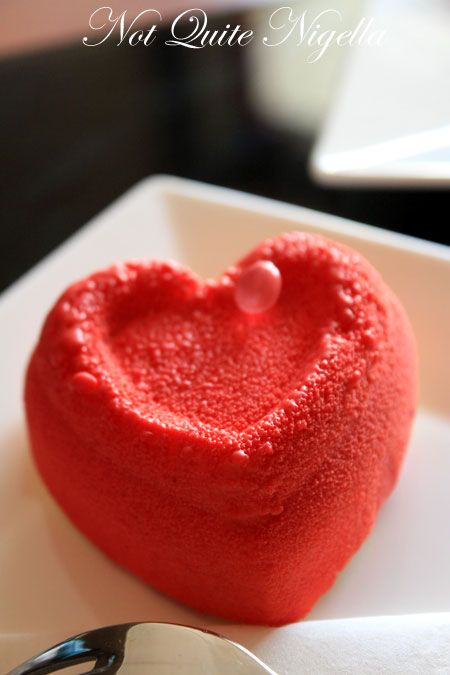 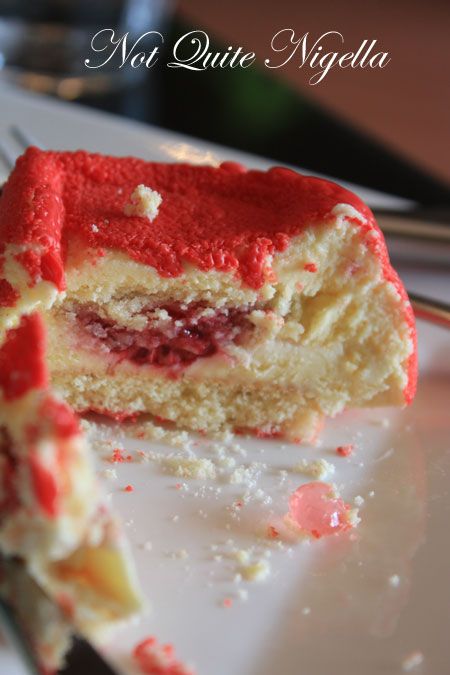 So tell me Dear Reader, how often do you eat chocolate? Daily? Weekly? Hourly? ;) 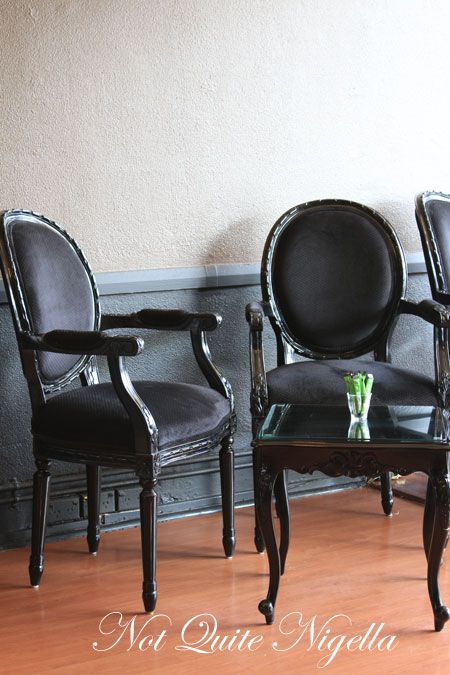