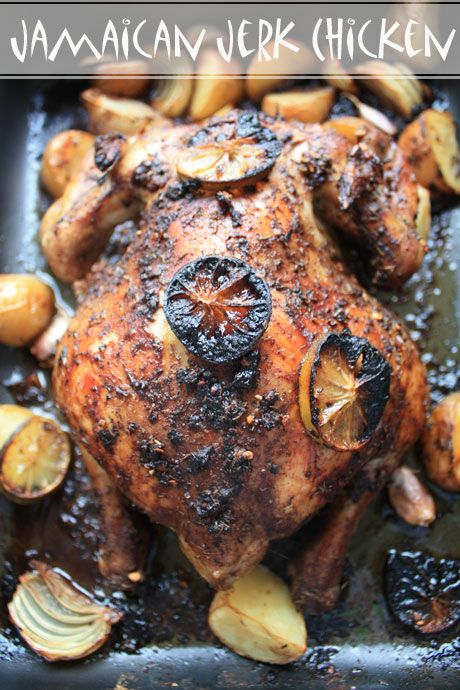 When I go to the supermarket I turn into a bit of a ranter when I get to a particular stand. The roast chicken stand. I love the smell of barbecued chicken but when my greedy hand reaches to get one lured by that intoxicating aroma, it repels back quickly. The chickens that we now get in one particular supermarket chain are tiny, and I'm convinced that they're a strange breed between chicken and spatchcock. It's probably just the smaller chickens that don't make the grade but when I pick up these sad and sorry specimens and the whole thing just ends up being a bit of meat and a large cavity with a large amount of stuffing I'm annoyed. Try it next time you visit a supermarket (you know the one of the big two chains here) - if you lift up a regular sized chicken it will be light as a feather. 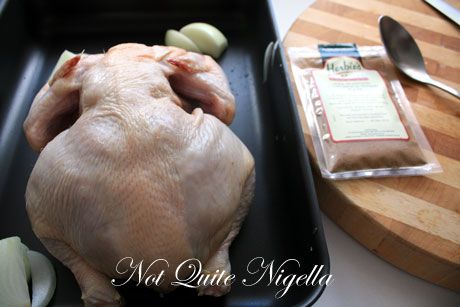 When we made this pomegranate chicken using a free range bird from a lovely Surry Hills butcher a while back, Mr NQN and I both marvelled at how much meat there was on the chicken. We got three meals out of one chicken whereas a supermarket roasted bird would net you one dinner and that was it. After that, I vowed to get my chickens from Terry or if I couldn't I'd buy my own and bypass that mini chicken stand (and don't get me started on other downsized items ;) ).

If you know me, you'll know I don't like to make the same dish twice and after surveying the contents of my fridge and pantry I saw that I had an unused packet of Herbies Jamaican Jerk seasoning from an event a while back and some gorgeous limes so I decided to use those for my seasoning. The first time I heard of "Jamaican Jerk" I laughed at the name (I was young and that kind of thing was amusing). Jamaican Jerk seasoning is said to be native to Jamaica where chicken or pork is rubbed with a hot spice mix which includes allspice, chilli, ginger, pepper and thyme and it was also a way of preserving meat. 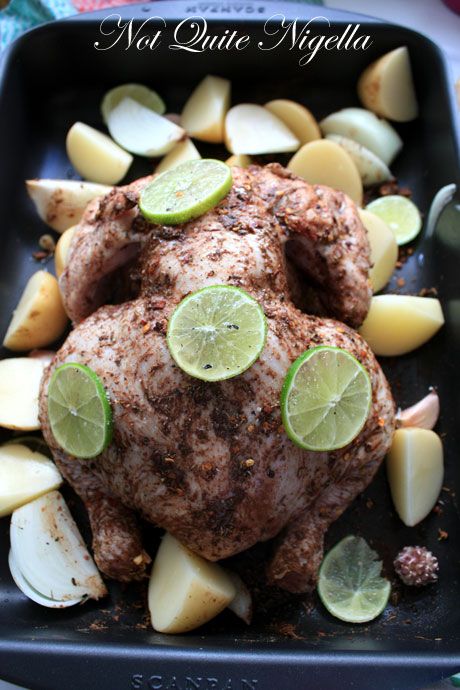 I haven't quite followed the traditional method of smoking it, simply just using the flavourings of it but the spice mix is gorgeous when mixed with rum and lime. A warning though as it is hot, but it's  a heat that you don't feel until later. Certainly you may find yourself munching away happily on some chicken only to realise several mouthfuls later that it is very hot indeed. So with that warning dispensed I should temper it with the fact that it is not anything like eating a hot birds eye chilli straight. It's a heat that lingers on the back of your tongue momentarily. Until you can wait no longer and eat your next mouthful.

So tell me Dear Reader, what topic do you have a bit of a rant on? People cutting in queues? Armrest hogs?

Step 1 - Preheat oven to 180C/350F. Wash and dry chicken and season with salt and pepper on both sides. In a bowl, mix the Jamaican Jerk seasoning and the rum to make a paste. Coat the chicken with the jerk paste. Place in a baking dish and sprinkle garlic cloves and potatoes around it. Slice lime and place slices on top of chicken.

Step 2 - Bake for 50 minutes and then take out of oven. Add 2/3 of a cup of water to the pan juices. Turn potatoes over and place back in the oven for another 40 minutes. It takes about 30 minutes to roast 500grams or 1 pound of chicken so adjust accordingly. It is cooked when you cut the drumstick away from the thigh and the juices run clear. 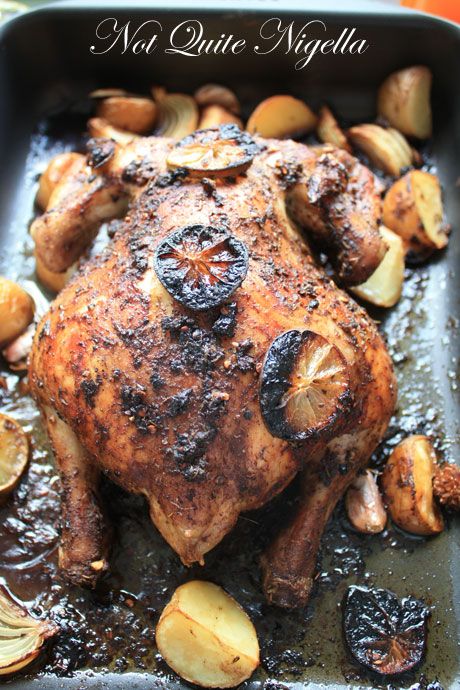