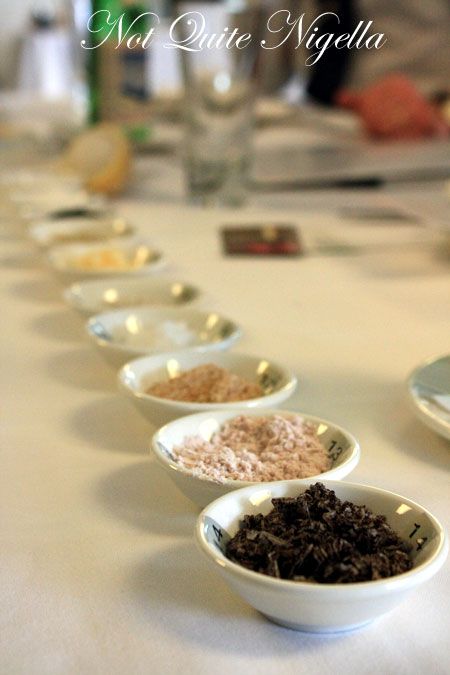 This afternoon, Queen Viv and I were part of a tasting panel for the new Salt Book where we would try 15 different kinds of salts and pair them with different foods. On the table there are small bowls of salts including Himalayan Pink Salt, Fleur de Sel, Cyprus Black salt, Halen Mon salt, Hawaiian green salt, Cyprus Lemon salt, Maldon and Indian Black salt. We try them with a variety of foods including slices of tomato, boiled egg, cucumber, pineapple, rockmelon, beef fillet, lamb and chicken. 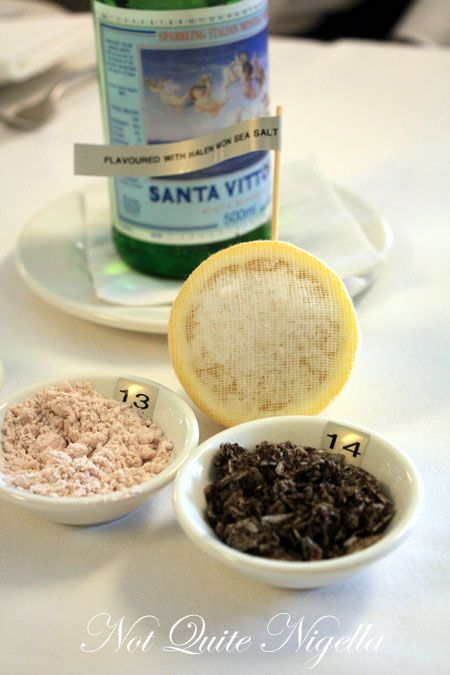 What is apparent from the outset is that while salt is of course well ...salty it is also very different. One of the clearest examples is using the #4 salt in our tasting on pink grapefruit. I usally find pink grapefruit far too sour for me and when I try it with the other salts it is still so sour but with a bit of #4 salt it completely changes the taste and gives it a burst of flavour.

Another thing that we learn is that people's taste in salt is completely different. What some of us loved as a pairing, others disliked and often we disagreed with the recommended salt and food pairing which we learnt  could make for fascinating dinner party conversation! Here's Helen Greenwood's article from Good Living about the salt tasting which is a great read. 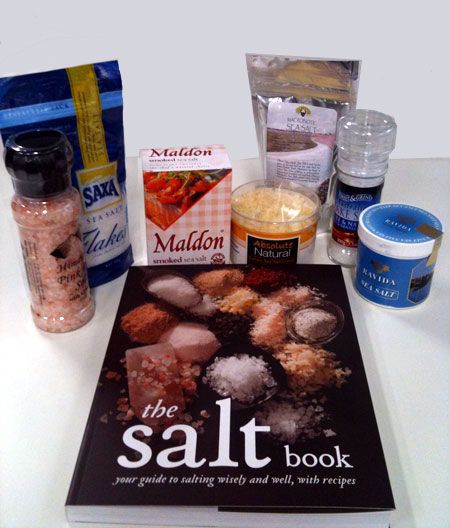 And what better way for you to get to try how very different these salts are than by winning your very own Salt pack!  Thanks to Arbon Publishing, we are giving away two Salt Packs including the Salt Cookbook!

The salts featured in the gift pack are (L-R):

To win 1 of these 2 packs, all you need to do is tell me which dish could never do without salt**. Simply add your answer as a comment to the story. The competition ends at Midnight AEST 15h May, 2010. You can enter this once daily. This competition is open to Australian residents only.

**The winners of the Salt Book and Hamper are:

**and Lauren A. has won a copy of the Salt book!