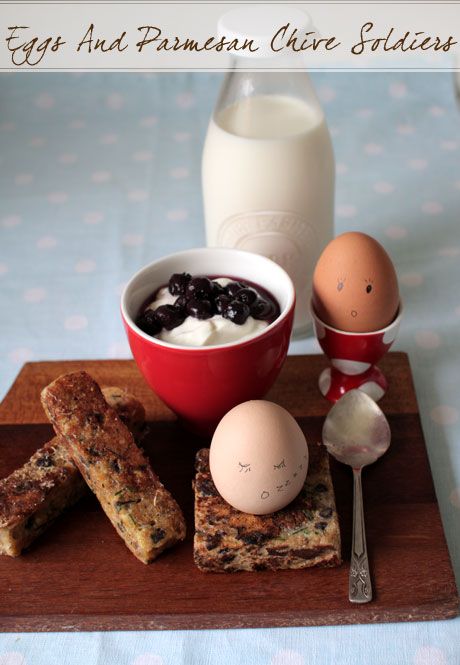 I've neglected a lot of things of late with this whole book writing process. One of them was the weekend breakfast. The breakfast, or more accurately, brunch ritual is a favourite of ours. I never thought that I'd meet anyone that liked to sleep more than I did until I married my own Rip Van Winkle. He literally has to be pried off the sheets at 11am or he will stay there until noon. 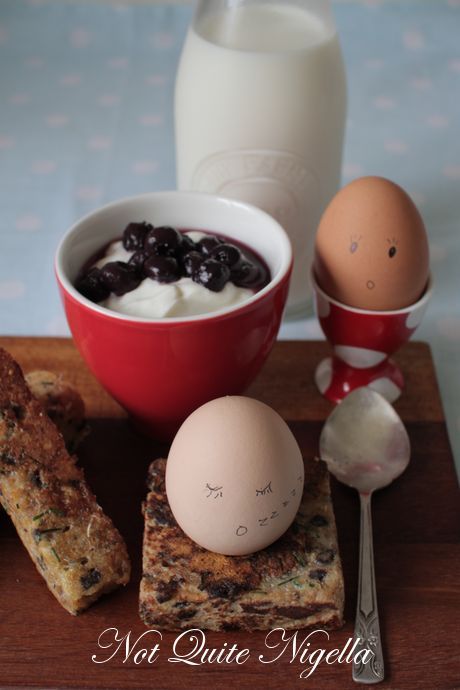 We have a little routine on the weekend where I wake up around 10am and make breakfast. By about 10:30 or 11am (it's never a hurried affair and during this time I try and revive myself with a cup of tea and some internet) I get to wake him up with an excuse that breakfast is ready. Sometimes he is easier to rouse than others and once I had something exciting to tell him and I headbutted him accidentally in my enthusiasm. That really woke him up ;) 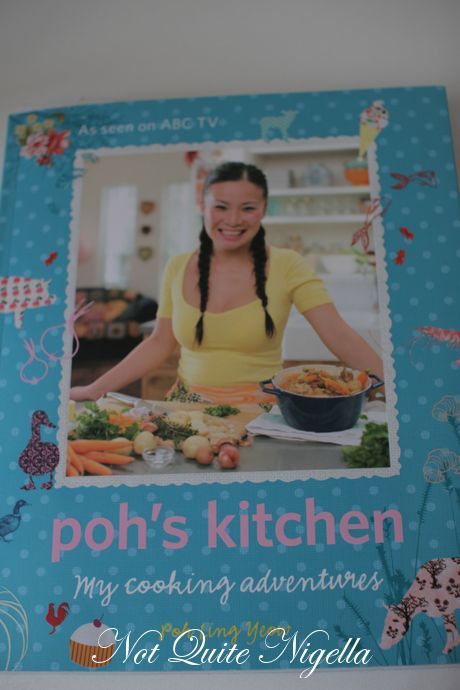 I try and make something different for weekend brunch but I do struggle for ideas sometimes. However Christmas is definitely the time for cookbook releases and with new cookbooks come new recipes. There are so many that I need to go through and review or cook from and there is an embarrassingly large pile sitting next to my desk. I received Poh Ling Yeow's new cookbook called "Poh's Kitchen" and flicked through it. She is really an example of a reality tv show runner up doing phenomenally well so I was  curious to see what recipes she would have. I usually get most excited by flipping through the breakfast and dessert sections although most cookbook breakfast sections are a bit disappointing and just provide the usual kinds of offerings. One recipe in her book jumped out at me because the egg had a smiley face drawn on it. Yes I'm a sucker for packaging and I thought that the recipe with soft boiled eggs and parmesan soldiers would do nicely for Mr NQN. 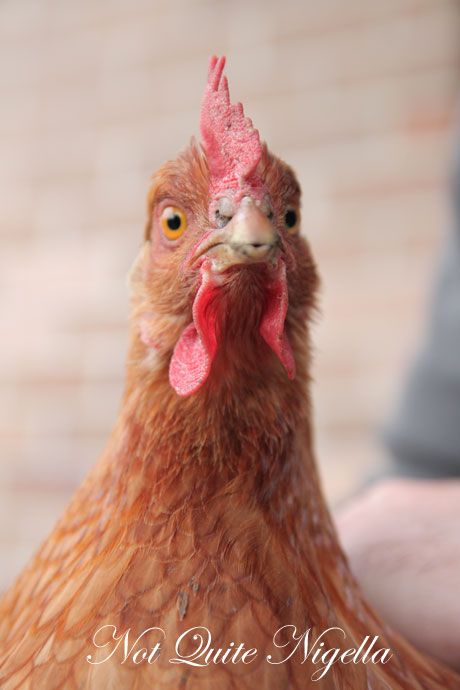 One of Celia's hens: Rosemary giving a death stare!

I used some lovely eggs that Celia kindly gifted me with and some thick, seeded, fruity Carême bread that I hauled back from my recent trip to the Barossa Valley (sadly we can't get the bread here so I was very eager to try it). I substituted the thyme that Poh used for chives as I prefer them. While the soldiers fried they smelt deliciously beckoning and I couldn't wait to try it so I popped one soldier in my mouth while the rest were cooking. The parmesan and chive worked fabulously with the garlic olive oil and being greeted with a smiling egg face wiped the disgruntled look off Mr NQN's face as I woke him. And yes the front egg is Mr NQN asleep.

So tell me Dear Reader, what section do you turn to first when you open a cookbook? Dessert? Main? Breakfast? 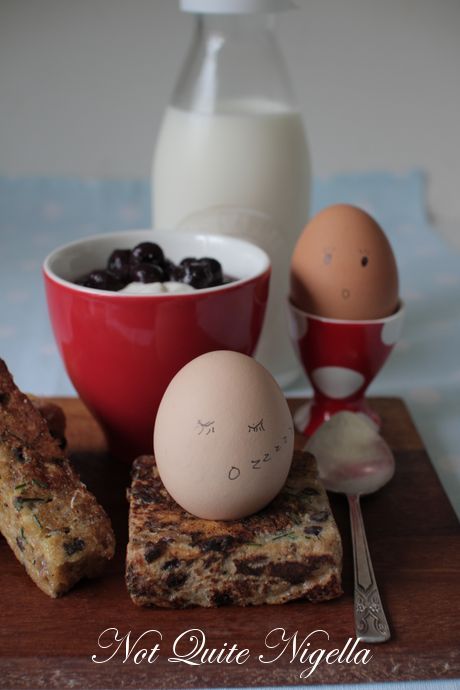 Step 1 - Firstly set the whole eggs to boil by placing them carefully in a small saucepan with boiling water and cook for 3 minutes. Drain the water and replace with cold water to stop any further cooking. 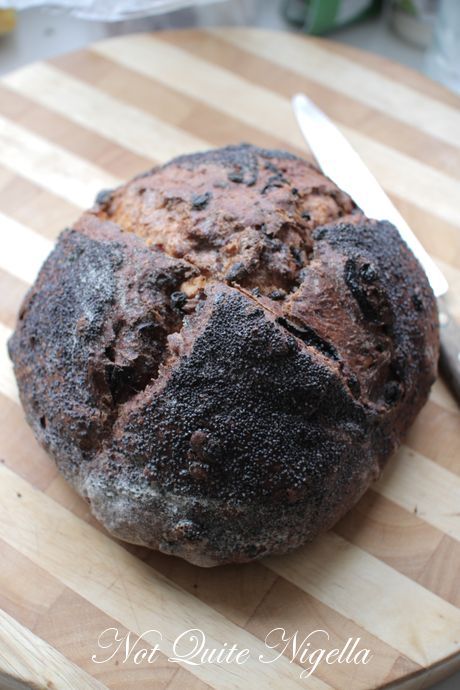 Step 2 - Slice the bread into 2cm thick slices. Cut out six 2x10cm batons. Then cut out a square 6cms x6cms and cut out a little hole in the square about the size of a 20c coin (so that you fit your egg in snugly). 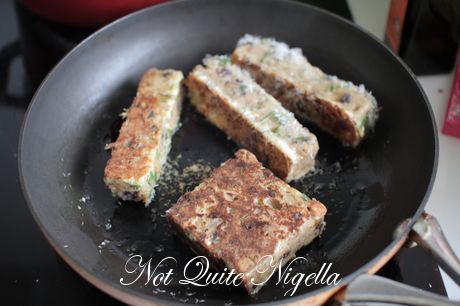 Step 3 - Place the beaten eggs on a shallow plate with a rim. Mix the parmesan and chives on another plate. Heat the frypan and place the butter and oil in a frypan and dip the bread pieces into the egg and then roll them in the cheese and chives and then fry on all sides ensuring that each side is golden and toasty. Serve with egg wedged in the hole of the square. 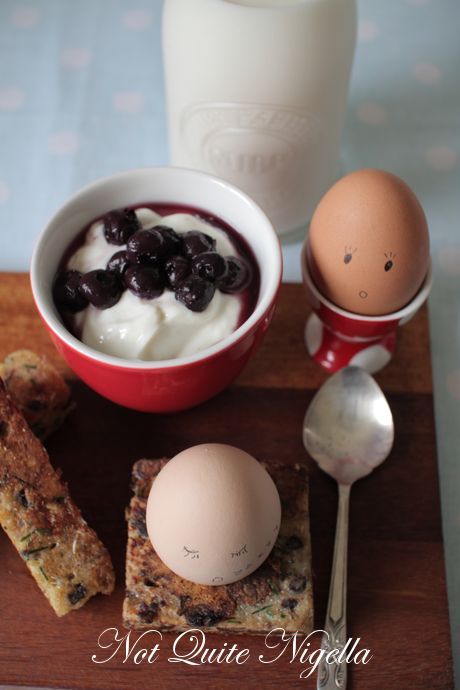