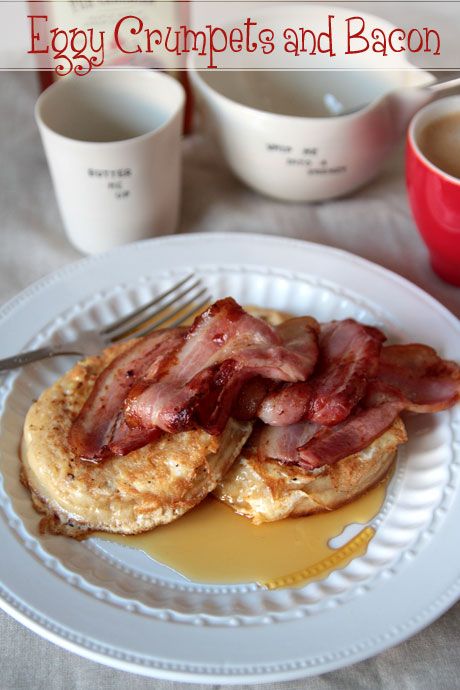 I have a confession to make to you Dear Reader. You may not believe me but it's true.

I don't have that much of a sweet tooth.

Oh yes I know, the sugary confections that grace every page of this blog would certainly lead you to believe that I go for sweet over savoury but that is not really the case. That doesn't mean of course that I won't sulk when I don't get dessert or that I won't clap and giggle when a beautiful cake is laid before me. And if you take the dessert away too soon I may growl at you and hiss. But I always go for savoury rather than sweet to eat. Sweet is for looking at, for appreciating, for taking a dainty mouthful of but savoury is what I eat most often.

Like Easter buns that come out for Easter I start putting crumpets in my shopping trolley around Winter time. I bought packets as there was some sort of discount on buying two packs and then almost forgot about them when I went away traipsing around the country. I came back to some less fresh crumpets and eggs that needed using. Luckily I had just gone out with Queen Viv that afternoon for lunch at Clipper Cafe where we had both honed in on one dish: eggy crumpets and bacon. 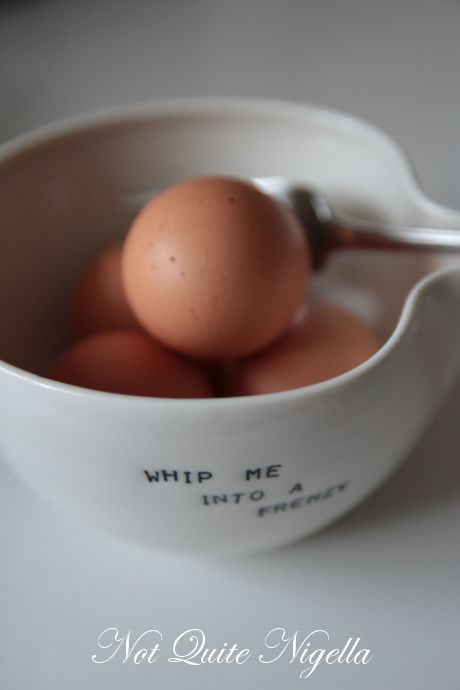 We looked at each other and nodded as only two friends who have a sort of telepathy do. It arrived and it was swimming in a pool of maple flavoured syrup. They had French-toastified the crumpets by soaking them in egg and then pan frying them and they were gloriously good. And for my version I took a tip from True Blood and fried them in the fat that was rendered from the bacon. If anything the spongey holey nature of the crumpets was even better for soaking up the maple syrup and the bacon provided a salty contrast. And unlike pancakes which require making of batter (sometimes an insurmountable task on some Sundays) these are ready to dip already. If you are averse to the mere thought of bacon, eggs and maple syrup together you could leave out the maple but I couldn't possibly say no to it. Hmm perhaps I'm not such a non sweets lover if the amount of maple I poured was any indication...

So tell me Dear Reader, are you a sweet or savoury person? 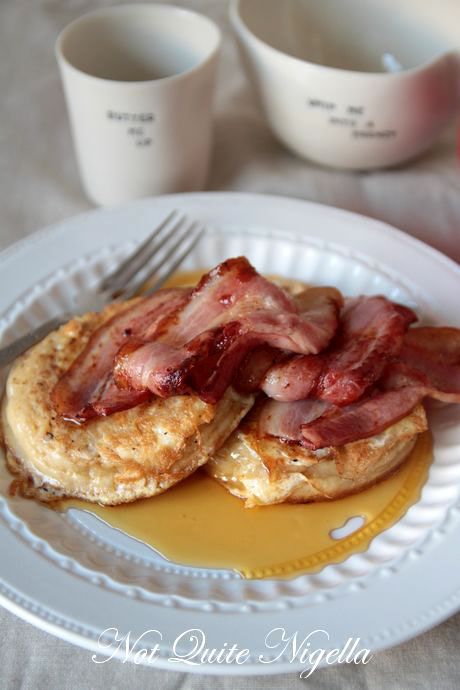 Step 1 - Heat a frying pan on medium and when hot add the oil and the bacon and fry until crisp. Meanwhile beat the eggs in a shallow bowl and get ready to dunk the crumpets in the egg mixture. Set aside bacon on a paper towel lined plate. 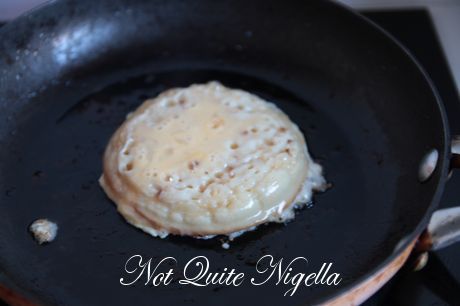 Step 2 - There should be some bacon fat released in the pan but if there isn't add a little more oil and then dunk the crumpet on both sides in the egg mixture and fry non hole side down for a couple of minutes. Pour a little extra egg in the holes while it is frying and then turn it over and fry for a minute or two until done.

Step 3 - Serve the eggy crumpets on a plate topped with bacon and then maple syrup poured liberally all over it. Like Greta Garbo said "And don't be stingy baby" (although I don't believe she was talking about maple syrup). 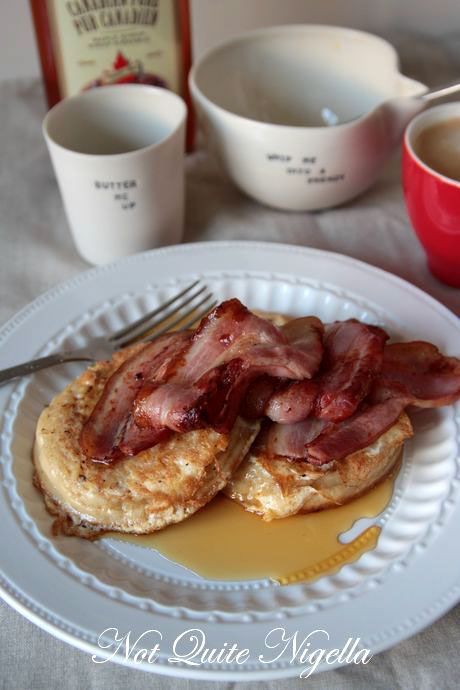