Sampling the Flavours of The Yarra Valley, Victoria 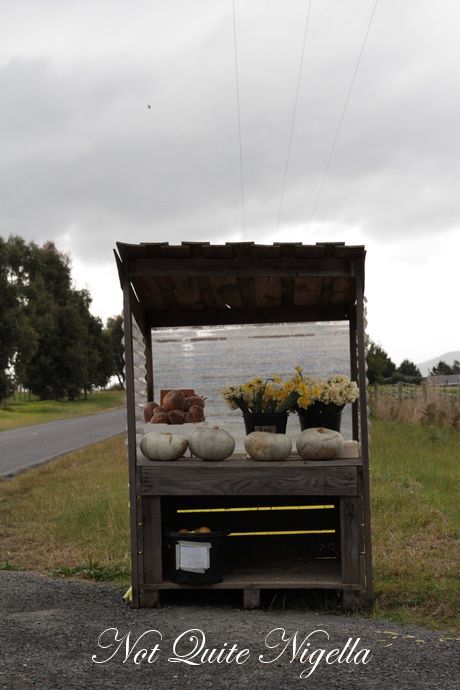 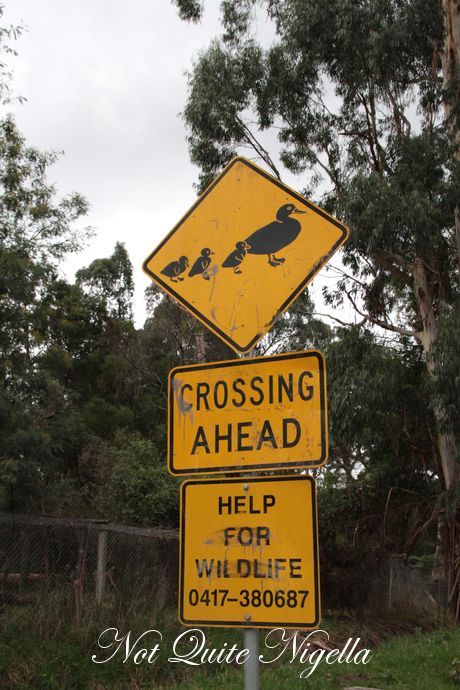 On our recent visit to the Yarra Valley we managed to explore a few other restaurants and shops-not that we were in danger of starving mind you, but because we were curious to see what the rest of the food in the Yarra Valley was like. The first stop is one that I was initially apprehensive about purely based on the name: Giant Steps. You see Mr NQN bounds ahead with his long 180 centimetre frame, as for me I'm a mere 155cms and with much shorter legs and high heeled boots. So I was expecting a bit of billy goat-like mountain climbing when I got there. Thankfully I was proved wrong. On a Saturday afternoon we arrived at Healesville just over an hour outside of Melbourne. It is just one hour out of Melbourne suddenly there are no more clusters of buildings but lush greenery. 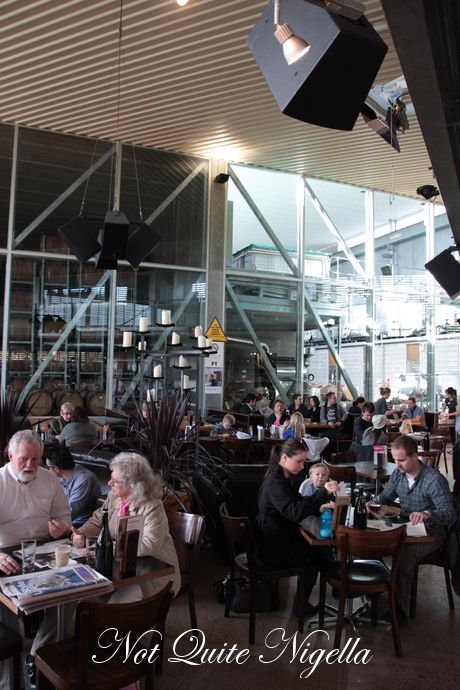 We enter Giant Steps and there is already gaggles of people sitting down in the open plan restaurant slash cafe. There are wine tastings for the Innocent Bystander winery and a couple choosing some cheeses from the fridge and we pass tempting displays of breads and preserves. We are told that everything is made and baked on the premises and although we are after something light, my eyes linger on the sweets including canelés, Polish donuts and Turkish delight flavoured with their own moscato. 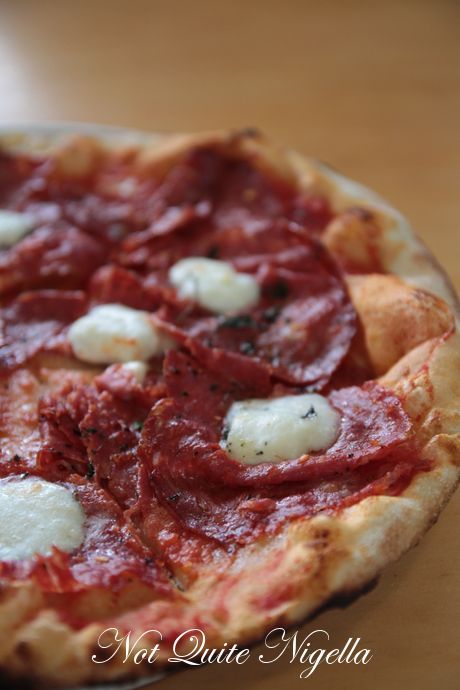 We sit in a  gigantic booth as the lunch crowd hasn't quite descended and we settle on a pizza as recommended by our friendly waitress and we let her know that we need to leave quite soon to make our next stop. The Calabrese pizza arrives quickly and it is a lovely thin crust with a simple tomato, spicy salami and mozzarella on top. It was just what we wanted and we both want to claim the last slice. 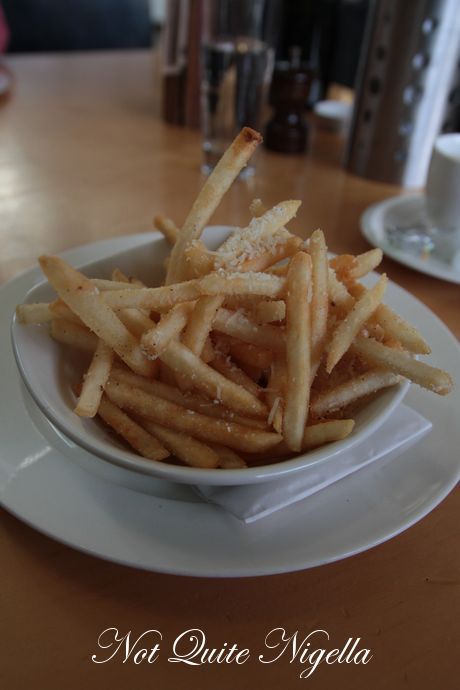 The truffle fries are French fries sprinkled with truffle salt. I've seen this done with thicker chips and I think they need the thicker potato chips to sustain the seasoning as it seemed quite salty. Still, it didn't stop us from plowing through them. 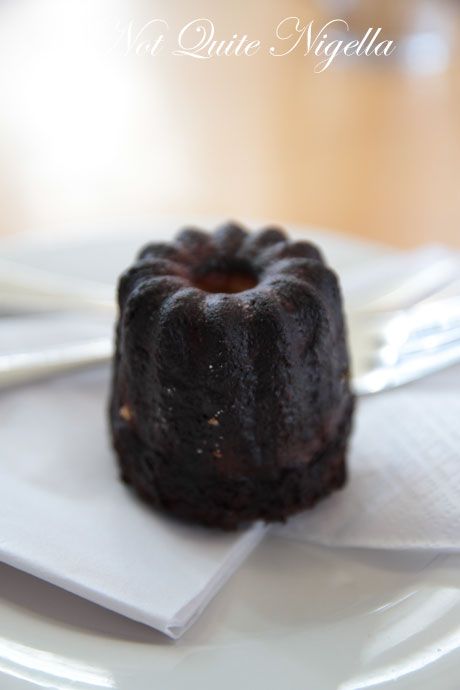 Years ago when I first tried a canelé I wondered what all the fuss was all about as it tasted like burnt dry prettily shaped lumps (the word canele means ridged hence the shape). And certainly people do make a fuss about these little cakes. So I wasn't hoping for too much to be honest as we are pretty far away from Paris. I sink my teeth into a slightly crunchy caramelised sugar outer and reach the rich spongey moist interior. And as we hit the jackpot my brain's tastes and texture receptors are going off happily. Even cake snob Mr NQN eagerly wolfs down the rest when I offer it to him. 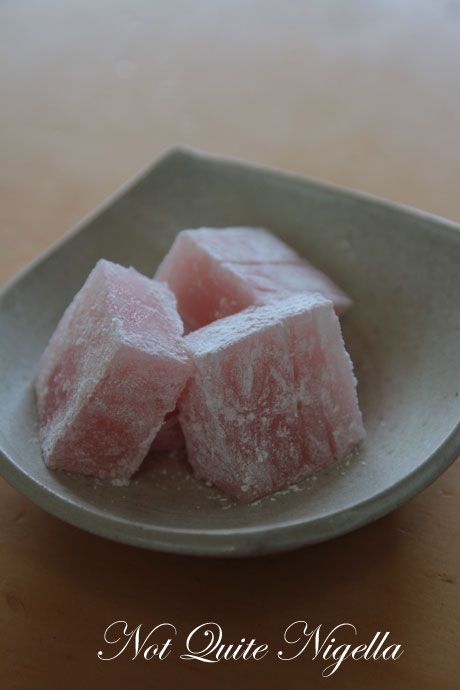 What can I say, on the upside the Turkish delight comes as four large pieces, on the downside it isn't actually much of a Turkish Delight at all without any of that lovely chewiness. It is more a icing sugar dusted square of jelly flavoured with the moscato. I didn't finish my piece. 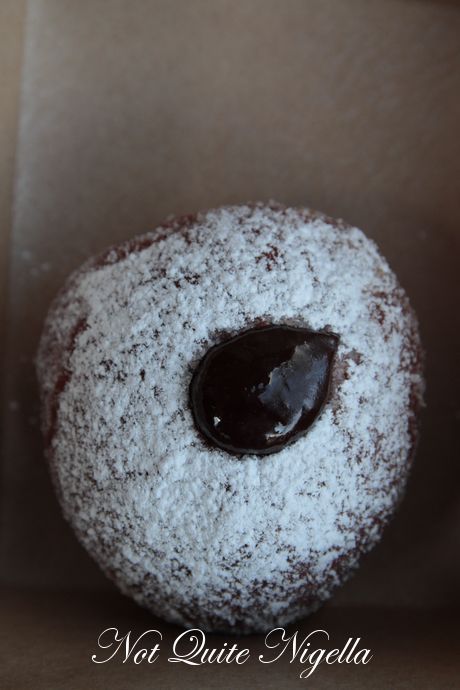 I could not resist the Polish donut with the jam bursting out of the top of the risen, puffy and sugary outer. It was fresh and soft and with a slightly tart plum jam which contrasted nicely with the sugar on the outside.

And yes that does seem like a lot of sweets for a light lunch! ;) 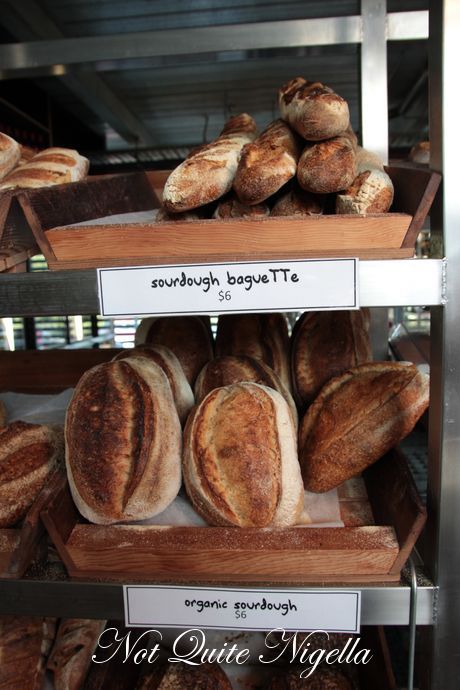 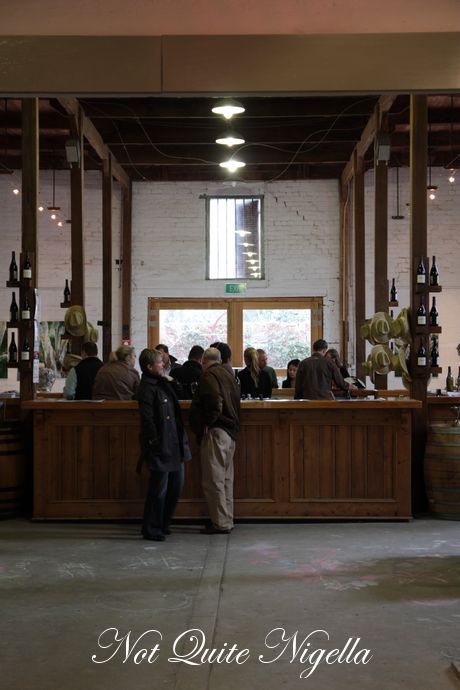 You know I do like to shop and at Yering Station there is plenty to taste and buy the next day. It is located on the same grounds as Chateau Yering but operated as an entirely separate business. We were given a voucher for a complimentary wine tasting when we checked into Chateau Yering and at 11:30am they're already doing a brisk trade. 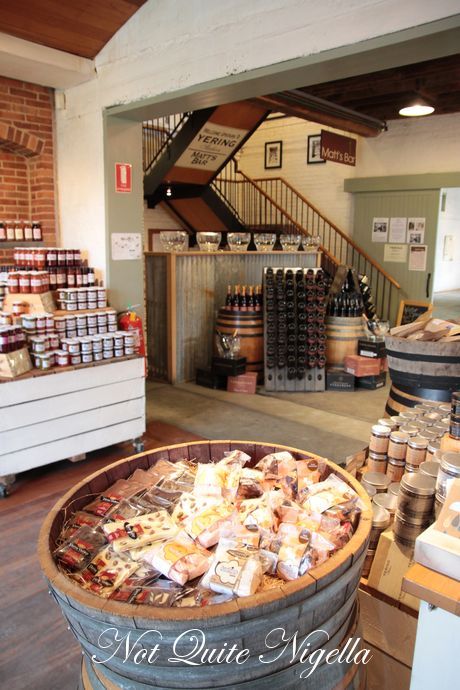 The site of Victoria's first vineyard and cellar door and shop is housed in the early winery building which is airy and spacious. In the front of the shop are all sorts of Yarra Valley goodies including a slew of hand made preserves by Jam Lady Jam, Cunliffe & Waters and Yarra Valley preserves as well as Henry Langdon tea, Kennedy & Wilson chocolate and Lushies soft marshmallows which come in flaours like blood orange (flavoured using blood orange juice) and latte. I buy some goodies as gifts. 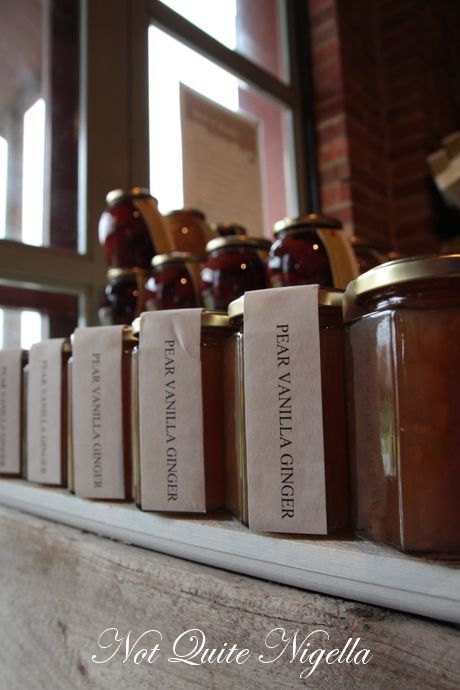 No visit to the Yarra Valley would be complete without visiting the Yarra Valley Dairy. I'm not delivering any revelatory news when I tell you how good their Persian feta is and how it is entirely possible to eat a whole 250g canister in one sitting just with just a fork or a spoon. I may or may not have done that (shhh I'm telling Mr NQN that we just "ran out"). 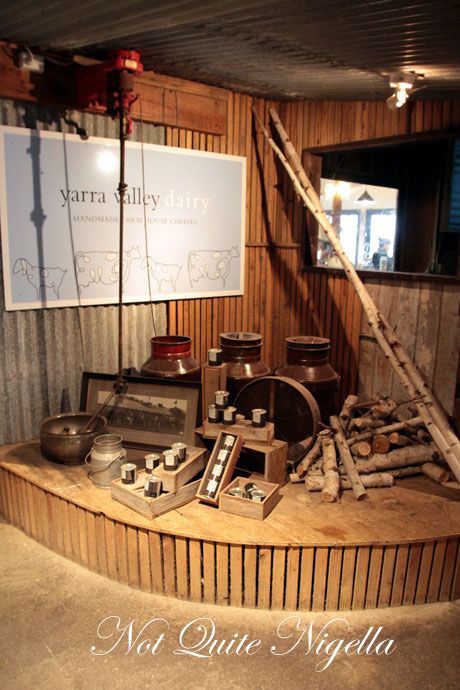 The dairy's 250 cows graze on the land nearby and the milk is delivered underground to their factory alongside the shop which is housed in an old milking shed. The cows are milked twice daily and are left overnight to graze on pasture after their second milking. In the shop and cafe they hold complimentary cheese tastings of up to five cheeses. 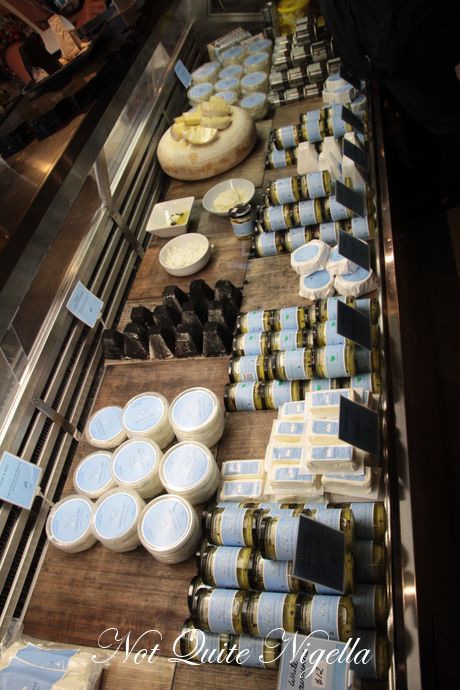 I'll take one of everything thanks!

They make four types of cheeses here: 1) white mold cheese 2) marinated cheese 3) fresh cheese and 4) curds. We tasted five including a fresh savourine rolled in ash which they do to keep the moisture in. When it is aged a little more it becomes their Black Savourine product which has a layer of white on the outside and a little ash layer inside as it has drawn in the flavour of the ash into the cheese. There is one harder style cheese which is their version of a gryuere which is very sweet and nutty. For a garlicky punch there is their "House Cow" fresh fromage frais which is flavoured with garlic, chives and parsley and a hotter version is their "Hot Cow" given heat with chillli. 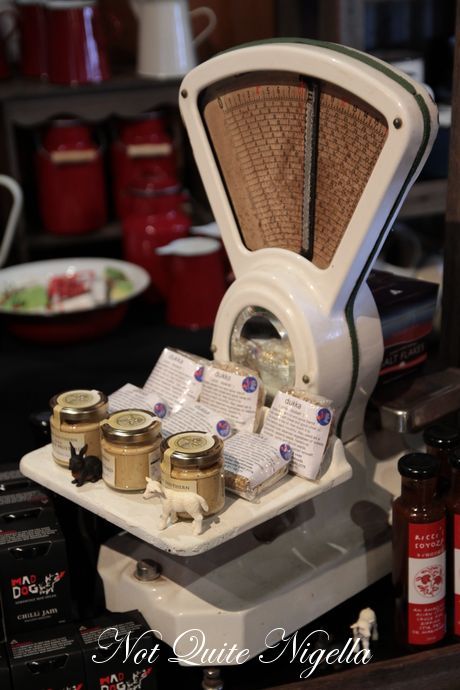 Mr NQN and I debate which ones to buy and our stay at Chateau Yering has furnished us with a 10% off voucher. He chooses the Black Savourine and I resist buying the 1 kg bucket of the Persian Feta (I frightened myself at how quickly the 250 gram disappeared) and instead choose the Cardi goat's milk cheese because I adore the  unusual sweet taste of the shallots and cardamom. 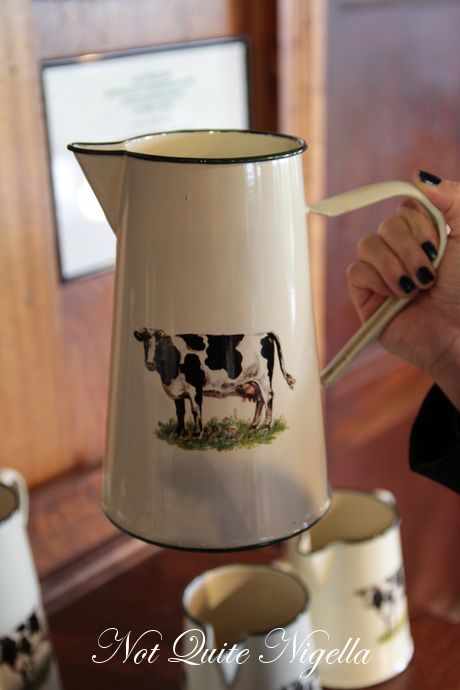 I eye off several items that I want to use as props-every time he turned around I was holding a lovely enamel jug or a teatowel and he would just shake his head. Party pooper! ;) 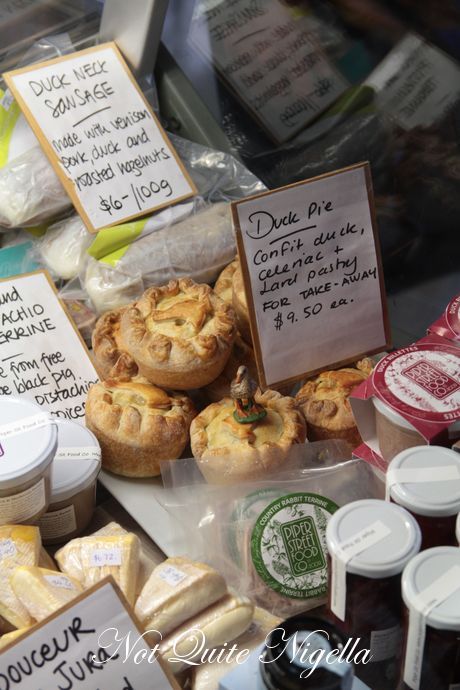 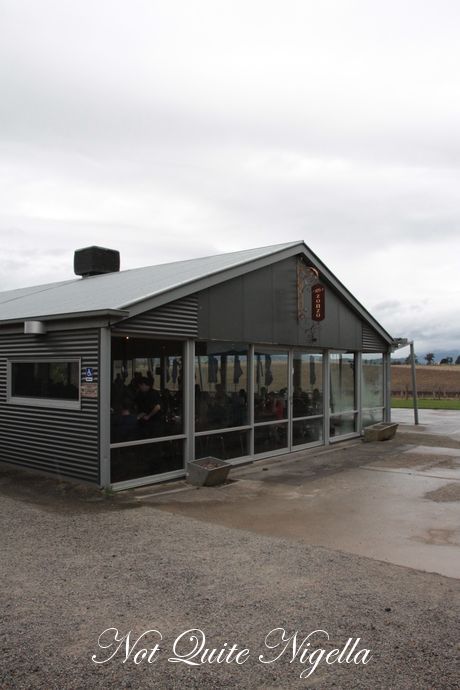 That afternoon we wanted to try a local's favourite which was the pizza route again-after the pizza the day before I was only too happen to have more! Zonzo is housed in a large barn and has an accompanying vineyard called Train Trak. As soon as we walk in we wish we had booked. There is room but it's at the end of a table which actually suits us fine as we just wanted to try a couple of pizzas. 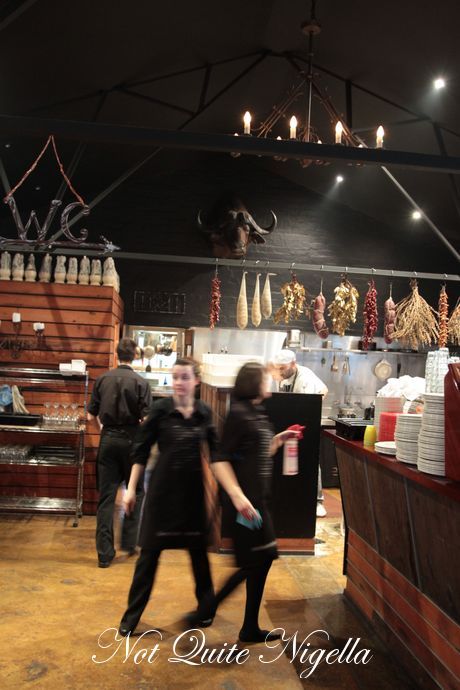 A steel bison's head overlooks the whole room and room dividers are made up of corks. Cured sausages are suspended from the ceiling and there's a lively crowd of people and families. The pizza is the star of the show here but there are also some pasta dishes and some smaller antipasto platters. We are hypnotically drawn to the large pizza oven from which the chefs fetch pizza after pizza with their pizza paddles. 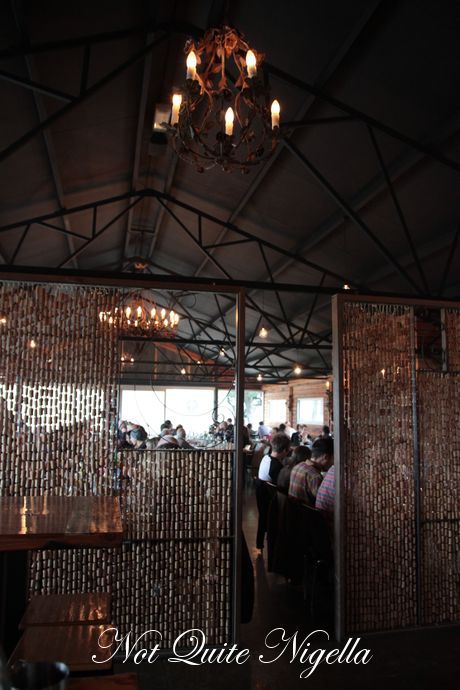 We decide to order two pizzas, not because we were hungry (after a big breakfast and cheese samples, hungry was the last thing we were) but because we couldn't decide on which pizzas to order. I do love sausage on pizza whether it be fresh sausage or salamis and so the pizza alla salsiccia was calling to me. But the other part of me wanted the pizza con porcini as I was clearly nowhere near truffled or mushroomed out (and a part of me contemplated going back to the car and taking out our precious truffle and shaving it over the pizza). 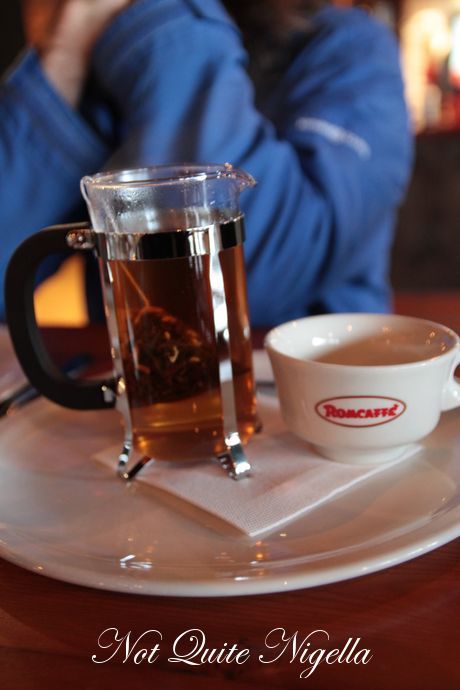 Our teas arrive and my face fell a little when I saw that they were teabags in tea infusers. But the tea itself is actually rather good. We tried the ginger peach tea (more peach than ginger) and the smooth chai which was my favourite with a lovely sweetness and good balance. Sometimes chais can be a bit too bold and overpowering with clove or other strong flavours but this has just the right balance of flavours and aromas. 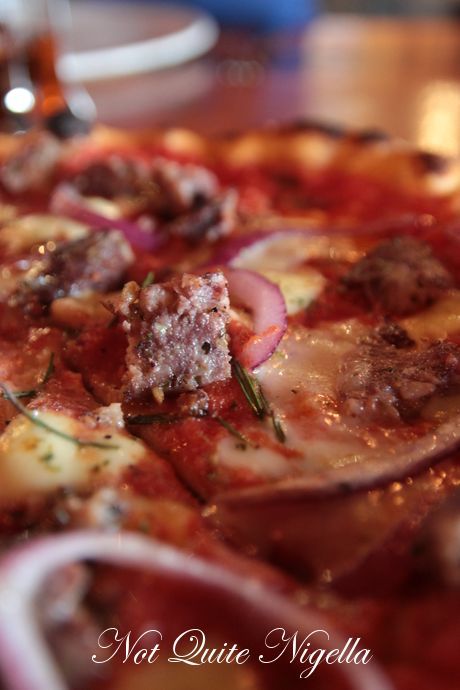 The pizza alla salsiccia was the preferred out of the two but you wouldn't kick either out of bed. This one has tomato, mozzarella, taleggio,  pork & fennel sausage, onion and rosemary. It was fragrant and full of flavour and before I knew I had eaten half. Mr NQN raised his eyebrows and pointedly lifted up his plate to swap before I hoovered down the rest. 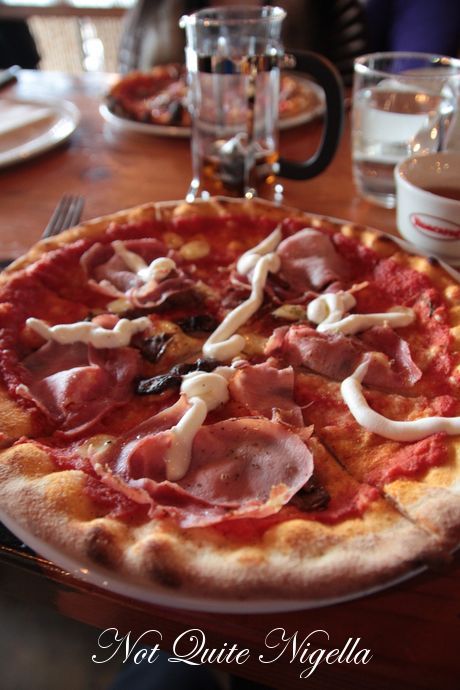 The pizza with porcinis has tomato, mozzarella, porcini, pancetta and mascarpone and I particularly liked the mascarpone which gave it just the right amount of creaminess that goes so well with mushrooms.

With our car boot full of cheese, black truffle, jams and teas, our tummies full with pizza and our minds full of memories, we slowly depart the Yarra Valley.

So tell me Dear Reader, do you try and visit places that locals go to when you visit a city or country? And do you eat food even if you're not hungry but just curious to try it? 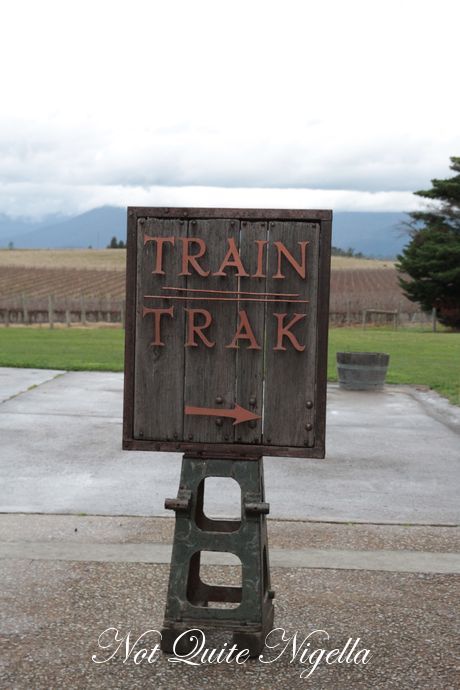 NQN flew to Melbourne as a guest of Pommery Wines in conjunction with Chateau Yering. All meals in this story were independently paid for. 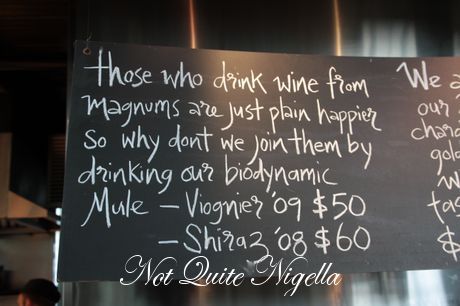