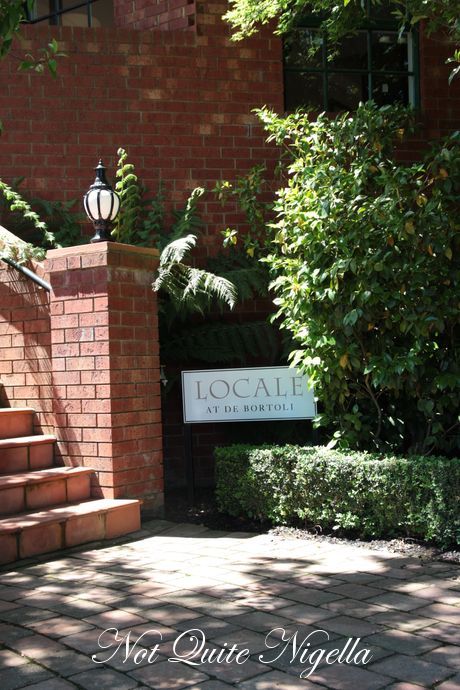 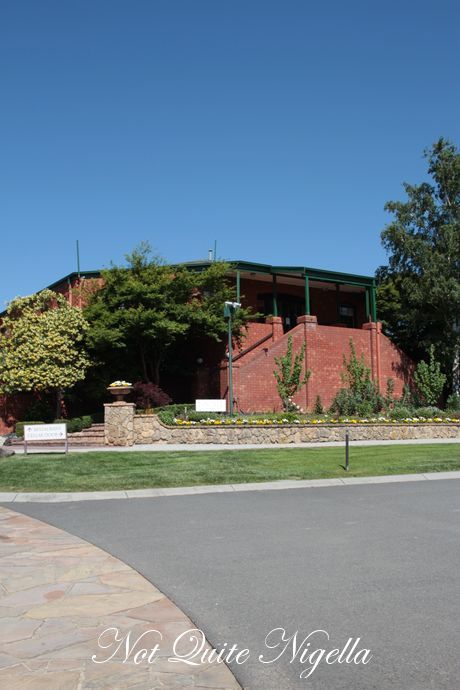 I'm nervous and have popped a Mintie into my mouth to steady my nerves. I had forgotten how enormous Minties are and instead end up chewing on it to try and make it softer, a seemingly impossible task at least for the first few seconds. Chris adjusts my P plate on the front of the car and we are off. And I'm driving a new car, a Yaris for the new Toyota launch and we are headed off to the Yarra Valley to Locale at De Bortoli estate to test it out and I'm a little bit petrified. And the giant lolly isn't helping. 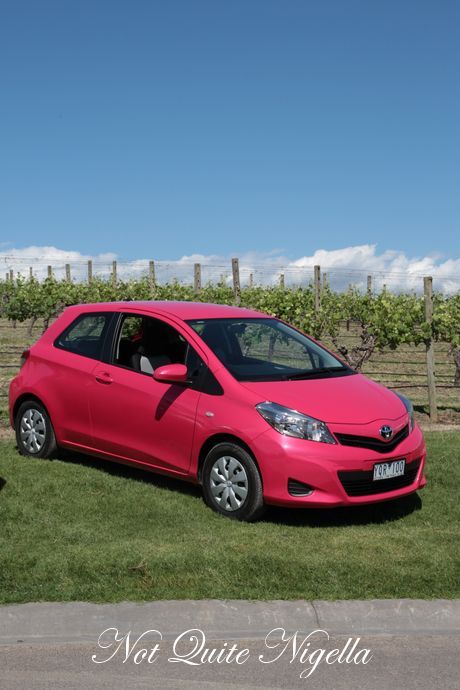 Ahhh thats better! The Yarra Valley is one of those fabulous areas just one hour outside of Melbourne that along with Beechworth, Daylesford and the Queen Victoria markets makes me feel slightly sad that we don't have. I take the one hour drive and test out the car. It's quick and there is a soft acceleration which causes me some alarm at first but before you know it I'm driving it and relaxing! 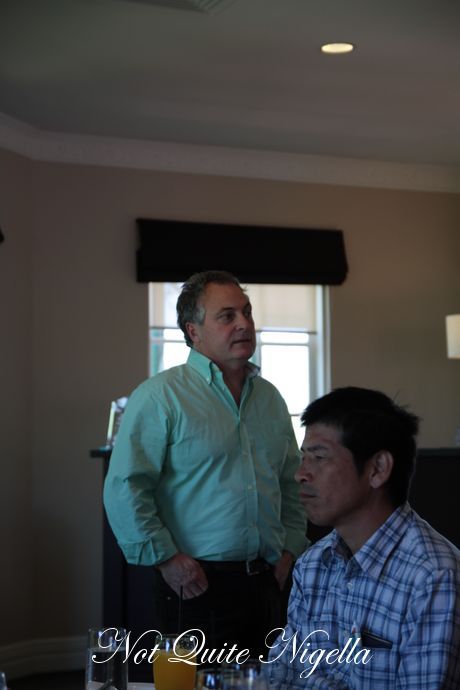 We arrive at De Bortoli estate which sprawls over acres and acres. They are known for their Noble One botrytis dessert wine. The wine maker Steve Webber tells us of how they make wines and the don't try to be everything to everybody. It is a family run business that started off in 1928 with Vittorio De Bortoli who arrived here and lived under a rainwater tank. He married Giuseppina De Bortoli  shortly after, their son Deen in 1951 started expanding the business and now and there are four siblings that run the estate. 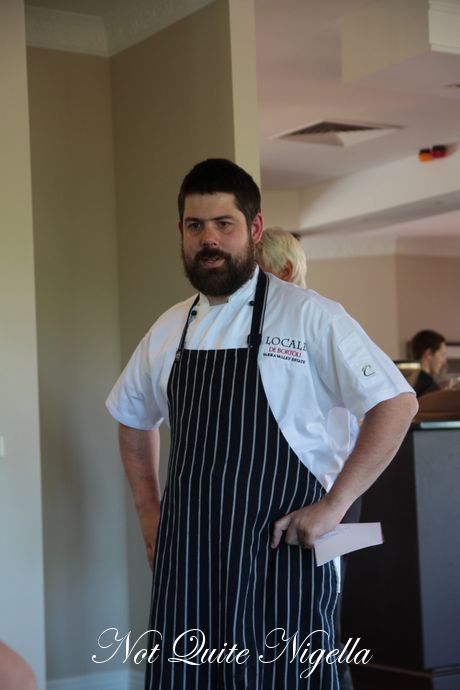 Chef Heath Dumesny has been cooking here for two and a half years first as a sous chef stepping up to head chef. Their garden area grows herbs and vegetables to supplement the restaurant. There's all sorts of herbs, rainbow chard,purple carrots, zucchini, artichokes to name a few and they like to use the garden to help guide the menu. Even if the produce isn't enough to cater for the whole restaurant, it helps them decide on the menu as what is growing in their garden is what is grown locally. 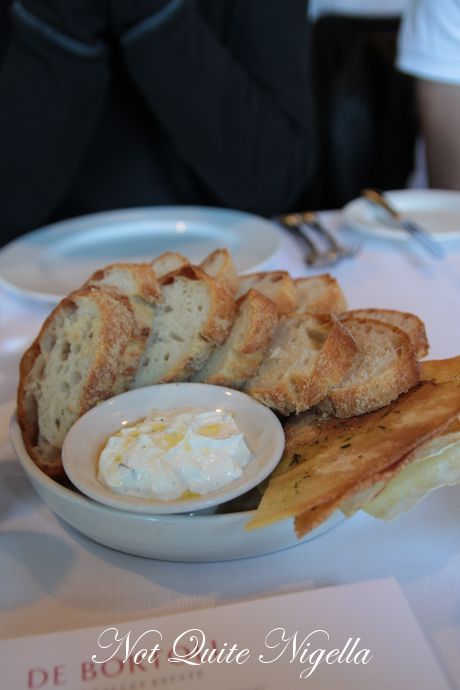 We start on the bread which is a fabulously satisfying and moreish house baked ciabatta which has a layer of salty polenta giving it a nice crunch. There is also a crispy paper thin rosemary carta di musica and a herb cheese that is like a labne yogurt cheese and is spreadable-delicious! 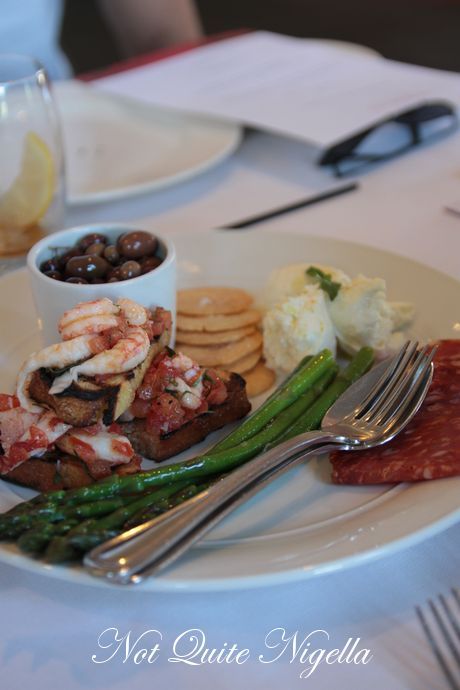 Our first course is a share plate of seasonal antipasto. There are tender, thin spears of grilled asparagus, calabrese salami, torn pieces of milky buffalo mozzarella, some crumbly, flakey and fabulous cheese biscuits and some salty olives in a range of sizes. My favorites are the mozzarella and the cheese biscuits which I could eat by the handful. 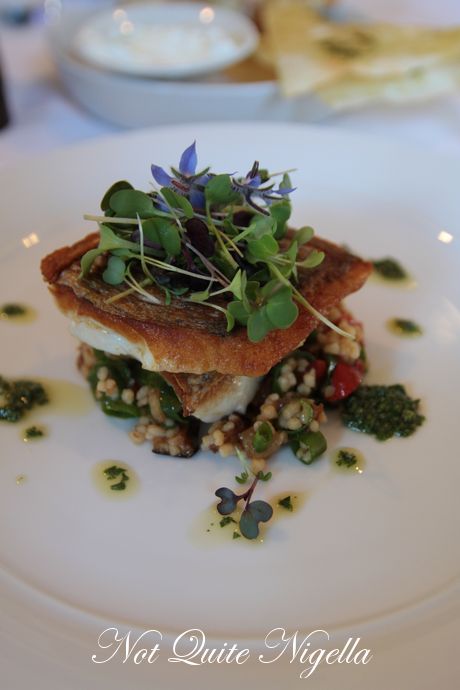 There are two pieces of pan seared snapper on this dish and it is full of flavour from the herbed fregola salad and the roasted vegetables. It is finished off with borage flowers and is accompanied by an excellent rocket salad. Sometimes plain rocket salad can be a bit too strong but this one is perfectly seasoned with lemon and olive oil. 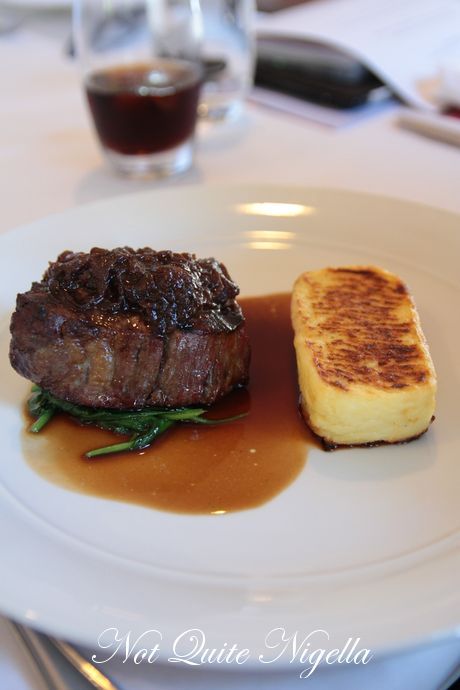 This was the other main so I didn't get to try this but from all reports it was very good and there were empty plates going back to the kitchen. 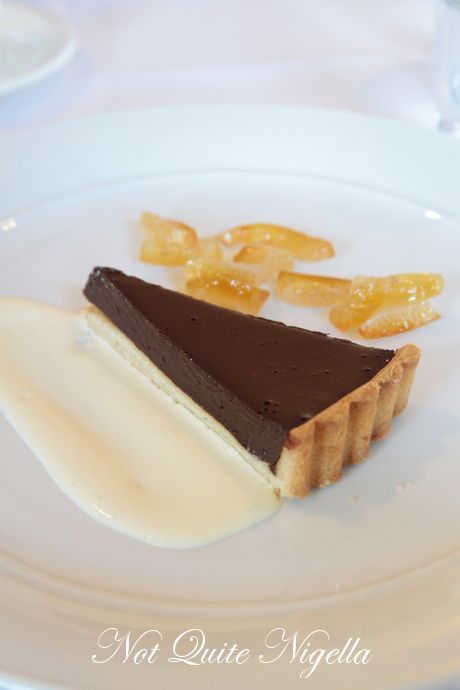 I normally go for lighter desserts in warmer weather but I had a chocolate craving. I do like salty and sweet as a combination but this tart was just too salty for me. I tried it with some of the candied orange and it was better but still it had a very strong hit of salt. 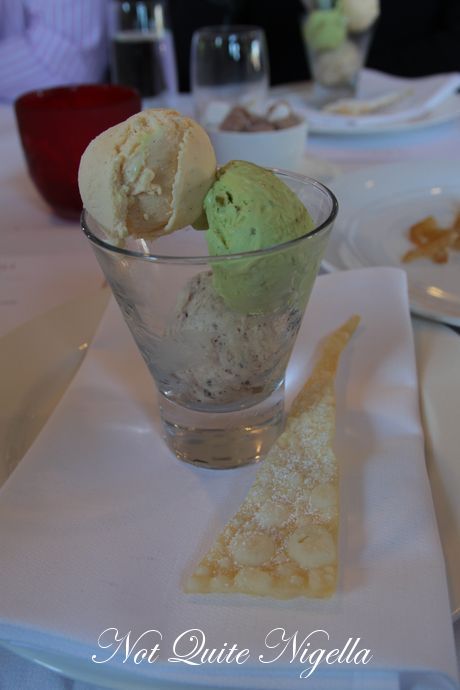 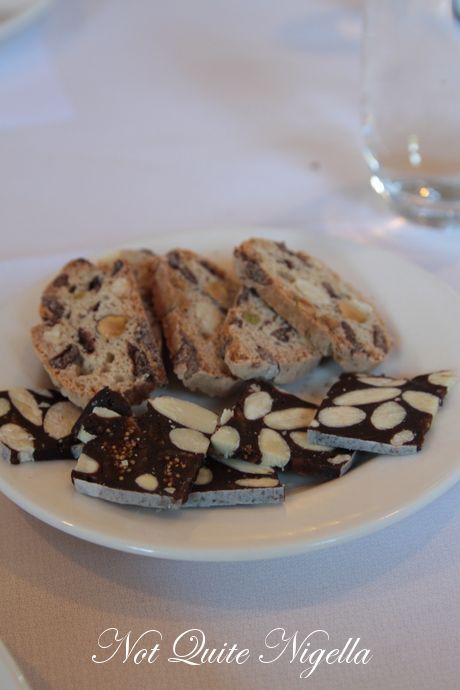 The cinnamon scented fig panforte is a nice treat to end the meal off with along with some crunchy almond and chocolate biscotti that predominantly tastes of almond. 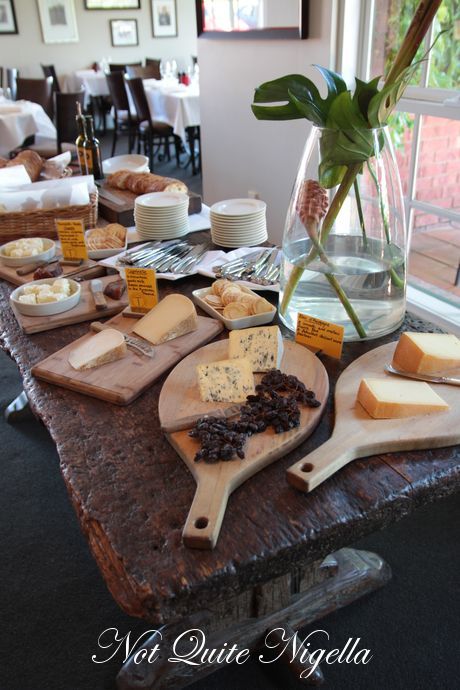 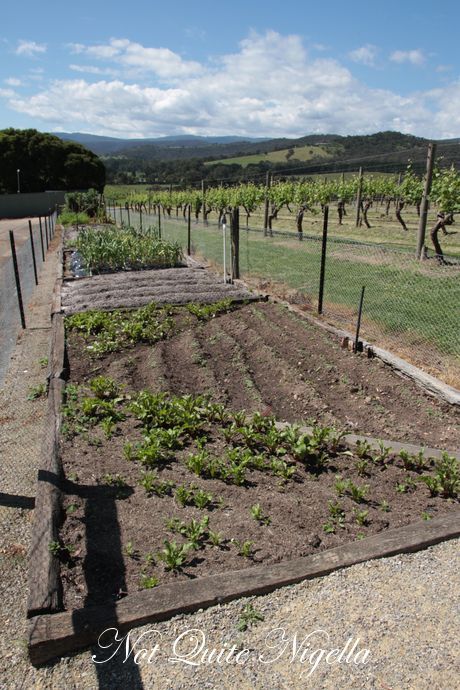 It's an absolute shame that we barely have enough time to enjoy the cheeses on offer so I quickly sneak in some fantastic goats cheese before we have to head off. Chef Heath shows me the gardens that stretch around the building and points out into the distance where they grow oranges and lemons.  We are taking a different route home, one which involves numerous twists and turns. I brace myself for the drive-but this time I don't take a Mintie! 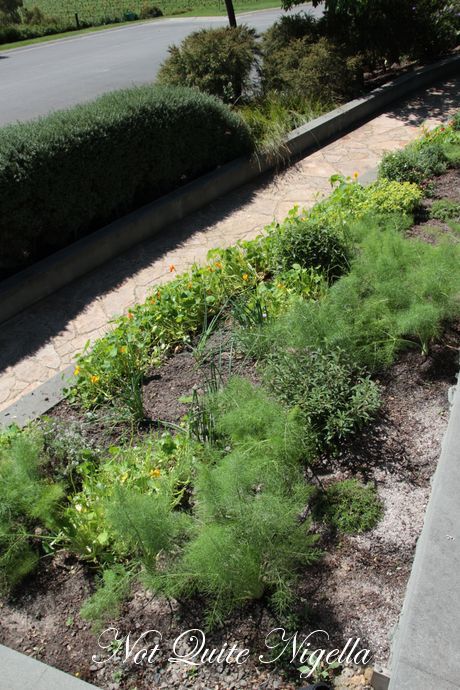 So tell me Dear Reader, are you a nervous driver? And are you a chocolate dessert sort of person or a fruit and ice cream sort of dessert eater? 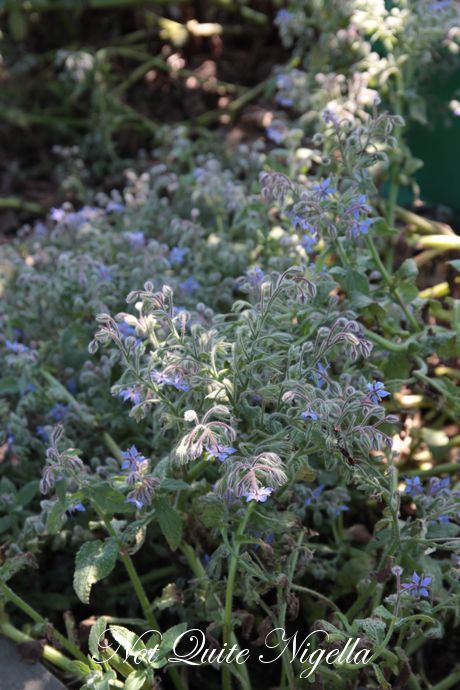 NQN visited Locale as a guest of Toyota 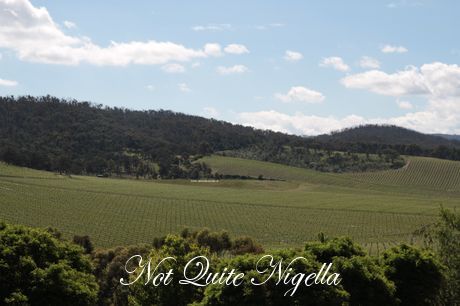