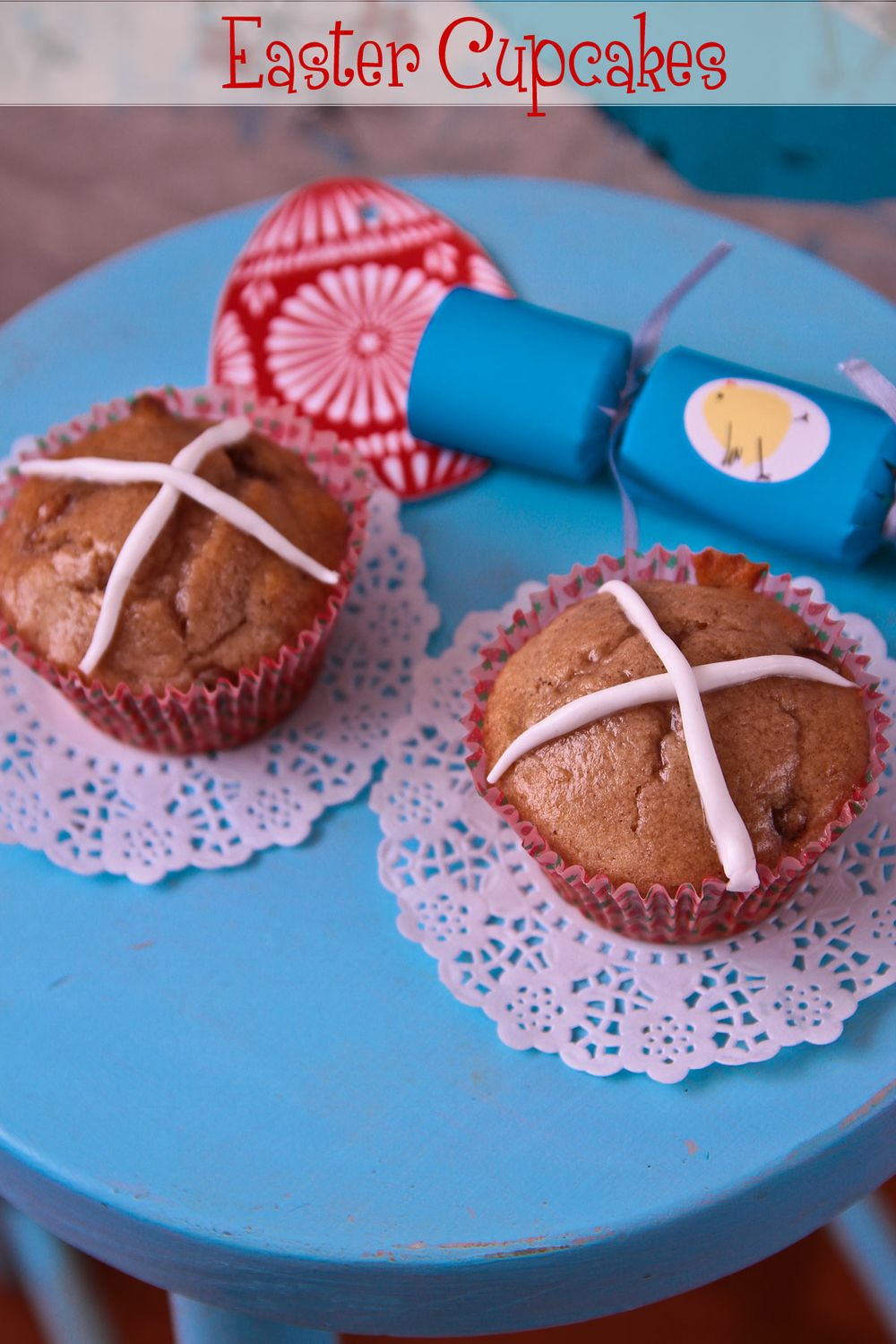 I don't think I've ever mentioned this but during university I used to be a waitress. Not so remarkable in itselfm but what was remarkable was how utterly terrible I was at being one. I was friendly but I never mastered the art of carrying multiple plates down my arms and I was just so uncoordinated that it was always destined to be a very short career (it lasted just three months).

There was a woman who worked at the same cafe that reminded me of a smoking Edith Piaf. All large saucer eyes with a sparrow-like frame, she used to sit down most of the time at the table nearest to the pass and light up. This was way back when you could smoke in a restaurant. With her raspy voice she used to ask the chef for "ciiiinnammon toasto." He used to indulge her as she was related to the owner and come Easter time she would ask for "ciiiinammon bun toasto" which was a buttered, toasted Easter bun. After her cigarette was finished, the buttery bun or toast would arrive and she would eat it slowly while staring out at a distance.

Every time I have a hot cross bun I think of that woman. Back then I had sworn off cinnamon toast or any sort of toast back then (way too much butter and sugar) but the way that she relished eating both of these convinced me to ask the chef for a plate of it once and it started an addiction to hot cross buns and cinnamon toast. I also love how adding a sprinkle of cinnamon and sugar suddenly livens up a bun or a piece of plain bread. 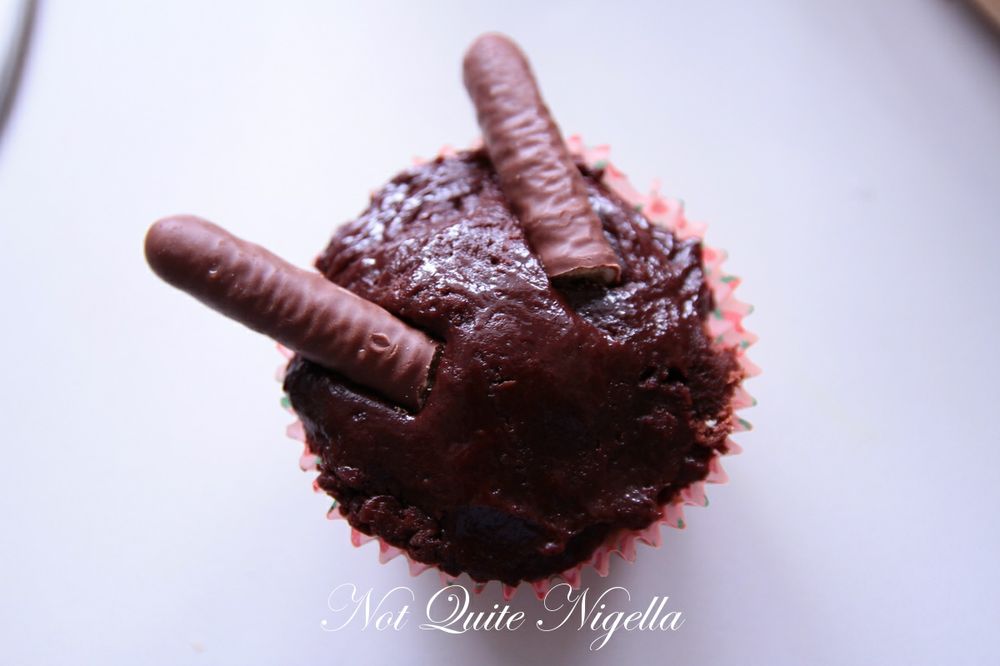 I've been baking a lot of bread lately so I thought that instead of making hot cross buns for Easter, I'd make hot cross bun spiced cupcakes that I could make in different forms. These little cupcakes are actually closer to sultana and spice muffins. I thought that I'd do some plain that looked like hot cross buns but also ones with different decorations. I saw some chick cupcakes on my travels across the internet (although in my flu daze I can't remember where!) and I thought that I would do some bunny ears using some chocolate biscuits. My favourites taste-wise were the chicks with the vanilla buttercream and sugar coating - I was worried that they would be too sweet before I tried them but they're not outrageously so I promise. The simplest to make though were the hot cross bun cupcakes as all that was required was glazing with some jam and then making a cross. 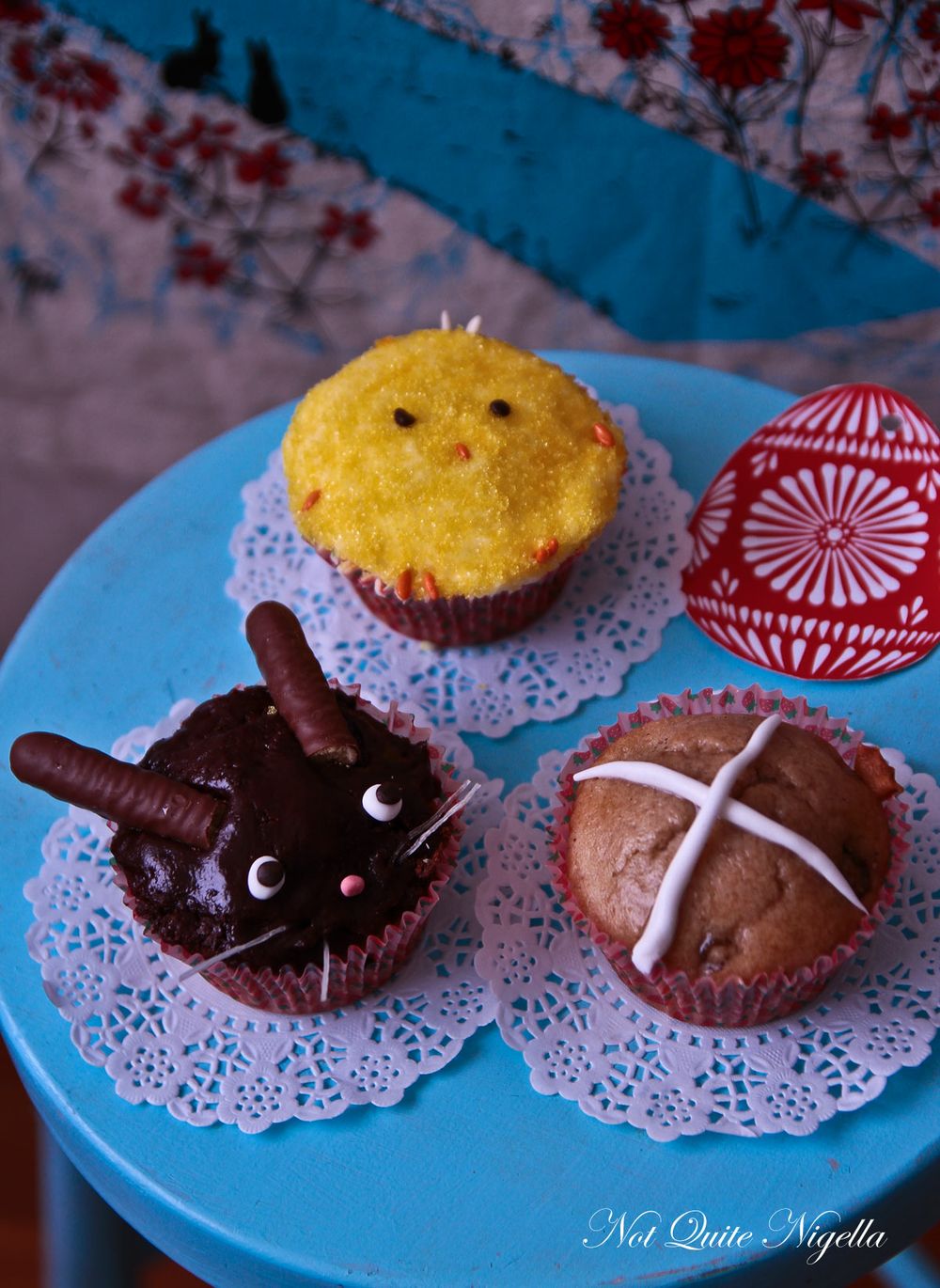 My short stint as a waitress ended not when I accidentally hit a guy in the head with a plate (he actually turned around sharply to get up in his booth and whacked himself in the head with the plate of food that I was bringing him) but it was when I quit. It was a day where the cook left a bit of his singlet in someone's lasagne. It was apparently my fault that I hadn't lifted up the blanket of cheese and checked that there wasn't a piece of cotton from his fraying singlet there. The one that was blaming me was not the customer but the cook himself!

So tell me Dear Reader, what was the worst job that you've had or the one where you've felt the most out of your depth? 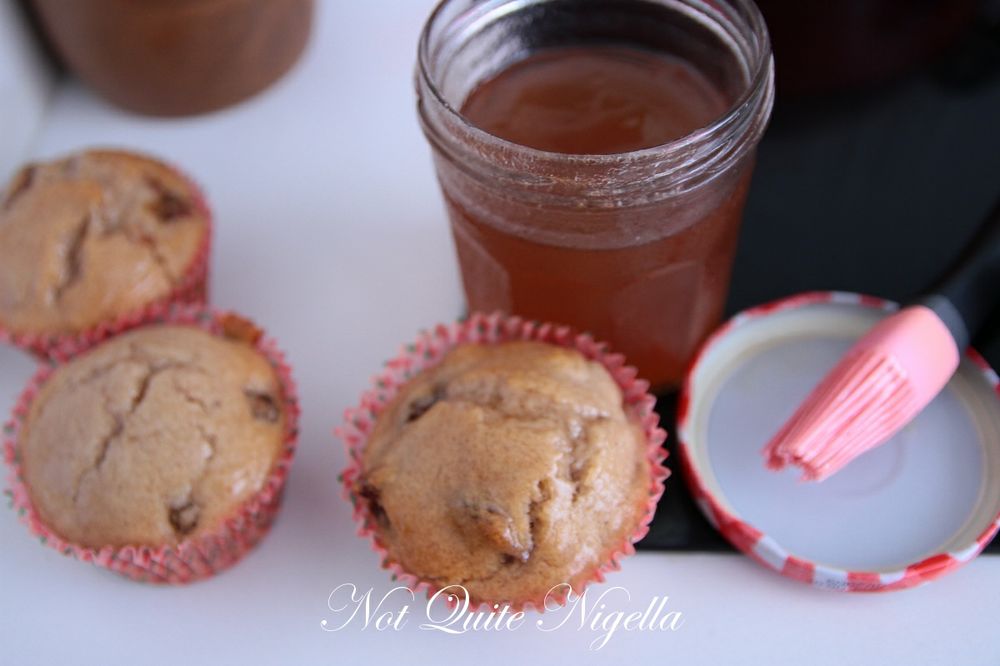 For the hot cross bun cupcake

For the bunny cupcake

For the chick cupcake 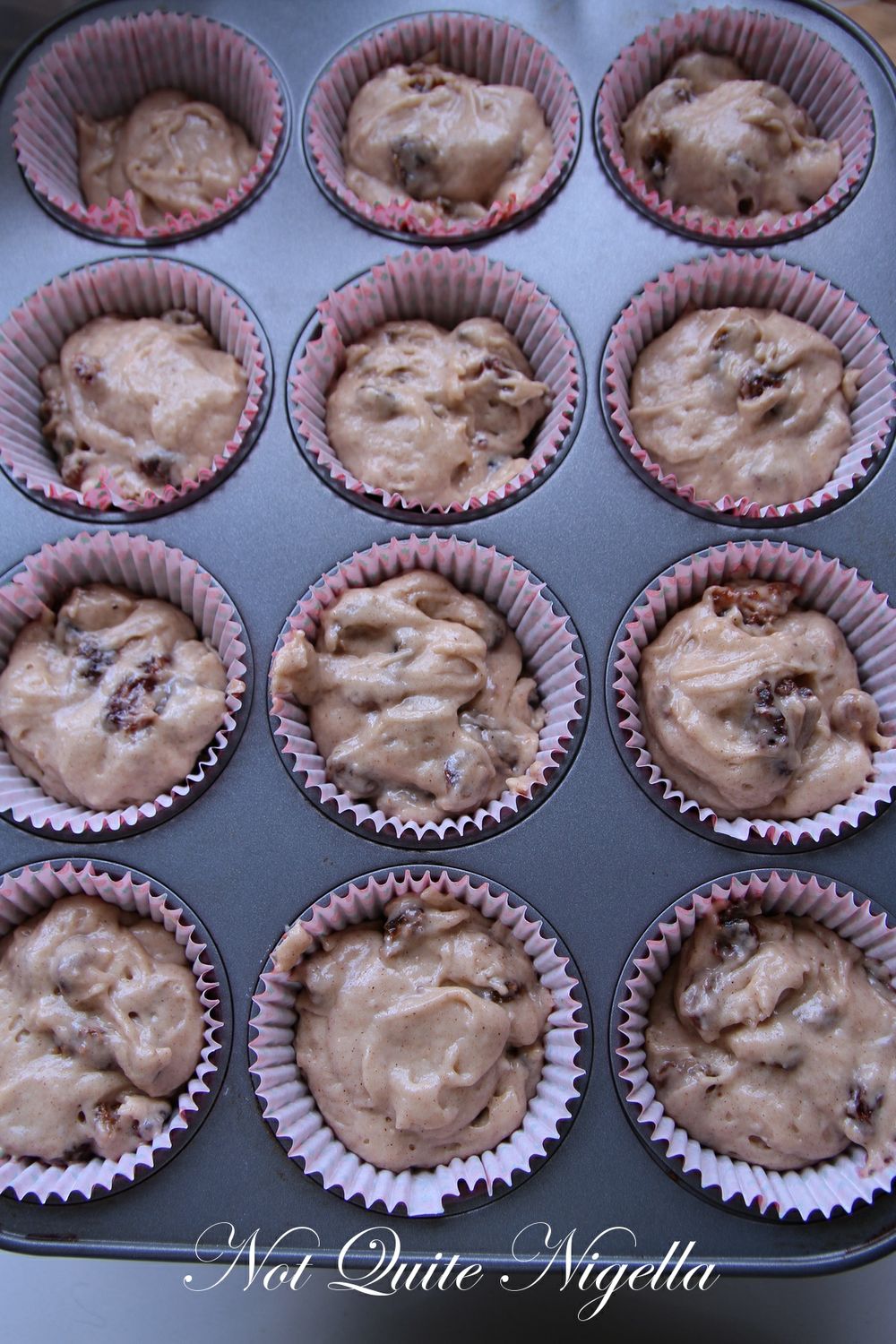 Step 1 - Preheat oven to 180c/350F. Line a cupcake tray with liners. In a medium sized bowl, mix the egg, butter, sugar and milk or yogurt. Then mix in flour, baking powder, cinnamon, mixed spice, salt and sultanas. Do not over mix. Using two spoons, fill the cupcake cases with batter about three quarters full. Bake for 20-25 minutes until a skewer inserted comes out clean. Cool. 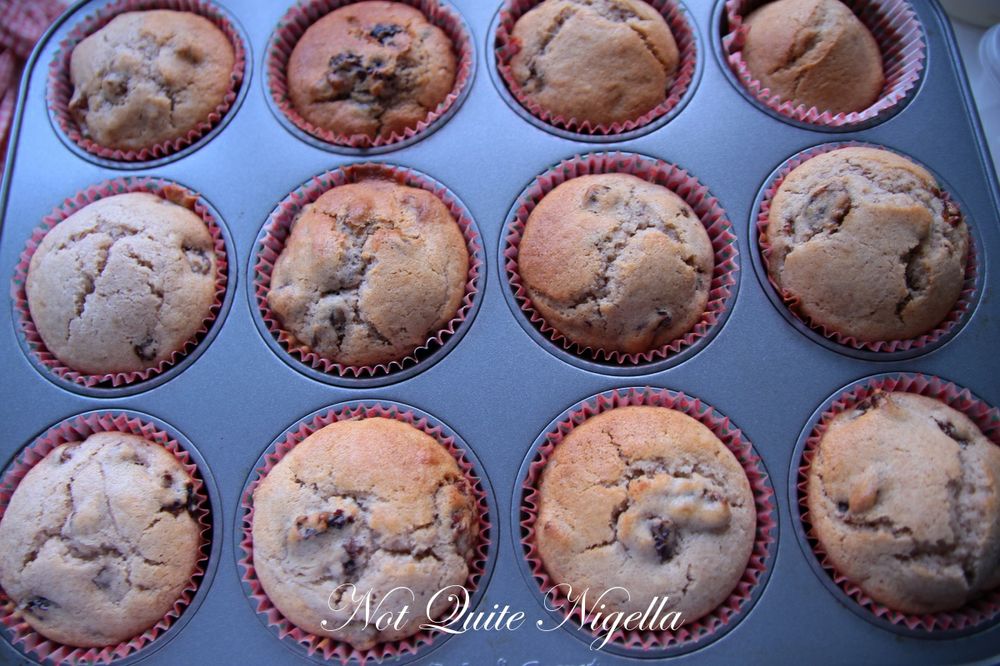 Step 2 - To make the hot cross bun cupcakes, brush the tops with apricot jam to keep it moist and then either roll out some white fondant into thin sausages and make crosses. Or you can melt some white chocolate and put it in a parchment cone and then pipe it onto the top of the cupcake.

Step 3 - To make the bunny cupcake spread the cupcake with chocolate ganache smoothing the top (I find this easiest with a fridge set and not runny ganache). Cut the chocolate finger biscuits to fit (I made them about 3/4 the length of the biscuit) and place on top of the ganache. Add eyes and nose and stick in vermicelli to simulate whiskers. 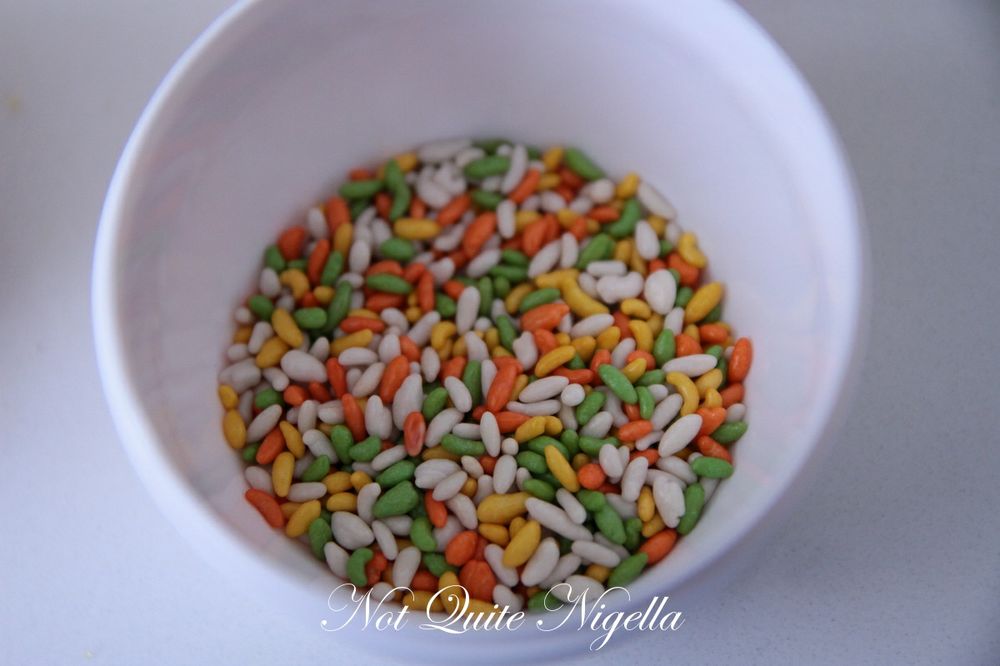 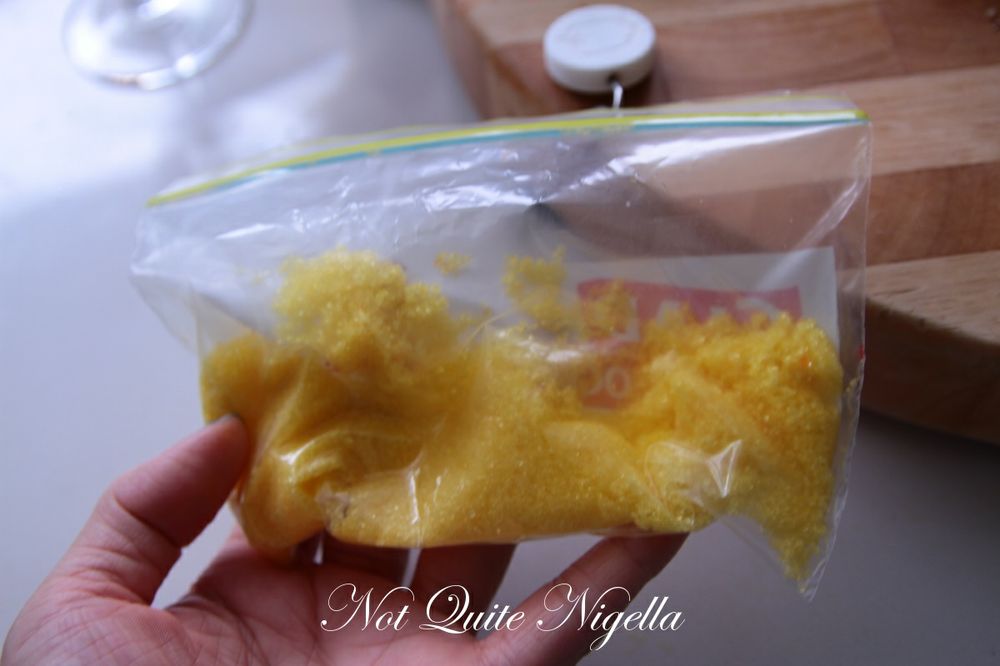 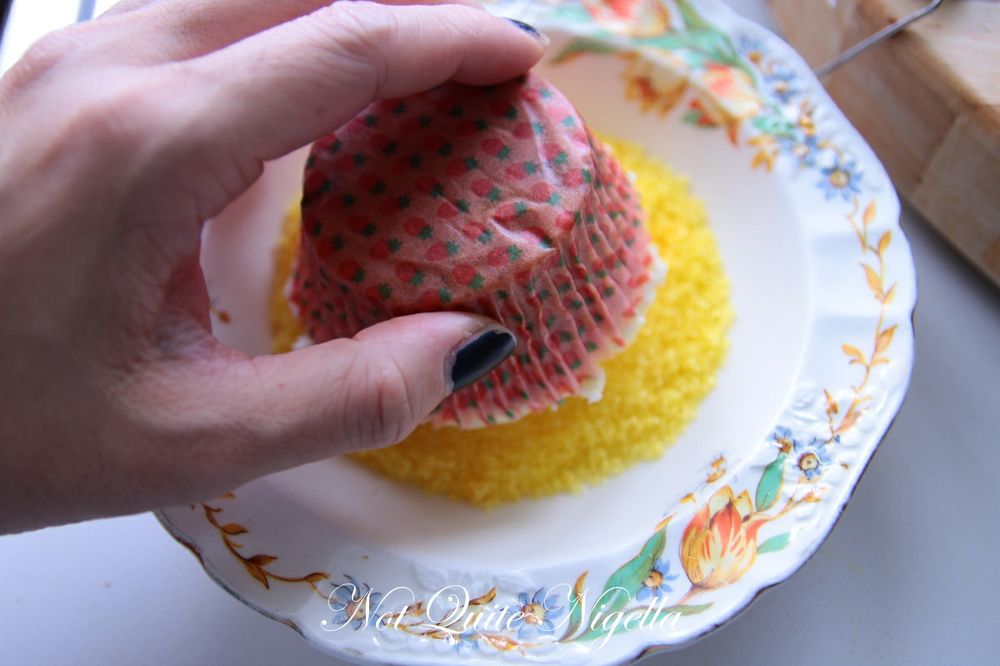 Step 4 - To make the chick cupcakes, spread with vanilla buttercream using a palette knife and smooth on top. Add brown fondant eyes first. In a ziplock bag place some sugar (about 1 tablespoon per cupcake) and then some drops of yellow food colouring and shake it about so that the colour is evenly distributed. Place the coloured sugar in a shallow bowl and press the buttercream top into the sugar coating the top.

Step 5 - Add the orange fennel seeds or nonpareils to make wings and feet and add white ones on top to make hair.

1. Make the ganache by melting the chocolate over a double boiler (a bowl fitted above a saucepan of simmering water ensuring that the water doesn't touch the bowl) and then adding the cream.Mix until smooth and refrigerate until needed .

Step 1 - Make buttercream by beating the butter until smooth and then adding the icing sugar and vanilla paste until it becomes a smooth, fluffy texture. You dont want this too stiff as it will be hard to pipe so add a teaspoon of milk if you need to. 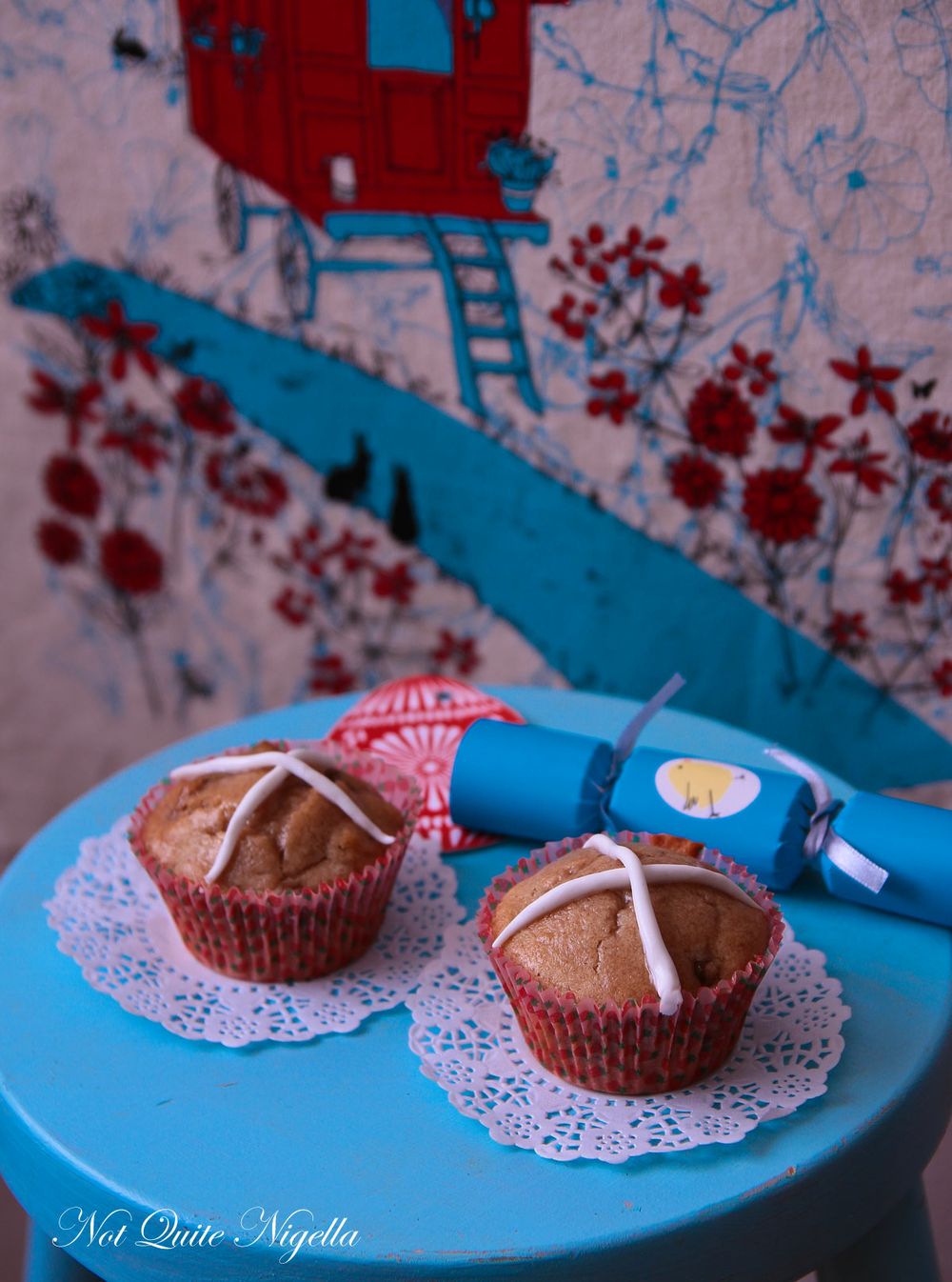