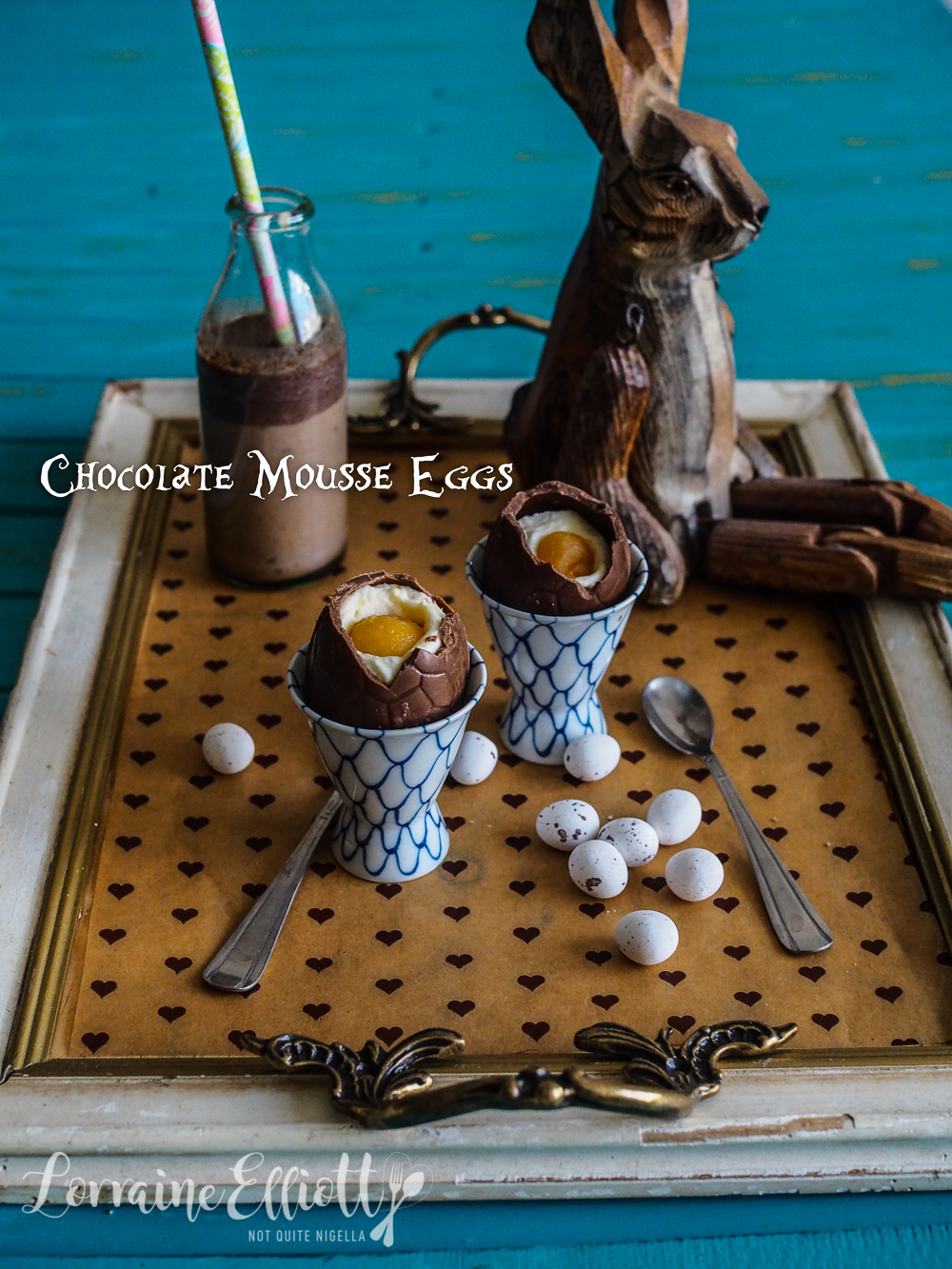 Happy Easter holidays everyone! I've got a very fun and simple recipe for you this Good Friday (which you're hopefully enjoying and having a relaxing time). It's a simple but adorable way to serve eggs for breakfast. Don't tell anyone that it's a chocolate egg filled with white chocolate mousse "Creme Egg" style though ;)

This is a recipe if you are addicted to creme eggs. I know so many friends that are (I'm not really, they hurt my teeth). And I was recently watching my friend Ivy live stream on Instagram stories. Her husband Ryan was away for a few weeks and she was having a grand time doing pilates, relaxing in her house reading and playing with her sausage dogs. But one day after pilates she went shopping and was pretty steaming mad and took to a live stream. I thought that someone had cut her off in traffic or been rude about her dogs. It turned out that she was mad that she was trying to be healthy and they released tubs of creme egg ice cream. Just insert Law & Order dong dong sound ;). 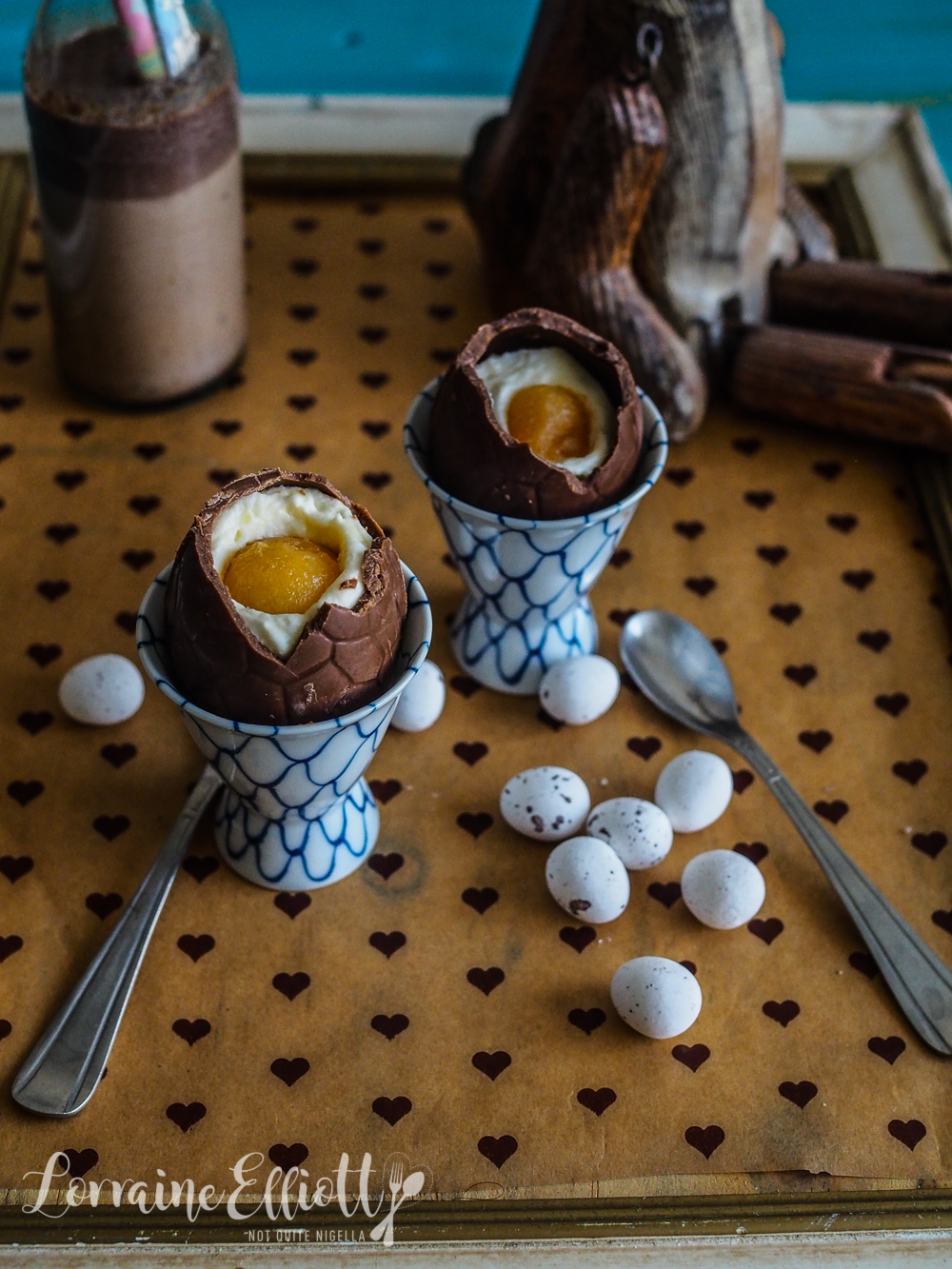 I asked her about the ice cream. "I ate too much of it, about a third. And then I did that thing from Sex and the City where you throw it in the bin and cover it up with stuff so you won't go in the bin and eat it. Cadbury @#$holes," she said unhappily in her Southern drawl.

We've all been there I'm pretty sure where we've had to studiously avoid food because it's too moreish. But these eggs, if you'll indulge me, are portion controlled. They're sweet but not overly so but they do have the creme egg kick of sugar from the dulce de leche. And I do believe that you could even have these for breakfast no? Just because a four day long weekend deserves something special.

So tell me Dear Reader, are you good at stopping eating something? Is there a food that you can't stop eating (me: potato chips or hot chips or French fries). Have you ever thrown something in the bin so you wouldn't eat it? 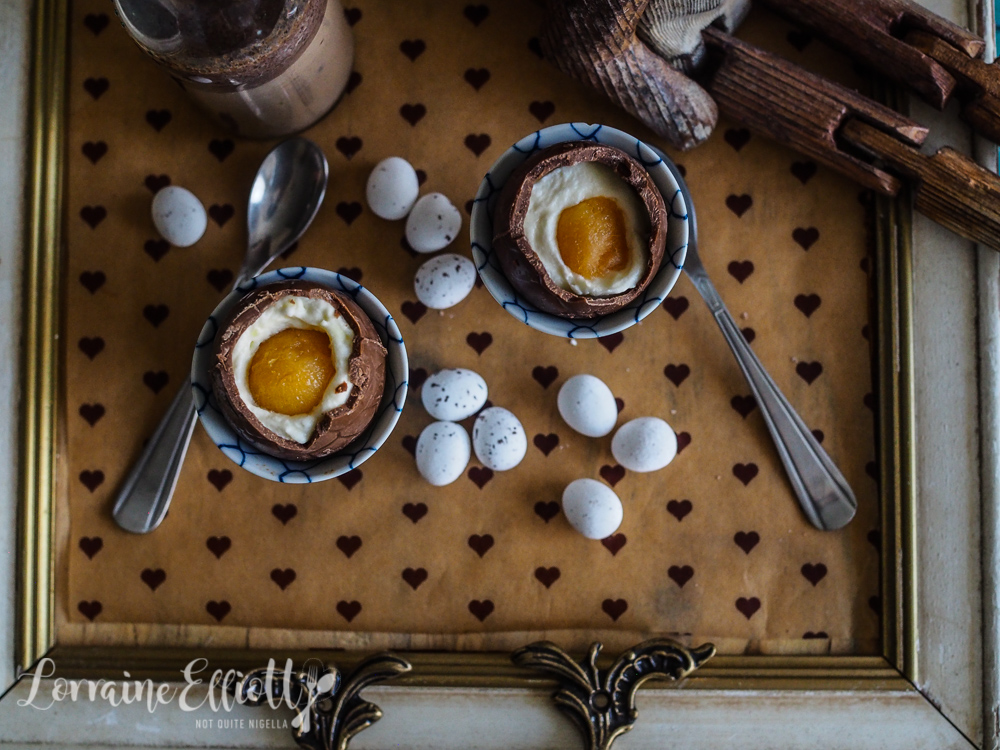 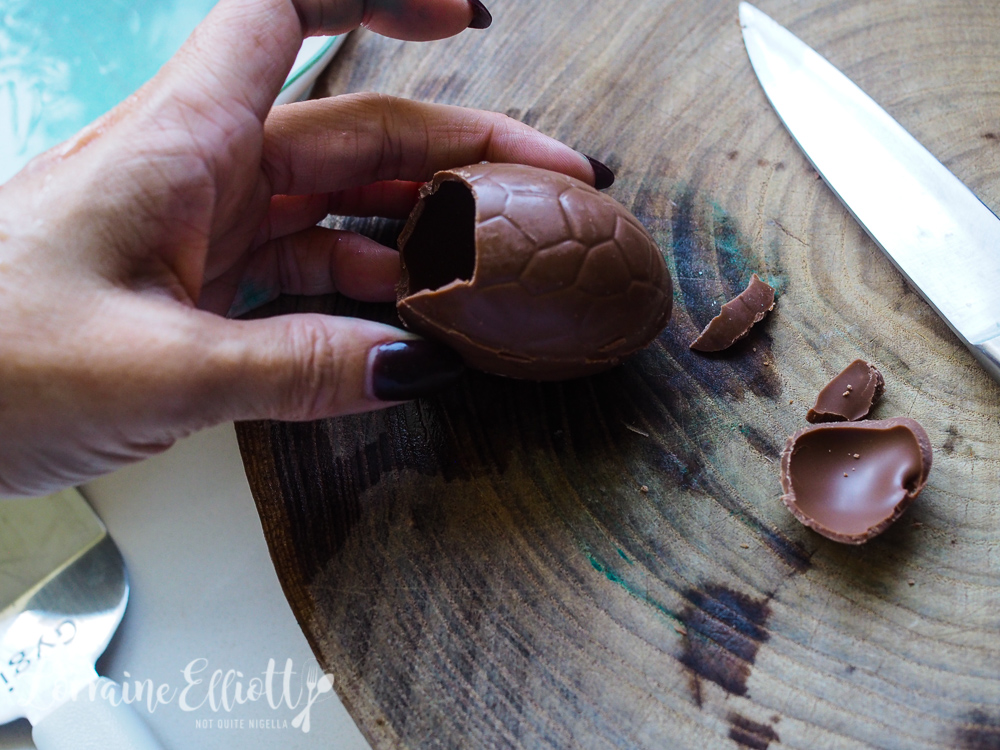 Step 1 - Unwrap Easter eggs. Cut out the tops with a sharp knife. Place in an egg carton or in egg cups. Melt the white chocolate in a microwave or over a double boiler until smooth and then cool for a few minutes. Whip the cream until you get soft peaks. Add in the white chocolate and whip again until combined.

Step 2 - I add a little scoop of dulce de leche at the bottom of the eggs (just for a surprise). Then place the mousse in a piping bag and pipe into the chocolate egg shells. Scoop balls of dulce de leche to get small round "yolks" and place in the mousse.